Things are getting serious between Harry Styles and Olivia Wilde almost a year into their relationship. She recently discussed their 10-year-age gap in an interview with Vogue.

“But I think what you realize is that when you’re really happy, it doesn’t matter what strangers think about you. All that matters to you is what’s real, and what you love, and who you love.”

Harry Styles and his 10 years older girlfriend Olivia Wilde have started to get to know each other’s families (Credit: Avalon / Mega / WENN)

Taking their romance to the next level, it has been reported that the two have already “started getting to know each other’s families.”

Olivia has been introduced to Harry’s mother, and “all the meetings have gone very well,” an insider told Us Weekly, adding that they are planning to spend “some of this holiday season together.”

Another source told People that Harry and Olivia “have a great relationship.” “Harry is slowly getting to know her kids,” whom she shares with her ex-fiancé Jason Sudeikis. “Olivia is also spending time with Harry’s mom.” 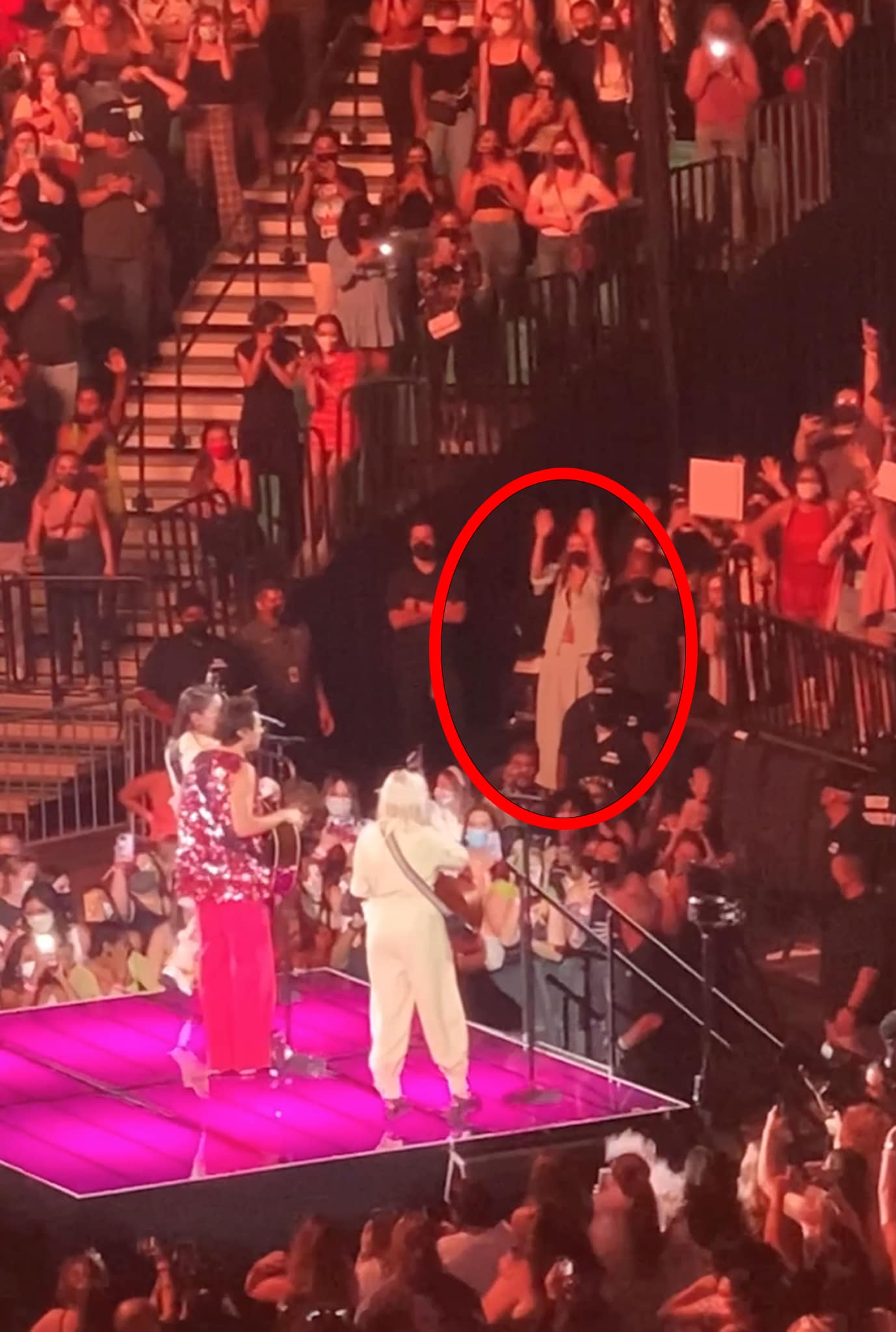 Aside from marking their first Christmas together, the couple will also be celebrating their first anniversary. The two met in November 2020 while filming the psychological thriller Don’t Worry Darling, with Harry Styles in the lead and Olivia Wilde in the director’s chair.

They reportedly kept their romance under wraps for a while until January 2021 when they were photographed holding hands at the wedding of Harry’s manager in California.

Making sure she stays fit during the holidays, the Tron: Legacy star was pictured heading to the gym in Los Angeles on Friday. 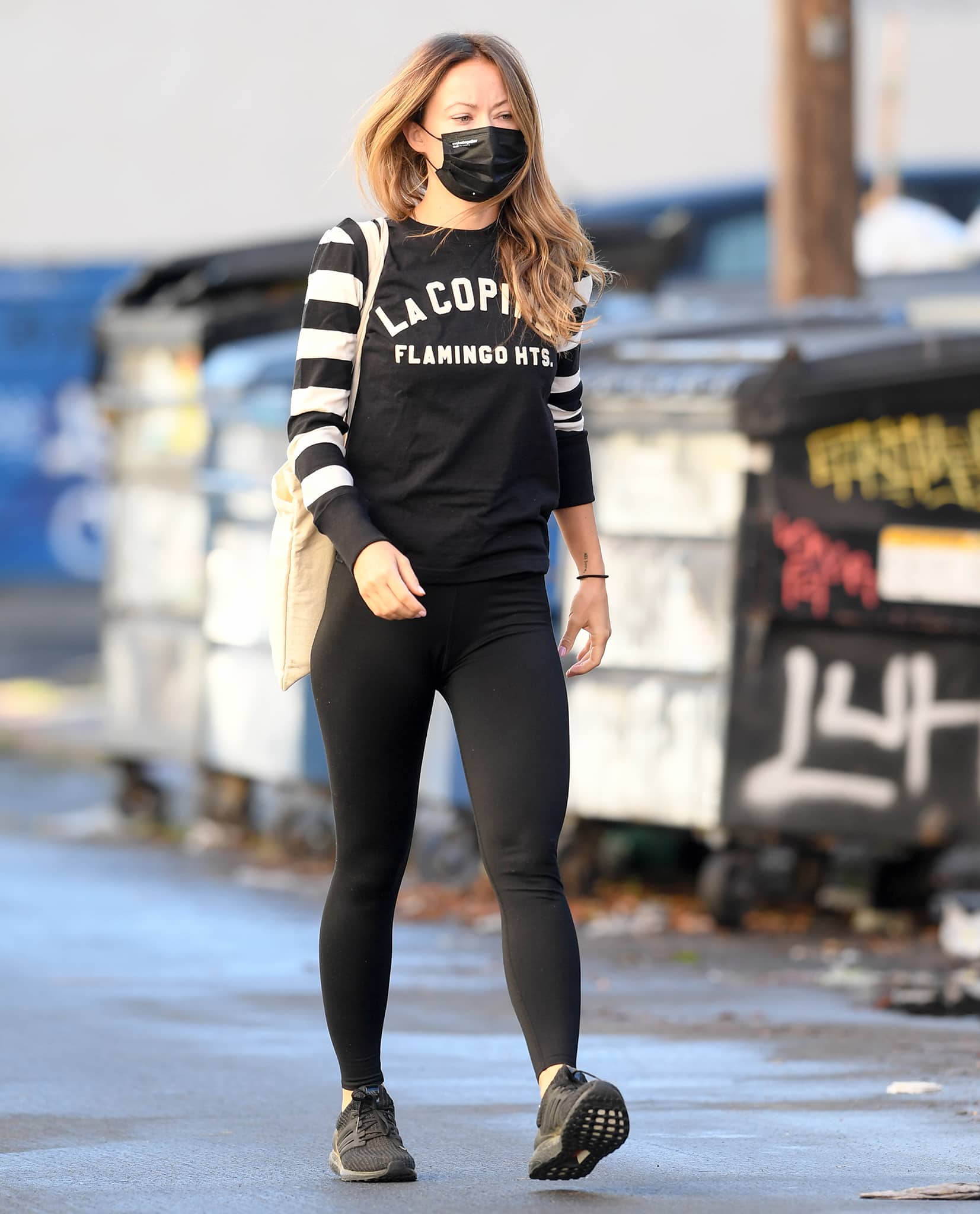 She styled her athletic wear with a necklace and slung a $15 Christy Dawn canvas tote over her right shoulder.

Looking makeup-free for the outing, Olivia wore her tresses loose, cascading over her shoulders, and stayed safe with a black EvolveTogether face mask. 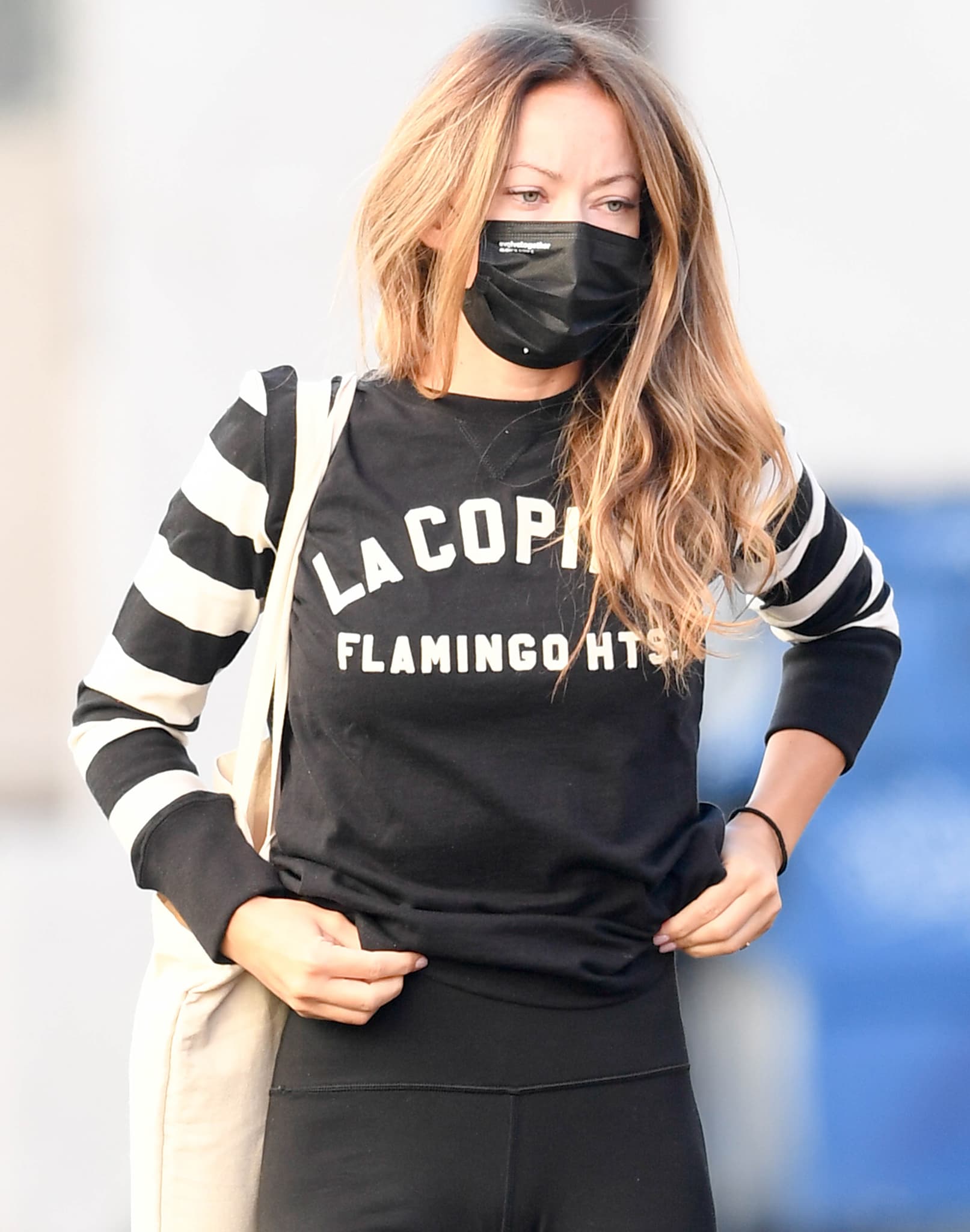 Made with Primeblue, a high-performance recycled material made in part with Parley Ocean Plastic, these Adidas shoes feature a sock-like fit, the brand’s Ultraboost DNA, and Continental Better Rubber soles. 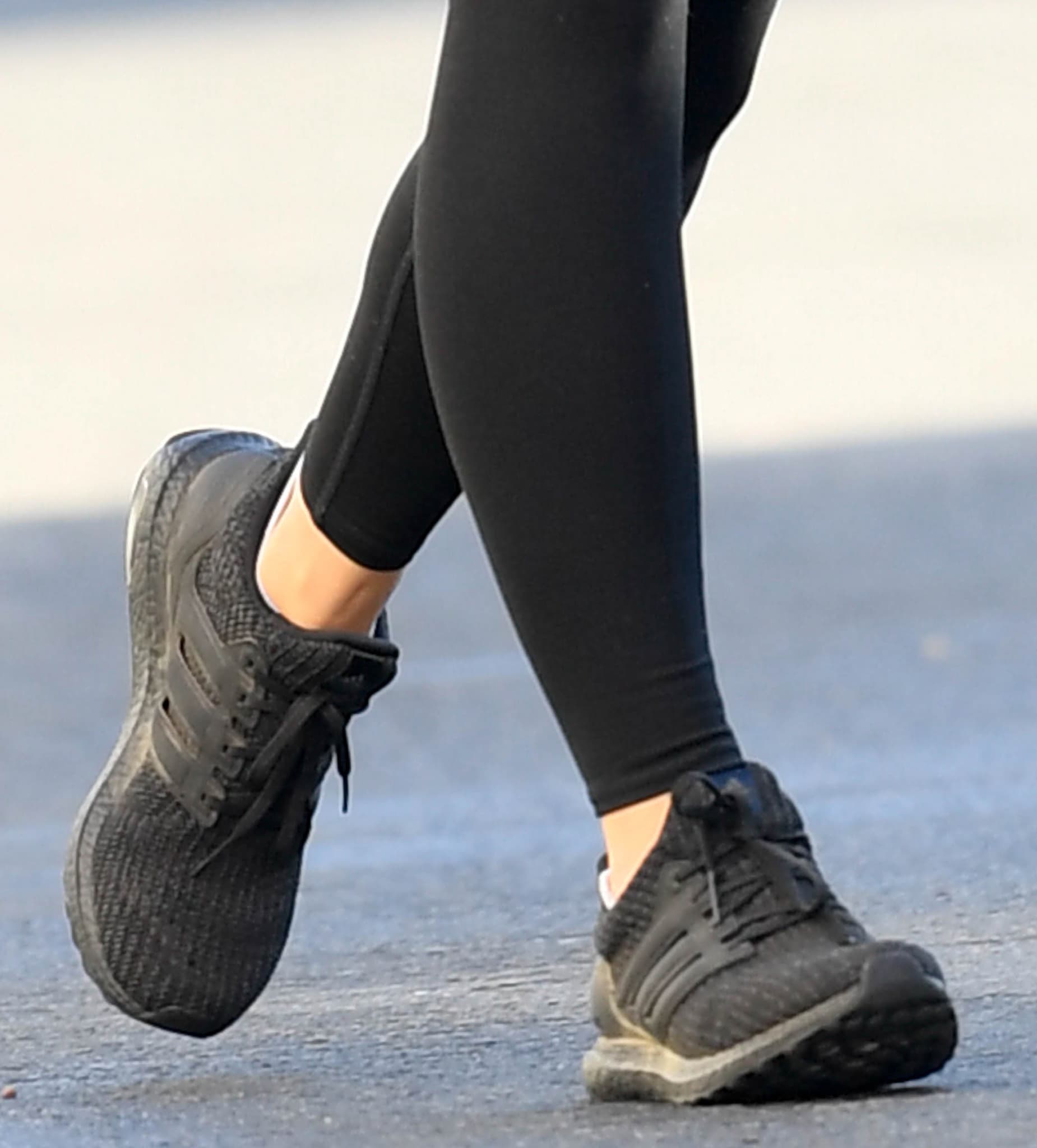 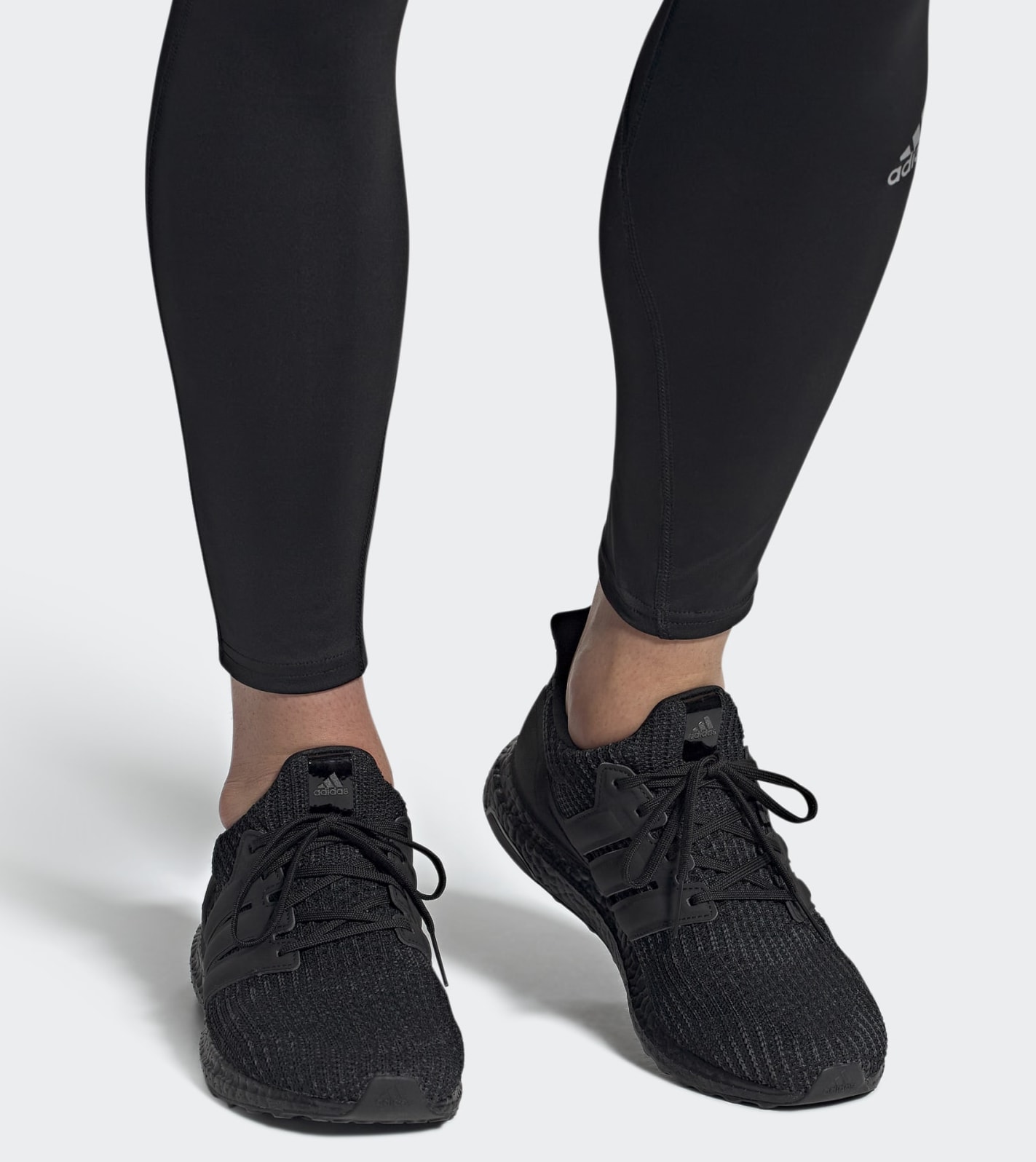