The Jordan Zoom Separate‘s release outside of Asia has been staggered by global logistical issues, but that hasn’t stopped the Luka Dončić-approved silhouette from putting together a sizable colorway roster.

For its latest proposition, the Zoom Air-cushioned model has indulged in yet another white, black and red makeup appropriate of any Chicago Bulls-related attire. Unlike a previously-surfaced pair boasting the same color palette, the latest Brand Jordan offering divvies up the mesh and synthetic fuse-covered upper in a “yin-and-yang”-reminiscent arrangement, with forefoot areas and tongues boasting a “colorless” style. Construction from the mid-foot to spine, then, opts for a tonal black look, which also includes the collar and midsole. Jumpman logos on the top of the tongue and heel deviate in stark red contrast, just as the Air-cushioning and stability plate sections underfoot.

A stateside Nike.com launch hasn’t been disclosed by the brand, but that’s likely to change in the coming weeks. In the meantime, enjoy official images of the shoes ahead.

Elsewhere under the NIKE, Inc. umbrella, the Nike LeBron 19 has recently appeared in a handful of new styles. 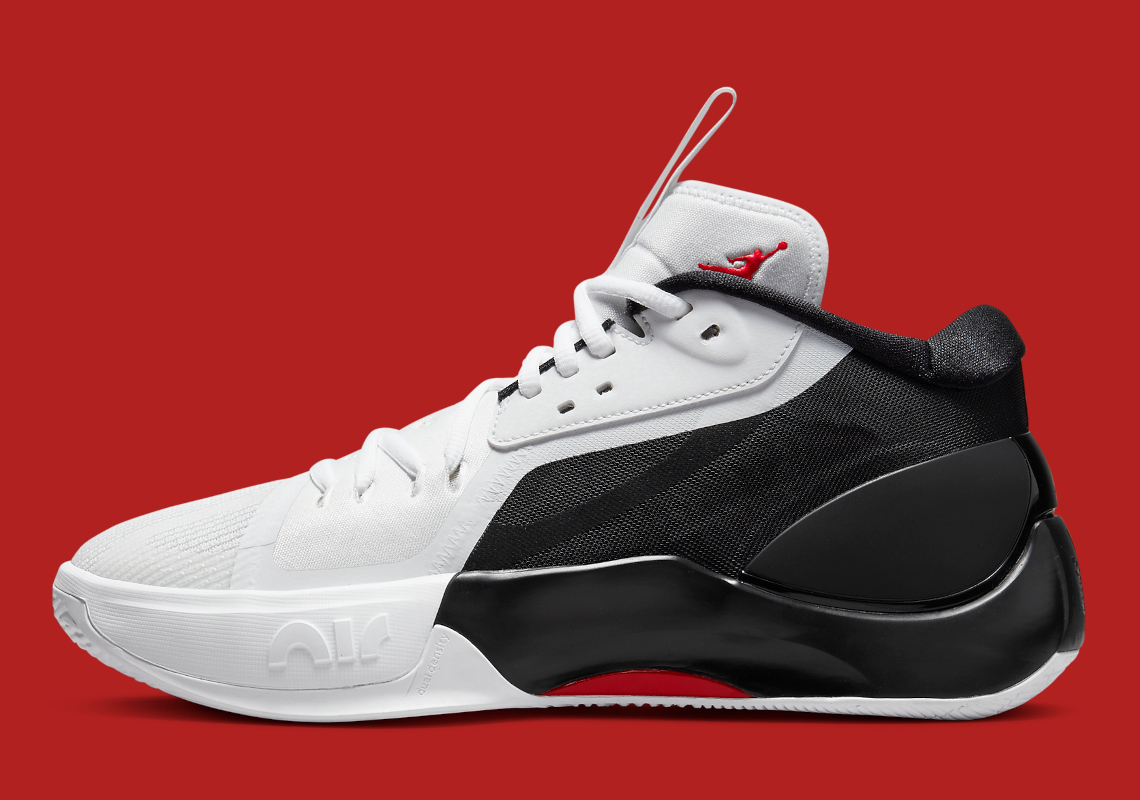 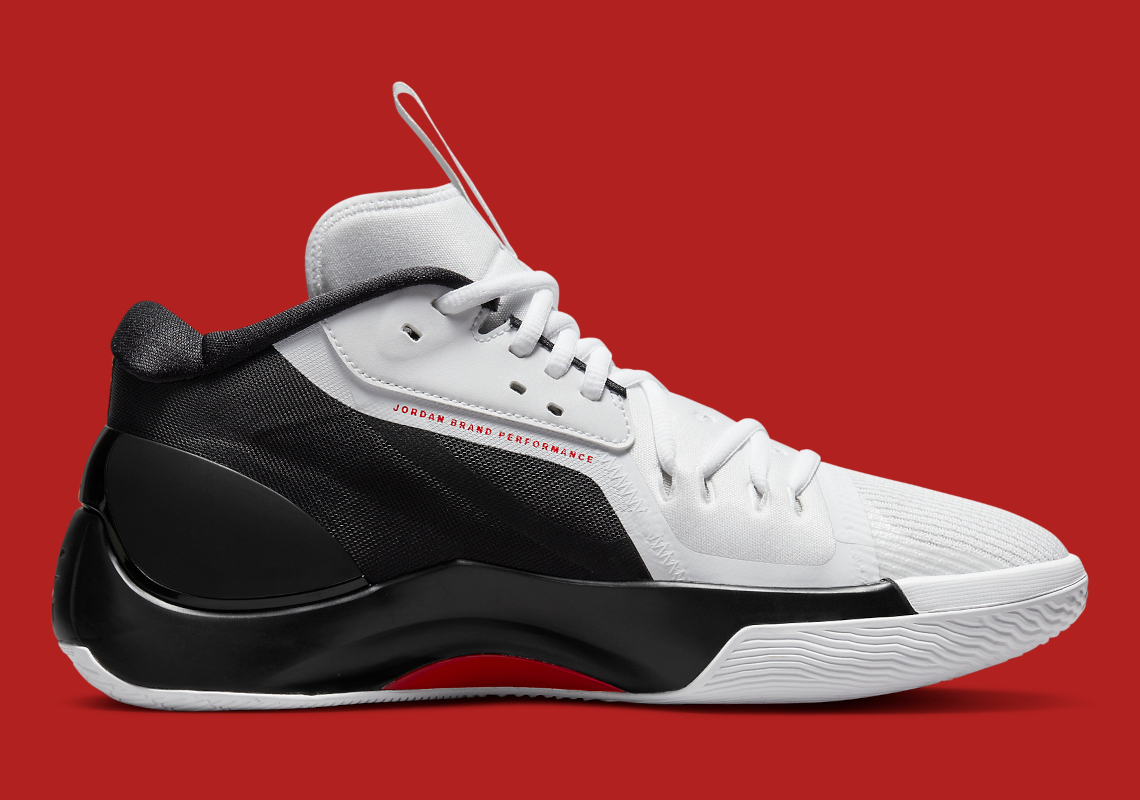 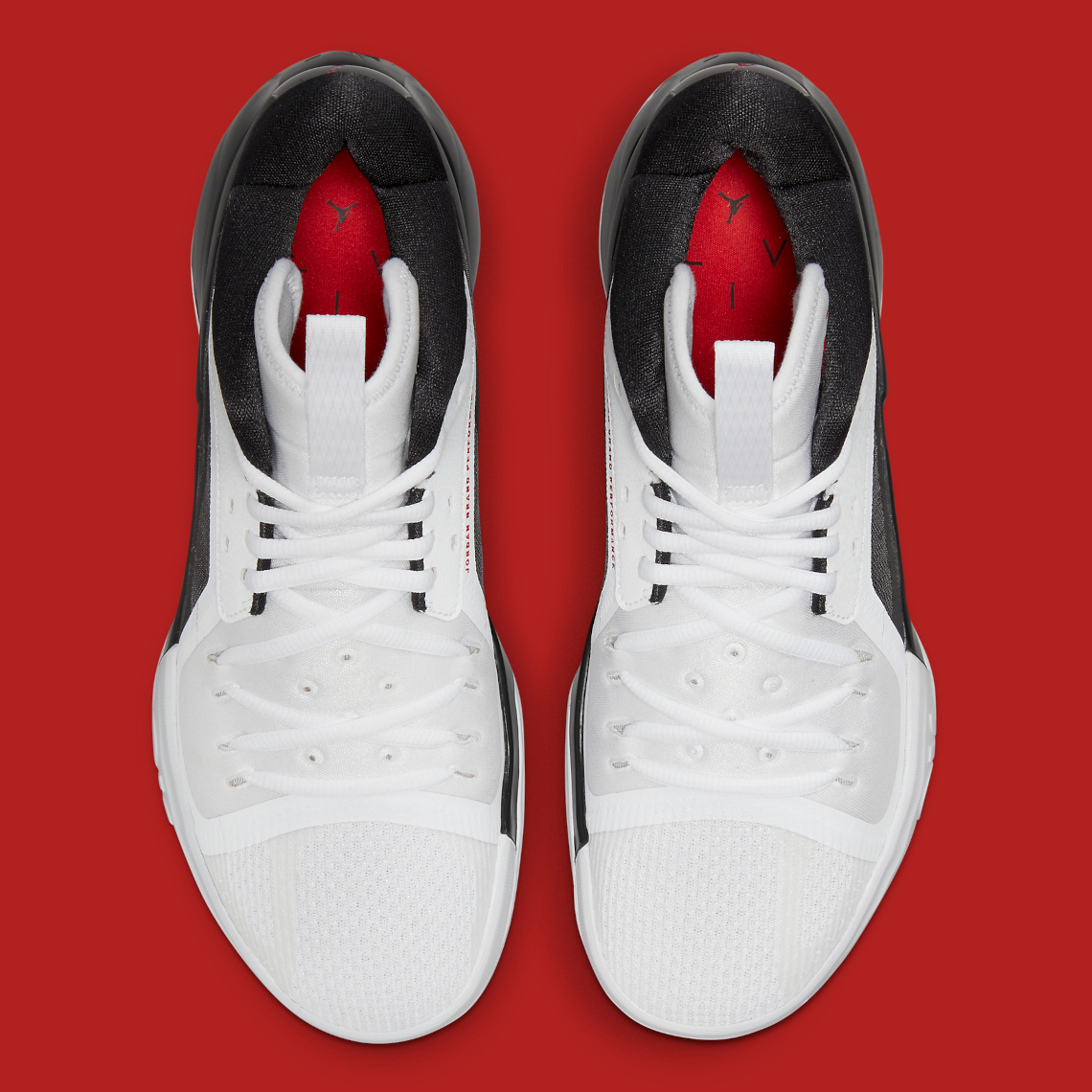 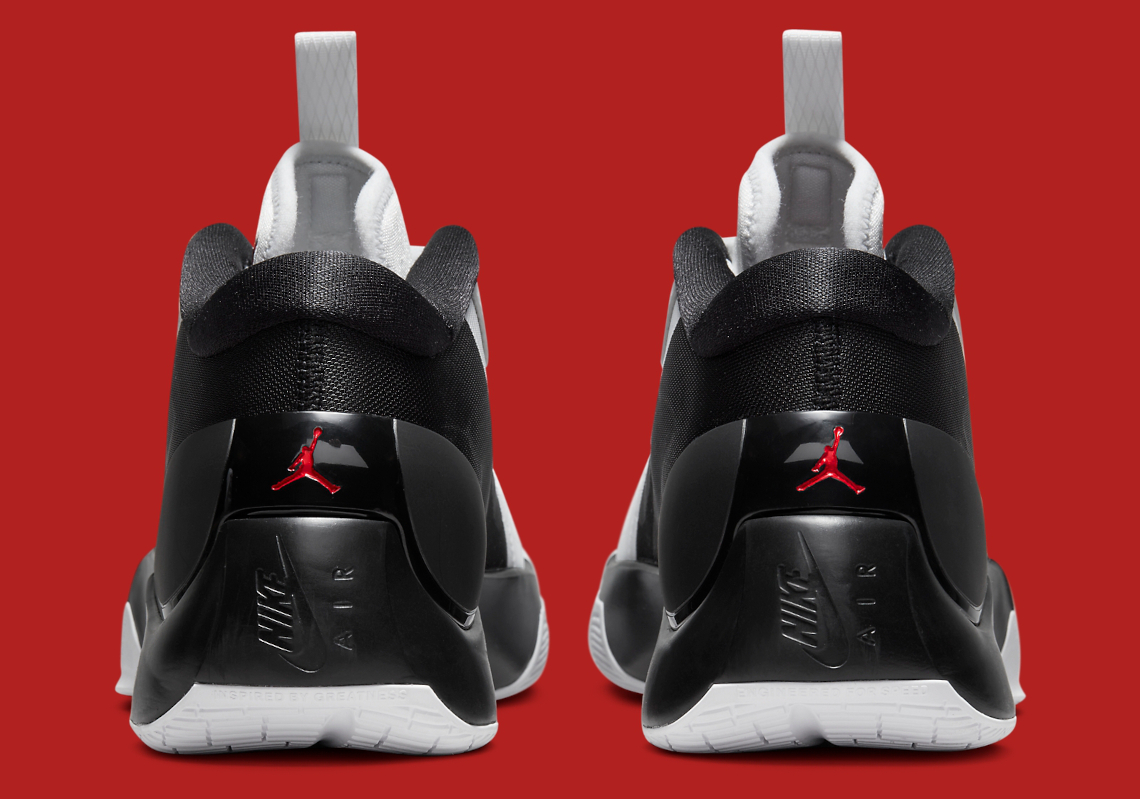 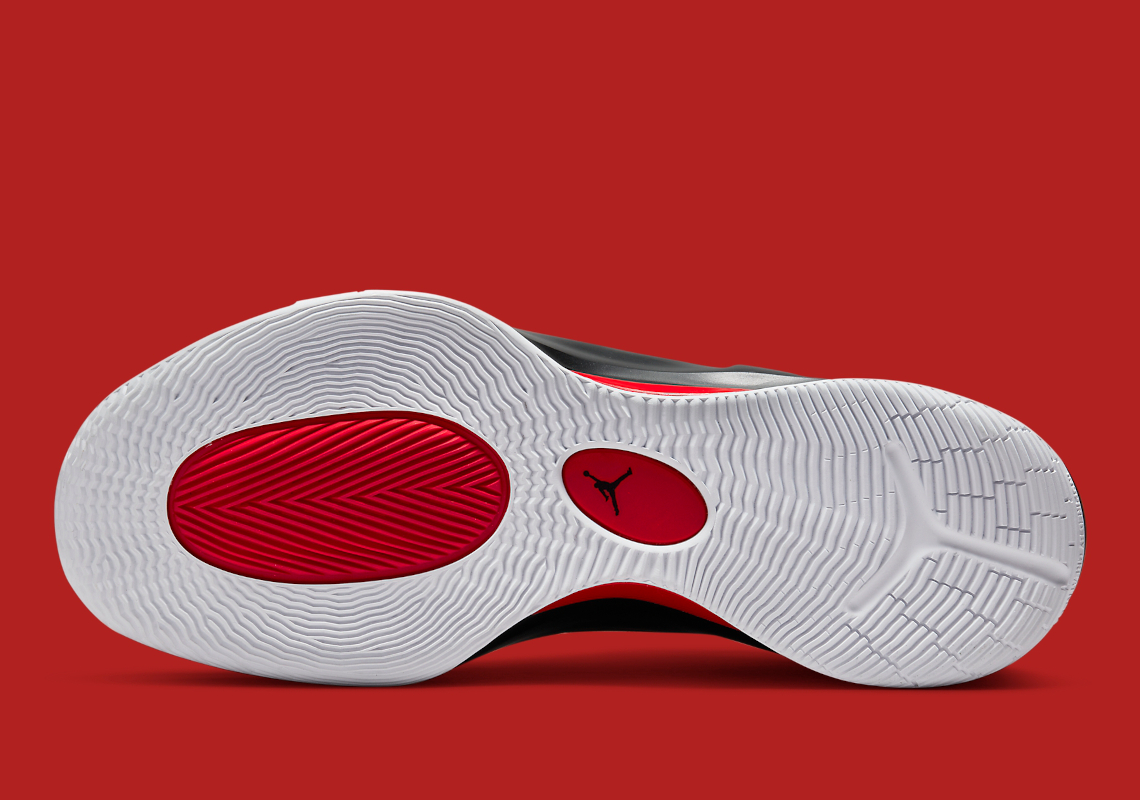 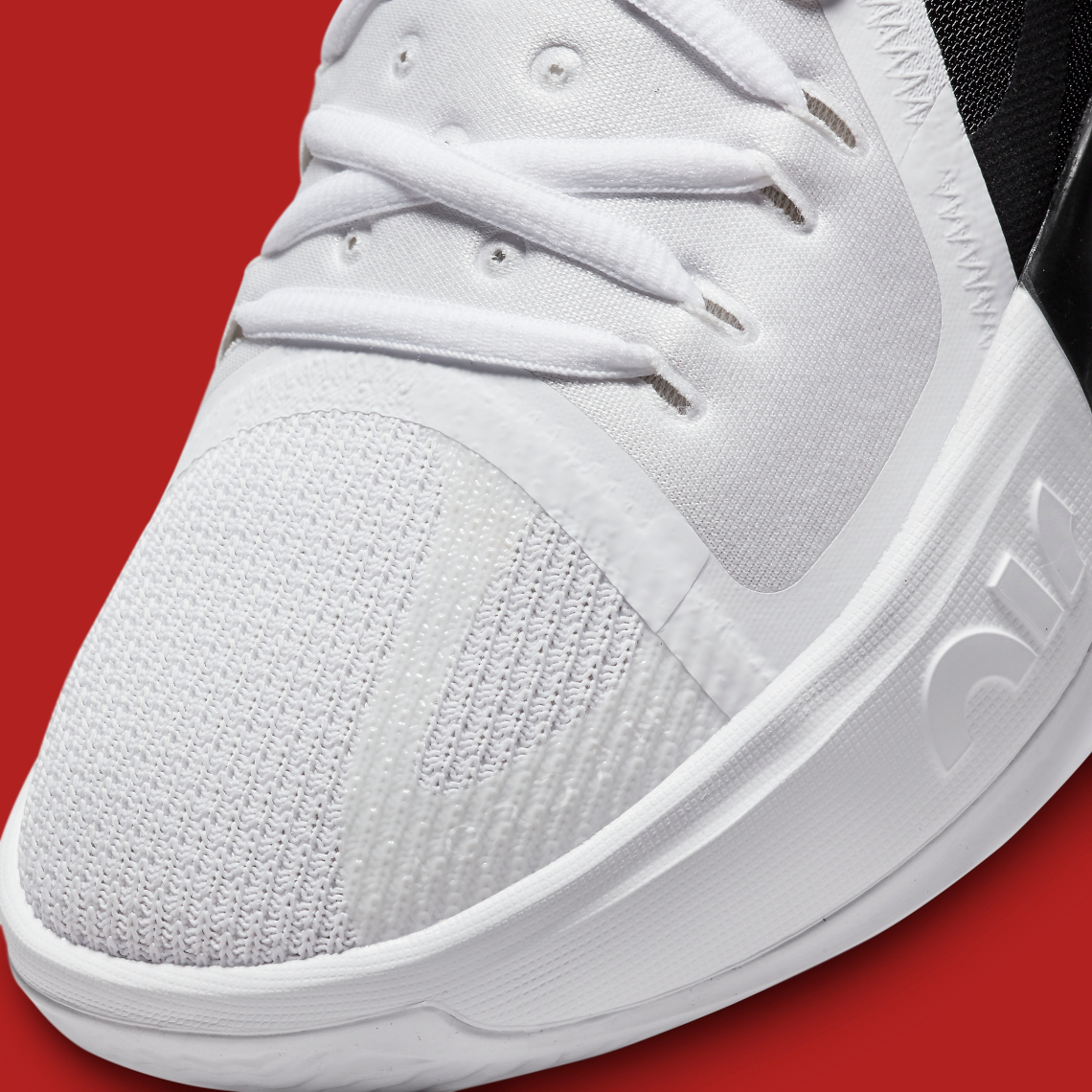 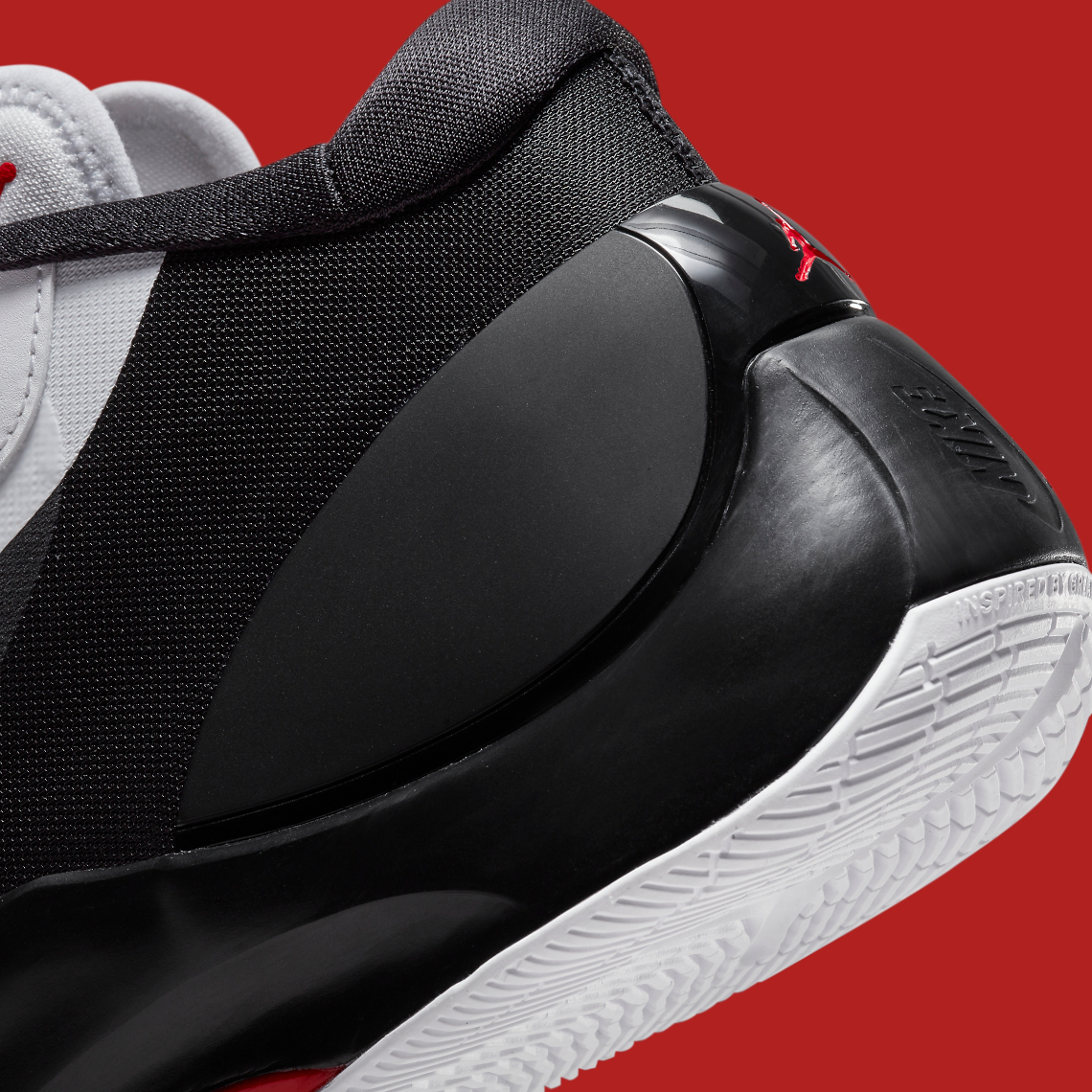