Jessica Alba is fueling divorce rumors as she was pictured without her wedding ring, months after admitting they struggle to keep the spark alive in their marriage.

Holding a cup of coffee, the 40-year-old actress and businesswoman kept things comfortable while leaving her office in Los Angeles on Wednesday.

She wore a $250 “The Cashmere Academy” speckled maroon sweater from The Great., featuring dropped sleeves and a boxy relaxed silhouette, tucked into a pair of high-waisted loose-fitting jeans. 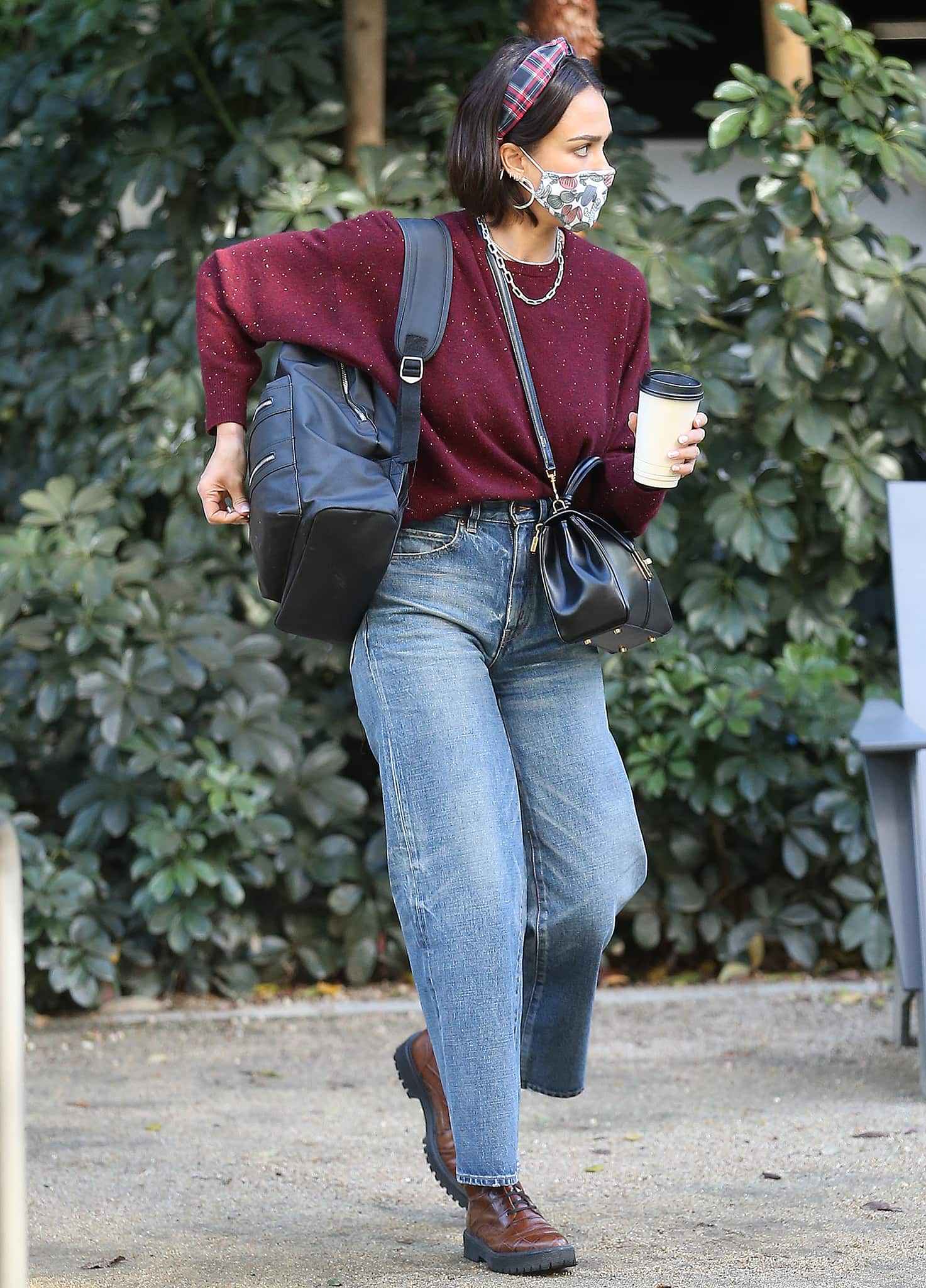 She added some bling to her cold-weather ensemble by accessorizing with multiple stud earrings and layering several necklaces around her neck.

Her wedding band was noticeably missing from her left ring finger, adding fuel to their divorce rumors.

Rocking her new bob, the Fantastic Four star styled her look with a thick headband and covered her mouth and nose with a cloth mask that features cacti prints. 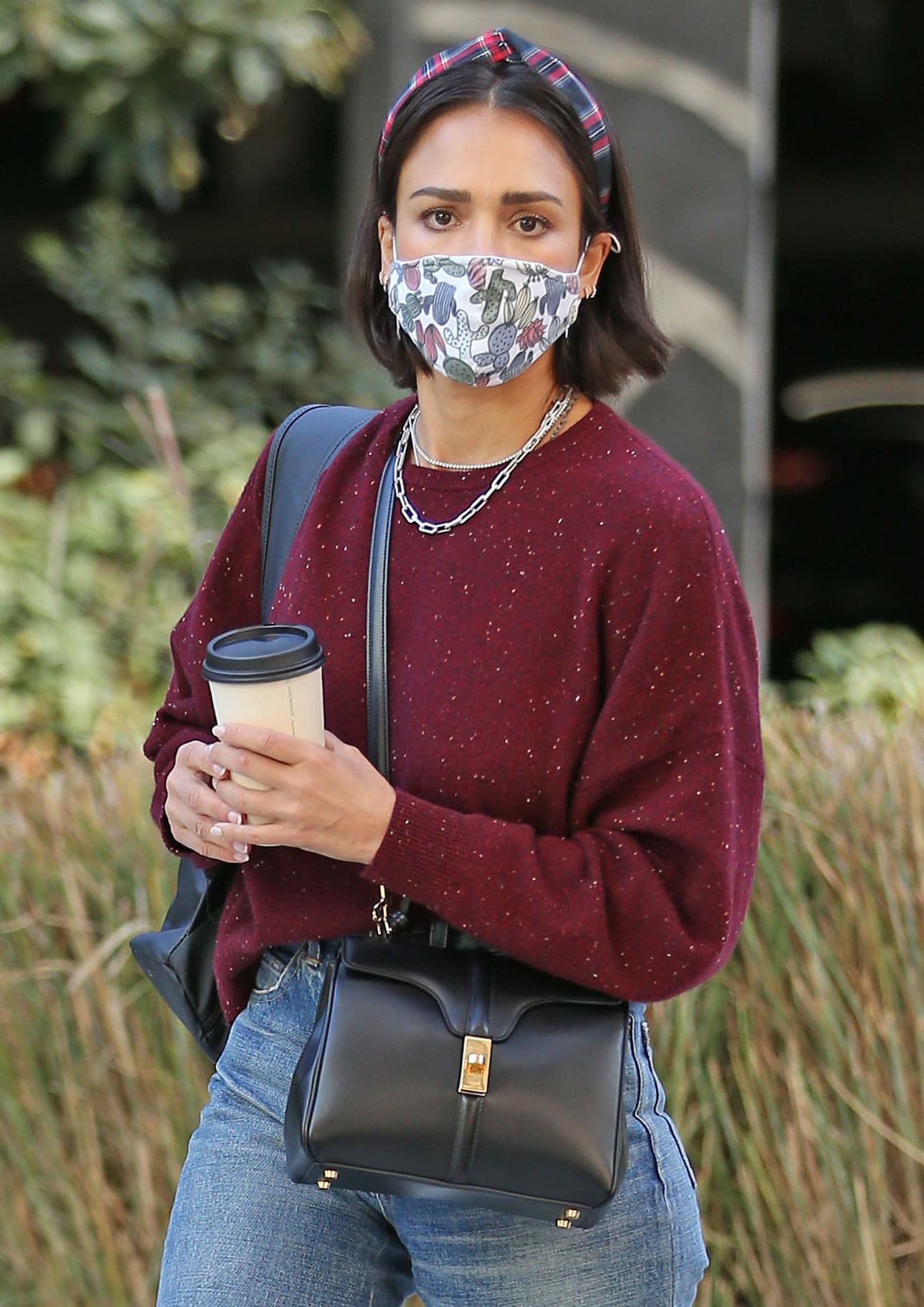 Jessica Alba fuels divorce rumors after she was seen out without her wedding ring (Credit: Mega / WENN)

Crafted in Spain from brown croc-embossed calfskin leather, these boots feature a lightly cushioned footbed, a rounded toe, and a rubber lug sole. 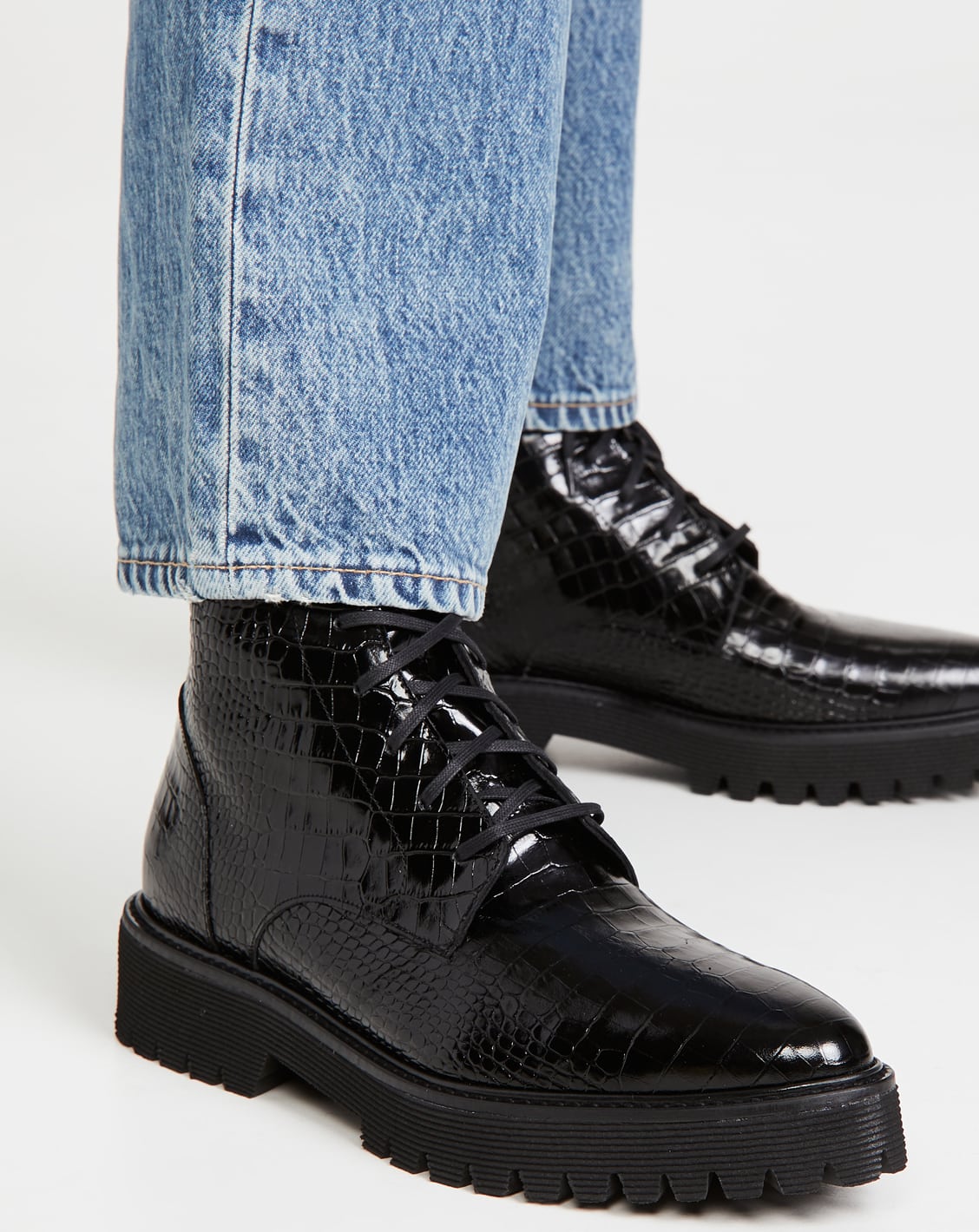 Are Jessica Alba and Cash Warren Getting Divorced?

In an Instagram interview with Katherine Schwarzenegger on her Before, During, and After Baby live series in July, Jessica revealed that it was a struggle to keep the spark alive after 13 years of marriage, adding that Cash Warren felt more like a roommate than a husband.

“It’s all rosy for two and a half years. But then after that, you become roommates. You’re just going through the motions. You have the responsibilities. It’s a lot of, like, checking the boxes, right?”

The Honey star also said that they used to have “at least” weekly date nights “but then that stops because of whatever.”

“We’re just not consistent. But being able to communicate when you’re unhappy and nipping it right away instead of letting it sort of fester, and then you have animosity and then it explodes, which we’ve gone through that one.” 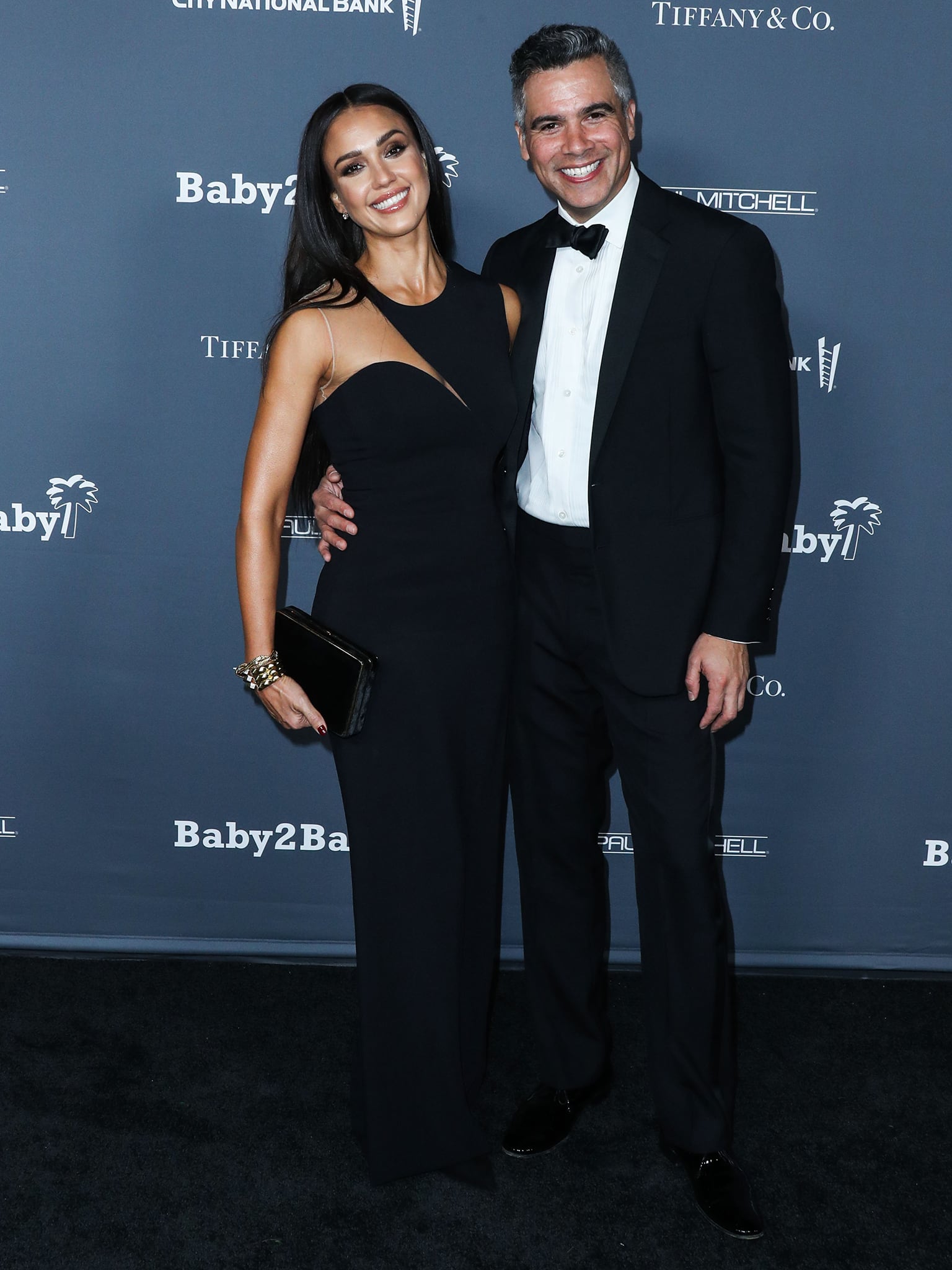 Jessica Alba confessed she sometimes takes her husband for granted after being comfortable with each other in their years of marriage.

“We have, like, obviously the friendship, the comfort of, like, you’re not going anywhere, and so sometimes you don’t treat those people the best, right? You don’t consider their feelings in the way that you would consider other people’s feelings. So that is something that I think is a constant one to work on.”

At the end of their conversation, Jessica admitted she isn’t sure of what makes a happy marriage. “If you’ve figured it out in your relationship, let me know,” she told Katherine, who’s been married to Chris Pratt since 2019.

The two have yet to address divorce rumors, but it seems they’re trying to work things out. Just last month, the couple, who share three kids together, graced the Baby2Baby Gala red carpet with their arms wrapped around each other.