Exciting news for fans of funnyman Jonah Hill — he has a new girlfriend!

The actor recently took to Instagram to debut his relationship with girlfriend Sarah Brady, sharing a photo of the pair together on September 9 with the caption, “Grateful for you,” and tagging his new love interest along with a number of loved up, heart eye emojis.

Though Jonah Hill may be a genuine A-lister, he is notoriously private about his personal affairs, so we don’t know much yet about his new boo.

However, Sarah Brady herself is a bit less mum, and her Instagram account shows that she is a University of California San Diego graduate.

She is a big nature lover and activist and she frequently posts about climate change, surfing, and her outdoor adventures. Additionally, Sarah Brady makes her living as a surfing instructor — which is probably how she met Jonah Hill!

Jonah Hill is slightly shorter than his girlfriend Sarah Brady and they met while surfing during the summer of 2020 (Credit: MEGA / WENN)

Jonah Hill has recently gotten into the surfing hobby, and it is really sweet to imagine a meet-cute between him and Brady where he is struggling to ride the waves as she helps out.

Recently, the pair took a vacation to Big Sur, California, and Brady captured snaps of the two riding the waves along with their dog, Fig.

Follow along to learn more about Jonah Hill’s new lady friend and the girls who came before her.

Jonah Hill’s Previous Relationships Have Been All Over the Board

Jonah Hill’s hilarity has charmed more than just the public — the actor has been linked to a number of women over the years, including a previous engagement.

His first notable girlfriend, Jordan Klein, was a woman he met in high school, though the two didn’t get together until years later.

In 2010, he did an interview with Seventeen magazine where he gushed about his then-girlfriend, further endearing him to fans. 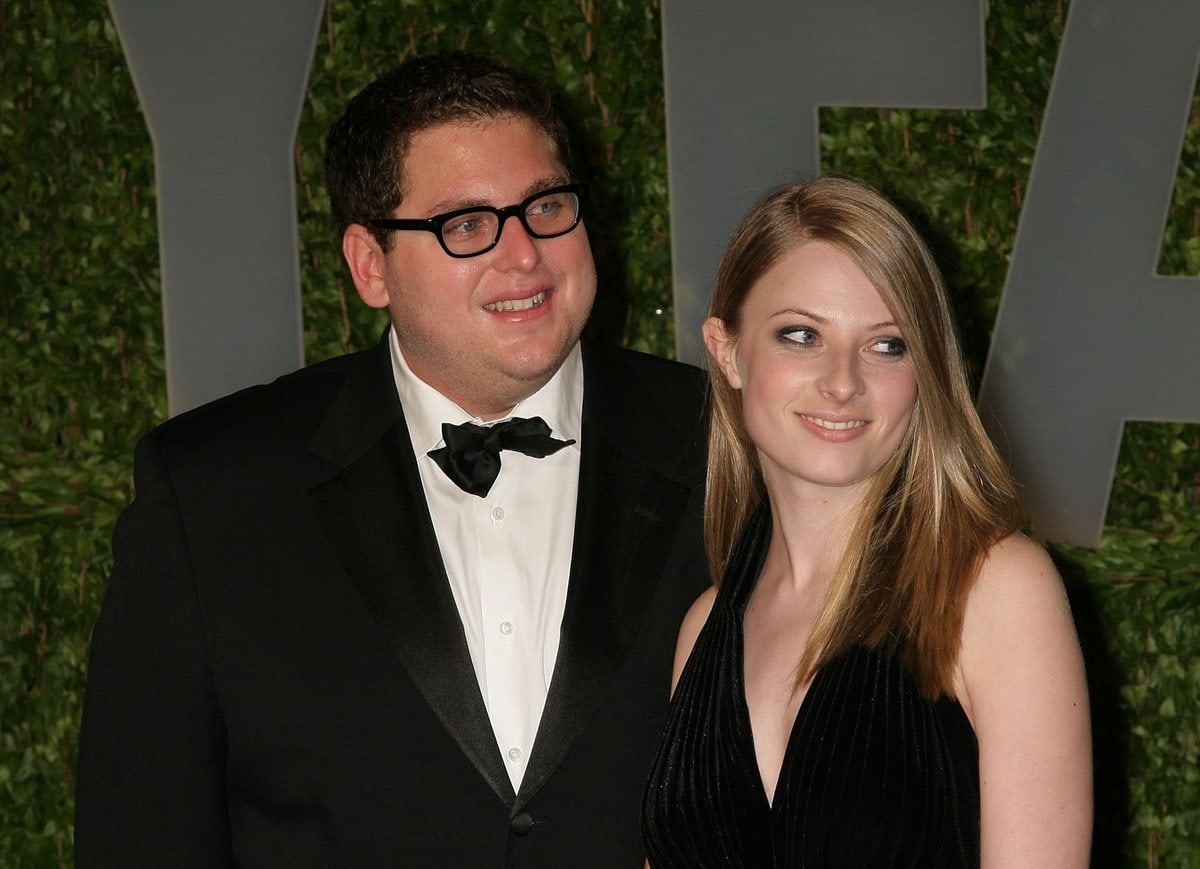 “I’ve had to wait out for people to break up so I can go after a girl that I like,” he told the magazine. “If it’s the right person and you really love them and you feel like it’s right and you believe you’re supposed to be together — you can wait it out.”

“I think honestly that you need to look for a really genuine person who is thoughtful — I think that is the most important quality in somebody. And, they also should be sensitive to other people’s feelings besides their own and not super selfish,” Hill advised readers. “Really, you just need to click and care about each other equally.”

Though the actor had beautiful words to say about her, he and Klein eventually called it quits in 2011 after three years together. 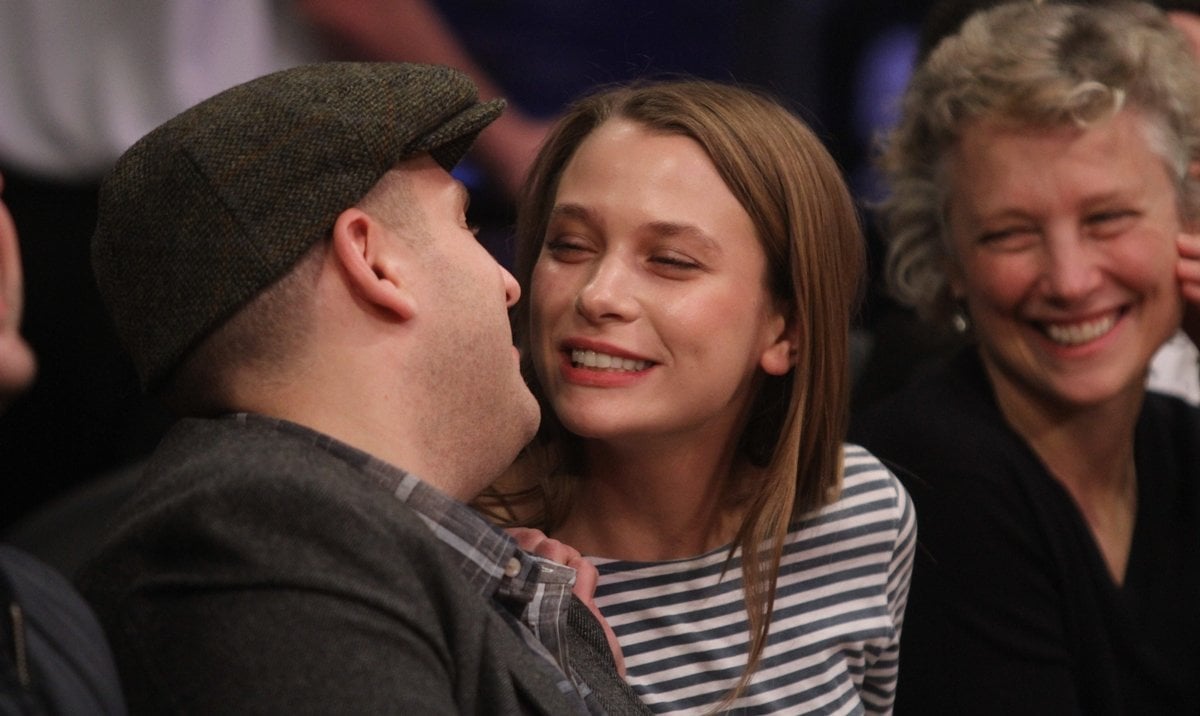 In 2012, Hill was linked to not one, but two famous ladies. The first was Ali Hoffman, daughter of the Hollywood legend Dustin Hoffman.

They spent nine short months together before he was then linked to pop singer Rita Ora. However, we don’t know much about their relationship — only that it was brief and not meant to last.

In 2014, Jonah Hill was spotted with musician Alana Haim, actress Isabelle McNally, and nutritionist Brooke Glazer (not at the same time!) throughout the course of the year. In 2017, he briefly also dated Erin Galpern, a blonde beauty from Dallas, Texas. 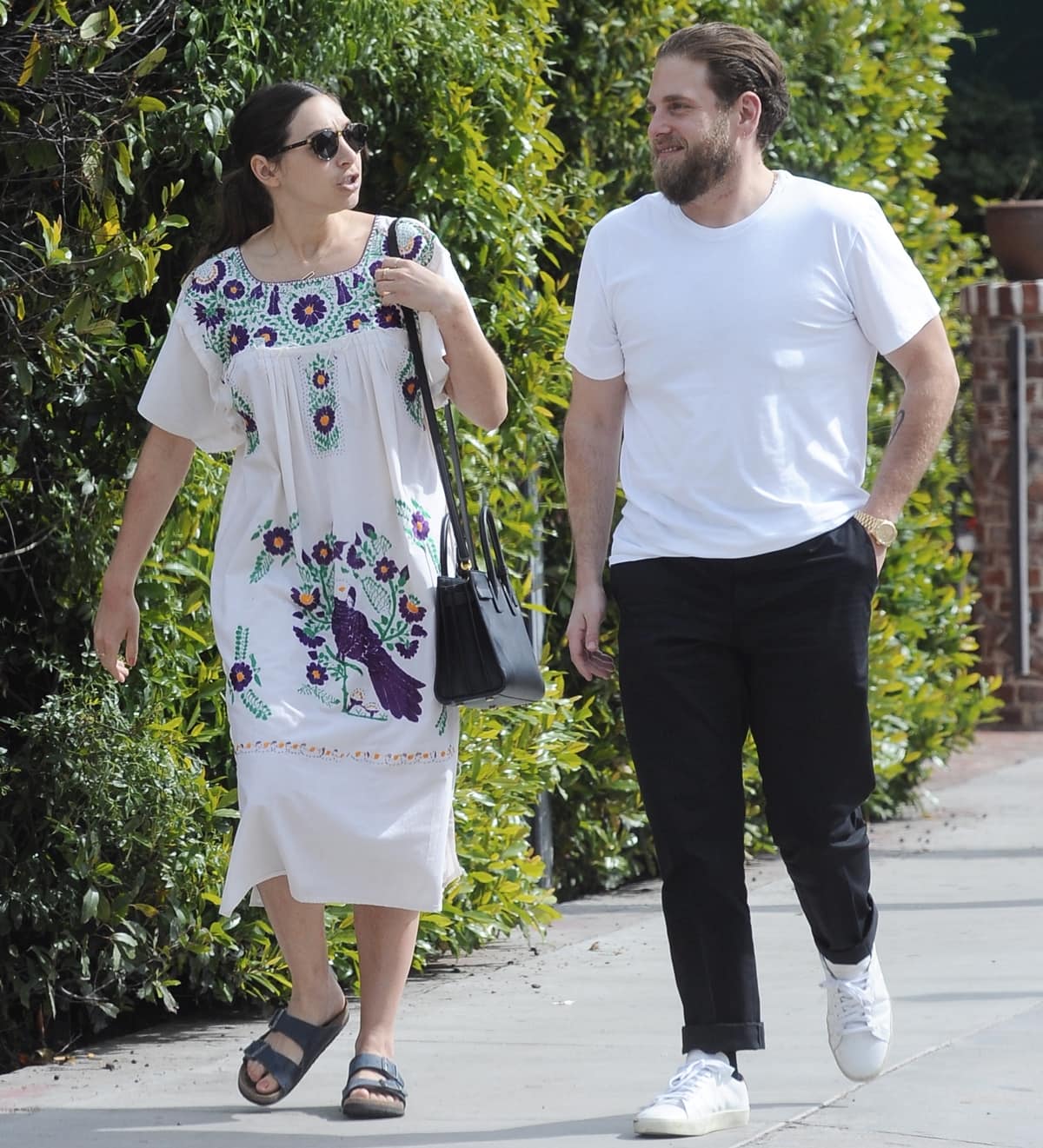 Erin Galpern and a slimmed-down Jonah Hill on a date in Los Angeles on April 7, 2017 (Credit: Cousart / JFXimages / WENN)

The actor nearly settled down for good with photographer Gianna Santos. Things seemed to be going great and the pair were even engaged, until things, unfortunately, came to an end in October 2020 after roughly two years together.

Finally, in September of this year, Jonah Hill debuted his relationship with his newest lady-love, Sarah Brady.

Everything We Know About Jonah Hill’s New Girlfriend, Sarah Brady

As mentioned before, Jonah Hill is extremely private about his personal life, so everything we know about Sarah Brady, we had to learn from her!

Brady has her own personal portfolio website, Stonesteps Productions, where she lets readers in to share her work as a film photographer, activist, and surfer.

She grew up in Encinitas, California, and remembers her dad taking her surfing with him at San Onofre Beach at the tender age of three.

Surfing is in Brady’s blood, as she and her family have been surfing that same beach for the last three generations.

As a child, Sarah Brady, her sister, and her parents traveled all over the world, which she cites as the reason for her deep love of nature and the reason behind her activism.

Incidentally, this also inspired her interest in photography — capturing the beautiful sights she has seen across the globe on 35mm (and other formats) film. As a photographer, Brady has worked with a number of publications and companies, and she says she offers “new perspectives on nature, women, and surfing.”

Don’t let her creativity and surfer-girl looks fool you into thinking she spends all day hanging ten at the beach, though! Sarah Brady is also a highly educated individual and is using her know-how and love for the environment to make a real change in the world.

She graduated earlier this year from the University of California San Diego with a Bachelor of Arts degree in Anthropology of Climate Change and Human Studies, with an emphasis on Evolutionary Cognitive Studies and Sustainability. 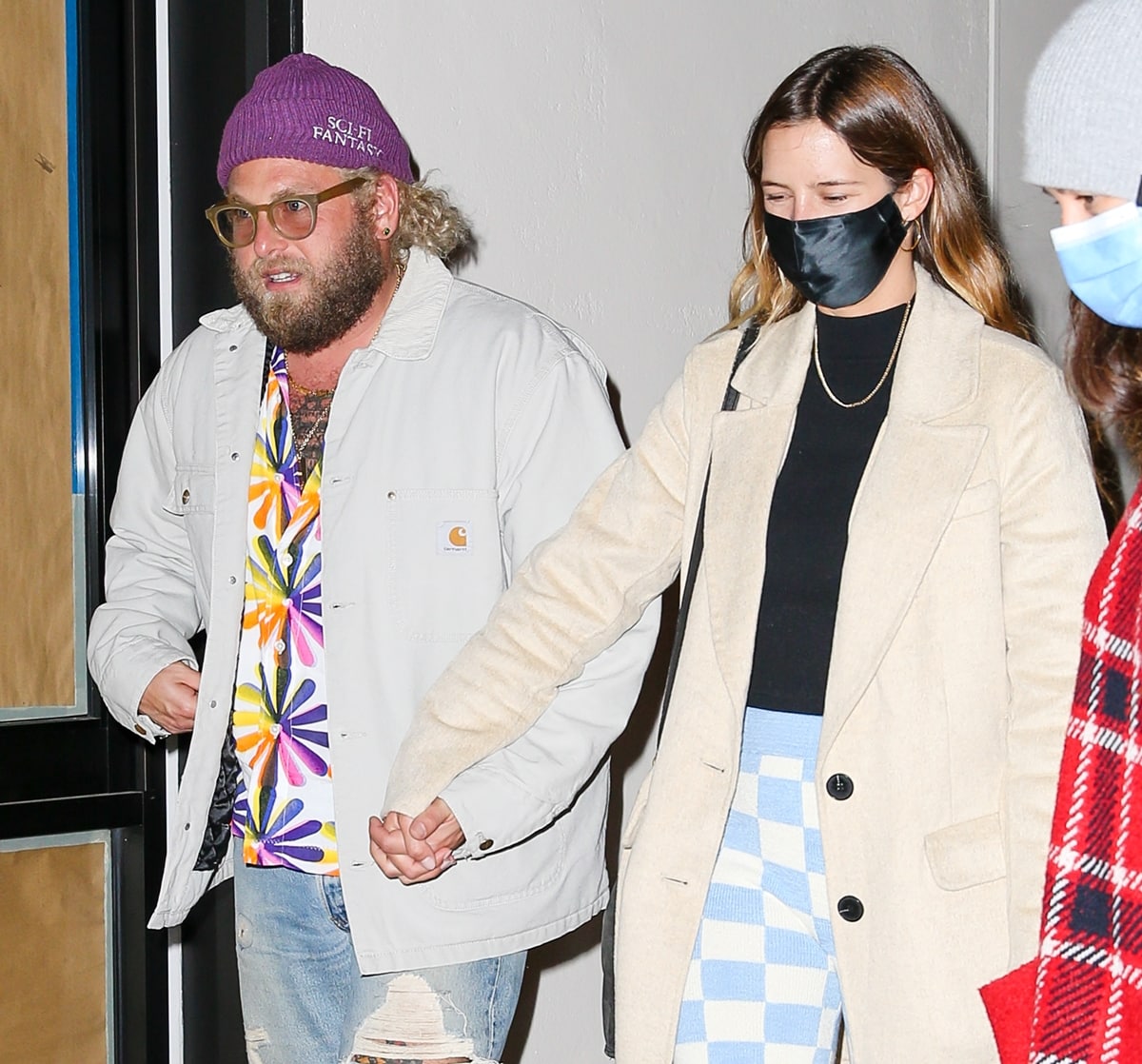 During her time as an undergrad, Brady began working with the research and advocacy nonprofit, Committee to Bridge the Gap, and as an ambassador for the Changing Tides Foundation. It was during this time that she realized how valuable she could be as both an environmentalist and a surfer.

Sarah Brady states that she will be starting law school in the fall of next year in hopes of pursuing a career in environmental policy to cultivate a more sustainable world.

As you can see, she’s way more than just “Jonah Hill’s girlfriend.” Though Sarah Brady might not be an A-lister herself, her accomplishments and passion for Mother Earth make it easy for us to see why Jonah Hill loves her so much, because we do, too!

The new couple turned heads on December 6 at the premiere of Netflix’s new movie, Don’t Look Up.

Not to be outdone by his co-stars (which include the likes of Leonardo DiCaprio, Jennifer Lawrence, Ariana Grande, and Meryl Streep) the 37-year-old actor and his 25-year-old surf instructor slash activist girlfriend arrived wearing matching Gucci suits. 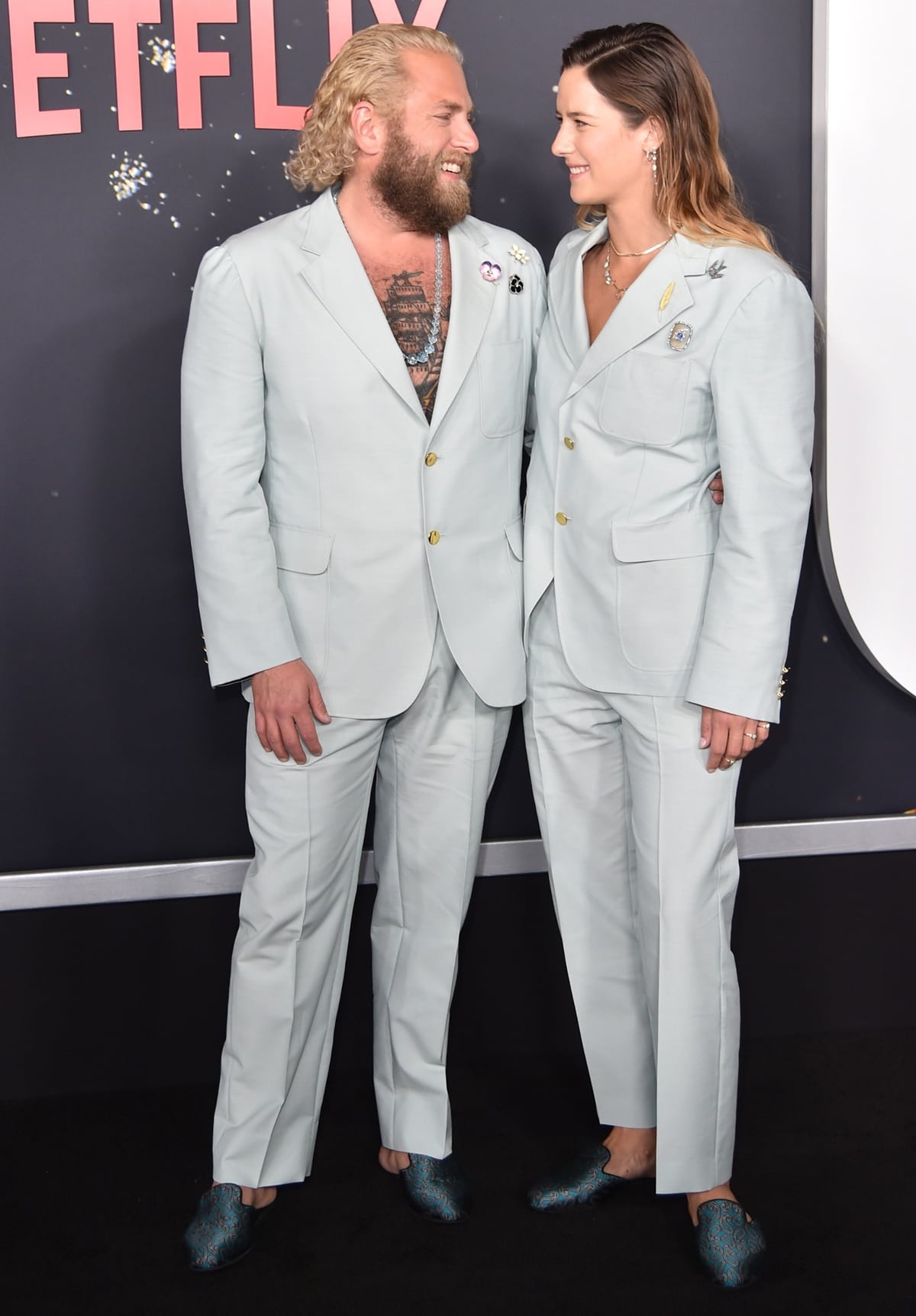 Not just matching — Hill and Brady were wearing the exact same baby blue suit! Both wore the suit without a shirt underneath, pairing it with unique and delicate jewelry and matching dark teal loafers.

Roughly the same size (Hill stands at 5’7” while Brady just barely has an inch on him at 5’8”) the adorable couple looked almost like a much more fashionable version of the 1988 movie Twins.

We’re totally here for Jonah Hill and Sarah Brady’s relationship, and we can’t wait to see what they wear next!