Nicole Kidman flaunted her big feet in silver Aquazzura Shine 105mm embellished sandals at the Australian premiere of ‘Being The Ricardos’ at the Hayden Orpheum Picture Palace in Sydney.

How do you like her aquamarine and emerald green dress? It retailed at Moda Operandi for $20,100 but is no longer available.

During her appearance on Today on December 20, she talked about the negative criticism towards her performance in the Aaron Sorkin-directed movie that she almost dropped out of. 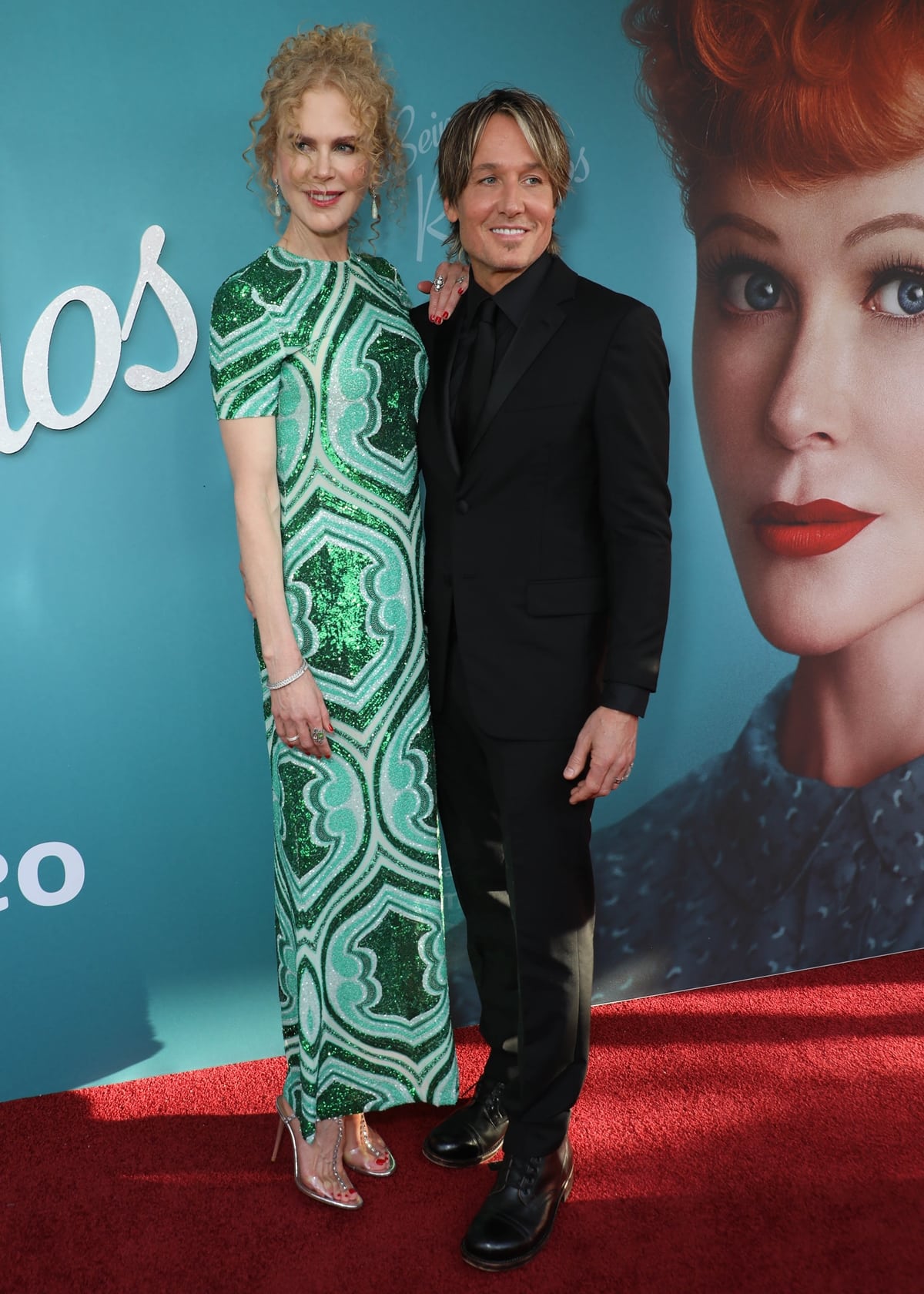 Keith Urban supported his wife Nicole Kidman at the premiere of her new movie Being the Ricardos at the Hayden Orpheum Picture Palace on December 15, 2021, in Sydney, Australia (Credit: MEGA / WENN)

“I tried not to [listen], but I’m a human being, so there’s time when you go, ‘Gosh, maybe I’m not the right person for this,’” she said.

“That’s where having somebody like [writer and director] Aaron [Sorkin], who really said at the beginning, he was like, ‘I’m not wanting a perfect rendition or imitation of Lucy. No, no, no, no, no.’”

“A lot of it I can relate to, and I go ‘Ah, OK, I’ve been in that situation. I know that.’ So, I think those things were relatable,” Nicole added. 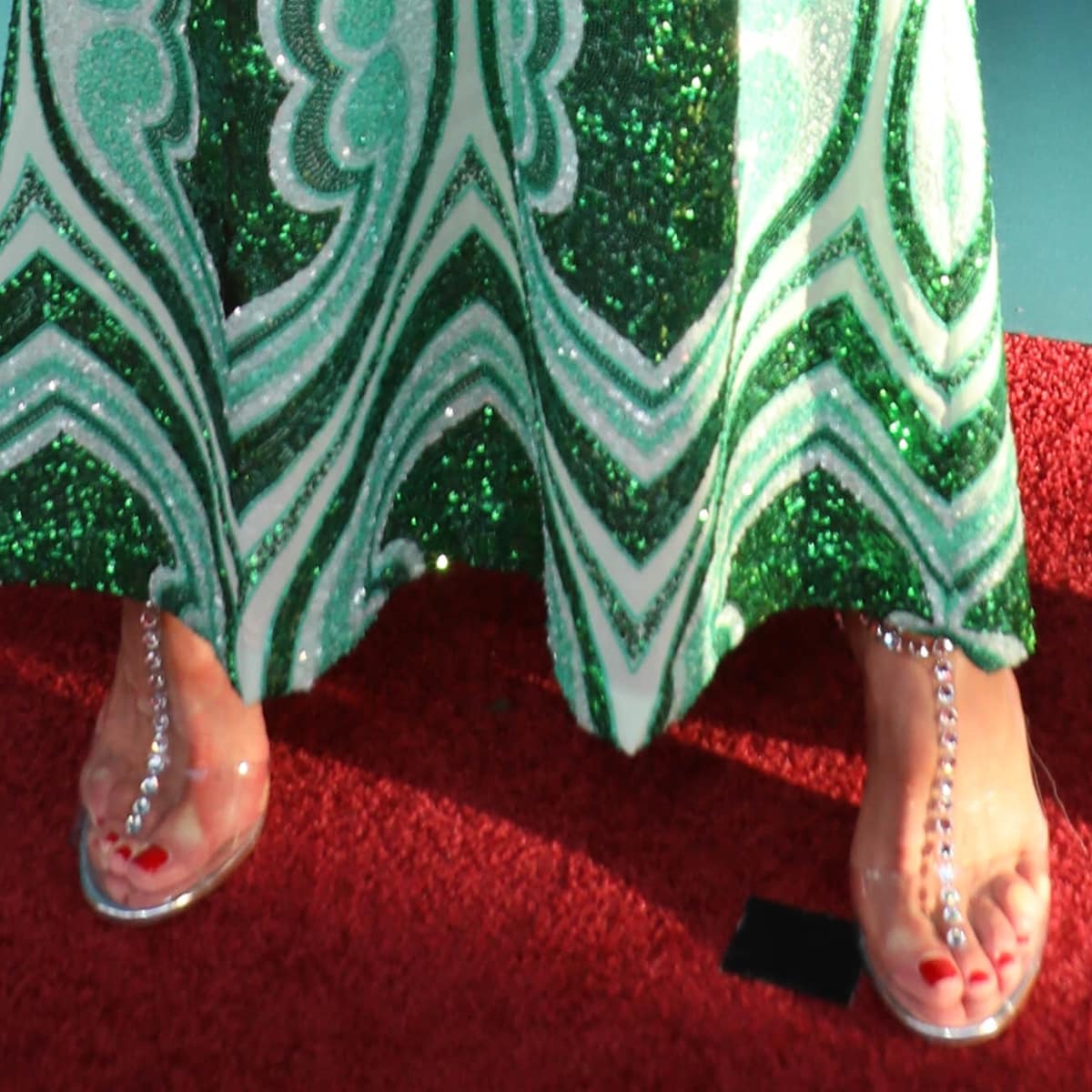 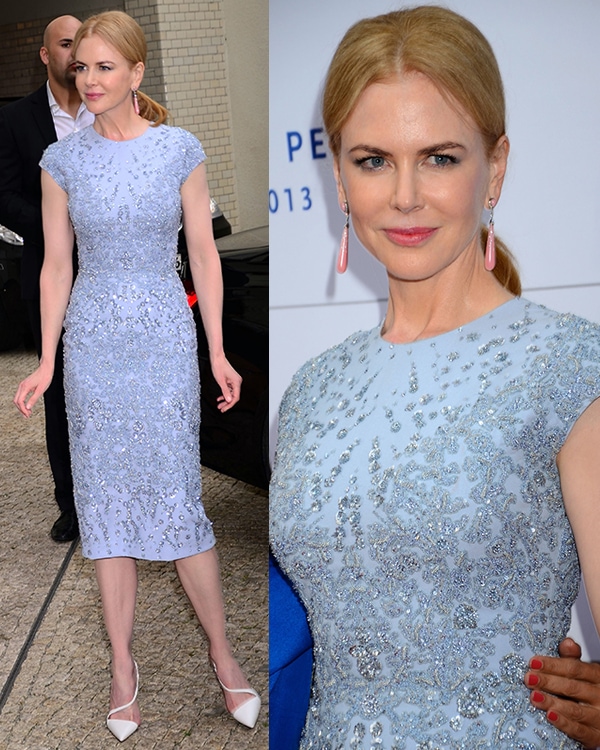 Nicole Kidman at Cinema for Peace dinner in honor of UN Women at Soho House in Berlin, Germany, on July 12, 2013 (Credit: WENN) 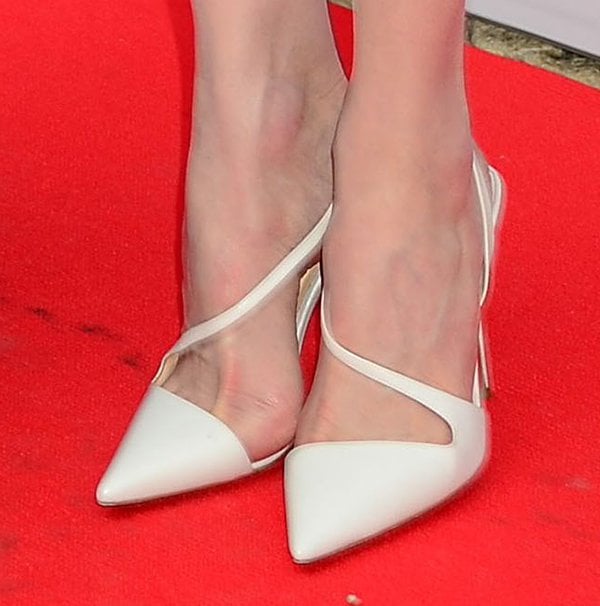 Her hair in a simple ponytail and those teardrop earrings were the finishing touches to her lovely look.

And, of course, how could we forget her heels? Those white pumps were the perfect pair for this elegant ensemble. 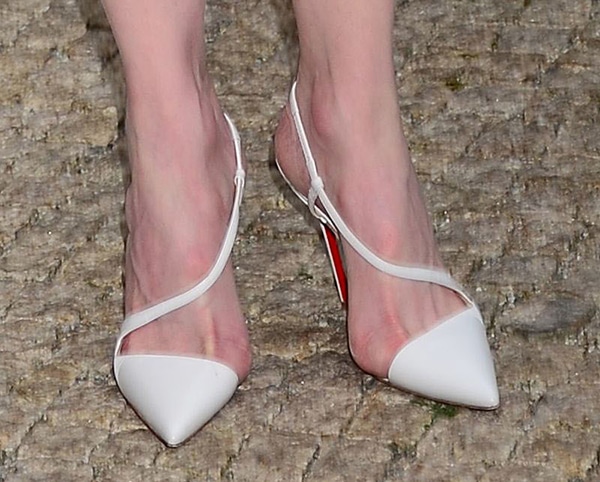 If you haven’t guessed it yet, her ‘June’ pumps are by Christian Louboutin. We’ve also seen a nude version of these shoes on Jessica Alba.

The white rendition perfected Nicole Kidman’s outfit. They feature a thin asymmetrical band that elegantly wraps the foot. This strap is connected to the elasticated slingback strap.

Pointed toes and about 4-inch heels complete these shoes that you can purchase at Mytheresa and Nordstrom. 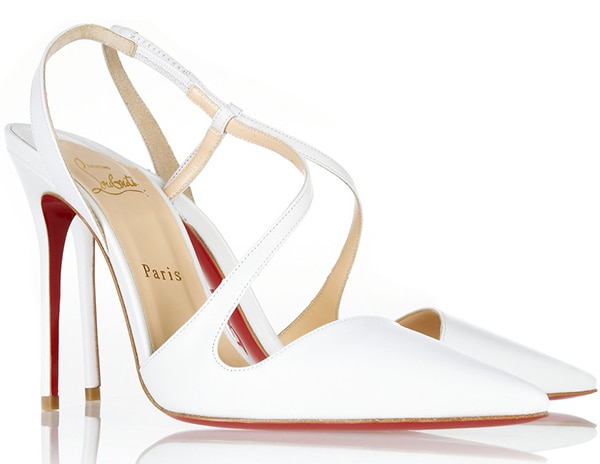 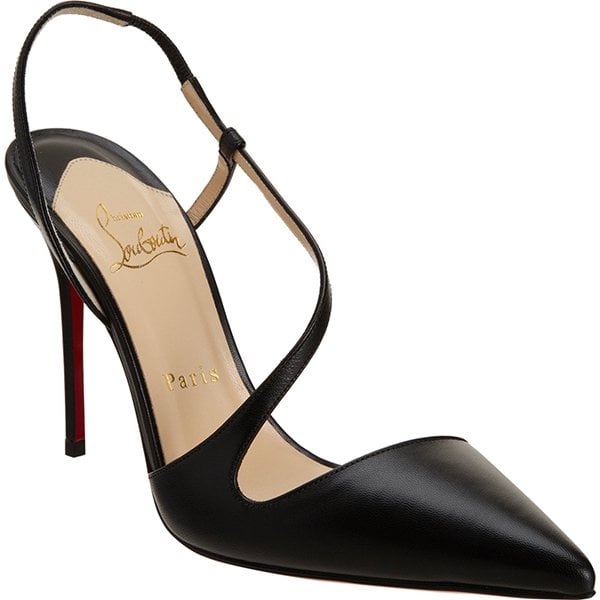 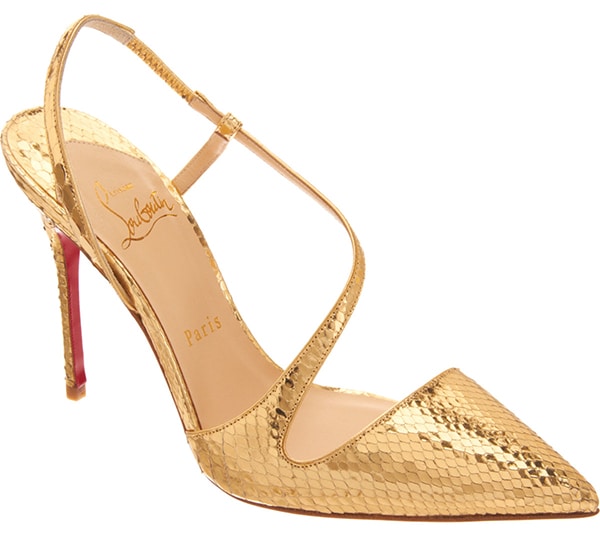