As part of the ongoing 75th Anniversary celebration of the NBA, Nike has introduced the “Embedded” series of footwear that features its classic icons (Dunks, Air Force 1s, Blazers) in NBA-themed colorways. We’ve see the colors of the Lakers, Nets, and Knicks get transformed into those respective silhouettes, while other larger league-centric concepts like the Blazer Mid ’77 are created to give props to the NBA and WNBA as a whole.

These golden lace-locks of the WNBA and NBA logo silhouettes might look familiar to you, because these were first seen on an Air Force 1 Low we showed you back in October. They’re returning once more on this Blazer, covered in basketball-textured leather in red, orange, yellow, and blue. The Swoosh colors also alternate, perhaps nodding to the original franchises of the NBA.

It is likely that these EMB drops will be available sometime around All-Star Weekend in February 2022 as part of a larger collection of tributary footwear/apparel for the milestone. Stay tuned for release updates. 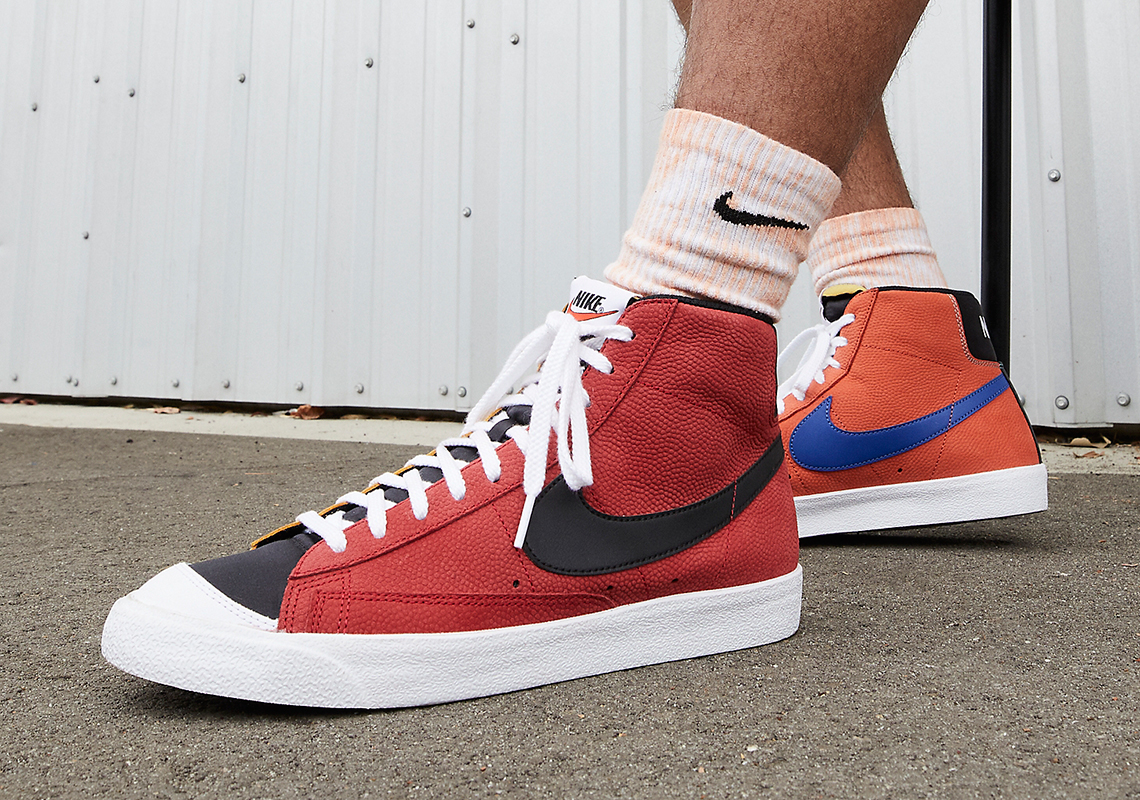 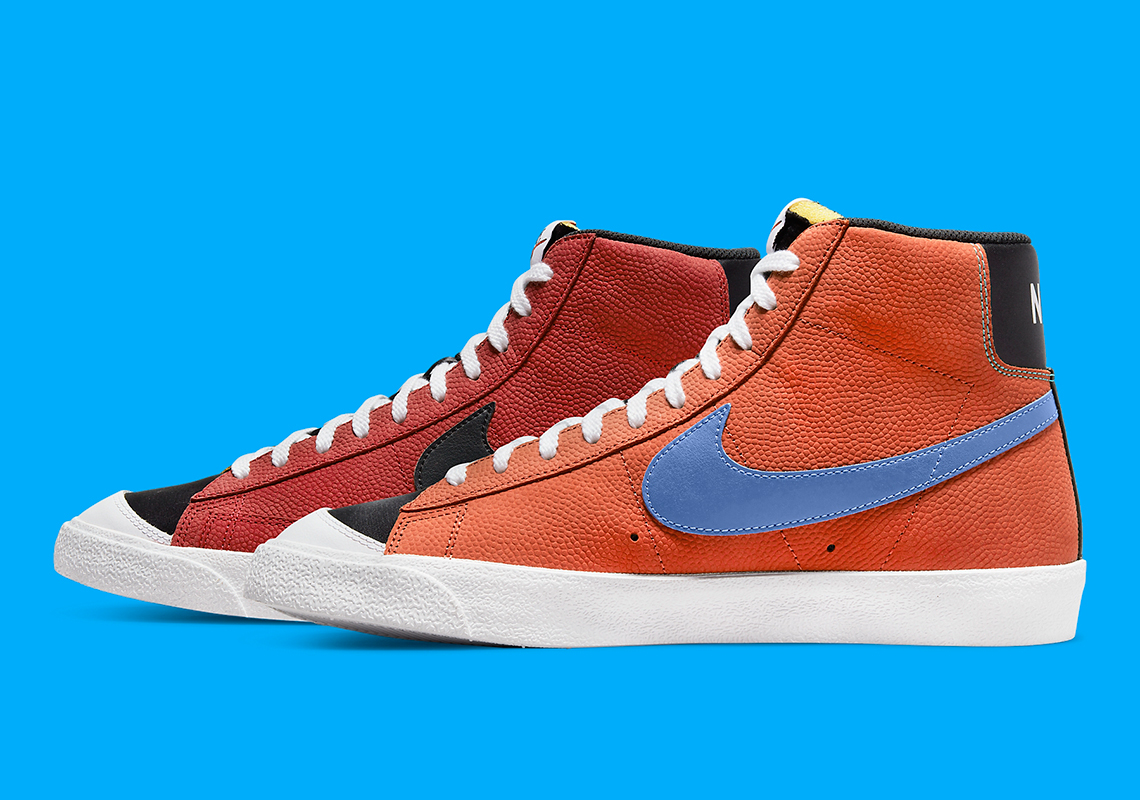 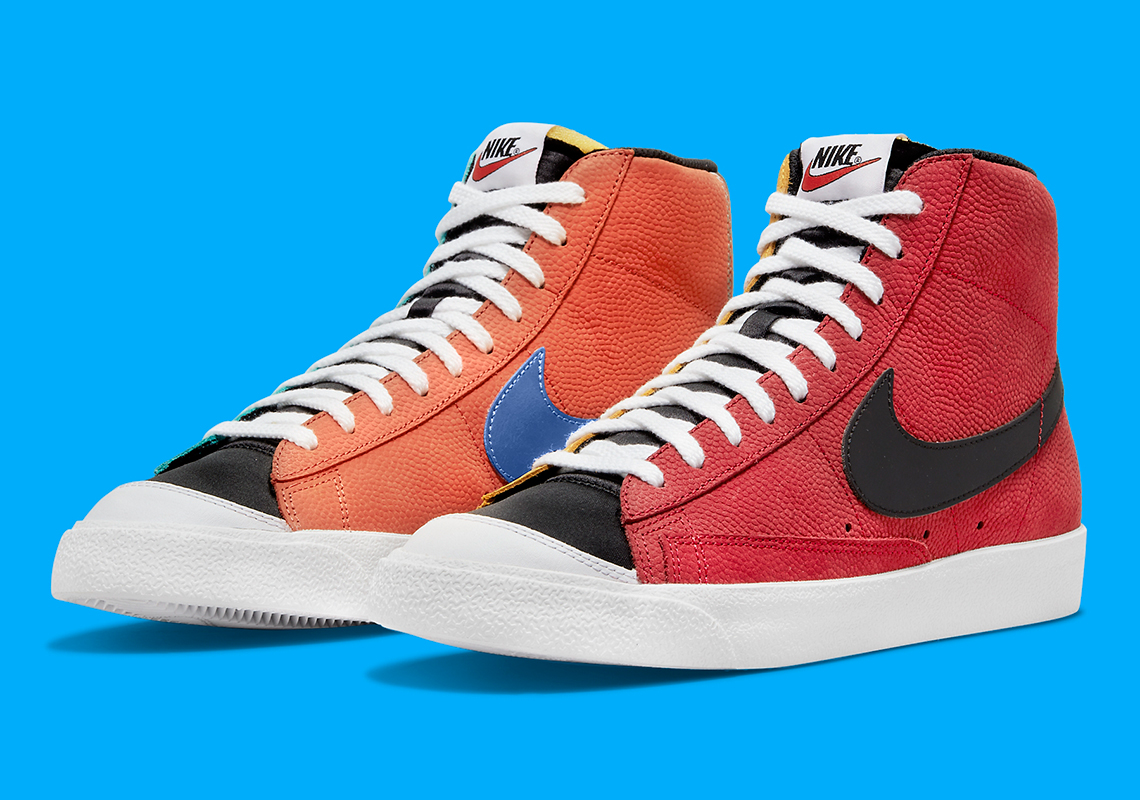 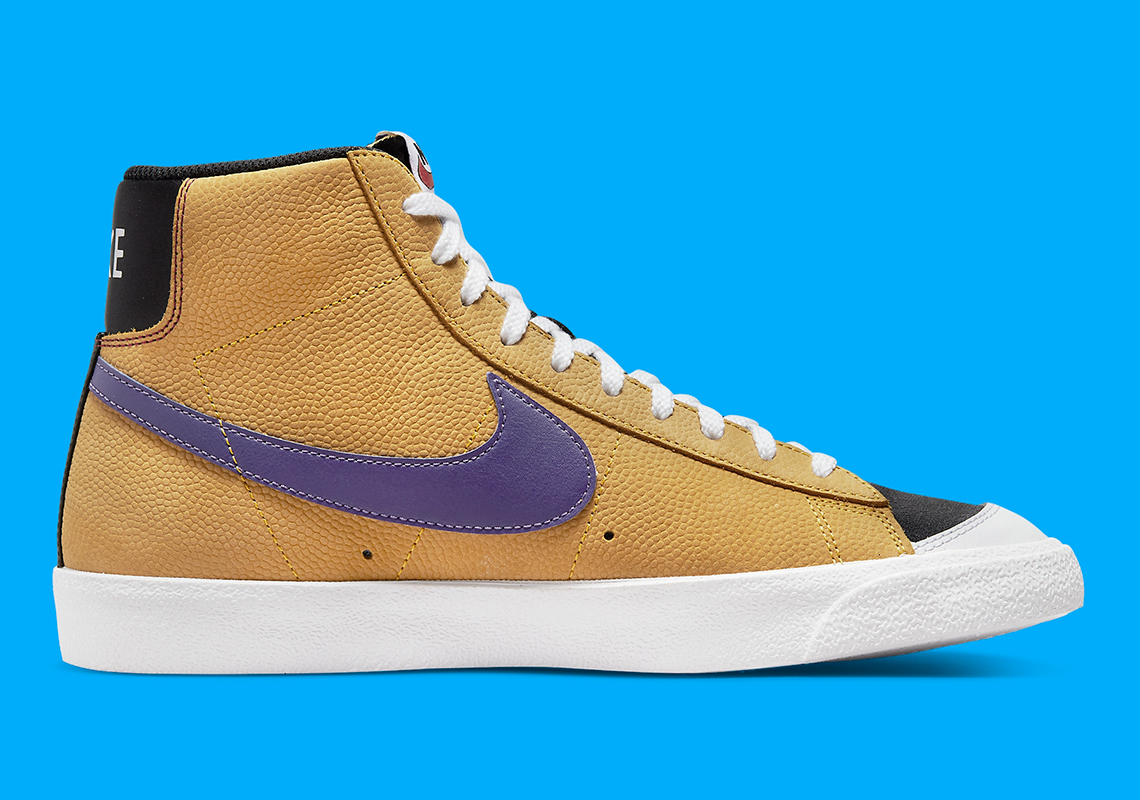 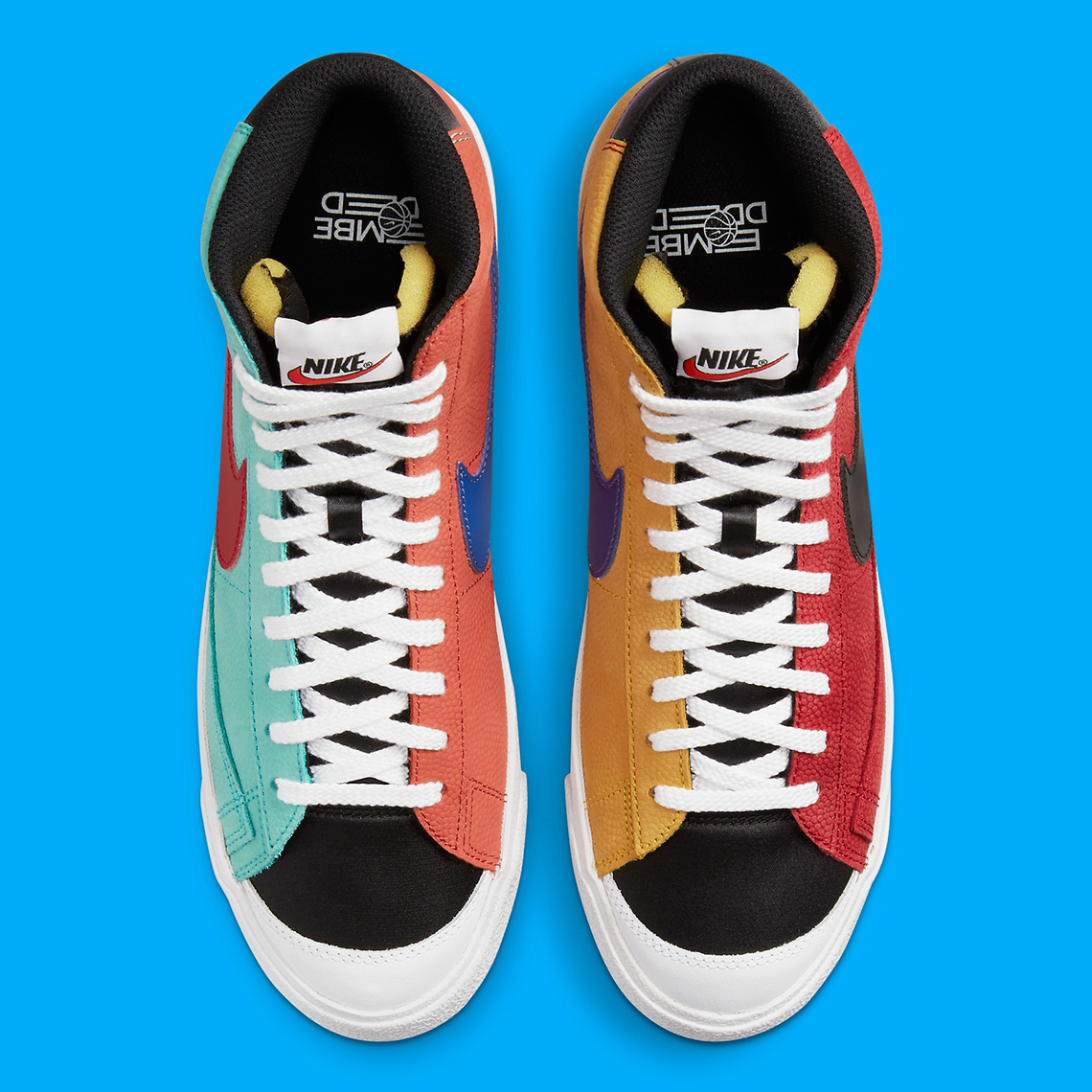 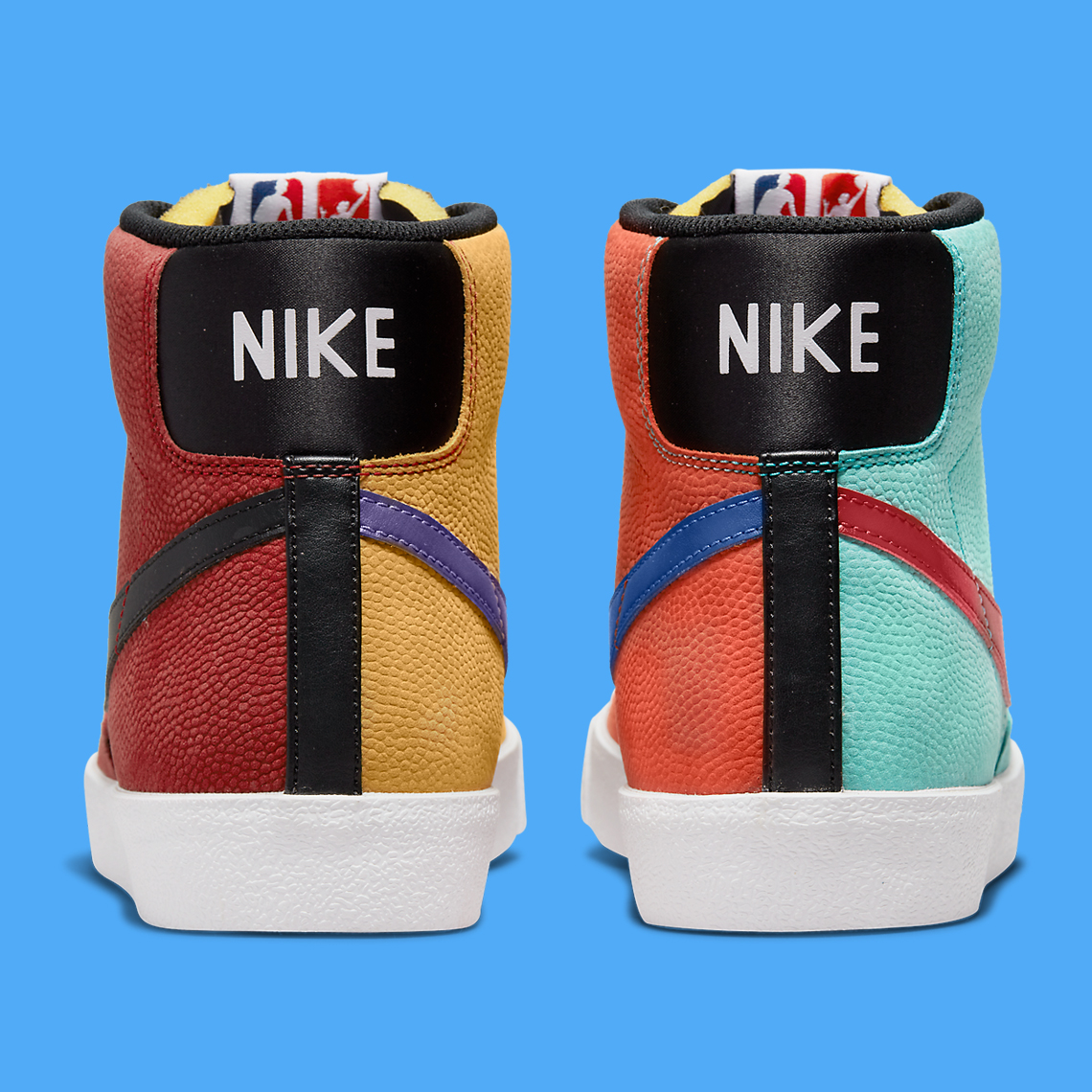 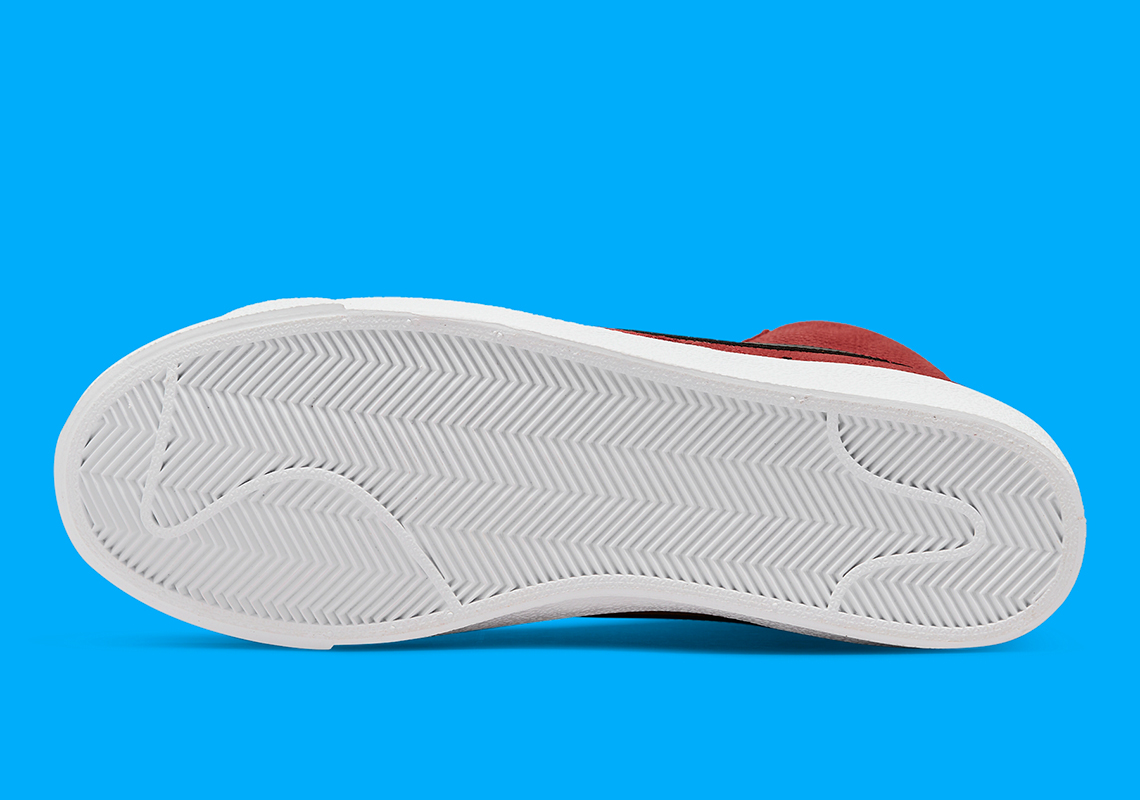 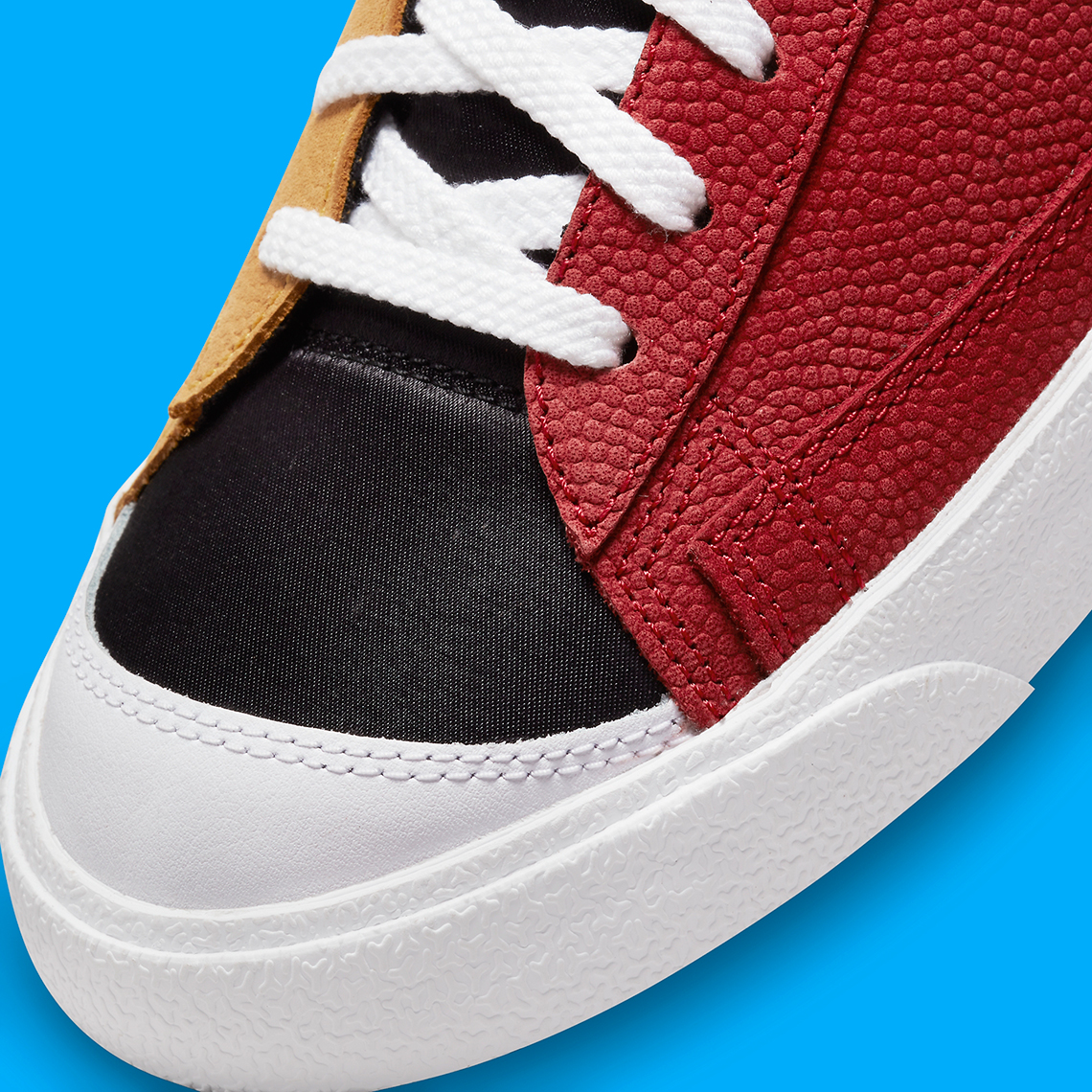 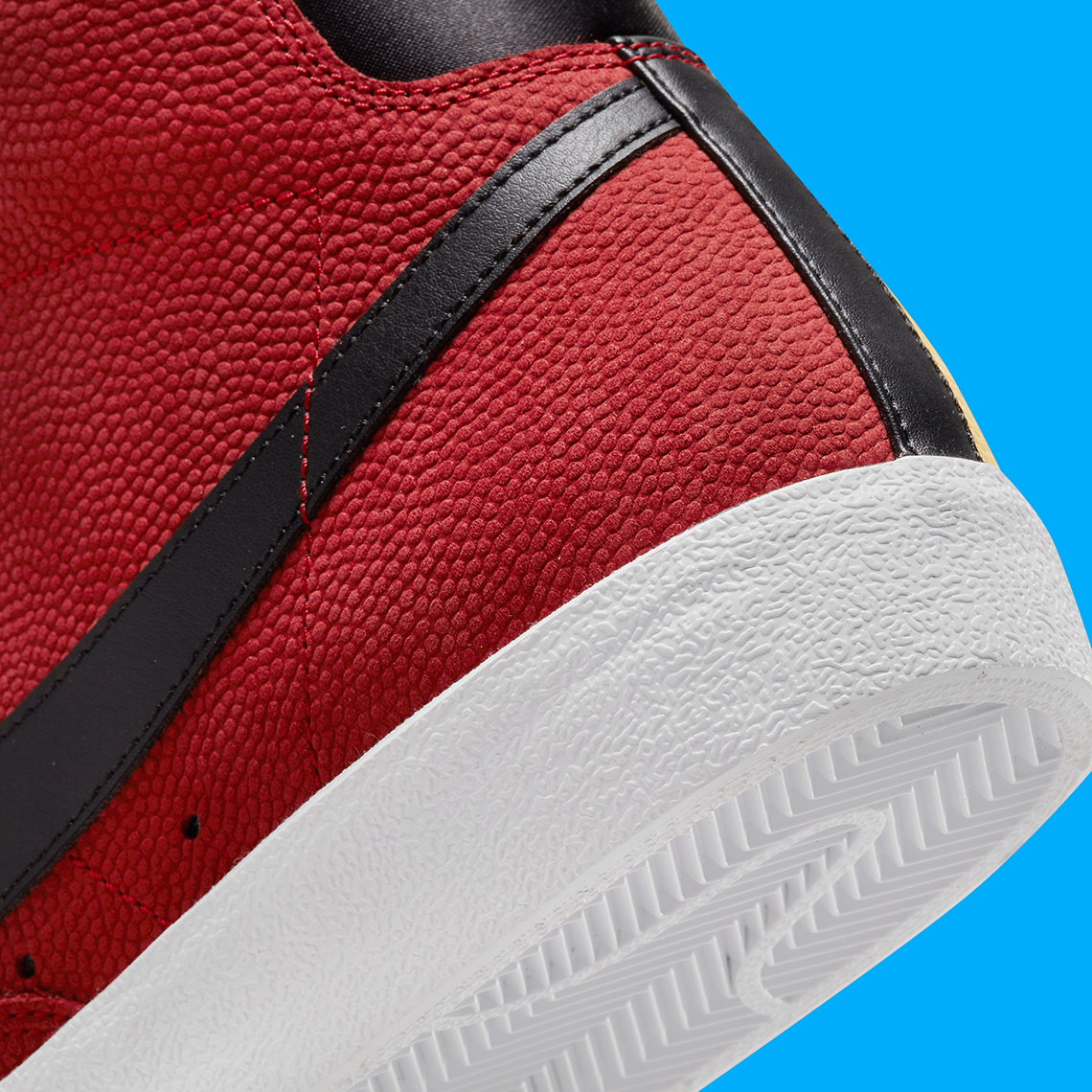 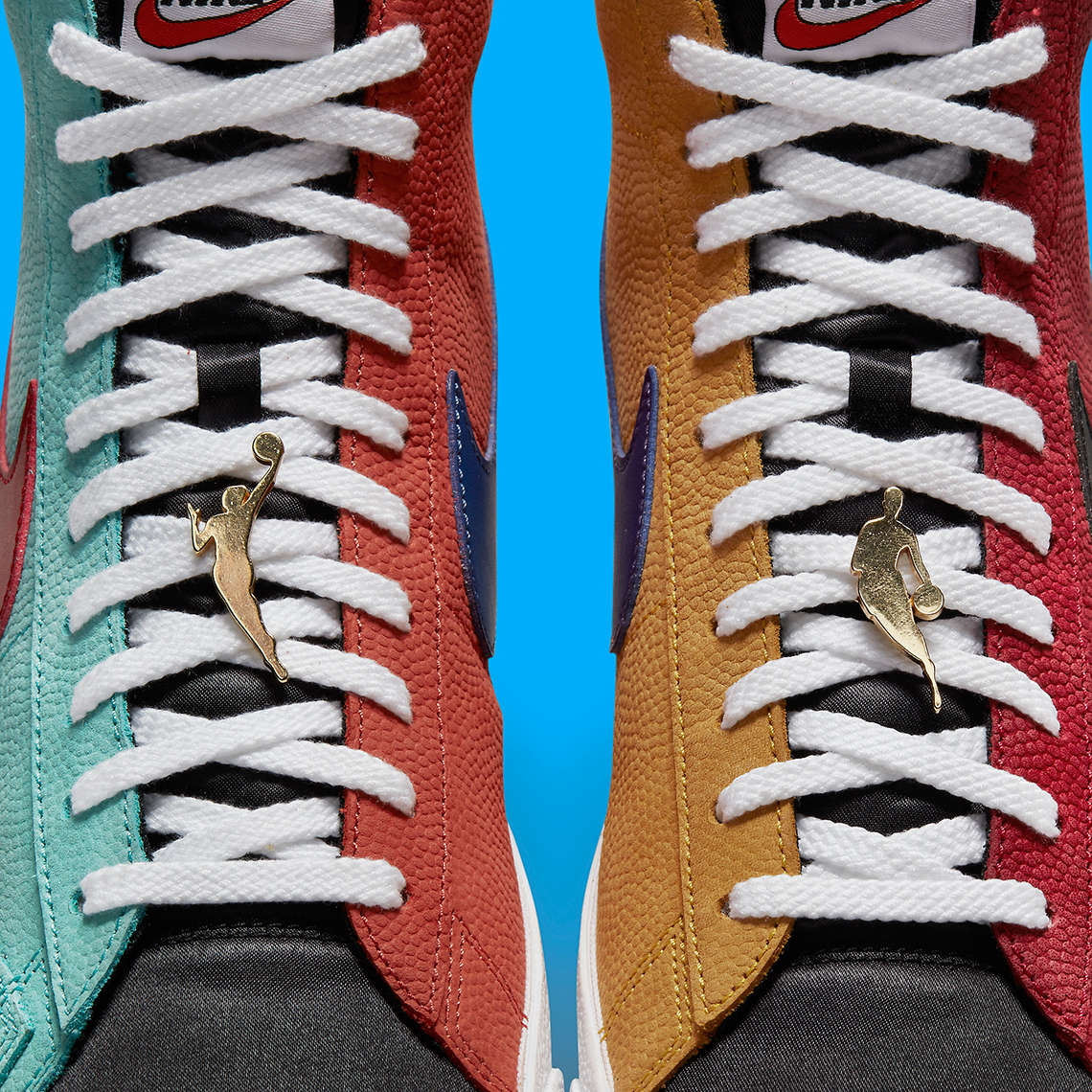 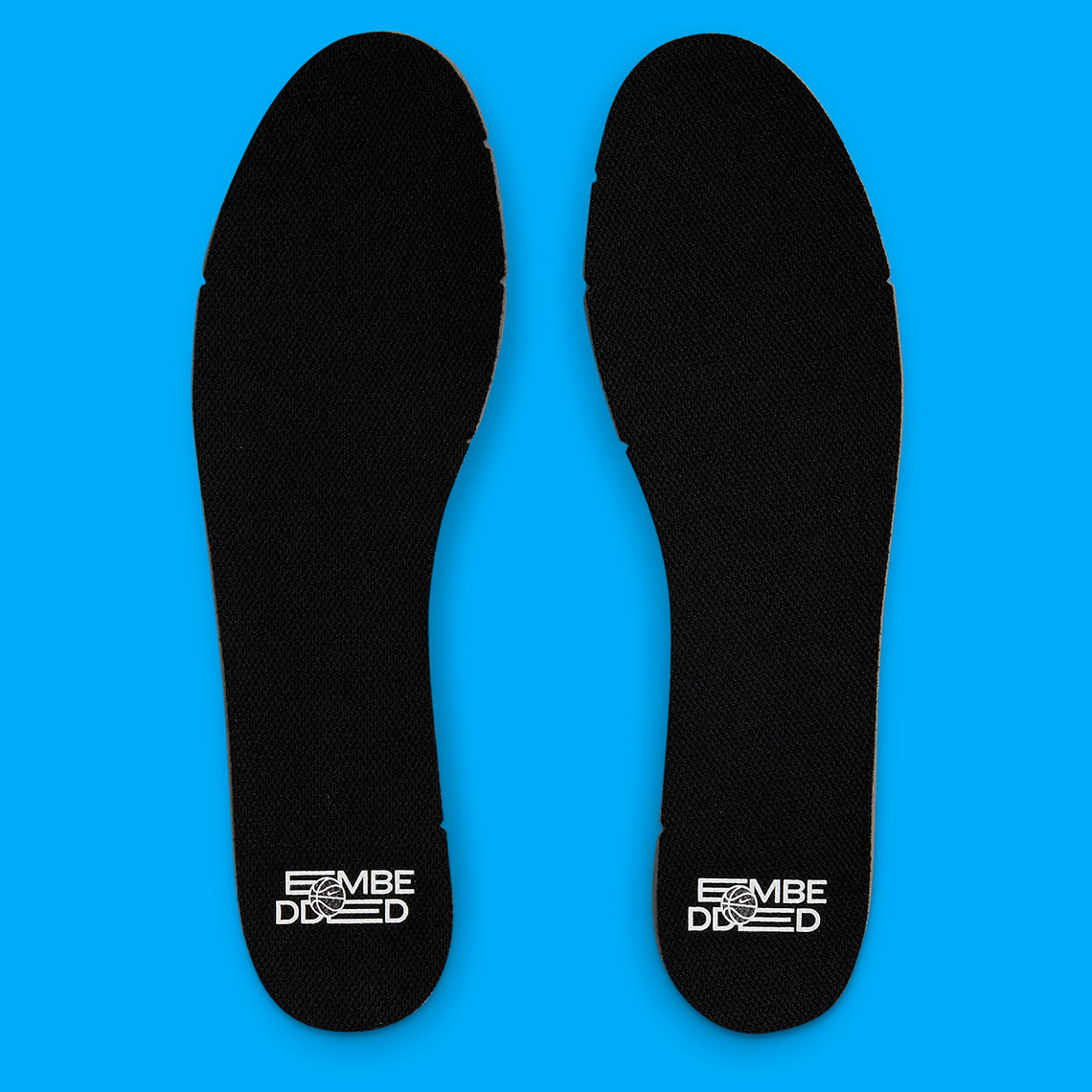