He owns Maude and Gwen (Butcher Shop), both restaurants in Los Angeles, CA named after his grandmothers. While his net worth of $25 million pales in comparison to that of the world’s richest chefs, he’s also created his own line of 80-piece kitchenware and cookware, called Kitchen Solutions.

Here are just some of the TV shows he has appeared on or hosted:

Like a lot of young college students, Chris didn’t end up in the career he originally started pursuing in college.

He was going for a bachelor’s degree in business before making the switch to cooking. And it definitely seems like he made the right choice! 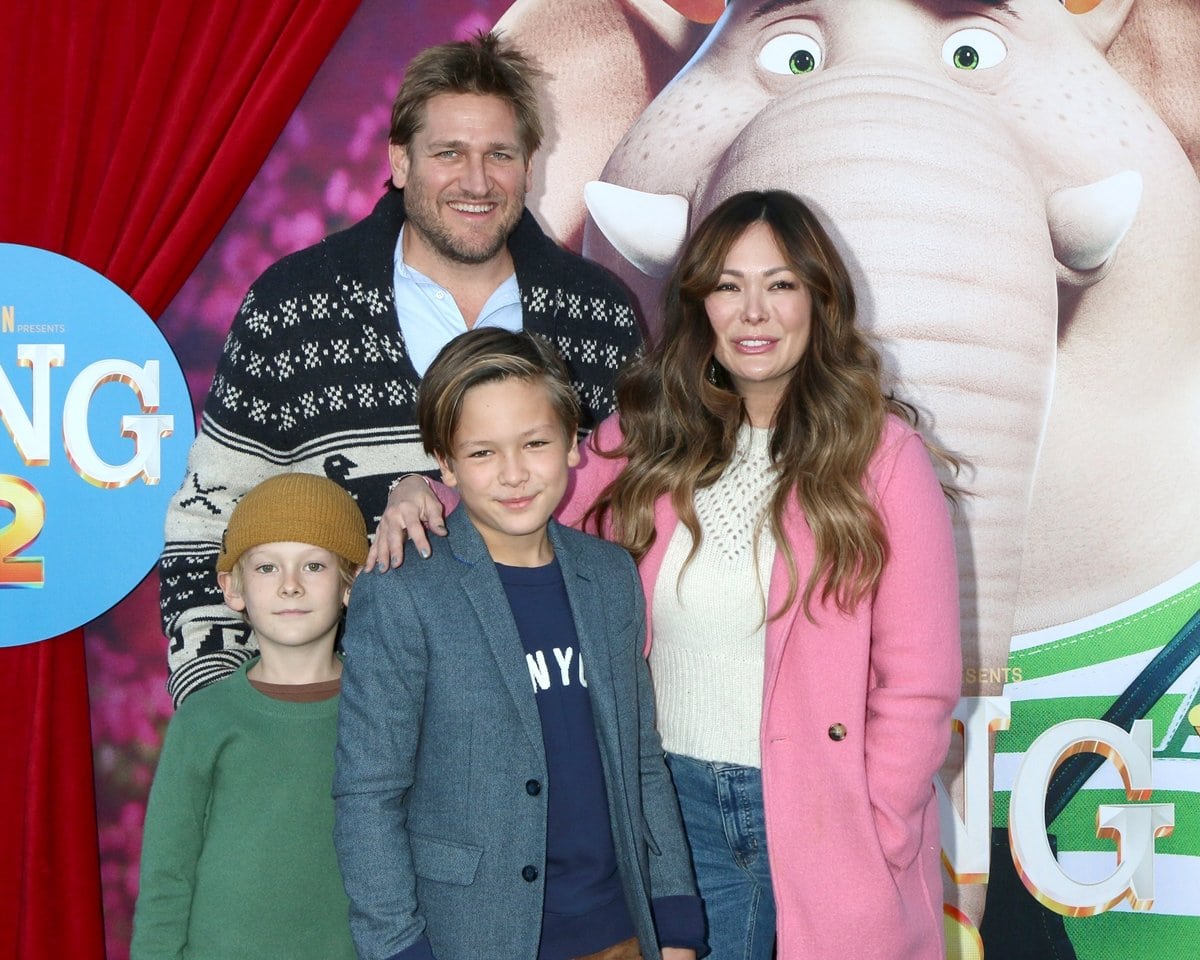 Curtis Stone with his wife Lindsay Price and their children Emerson Spencer and Hudson Stone at the Premiere of Illumination’s “Sing 2” on December 12, 2021, in Los Angeles, California (Credit: Nicky Nelson / WENN)

While he grew up cooking with and watching his grandmothers cook, Chris says that London is where he truly fell in love with it.

And he did end up working at a restaurant for Marco. Not only that but he also got promoted to Head Chef. With that goal achieved, there was nothing he couldn’t do that he set his mind to.

The 46-year-old, 6’4 celebrity chef was born in Melbourne, Australia, and has been thinking about moving back to Australia since 2020 and all the stress of the pandemic. 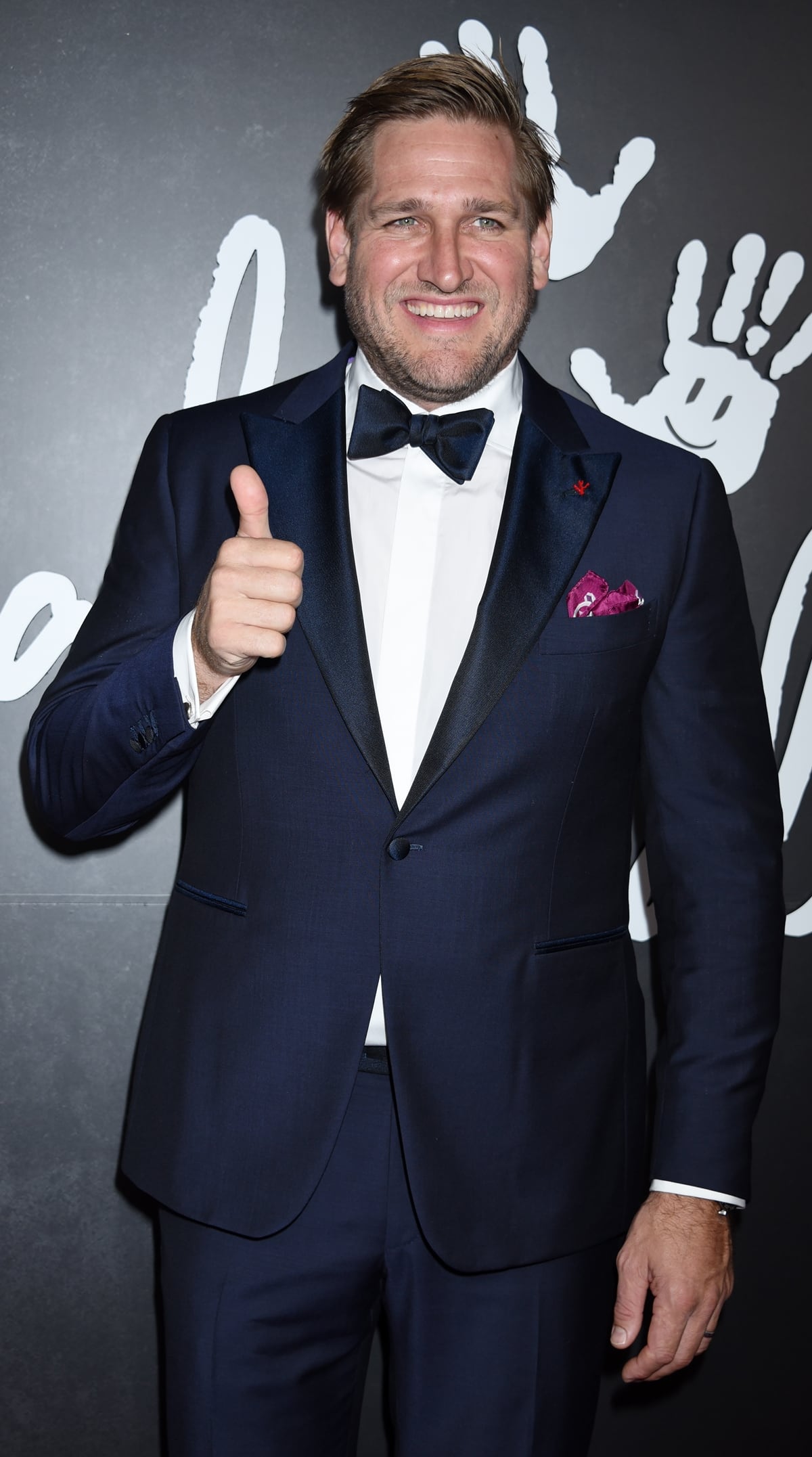 In an interview with the Daily Mail, he states, “We’re doing everything we can to stay in the game and ride it out…It’s not pretty over here in California at the moment. We’re just doing whatever we can to stay positive.”

Lindsay Price is a singer and actress, most commonly known for her work on Beverly Hills and Lipstick Jungle. The 45-year-old, 5’7 actress started acting at only 5 years of age and now she is worth 25 million dollars! 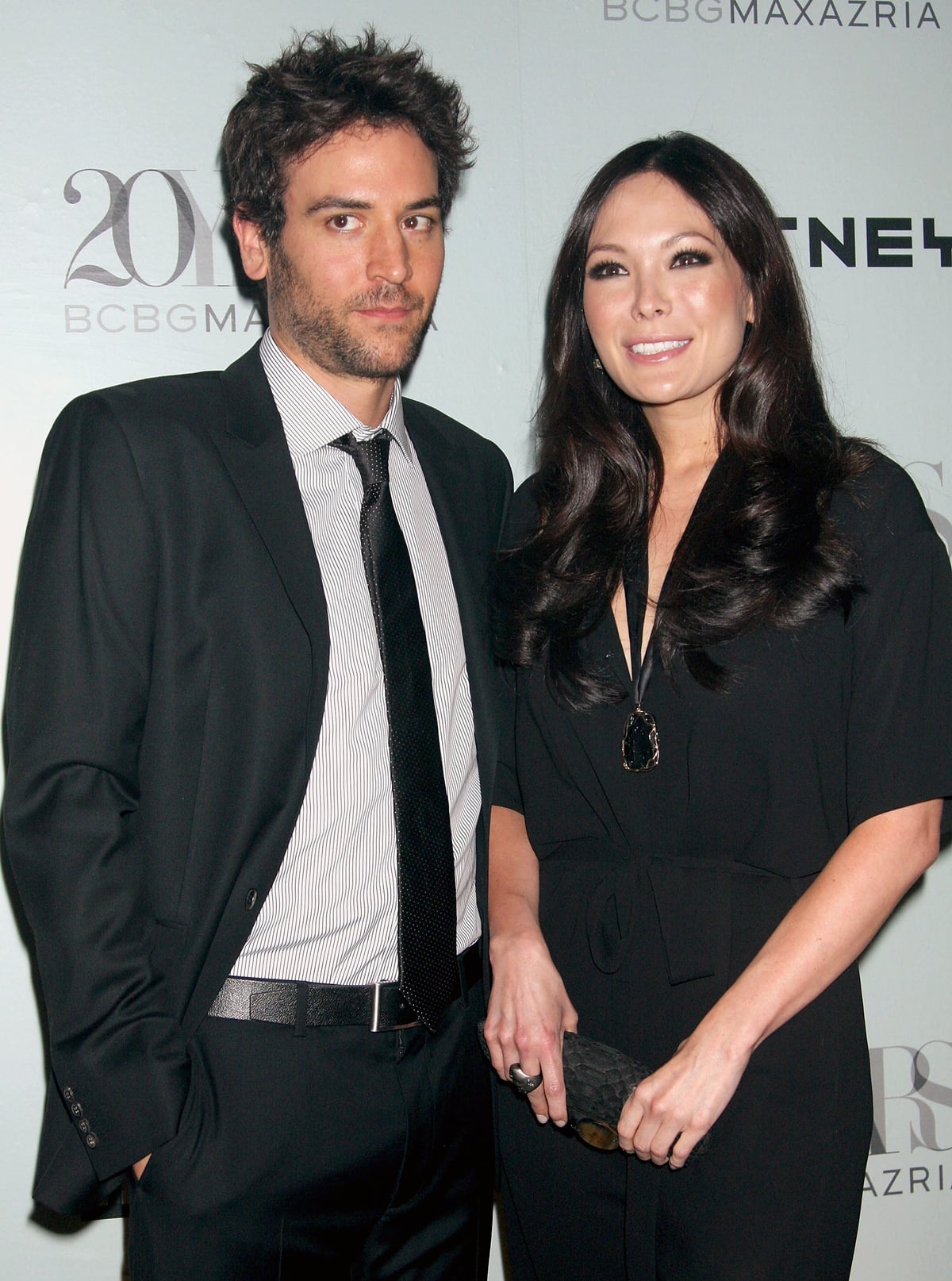 Shawn Piller and Lindsay Price married in 2004 and divorced in 2007 (Credit: Tmobile / WENN)

Lindsay Price Stone married Curtis Stone in 2013 after dating for 3 years, and they got engaged in Italy.

How did Curtis Stone and Lindsay Price meet?

According to Curtis, he and Lindsay were set up on a blind date in 2009. He tells 9Honey, “A friend of ours had been badgering us for a while to meet each other and I wasn’t super interested. I don’t know, it just felt a bit awkward.”

Curtis shared about his wife, Lindsay, on Instagram in 2020, “This time 7 years ago. We were full of hope. We were uncertain where the road would take us. But we had a hunch if we stuck together, we would learn about love in ways we never knew.” 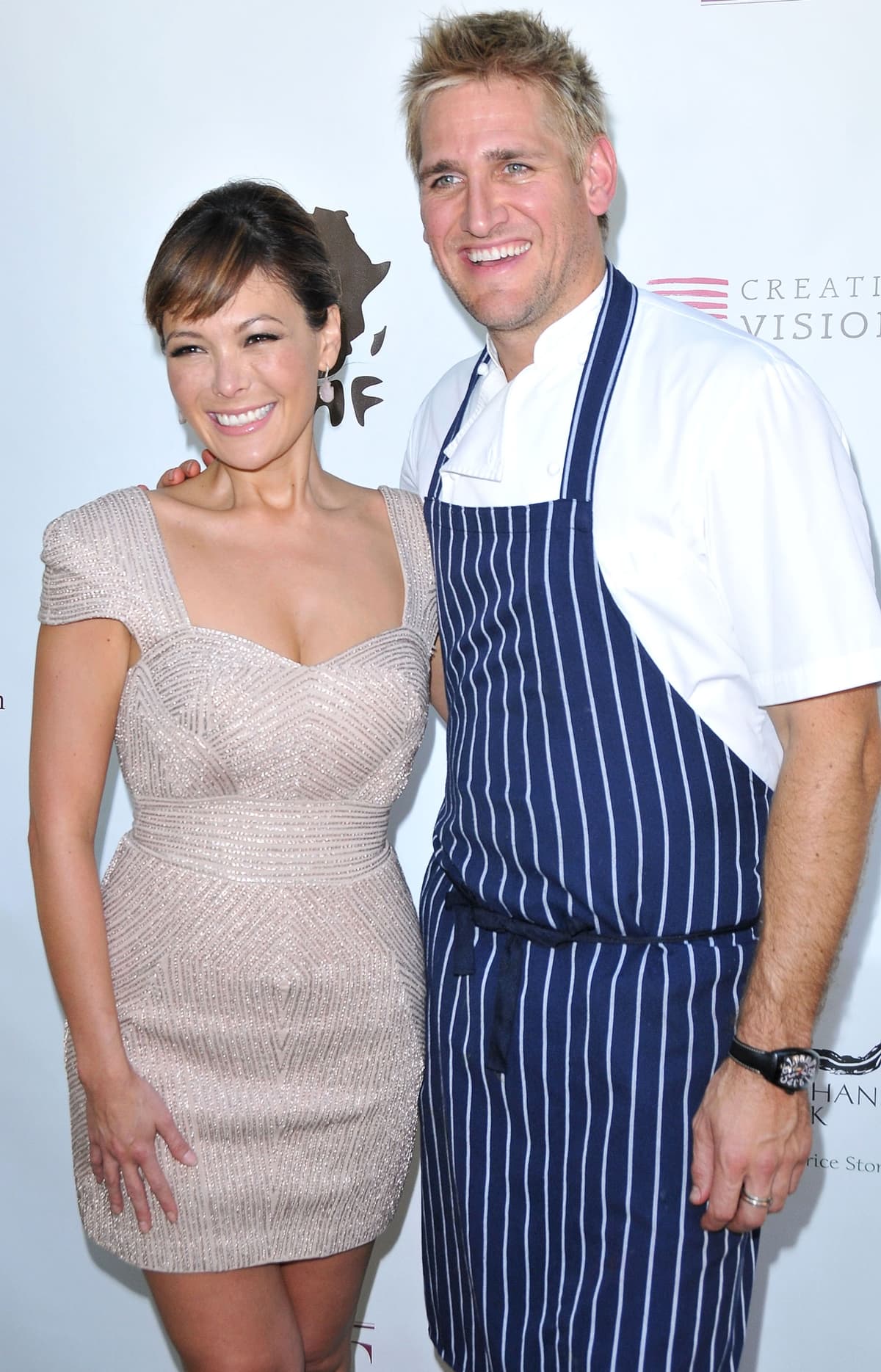 Lindsay Price and Curtis Stone met in 2009 on a blind date organized by a friend (Credit: WENN)

And the rest was history. They had their first child together in 2011. They eventually got married at Hilton Sa Torre Mallorca Resort in Spain.

A fun, interesting fact about the two of them is that while they disagree on little when it comes to food preferences, there are a couple of foods they are not fond of.

Lindsay, for example, is not too crazy about Vegemite, an Australian savory spread made from vegetables. It’s an Aussie favorite. Ironically, Chris is not thrilled about the American staple food sweet potato casserole (the sweet kind topped with marshmallows).

What are they up to now?

As of 2021, Curtis and Lindsay Stone are still based in Los Angeles, CA, and he still runs his restaurants.

In an interview with Now to Love in 2018, Chris said, “We’re 10 minutes from the beach – we live in a cosmopolitan city, but there are deer in our backyard and coyotes chasing them. You can be in the mountains at Mammoth skiing and back down at the beach surfing the same day.”

Unfortunately, all restaurants took a hit during the 2020 COVID-19 quarantine and he was forced to close both Gwen (Butcher Shop) and Maude. 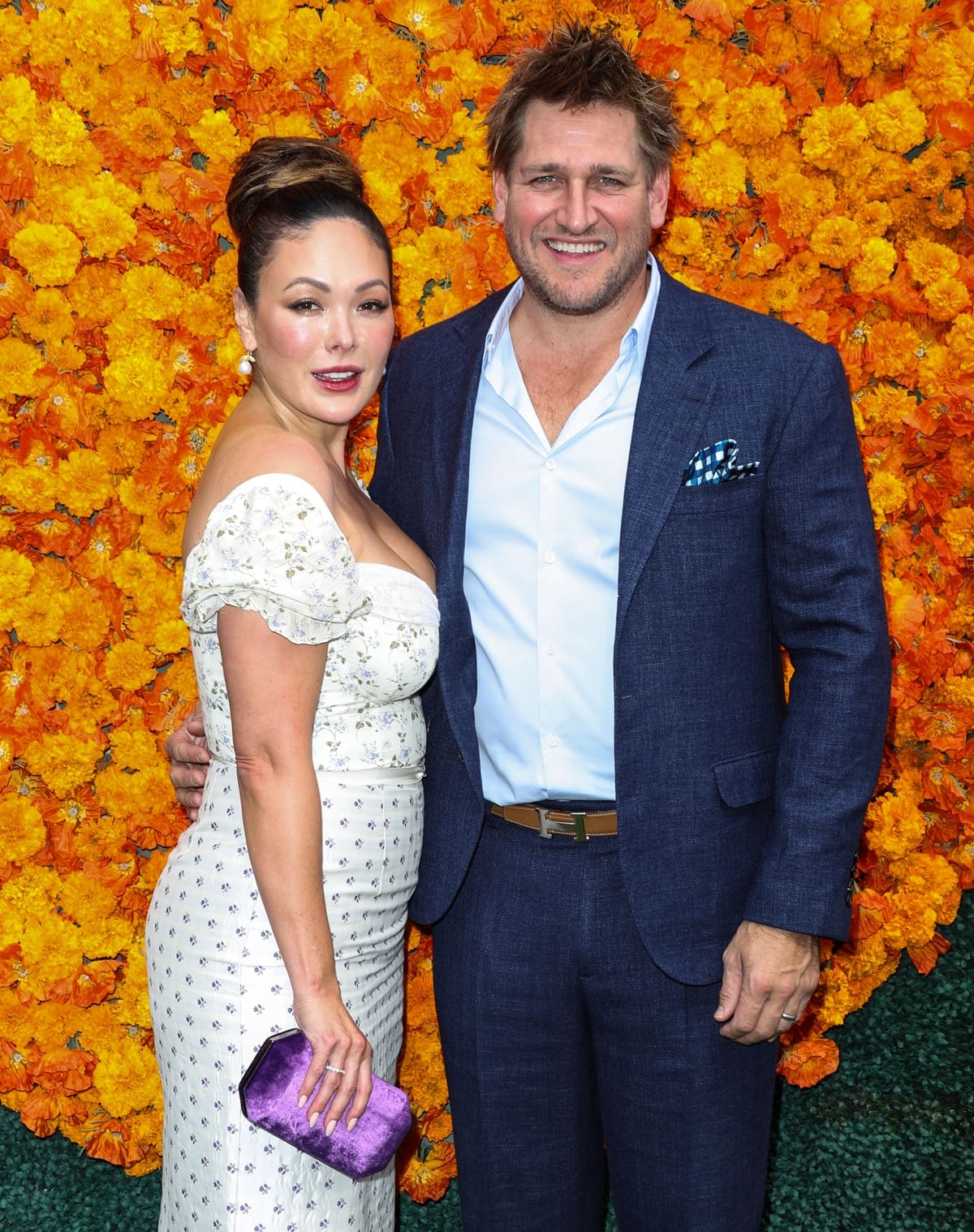 Lindsay Price and Curtis Stone have been married since 2013 (Credit: Avalon / WENN)

Thankfully he worked hard to keep his staff employed and managed to do so successfully. We all know that curbside pick-ups, online ordering, delivery, and other creative solutions helped save many businesses, and his was no different.

Quarantining also forced a lot of people to slow down their busy lives and Chris was thankful for the extra time he got to spend with Lindsay and their children.

Aside from being a celebrity chef, entrepreneur, and author, he’s also a full-time dad. In an interview with New Idea, he states, “It wasn’t my dream to be a dad or have kids. Not that I was against it, it just wasn’t at the top of my list. But after having children you realize what true love is all about – I can’t even think about not being a dad now.”

Of course, Lindsay is also a full-time mom. And according to Chris, she rocks at it. She’s still acting and was in a show called Splitting Up Together from 2018-2019, a show called Celebrity Watch Party in 2020, and Atypical this year. 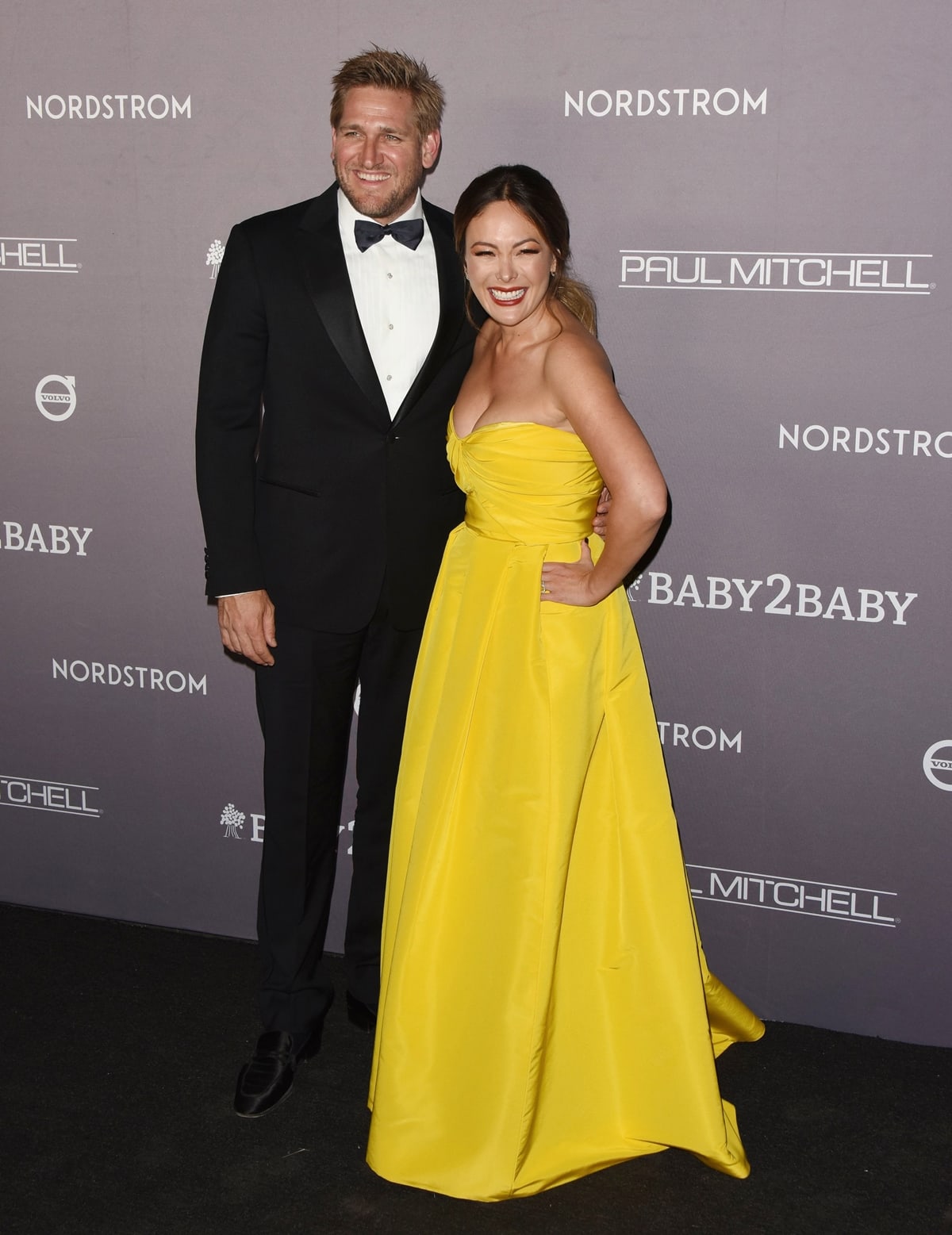 Lindsay Price in a strapless yellow ball gown with her husband Curtis Stone at the 2019 Baby2Baby Gala Presented by Paul Mitchell at 3LABS on November 9, 2019, in Culver City, California (Credit: Avalon / WENN)

Together they enjoy the outdoors, spending time with each other and their kids, and exploring the city, and of course, cooking.

In December 2013, we featured Juliette Lewis in a gorgeous gown by Monique Lhuillier styled with equally stunning Brian Atwood sandals.

We were waiting to see them again, and finally, by a stroke of luck, one month later Naomi Watts attended the 2014 G’Day USA Black Tie Gala wearing the same shoes. The event honored Geoffrey Rush, Jacki Weaver, and Curtis Stone with Awards for Excellence. 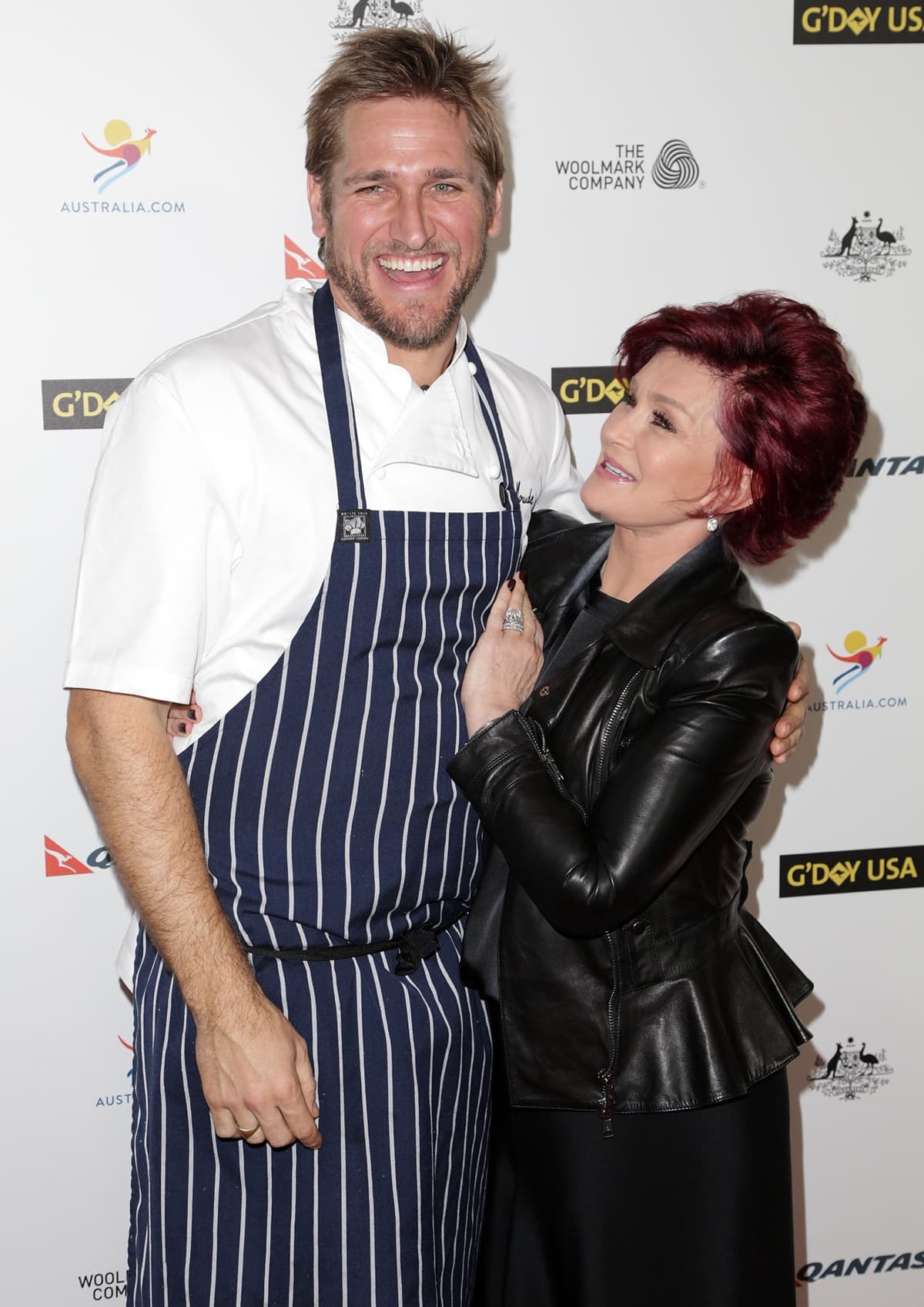 The British actress and film producer styled the sandals with an ice blue dress from Marchesa featuring Chantilly lace embroidery, a layered lace hem, and a scalloped illusion yoke. 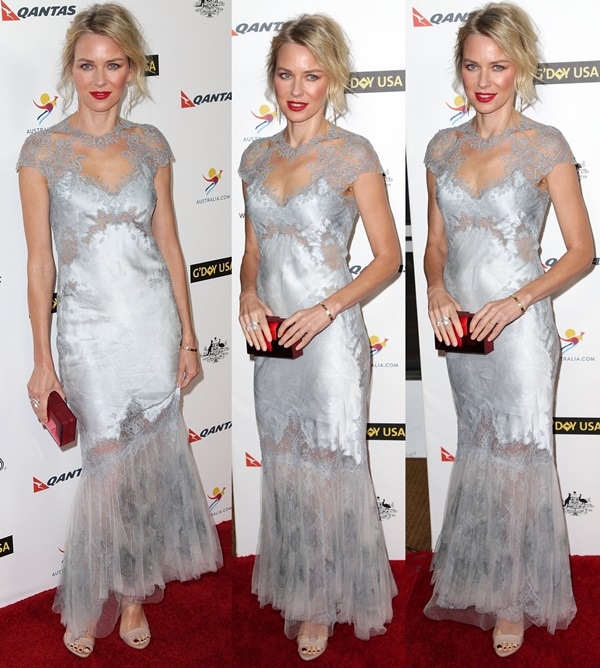 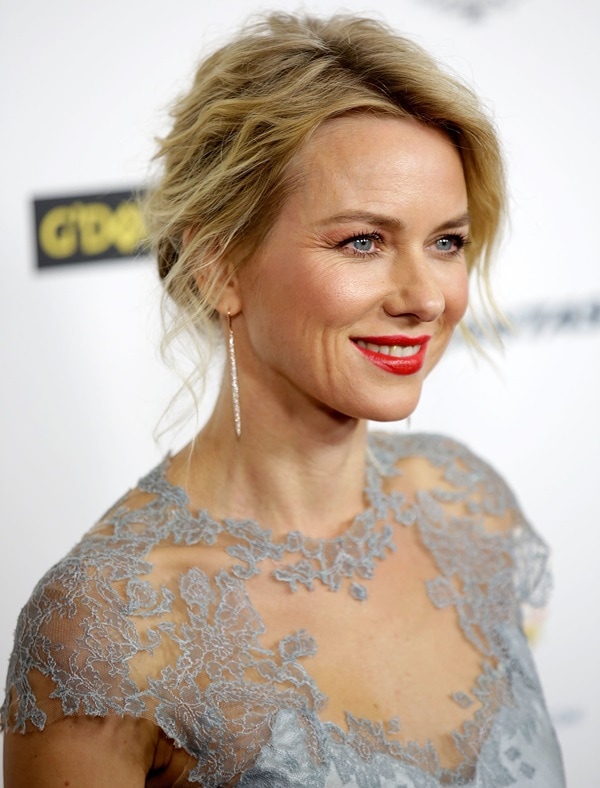 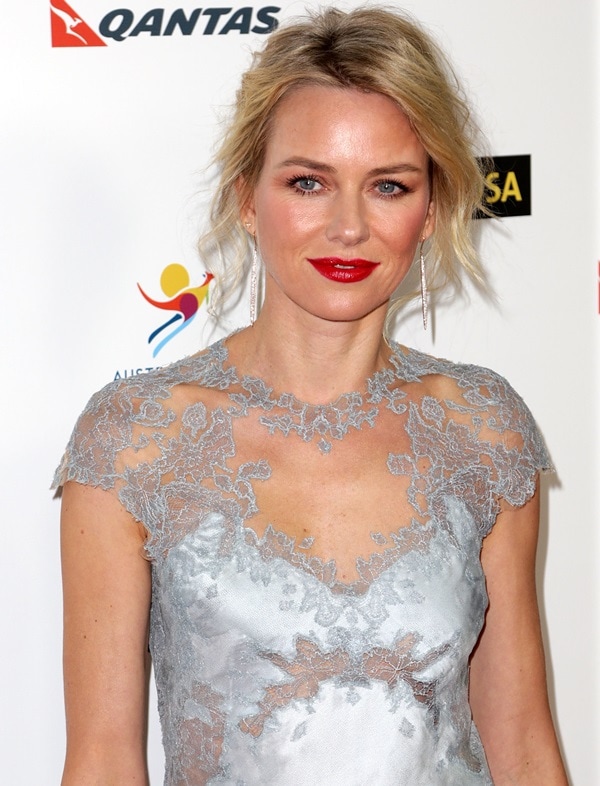 Do you like how the then 45-year-old actress styled her ensemble? Below you’ll find three more shoe designs from Brian Atwood. Which of these three pairs do you like the most? 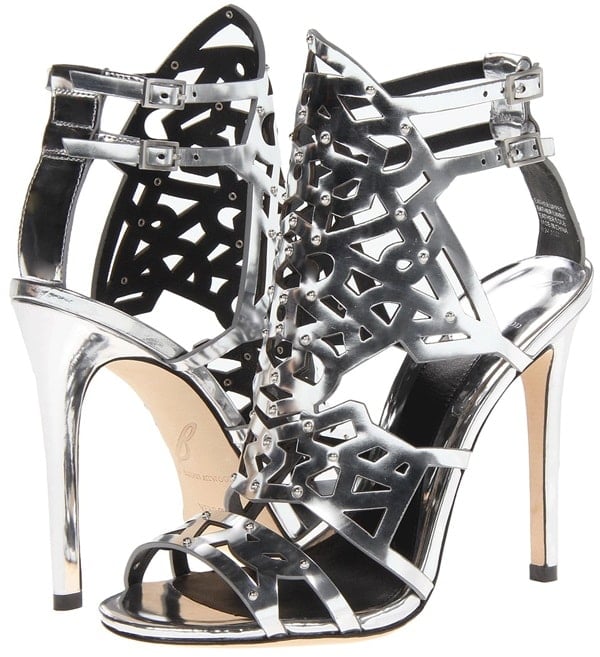 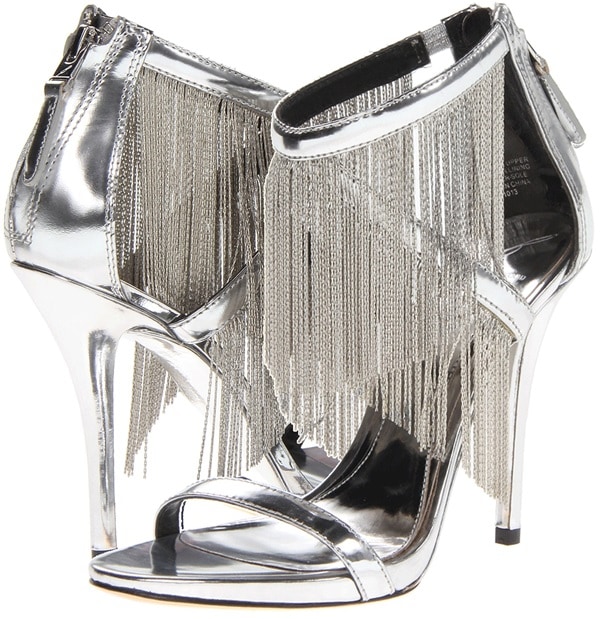 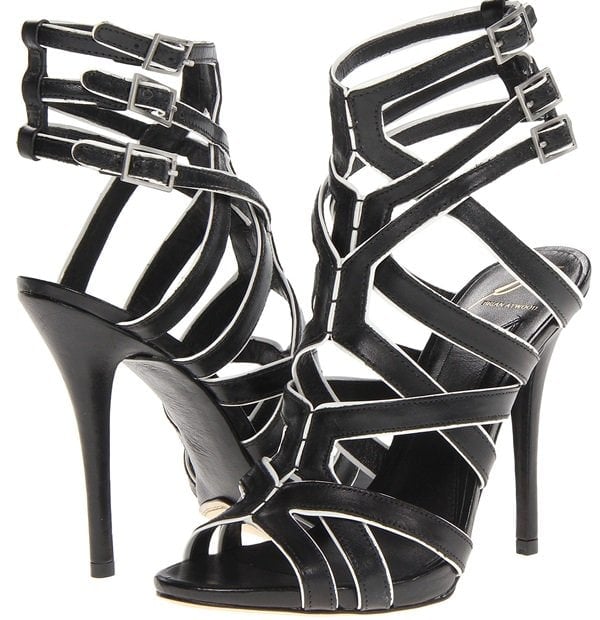