She’s been killing the fashion game while making the promotional rounds for her latest cookbook.

In her recent appearance on Jimmy Kimmel Live, Chrissy Teigen put a sexy twist on the classic long black dress.

Chrissy Teigen arriving at Jimmy Kimmel Live show to promote her Cravings: All Together cookbook in Los Angeles on December 7, 2021 (Credit: Mega / WENN)

She also gave an eyeful of her ample cleavage in the sensational dress that boasts a bustier bodice with molded cups that are dotted with gold-tone metal Tiger Tooth embellishments.

The dress skims the hips before falling to a floor-sweeping hem, letting her flaunt her sensational figure. 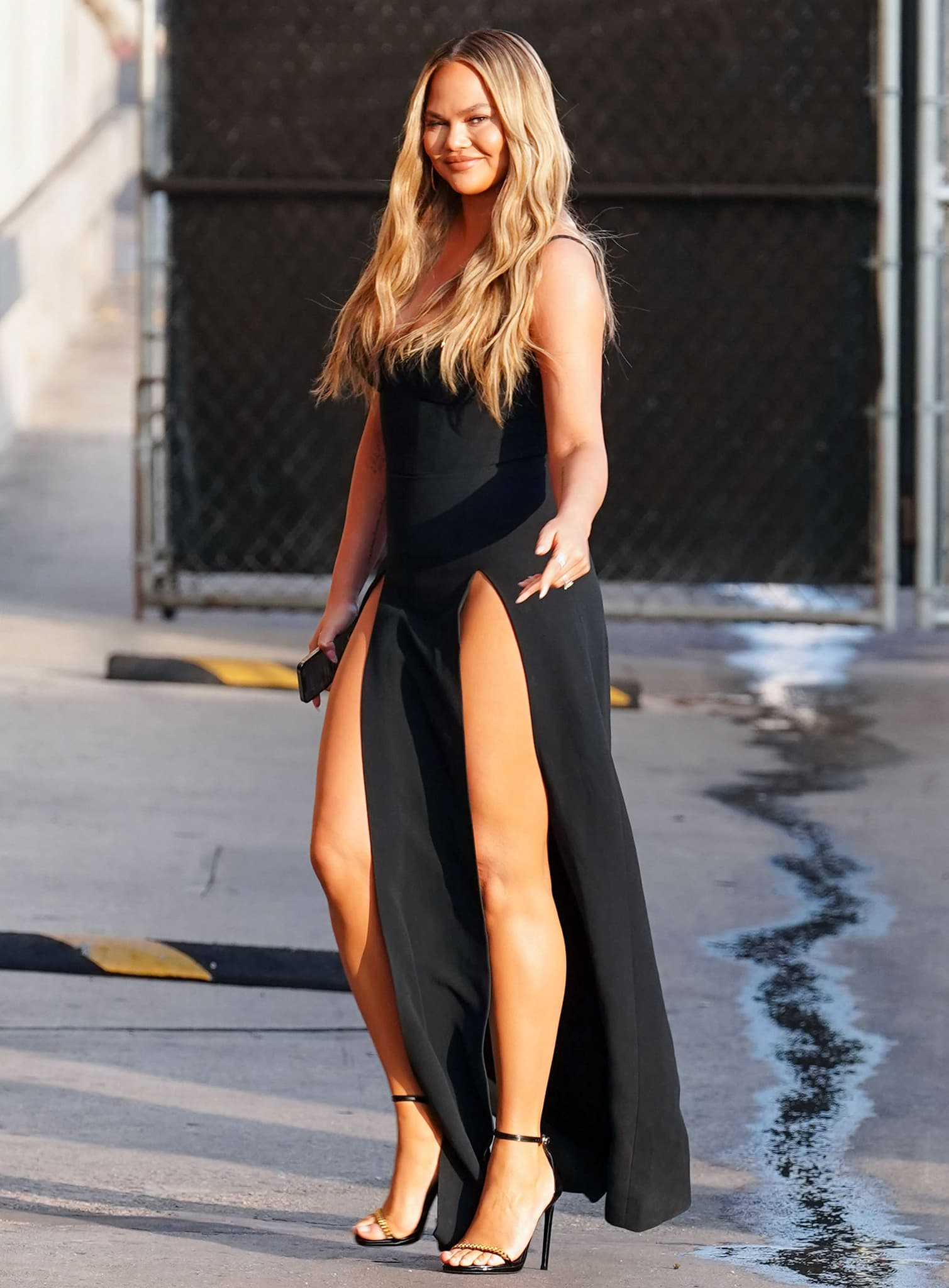 Keeping the look sultry, the Cravings founder parted her blonde tresses in the middle and styled in loose waves flowing over her shoulders. 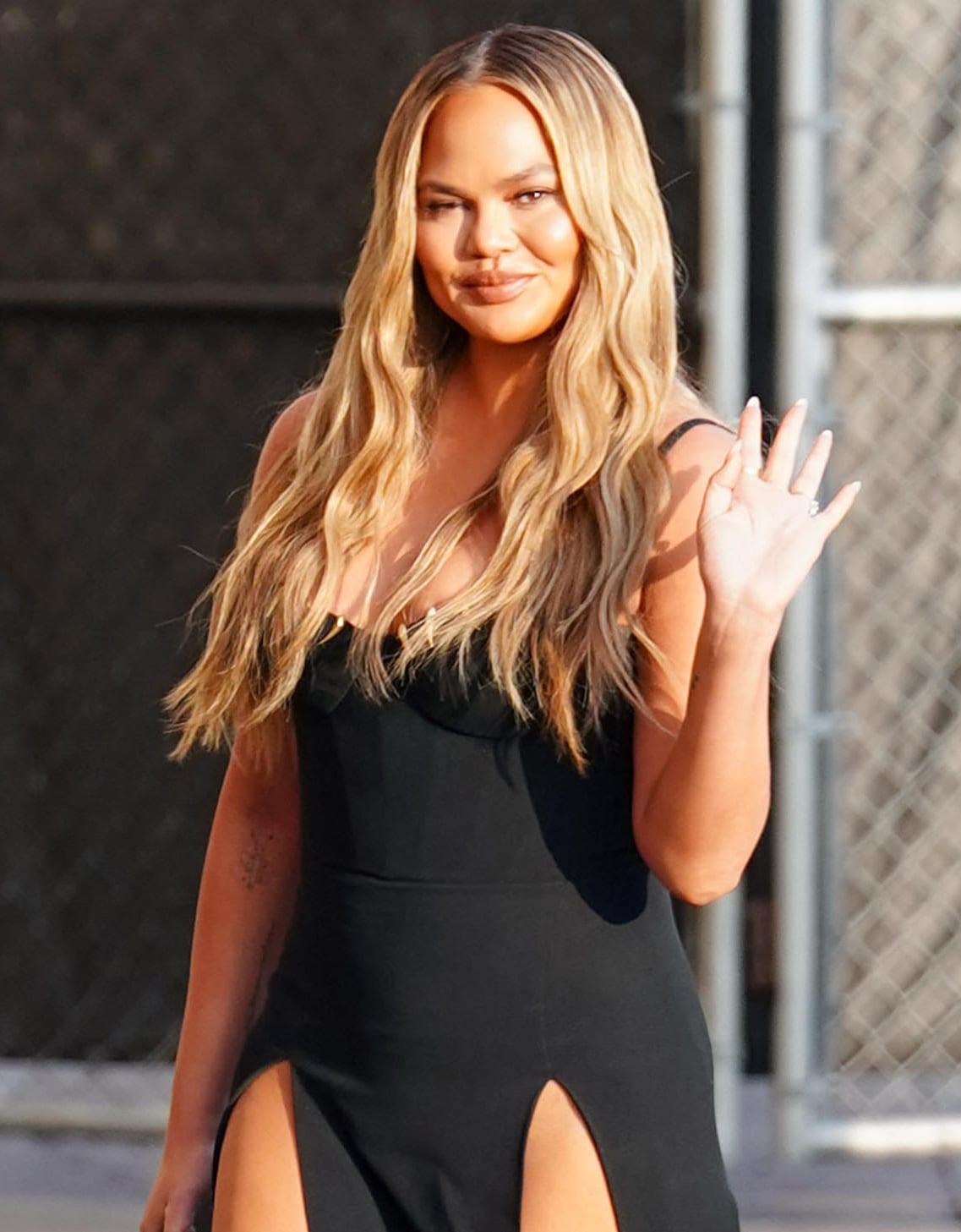 Chrissy kept her accessories understated. She wore thin hoop earrings and a few rings and slipped her feet into a pair of Saint Laurent “Jane” sandals. 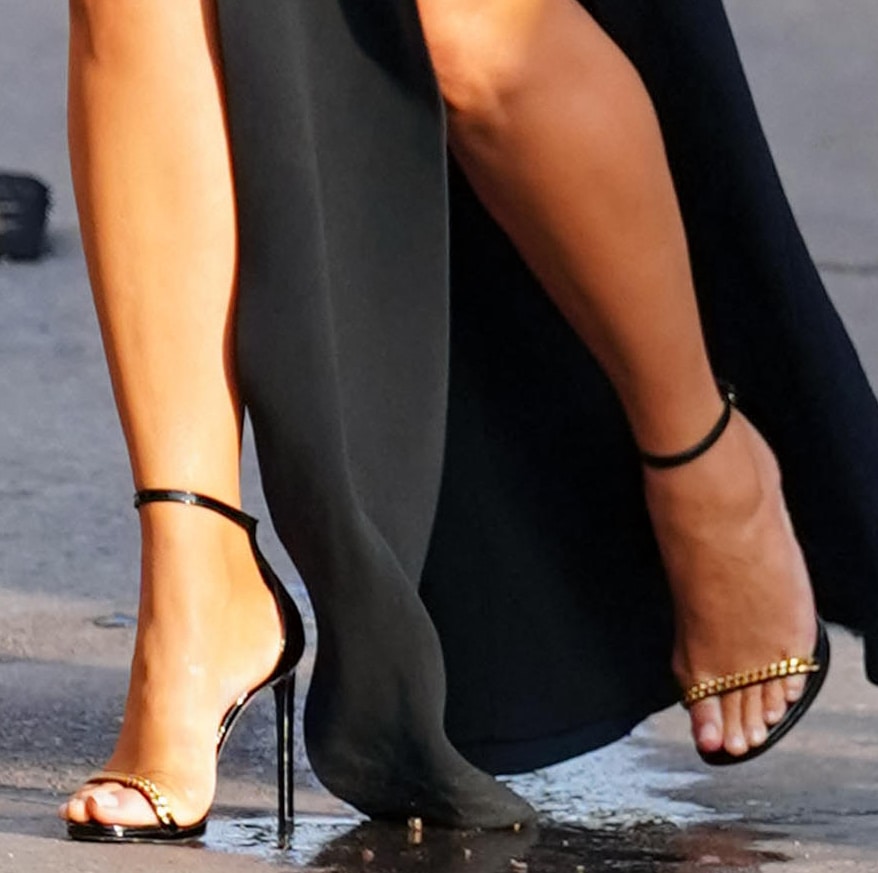 Backstage, Chrissy set pulses racing as she laid on a marbled credenza in front of a “Jimmy Kimmel” wall for a quick photo shoot.

She later shared the photos with her followers and captioned the post: “the cringe factor of an Instagram shoot in front of strangers is level 1000. The fan and ring lights brought it up to 3000. blessings to the team !!!”

Aside from talking about her new cookbook, “Cravings: All Together: Recipes to Love: A Cookbook” that you can buy on Amazon, Chrissy also candidly spoke about relocating to Las Vegas to support her husband John Legend, who is set to kick off his 24-show residency, Love in Las Vegas, in Planet Hollywood in April 2022. It will end on October 29, 2022.

“I am genuinely excited because I’m going to hit up Adele’s residency,” she laughingly told guest host JB Smoove.

“That’s how you do it. You’ve got to bounce around to everybody’s residency,” JB replied. Adele Las Vegas tickets on resale sites like StubHub and SeatGeek are asking as much as $35,000 per ticket.

Chrissy added, “I’ve seen his show, but no, it’s gonna be a beautiful show, so exciting. It’s at Planet Hollywood, it’s going to be beautiful. Bringing some romance to Vegas. My kids, we’re gonna live in Vegas, I guess. I guess this is our thing now.”