Being the Ricardos received mixed reviews from critics, but stars Nicole Kidman and Javier Bardem were praised for their portrayal of Lucille Ball and Desi Arnaz.

Last week, the 54-year-old actress brought old Hollywood glamour to the red-carpet premiere of the biographical drama written and directed by Aaron Sorkin.

Nicole Kidman looks regal at the Los Angeles premiere of Amazon Studios’ Being The Ricardos held at the Academy Museum of Motion Pictures on December 6, 2021 (Credit: Avalon / WENN)

She nearly spilled out of her gray tulle gown that features a crystal-embellished sweetheart neckline and a ruffle detail at the bust area.

Custom-designed for the actress, the ethereal dress boasts a waist-defining cinched midsection that flares out into a voluminous full skirt. 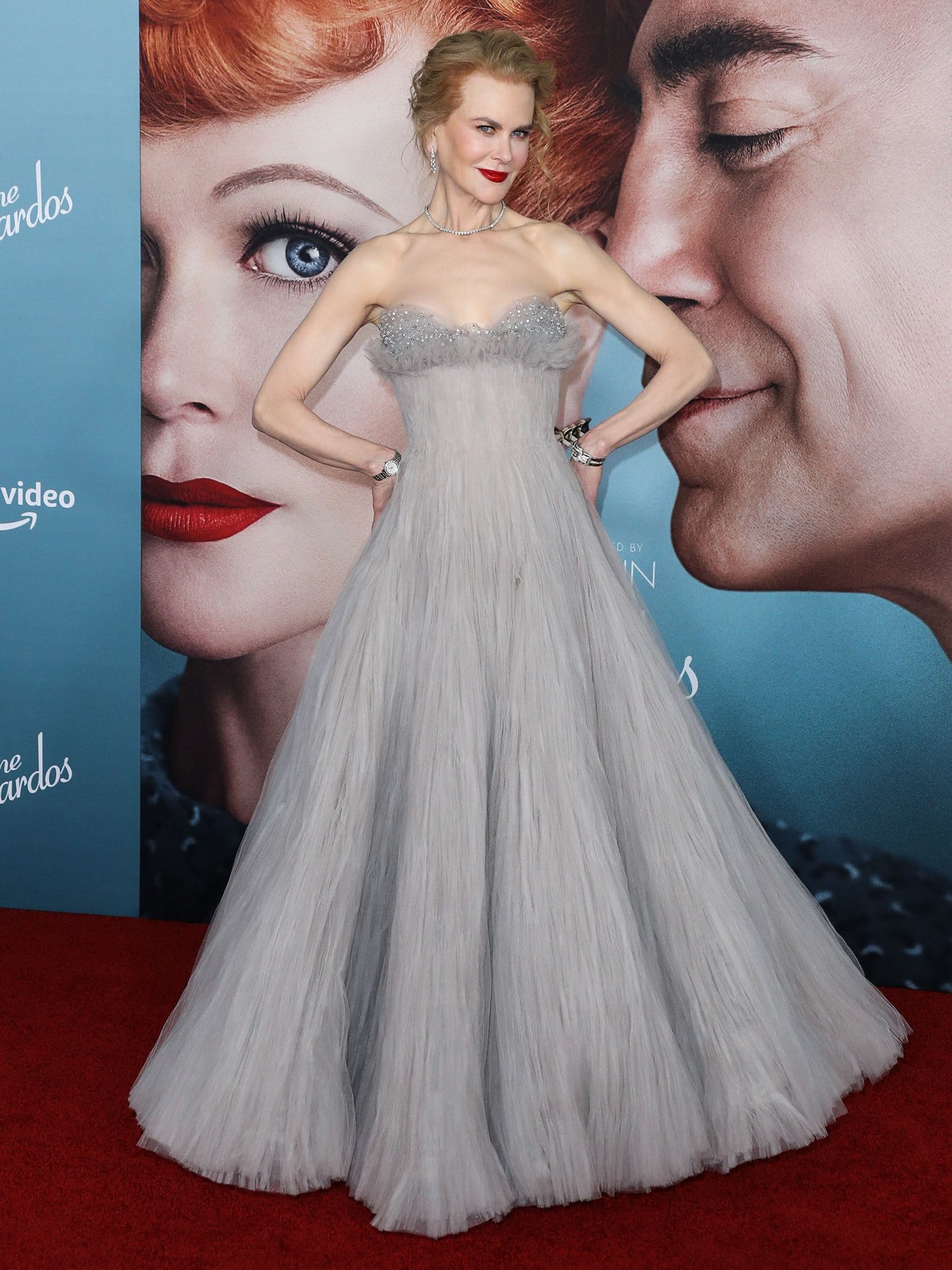 While playing with her gown on the red carpet, the Moulin Rouge star gave a glimpse of her sparkling sandals underneath.

She wore the Jimmy Choo “Thyra” sandals, which added a subtle touch of sparkle to the look.

Available at Saks Fifth Avenue, they are made of beige suede and feature all-over crystal embellishments, topped with a crystal-embellished knot detail across the toes and about 4-inch heels. 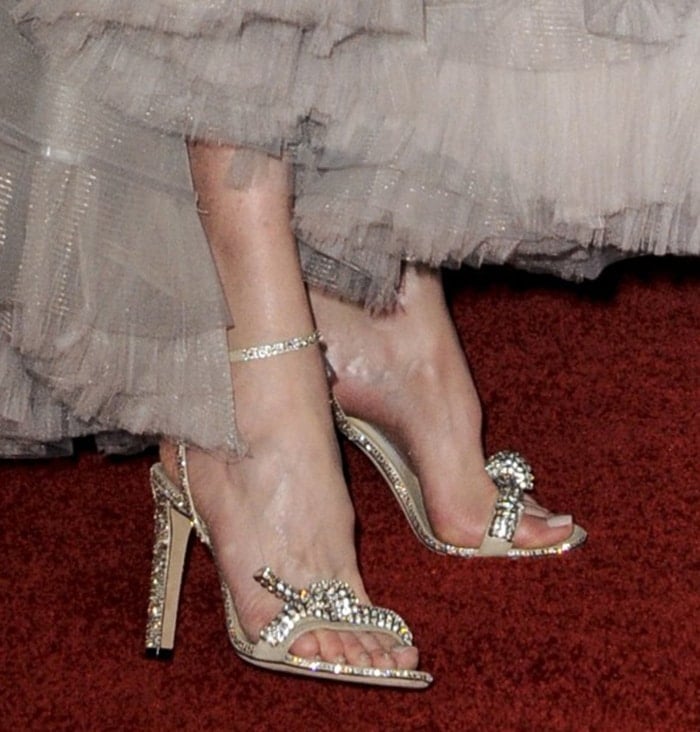 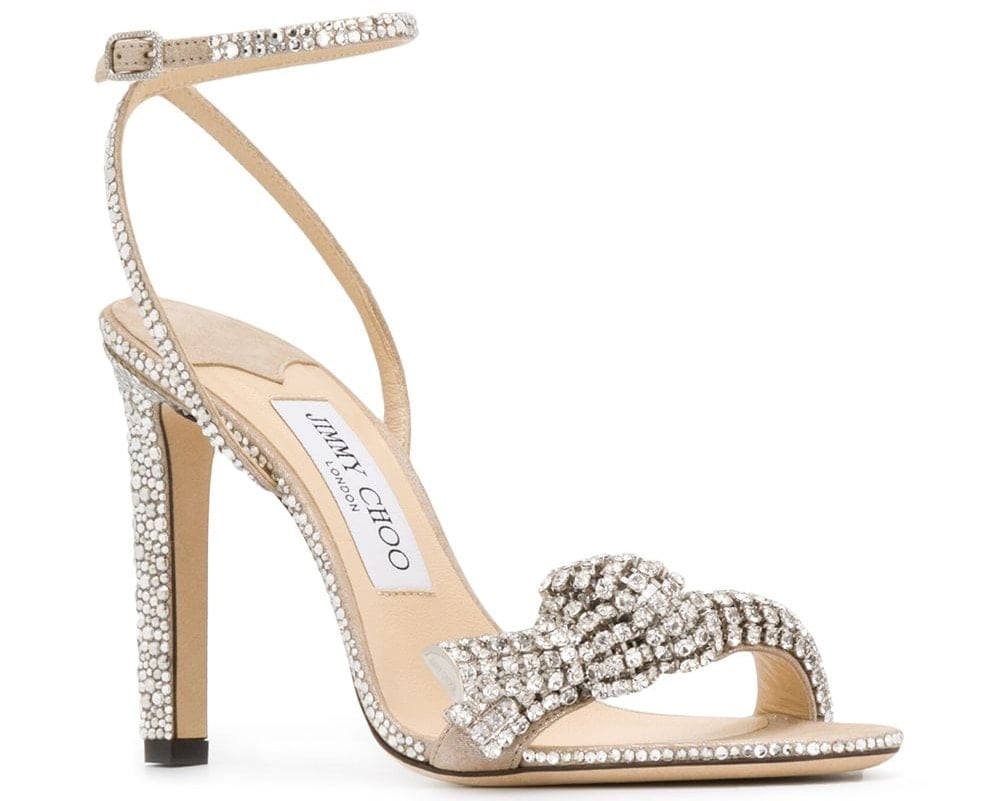 Nicole, who has recently been nominated for Golden Globe Best Actress in Drama for Being the Ricardos, rounded out her regal outfit with a silver Omega watch and a set of classic diamond jewelry.

Her glam team kept things classic with her hair and makeup. Hairstylist Kylee Heath pulled her tresses back into a messy yet elegant updo while makeup artist Kelsey Deenihan Fisher added a pop of bright red lip color to her beauty look. 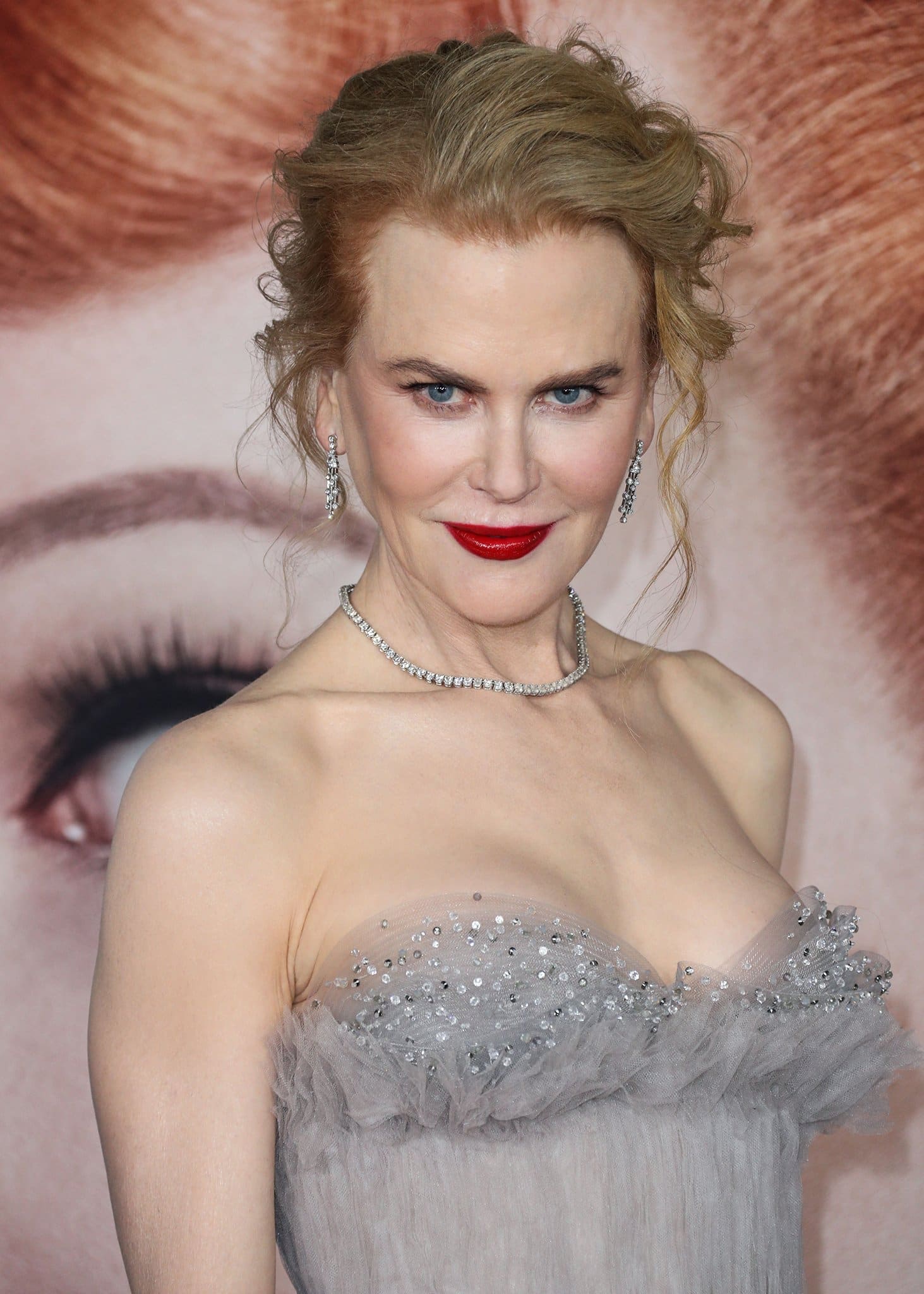 Nicole Kidman continues with the old Hollywood vibe of her look with a wispy updo and a swipe of red lipstick (Credit: Avalon / WENN)

The Days of Thunder actress posed with her on-screen husband on the red carpet. Javier Bardem, who’s also nominated for Golden Globe Best Actor in Drama, looked dapper in an all-black suit.