Reese Witherspoon joined her lookalike daughter Ava Phillippe and Scarlett Johansson at the premiere of their new movie Sing 2 held in Los Angeles on Sunday.

The 45-year-old actress tried to look younger than her 22-year-old daughter in a sequin Carolina Herrera Spring 2022 mini dress that was made in the USA. The colorful polyester dress retails for $2,290.

Available at Harrods for $939, her shoes from the popular women’s shoe designer are sculpted with V-shaped notches to the ankles. 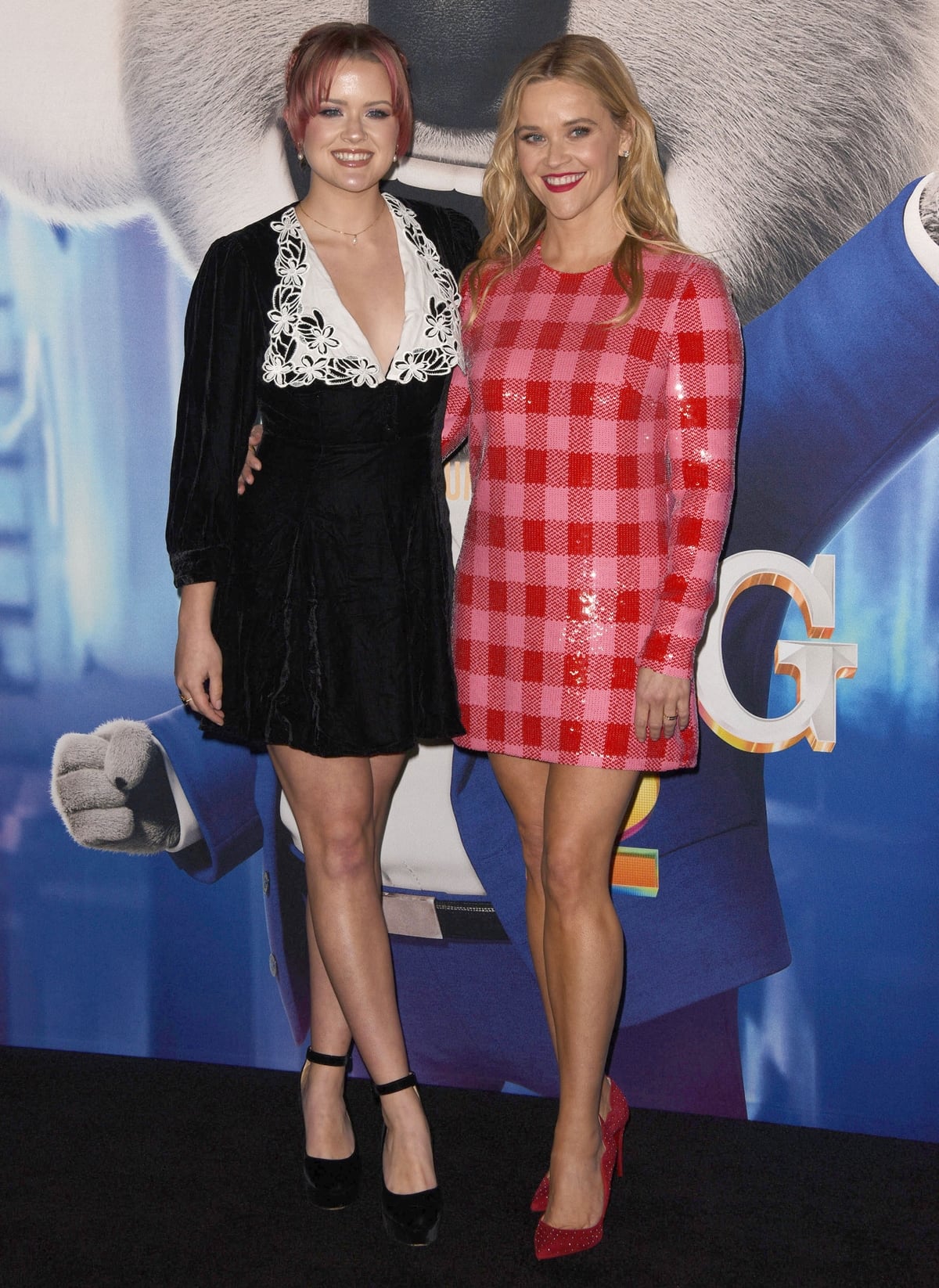 Last month, Reese shows off her feet in Jimmy Choo sandals at the 2021 InStyle Awards held at The Getty Center in Los Angeles. 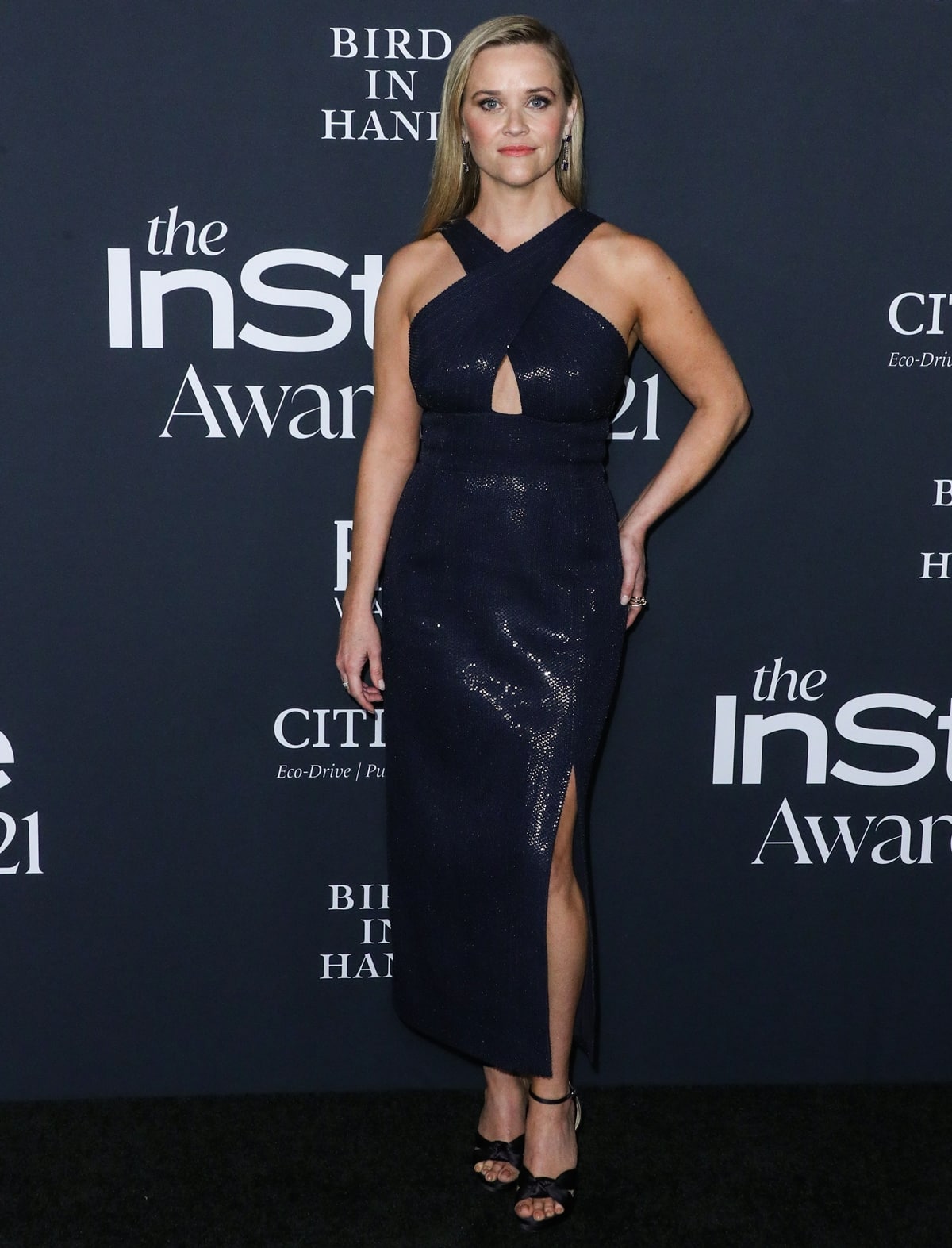 She wore her glamorous heels with a shimmering Michael Kors Collection dress and Tiffany & Co. jewelry.

Nominated for Best Actress at the 87th Annual Academy Awards, in February 2015 Reese Witherspoon joined other Oscar nominees, including Julianne Moore, Rosamund Pike, and Marion Cotillard, at a luncheon held at The Beverly Hilton in Los Angeles. 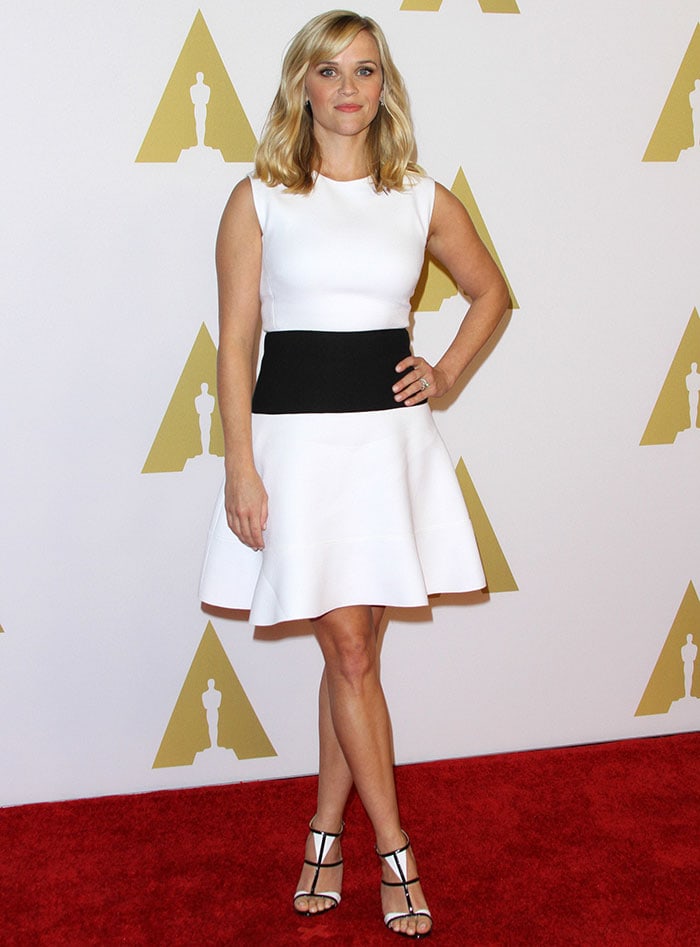 The then 38-year-old actress graced the said luncheon in a chic and feminine look while flashing her hot feet. 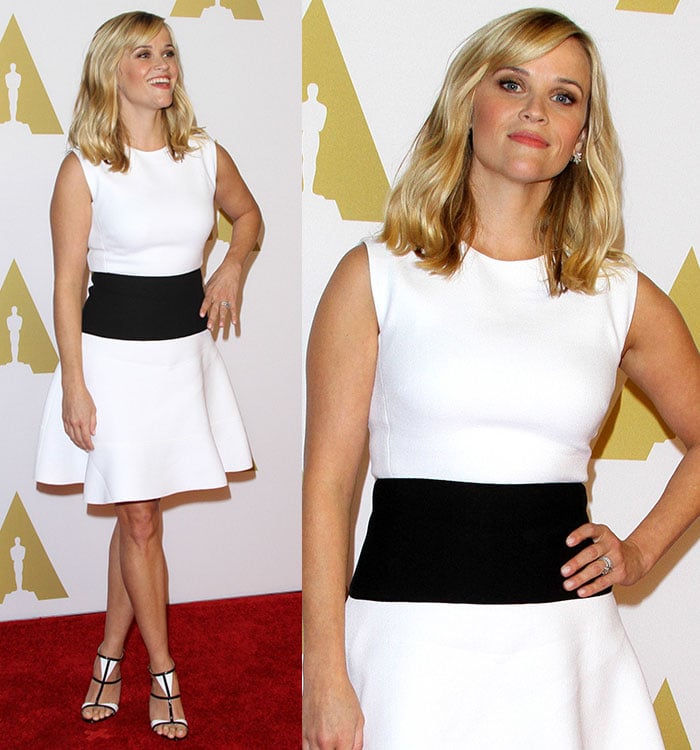 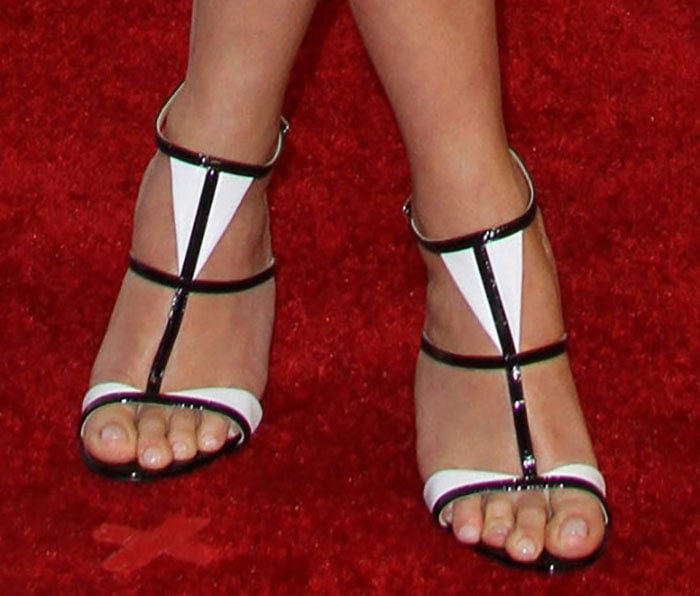 The mom-of-three wore minimal accessories, with only a pair of earrings and a ring to keep her look simple but elegant. She let her golden tresses down in gentle waves, framing her beautifully made-up face. 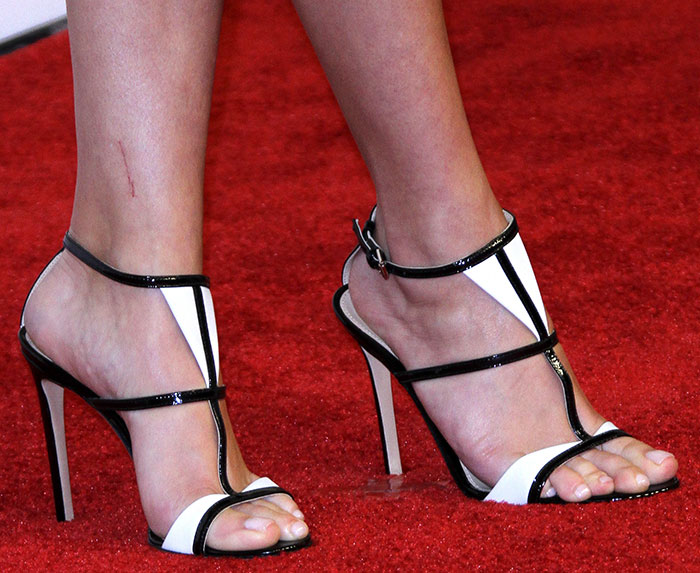 Reese’s sandals are made of patent leather and feature edgy t-straps in black and white. They also have buckled ankle straps, open toes, and 4-inch heels. 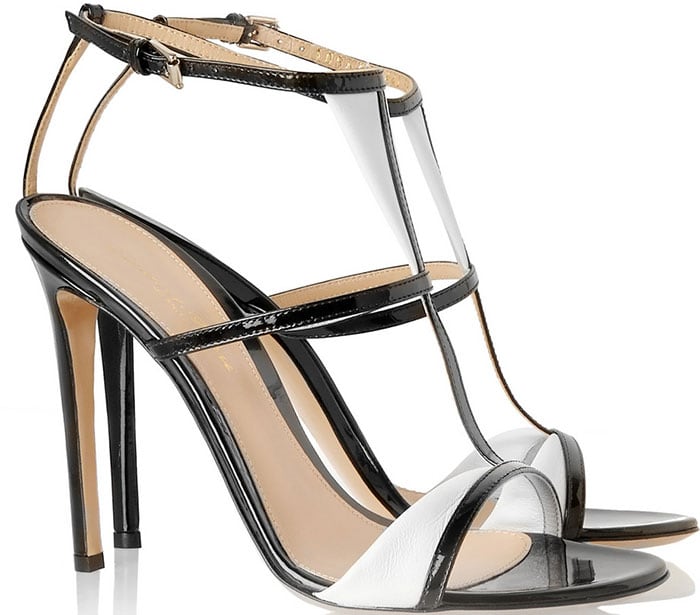