YouTuber turned OnlyFans aficionado Corinna Kopf recently made waves for her… excessive spending habits. The Vlog Squad alum tweeted to her fans, admitting, “I blew $25,000 at the strip club and I’m not mad.”

Youtuber Corinna Kopf wears a red bikini and an E11EVEN Miami cap as she walks on the beach in Miami on December 2, 2021, after spending $25,000 at the strip club “E11EVEN Miami” the night before (Credit: WENN / MEGA)

Kopf did not provide literal receipts of the extravagant evening at E11EVEN Miami (though it is unlikely that there would be any, most people tip dancers in cash) but she was spotted on the beach in Miami — a city well known for its beautiful women and many strip clubs — later that day, adding legitimacy to her claim.

Still, some fans were shocked about her admission, not realizing that Corinna Kopf has been doing pretty well for herself money-wise. In fact, she is now a bonafide millionaire.

So… who exactly is Corinna Kopf?

Like many other internet-famous web celebs, 26-year-old Corinna Kopf had relatively humble beginnings. Hailing from Palatine, Illinois, Kopf is a true Midwesterner, and she has family scattered around Wisconsin, Iowa, and Missouri.

Though she began posting on Instagram as early as 2012 — when she was 17 — Kopf did not manage to reach any sort of fame until a chance encounter with another YouTube star. 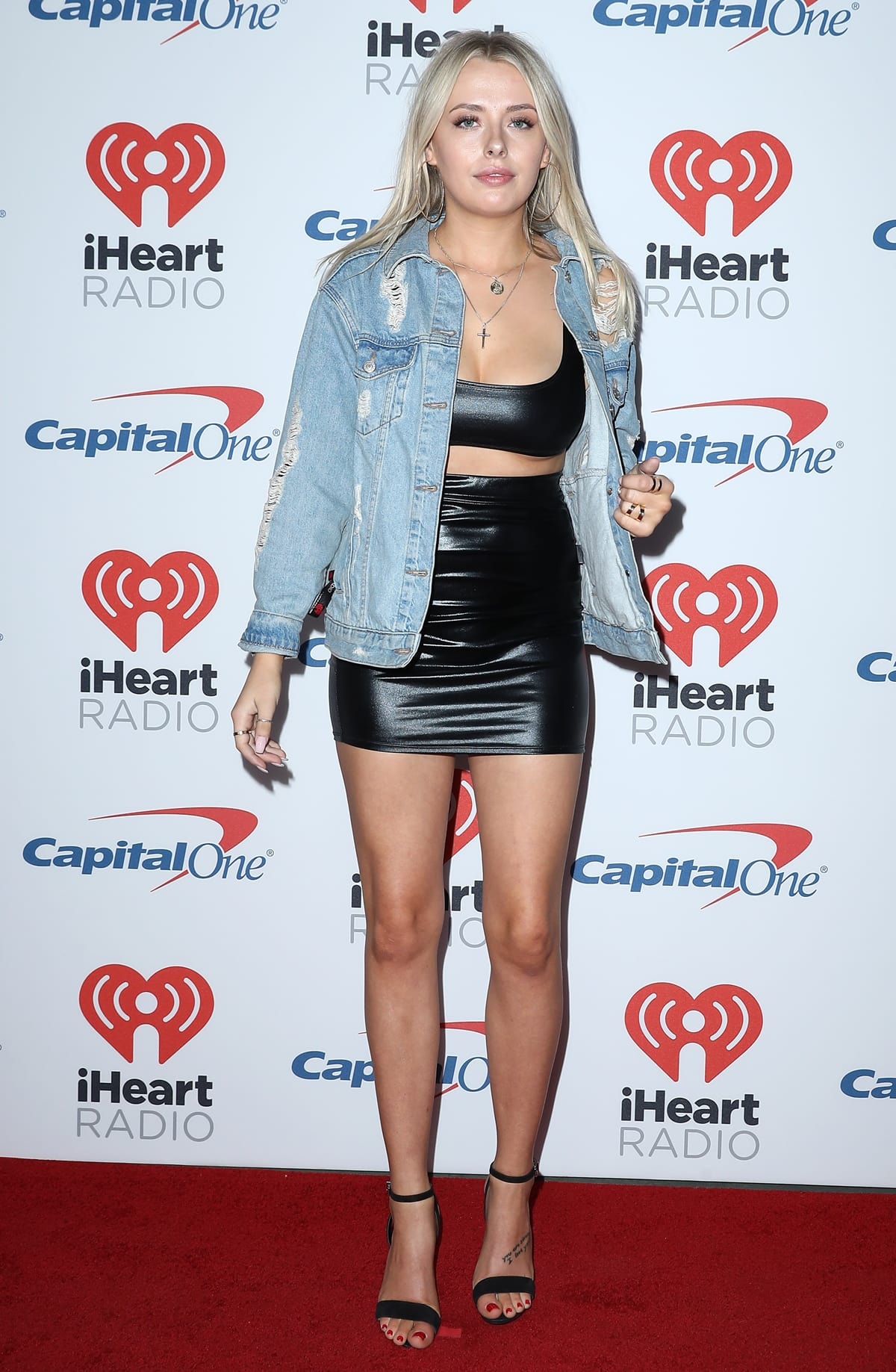 It was at a concert for Jack & Jack, a pop duo comprised of two former Viners, that Corinna Kopf met none other than Mr. Vlog Squad himself (and also a notable creator on the now-defunct Vine App), David Dobrik.

Both were living in Chicago at the time and became fast friends, even living together as roommates before they both made the move to sunny Los Angeles. 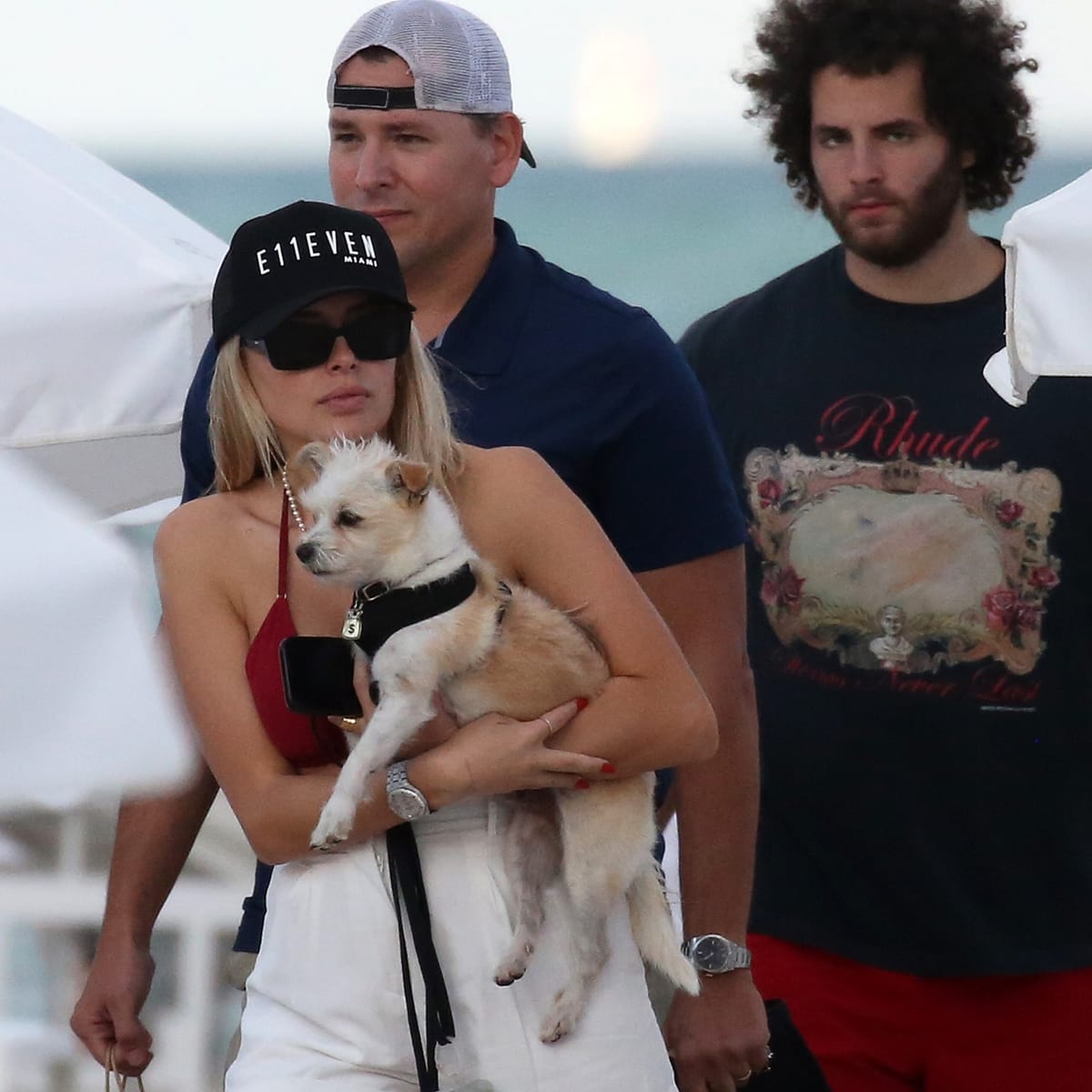 Corinna Kopf with her dog Carl, a Maltese Terrier mix that she adopted from a rescue in October 2018 (Credit: MEGA / WENN)

Kopf’s first appearance in a Vlog Squad video was actually somewhat based around the final member mentioned, in a video entitled, “I WANT THOW TO BE FRIENDS WITH THE GABBIE SHOW!!?”

And, yes, if you’re wondering, most Vlog Squad videos have titles almost exactly like that.

Corinna Kopf quickly became a favorite with Vlog Squad fans, and she built the rest of her career off of this success. 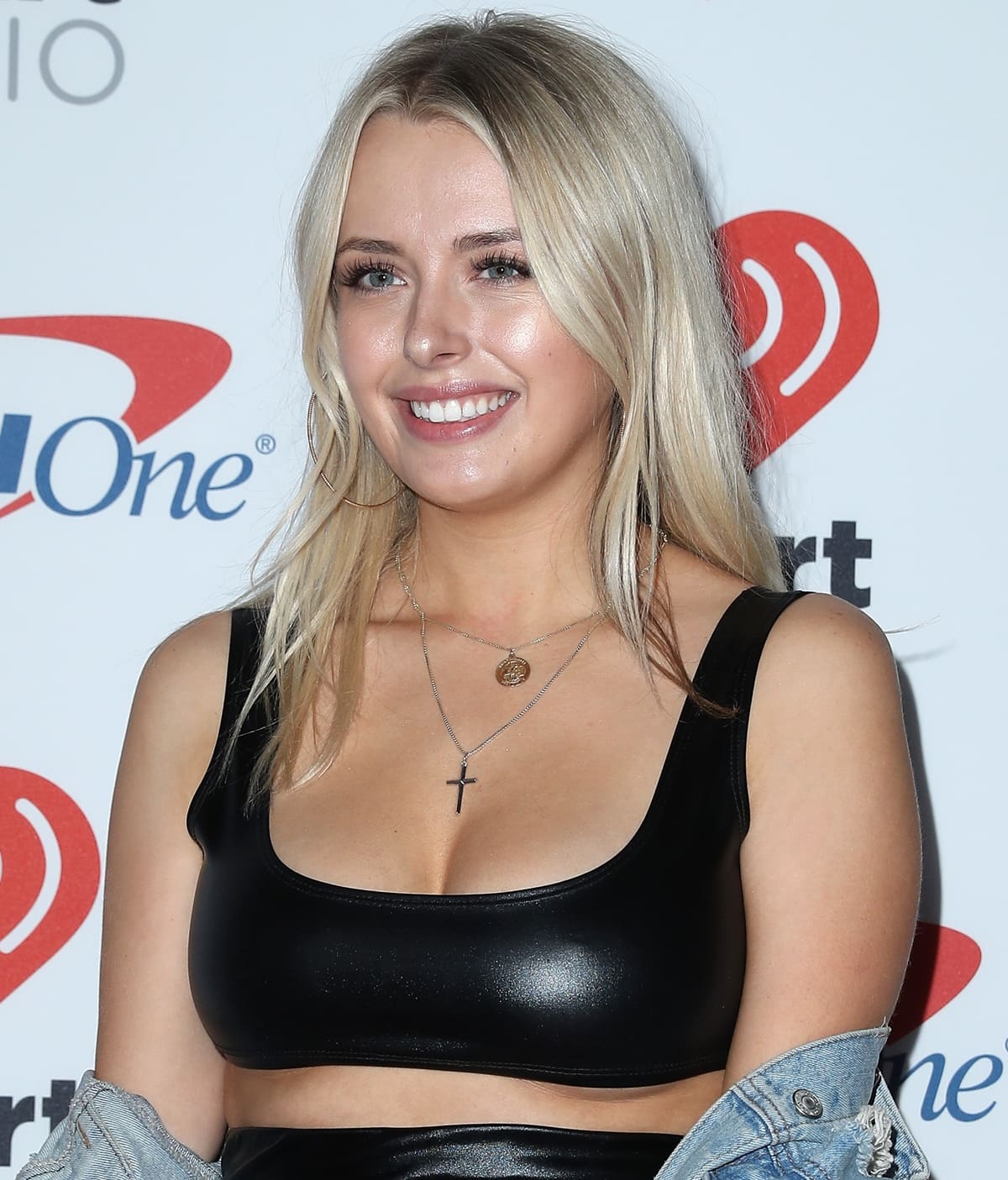 Corinna Kopf reportedly made $4.2 million in just a month from her OnlyFans account (Credit: MEGA / WENN)

Now, Kopf is a true multi-hyphenate with many side hustlers, as she is a YouTuber, streamer, Instagrammer, vlogger, model, social media influencer… the list goes on and on. However, it was one specific side-hustle that made Corinna Kopf into a millionaire.

Corinna Kopf, like many other men and women — influencers and non-influencers alike — flocked to OnlyFans in hopes of using what their mama gave them (or a plastic surgeon, no judgment here!) to make a quick buck.

Corinna Kopf began her OnlyFans account in June 2021, well after the OnlyFans surge had come to a close. But that did not stop the YouTuber from becoming massively successful on the platform.

OnlyFans is still very active, but there was a boom in new accounts being created in mid to late 2020 during the throes of the pandemic. People were out of jobs and needed to make money somehow. Even socialite Sonja Morgan has created an account.

Fans had admired Kopf’s looks and attitude on Dobrik’s Vlog Squad videos, and many of them jumped on the opportunity to see a bit more of the pouty star. Subscriptions for Kopf’s exclusive OnlyFans content were priced at $25 a month, and while that seems meager… it was not.

In fact, Corinna Kopf revealed in a Vlog Squad video that she had made egregious amounts of money in the first two days alone, saying, “In 48 hours, I made a little over a million dollars. And then I gambled to celebrate, and then I won $30,000 dollars.”

Unfortunately, fans were not happy — at least, not at first. Many subscribers took to the web to call Kopf a “scammer” because the content that the star was posting was similar to the photos she shared on Instagram. Read: they were mad that she wasn’t naked.

Kopf responded in her own tweet, writing, “people who think my OnlyFans is about to be just “Instagram content”… you’re dead wrong. if I posted everything right out the gate, it would just get leaked…just wait…😈”

It could be argued that Corinna Kopf wasn’t scamming, as she never specifically deliberated what type of content she would be posting on her OnlyFans, but alas. Fans did wait, and Kopf eventually gave them the nude photographs that they were so desperately foaming at the mouth about.

To no one’s surprise, sex sells. Kopf appeared in another of David Dobrik’s Vlog Squad videos, entitled, “SHE MADE $4,000,000 IN ONE MONTH!! (FREAKOUT)” in which she revealed that she had made a whopping $4.2 million from her OnlyFans account — a number which continues to grow.

She also said that she earned $165,000 from just one photo in the early days of her OnlyFans account.

Currently, Corinna Kopf’s OnlyFans account boasts over 90,000 subscribers, where she is estimated to make a minimum of $1.5 million every month. This places her estimated net worth at a cool $2 million, which will likely rise if Kopf is a shrewd businesswoman!

She has a ‘you are strong I love you ♡’ tattoo on her left foot in memory of her brother, Christopher R. Baker, who reportedly committed suicide on January 10, 2007.

“Christopher struggled and tried to overcome his father’s death, fitting in at school, alcohol, and drugs,” his obituary stated. 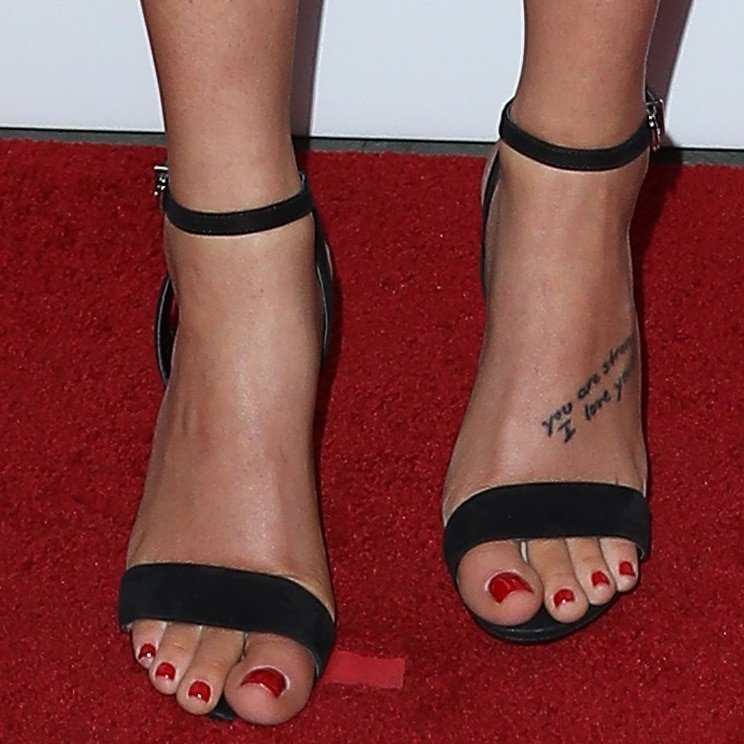 Corinna Kopf shows off her size 8 (US) foot tattoo and ‘you are strong I love you ♡’ foot tattoo (Credit: Judy Eddy / WENN)

Kopf is a shining example of the riches that await the already rich and famous on OnlyFans (cough, cough… Bella Thorne).

Unfortunately, 90% of the people who join the site hoping to use what little they have to make money earn almost nothing — or at least don’t earn enough to warrant having nude photos on the World Wide Web forever, which will no doubt be seen by every single person you have ever met in your life, like… ever.