October came and went, and the month’s very own Aubrey “Drake” Graham failed to deliver the highly-anticipated NOCTA x Nike Hot Step Air Terra, the Canadian superstar’s first official signature sneaker. Recently, however, the brand teased a lineup of the silhouette in all-white, causing speculation that a release date is near.

Unsurprisingly, everyone’s favorite (or most-hated) “Certified Lover Boy” wore his own sneaker to perform at Ye – the being formerly known as “Kanye West” –’s “FREE LARRY HOOVER” benefit concert that took place on December 9th. A shock-drop on either the rapper’s O.V.O. webstore or Nike SNKRS following the event would’ve made perfect sense, but it’s possible the Air Max-cushioned model has run into logistical issues given global delays at some of the Swoosh’s most-used shipping ports. The Hot Step Air Terra‘s debut colorway differs from the black and yellow that’s dominated NOCTA product so far, but it delivers the type of versatility needed for a sneaker to attract as wide an audience as possible. And because of Drake’s association, market dominance is surely top-of-mind. Follow-up colorways will likely include darker tones in order to match any collector’s attempt at a “roadman” aesthetic.

Enjoy another look at Drake’s all-white pair here below, and expect a Nike SNKRS launch soon.

For more collaborations from the Swoosh, check out the seemingly-Lakers-inspired Dunk Low by Union Los Angeles. 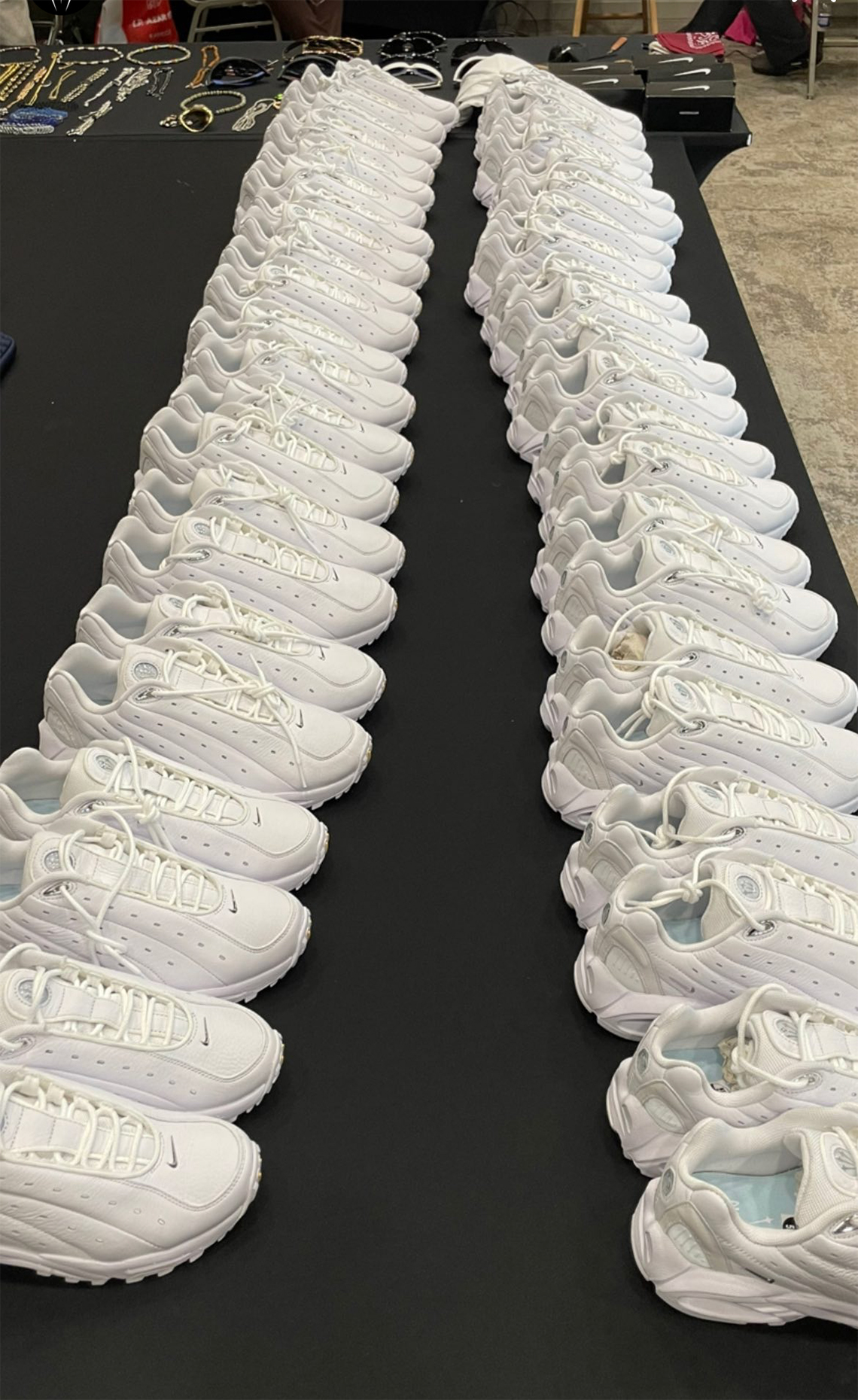