Whilst recently stirring chatter with the release of Dune in October 2021, American heartthrob Timothée Chalamet is also attracting attention when it comes to the topic of his height.

Photoshoots with actress Zendaya in promoting this current film have posed a lot of questions in his claim to be 5’10”. So, why has this actor caused so much confusion, and how tall is he, really? Read on for more information?

So, How Tall Is Timothée Chalamet?

There has been a lot of discussion of how tall Chalamet actually is, sparked from the Entertainment Weekly photoshoot including Zendaya and Chalamet in their promotion of the new film, Dune.

This photo portrays Zendaya without any shoes on, showing her to be shorter than Chalamet even though they are both reportedly 5’10”. 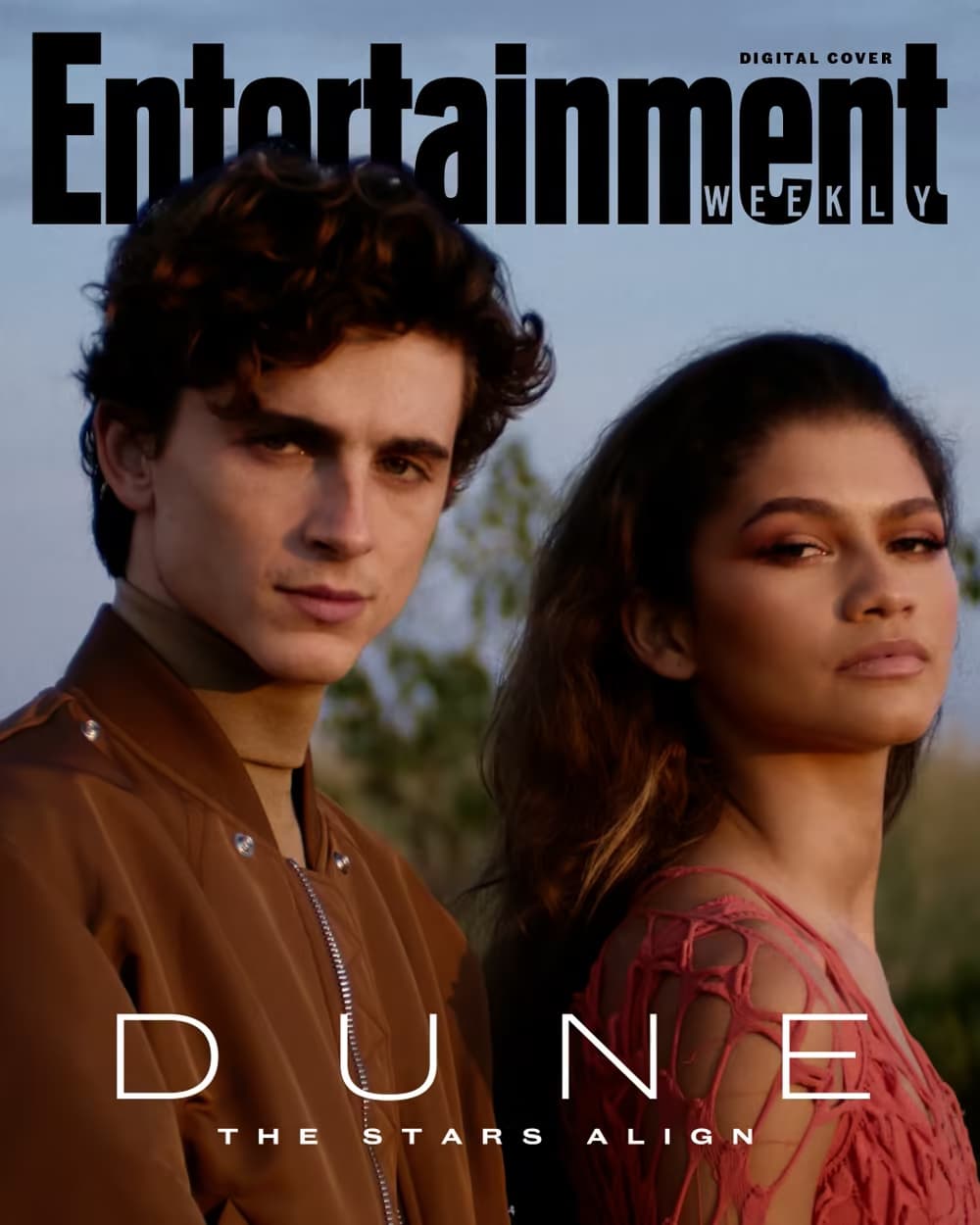 The famed actor claims to be the same height as both Zendaya and Megan Thee Stallion despite the image that this Dune photoshoot portrays.

Intriguingly, certain shots from the Dune special screening reveal Zendaya to be the same height as Chalamet whilst wearing heels, leaving fans questioning what his true height actually is. 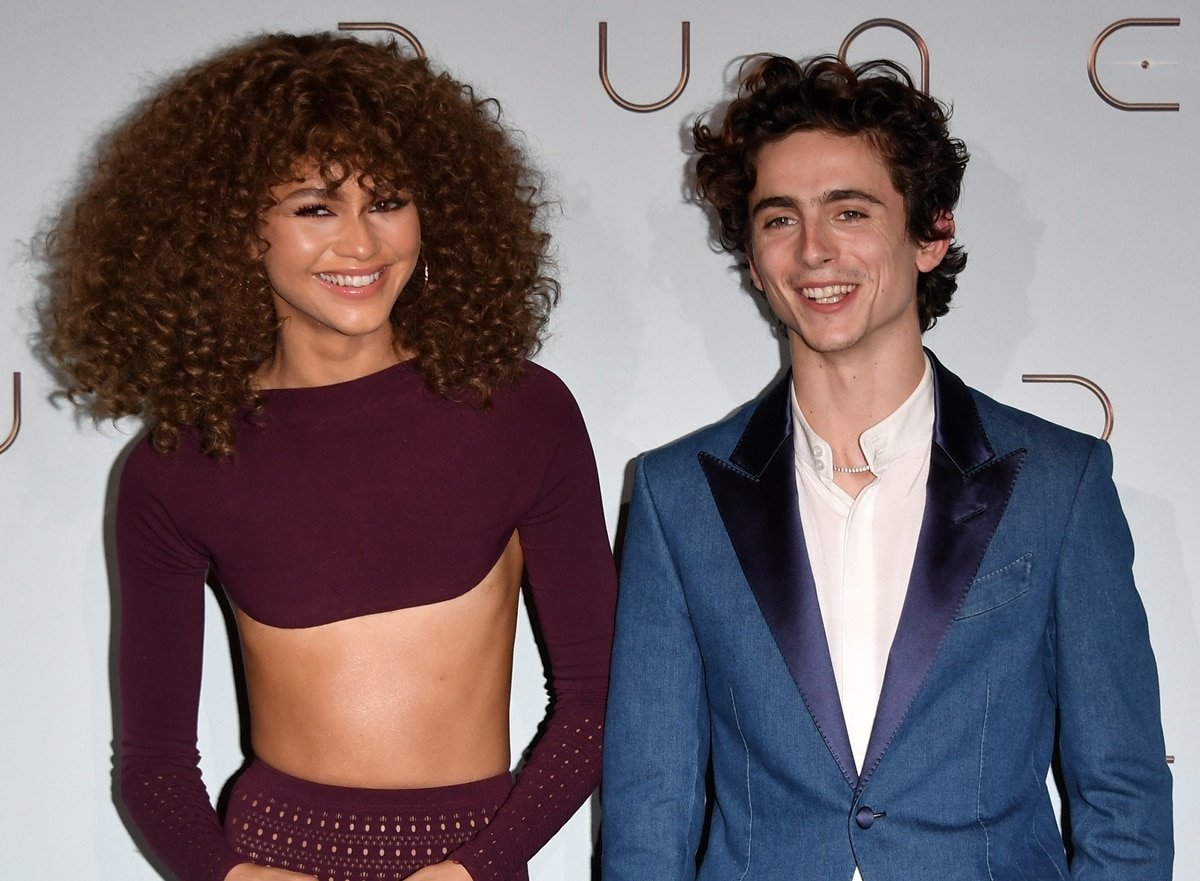 Fans took to social media following the emergence of the Dune screening and Entertainment Weekly photoshoot, with some claiming that Chalamet was slightly taller than Zendaya, whilst others argued that Chalamet’s elevator shoes provided him with an extra couple of inches of height.

Whilst Chalamet’s definite height remains questionable, the fact that Chalamet is taller than Zendaya’s Spiderman boyfriend Tom Holland is certain.

Zendaya and Holland have admitted how difficult their height difference sometimes makes filming, especially within Spiderman action landing shots in which Zendaya’s feet appear to reach the ground before Holland’s. 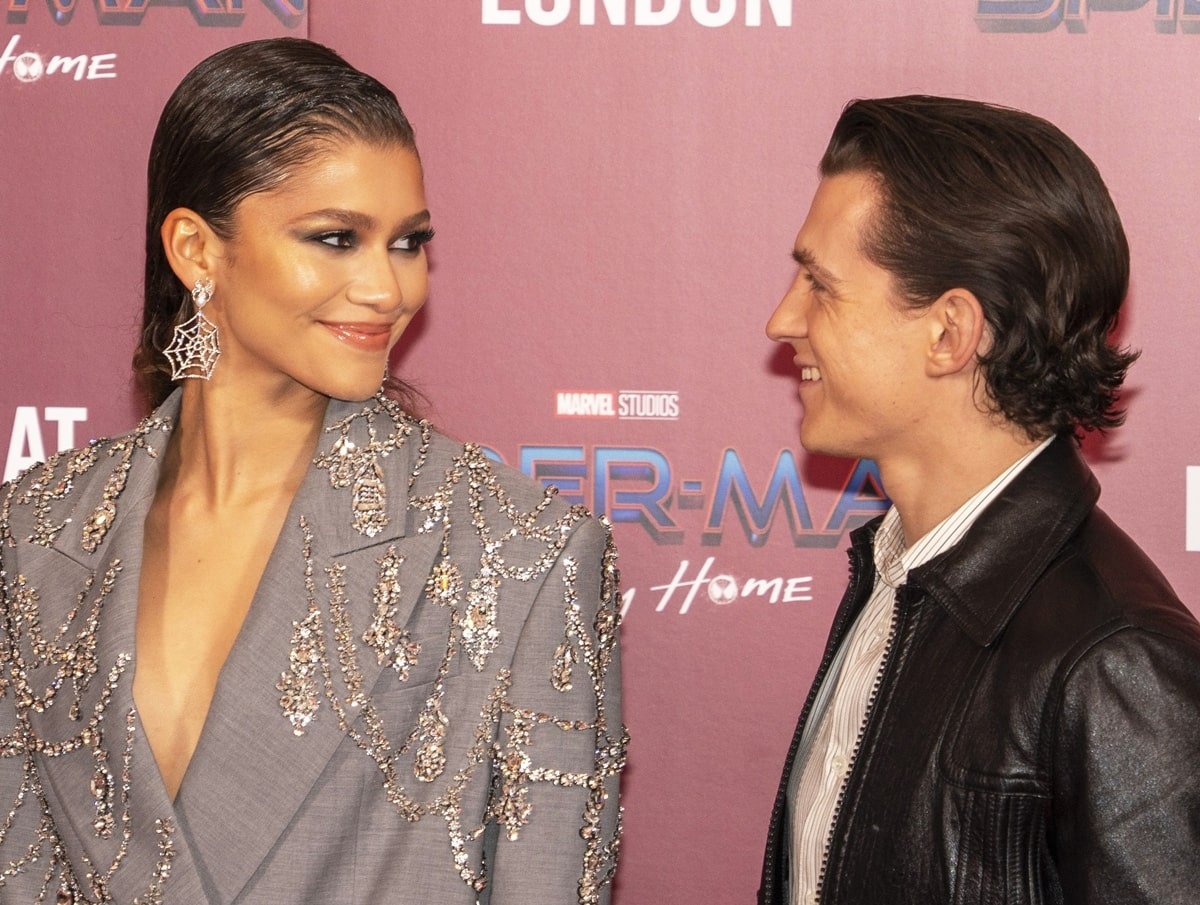 Furthermore, with the addition of high heels, Zendaya often appears much taller than her co-star on red carpets, who is reportedly around 2 inches shorter than both her and Chalamet.

Despite this, the height difference doesn’t appear to get in the way of Holland and Zendaya’s chemistry aside from in the Spiderman bridge scene.

Timothée Chalamet is also reportedly both the same age and the same height as American rapper Megan Thee Stallion, with fans on Twitter claiming this case and drawing attention to the pair’s similarities. 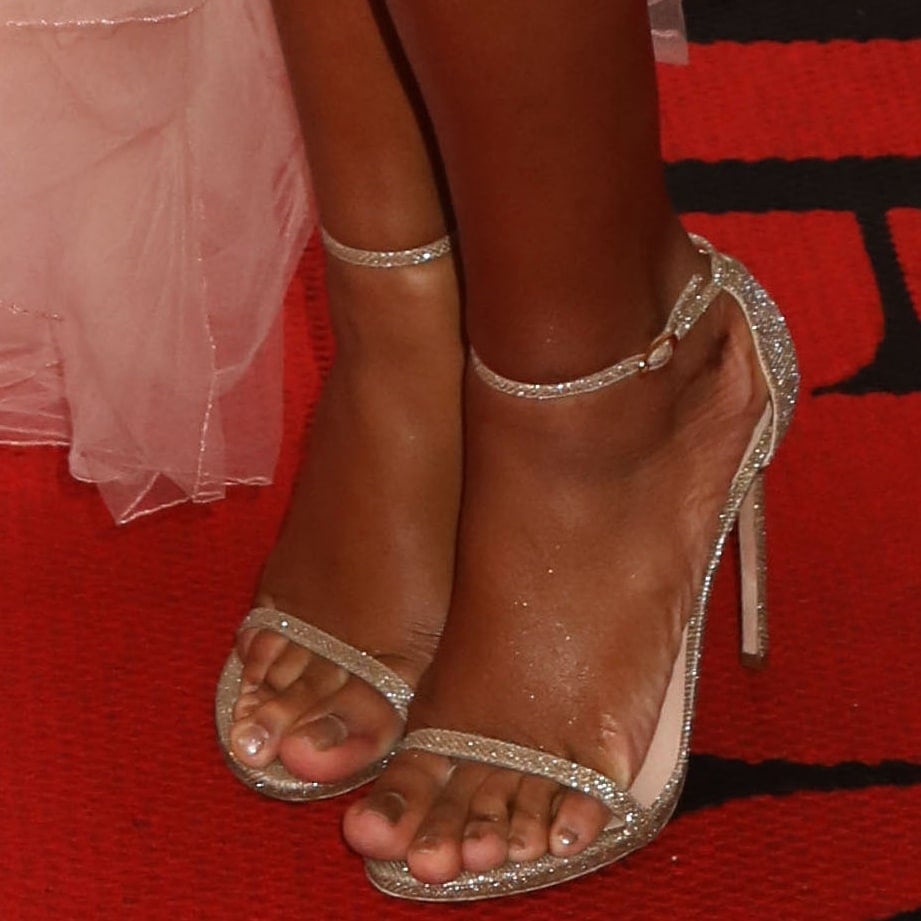 So, whilst the Dune screening and photoshoot has sparked questions about Timothée Chalamet’s actual height compared to his co-star’s, one fact remains certain. 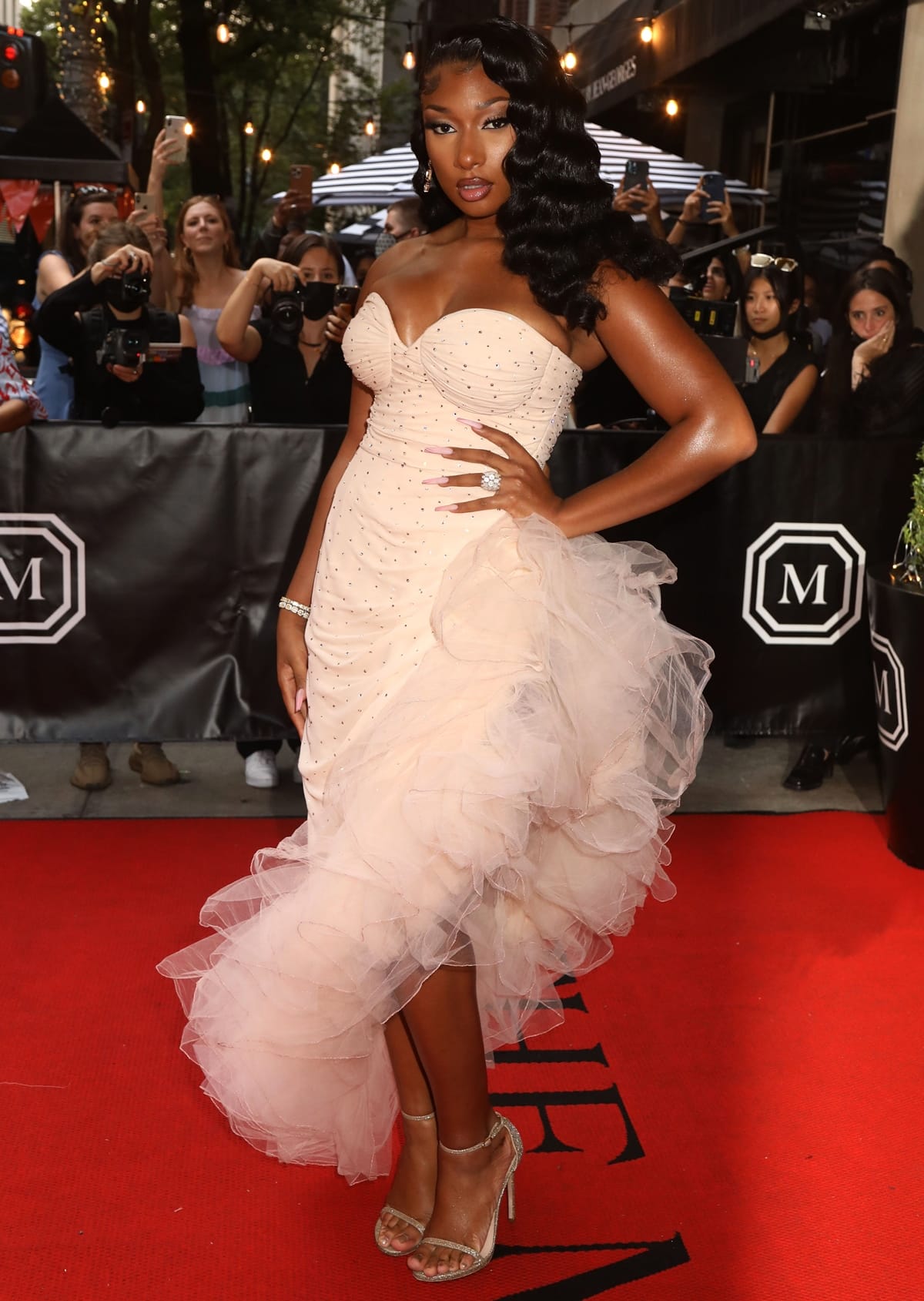 This talented actor continues to sweep fans away with excitement, constantly being thrown into conversations as he continues to make his mark in the film industry.

In September 2019, Lily-Rose Depp stepped out for the photocall for her epic war film The King at the 2019 Venice Film Festival in Venice, Italy. 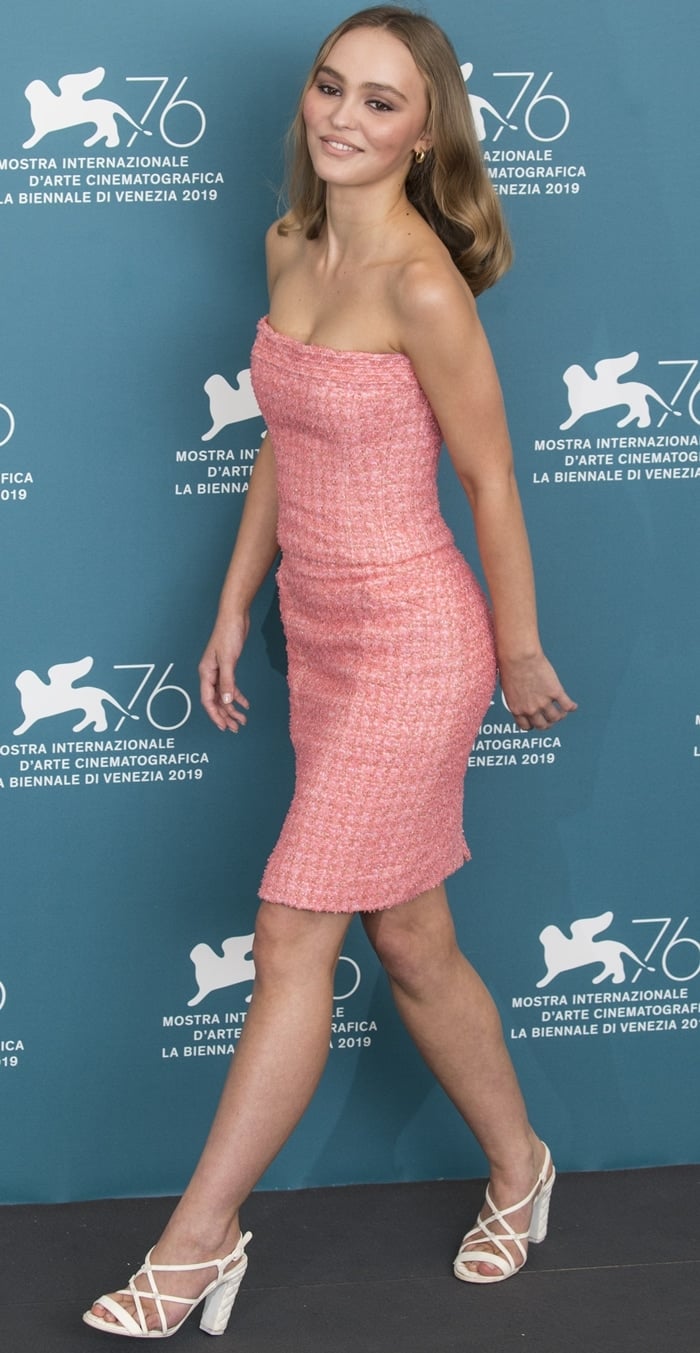 The film adaptation of several plays from Shakespeare’s Henriad premiered at the 76th Venice International Film Festival on September 2, 2019, and was released digitally via Netflix on October 11, 2019. 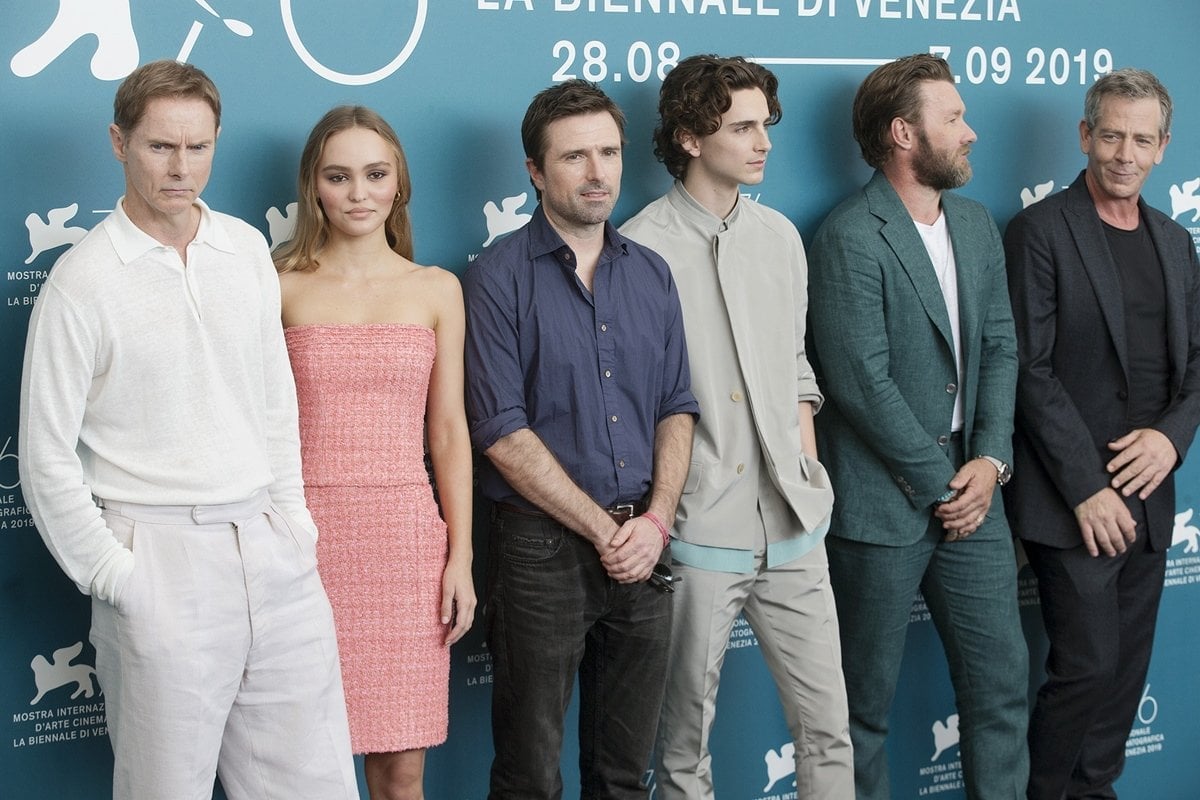 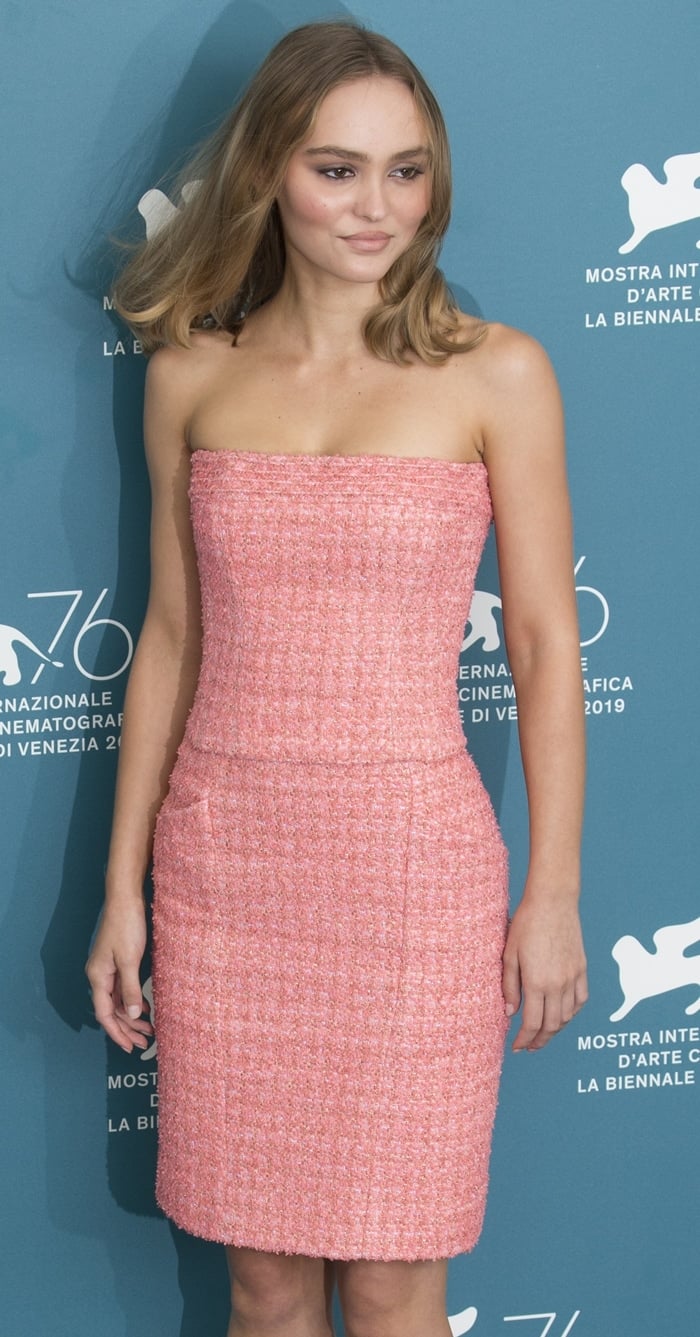 The then 20-year-old French-American actress/model flaunted her legs in a romantic Chanel mini dress.

She styled her blush pink dress with a variety of jewelry from the same French fashion company, including understated silver earrings and a small Chanel Coco Crush ring.

She completed her look with white crystal-embellished grosgrain sandals embellished with the Chanel logo. Unfortunately, we could only find them in black at Farfetch. 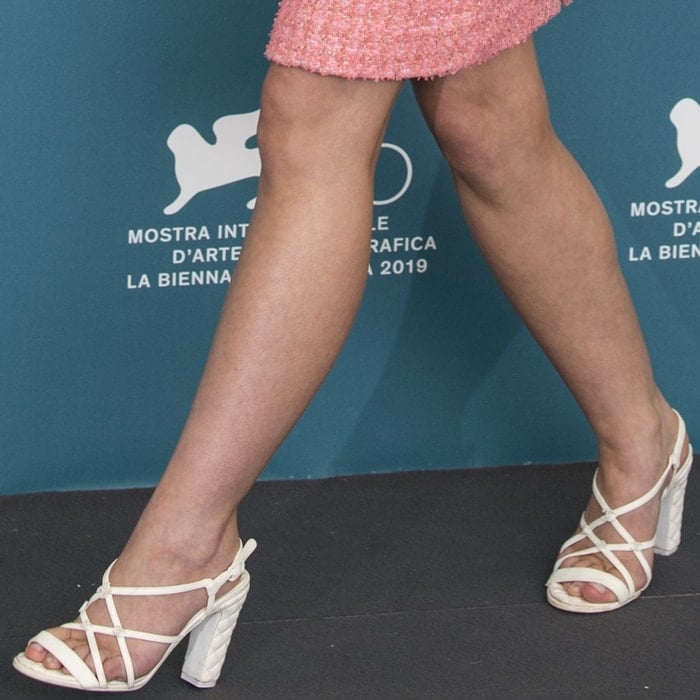 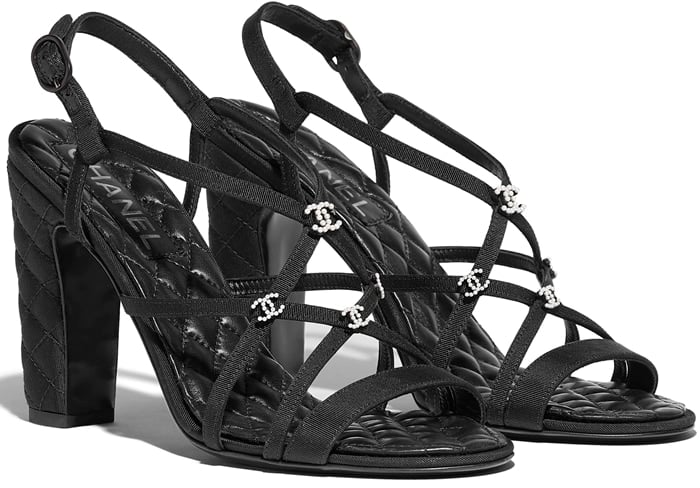 In May 2019, the daughter of Johnny Depp and Vanessa Paradis also flashed her legs at the Chanel Cruise 2020 Collection fashion show at Le Grand Palais in Paris, France. 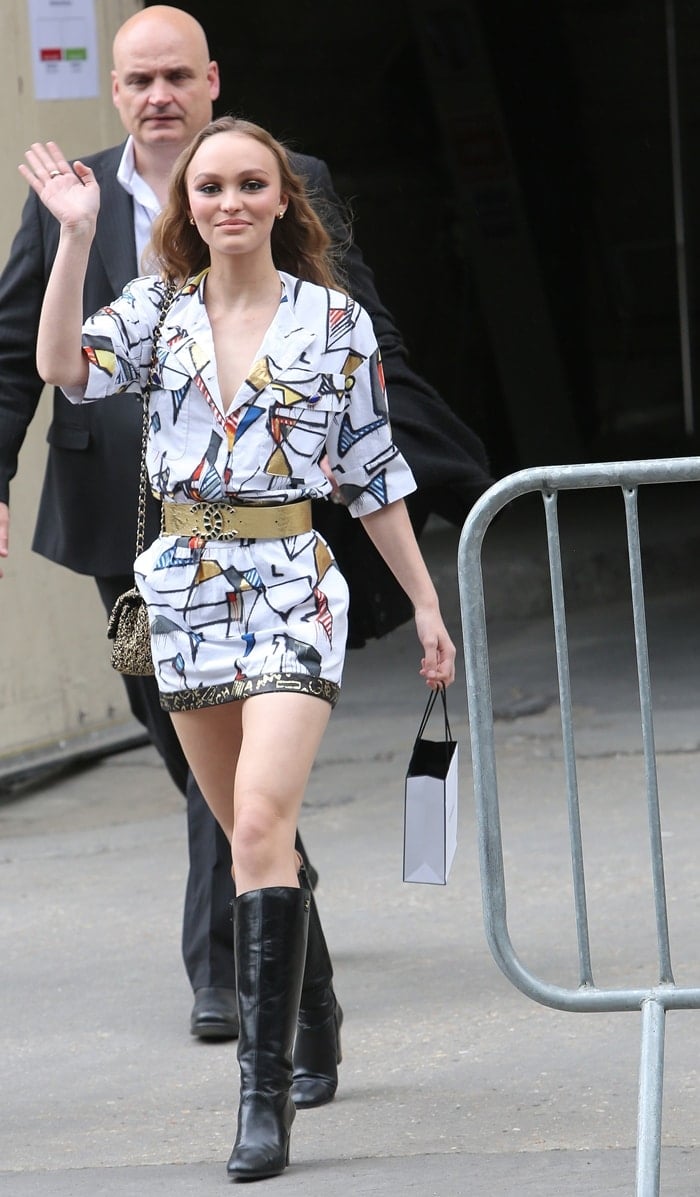 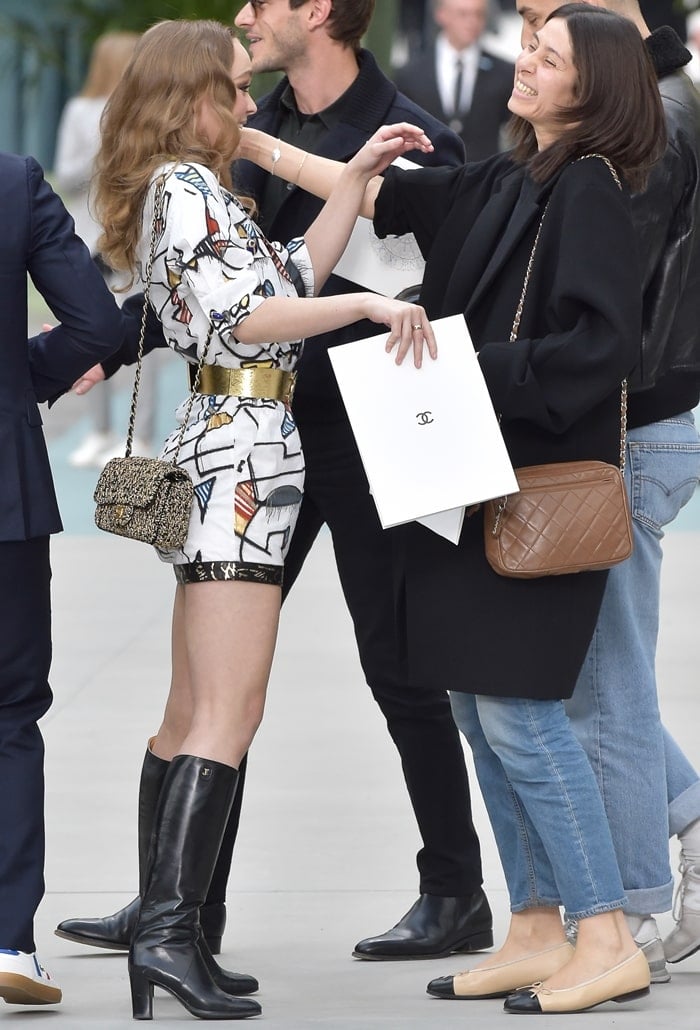