Bella Poarch is a young woman whose TikTok account is the third most-followed account on the worldwide platform.

She is a singer, songwriter, and social media personality whose star continues to rise at an astronomical rate.

Who is Bella Poarch?

Bella Poarch, who turned 24 on February 8, 2021, stands at just 5’ 2” (155 cm). Born in the Philippines to two Filipino parents, Bella was raised in the slums by her grandmother until she was three and a family adopted her.

Bella Poarch shows off her tattoos at The Fashion Awards 2021 at the Royal Albert Hall on November 29, 2021, in London, England (Credit: MEGA / WENN)

Her adoptive parents met in Saudi Arabia where her white American father was stationed serving in the US military. Her adoptive mother was Filipino.

Bella’s real name is not Bella Poarch. While her birth name is not confirmed, some fans believe her name is Taylor Nariee, based on Facebook digging.

Also, her age is up in the air too. There are multiple accounts of people believing she is older than she claims. With adoption and international birth certificates, we may never know. 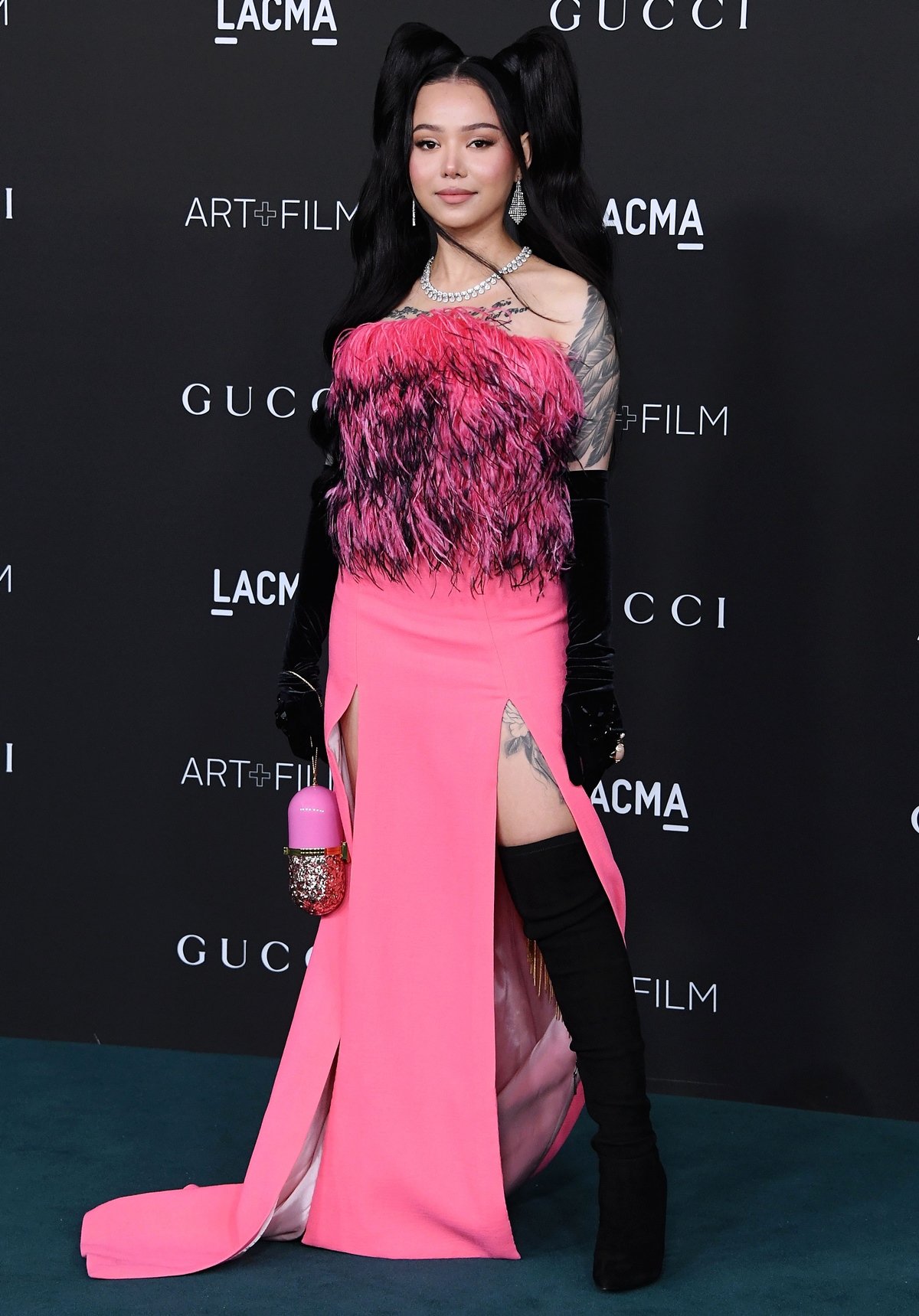 Bella has shared that she and her adopted brother were both abused by their adoptive parents throughout their childhood. They lived on a farm, and Bella remembers that her two older adoptive sisters did not receive the same poor treatment as she did.

Her father physically and verbally abused her, while her mom did nothing to stop it. When Bella was 13, the family moved to Texas so her father could receive bypass surgery.

At this point, the physical abuse decreased, but the mental abuse continued from Bella’s adoptive father to her. The family also lived in Hawaii during Bella’s childhood. 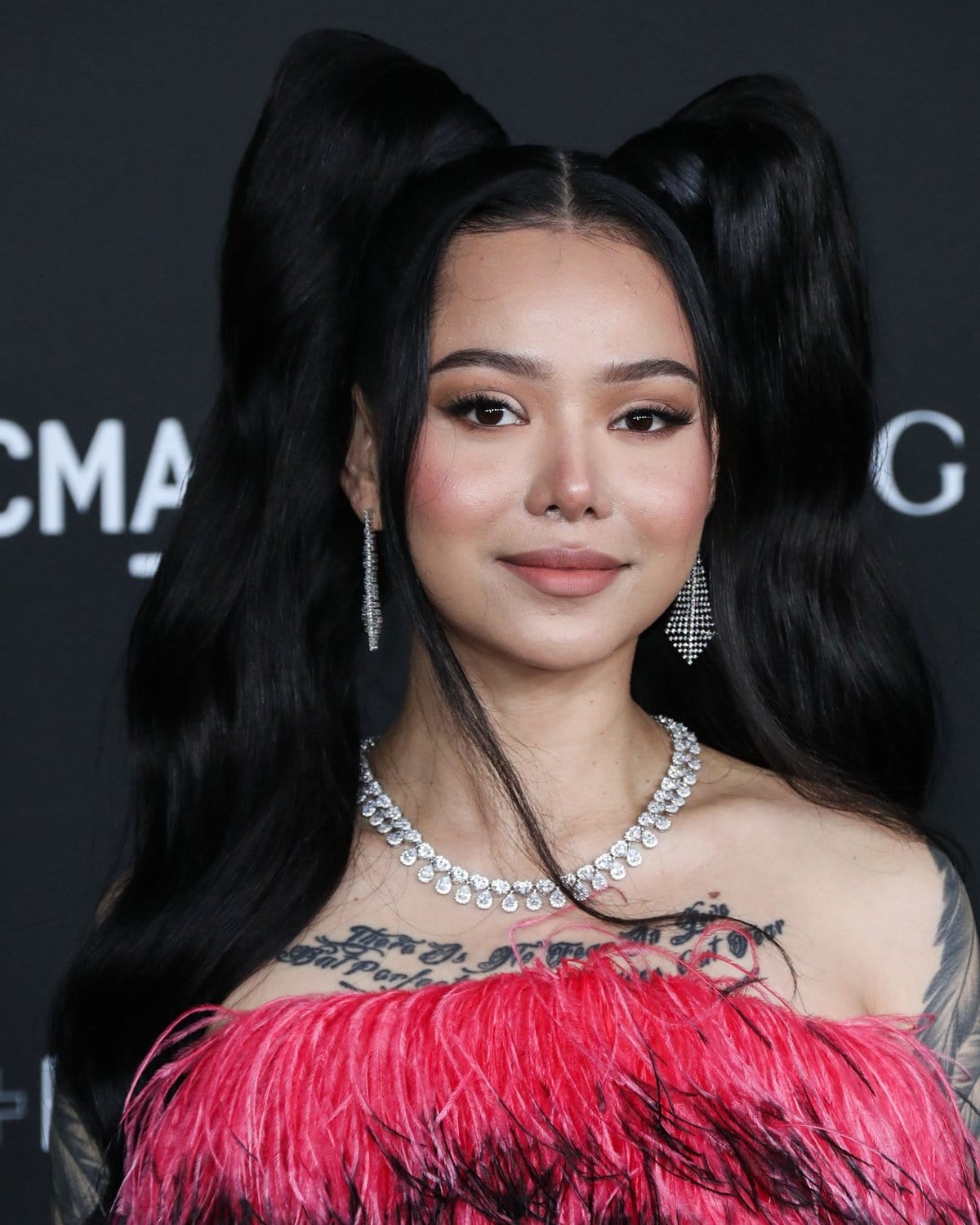 The abuse came to an end when she enrolled in the military. She enlisted in the United States Navy in 2015 and was stationed in Hawaii and Japan. She served for four years.

Bella spoke about her time with the navy to Vogue, “The Navy taught me one thing: that you can’t do everything on your own – you have to have a great family of people around you to trust and achieve great things.”

With almost 86 million (as of December 10, 2020, she has 85.9 million) followers on TikTok, Bella is the third most-followed creator on the platform.

The only two people with more followers than Bella are Charli D’Amelio with 131 million and Khaby Lame with 123.1 million. Bella just recently overtook Addison Rae for the number three position on TikTok. Quite a feat for a 24-year-old.

Bella may not have the most followers on the platform, but she does have one number one position. She created the most liked video on TikTok to date on August 17, 2020.

In the video, Bella lip syncs to “M To The B (Soph Aspin Send)” by the British rapper Millie B. Her video has 54.1 million likes (and over 645 million views) and the next closest video has just 48.6 million likes. She has that top spot secured, for now.

Bella has only had an account on TikTok since January of 2020. She didn’t start posting actively until April of 2020 when she started posting cosplay and gaming content.

After her lip-syncing video went viral, and eventually became the number one liked video of all time on TikTok, Bella capitalized on her popularity by launching a YouTube channel and Twitter.

TikTok further catapulted Bella into stardom when she signed a record deal in May 2021 with Warner Records. She released her debut single, “Build a Bitch,” in May of 2021.

Bella shared that the song was inspired by her history of being bullied as a kid. Some lyrics from the song go as follows, “This ain’t Build a Bitch / You don’t get to pick and choose / Different ass and bigger boobs / If my eyes are brown or blue.” 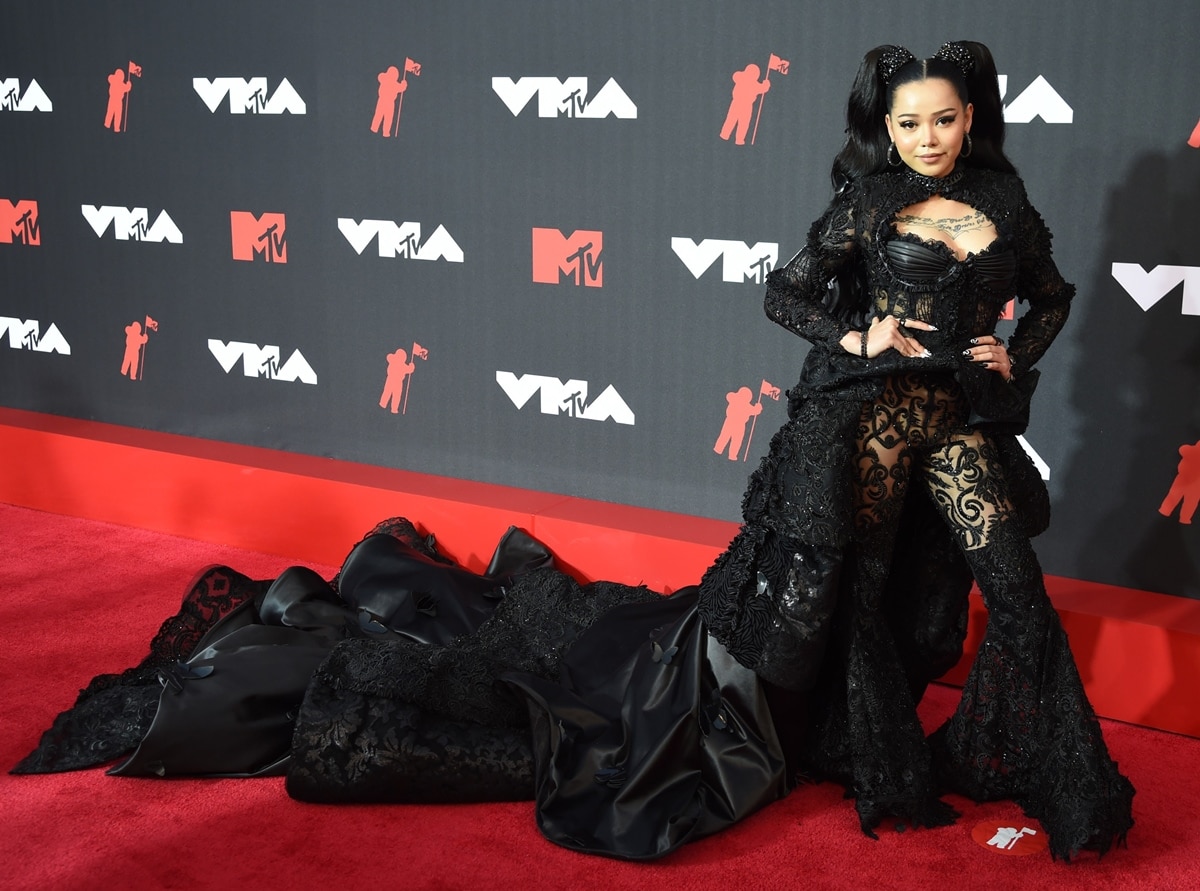 Bella shared with Vogue, “I feel like I found my family and part of that family is the label. When I looked up some of the artists that meant the most to me musically like Prince, Dua Lipa, and Madonna, I realized Warner has helped all of those people along the way too. So I’m very honored to have a family that gave me a chance and believes in me.”

Bella also released the song “Inferno” with the artist Sub Urban. The music video for her song was inspired by her experience with sexual assault. In the video, she is spiked and dragged into an elevator, but she gains power and fights back.

Bella shared a trigger warning and comment on YouTube alongside the video that says, “As a victim of sexual assault, this song and video mean a lot to me. It’s very hard for me to talk about. I decided to express myself by creating a song and video with Sub Urban based on how I wished my experience went. It’s a fantasy I wish was true.” 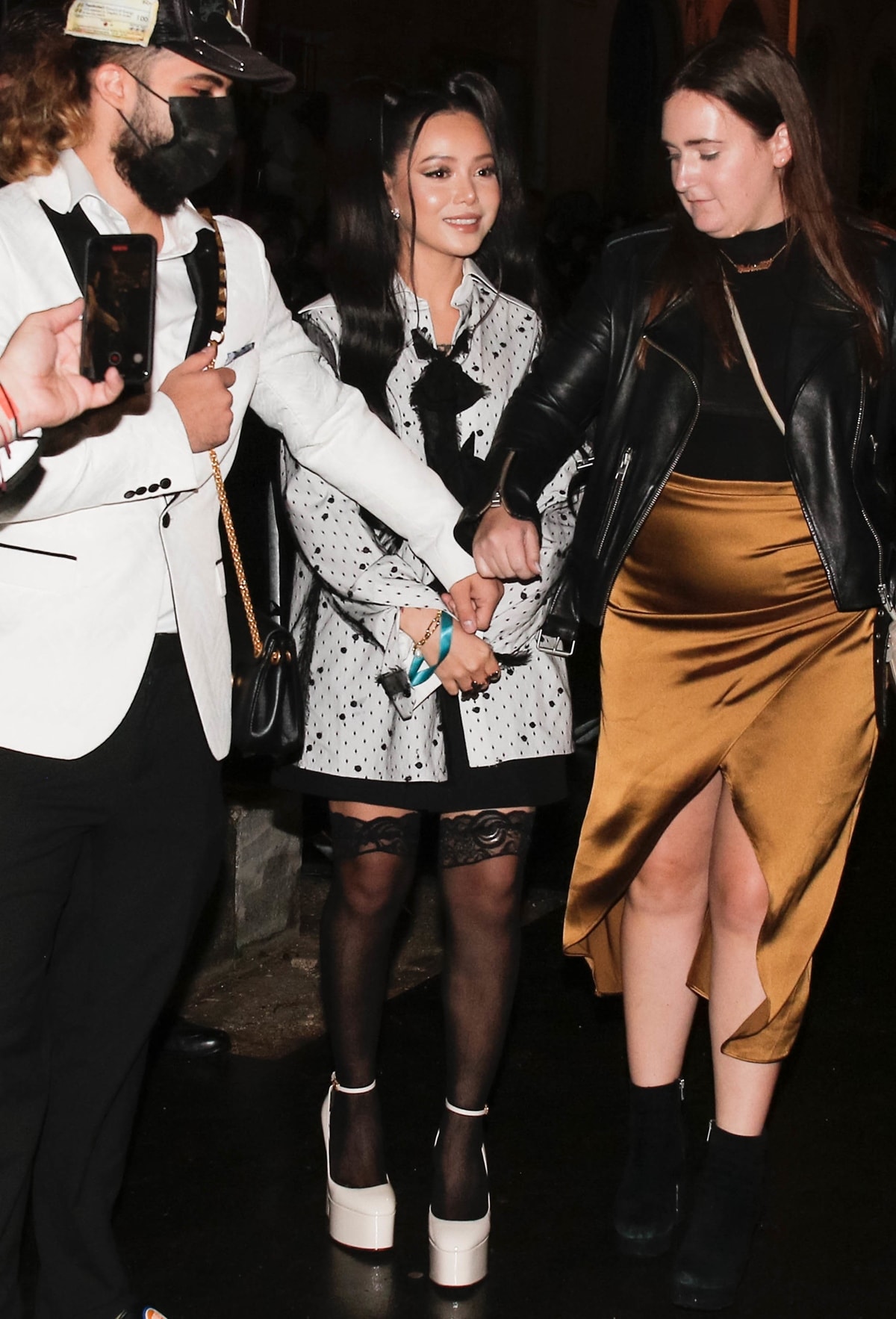 This social media sensation has proven that TikTok can launch the right person into fame. She went from 0 followers to nearly 86 million followers in just under two years. While this is not the path for every person on social media, it shows how transformational TikTok can be for certain creators.

If you watch any of Bella’s TikTok videos, you can see her tattoos. Across her entire back is a giant ship with feathered wings. 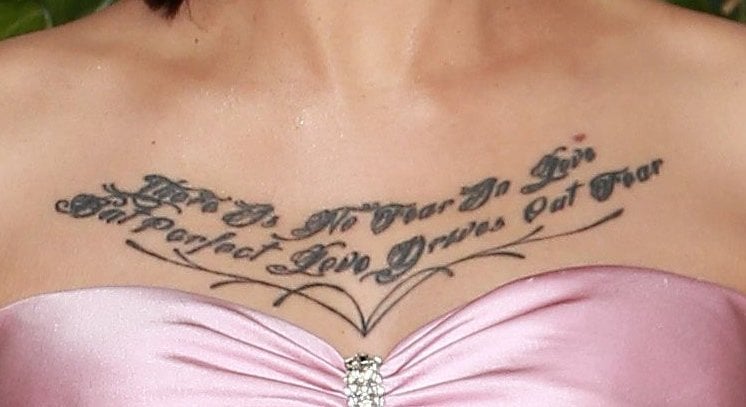 Bella Poarch has part of a 1 John 4:18 Bible verse, “There is no fear in love, but perfect love drives out fear,” tattooed on her chest (Credit: MEGA / WENN)

The wings continue down the backs of her arms. She also has a bow on the back of each of her upper thighs, along with many other tattoos.

The story behind her originally getting tattoos is a sad one. When fans on TikTok pointed out that tattoos don’t suit her, Bella responded that due to her rough childhood, she had many scars from the abuse.

The scars made her feel insecure, so she covered them up with tattoos. That is definitely one way to take back your power after abuse.

She at one point had a Rising Sun tattoo on her forearm. The Rising Sun is considered offensive by many Koreans, as they associate it as a sign of Japanese militarism and colonialism. 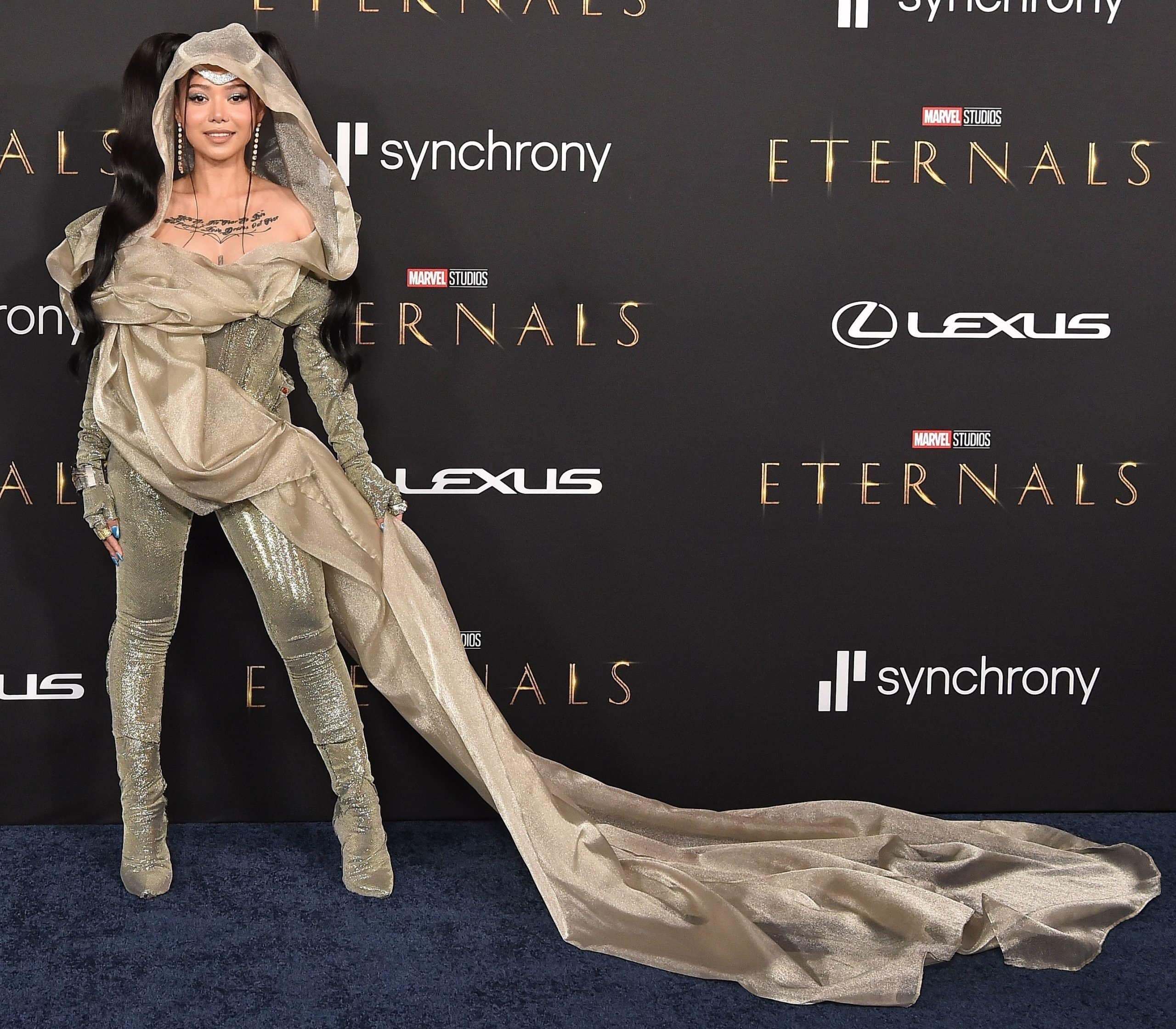 Bella took to Twitter on September 5, 2020, to apologize, “I apologize to Koreans because 6 months ago I got a tattoo of the red sun with 16 rays. At that time, I didn’t know the history. But when I found out, I immediately had it covered and scheduled for removal. I am ashamed of myself for not doing my research. I sincerely apologize.”

While the young musician has been linked to rapper Tyga (Kylie Jenner’s ex-boyfriend), it is unclear whether the two are together.

The pair started posting videos together in September of 2020. Some videos were filmed at Tyga’s mansion, but it is unclear how the two know each other.

Rumors of an intimate sex tape featuring Bella and Tyga have circulated, but no evidence of this tape can be found currently. 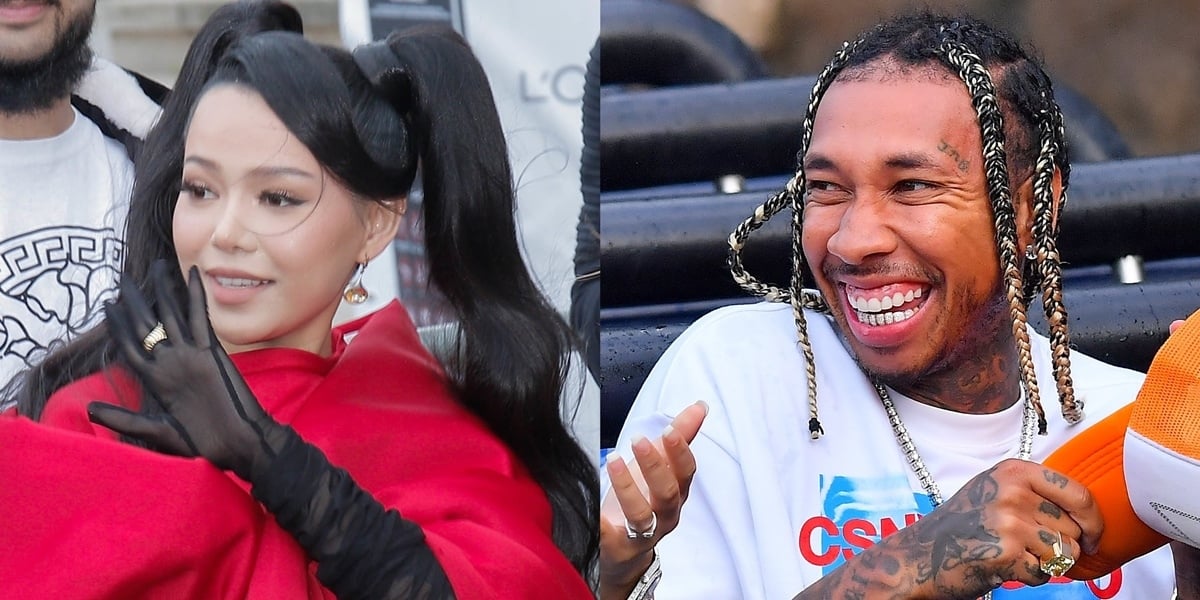 Bella Poarch and Tyga are rumored to have made a sex tape (Credit: WENN / MEGA)

Bella appears to have an OnlyFans account, but there are no posts on it and it is unclear if it is a real account.

In July of 2021, Bella confirmed she was single. She has shared that she only has two ex-boyfriends, and that one was in the military at the same time that she was. She shared that the two broke up when she left the Navy.

With Bella’s rise to stardom, the young musician and social media influencer can be seen at all types of fashion events.

Bella appeared at The Fashion Awards 2021 in a Richard Quinn brocade-style printed short dress with sheer gloves and thigh-high leather heeled boots. She paired the look with her signature high pony and many of her tattoos are on display. 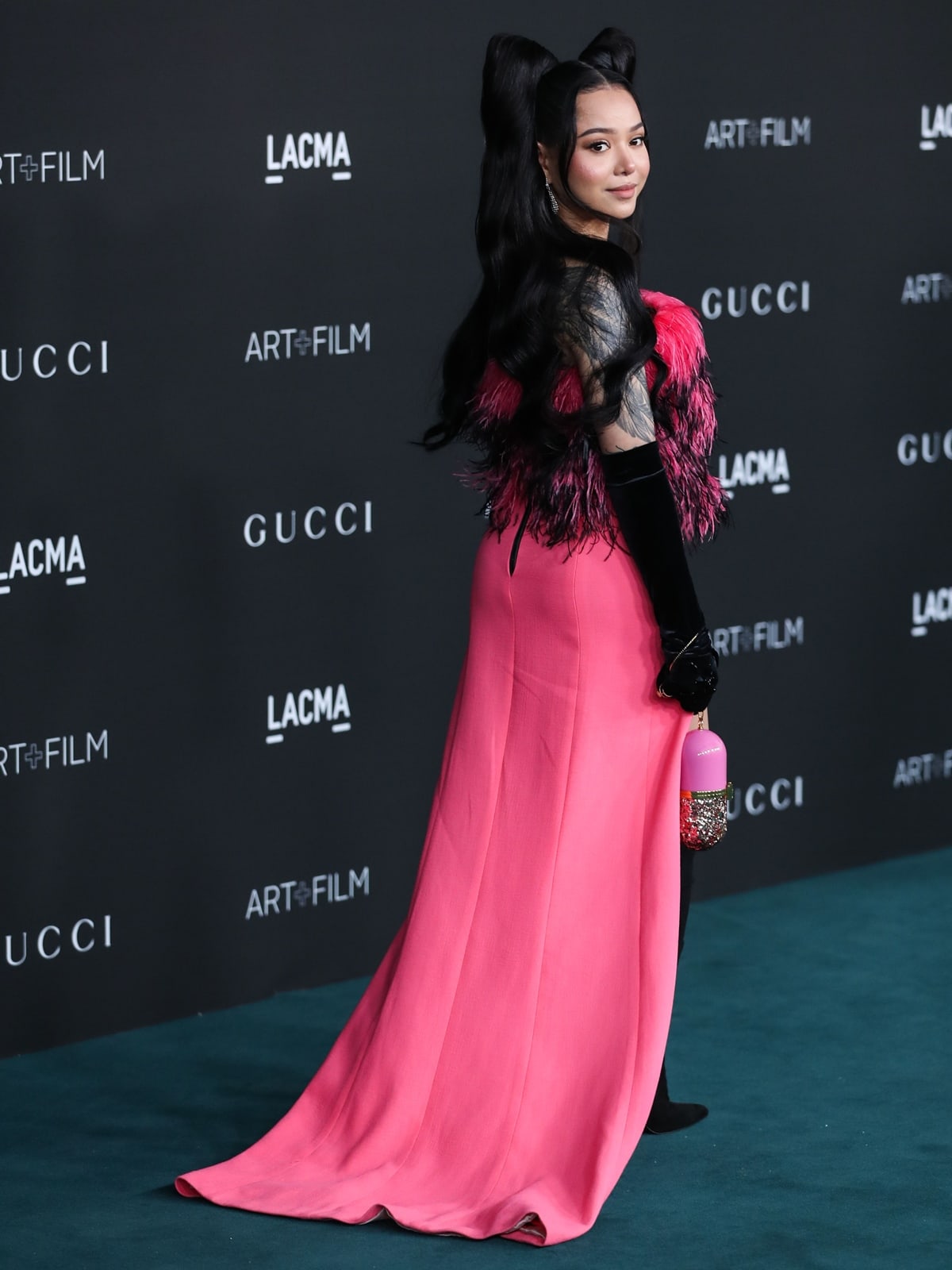 Her floor-length, double-high-slit pink gown featured a bodice with pink feathers dipped in black, along with tall black boots and velvet long gloves. She wore her hair in her signature sky-high pigtails.

Bella has recently been spotted at the Eternals premiere in Los Angeles, the 2021 MTV Video Music Awards, several fashion shows in Paris during fashion week this summer, and the premiere of Shang-Chi and The Legend of the Ten Rings in Los Angeles. 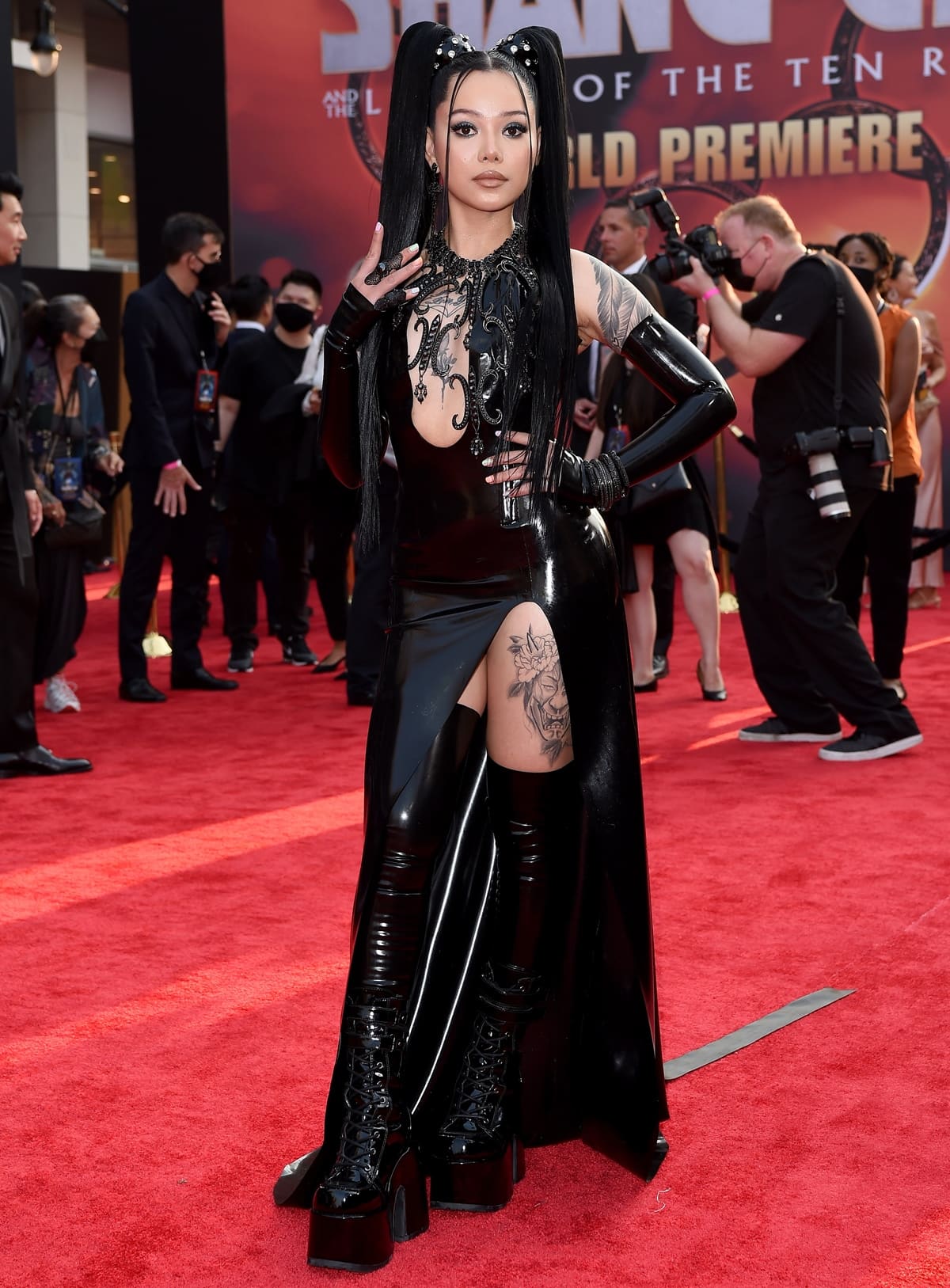 Bella Poarch made her red carpet debut at the “Shang-Chi and the Legend of the Ten Rings” World Premiere at El Capitan Theatre on August 16, 2021, in Los Angeles, California (Credit: MEGA / WENN)

Bella even earned a coveted spot in Rihanna’s Savage x Fenty Vol. 3 fashion show in 2021, breaking the standards for what models “should” look like. We cannot wait to see what this fun-loving young woman does next.