Recently rumored to have separated after Priyanka removed her married name “Jonas” from her Instagram profile name, Nick Jonas and Priyanka Chopra showed up on the red carpet at The Fashion Awards at Royal Albert Hall in London, England.

Considered one of the worst dressed this year, Priyanka Chopra chose to make a statement in a head-to-toe floral look by Richard Quinn from his Fall 2021 collection.

Nick Jonas and Priyanka Chopra appeared together on the red carpet at The Fashion Awards on November 29, 2021, at Royal Albert Hall in London, England (Credit: Avalon / WENN)

The catsuit, belt, boots, and coat were all made from the same primarily black, orange, and pink floral pattern, and the combination did not impress.

The dramatic coat appears to have shoulder pads and also featured a long train. It gives Kim Kardashian 2013 Givenchy Met Gala vibes, and that isn’t a good thing.

At the time, many critics compared Kardashian’s dress to a grandma’s couch, and we would say the same about Priyanka’s look at The Fashion Awards 2021. 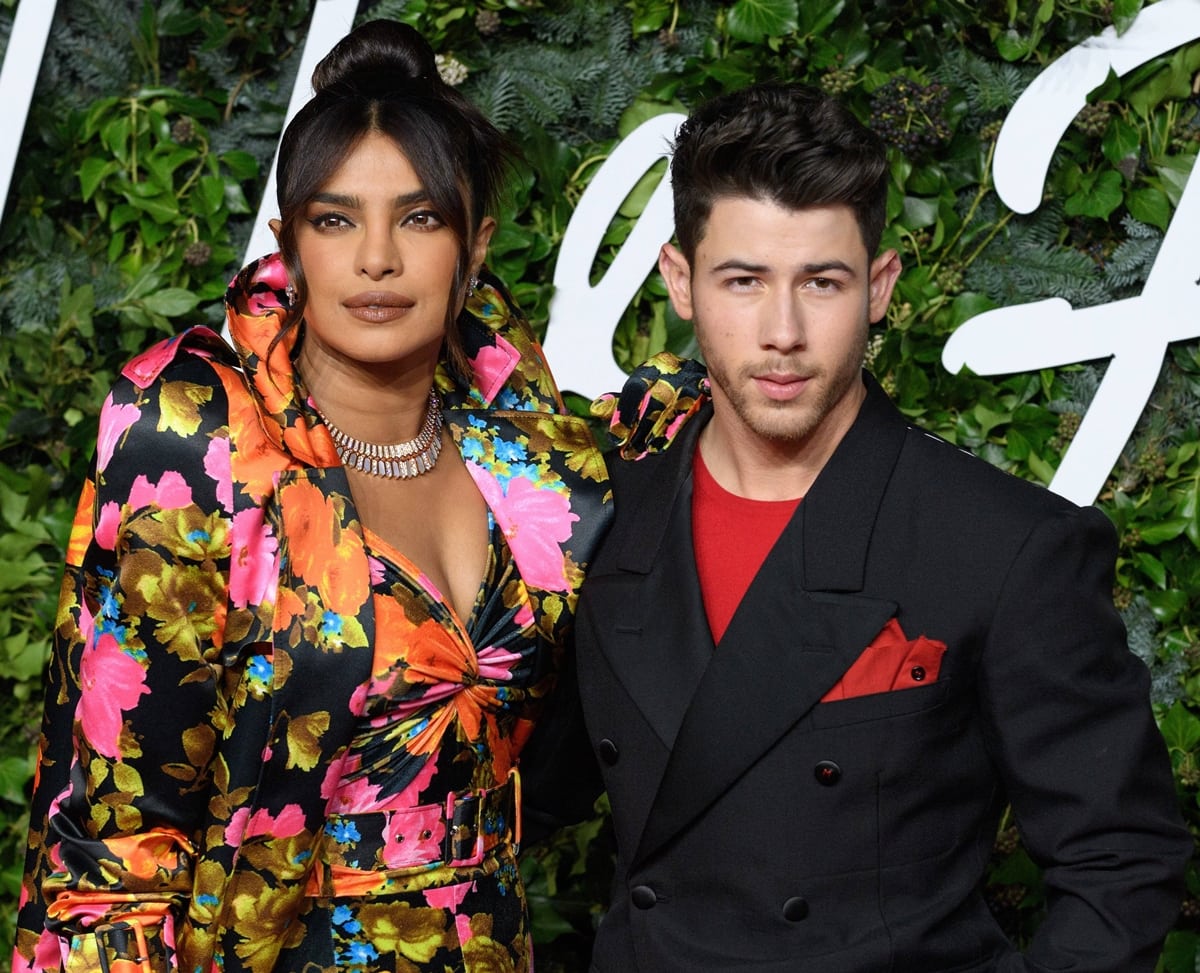 Nick Jonas and Priyanka Chopra were rumored to have split after Priyanka removed her married name “Jonas” from her Instagram profile name (Credit: MEGA / WENN)

Priyanka paired her look with Bulgari jewelry and a simple high-bun updo with curtain bangs. She was joined by her husband, musician Nick Jonas. Jonas wore a black oversized tuxedo by Maison Margiela with red accents and red split-toe sneakers by Maison Margiela x Reebok. He did not hit the mark either.

This couple may need a new stylist. During a recent appearance on InStyle‘s Ladies First With Laura Brown podcast, Priyanka opened up about the difficulties of having a long-distance marriage with her much younger husband Nick Jonas. 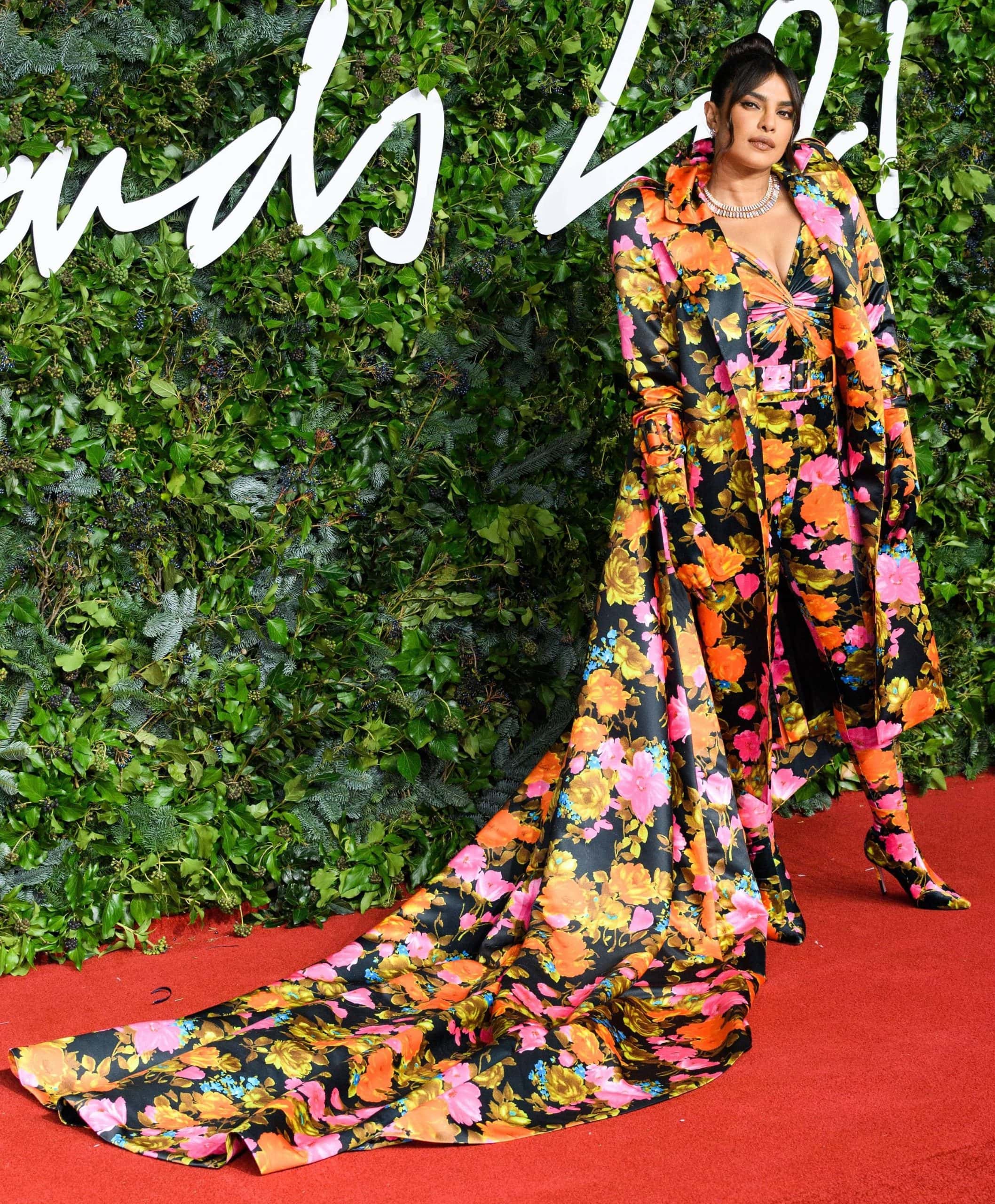 “Just the uncertainty of my mom and my brother being in India, my husband being in America while I was in the U.K. It just was so much uncertainty and that, to me, was terrifying of not being able to just get on a flight and travel, just in case something went wrong or something happened. But thankfully, you know, everyone was okay,” she added.

“We didn’t have a dramatic separation but because he was in and out, we had to be really careful,” the Quantico actress said.

“He had to quarantine, I had to quarantine whenever we saw each other at that time. And that’s usually not conducive to a production schedule because you don’t really have much time. You have, like, two days off.” 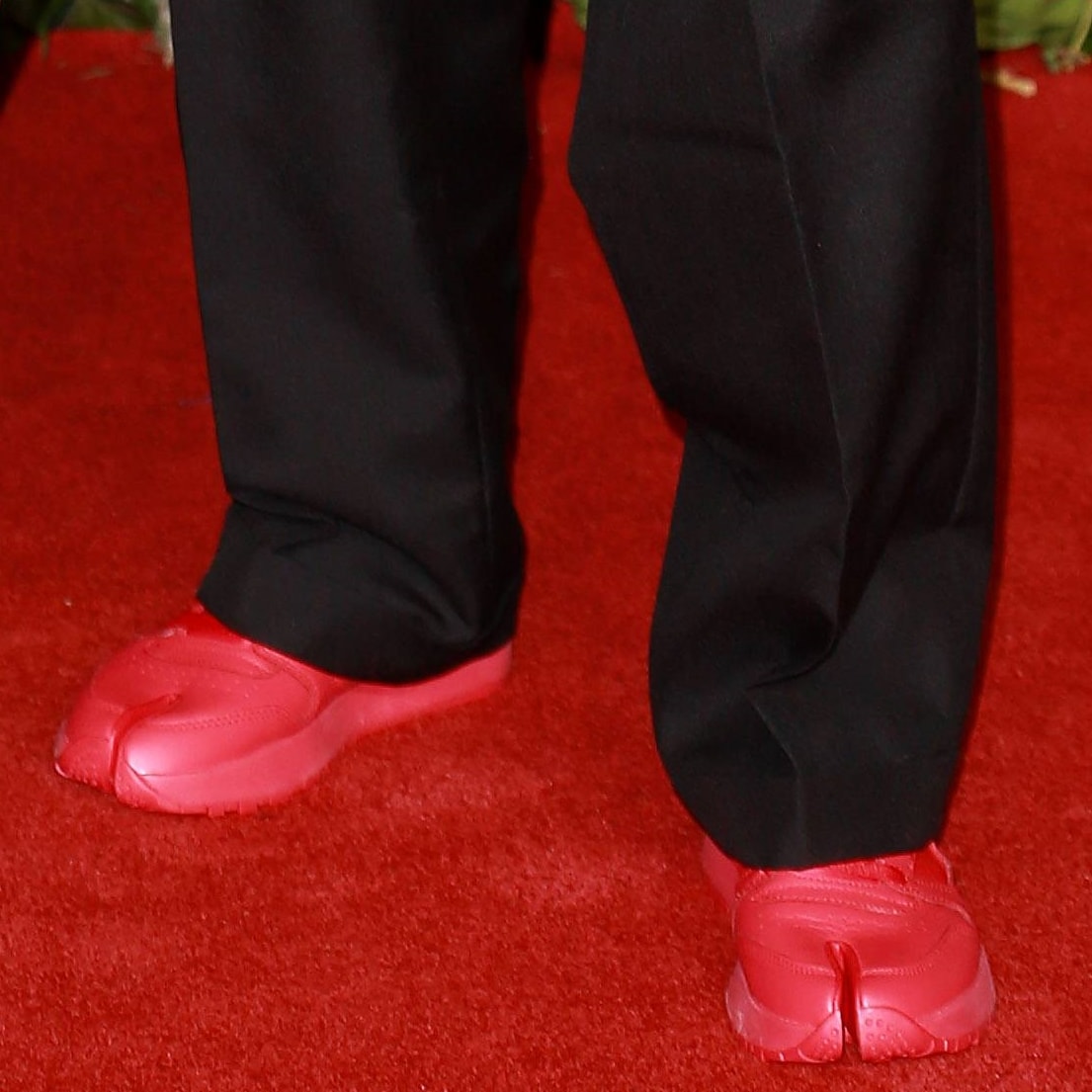 She added that it was “really tricky but we managed. He flew down a bunch of times, I flew down a couple of times. My mom came and stayed with me for almost five months, which was really nice.”

“We know each other’s hearts and we prioritize each other in everything that we do. We’ve had individual careers and we’re both very clear about never interfering in each other’s professional lives because we’re always partners and assets,” Priyanka said about their unusual marriage. They met for the first time at the Met Gala 2017. 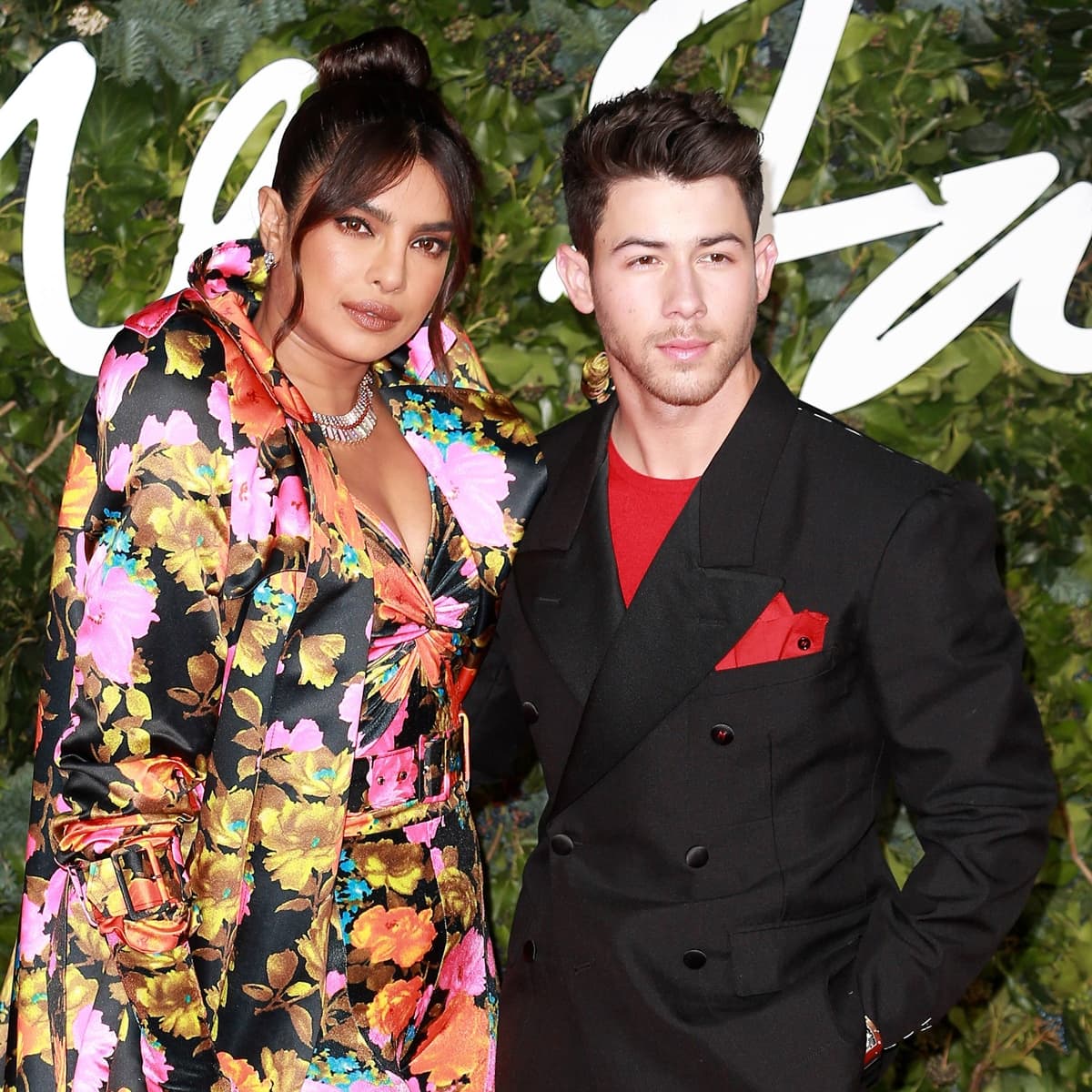 “We’ll have an opinion on each other’s things, we’ll be each other champions but those decisions are predominantly for both of us to take, because we’ve built our careers by ourselves for such a long time.”

“But I think at the same time, it’s very important to keep a check on another person’s heart and how they’re feeling. And I have to say, my husband’s amazing at doing that,” she said about Nick.

“Like I said, this year was hard for me being in London. He would just drop everything — come in for even, like a day — just to have dinner with me and fly back. Stuff like that, you just have to prioritize each other and then everything feels right.”

In September 2017, Priyanka Chopra walked the carpet at the Toronto International Film Festival for the premiere of “Pahuna: The Last Visitors.” 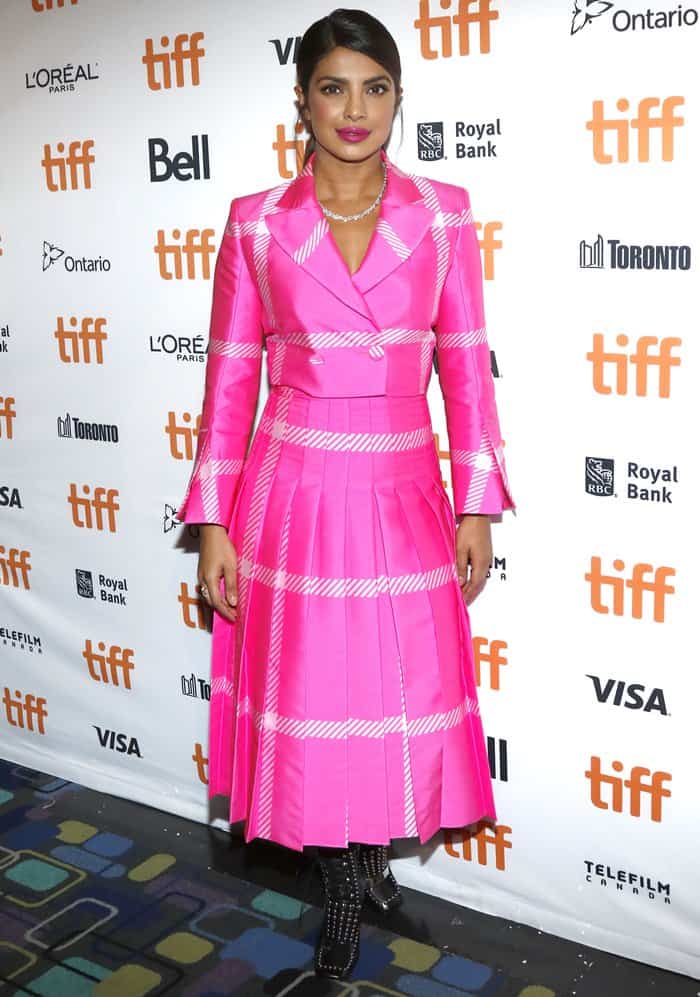 The former Ms. World produced the film, calling it her “passion project.” No wonder she wanted to stand by her film as it made the rounds in the film festival world. 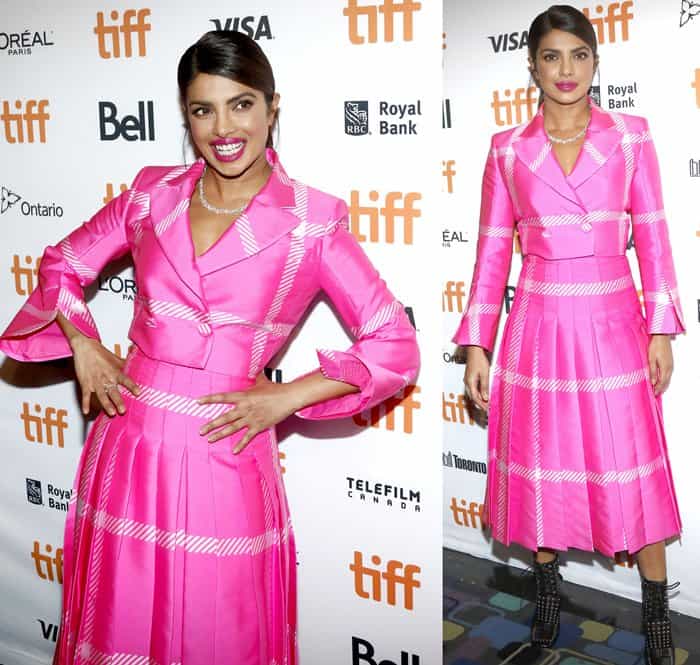 Her production may have received high praise and a standing ovation at the event, but her outfit didn’t deserve the same.

The then 35-year-old wore a bright pink cropped blazer with a matching a-line midi skirt from Fendi’s Resort 2018 Collection.

While the suit was stunning on its own, her square-toe, studded ankle booties ruined the whole look in our opinion. 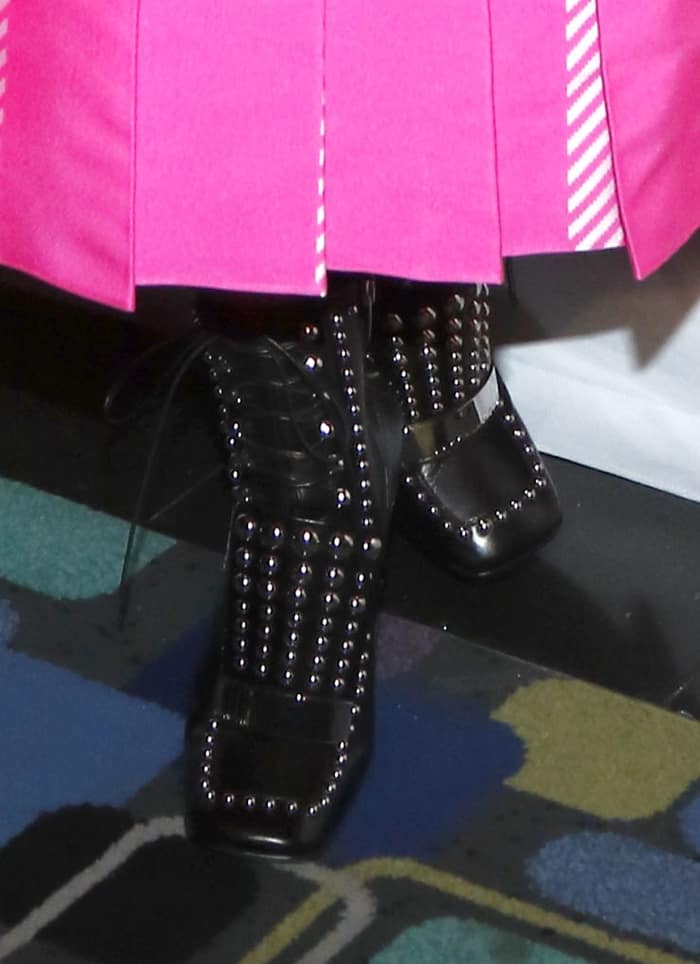 Perhaps a pair of high-heeled strappy sandals or pointy-toe pumps would have complemented and carried the femininity of the designer two-piece better.

What do you think? We have a few options Priyanka should have considered instead below from Net-a-Porter and Mytheresa. 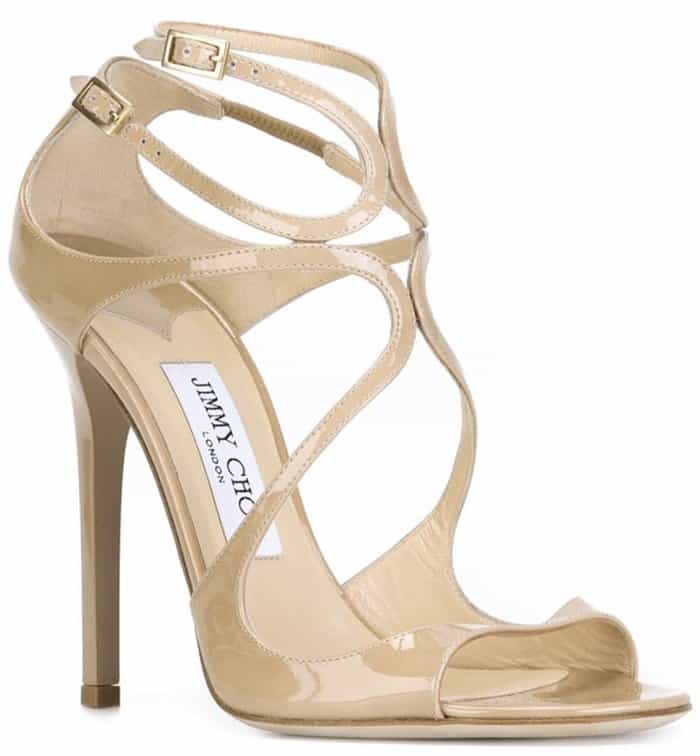 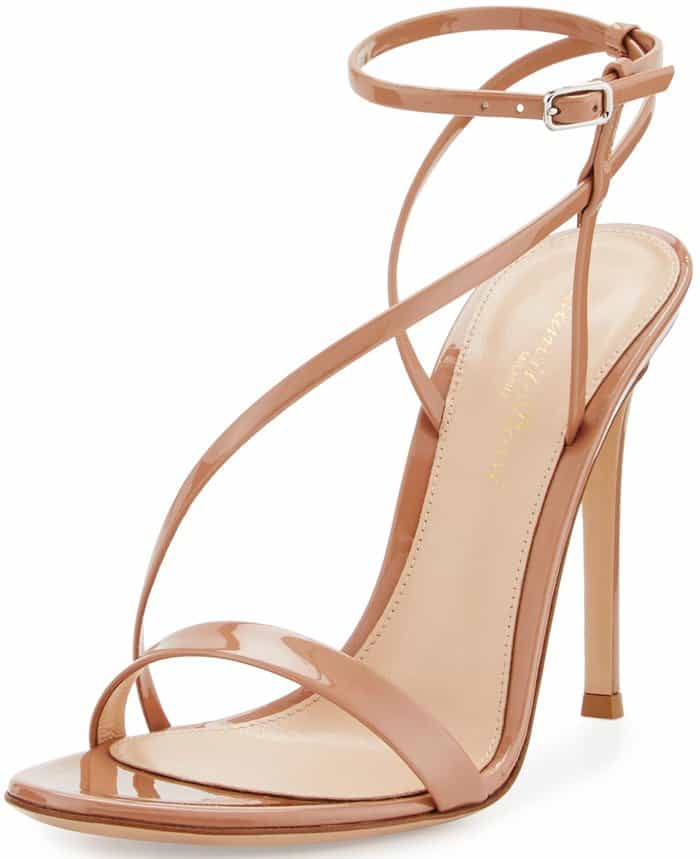 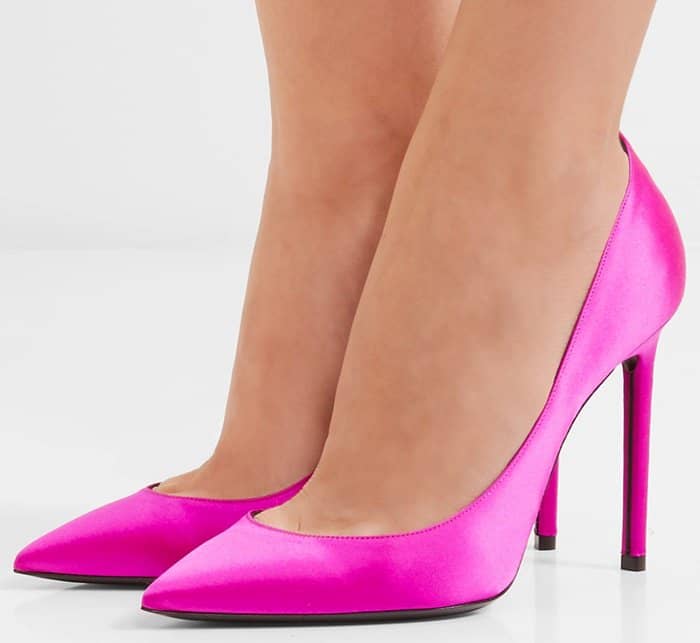