Nobody has mastered gothic glamour quite like Rooney Mara. On Wednesday, the 36-year-old actress stuck to her signature gothic look at the world premiere of her upcoming neo-noir psychological thriller film Nightmare Alley.

Adding modern flair to the look was her Alexander McQueen cropped tailored jacket, which you can get for $2,282 at Farfetch.

The Social Network star skipped wearing any jewelry, except for the hexagonal portrait diamond engagement ring from her fiancé Joaquin Phoenix.

Highlighting her natural beauty, Rooney pulled her tresses back into a neat bun and wore minimal makeup with pink blush, coral lipstick, and mascara. 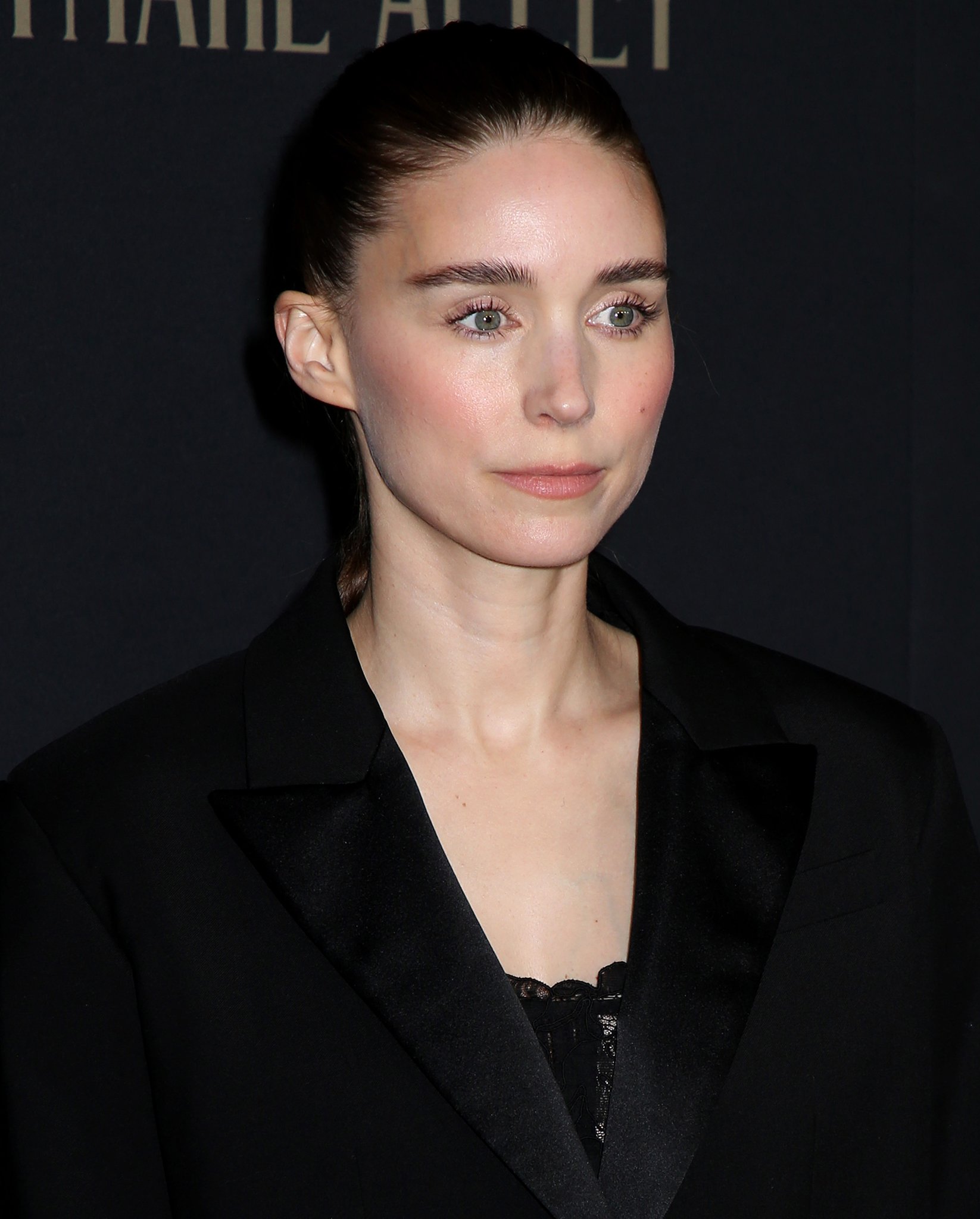 Later, the actress was seen posing alongside her co-star Bradley Cooper, who was dapper in a fitted black suit with a white dress shirt and a black tie. 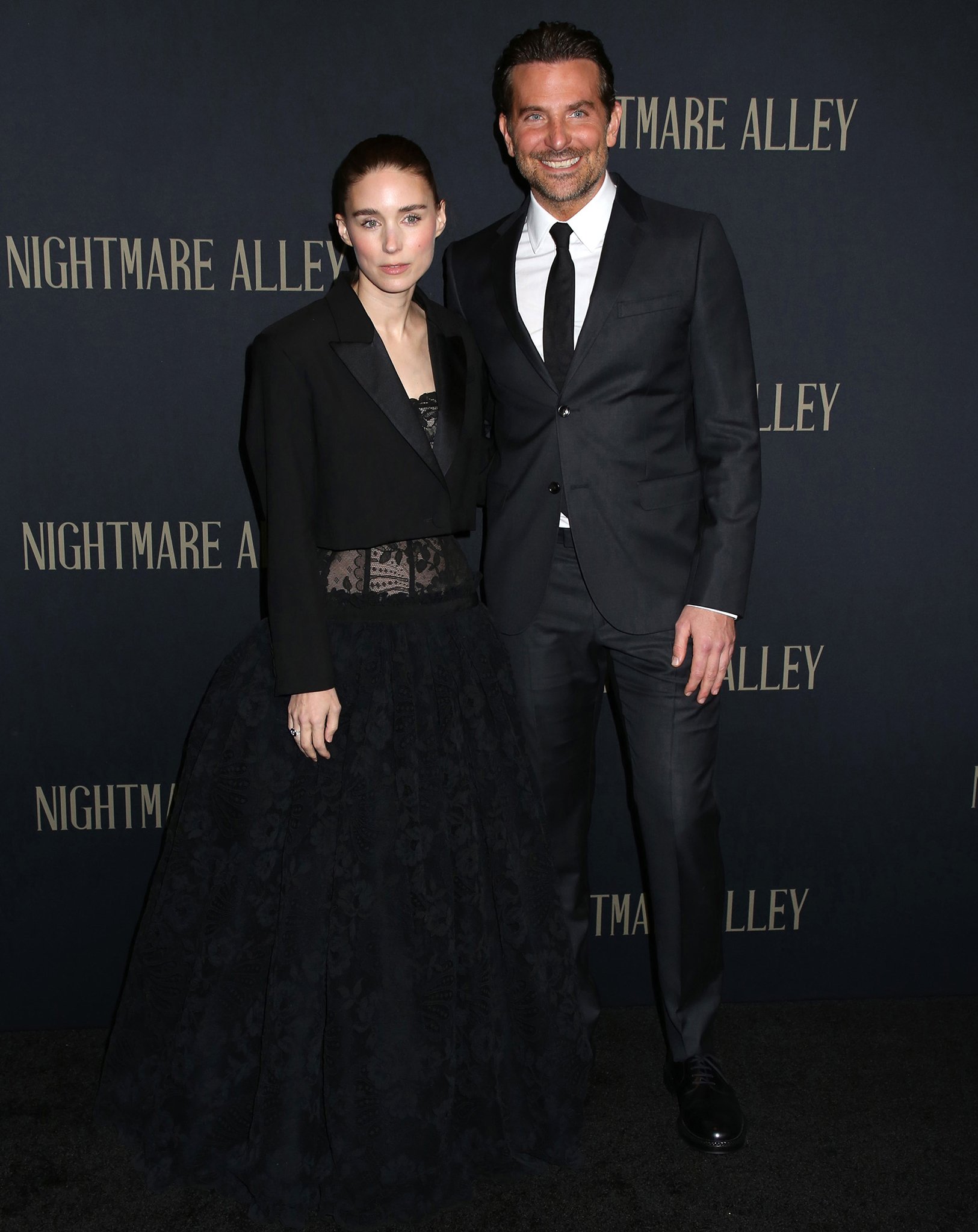 Rooney Mara and Bradley Cooper pose together at the premiere of their movie Nightmare Alley (Credit: Mega / WENN)

Based on the 1946 novel of the same name, Nightmare Alley follows Stan Carlisle (played by Bradley Cooper), an ambitious carny with a talent for manipulating people, as he teams up with a devious psychiatrist Dr. Lilith Ritter (Cate Blanchett) to swindle the rich.

Rooney stars as Molly, a young carnival worker who becomes Stan’s girlfriend in the movie. 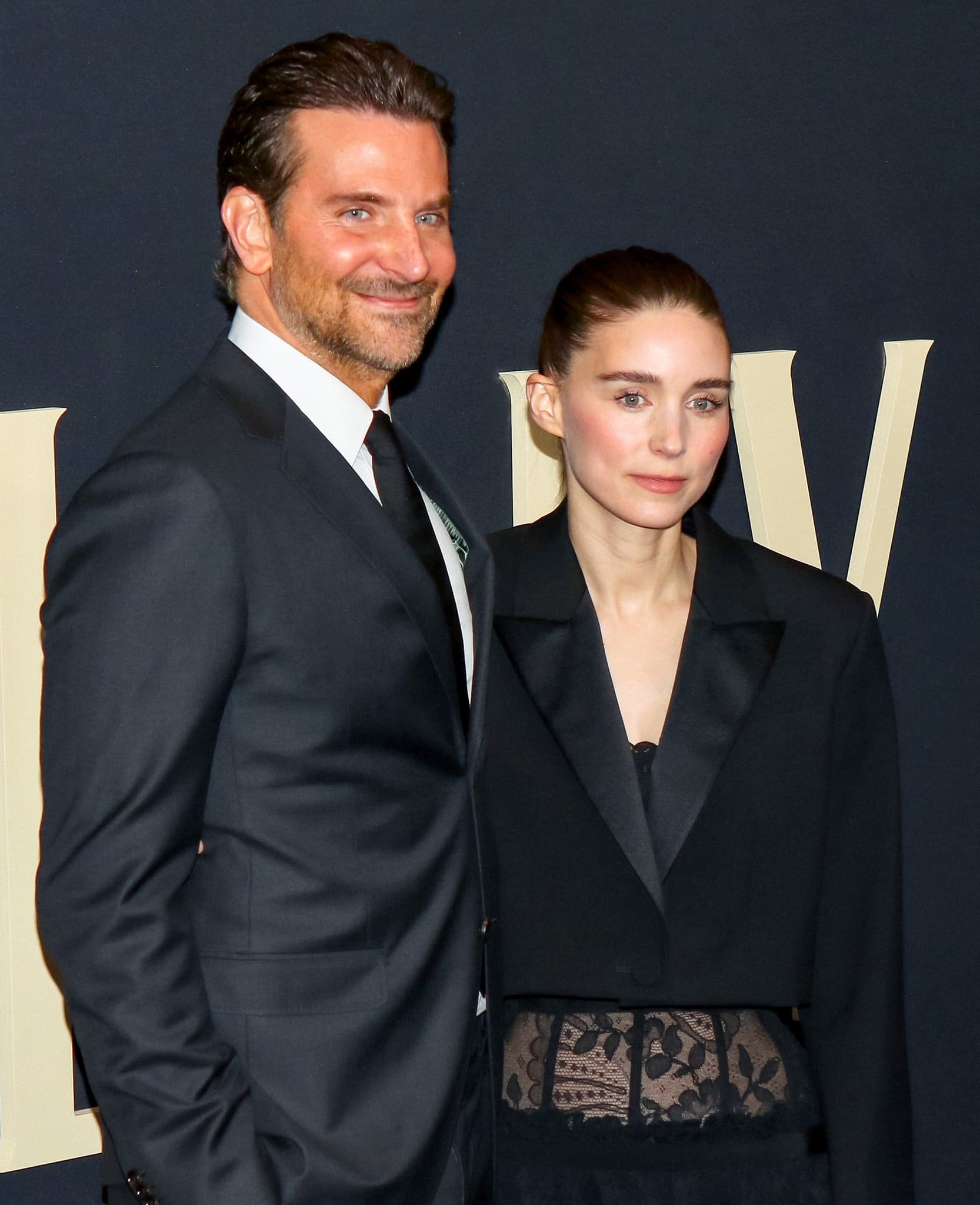 She opted for her usual red-carpet style, channeling her inner goth in a Givenchy Haute Couture black gown. It was actually a recycled look as she wore the exact same dress to the Pan world premiere in 2015. 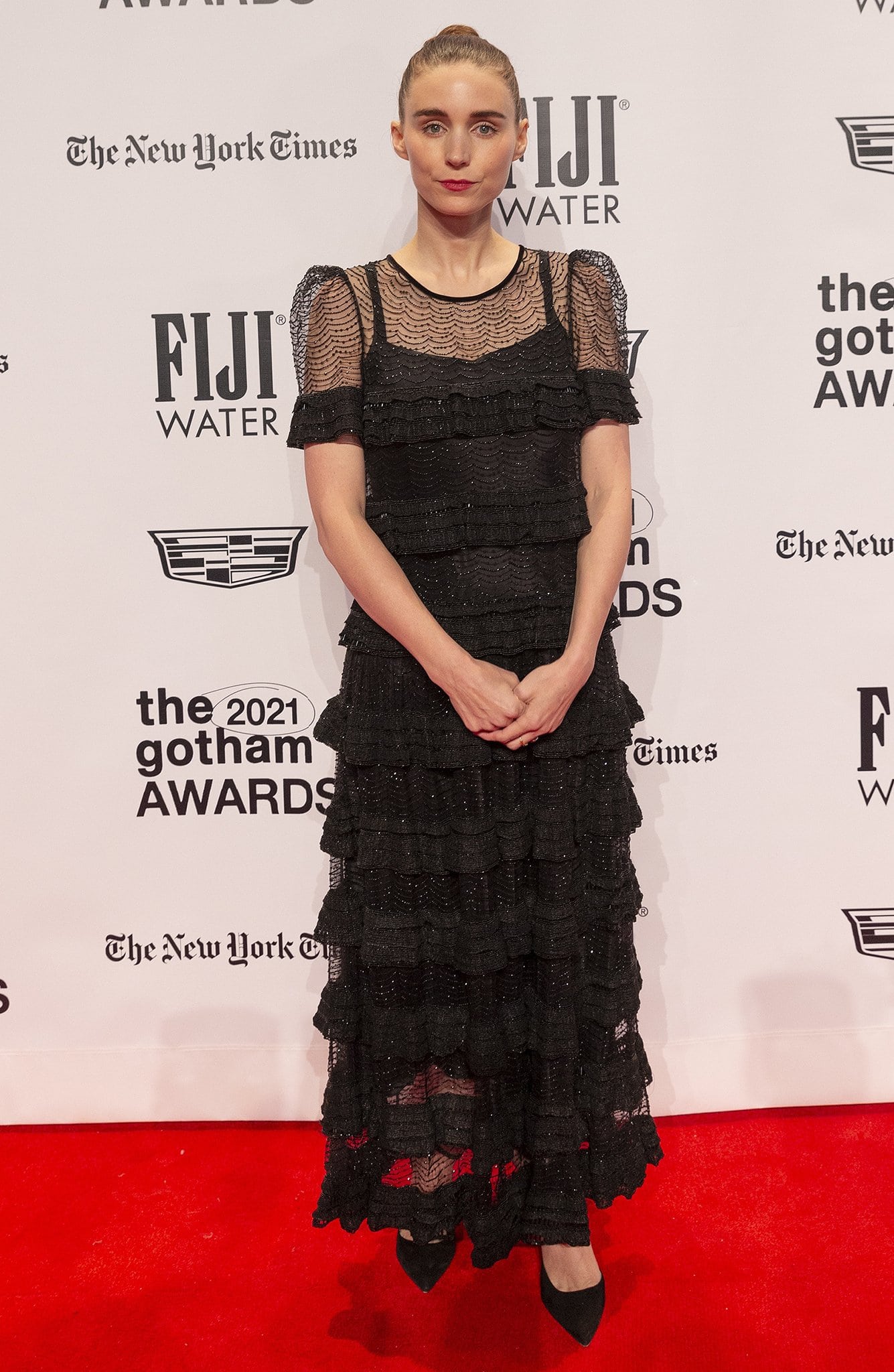 The stunning black dress is made of black tulle and features tiered ruffles from the bodice down to the ankle-length skirt. It also has frilly sleeves and is embroidered with black crystal beads, creating a sparkling look. 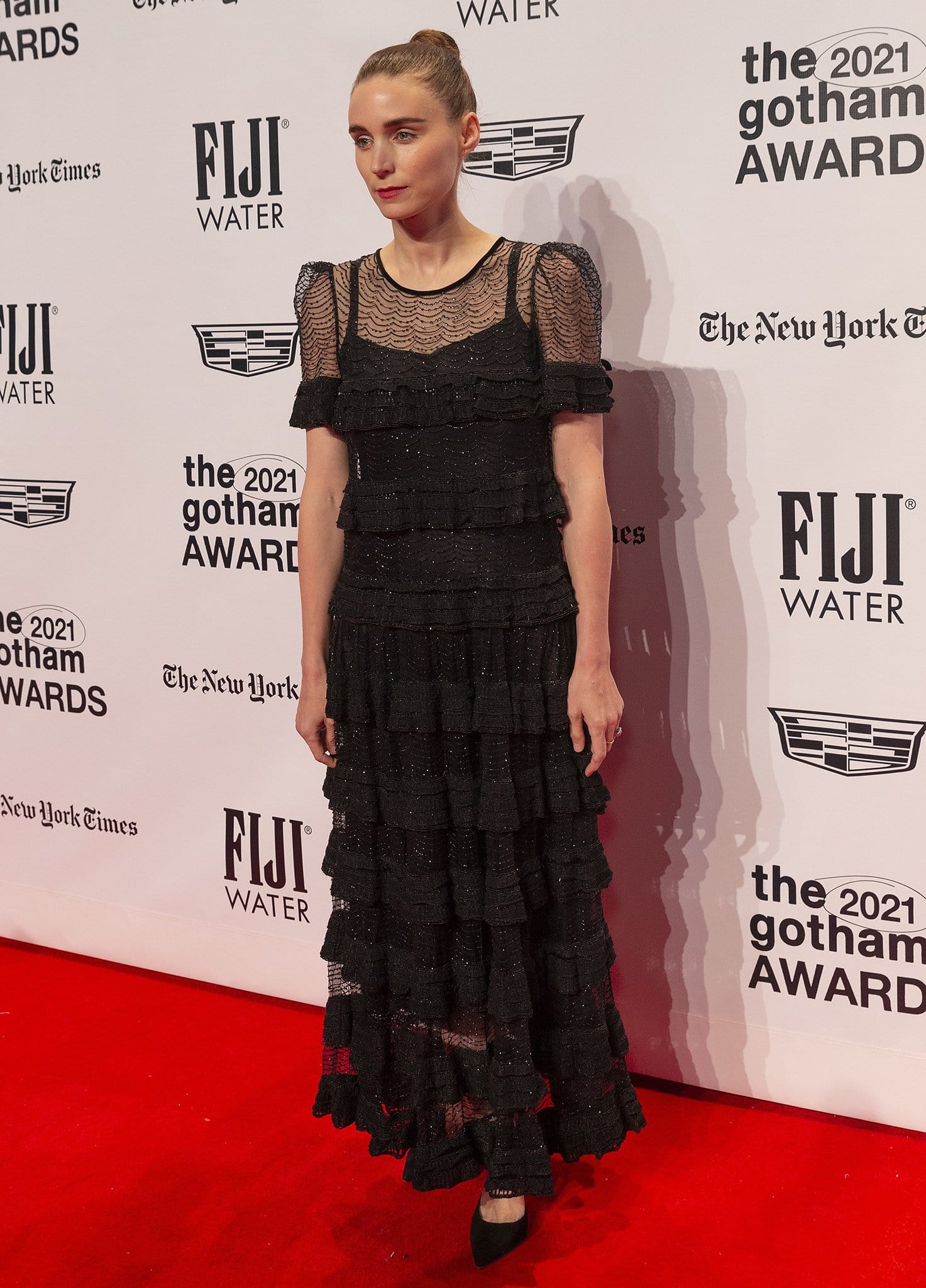 Not a fan of elaborate accessories, Rooney styled her outfit with just a couple of rings and a pair of black pointed-toe pumps.

She then pulled her tresses back into a tight bun and completed her look with a swipe of red lipstick. 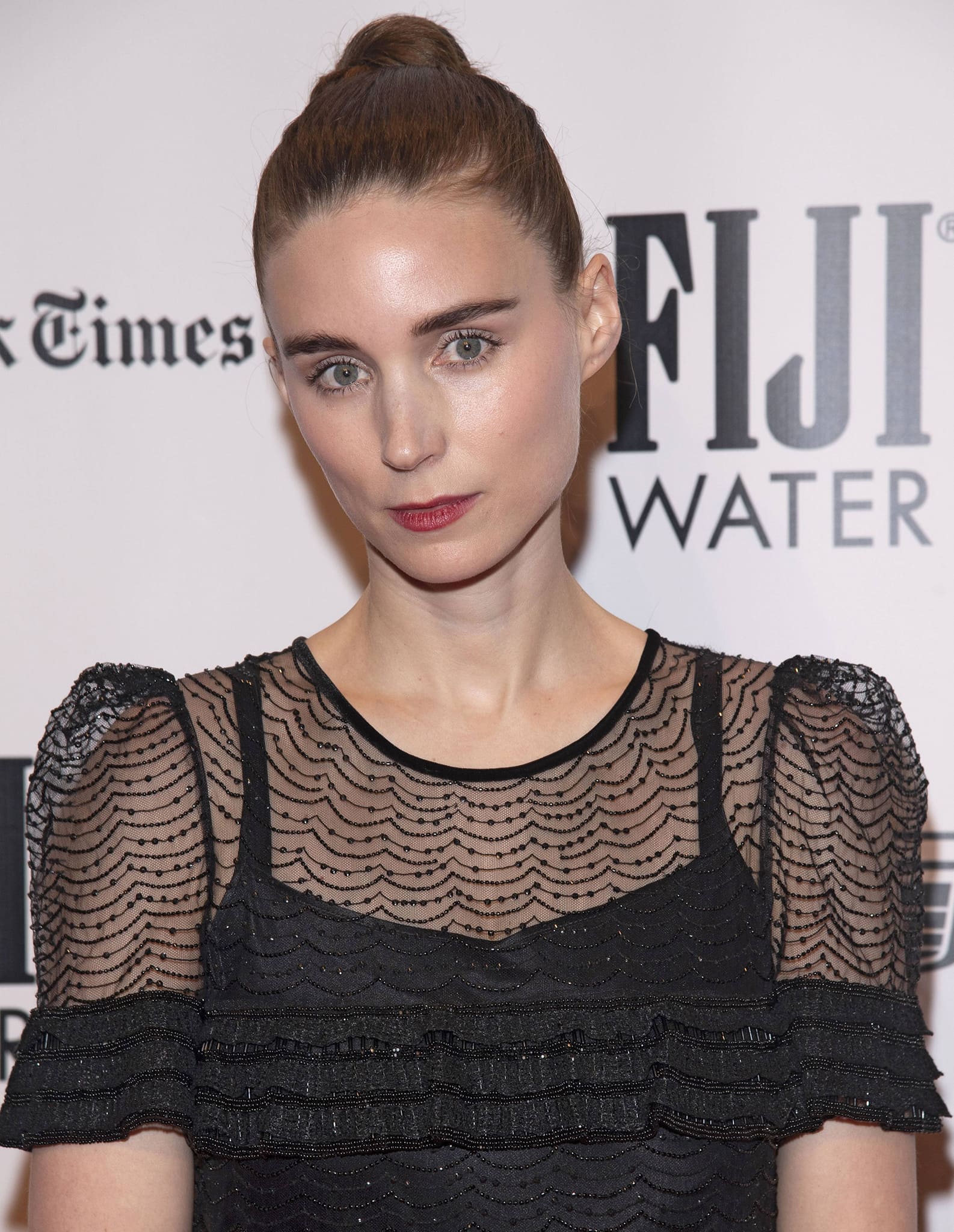