Maggie Gyllenhaal’s movie adaptation of Elena Ferrante’s The Lost Daughter took home four out of five awards it was nominated for at the 31st Gotham Awards.

The movie will have a limited theatrical release beginning December 17 before streaming on Netflix on December 31. 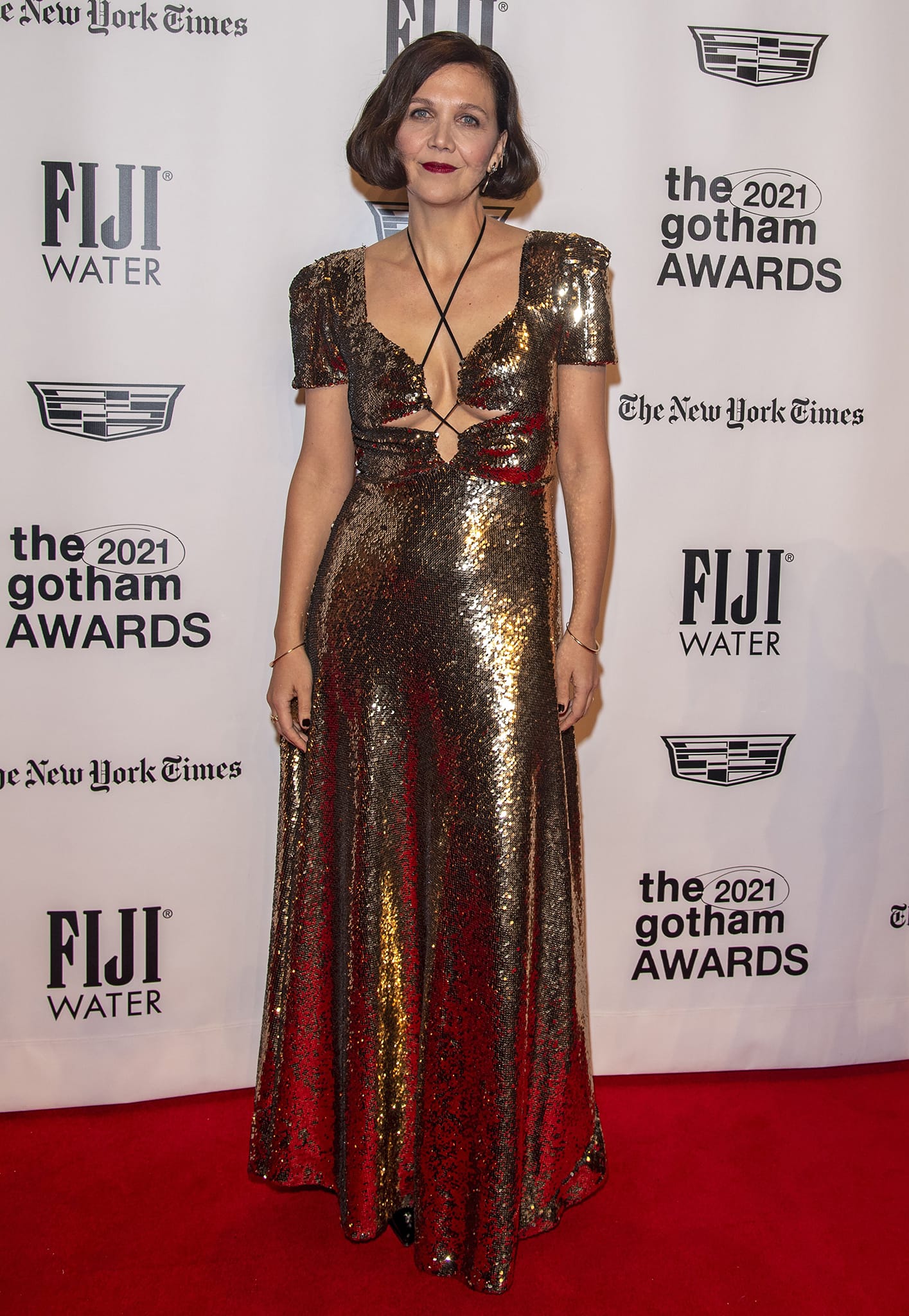 For the occasion, the Crazy Heart actress turned heads in her boldest look yet, flashing her cleavage and underboob in a gold sequin Rodarte Fall 2021 gown.

The dazzling short-sleeved dress is decked out in shimmering gold sequins and features a daring cutout at the chest and waist, held together by a thin black halter strap. It also has a fitted bodice flaring out to a flowy skirt. 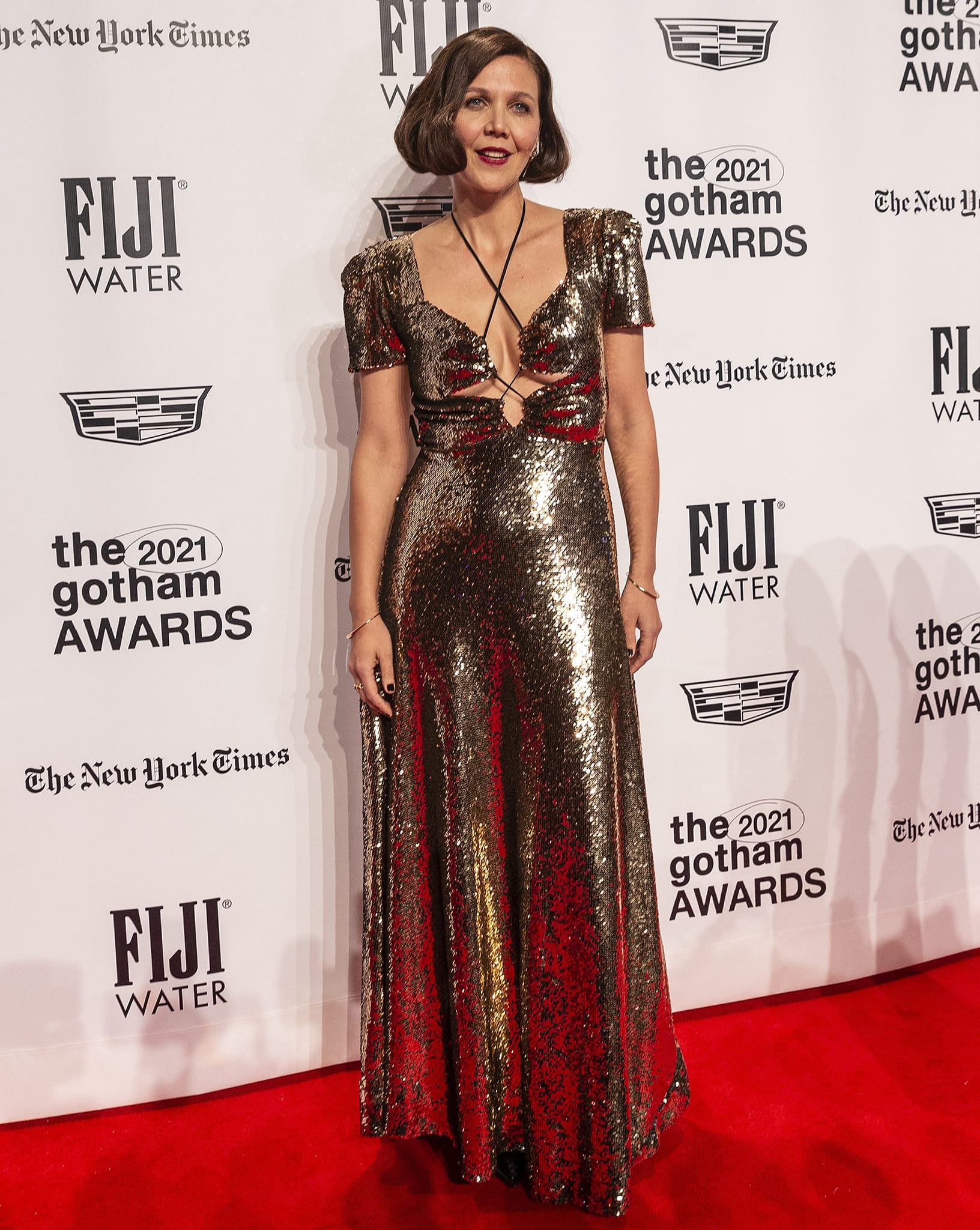 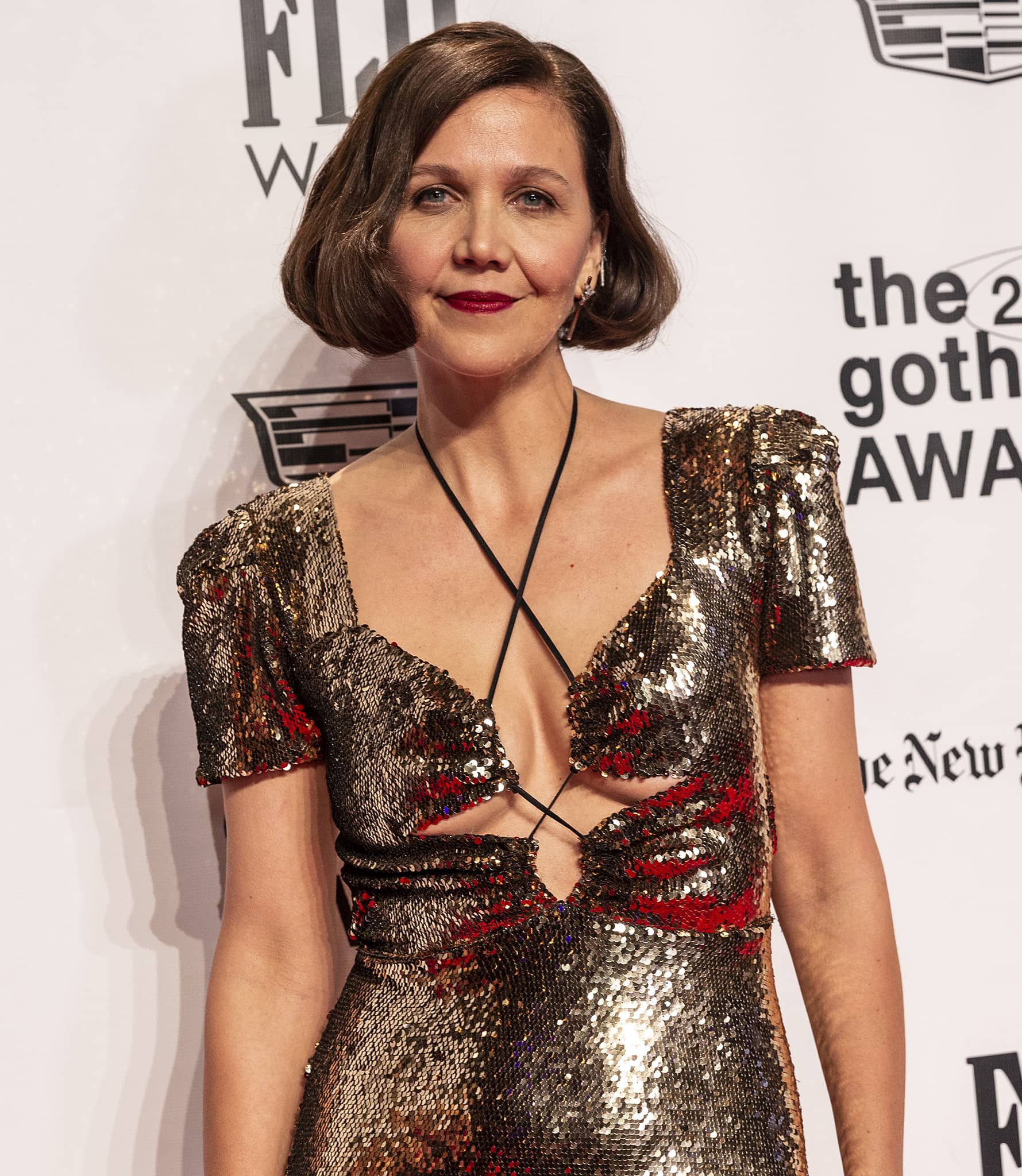 Maggie was joined on the red carpet by her husband Peter Sarsgaard and Dakota Johnson, who both star in her directorial debut. 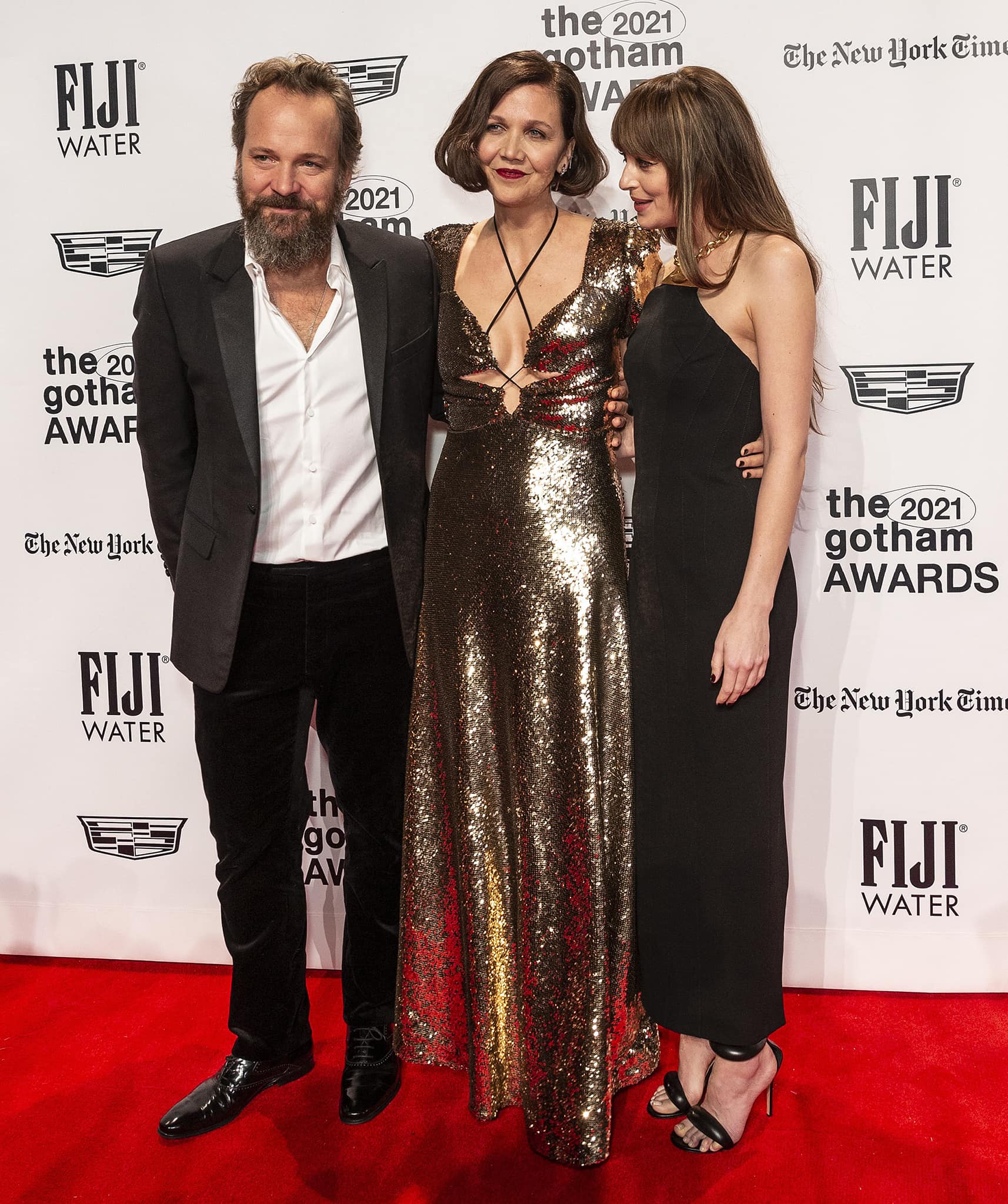 Dakota, who plays Nina in the acclaimed movie, looked stunning in a sleek black dress from Schiaparelli’s Spring 2022 collection. 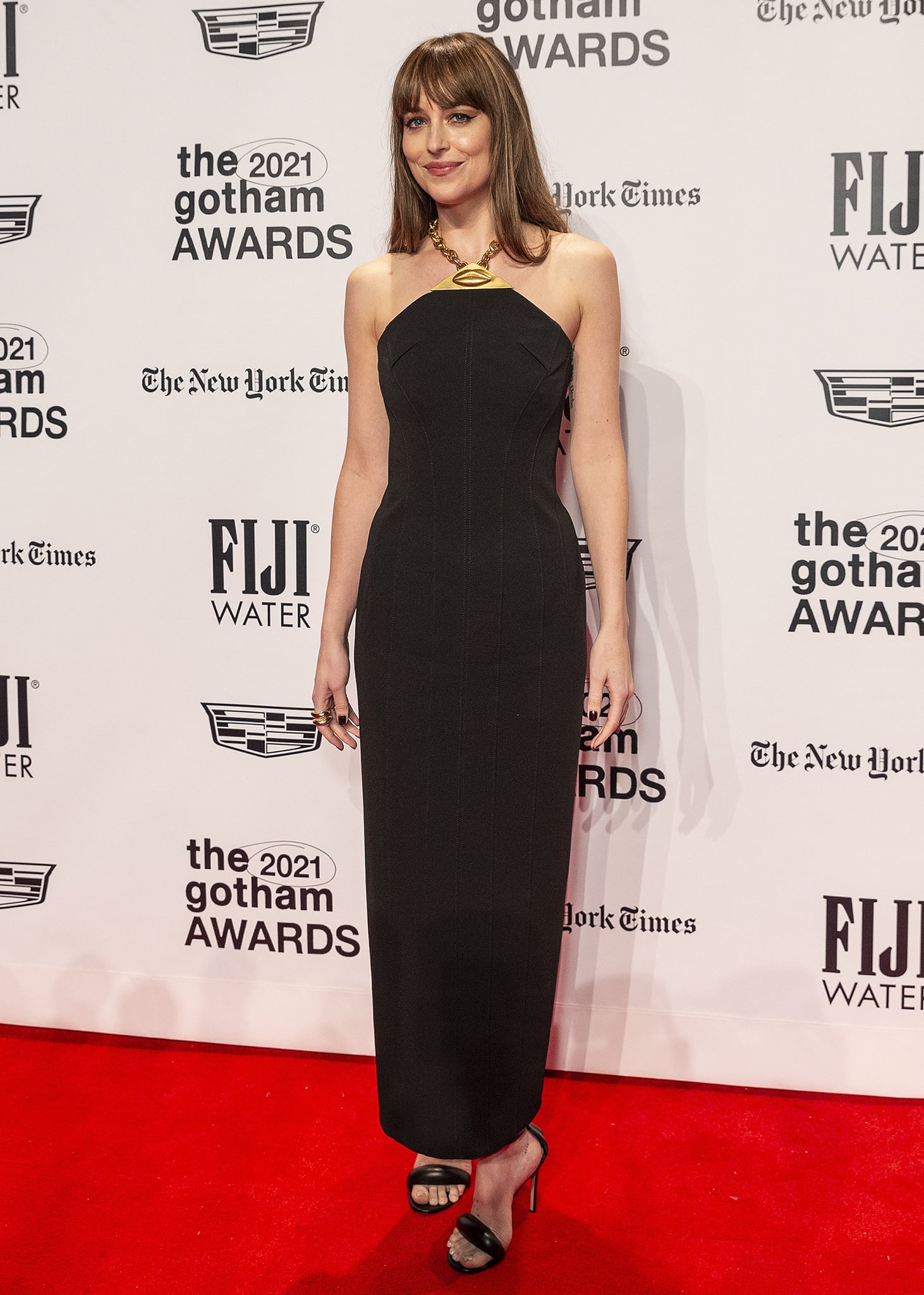 The Office actress completed her outfit with a pair of Gianvito Rossi “Bijoux” black sandals, which offered a glimpse of her minimalist foot tattoos. 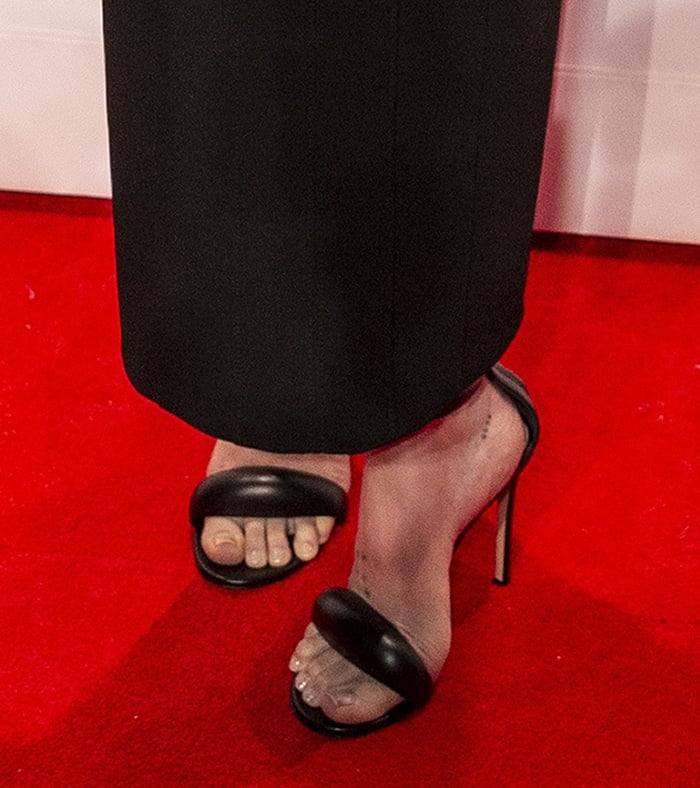 Named after the label’s jewelry-inspired design, these sandals from the popular women’s shoe designer feature buttery soft padded leather straps, a back zip, and a stiletto heel that measures about four inches. They are also available in gold at Mytheresa. 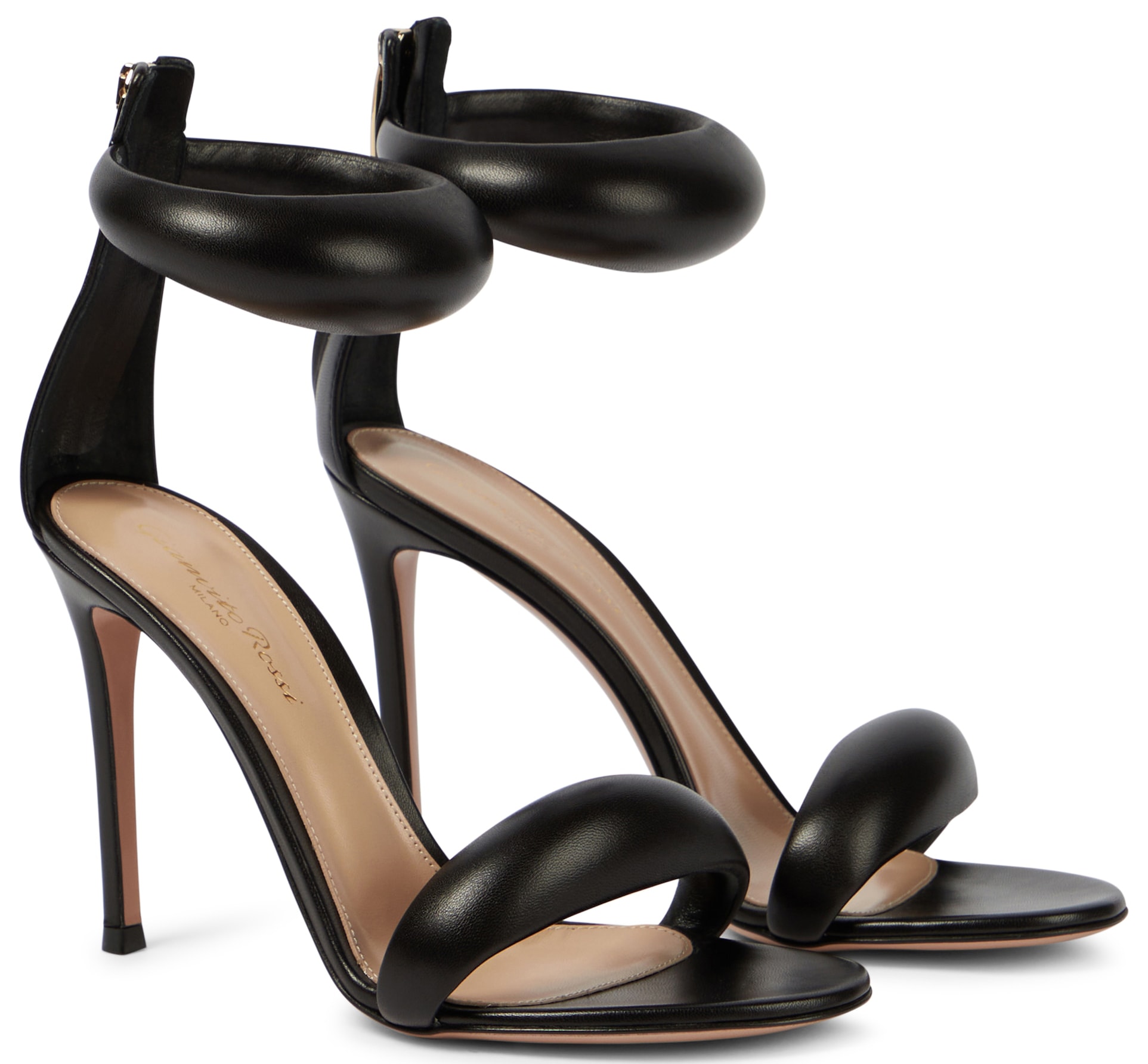 These trendy sandals feature buttery soft padded leather, a back zip, and a high stiletto heel 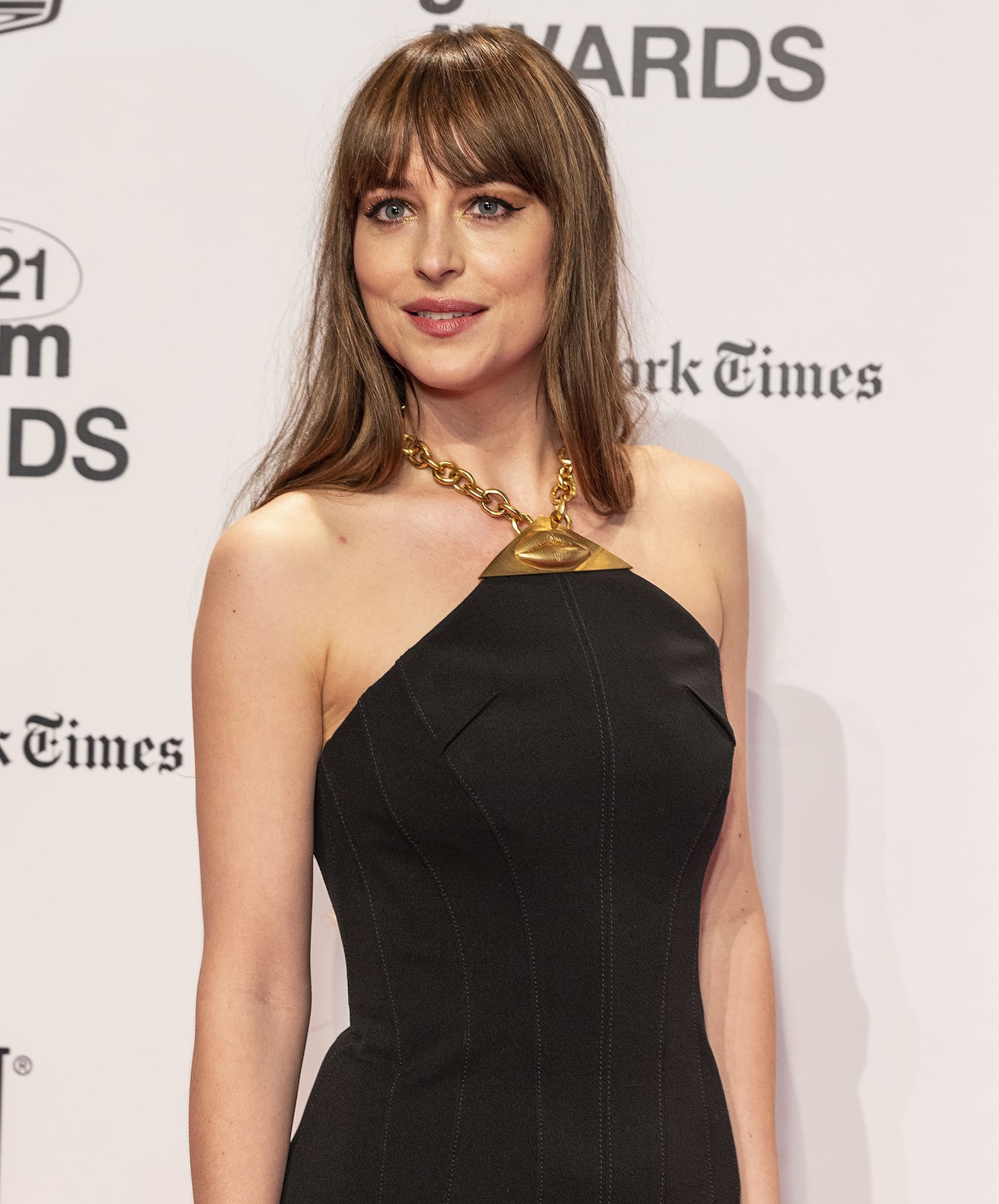