Arguably one of the most impressive-looking Jordan basketball shoes off the Air Jordan lineage, the Zoom Separate has garnered some worthy buzz largely for its affiliation with Dallas Mavericks superstar and Jordan athlete Luka Dončić. Said to be inspired by his personal take on the step-back jumper, the Zoom Separate reads like a modern lifestyle shoe, but with the performance elements suitable for one of the best ballers in the world. Branding is absolutely minimal as the Jumpman appears via a small logo on the upper tongue, while a digitized JORDAN appears at the fore-foot. And despite its clear modern intent, a NIKE AIR logo debossed at the heel adds a touch of nostalgic history.

It now appears in a colorway we can only attribute to the “Ultramarine”, a name given to the pairing of indigo-style blue and a crimson red. Popularized by the Air 180 running shoe, this “Ultramarine” was in common use by Nike in the early 1990s, with sneakerheads today easily identifying the colorway.

The Jordan Zoom Separate has indeed released in Asia and is likely to release on Nike.com soon for approximately $120. In other Jumpman news, the Cool Grey Jordan 11s will officially release on 12/11. 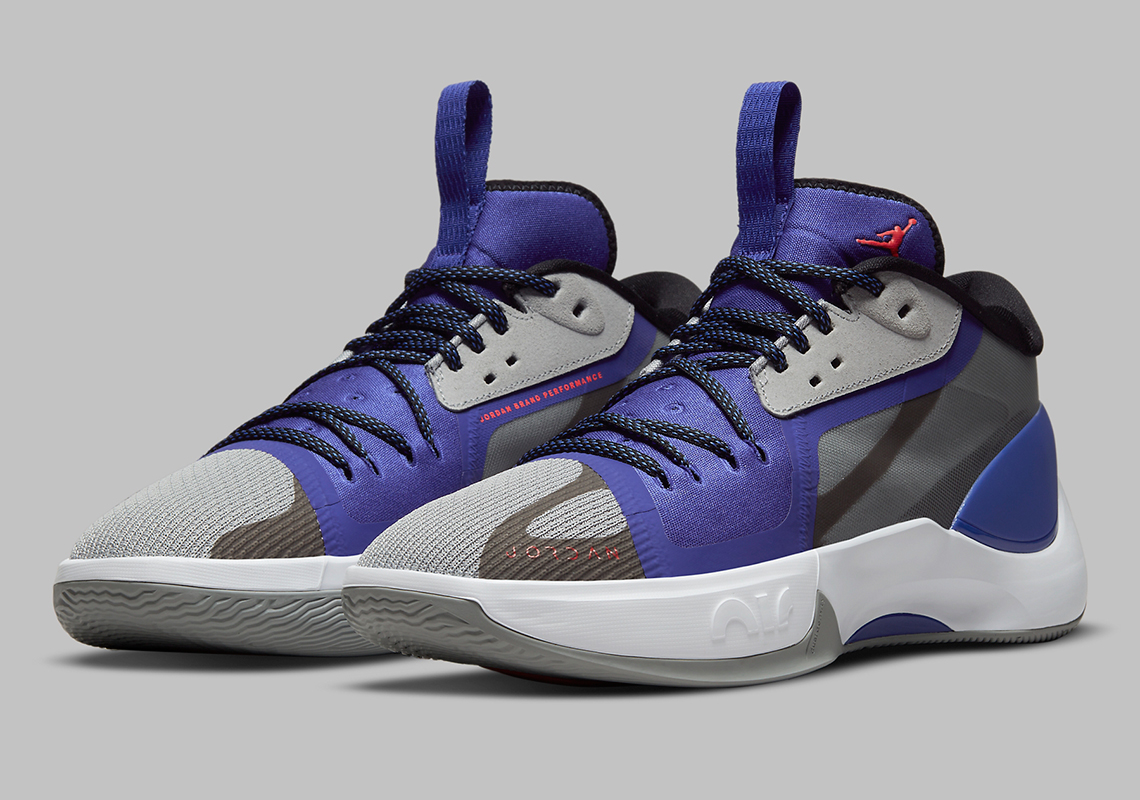 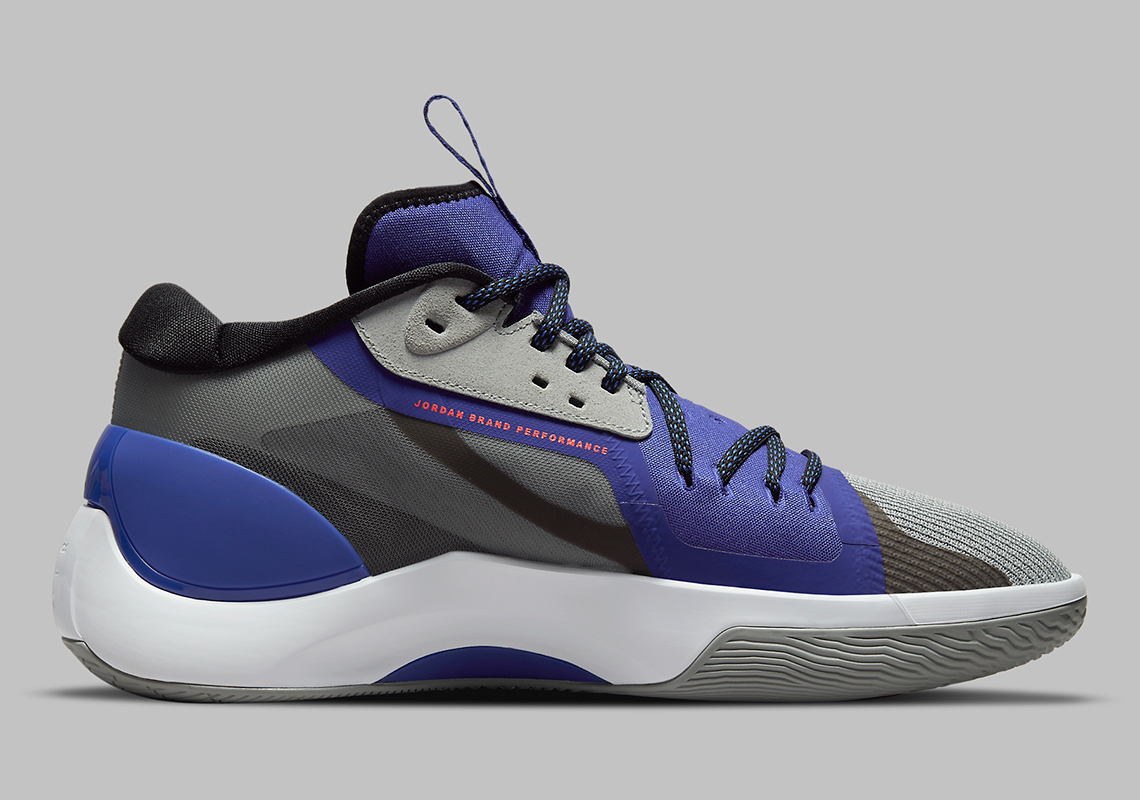 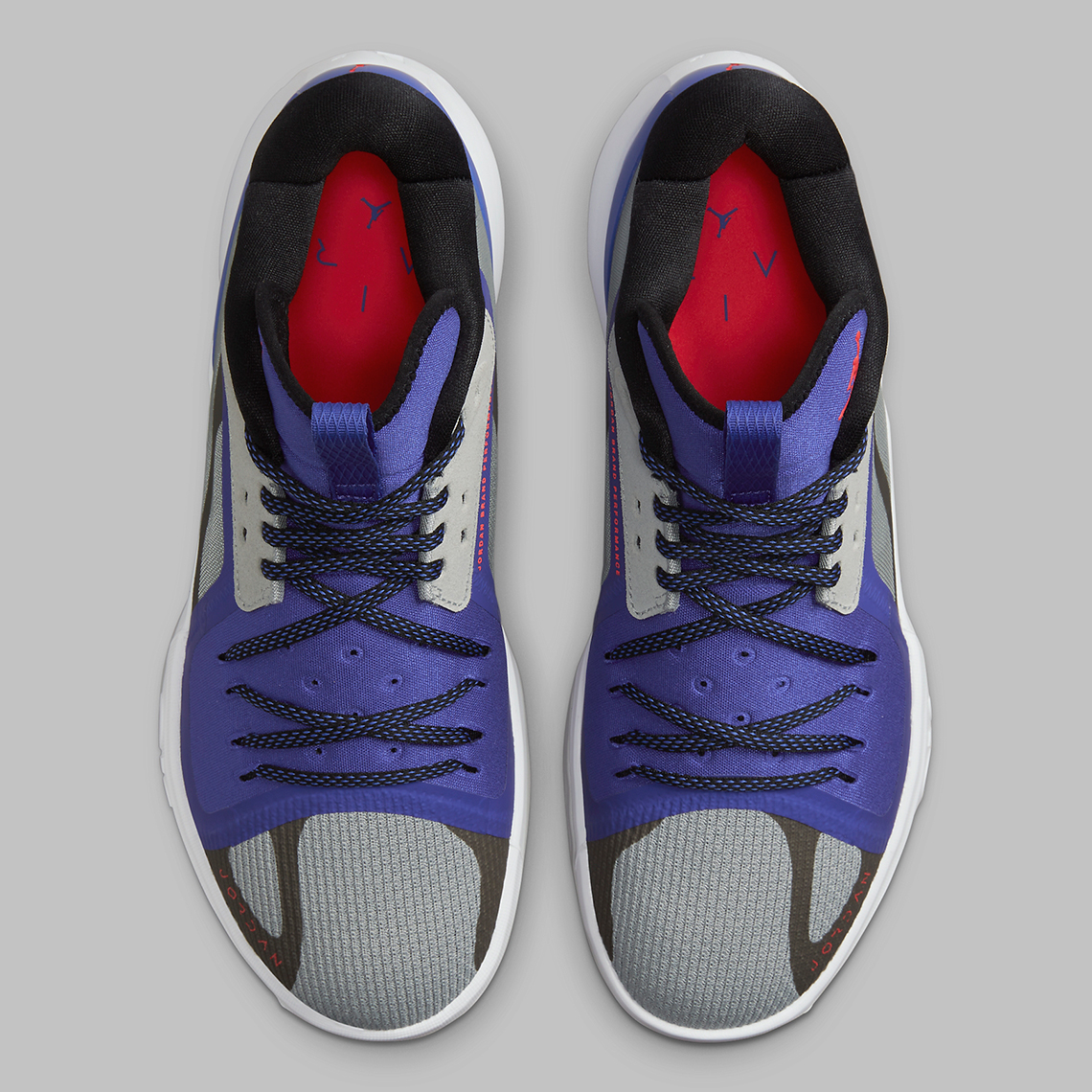 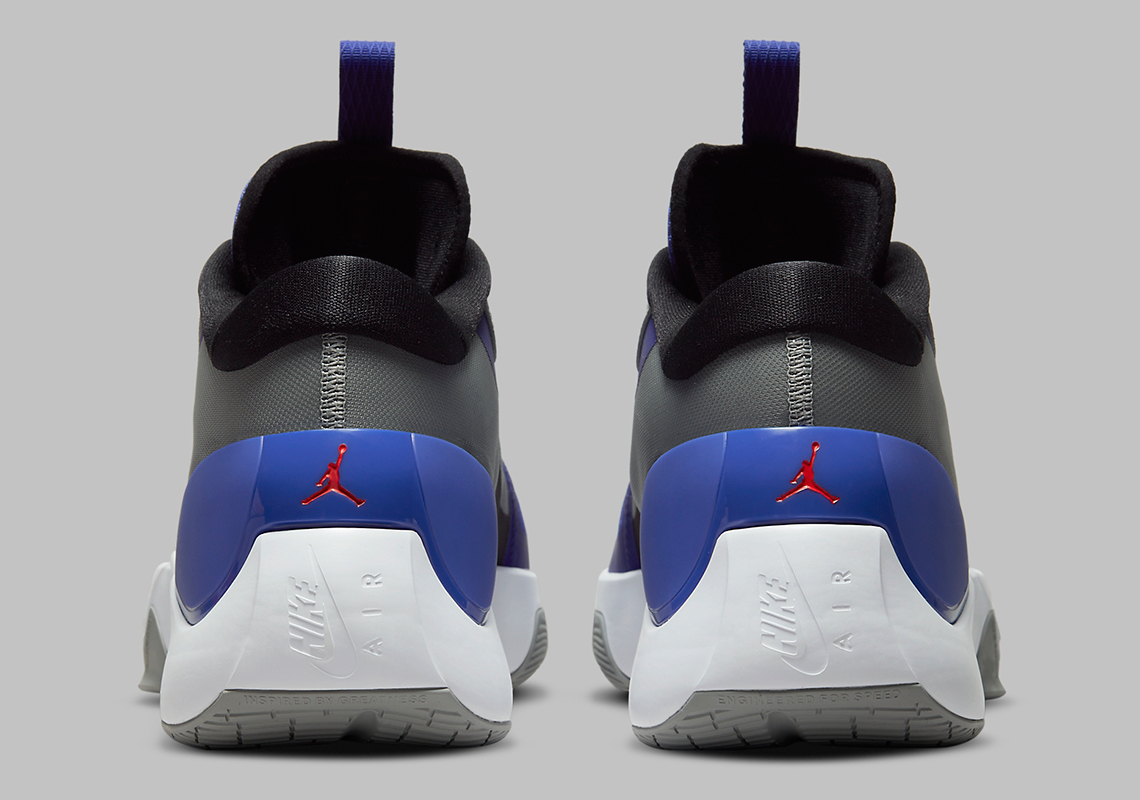 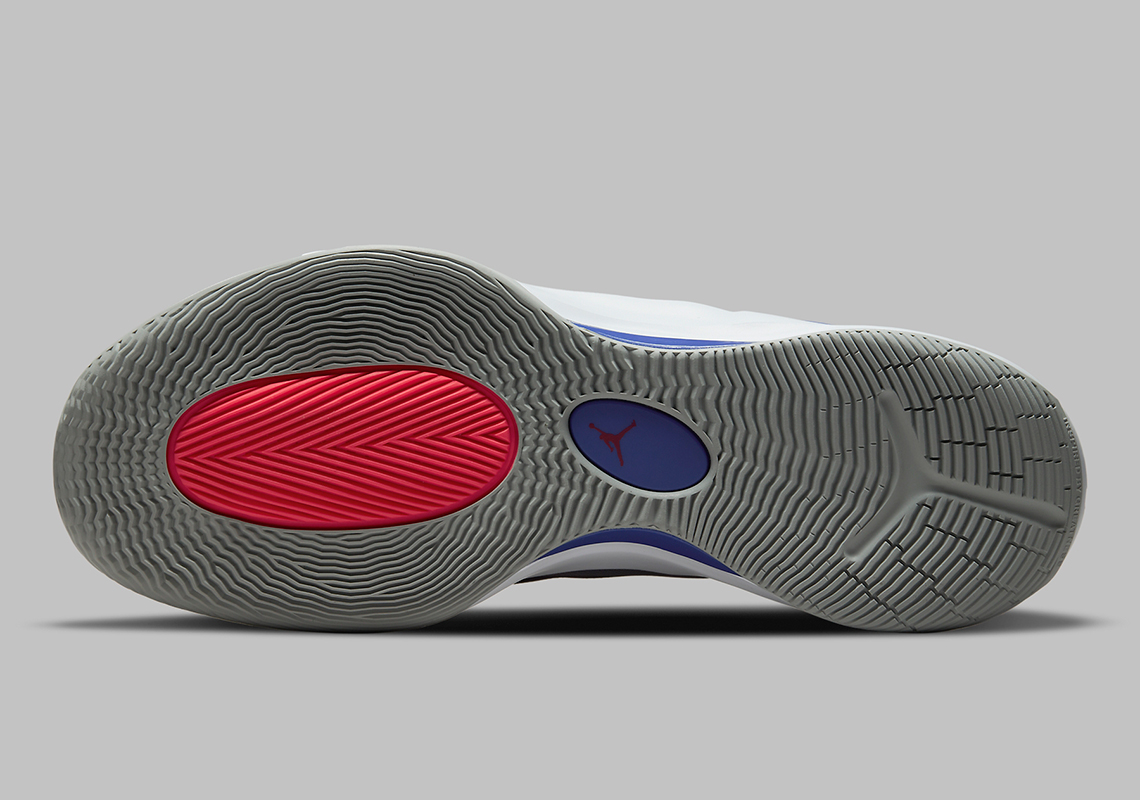 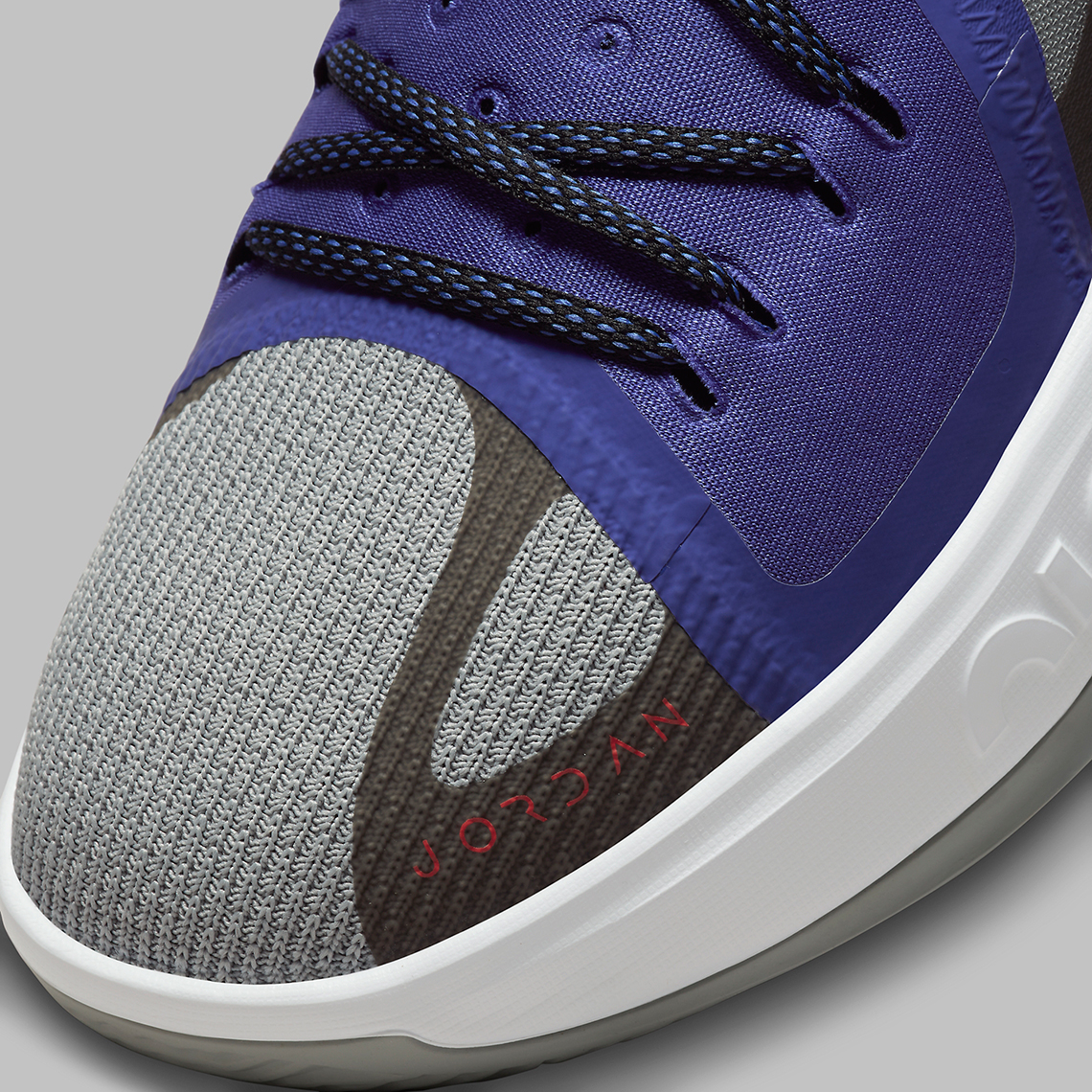 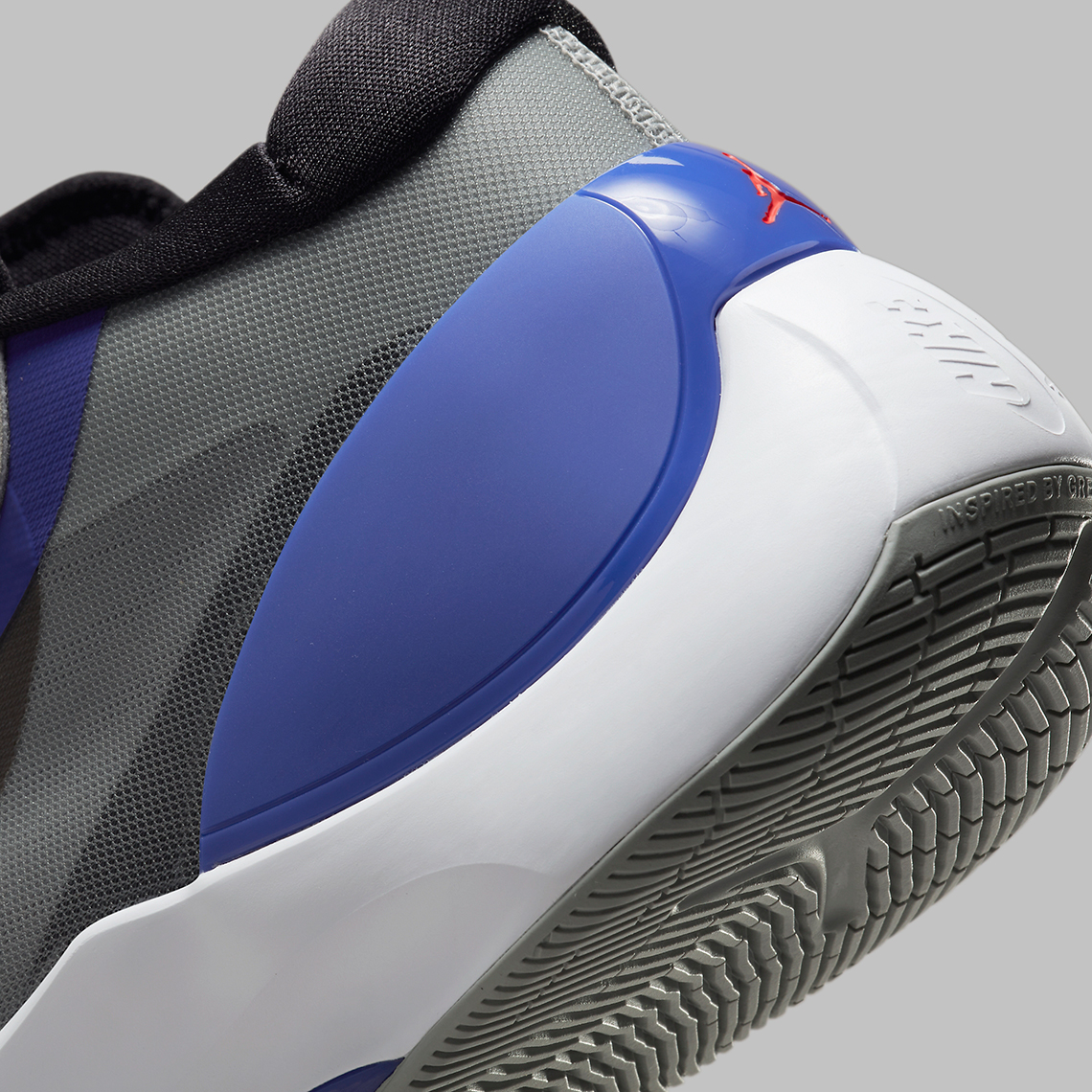