Rumor has it that Sandra Bullock is one of the names being eyed to take on the role of Madame Web in Sony’s Spider-Man Universe.

In a recent interview with Jimmy Kimmel, however, the 57-year-old actress was adamant that she has “never been approached by Marvel” for anything.

Sandra Bullock was on the ABC talk show to promote her new drama, The Unforgivable, based on the 2009 British miniseries Unforgiven written by Sally Wainwright.

Set to be released on Netflix on December 10, the movie follows a woman named Ruth Slater, who attempts to rebuild her life after serving 20 years in prison for murdering a local police sheriff. 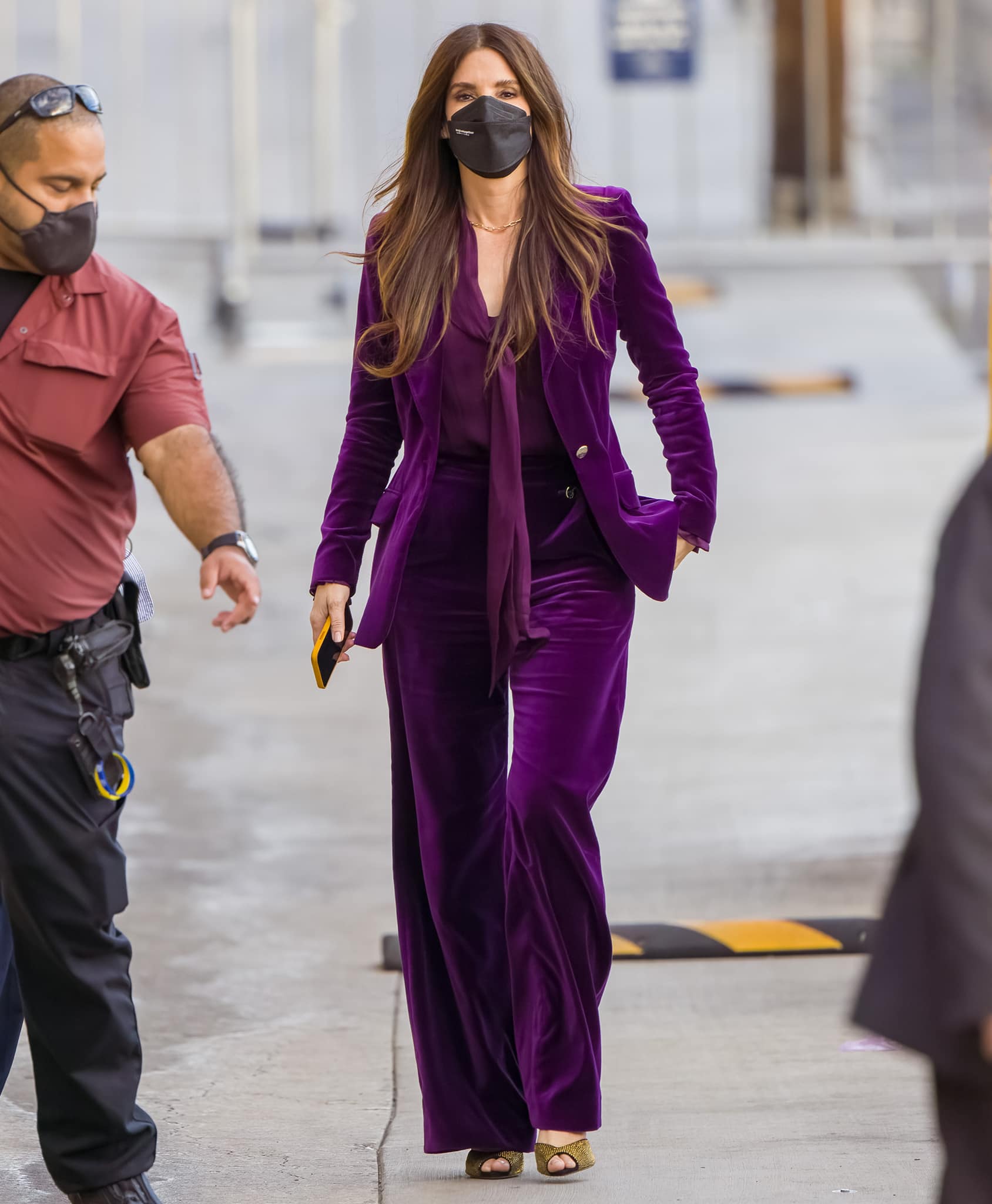 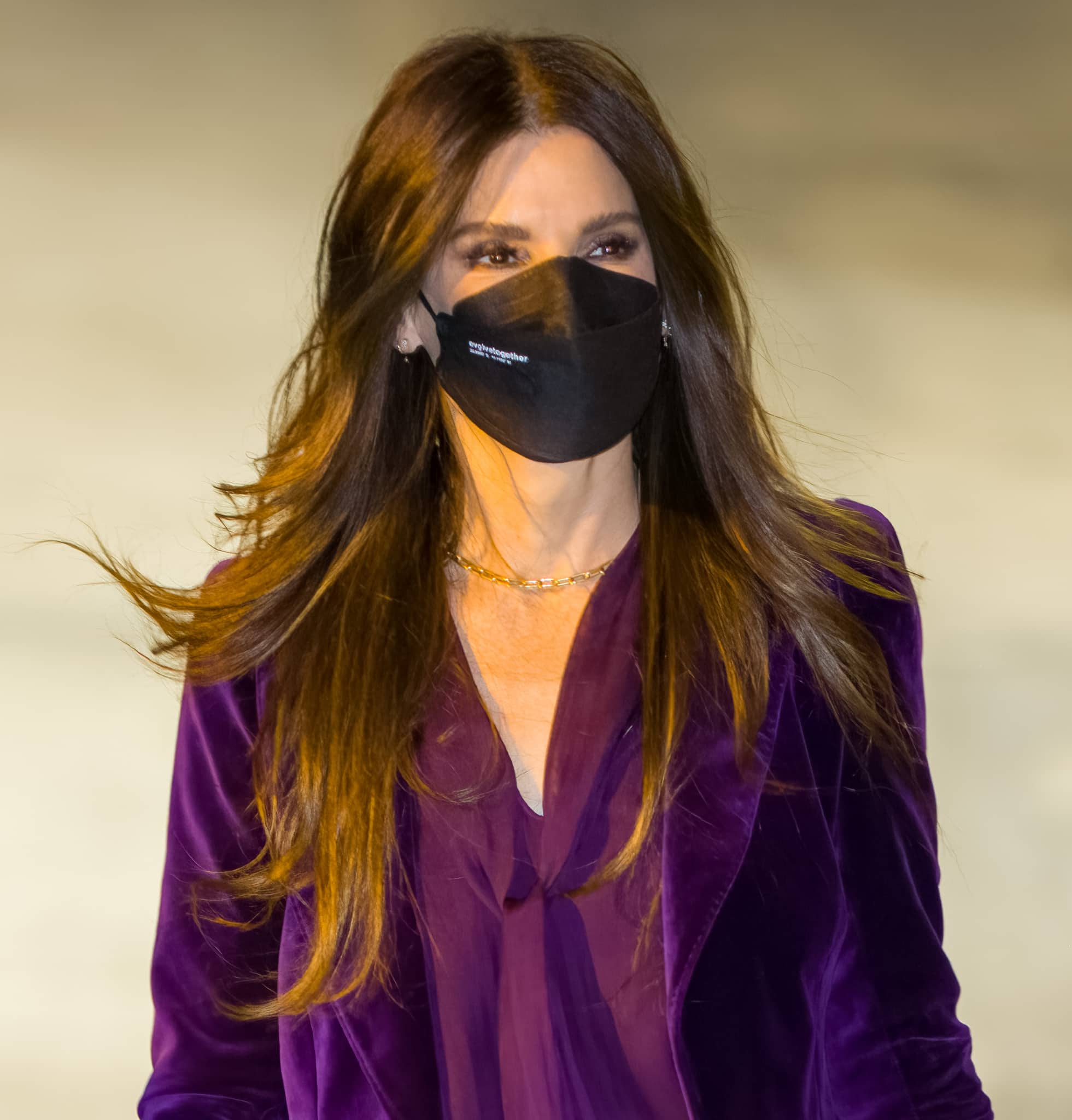 The Speed actress then wore her caramel tresses down in soft waves, framing her face that’s beautifully made-up with subtle smokey eyeshadow and soft blush.

Wearing minimal accessories, Sandra tied her look together with a gold chain necklace and a pair of gold peep-toe heels from Alexandre Birman. 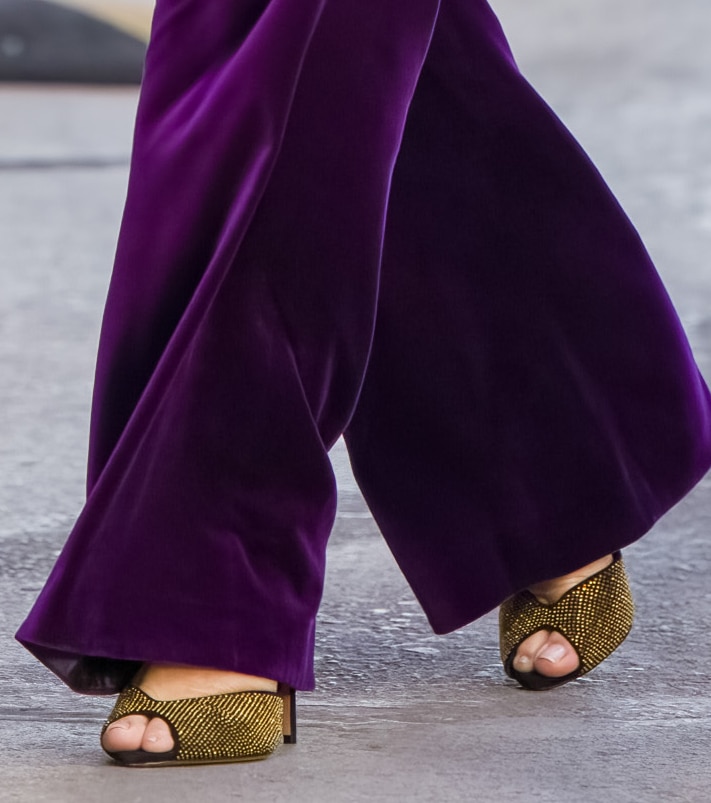 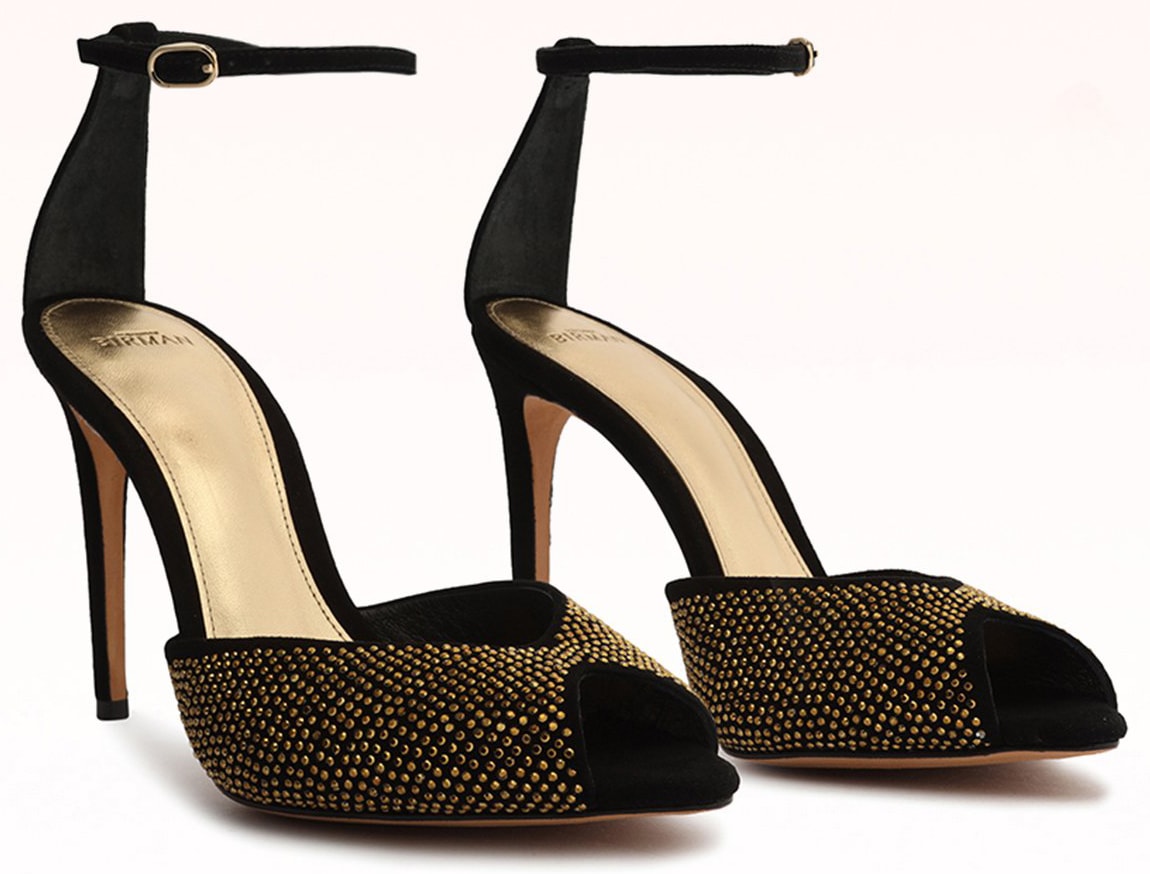 When Jimmy Kimmel told Sandra Bullock, “You do know there’s a big rumor that you were going to be in Spider-Man,” Sandra jokingly responded, “You know what? If that were a rumor that my son [who’s obsessed with Spider-Man] had heard, do you know how much I would get him to do in the house? I would be so successful in my requests.”

She continued, “Who did they say I was going to be? Like his grandmother or something?” The host then explained that she was rumored to play Madame Web, a paralyzed woman with psychic powers.

Sandra joked, “Why was I not hired for this? What happened to the talks?” “I think I would be amazing with the psychic-ness of things,” Sandra continued.

Jimmy then asked the actress if Marvel approached her about being in a movie, to which Sandra replied, “I don’t think I’m Marvel material.” “I’ve never been approached by Marvel.”

She revealed she was “approached for something that wasn’t Marvel,” but her son told her not to do it.

“It was kind of not in the place that Louis felt I should be… and he was actually right. I saw it when it came out, and I went, ‘Oh that’s unfortunate.’”