No matter how carefully you use and maintain your precious shoes, they’ll inevitably start to break sooner or later. This can come in many different forms – a worn-out shoelace, a rip on the shoe’s fabric, etc.

Perhaps the most devastating way to break your shoe, though, is to have the sole break apart from the shoe itself. You’ll never be able to wear them again unless they’re either repaired or replaced by a new pair.

Gorilla Glue, used here for precision in the seam of a busted soccer cleat, is an incredibly strong, versatile glue that is unaffected by temperature swings and water

Thankfully, though, shoe glue exists just to solve that problem. In just a few minutes, you can get your shoes in usable condition.

But there are tons of shoe glue brands out there, each with its own distinct formula – how do we know which one’s best for your shoes?

Well, today we’re here to answer that question by comparing two of the most popular glue brands – Shoe Goo and Gorilla Glue. You can purchase both on Amazon and Home Depot.

If you haven’t heard of Shoe Goo, it’s a famous industrial glue that’s made specifically for repairing shoes. They’re a top pick among a lot of buyers for their clear formula, which makes the substance nearly invisible once it’s dried.

This makes the glue perfect for pretty much any type of shoes, from suede and leather shoes to sneakers and boots. 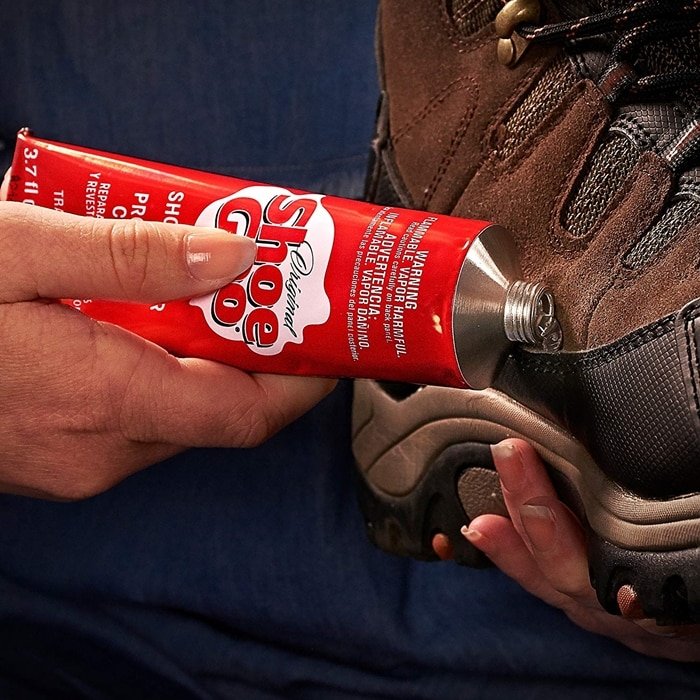 Shoe Goo shoe repair adhesive goes on and dries clear to be less noticeable, and it securely sticks worn heels and soles in place and even patches small holes

One great feature of Shoe Goo is that once it’s dried up, it remains a flexible substance, which means that it can take a little extra tension or force without breaking.

For those who love working on DIY projects, you’ve probably heard of (or even used) this product before. Gorilla Glue is just like Shoe Goo in the sense that it’s an industrial adhesive.

However, it sells itself as more of a general-purpose glue, as they claim that their formula “bonds virtually everything”.

The Gorilla Glue Company is based in Cincinnati, Ohio, and has been selling shoe glue and adhesive solutions since 1999

The glue is made up of a clear formula (just like Shoe Goo), but it’s also got some other tricks up its sleeve. Gorilla Glue is resistant to hot and cold temperatures and is resistant to water, too. This makes it perfect for bonding hard and tough substances together firmly.

So, Which Glue is Better for Repairing Shoes?

To answer this question, you first need to know the type of shoe you’re repairing, as well as the damaged areas. Both types of glue may get the job done, but their differences can prove to be better in certain situations.

For example, suppose your shoe’s sole has broken off. Since the sole isn’t always subject to direct tension on it, you may not need the extreme durability of Gorilla Glue.

In fact, flexible glue that can handle repeated use would probably be a better option instead. This makes Shoe Goo the better choice here. 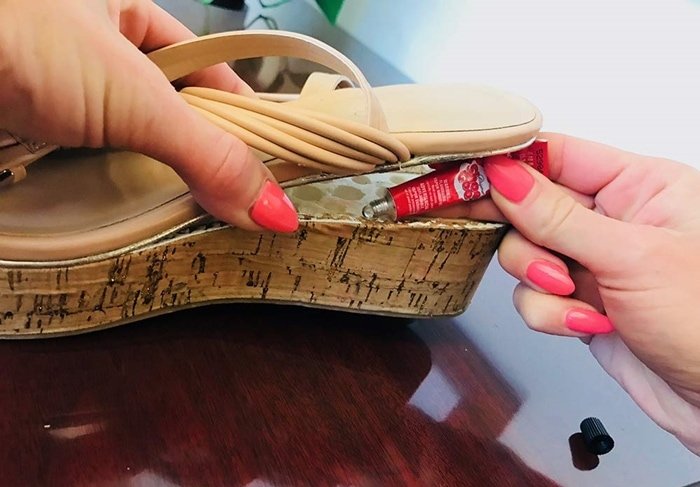 On the other hand, let’s say that you’re repairing a broken heel. Shoe Goo can definitely reattach the heel back, but since it’s flexible, there’s the possibility of the heel not being as firmly secured as you’d like. Heels are also typically made of hard substances. 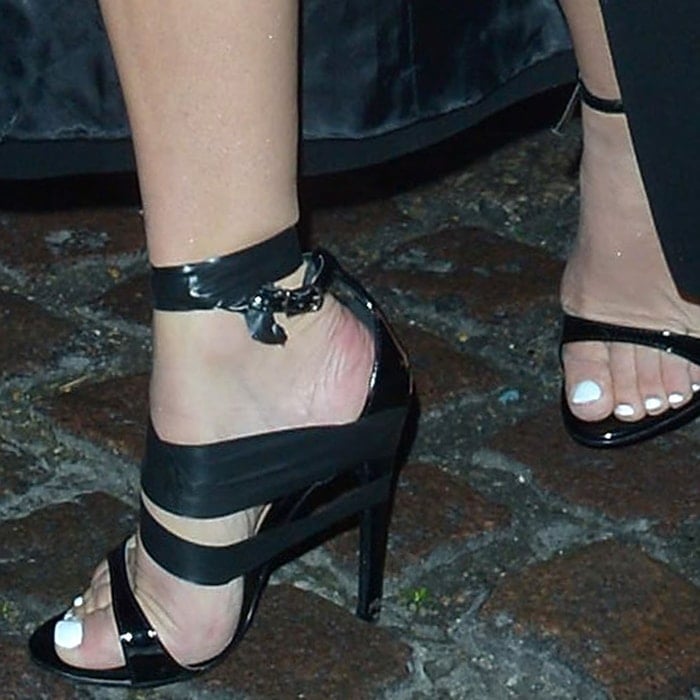 Caroline Flack had to use thick black electrical gaffer tape on her stiletto sandal after her footwear broke (Credit: WENN)

In this case, Gorilla Glue would be ideal, as not only does it bond hard material well, it also isn’t flexible, which means that you won’t have to worry about your heels feeling wobbly anytime soon.

While both Gorilla Glue and Shoe Goo offer the same results, they’re suited for different types of shoes. Shoe Goo is strong but flexible, while Gorilla Glue offers unparalleled bonding strength for rough and hard materials. 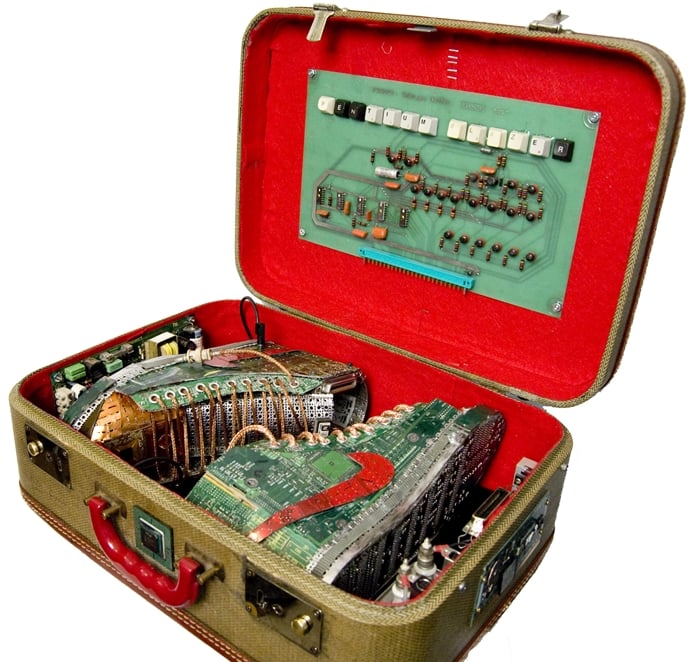 Artist Gabriel Dishaw fashioned replicas of his favorite trainers using discarded computer parts. He collected waste materials from old PCs and typewriters and spent three weeks bending and gluing the pieces together to make the fake Nike sneakers. His attention to detail was so accurate he even used parts of a circuit board to recreate the trainers’ tread

At the end of the day, you’ll need to use your own personal judgment to decide which type of glue is best suited for your broken shoes.

Don’t worry about it too much, though – no matter which glue you use, you’re guaranteed to get your pair of shoes ready for use in no time at all.