Black Widow may be over, but Scarlett Johansson is still not done with Marvel Studios. Kevin Feige, the president of Marvel Studios, announced at the American Cinematheque gala last week that Scarlett is working on a new secret project with them as a producer.

“We are already working with Scarlett on another non-Black Widow-related top-secret Marvel Studios project with her as a producer.”

Hitting the red carpet for the first time since tying the knot in October 2020 and welcoming their son Cosmo in August, Scarlett Johansson and her husband Colin Jost graced the 35th Annual American Cinematheque gala at the Beverly Hilton Hotel, where Scarlett was honored with the American Cinematheque award.

“Scarlett is one of the most talented, versatile, and beloved actors of our time. It has truly been a pleasure to work with someone of her caliber, from the epic training sessions preparing for the hallway fight in Iron Man 2 to the around-the-world press tour for Avengers: Endgame to partnering with you as a producer on Black Widow. Working with you, Scarlett, has truly been one of the most memorable and rewarding collaborations of my career,” Kevin Faige said of the Girl with a Pearl Earring actress. 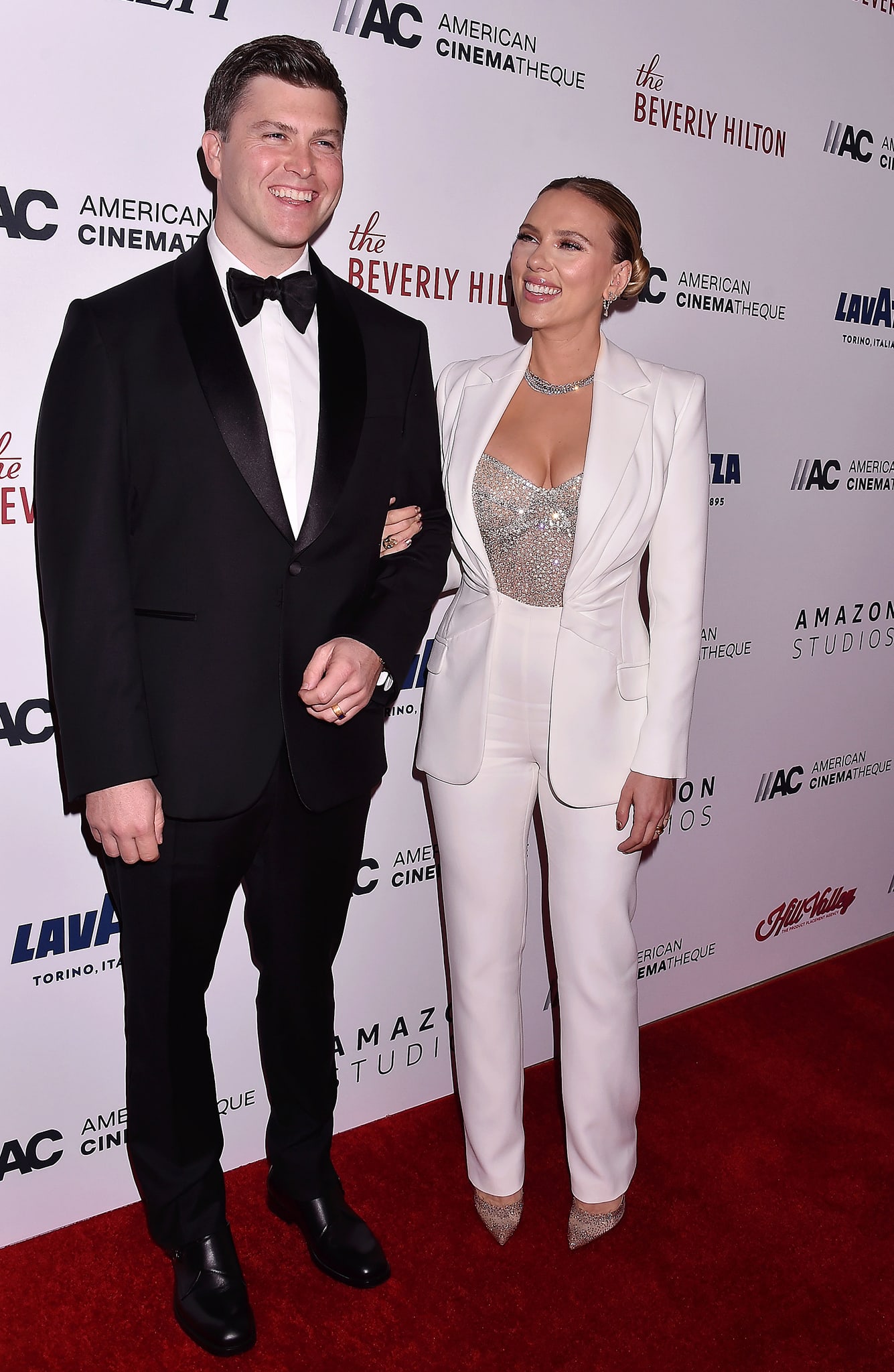 Linking arms, the SNL head writer was elegant in a black tuxedo, while the Black Widow actress looked business-chic in a custom Versace white suit.

Composed of a fitted jacket and a pair of matching cinched trousers, the pristine white number highlighted the actress’ famous curves.

The jacket features front pleats and a sexy back cutout design that revealed her climbing rose vine and lamb back tattoos. 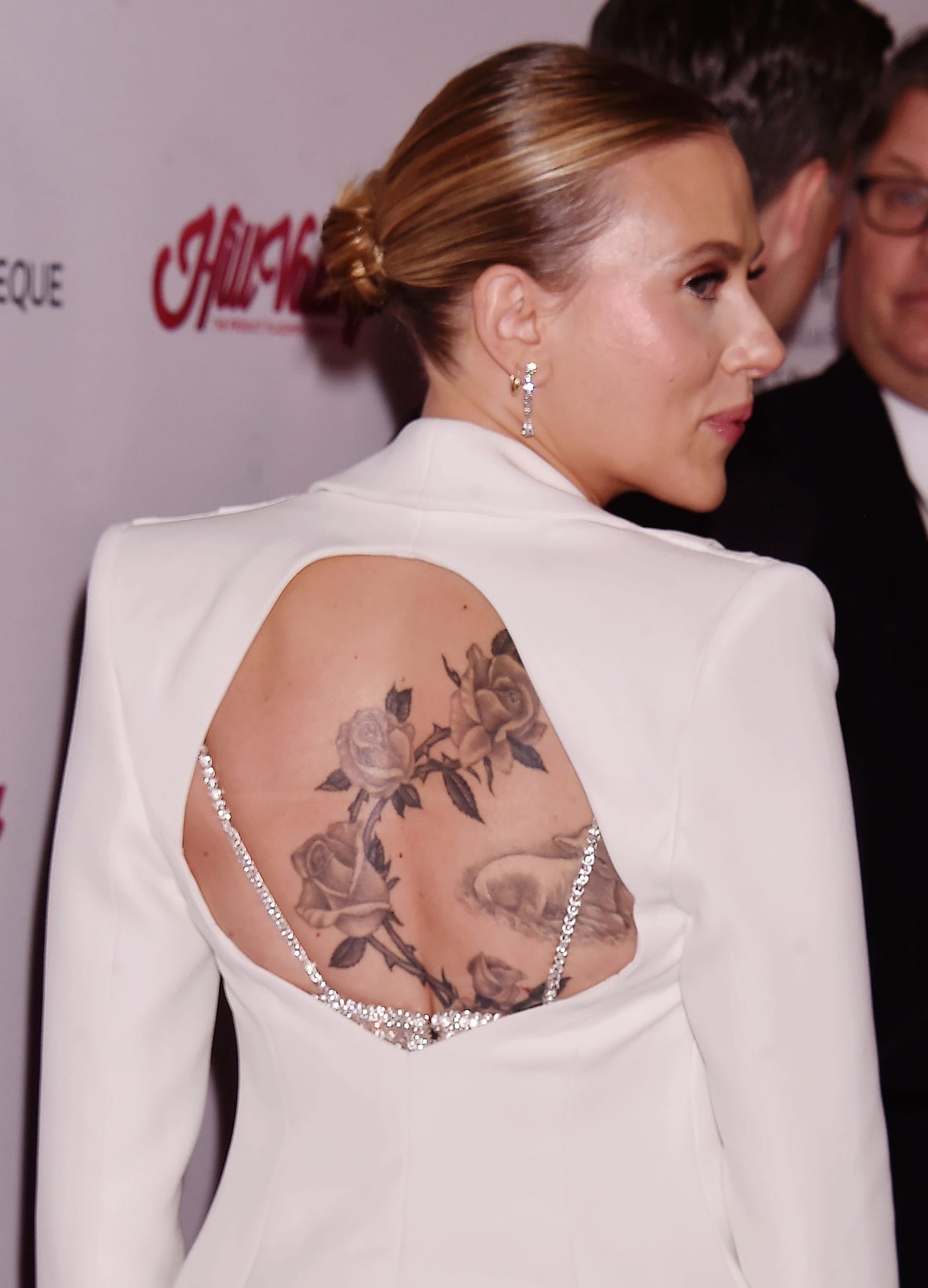 Scarlett Johansson’s custom Versace suit has a back cutout that reveals her climbing rose vine and lamb back tattoos (Credit: Mega / WENN)

Underneath her suit, the Ghost World actress wore a sparkly rhinestone-embellished bustier that put her ample cleavage on display.

Ryan Reynolds’ ex-wife complemented her outfit with a pair of Gianvito Rossi “Rania” pumps that are also sparkling with Swarovksi crystal embellishments. 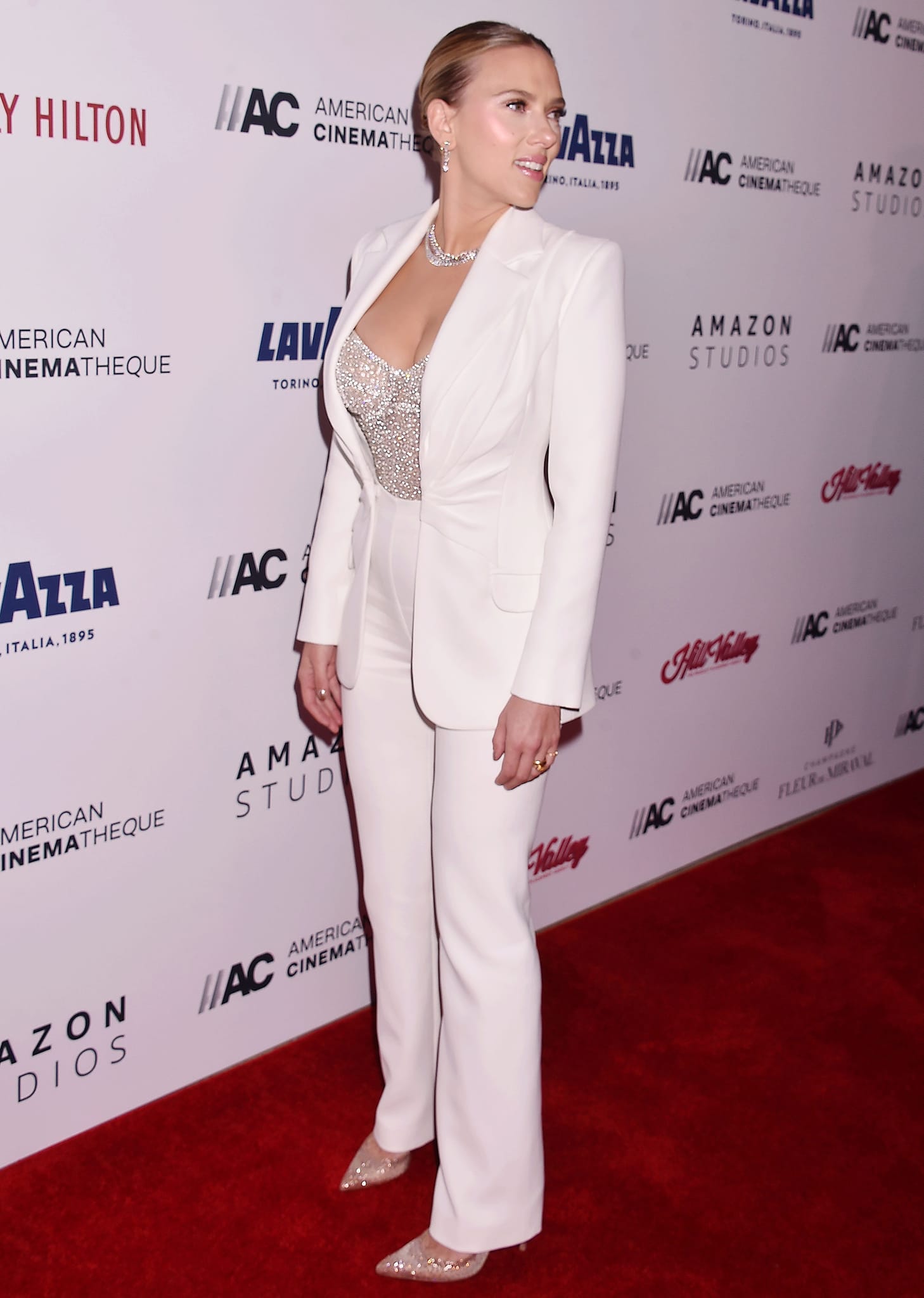 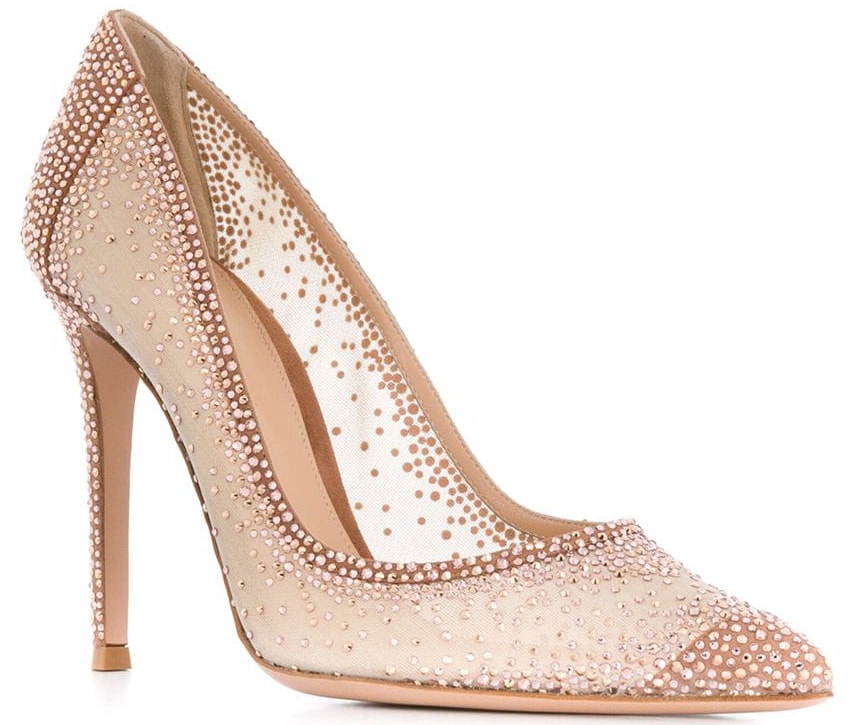 For her beauty look, the Marriage Story star pulled her tresses back into a center-parted tight bun and wore shimmering smokey eye-makeup with mascara and pink lip gloss.

The event also marked Scarlett’s first public appearance since she filed a lawsuit against Disney over Black Widow profits in July.

Speaking to Variety at the ceremony, Scarlett said: “Going through the Disney lawsuit, when you’re doing something that feels like it’s not been done before, and it feels like it’s uncharted territory, it’s a little… terrifying.”

“You have a lot of doubt, but at the same time, I felt like I was standing up for what was right, and now, no one will ever have to deal with that again. So that makes me feel like it was worth it for sure,” she added.

Why Did Scarlett Johansson Sue Disney?

In July, Scarlett took legal action against Disney over breach of contract after the company simultaneously released her latest Marvel movie, Black Widow, in theaters and on its streaming service, Disney+.

The actress claimed that Disney’s Marvel Entertainment guaranteed an exclusive theatrical release, with a large part of her earnings tied to the film’s box office performance.

“Disney intentionally induced Marvel’s breach of the Agreement, without justification, in order to prevent Ms. Johansson from realizing the full benefit of her bargain with Marvel.” 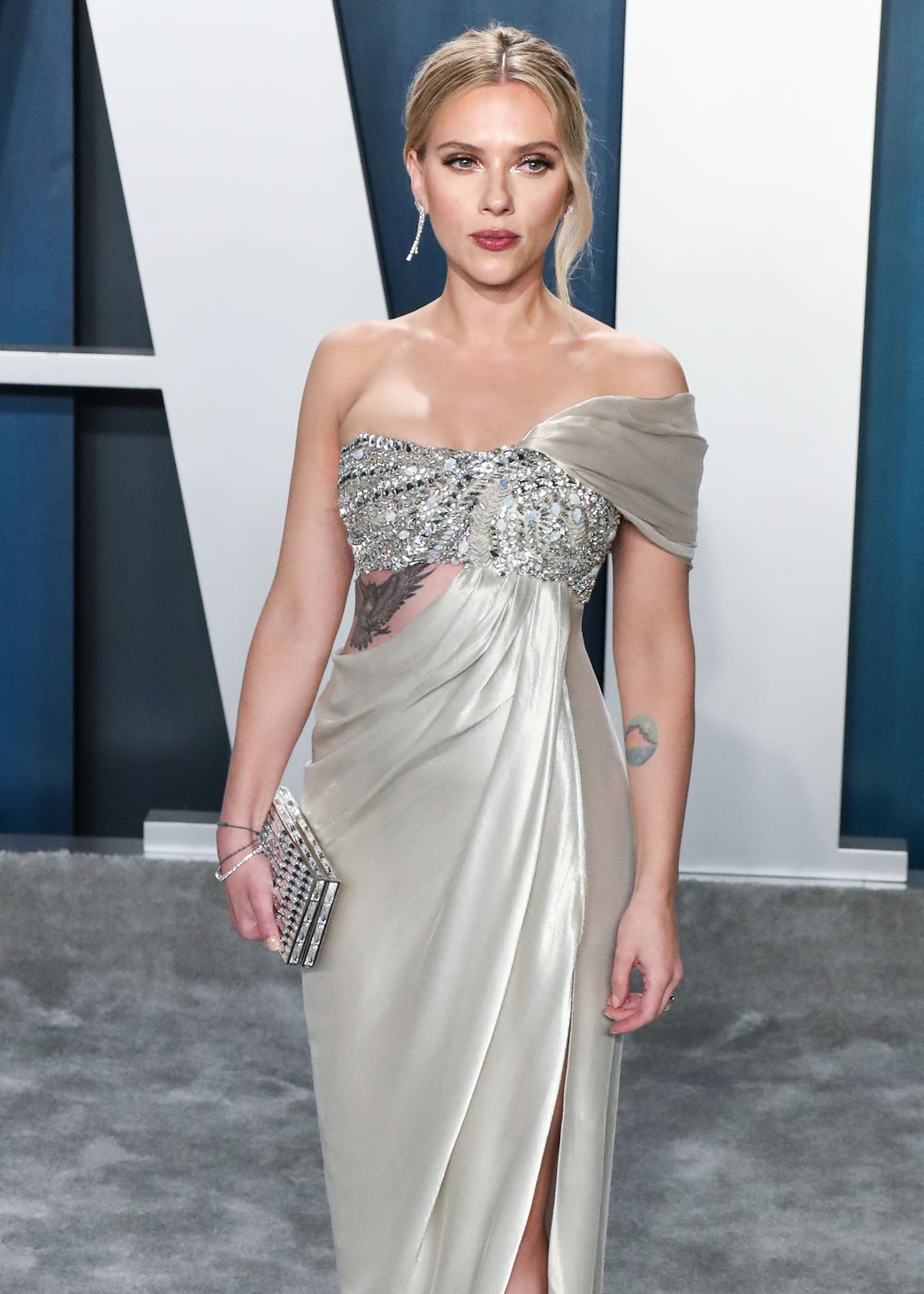 Disney argued that Scarlett has already received $20 million for the film.

“Disney has fully complied with Ms. Johansson’s contract and furthermore, the release of Black Widow on Disney+ with Premier Access has significantly enhanced her ability to earn additional compensation on top of the $20M she has received to date.”

The terms were not disclosed, but as per Deadline, Disney will pay Scarlet more than $40 million as part of the settlement. Instead of receiving a single lump sum, however, the actress will be compensated in multiple payments. 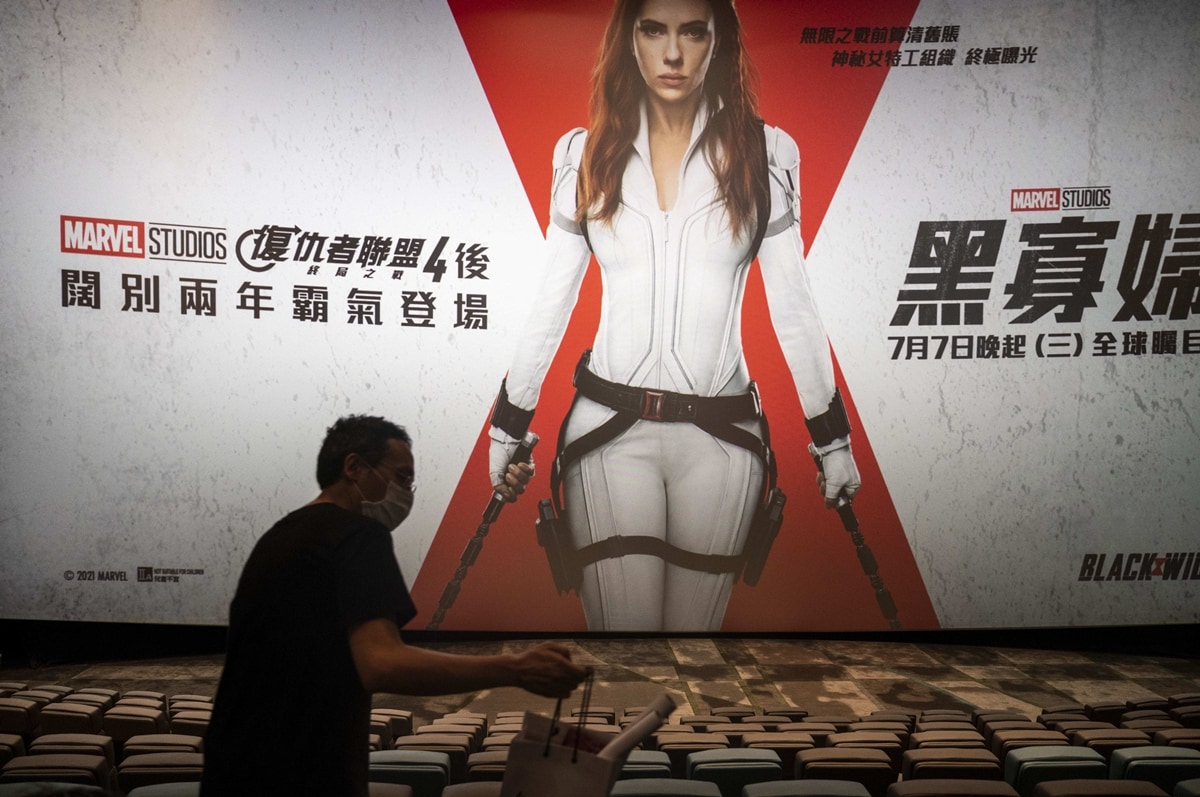 Movie banner for the screening of Black Widow, played by Scarlett Johansson, at a movie theater in Hong Kong (Credit: MEGA / WENN)

“I am happy to have resolved our differences with Disney. I’m incredibly proud of the work we’ve done together over the years and have greatly enjoyed my creative relationship with the team. I look forward to continuing our collaboration in years to come,” Scarlett said in a statement.

Alan Bergman, chairman of Disney Studios Content said: “I’m very pleased that we have been able to come to a mutual agreement with Scarlett.”

“We appreciate her contributions to the Marvel Cinematic Universe and look forward to working together on a number of upcoming projects, including Disney’s Tower of Terror.”