Baby2Baby’s longtime supporter and board member Jessica Alba joined in the celebration of the charity organization’s 10th anniversary held at the Pacific Design Center in Hollywood early this month.

The 40-year-old actress dropped jaws in a black asymmetrical gown while posing on the black carpet with her husband of 13 years, Cash Warren, who looked dapper in a black Ralph Lauren tuxedo with a bow tie and a white shirt.

Styled by Ariella Masjedi, the Fantastic Four star oozed elegance in a floor-length gown from English fashion designer Stella McCartney, which is now on sale for $1,099.99 from $2,750 at Saks Fifth Avenue. 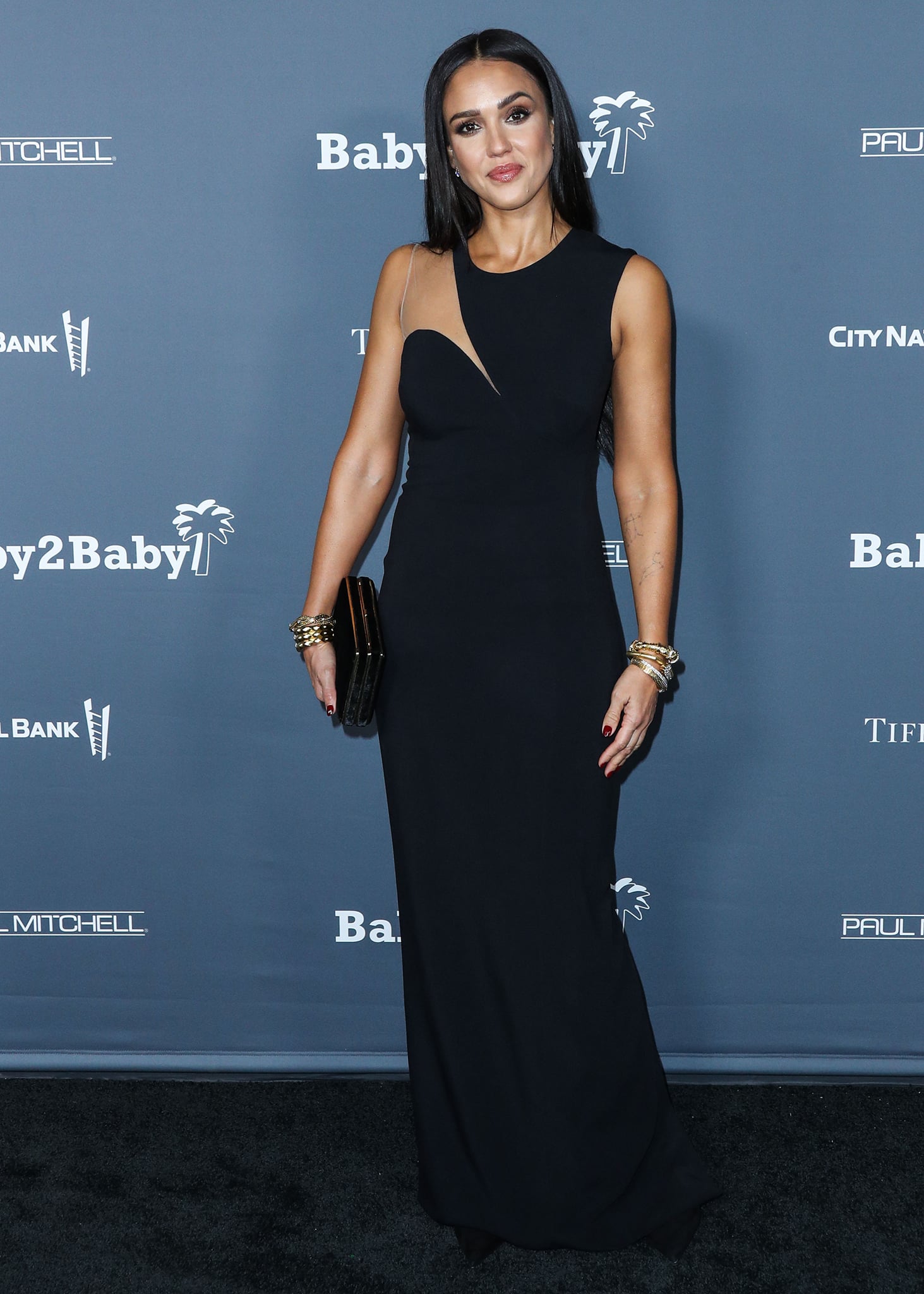 Adding a hint of boho glam to the look, The Honest Company co-founder accessorized with gold and diamond bangles from David Webb.

She also wore a pair of Neil Lane earrings and a statement ring, carried a black velvet compact clutch from Hunting Season NYC, and completed her outfit with Jimmy Choo pumps.

Hairstylist Brittney Ryan styled her tresses sleek straight with a center parting and a 22-inch seamless clip-in from Hidden Crown. 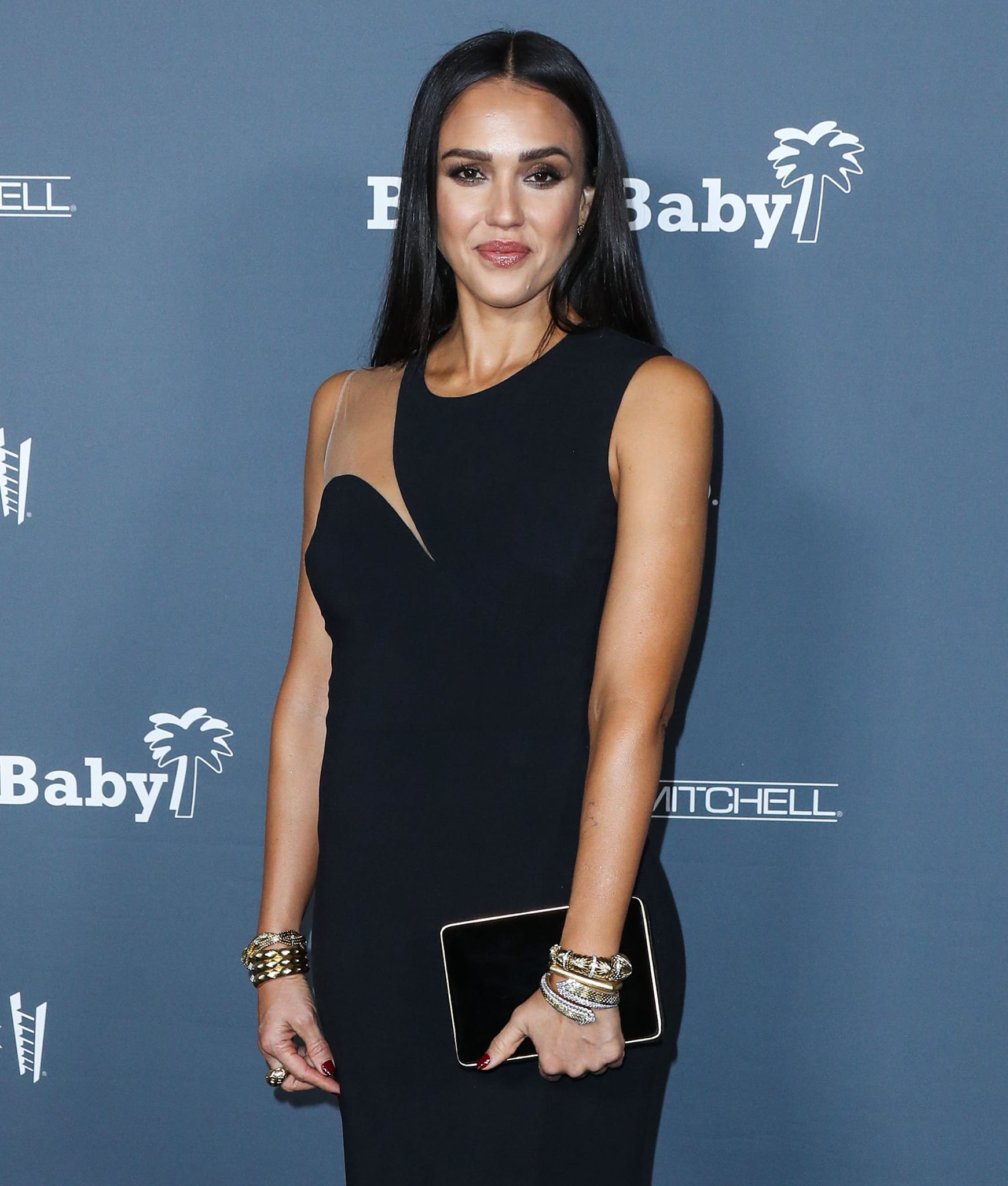 Last month, The Honest Company announced its plan to donate 10 million products to Baby2Baby by the end of 2022 in support of its mission to provide children living in poverty with basic necessities like diapers and clothing.

Since partnering with Baby2Baby in 2012, The Honest Company has donated more than 26 million products to the organization. 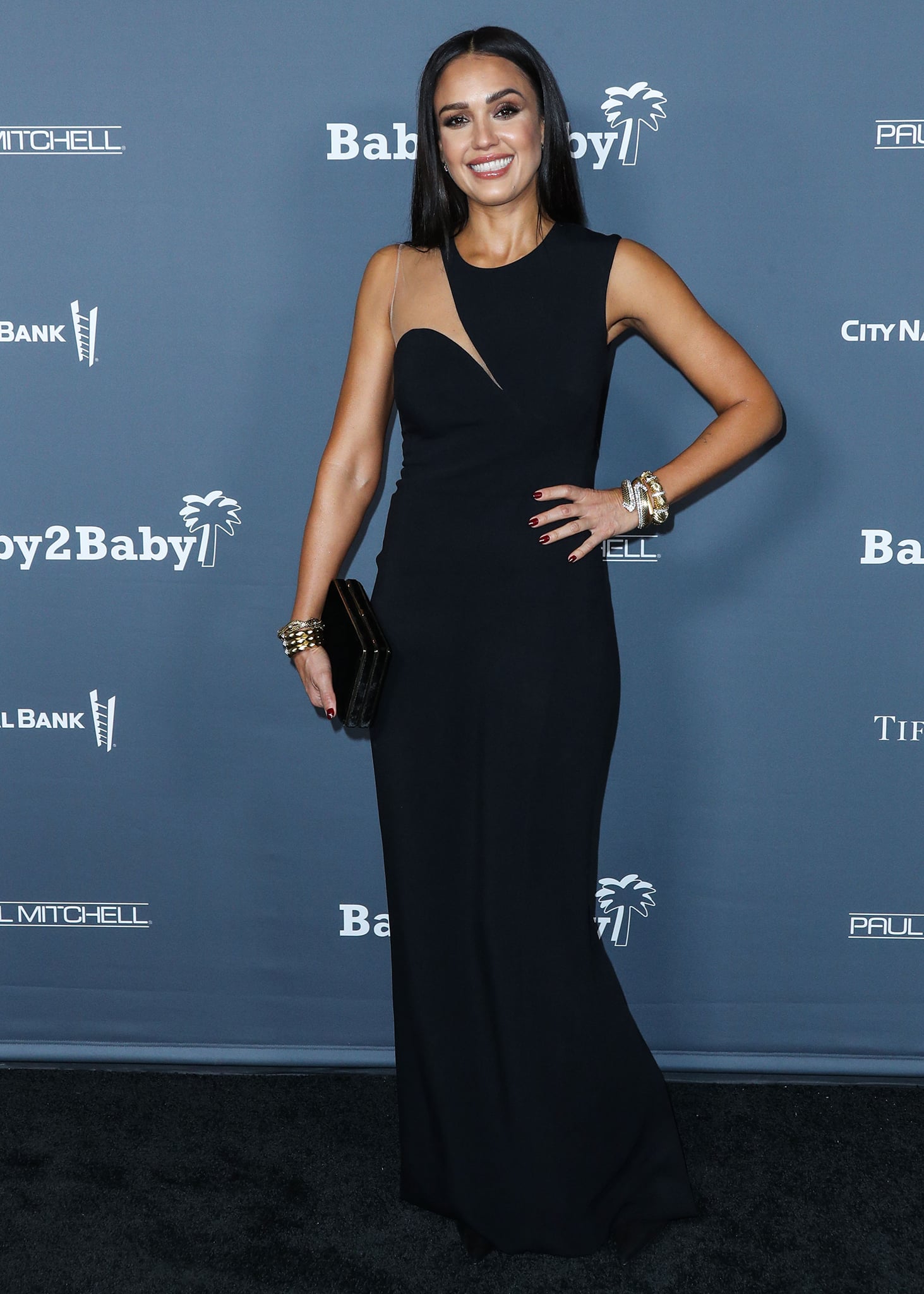 Jessica Alba on Going to Therapy with Daughter Honor

At the event, Jessica Alba spoke to ET about the importance of prioritizing mental health.

“I grew up in a family where it’s still not totally accepted. And I think the more we break down those walls, and make it, you know, easy for people to understand and accept that it’s just about you showing up for your family members or for yourself in a different way, and trying to be better. Be better tomorrow than you were today, you know?” 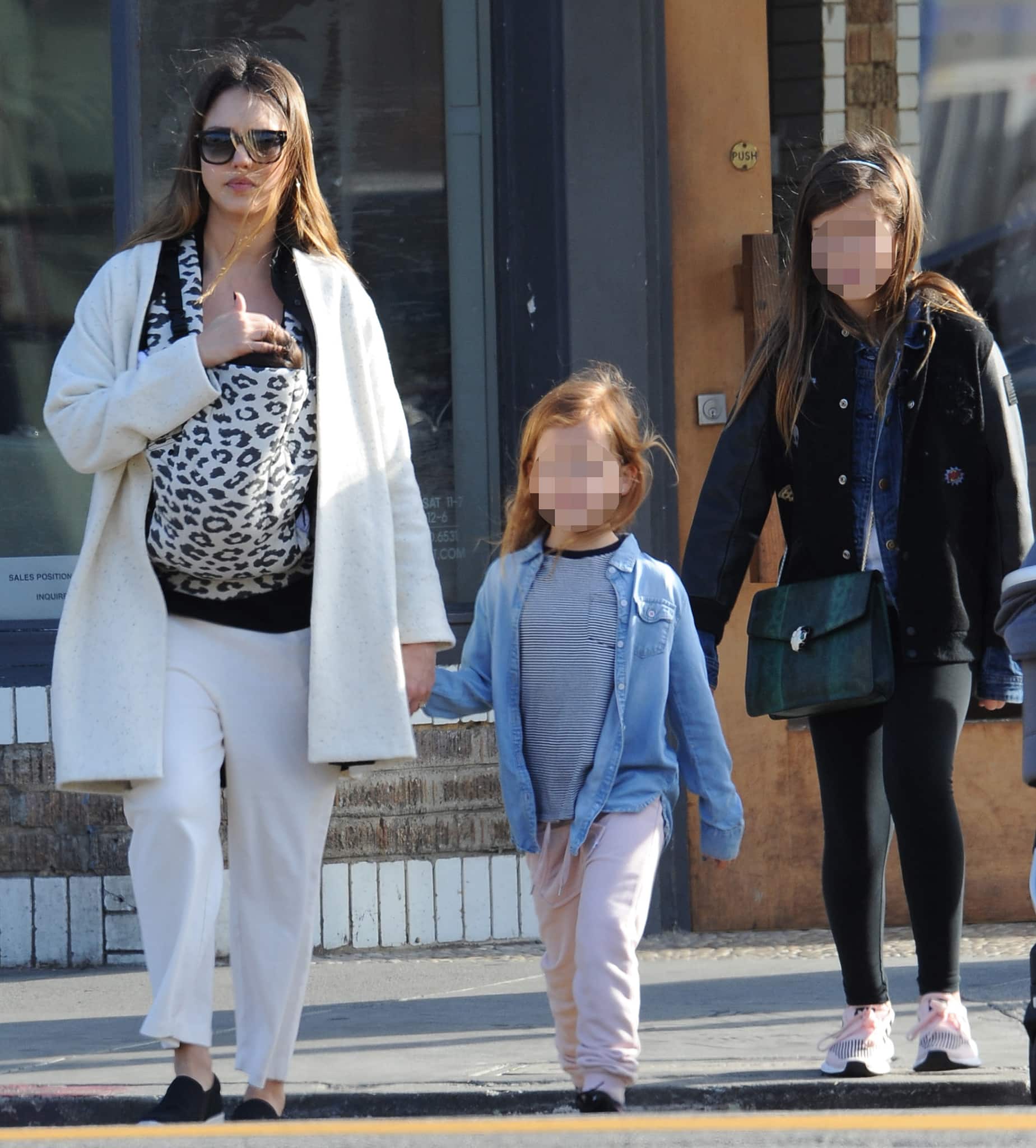 In her appearance on Katherine Schwarzenegger’s Instagram series Before, During & After Baby last summer, the Honey star opened up about attending therapy sessions with her eldest daughter, Honor, two years ago to improve their relationship and communication.

“Like my 13-year-old, I’m struggling with not treating her like a little [kid]. I want to treat them all like babies. I want to baby them. Still, my tendency is to parent them as if they are little,” Jessica told Katherine.

She explained: “I felt like my relationship really suffered from my parents because they didn’t know how to communicate with me and how I needed to be parented. So I didn’t want that breakdown with Honor so we went to therapy together.”

She said Honor “felt empowered to find her voice” through their therapy sessions and added that she can “speak her voice and own her opinions in a way and really gain confidence to say, ‘Hey, mom, I like this, I don’t like this.’”

Explaining why she revealed going to therapy with Honor, Jessica told People: “I think just trying to destigmatize what that is. It really is, ‘How can I show up as a mom for my kids and be the best parent for her?’ There really isn’t one sort of recipe that works across the board. I just wanted to be able to show up for her.”