You may know the Gates family from Bill Gates’s successful company, Microsoft, and his philanthropic endeavors through the Bill & Melinda Gates Foundation, which he founded in 2000 with his wife Melinda French Gates.

While many wealthy families allow their children to live extravagant lifestyles, that is not how it works in the Gates family.

Bill Gates, age 66, and Melinda Gates, age 57, decided during their marriage that they want their children to make their own money.

Melinda and Bill Gates, pictured in 2010, want their three children to earn their own money (Credit: WENN)

So, how will the Gates fortune be distributed? While some of that is known, much is still a guess at this time.

With Bill and Melinda’s mega divorce settlement still under wraps, there is no telling how the final billion-dollar or two will shake out between the now estranged couple and their heirs.

Jennifer Katharine, 25 years old, is the oldest child. She was born in Bellevue, Washington on April 26th, 1996. 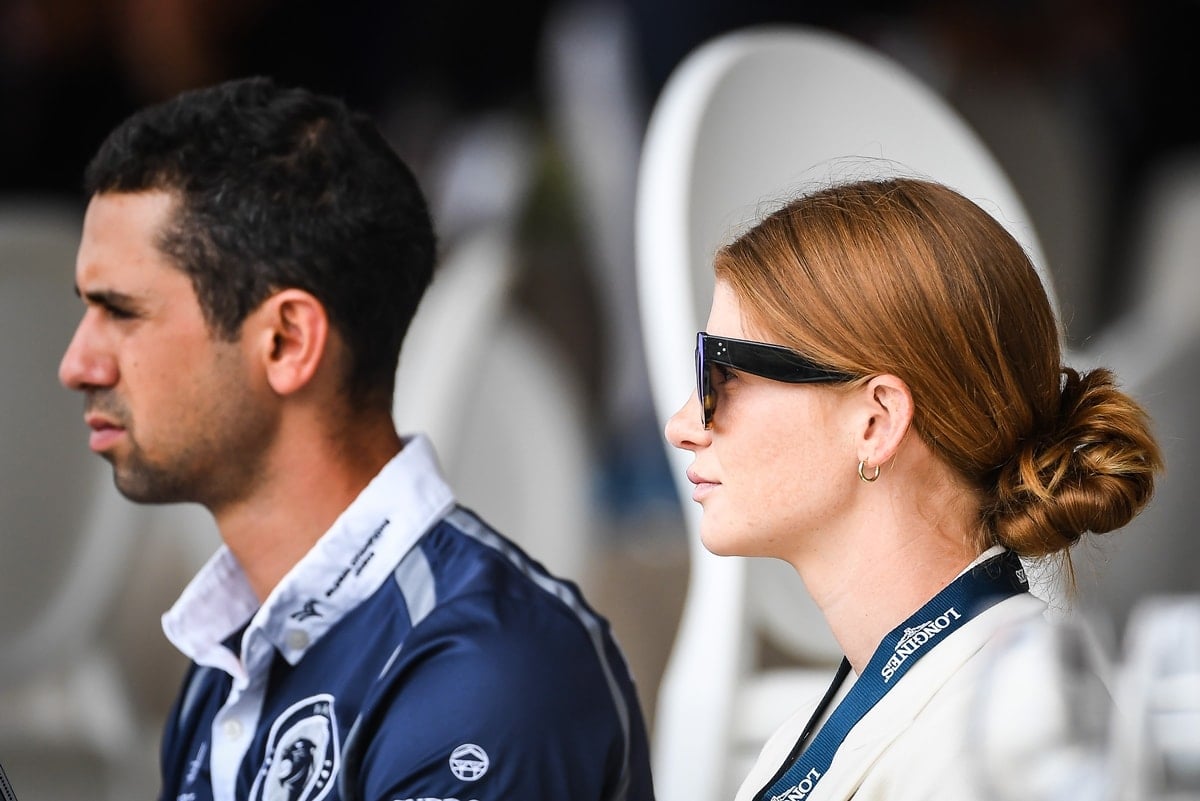 She was born on September 14th, 2002. All three children followed in their father’s high school footsteps and attended his alma mater, Lakeside High School, a private school in Seattle with annual tuition fees of around $40,000.

Jennifer went on to study human biology and graduated from Stanford University as a pre-medical student. Instead of pursuing the more traditional past of medical school post-graduation, Jennifer pursued her passion for horse riding. 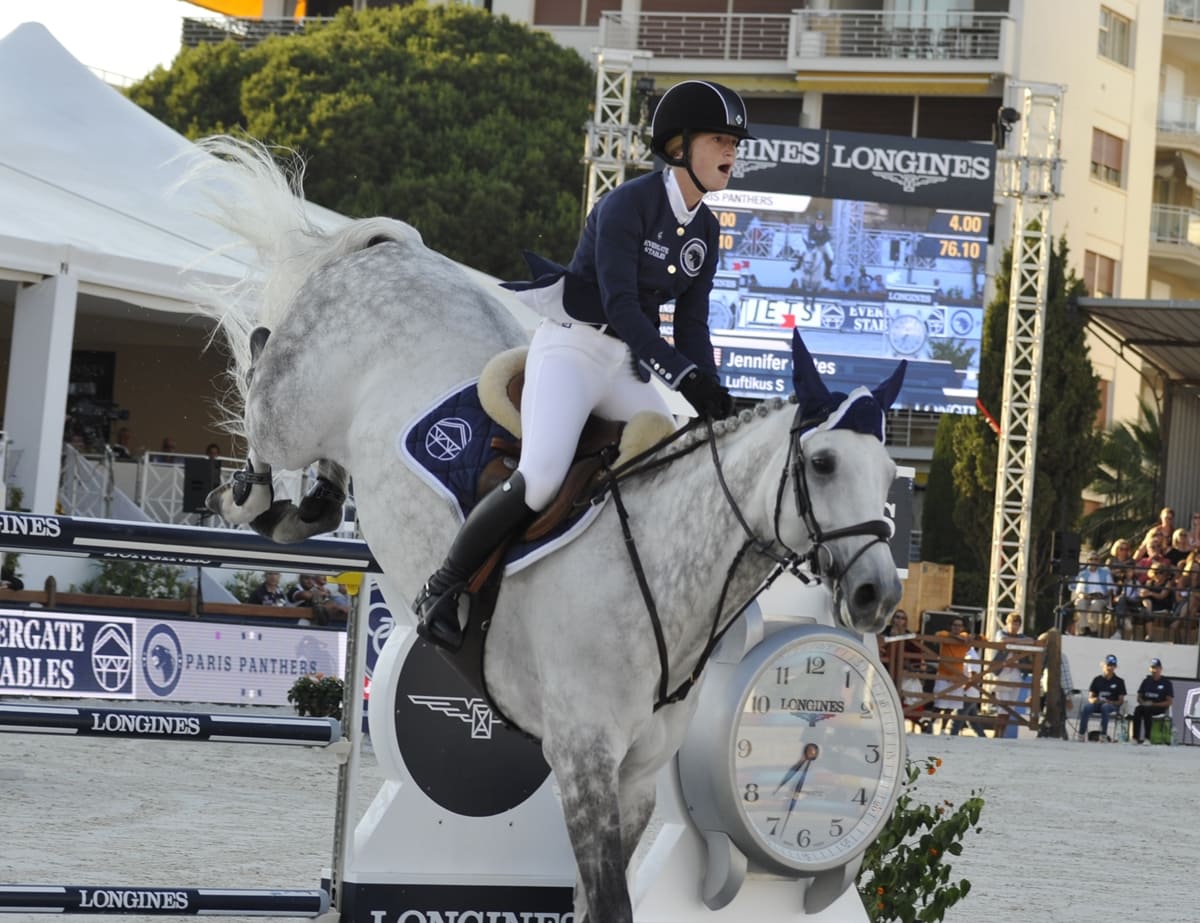 She has been riding horses since she was just 6 years old, even winning awards throughout her career. To this day, she competes as a professional equestrian.

The eldest child of Bill and Melinda Gates has not had a profession outside of her equestrianism. She is currently a third-year MD candidate at the Icahn School of Medicine Mount Sinai in New York City.

As Jennifer’s father, Bill, continued to watch her passion for horses grow, he decided to purchase her an 18-acre, $37 million property, in Wellington, Florida. This property allows her to ride horses year-round.

The property did not exist as a single entity before Bill Gates’ purchases. In 2013, he purchased the first piece of property for $8.7 million. Since March of 2016, he spent an additional $28 million to buy each of the properties of his five neighbors. 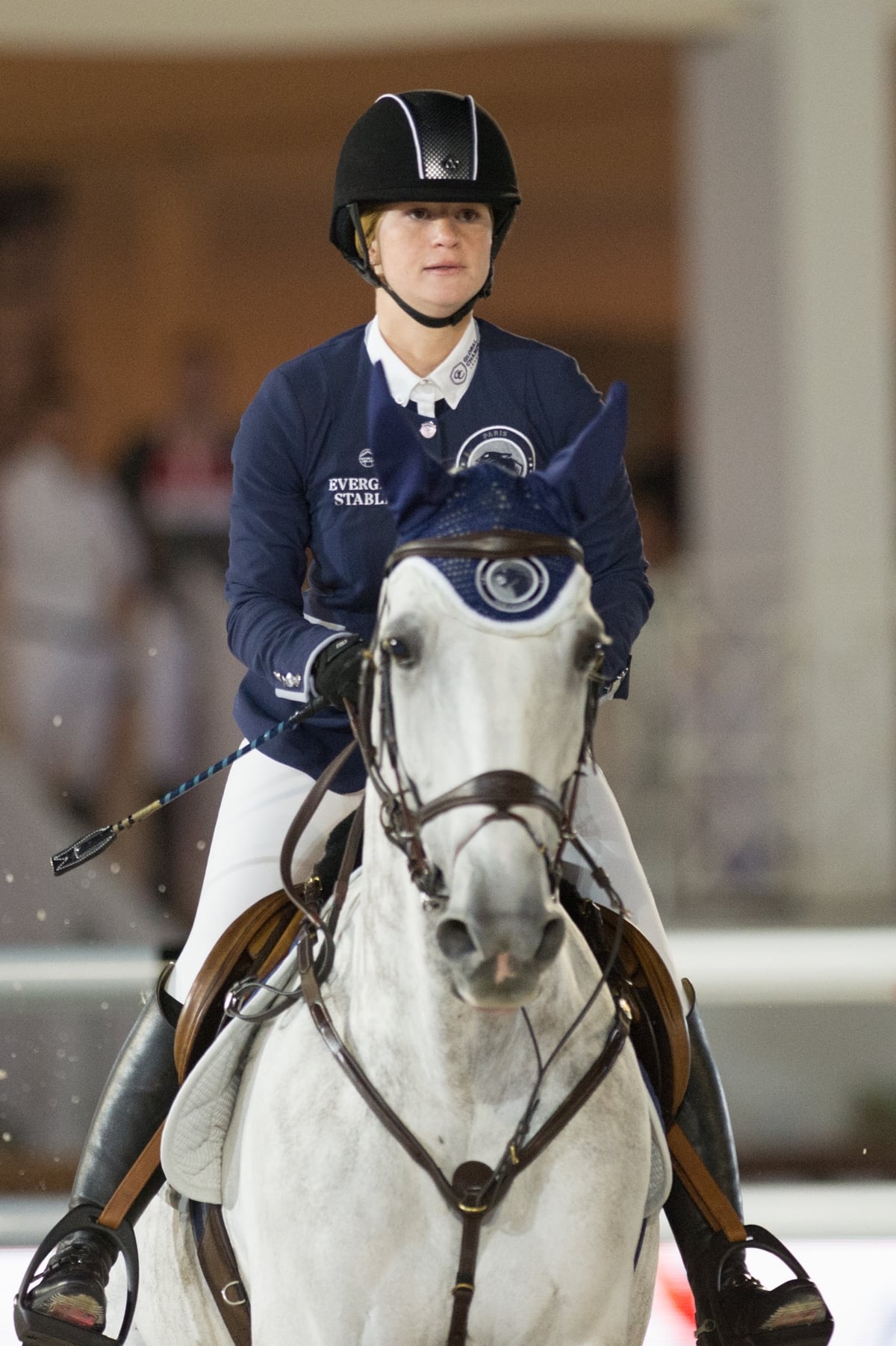 Jennifer Katharine Gates reportedly received a $15.82 million horse farm in the Westchester town of North Salem from her parents as a graduation gift (Credit: WENN)

According to the Daily Mail, two of the properties bought in 2016 have horse barns and houses on them, and three of the lots are empty. It is reported that Gates paid two to three times what these properties were appraised for.

Through these acquisitions, Gates bought an entire street for his daughter, which includes a private equestrian enclave in the town of Wellington.

Why did the Gates buy property in this part of Florida? The Winter Equestrian Festival, a world-class competition for show jumping, is held annually in January through April just a few minutes away from their home.

The Gates family is not the only wealthy family to compete in horse riding or Show Jumping, as it is known.

Despite their birth into a billionaire family, the upbringings of the Gates children have been what the family and others describe as “normal.”

Bill Gates has publicly shared, for years, that most of the family’s $124 billion fortune will go to charity, and not their three children. He has indicated that each child will get $10 million each, no more and no less. 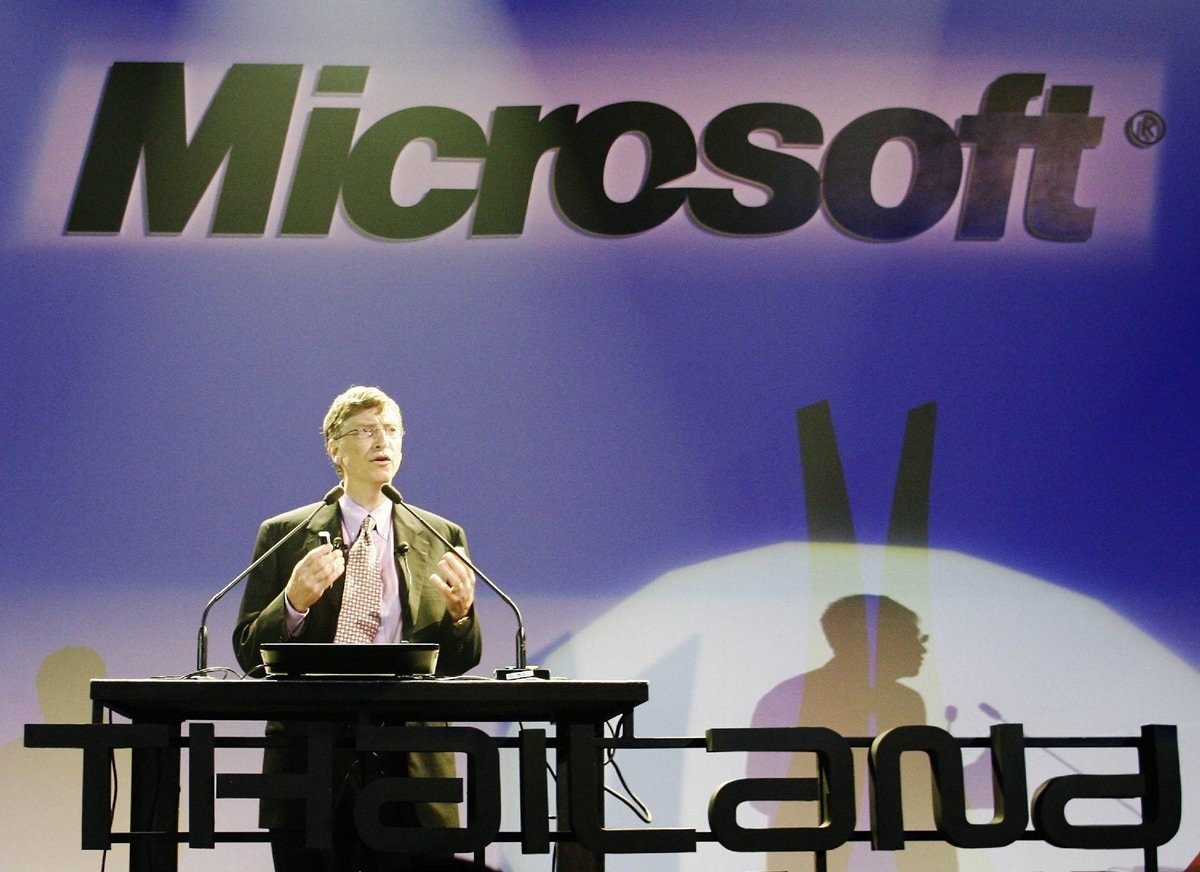 Bill once said, “I definitely think leaving kids massive amounts of money is not a favor to them. Some people disagree with this but Melinda and I feel good about it.”

But as it turns out, Melinda might not feel that good about it, and the Gates children may end up getting much more than the previously stated $10 million in their inheritance. 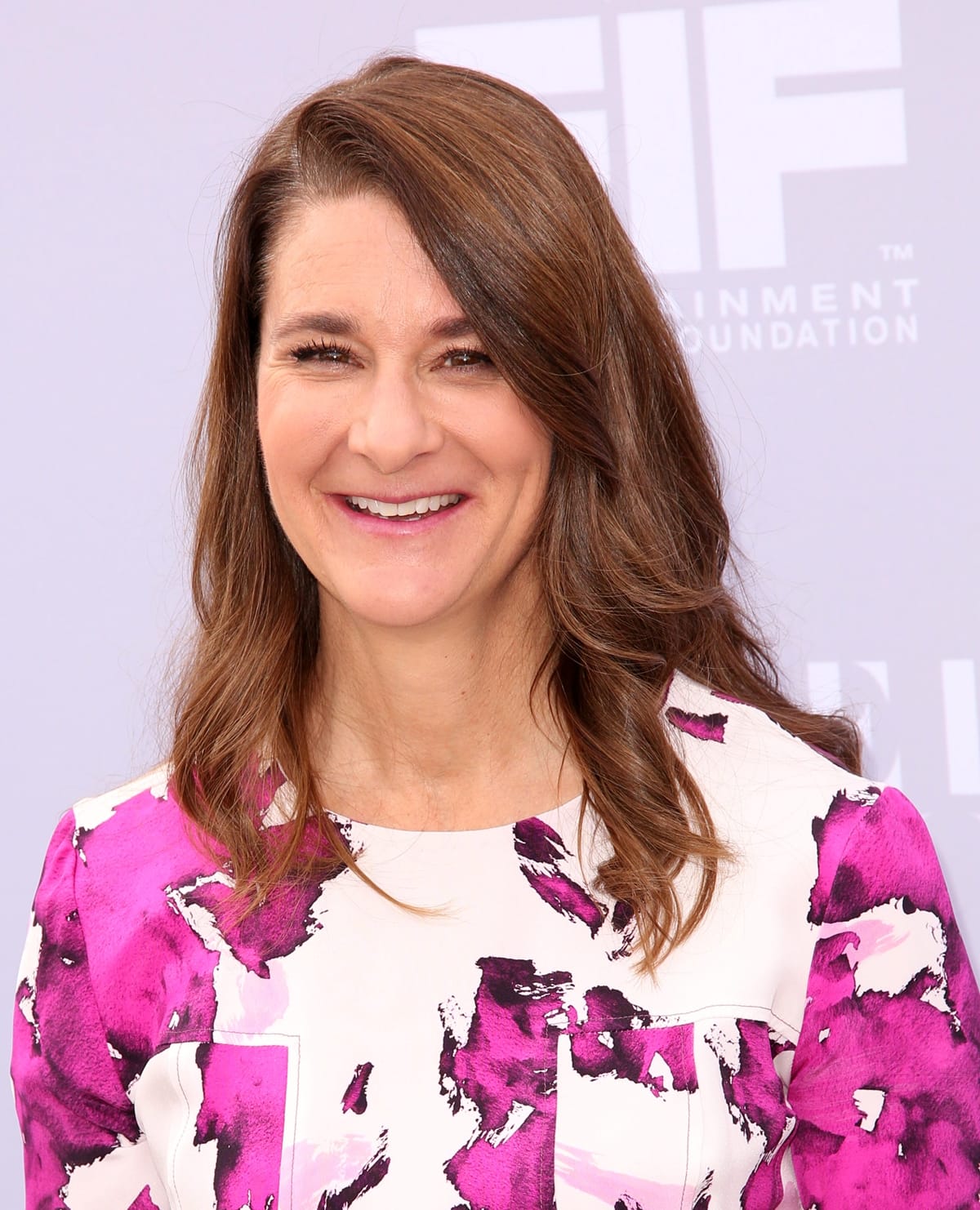 It has been reported Melinda Gates wants to increase her three children’s inheritance from the $10 million previously agreed upon (Credit: Brian To / WENN)

Due to the recent separation and divorce, there are clues in Melinda’s divorce filings, identified by “divorce experts,” that she is working to change the inheritance of her three children.

Melinda hired top trust and estate lawyers as her representatives in the divorce, which is why these experts started drawing their own conclusions.

Bill’s main reason for wanting a smaller inheritance for his children was that he didn’t want his kids to be lazy.

He explained in a TED talk, “We want to strike a balance where they have the freedom to do anything but not a lot of money showered on them so they could go out and do nothing.” Only time will tell how this works out with the structure of the shared estate up-in-the-air at the moment.

As of 2021, Bill Gates is estimated to have a net worth of over $124 billion. A net worth only bested by 3 others in the world.

Today, Melinda French Gates’ net worth is listed at just $6.2 billion, but that, along with Bill Gates’ spot as 4th richest man in the world, is bound to change as the divorce proceedings finalize.

It is clear that charity and giving back have always been important to the Gates family. 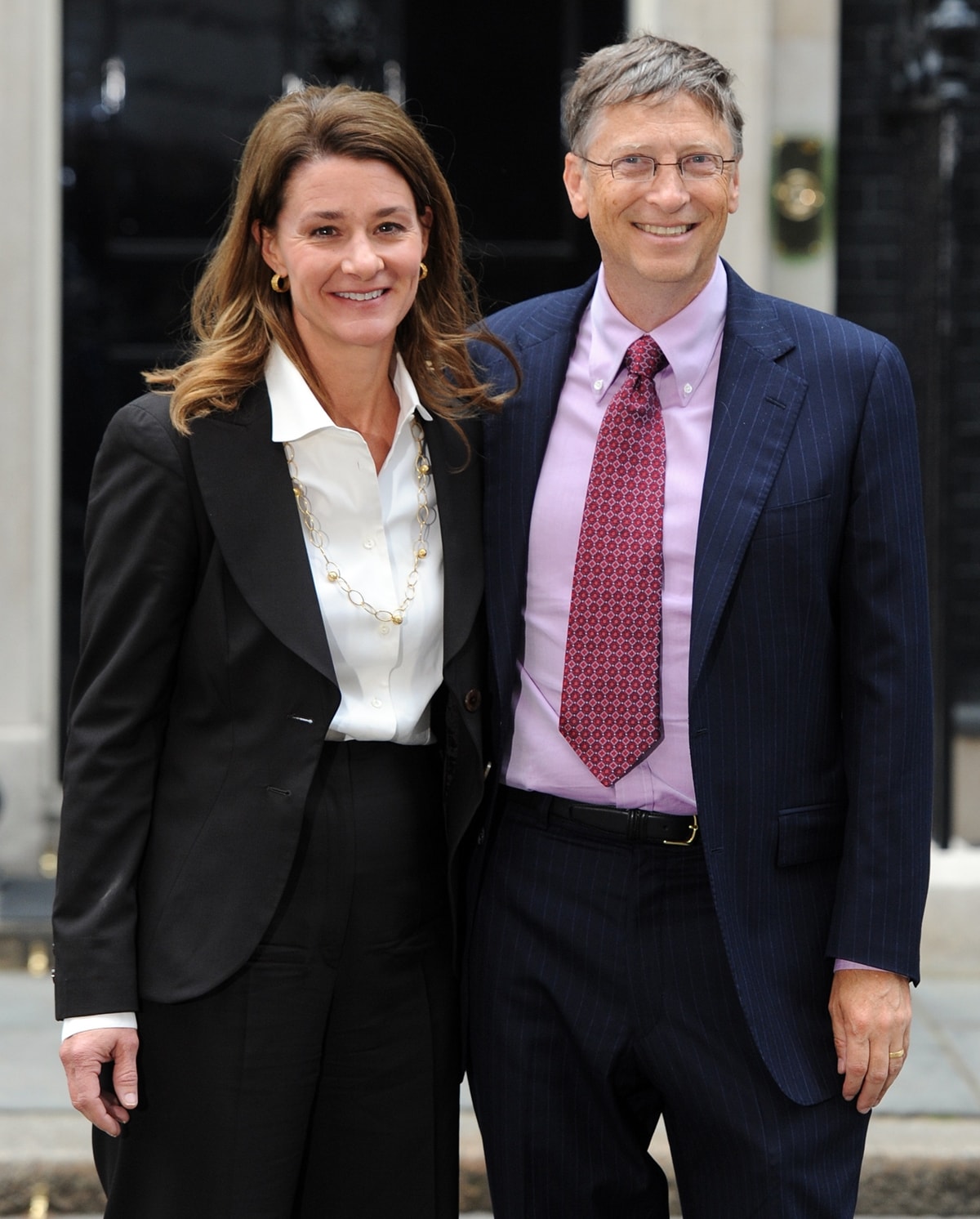 “It’s not fair that we have so much wealth when billions of others have so little,” Melinda explained in one of the couples’ annual letters.

Along with their friend Warren Buffet, the CEO of Berkshire Hathaway, worth over $103 billion, Melinda and Bill Gates started The Giving Pledge. They founded this in August of 2010 when 40 of the wealthiest Americans joined together to commit the majority of their wealth to address some of the most pressing problems in society.

This philanthropy goes hand-in-hand with why the Gates children will not be given the majority of Bill and Melinda’s wealth because it is already pledged in a philanthropic effort that the Gates started years ago.

Bill Gates shared, “This [The Giving Pledge] is about building on a wonderful tradition of philanthropy that will ultimately help the world become a much better place.” 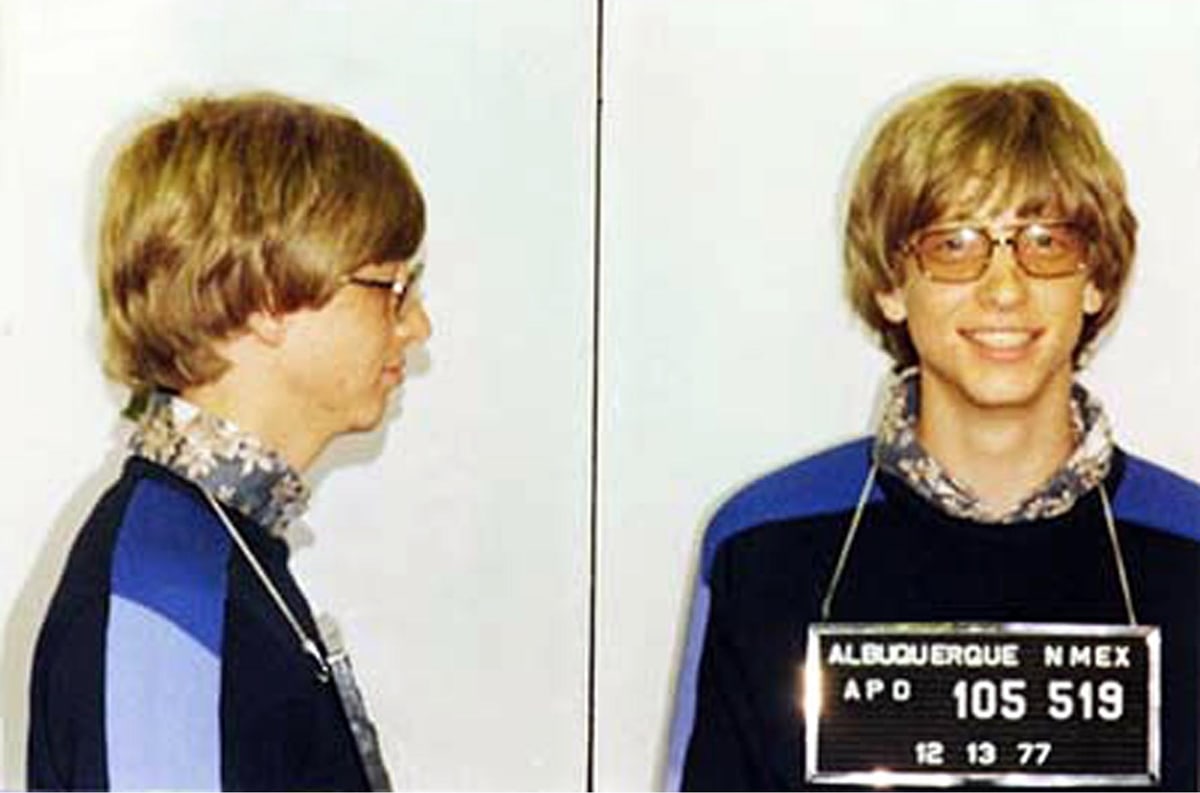 The pledge started just in the United States, but in February of 2013, it went global, with signatories from Germany, India, Russia, Australia, and more countries. Today there are over 200 people who have signed the philanthropic pledge.

In May of 2021, Melinda and Bill Gates announced their divorce and that they would remain co-chairs of their foundation. Bill transferred over $2 billion worth of stock to Melinda around the same time as their divorce announcement.

Jennifer Gates recently married her long-time boyfriend, Nayel Nassar. Nayel is Egyptian and was born in Chicago, but spent his childhood in Kuwait. He is fluent in French, Arabic, and English. Nayel lives in California, where he too, competes as a professional equestrian. He represents Egypt in the sport.

He even competed at his first Olympic Games this past summer in Tokyo for Team Egypt. The couple has shared that their love for the sport is what initially bonded them when they met and became friends in 2017.

He doesn’t just share his love for horse riding with Jennifer. He also attended Stanford, like Jennifer, where he studied economics. Nayel is also a businessman who owns Nassar Stables LLC based in Encinitas, California.

Encinitas is in the north county of San Diego. He founded the company in 2014 after he graduated. He also recently started another company, an app called Jumpr, that is used for showing jumping statistics and results.

In January of 2020, Jennifer announced her engagement via Instagram. Nayel proposed to Jennifer “on her favorite ski run,” according to Vogue Magazine.

Their wedding’s main ceremony was on Saturday, October 16th, 2021 at their Westchester County, New York farm. The property is better known as Evergate Stables. It was purchased for Jennifer through a trust for almost $16 million back in 2018.

The groom wore a classic Armani tux. Jennifer changed into a second gown for the tented reception. This one was also by Very Wang Haute.

The young couple’s recent wedding was a beautiful event for their friends and family. Their future is looking very bright.