The Nike Dunk Low always seems to pull out the stops at the beginning of the year. The “Street Hawker,” Strangeloves, and Travis Scott collab all kicked off their respective years, effectively setting the tone for the months thereafter. And if the recently unveiled Dunk Low “Barber Shop” sample ends up actually making it to retail, then we can expect much of the same in 2022.

Despite thematically calling for it, faux hair makes no appearance along the shoe. Instead, the smooth leather base is dyed a deep black, its heel etched atop with a pattern commonly used among more artistic barbers. And along this panel’s edge, the piping flaunts the signature red, white, and blue stripes, honoring the trade much like the old-fashioned clippers that accessorize the vamp. Light blue additions, then, brighten up the colorway by way of the lining, Swoosh, and tread, while red touches up the aglets and Nike branding.

For a closer look at this sample, see below. While it’s unconfirmed whether we’ll be seeing a release, there are rumors of a 2022 launch.

In case you missed it, the Yeezy Boost 700 Faded Azure is releasing this weekend. 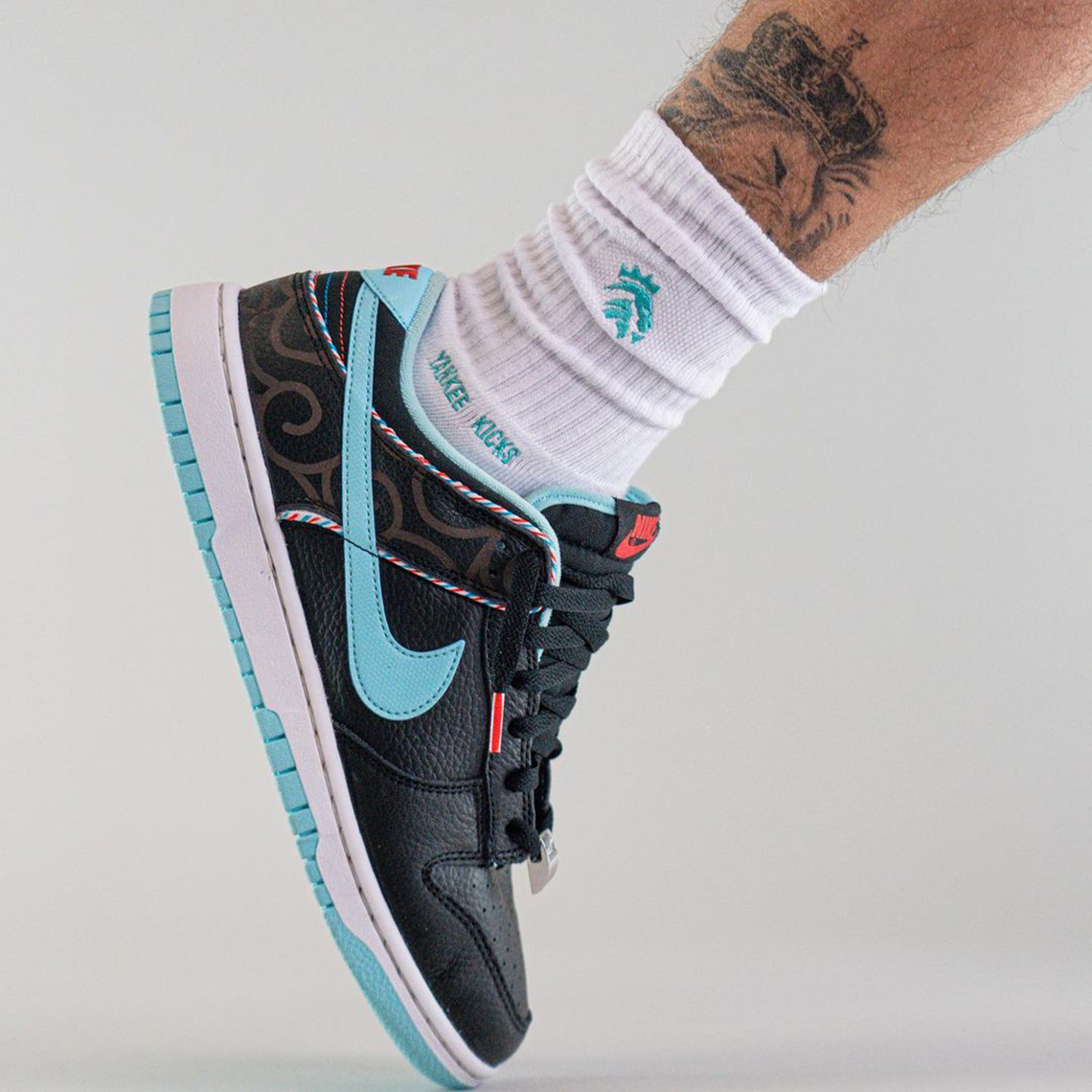 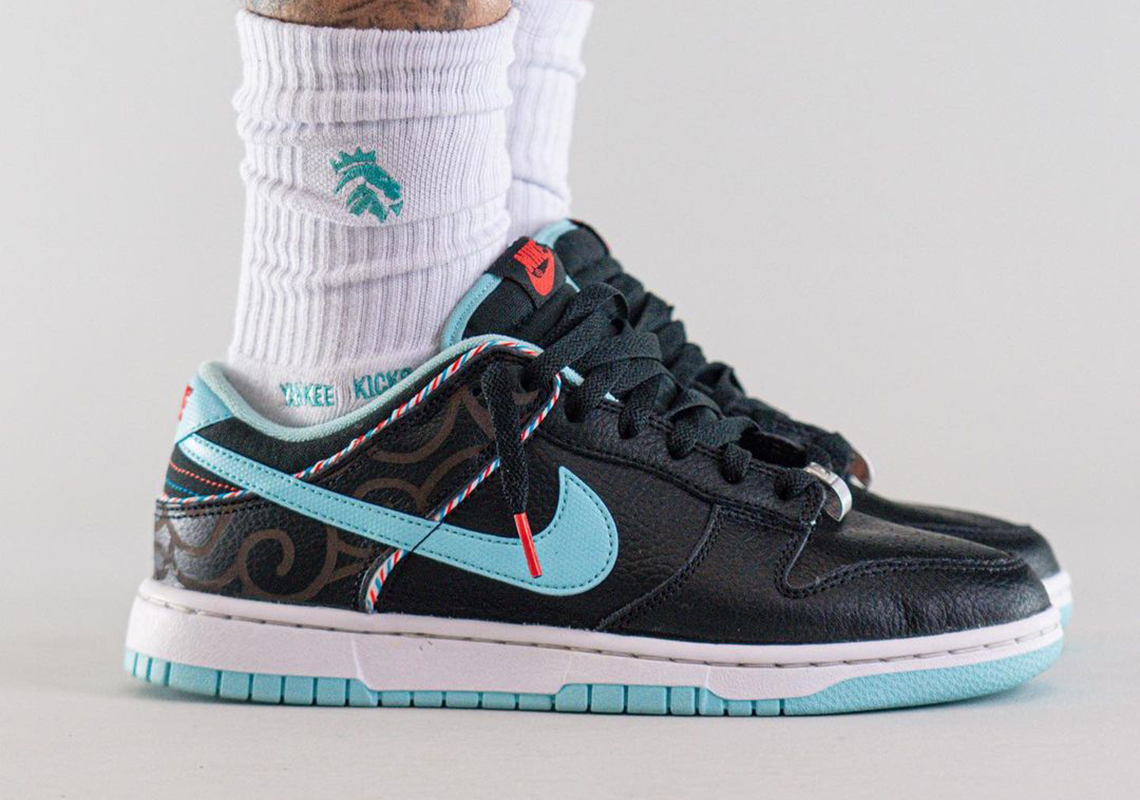 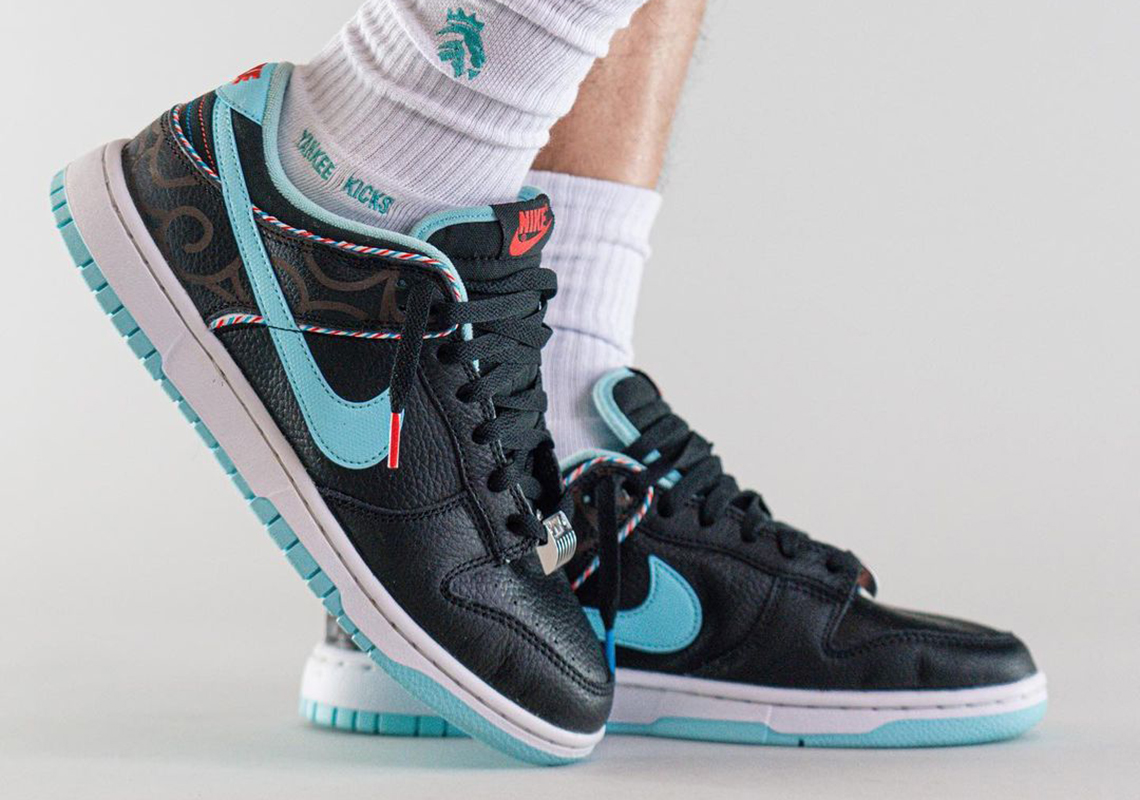 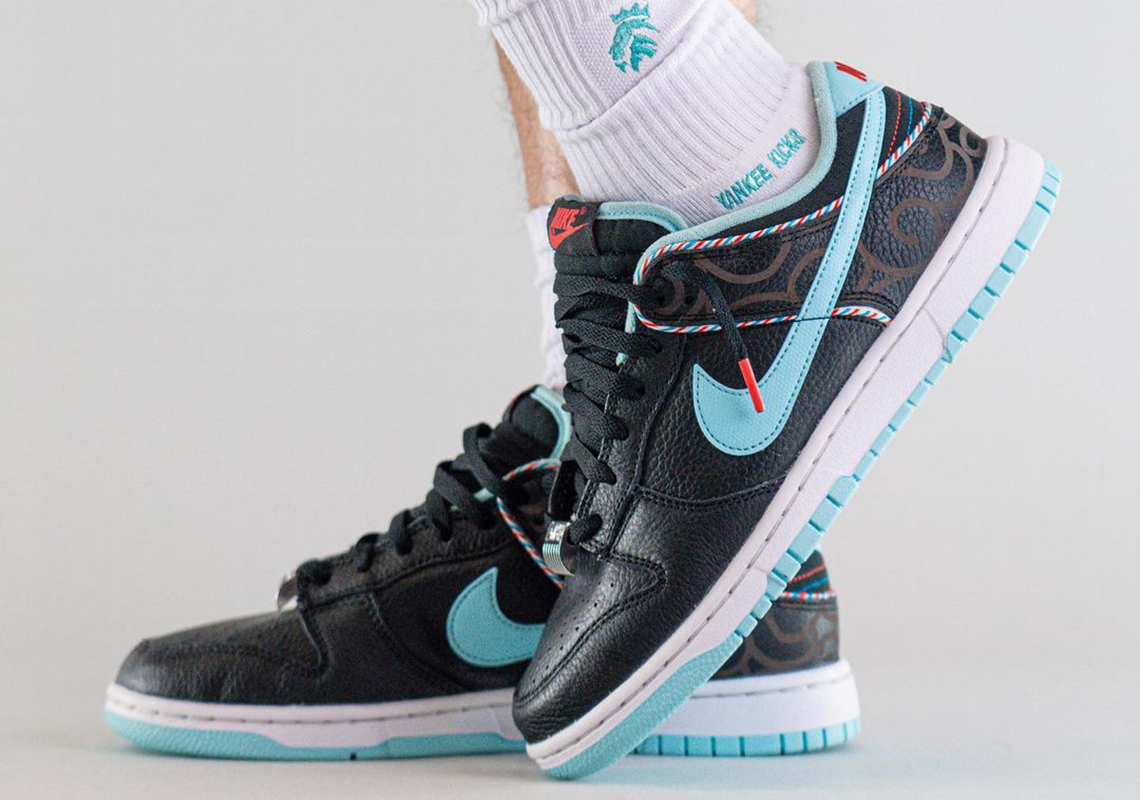 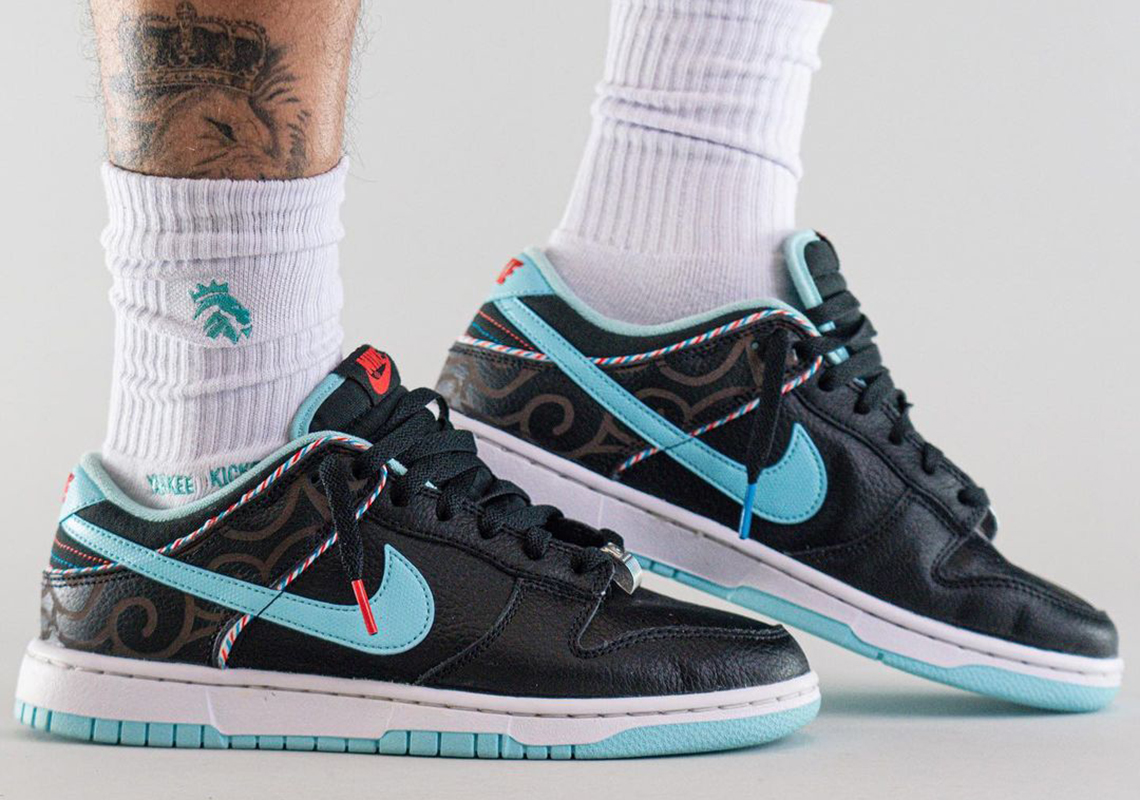 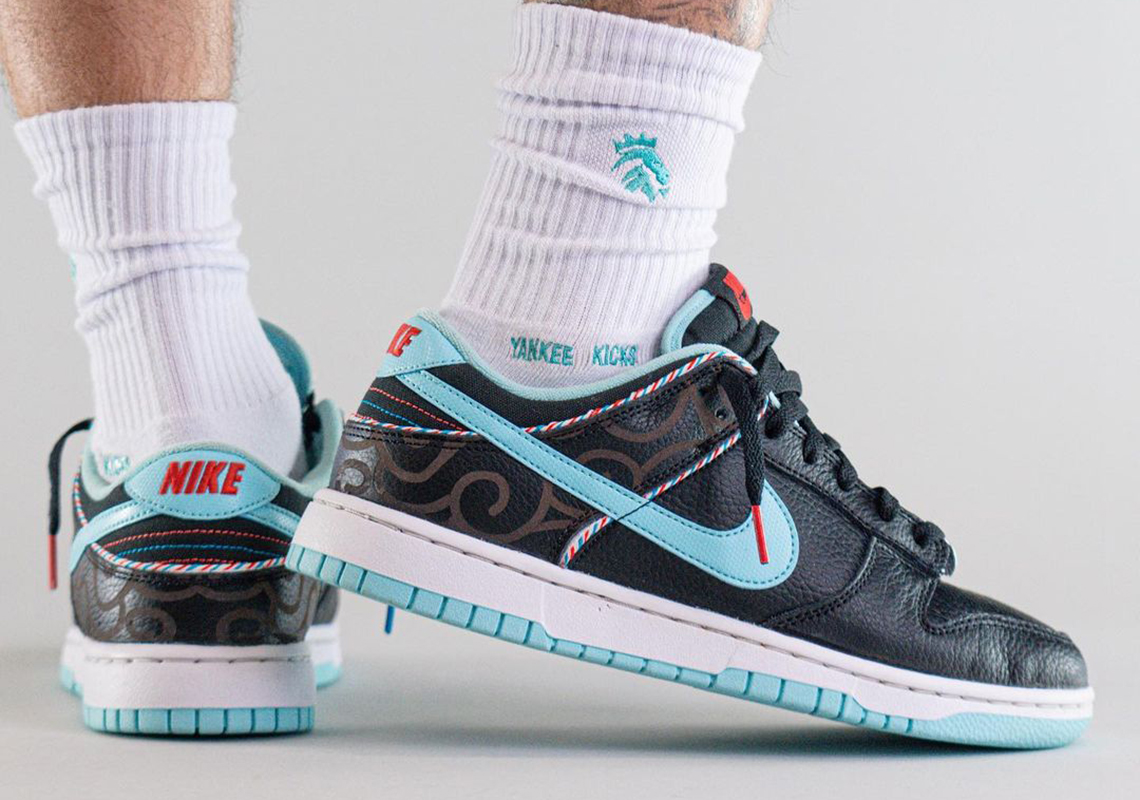 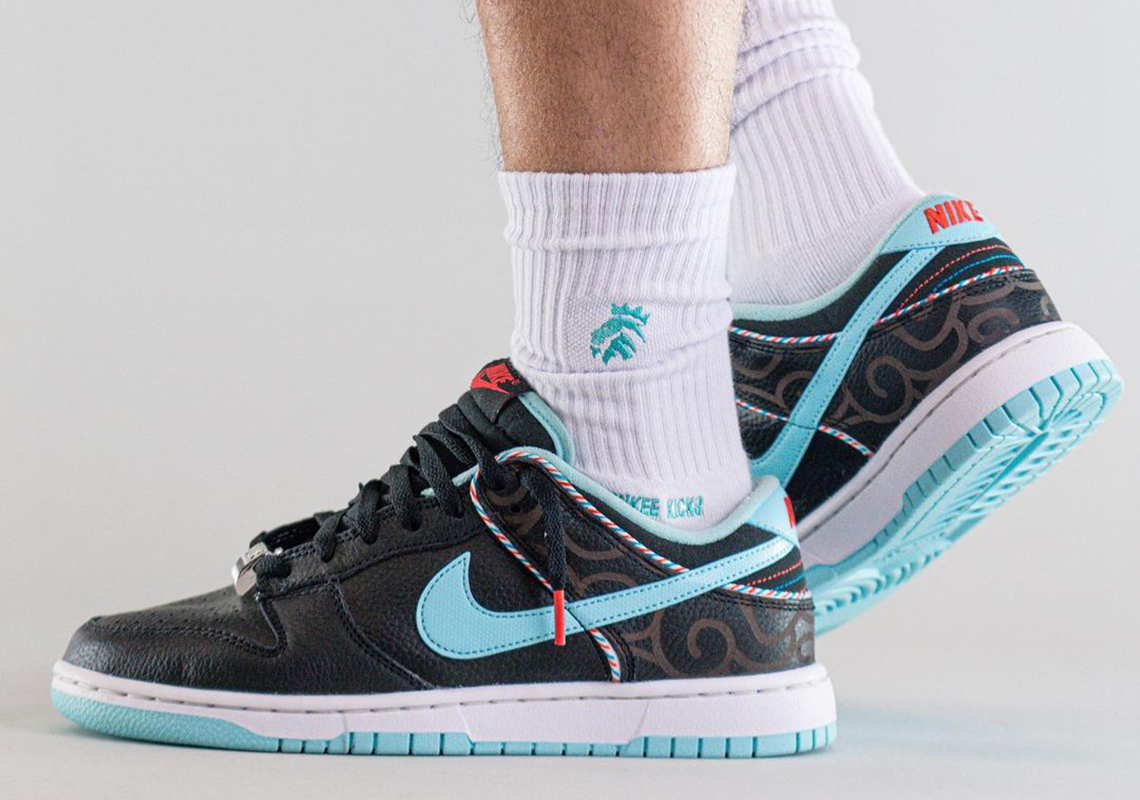 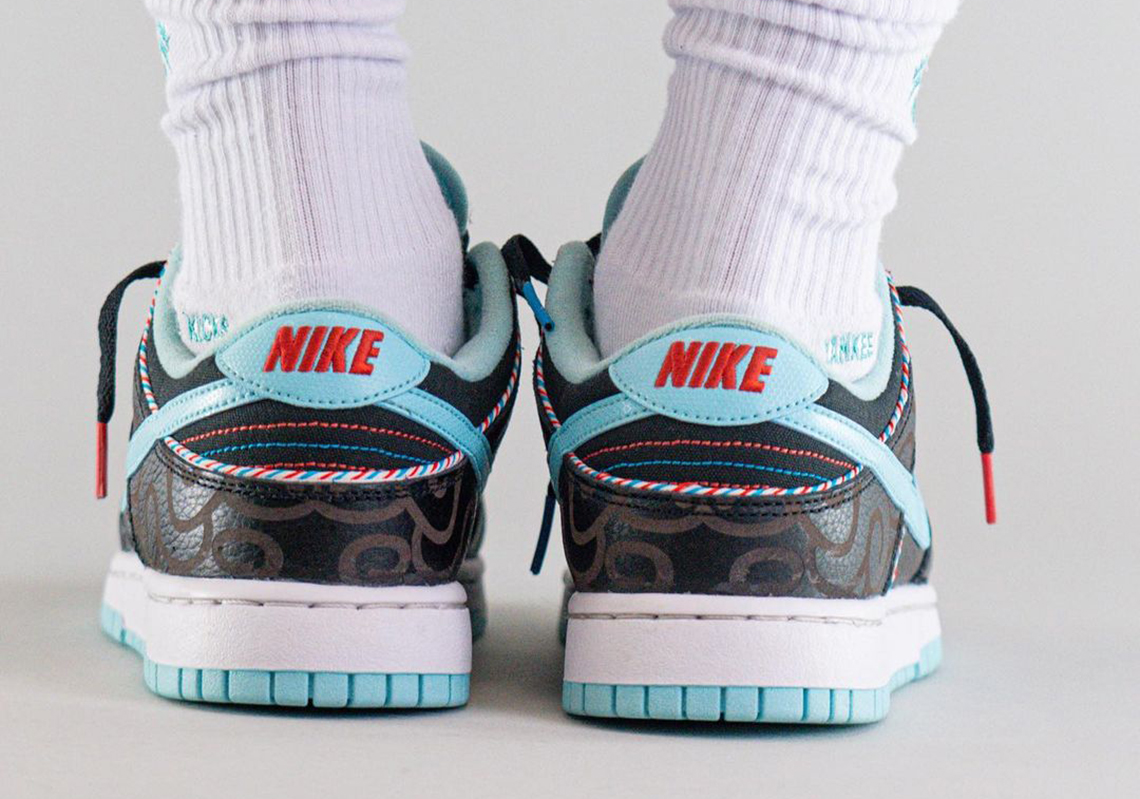