While not a new silhouette within the Swoosh roster, the Nike Zoom GTS has recently gotten some much-deserved attention from the North American conglomerate. For its latest ensemble, the low-top silhouette has indulged in several shades of muted green across its canvas upper.

The decades old model has previously received statement-making arrangements courtesy of Nike SB, but its latest appearance applies a military garb-reminiscent tone to most of its top-half. Laces and lining at the collars deviate ever-so-slightly in a fainter tone, while branding on the top of the tongue, profiles and upper heel introduce a brownish hue into the mix. Logos on the sock-liner boast a near-fluorescent red color not visible while worn, while sole units underfoot opt for a tonal-white makeup that allows the aforementioned details to revel in the spotlight.

No official Nike.com release details have been disclosed by the brand, but that’s likely to change soon. In any case, enjoy images of the pair ahead.

In related sneaker news, the Air Jordan 11 “Cool Grey” is set to launch for the whole family on December 11th. 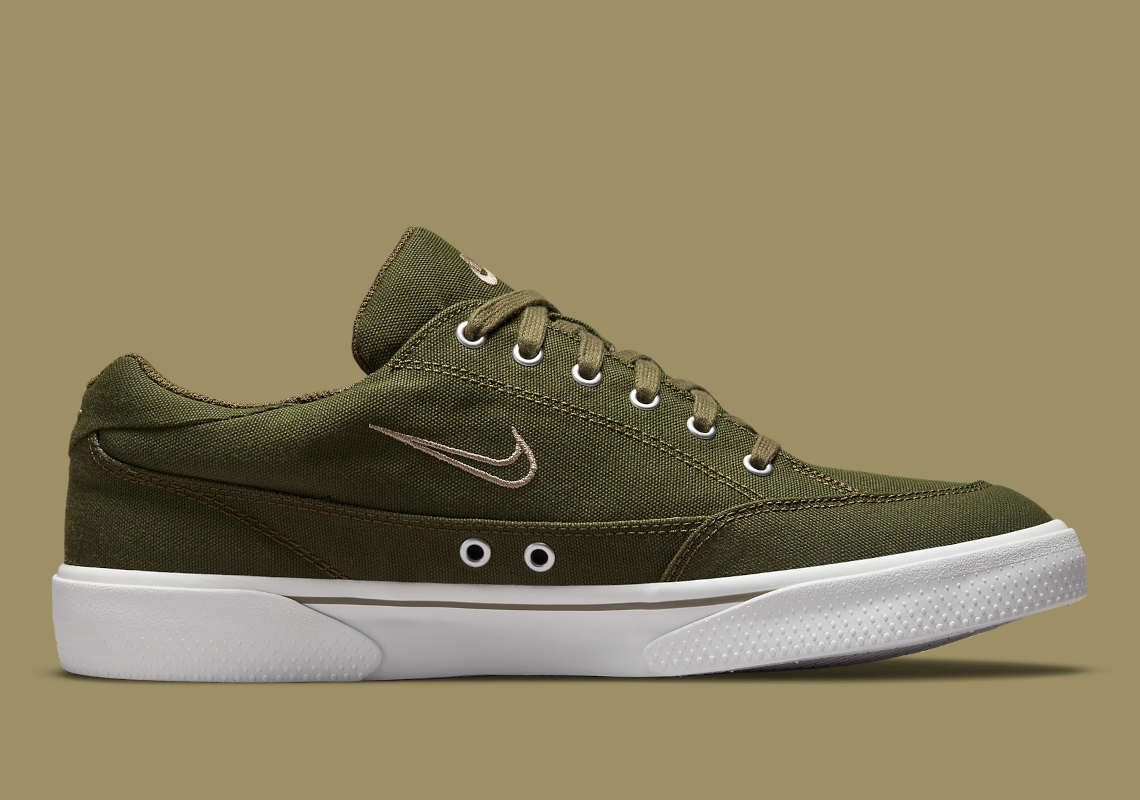 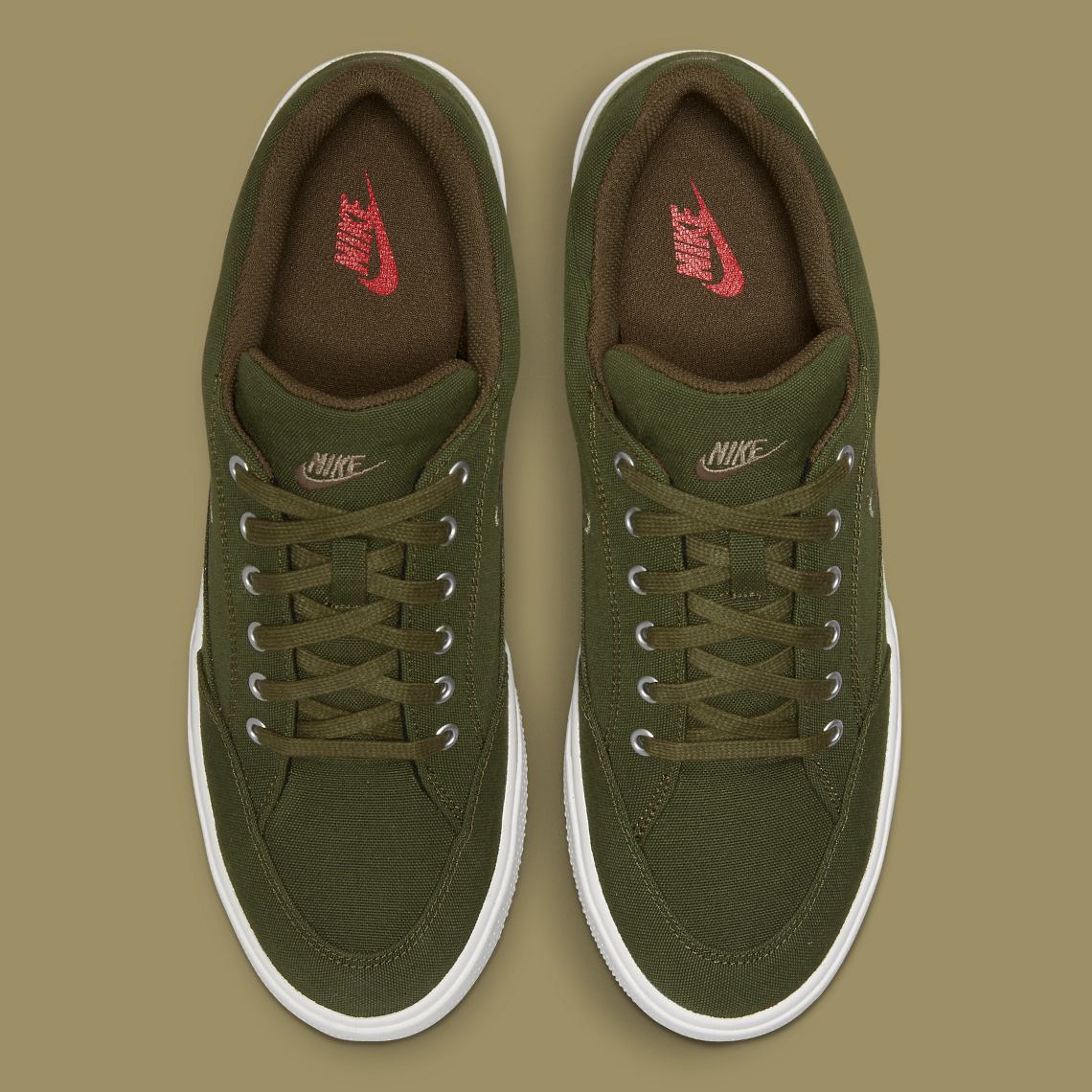 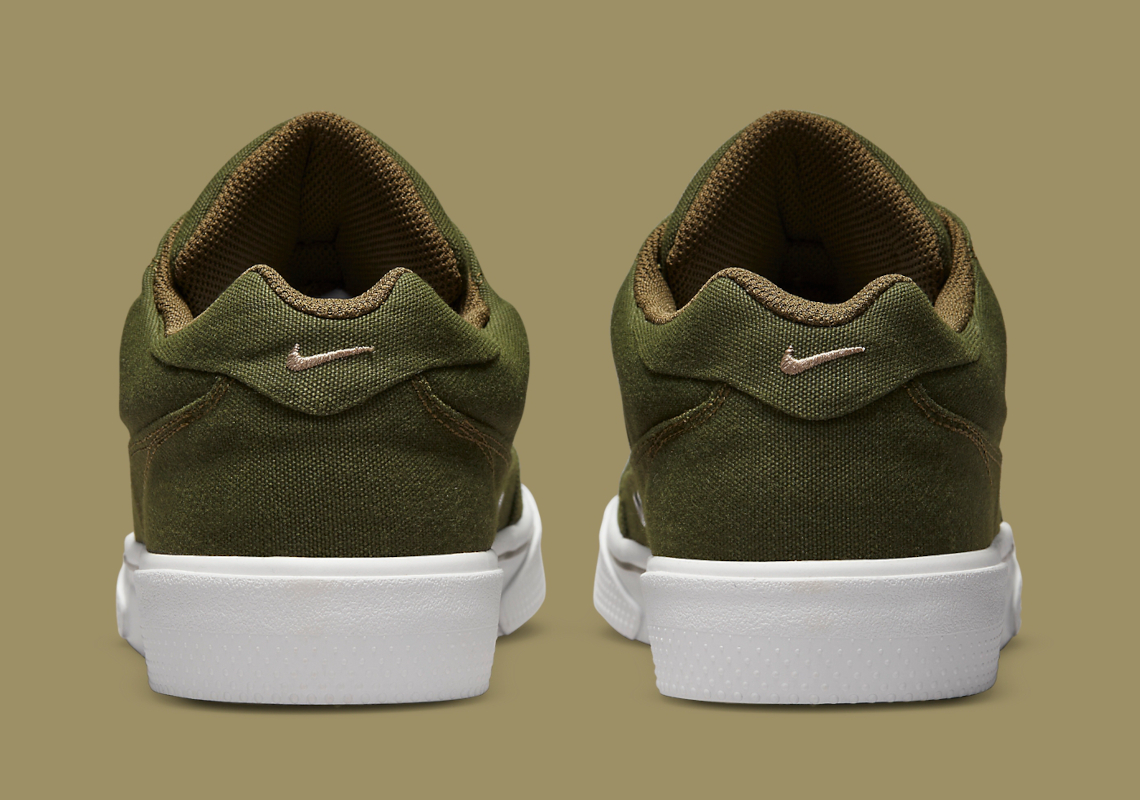 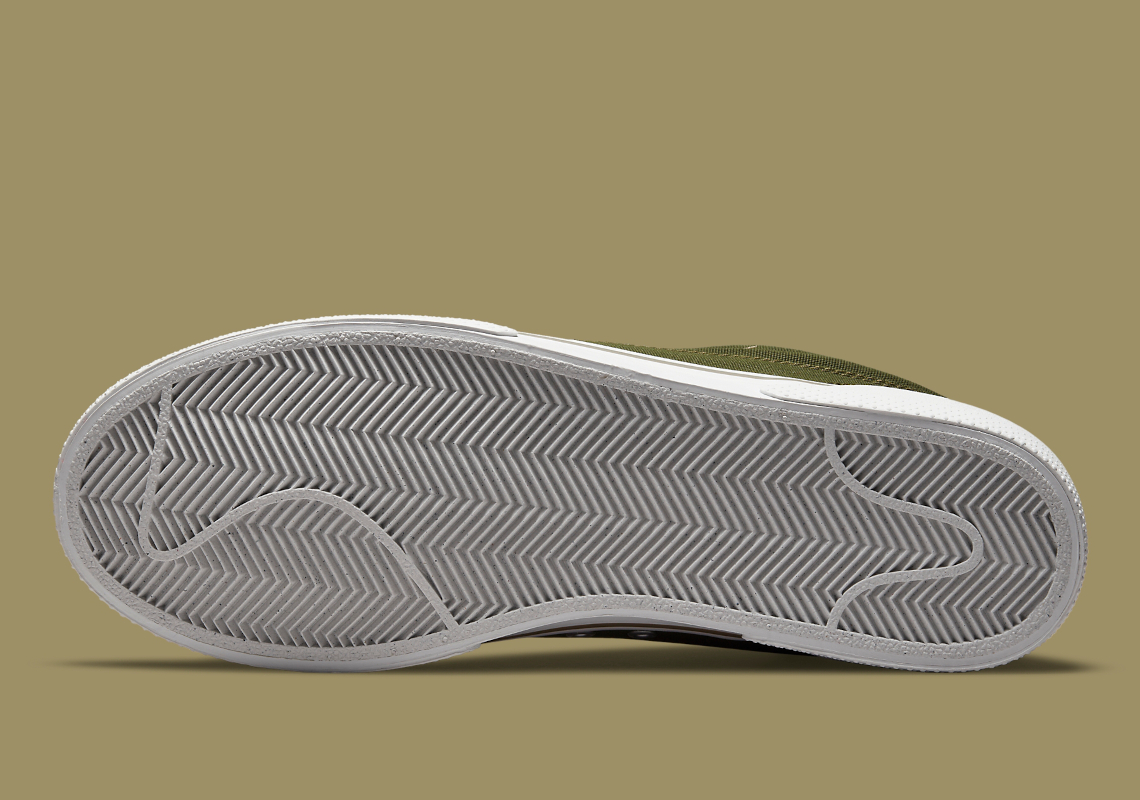 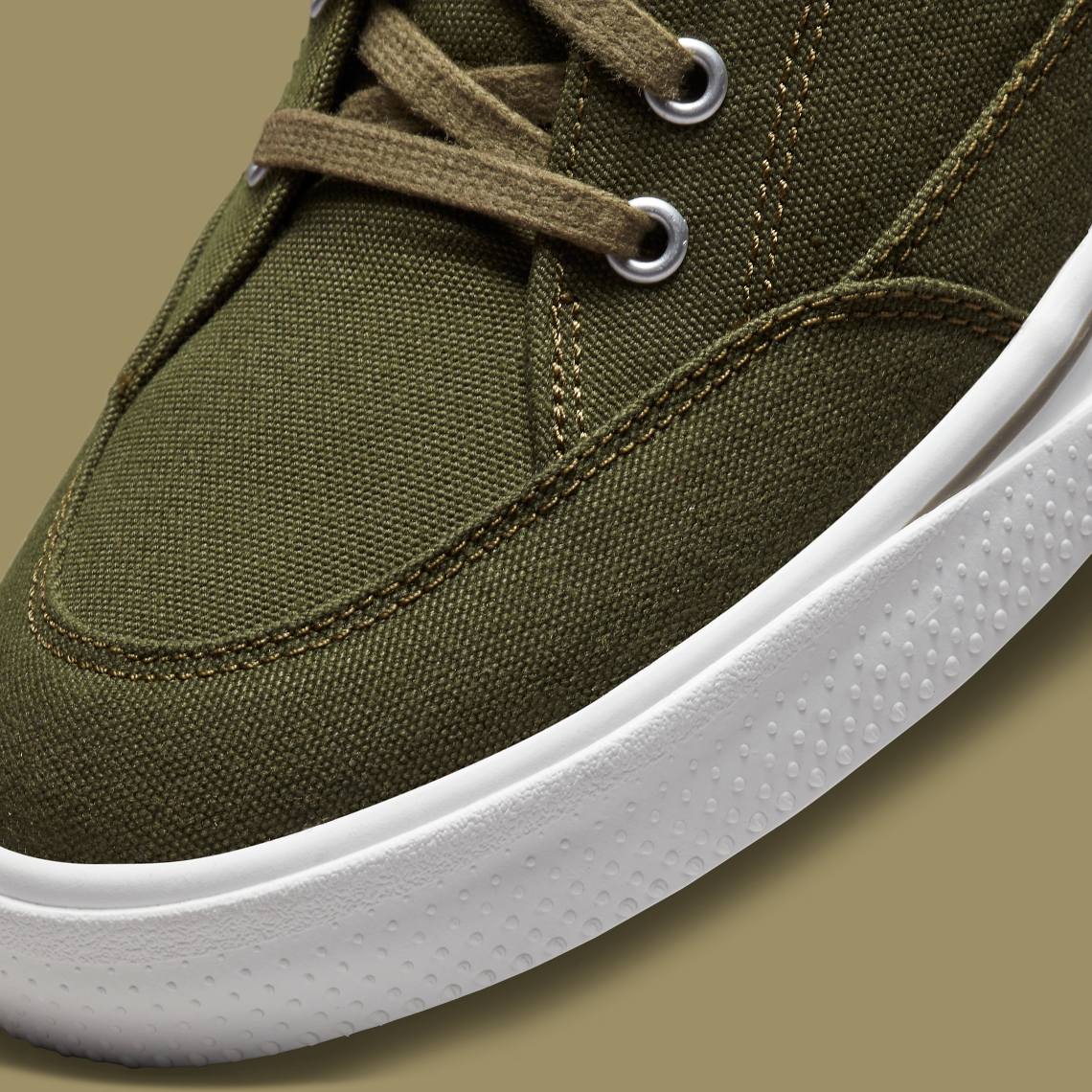 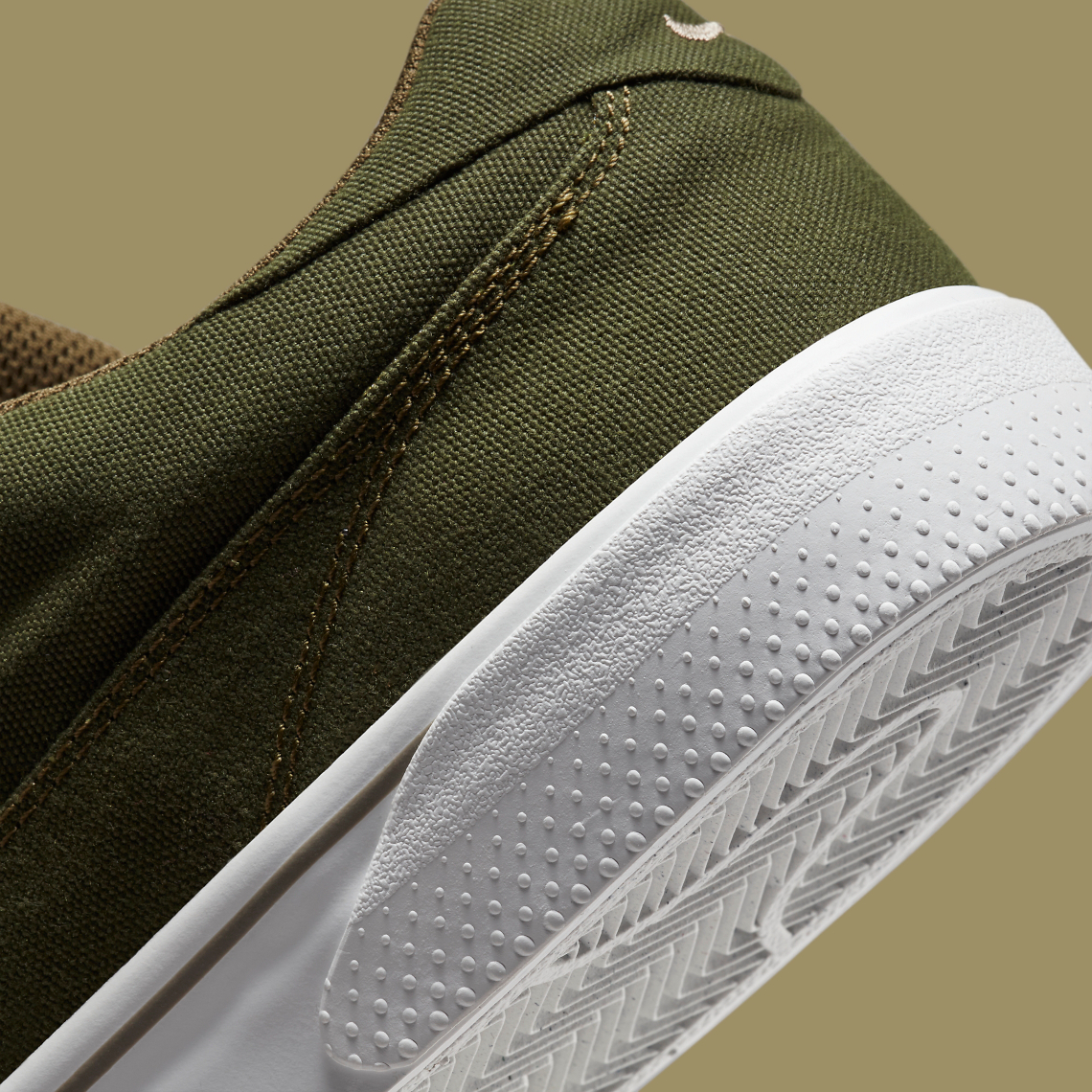