Serena Williams turned the King Richard premiere into a family affair on Sunday.

Arriving at the TCL Chinese Theatre in Hollywood, the 40-year-old tennis superstar hit the red carpet with her husband, Alexis Ohanian, and their four-year-old daughter Olympia, who made her red-carpet debut at the premiere.

King Richard is a biographical drama that follows the life of Richard Williams, Venus and Serena Williams’ father and coach.

Set to be released on November 19, the biopic is directed by Reinaldo Marcus Green and stars Will Smith in the title role. 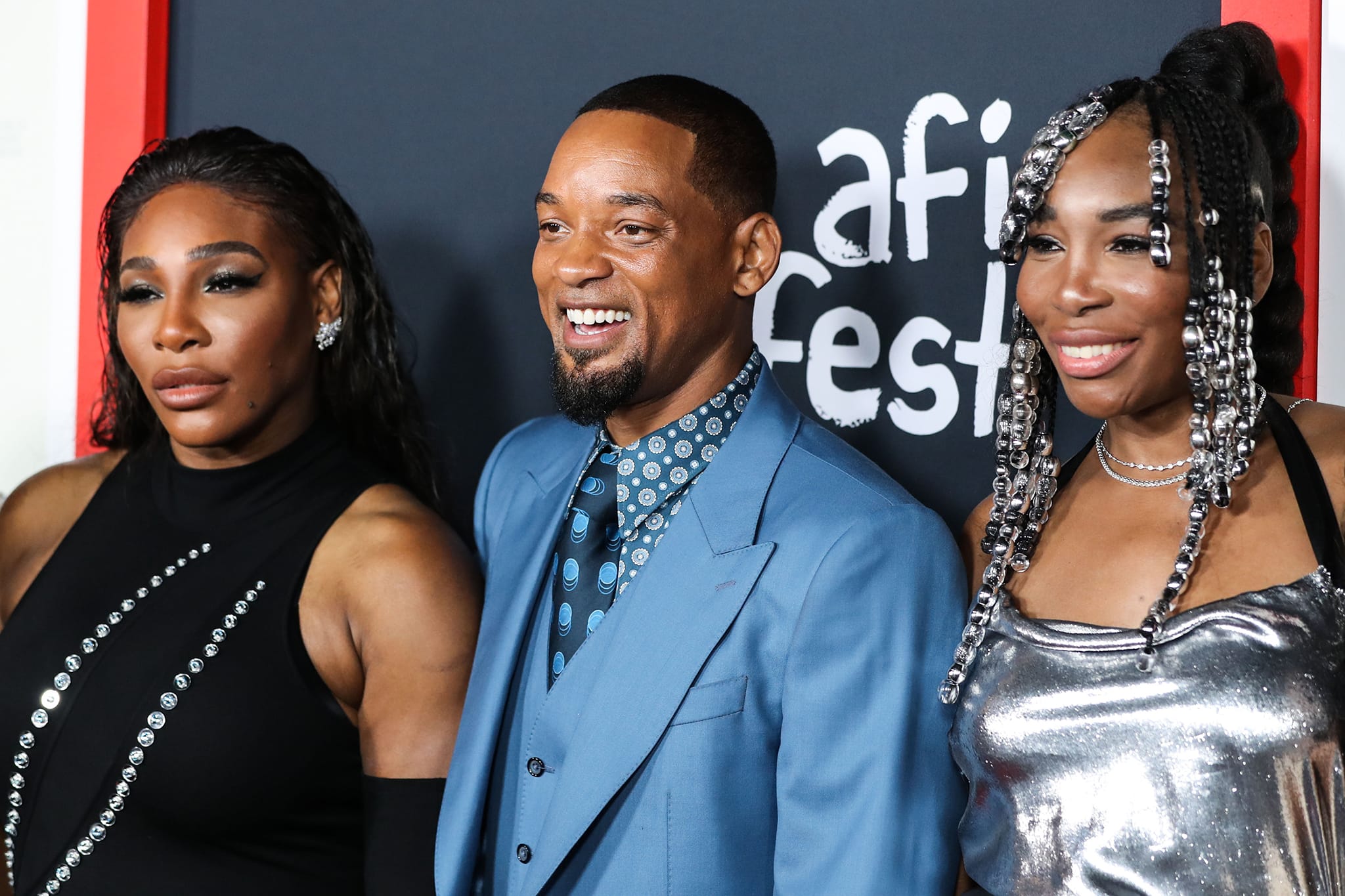 Serena and Venus Williams pose with Will Smith, who stars as Richard Williams in the biopic about their father and coach (Credit: Mega / WENN)

Serena Williams may be best known for her tennis skills, but we’re crushing on her style! 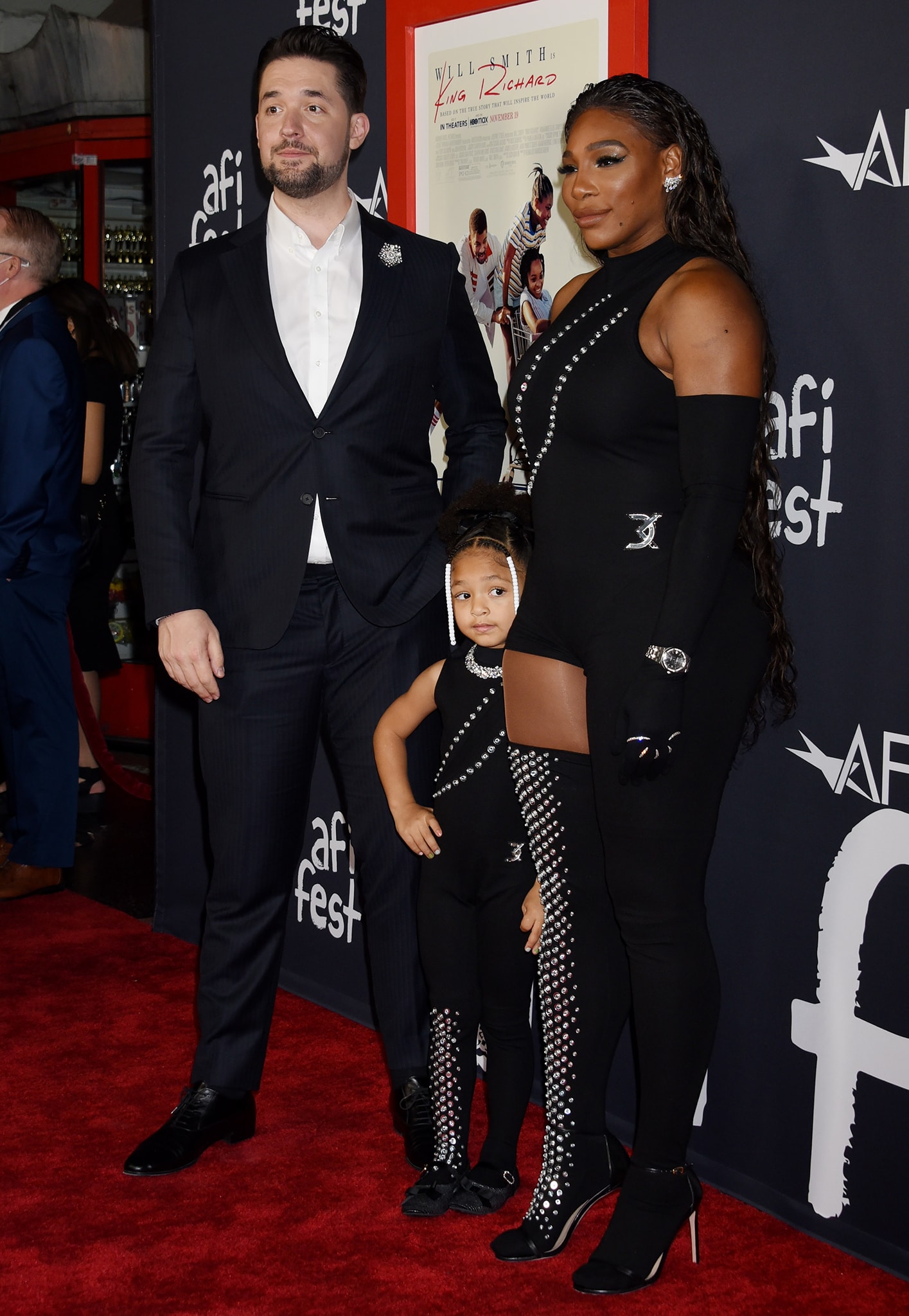 She strutted her stuff in a one-legged catsuit courtesy of David Koma, who, as per Vogue, would have been a tennis player if he wasn’t a fashion designer.

Known for his body-contouring silhouettes, the London-based designer comes from an athletic family—his mother is a former gymnast, his dad plays tennis, and his brother is a professional tennis player. 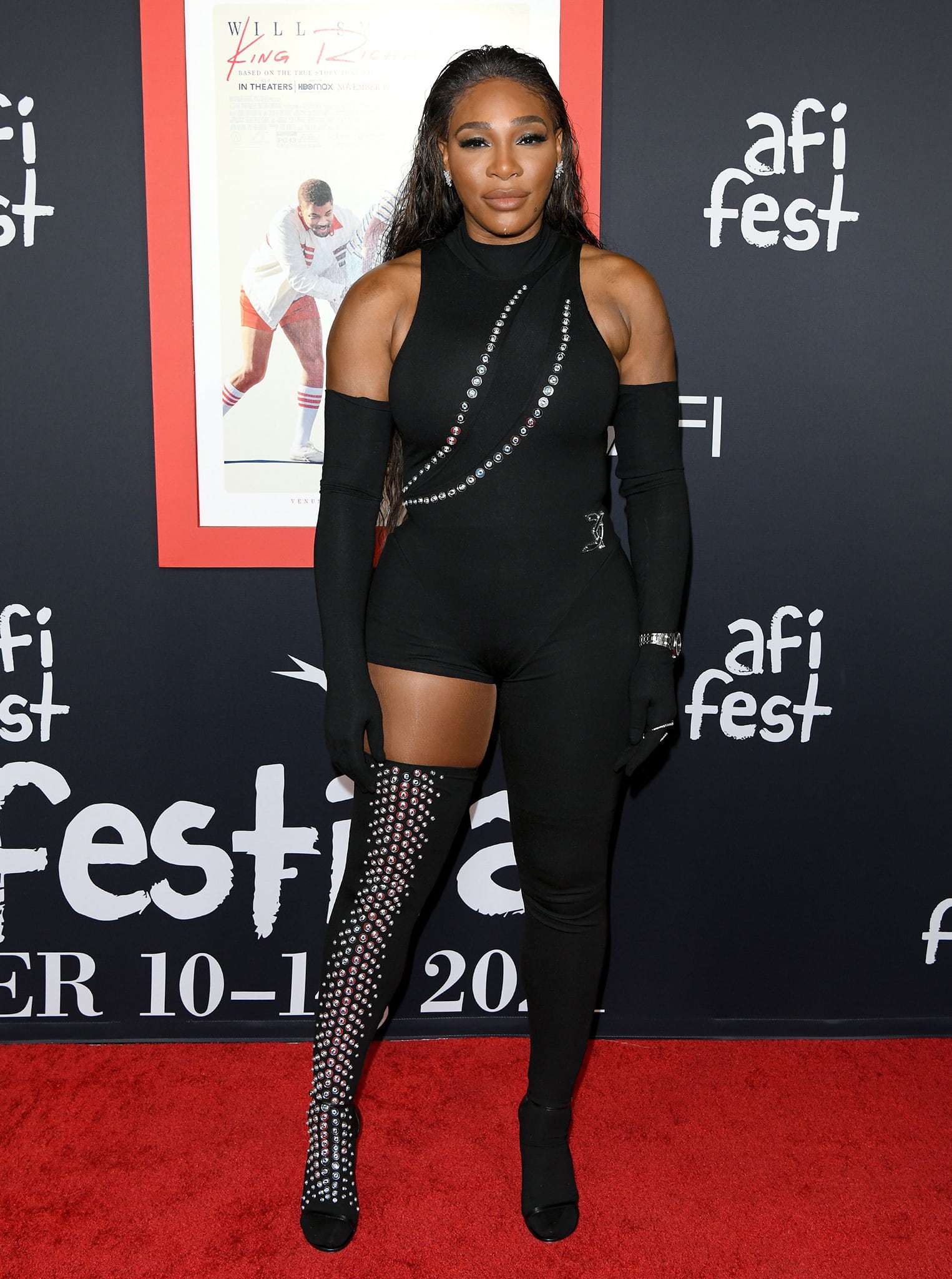 The form-fitting catsuit highlighted Serena’s toned built. It features a cold-shoulder silhouette, a high neck, a pair of opera gloves, and a bejeweled bodice.

While the asymmetrical outfit completely covered her left leg in black fabric, Serena wore a stocking and a thigh-high sock on her other leg. It’s adorned with jewels that matched the embellishments on the Spring 2022 creation. 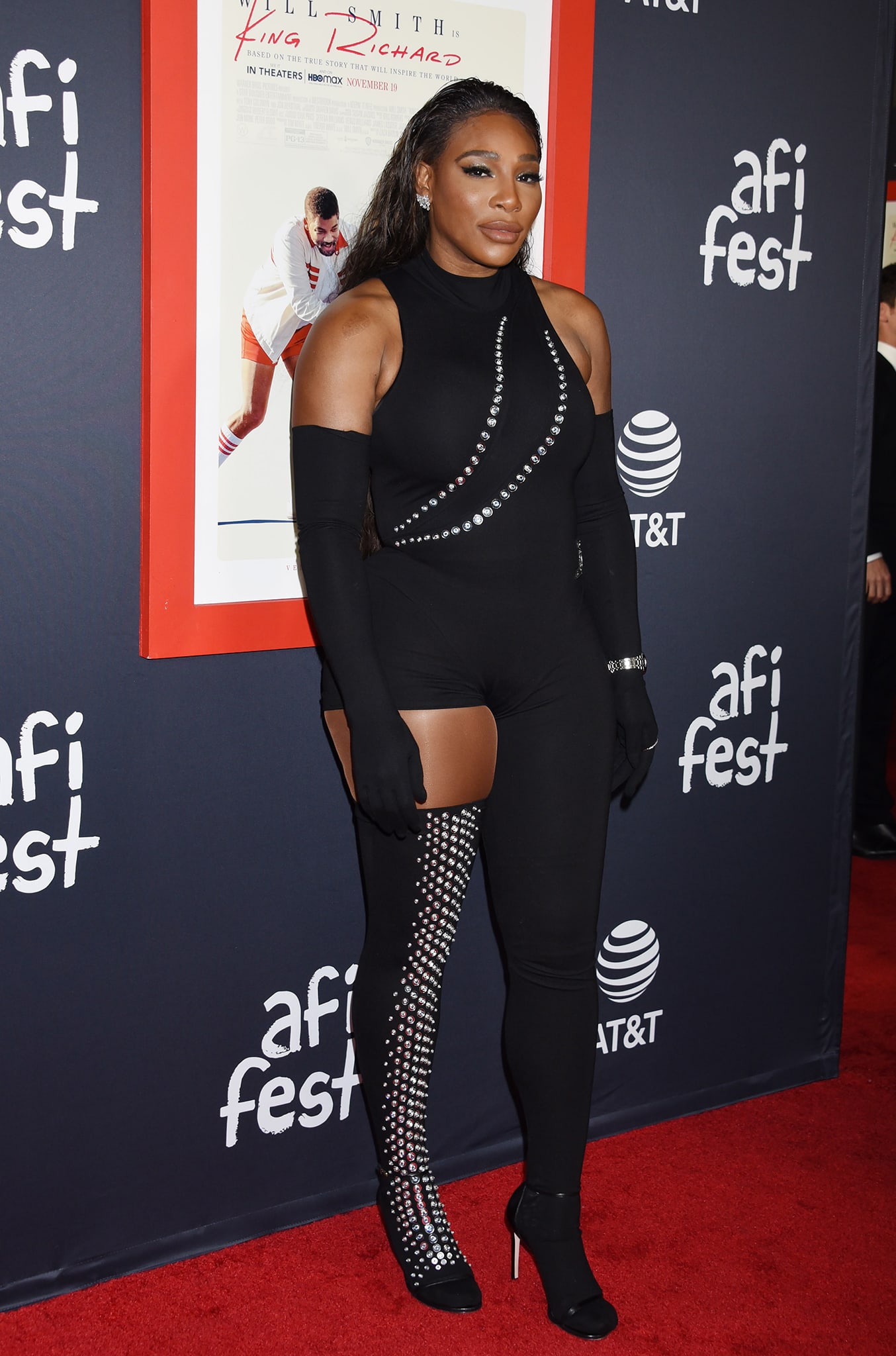 Adding more bling to the look, Serena accessorized with a pair of silver earrings, a matching ring, and a silver watch, curated by stylist Kesha McLeod.

She then slipped into a pair of minimalist black sandals that camouflaged against her ensemble. 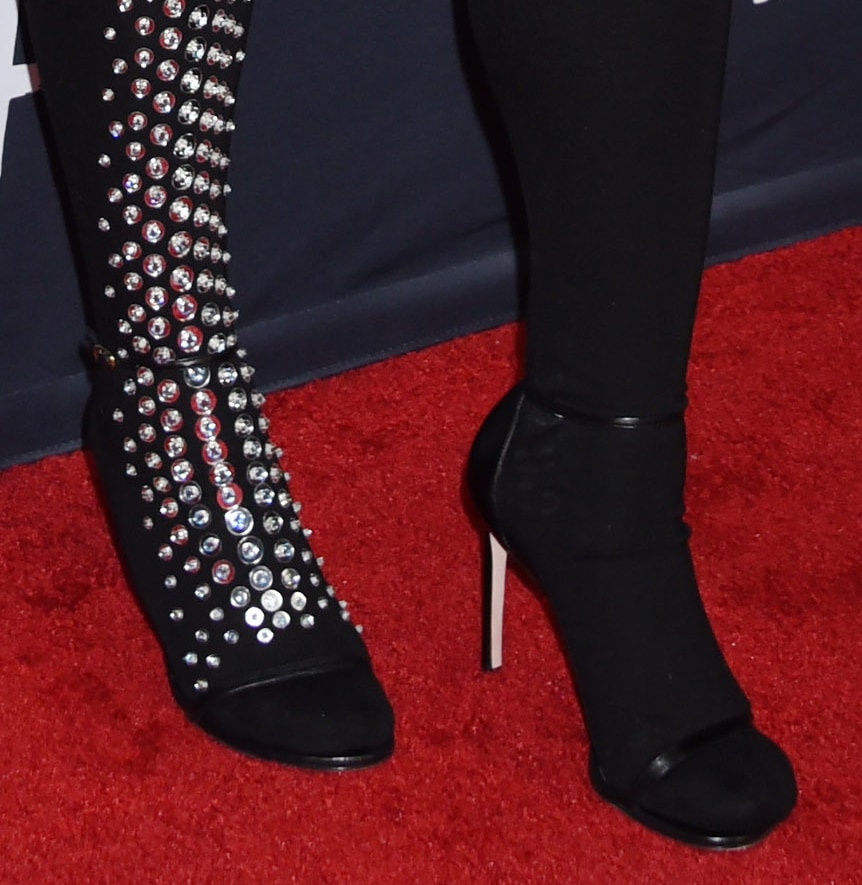 Serena Williams wears a studded thigh-sock on her other leg and completes her look with black open-toe sandals (Credit: Mega / WENN) 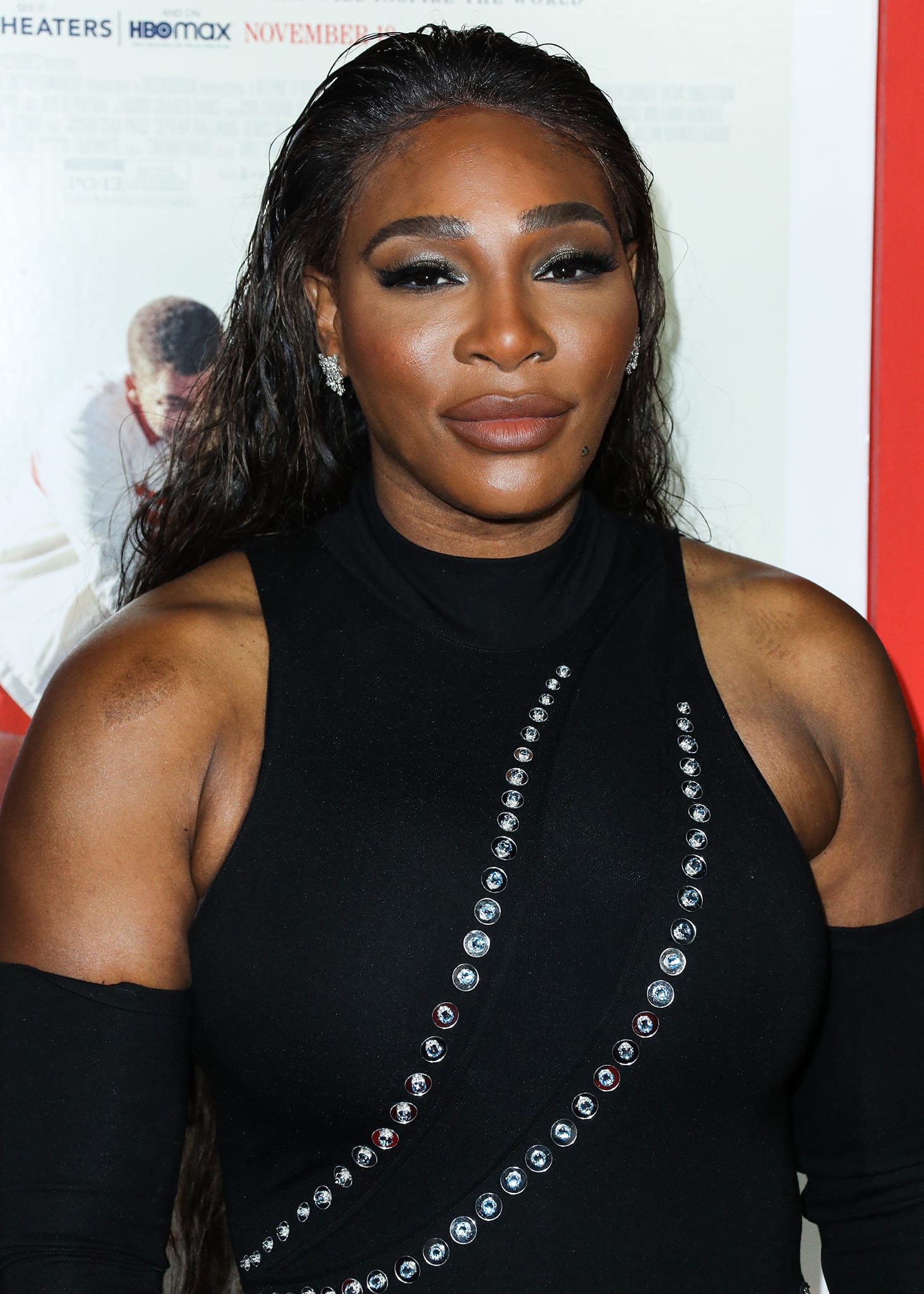 Serena’s daughter, Olympia, who turned four in September, mirrored her mom’s outfit—from the embellished catsuit down to the bejeweled socks.

She also wore a silver crystal necklace, a pair of glittery Mary Jane flats, and white beads on her curly hair.

They celebrated their fourth wedding anniversary on Tuesday, November 16. 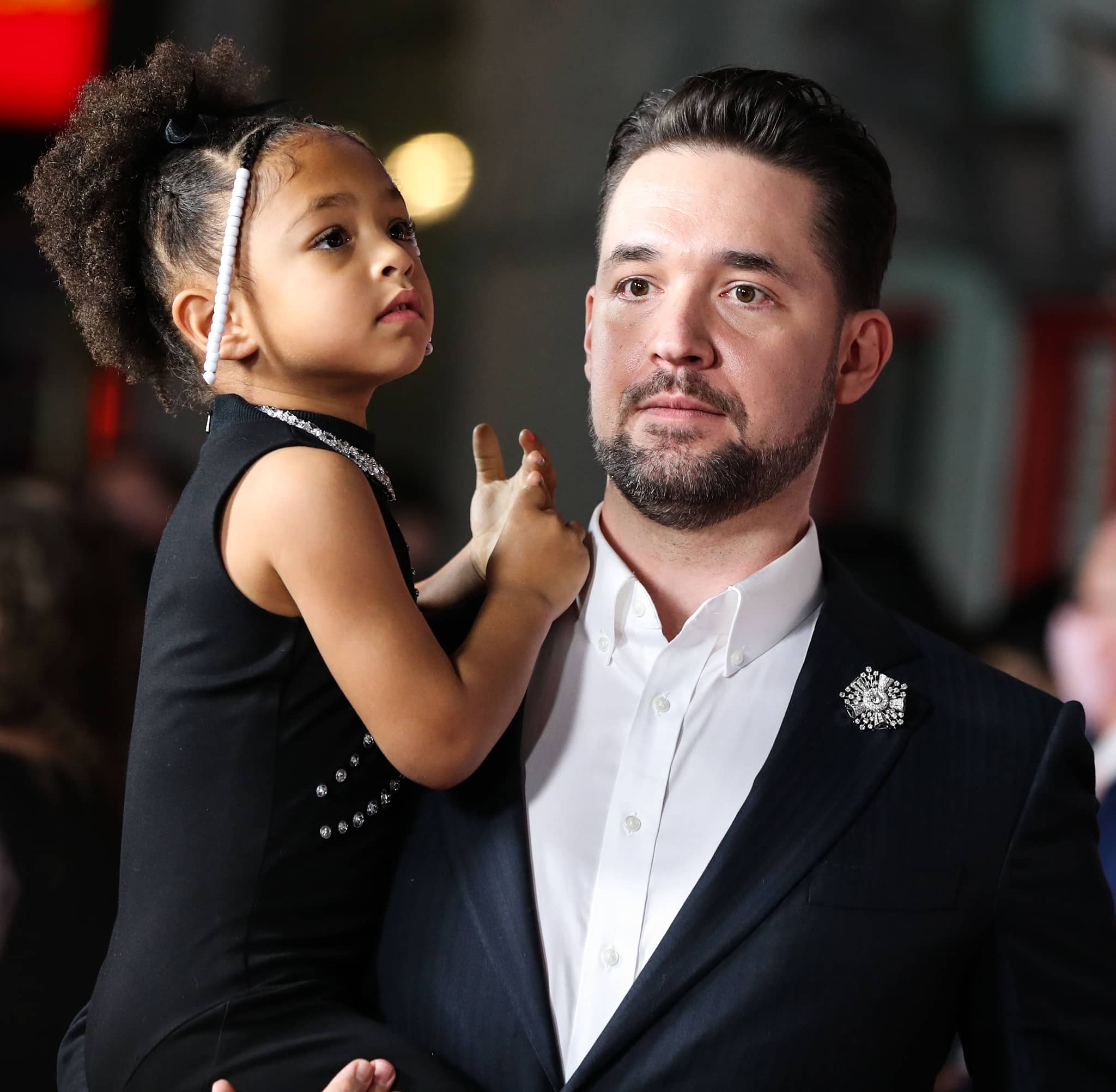 The metallic number clung to her curves and features a cowl neck with a black halter strap, a gathered waist, and a thigh-high slit. 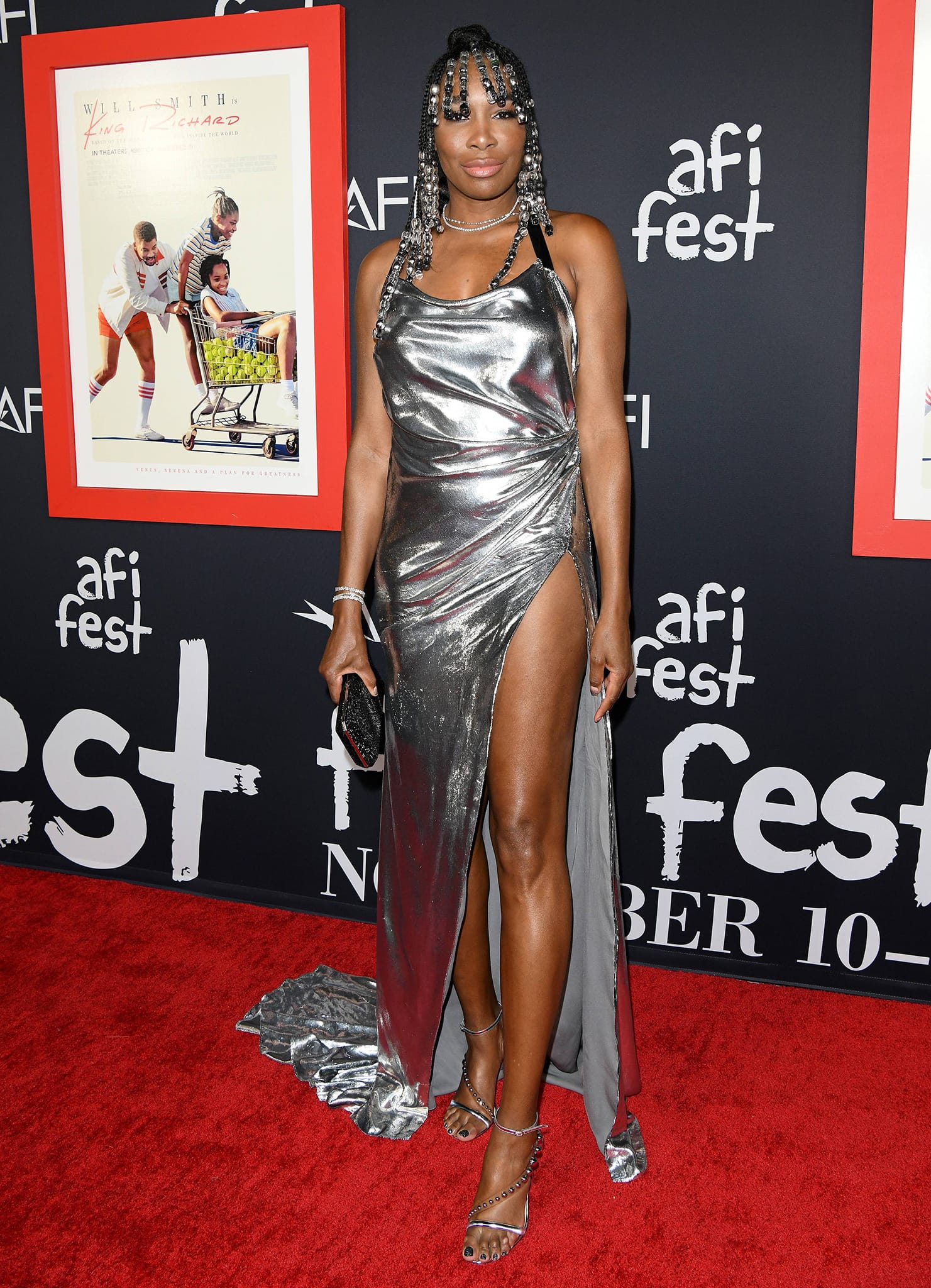 These sandals from the popular French shoe designer are made with a transparent PVC strap dotted with graduating silver studs across the foot. 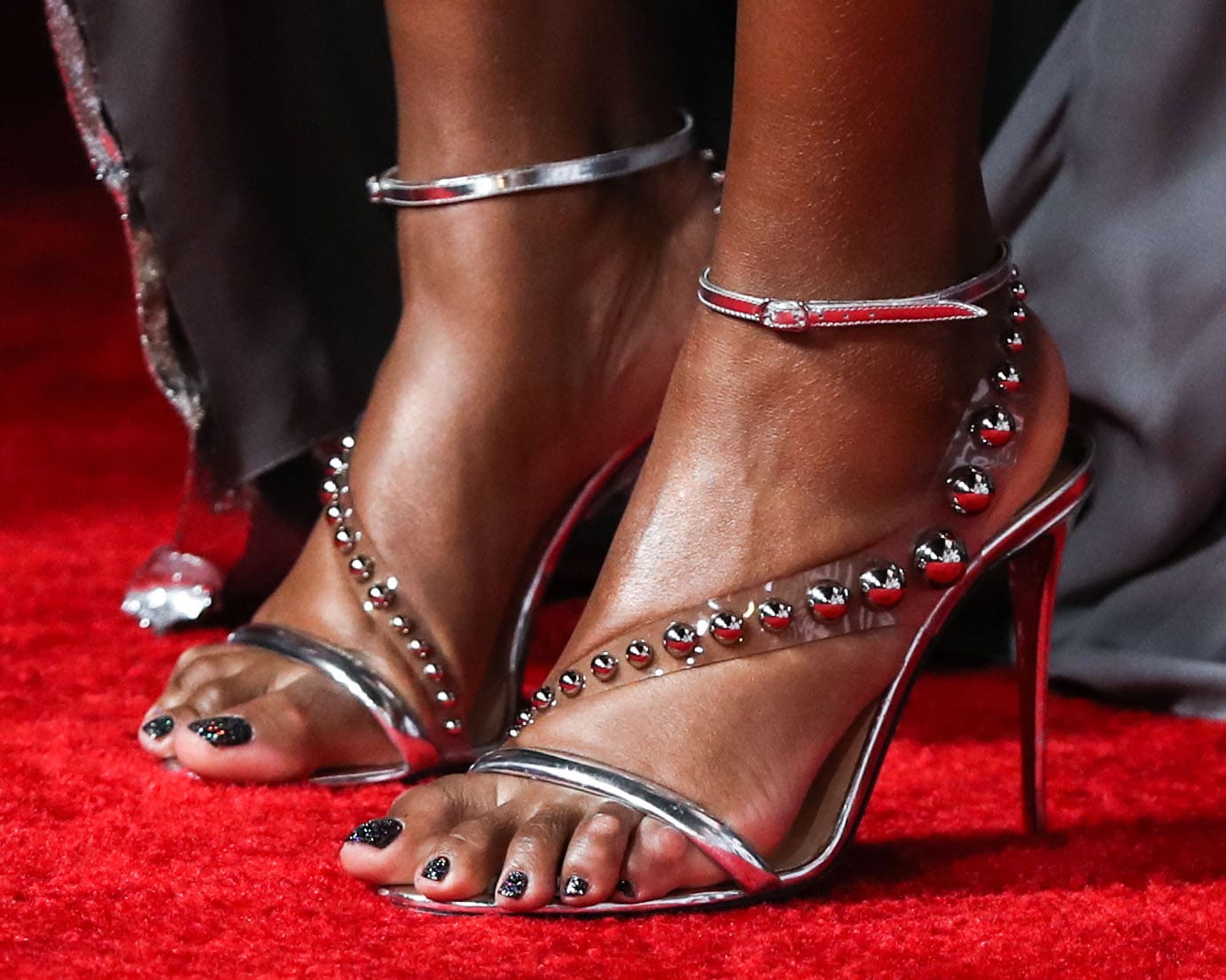