In January 2013, we featured Tamara Ecclestone in a pair of nude Louboutin pumps. Apparently, the British socialite loves the popular women’s shoe label.

Leaving a classic Italian restaurant popular among celebrities, Tamara opted for a black pair of slingback platform pumps as opposed to nude peep-toes. 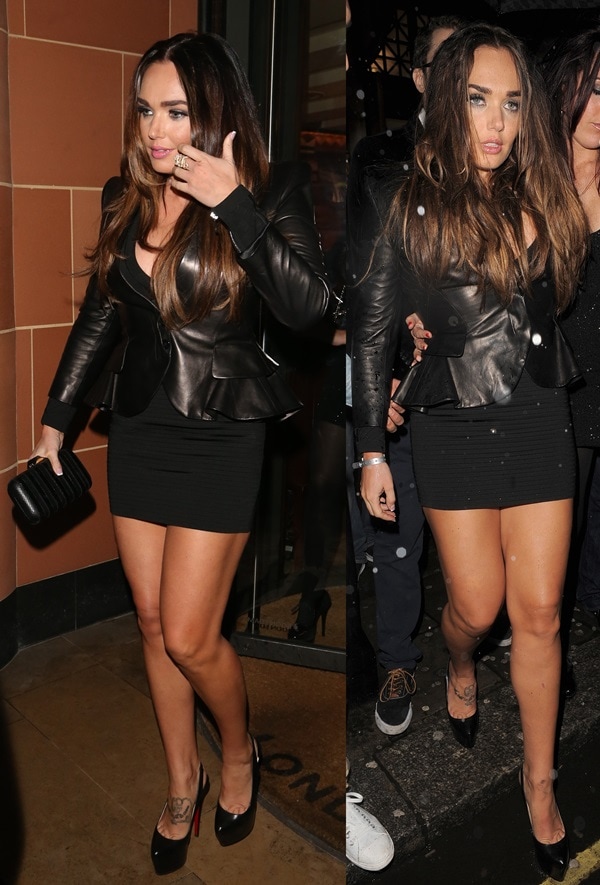 She wore the slingback heels with a body-hugging black mini dress and a black leather jacket. Her hair was styled almost exactly as before — down and wavy.

While I really like her look for a night out, I wish she’d add a pop of color in the form of a bright clutch or bold jewelry. 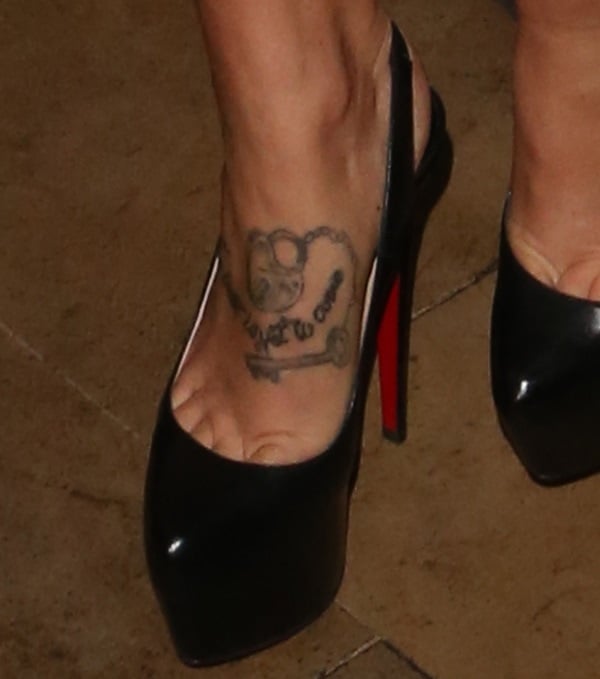 The same month, the daughter of Bernie Ecclestone met her husband Jay Rutland on a blind date arranged by friends.

“It was just meant to be drinks. My mum was in a restaurant nearby and was going to come to meet me afterward,” she explained to The Sun in an interview. 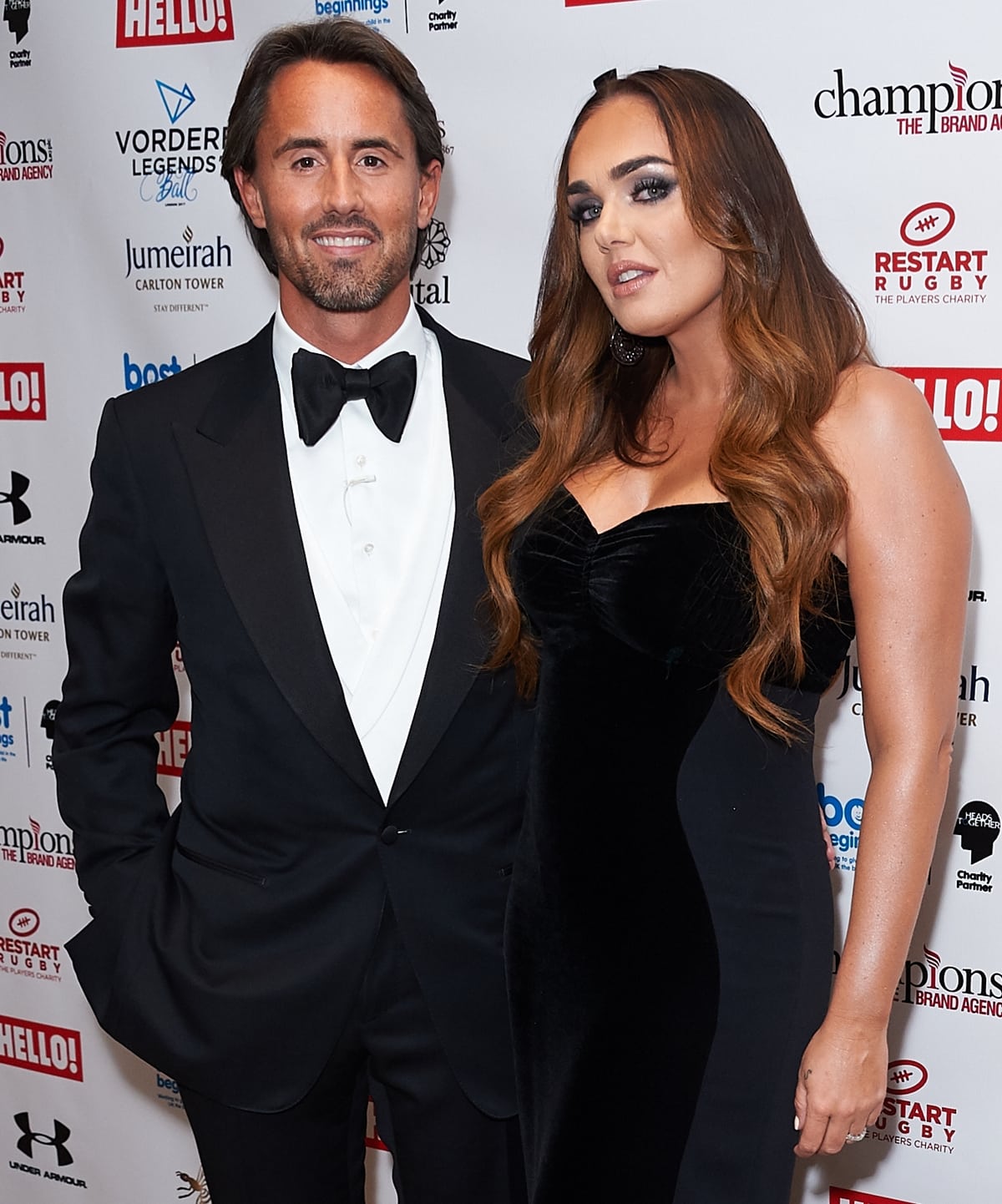 Jay Rutland and his wife Tamara Ecclestone met on a blind date and have two daughters (Credit: Alan West / WENN)

“But me and Jay were getting on so well, drinks turned into dinner and my mum turned up anyway. At first, she was quite frosty to Jay because she is so protective of me.”

“But she soon warmed up and we all went clubbing until 3 am. It was the most surreal first date and our first kiss was in front of mum.” 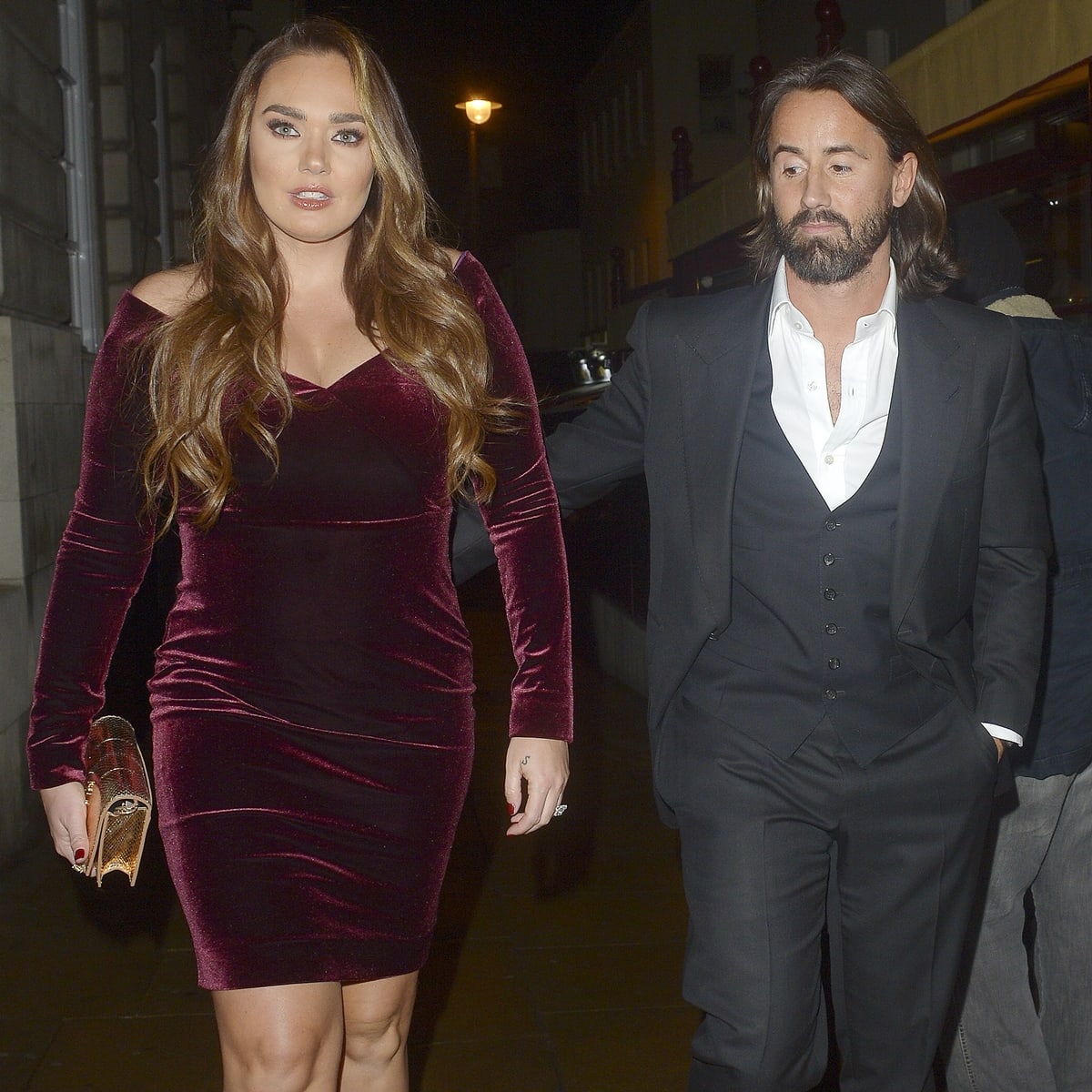 “It must have been nerve-racking for Jay. We’re not the easiest family to come into but he has fitted in so well.” 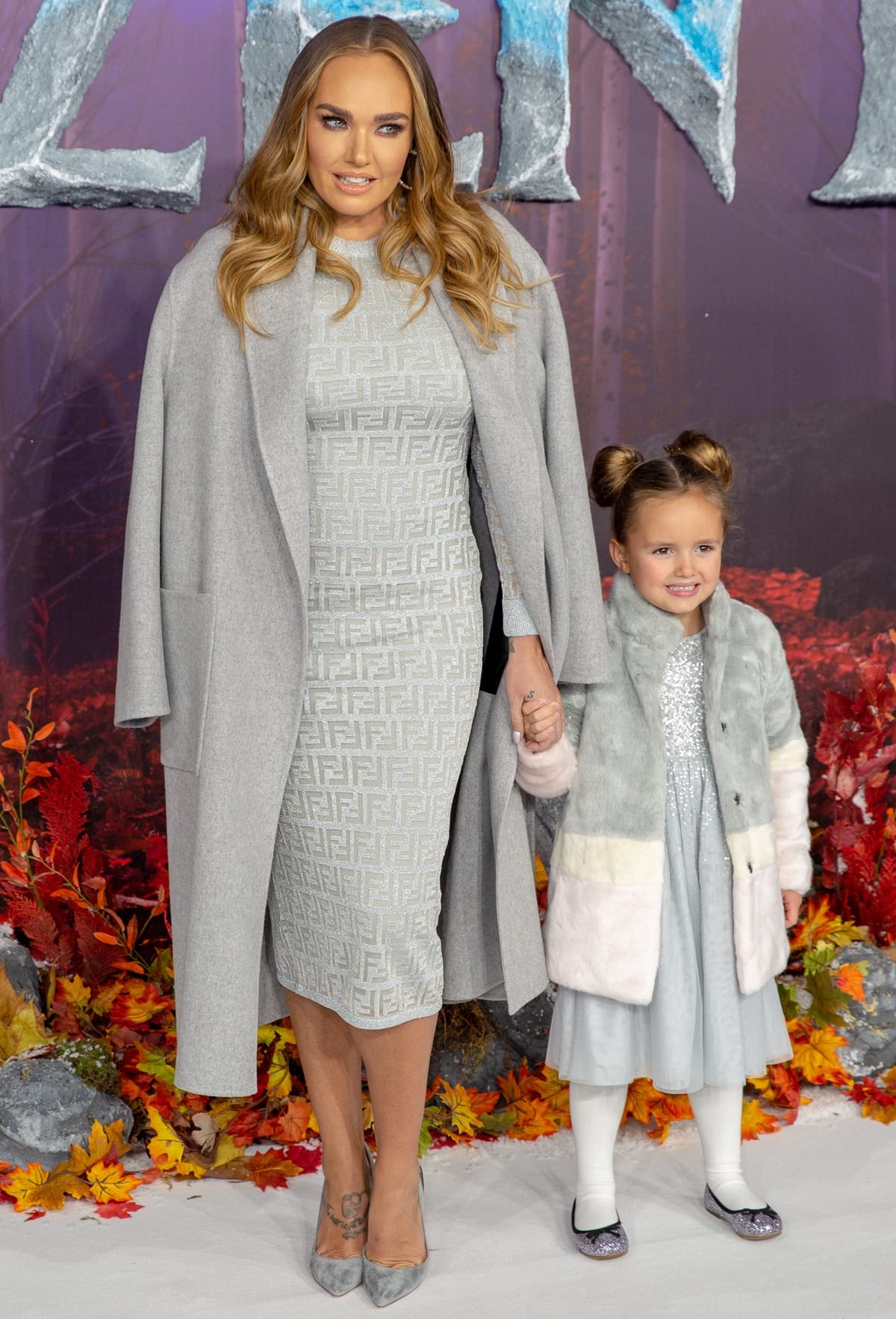 Tamara Ecclestone in a body-hugging Fendi midi dress with her daughter Sophia Ecclestone Rutland at the European Premiere of “Frozen 2” at the BFI Southbank in London on November 17, 2019 (Credit: WENN / Avalon)

However, we found the following black suede slingback style at Mytheresa and Nordstrom: 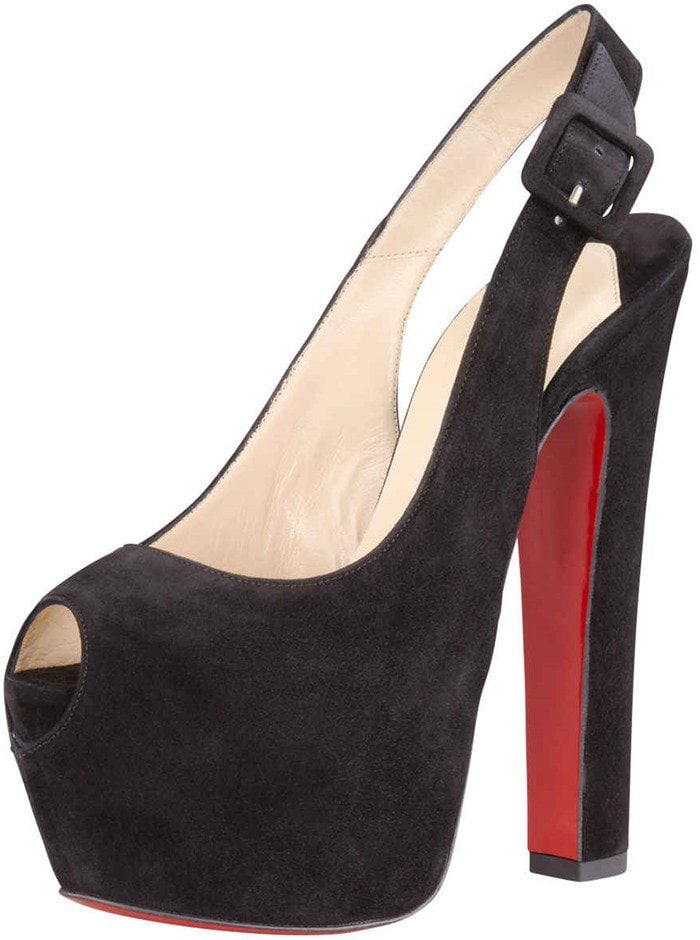 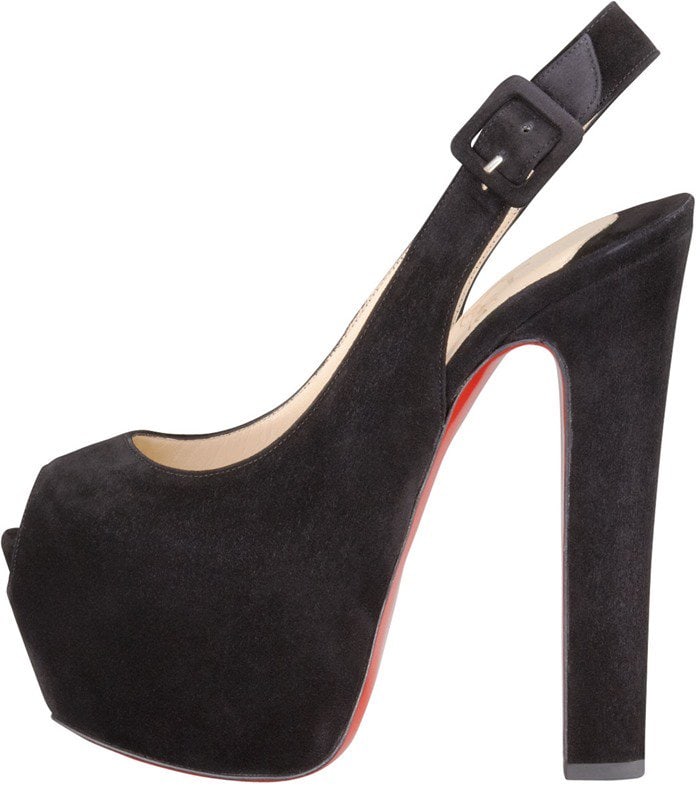 Do you like the way Tamara styled the pumps?