Cinephiles enjoyed quite a robust year of flicks now that theaters have opened up and streaming services have served as formidable debut platforms for feature films. In the remaining few weeks we have in 2021, we’ll be treated with the fourth installment of the Matrix franchise on HBO Max, with Keanu Reeves and Carrie Ann Moss reprising their roles as Neo and Trinity. The trilogy spawned an era of fashion that can best be described as a crossover of goth and the digital world, heavy on shiny blacks, liquid silvers, and neon greens.

That visual mood is embodied by this upcoming colorway of the Nike Air Max Plus; featuring an all-black body, this retro model features a metallic silver exterior frame, while the bright green adorns the Swoosh and tongue logo. Even the attached hangtag nods to the metal hardware commonly scene during the memorable gun battles throughout the series.

This Air Max Plus is expected at Nike retailers soon for $160.

Enter The Matrix With This Nike Air Max Plus
Color: 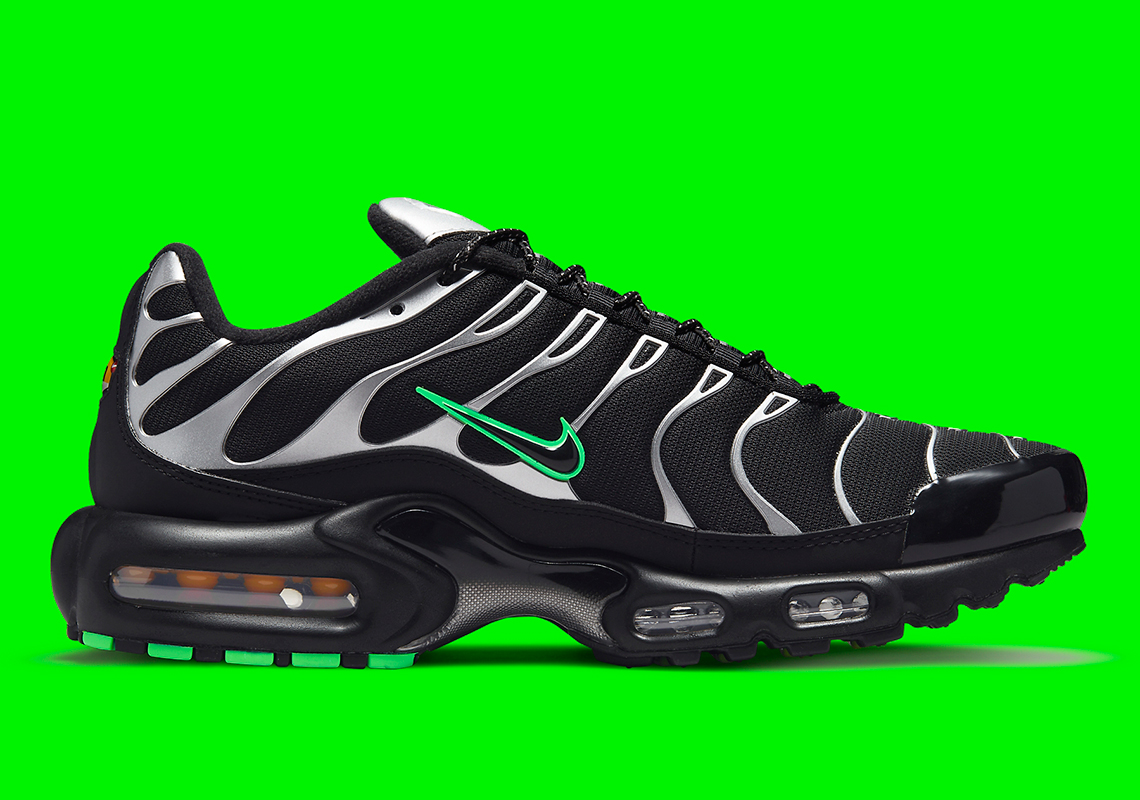 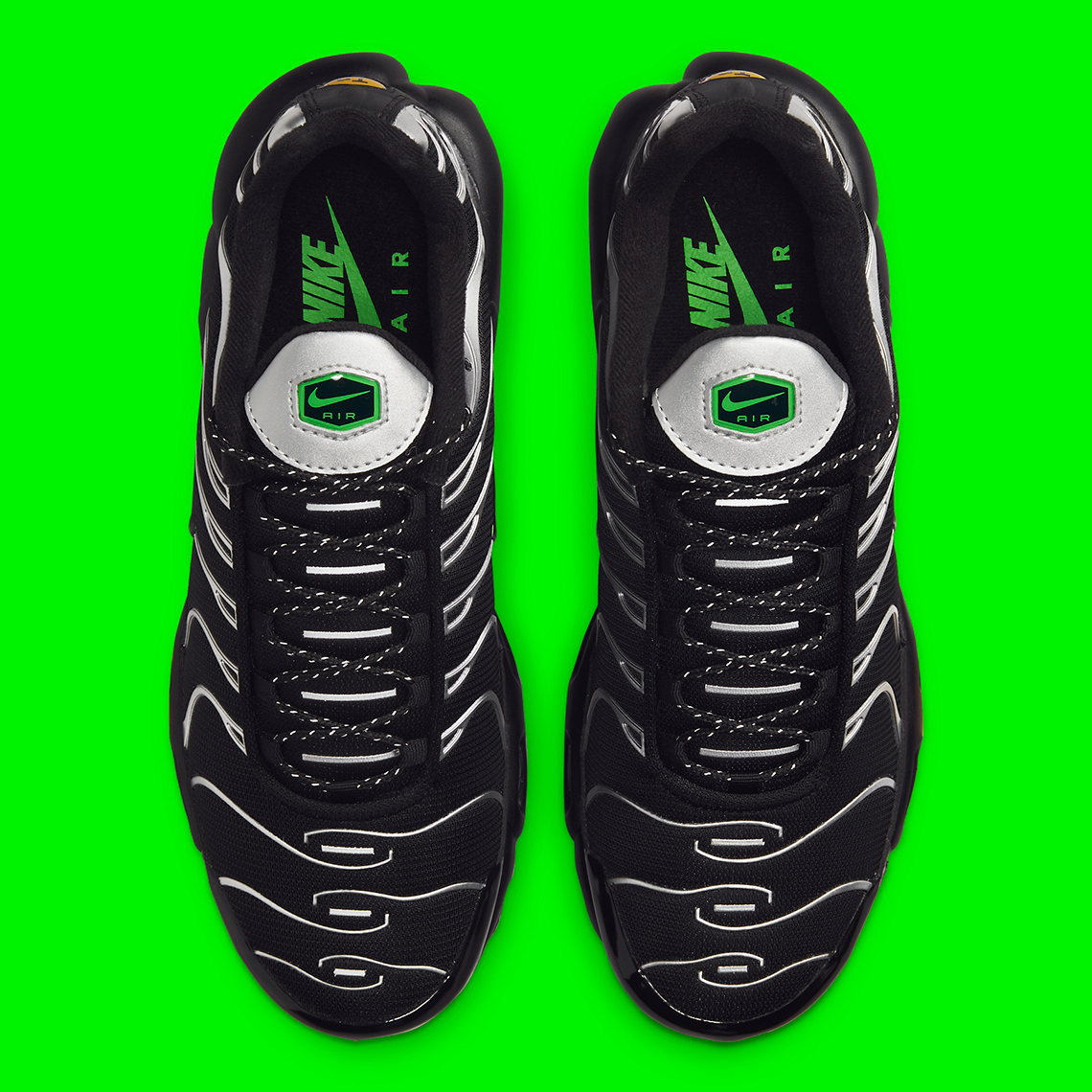 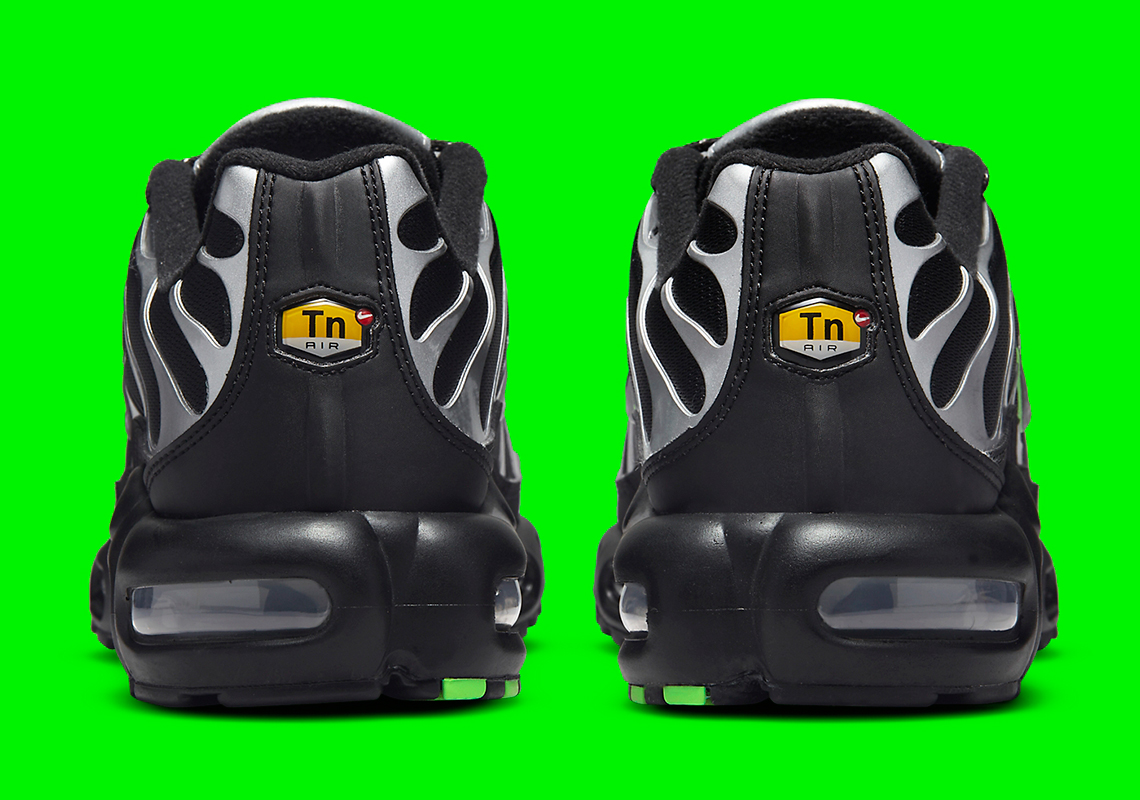 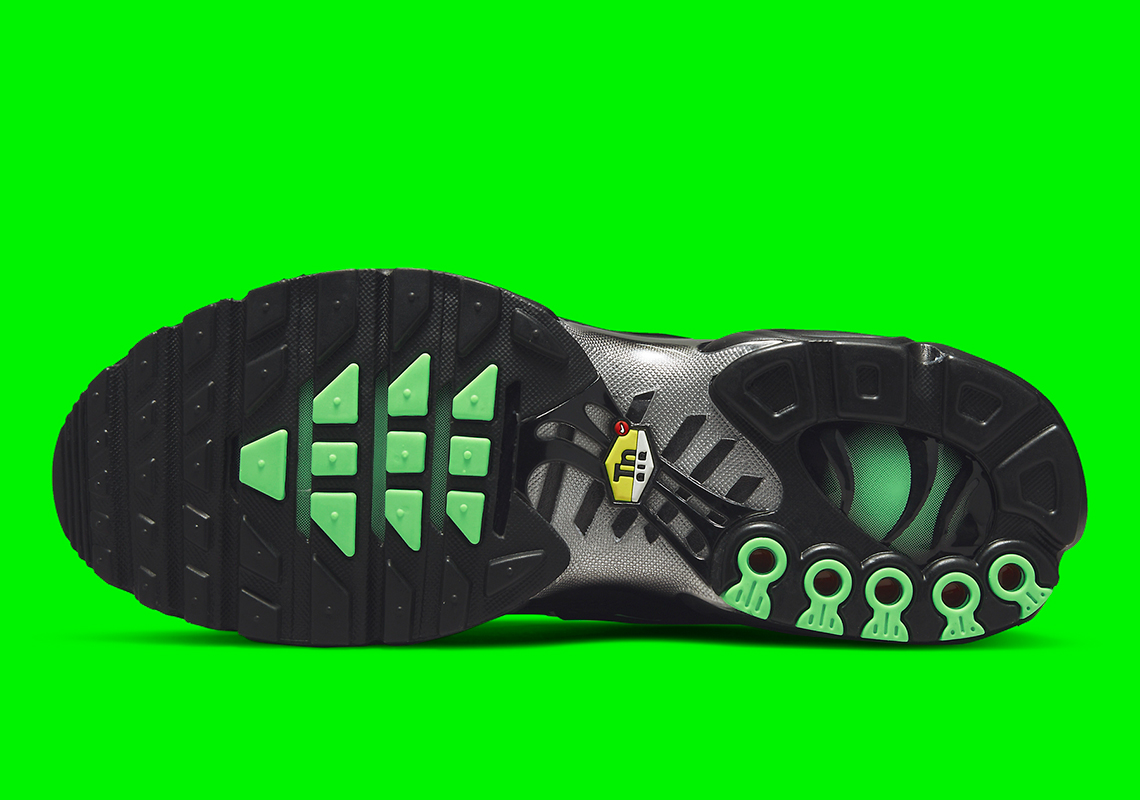 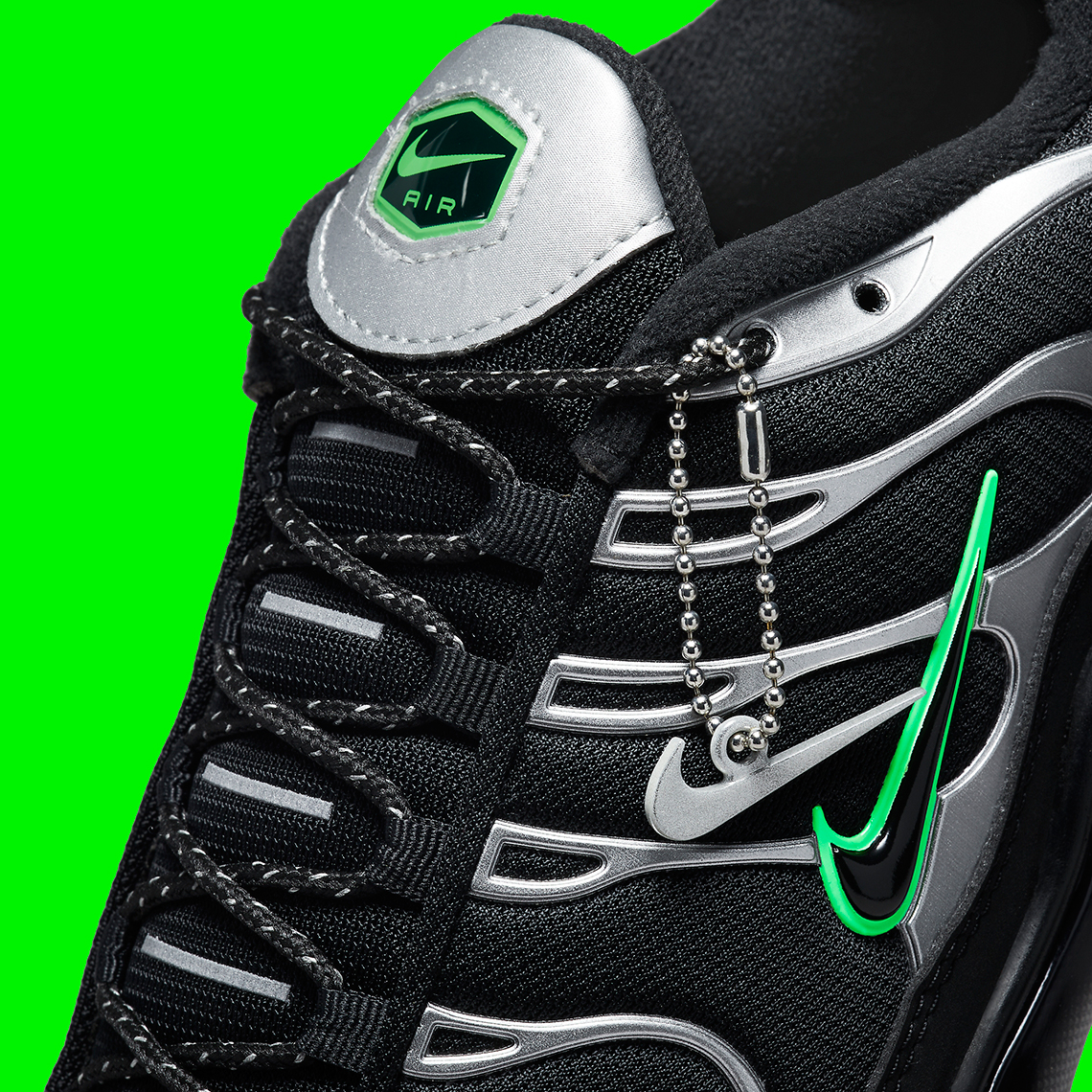 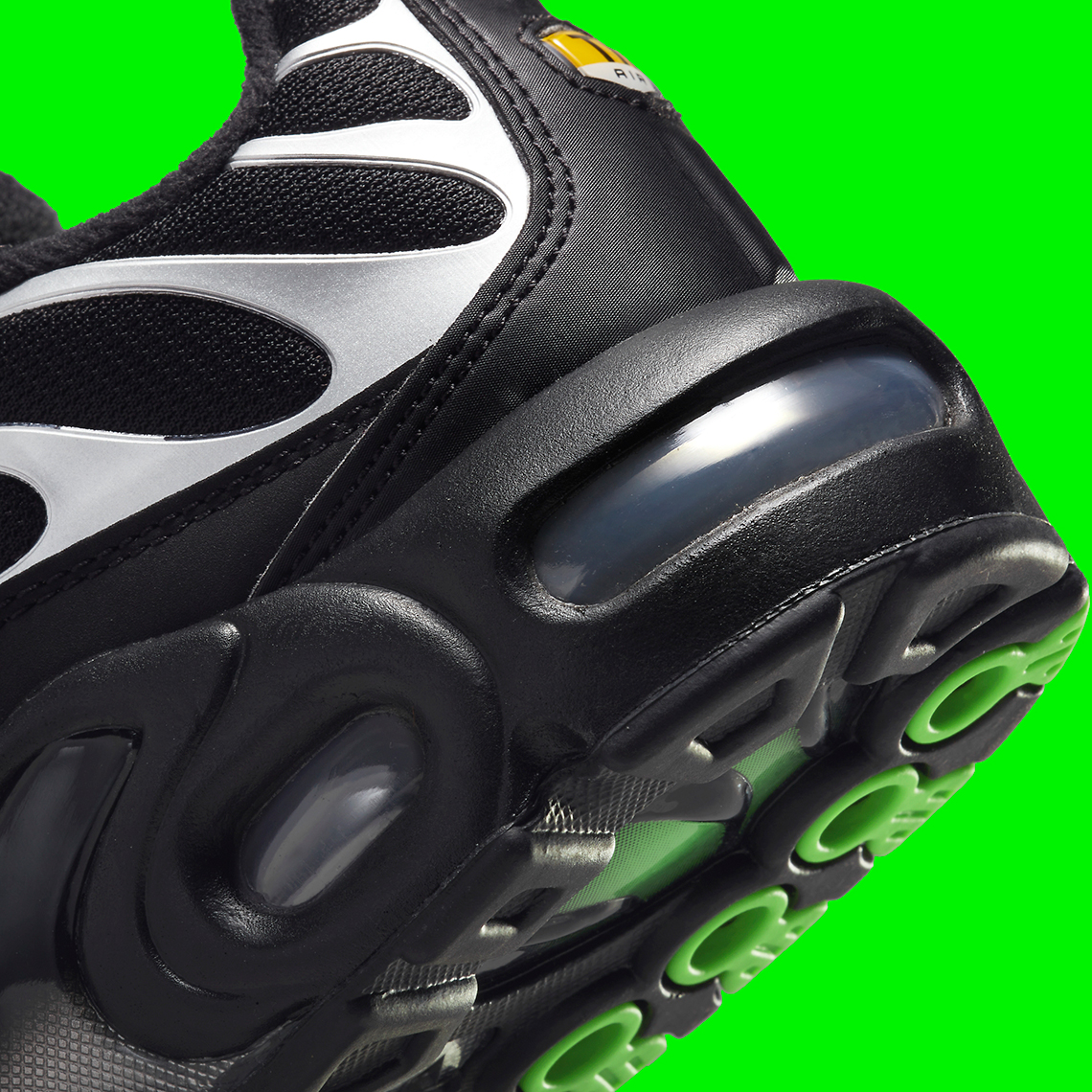 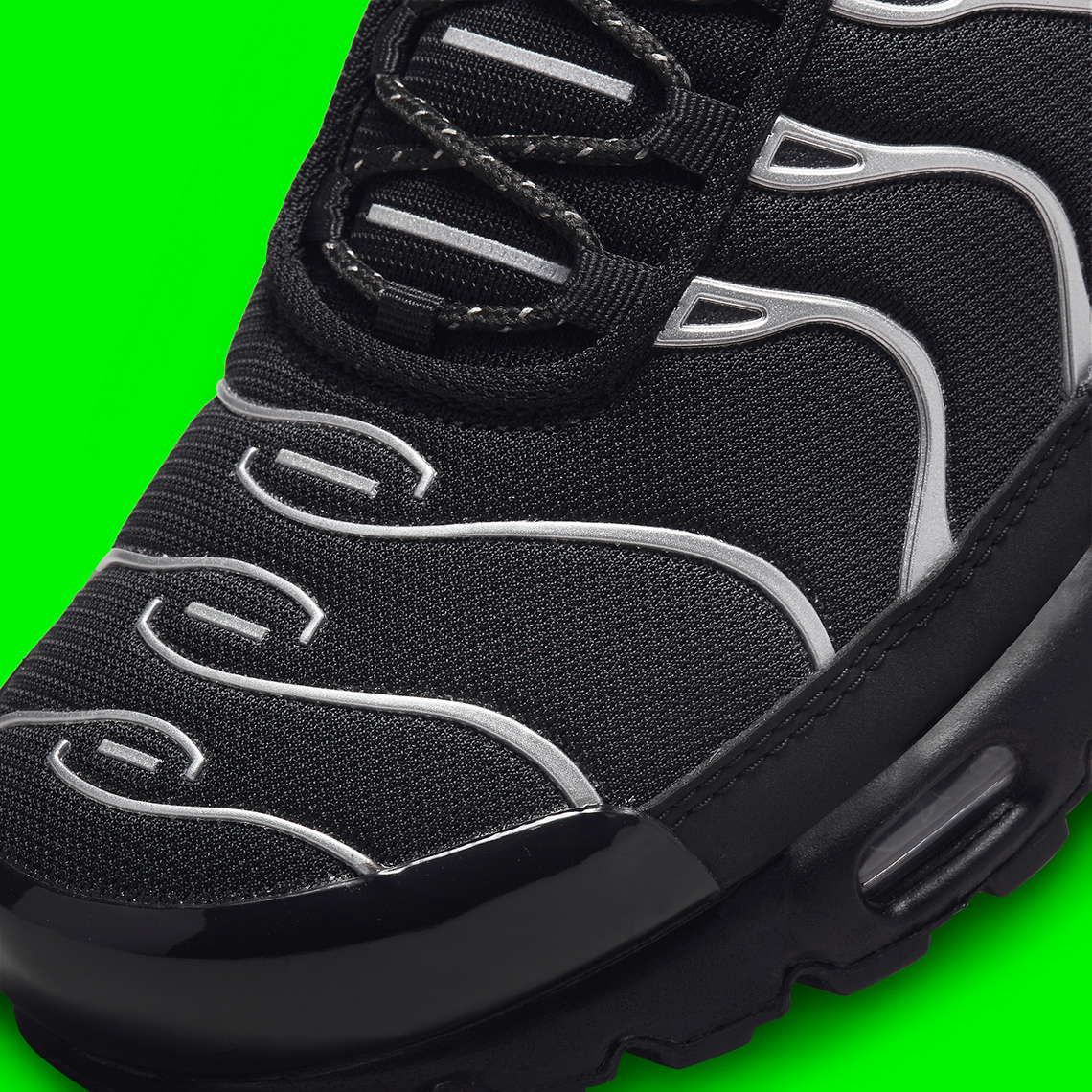