The rumors are true! Lucy Hale has a burning passion for both fashion and film as she takes a turn into a darker role.

Nothing stopped Hale from wearing a vibrant outfit even in the fall season! What a bold and brave move of her which suits her character, Luke Edmunds in Ragdoll, a thriller and true-crime series.

In Good Morning America’s (GMA) interview of her for Ragdoll’s promotion last November 9 in New York City, Lucy flaunted Giuseppe Di Morabito’s colorful floral blouse and flared pants. She was high-spirited as she filled the stage with sophistication and elegance. 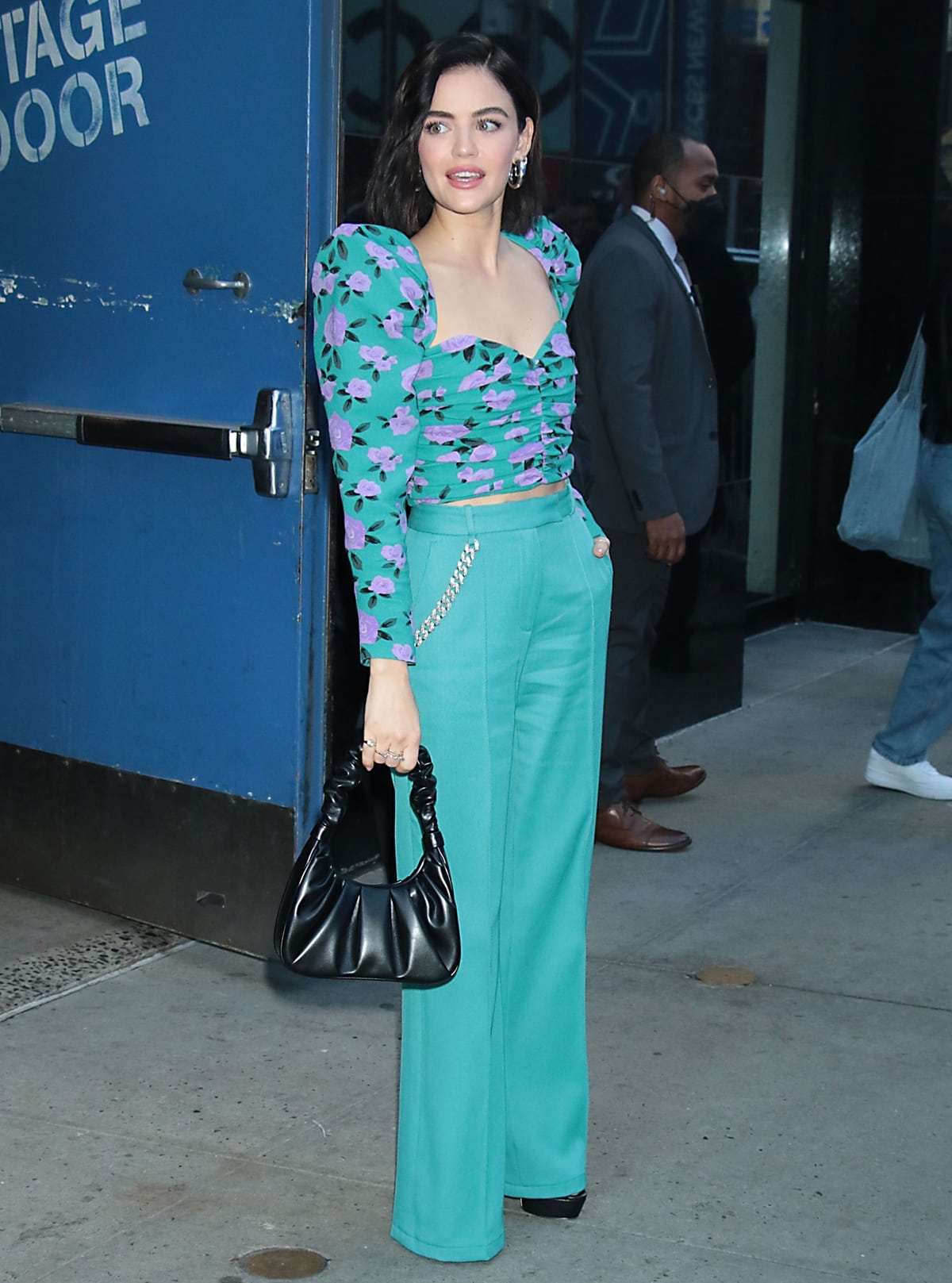 Despite the thrilling and frightful vibe of the series she is promoting, Lucy was able to pull off a fun talk with GMA host Michael Strahan.

During the interview, she shared that she is indeed a ‘true crime junkie’.

“I’m totally on the true crime bandwagon. My mom, sister, and I have a text thread talking about our new favorite true crime podcast. I feel like I’ve almost been preparing for this role without knowing my whole life. Grew up loving Forensic Files ,” said Hale.

She also mentioned the tone of the film: “It’s dark. There should be a disclaimer. It’s pretty disturbing but I’m into that kind of thing.”

Dark mode on — the story of the series concentrates on six people who were murdered, stitched together, and fitted in a single Ragdoll-shaped cadaver. The horrifying dead bodies were left hanging from the ceiling of a flat located in a neighborhood in London. 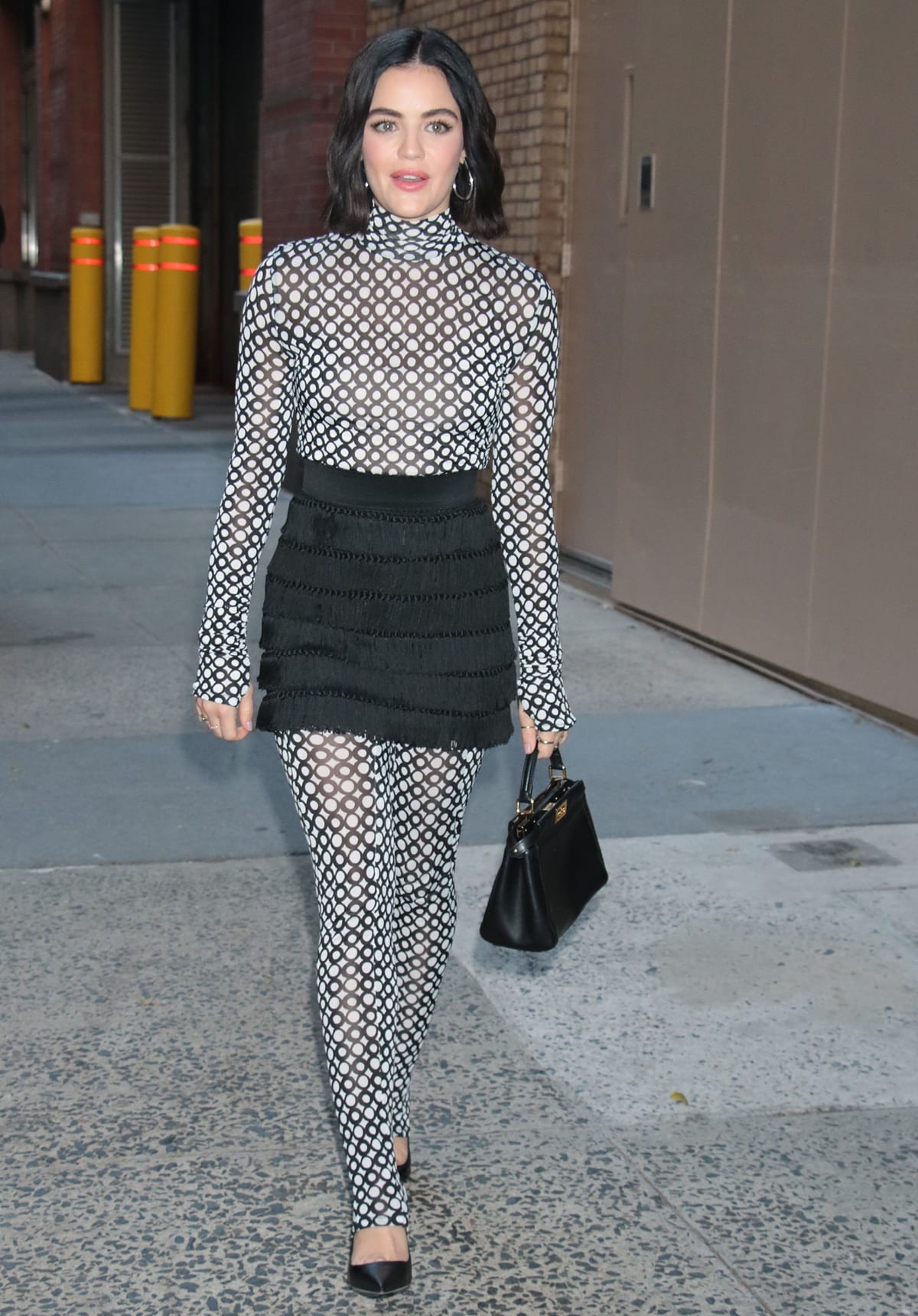 Lucy takes the role of a detective named Lake Edmunds who is responsible for solving the said crime. Will she be successful in unraveling the answer to the mystery? Better watch out!

Based upon the novel of the same name by Daniel Cole that you can buy on Amazon, the thriller series premiered on AMC+ on November 11, 2021

Before turning for a dark role in ‘Ragdoll’, Lucy Hale previously played a role on The Hating Game, a romantic-comedy movie which is said to be released this 10th of December.

Lucy Hale was best known for her famous role as Aria Montgomery in Pretty Little Liars which ran from 2010 to 2017. Then, she starred on ‘Life Sentence’ before being part of ‘Riverdale’ as Katy Keene.

She garnered her first big break back in 2003 when she became one of the five winners of American Juniors, a reality show. 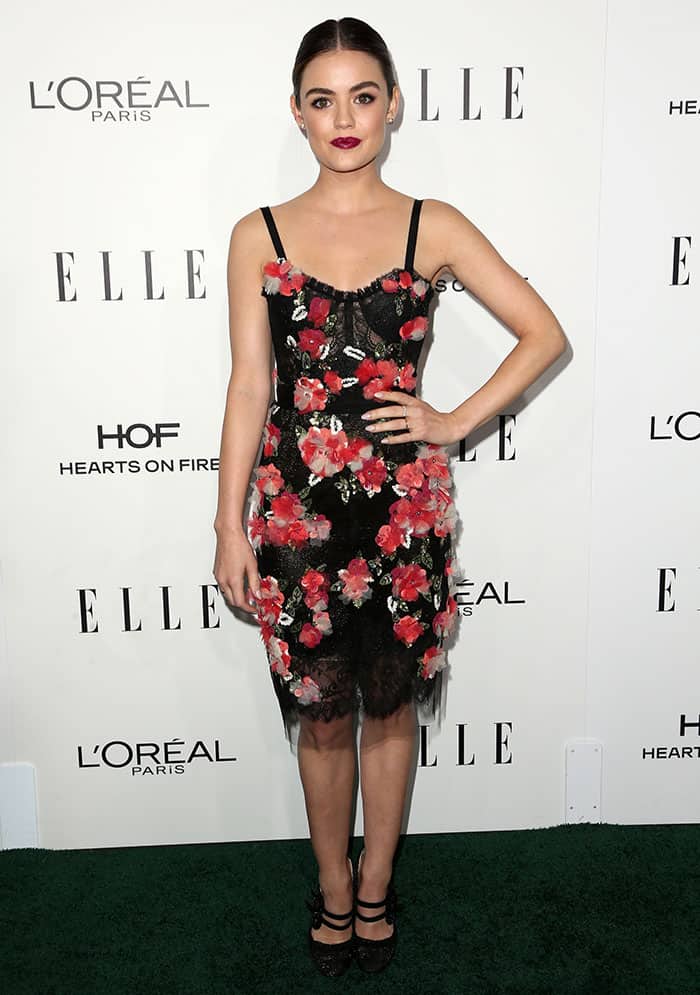 In October 2016, a slew of stylish stars stepped out to attend ELLE’s 23rd Annual Women in Hollywood Awards held at Four Seasons Hotel in Beverly Hills.

“Pretty Little Liars” star Lucy Hale showcased one of the best looks of the evening. She was the picture of feminine sophistication in a girly — yet classy — Marchesa Spring 2017 dress. 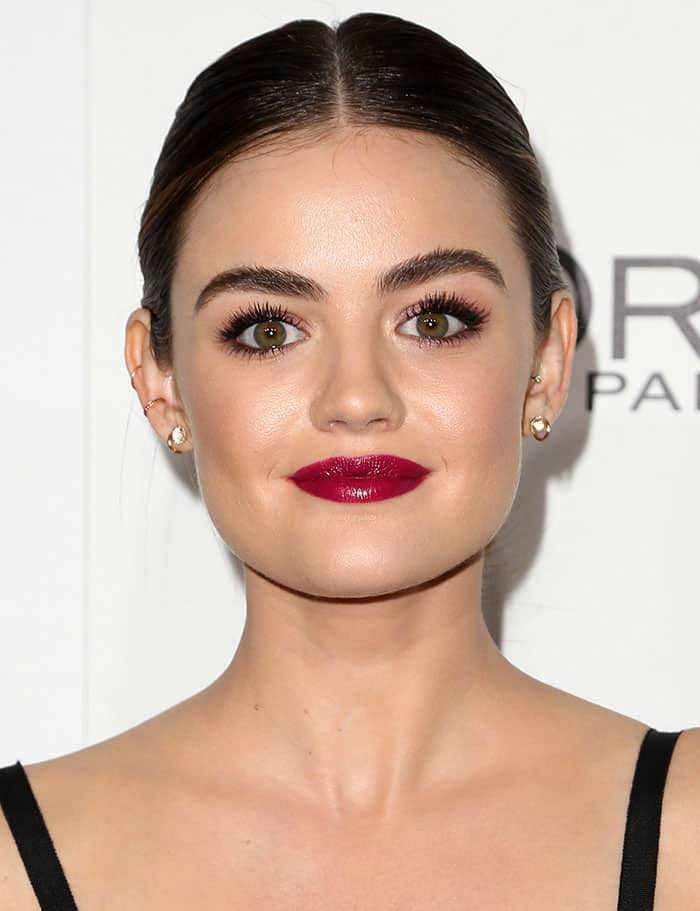 The tiny frock was cute but sexy, with see-through lace trims and red and pink flower appliques.

Lucy Hale simply accessorized her look with a couple of diamond and gold earrings as well as some dainty rings.

She styled her dark brown tresses in a sleek center-parted updo and completed the look with heavy makeup. Her well-defined eyebrows and deep red wine lipstick looked perfect against her rather pale complexion. 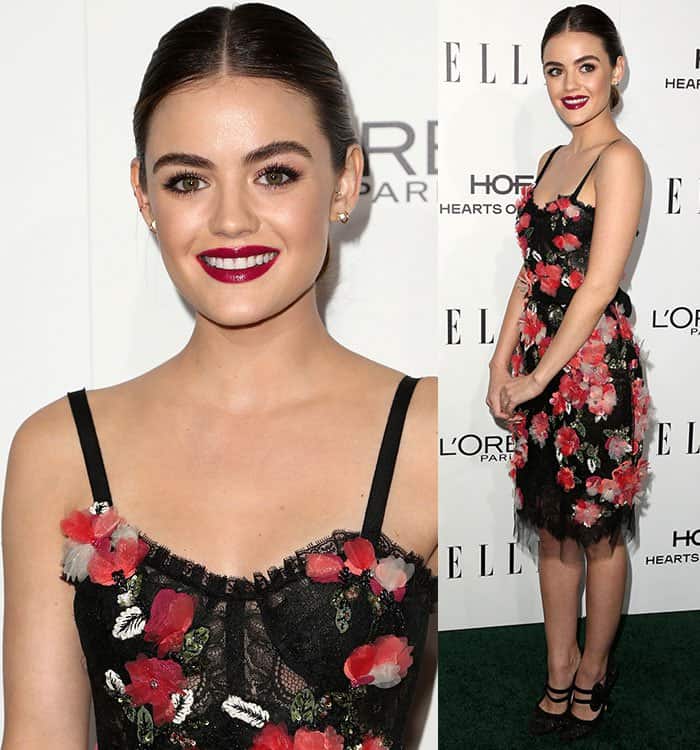 Lucy complemented her frock with a lacy pair of Mary Jane pumps, also by Marchesa. These pumps have velvet trims, adjustable straps with sparkling buckles, and about four-inch heels.