Since joining the Nike SB team, Georgia’s Grant Taylor has helped design some of the most compelling non-Nike Dunk options from the skateboard-obsessed imprint. For the latest Nike SB Blazer Low GT, the 30-year-old rider has employed another American muscle car-inspired ensemble, only this time highlighting a tan colorway.

Akin to other propositions under Taylor’s supervision, the newly-surfaced pair indulges in a combination of hairy suede and canvas materials across its upper. Synthetic leather profile swooshes and heel panels deviate from their tan surroundings in a “colorless” tone, with the latter components introducing ruby-colored “NIKE” text into the mix. Logos on the tongue and sock-liner also follow suit, and borrow an arrangement reminiscent of American muscle cars from the 1970s, in particular Chevrolet’s El Camino utility vehicle produced between 1968 and 1972. Underfoot, the skate-ready Nike Blazer rounds out the relatively-simple makeup with gum brown herringbone-patterned tread.

Enjoy official images of the pair here below, and anticipate a Nike.com launch soon. 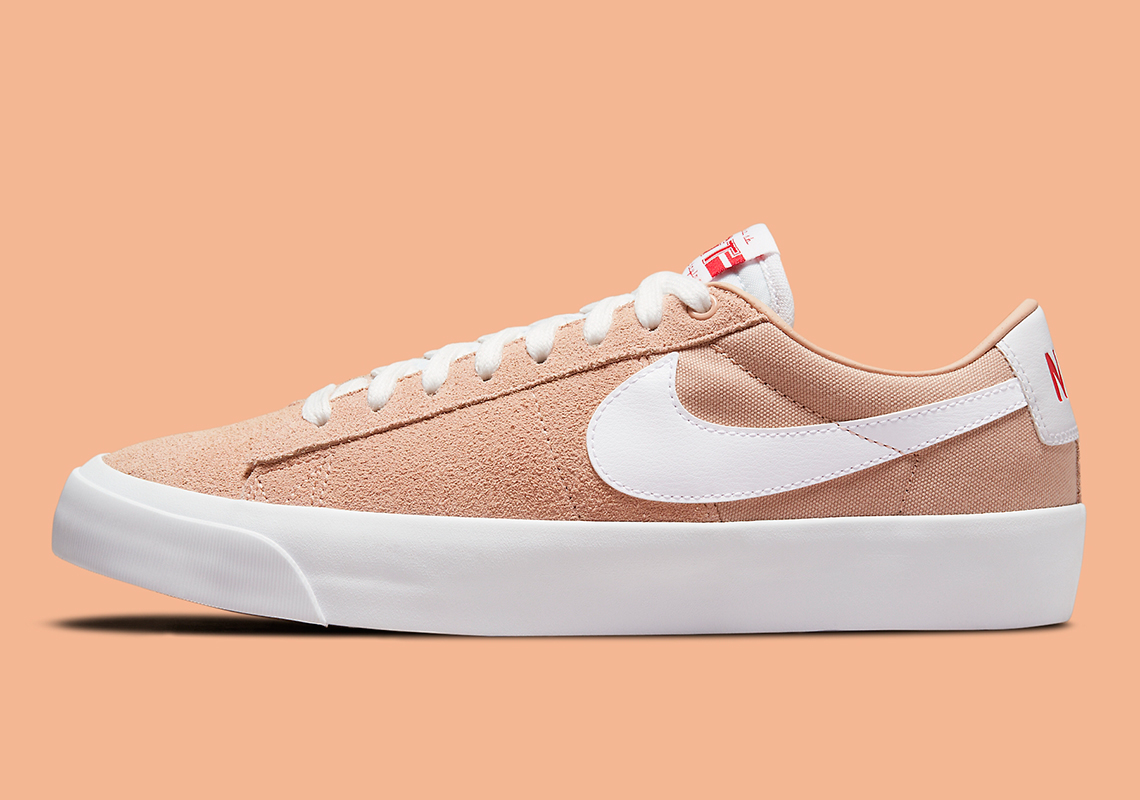 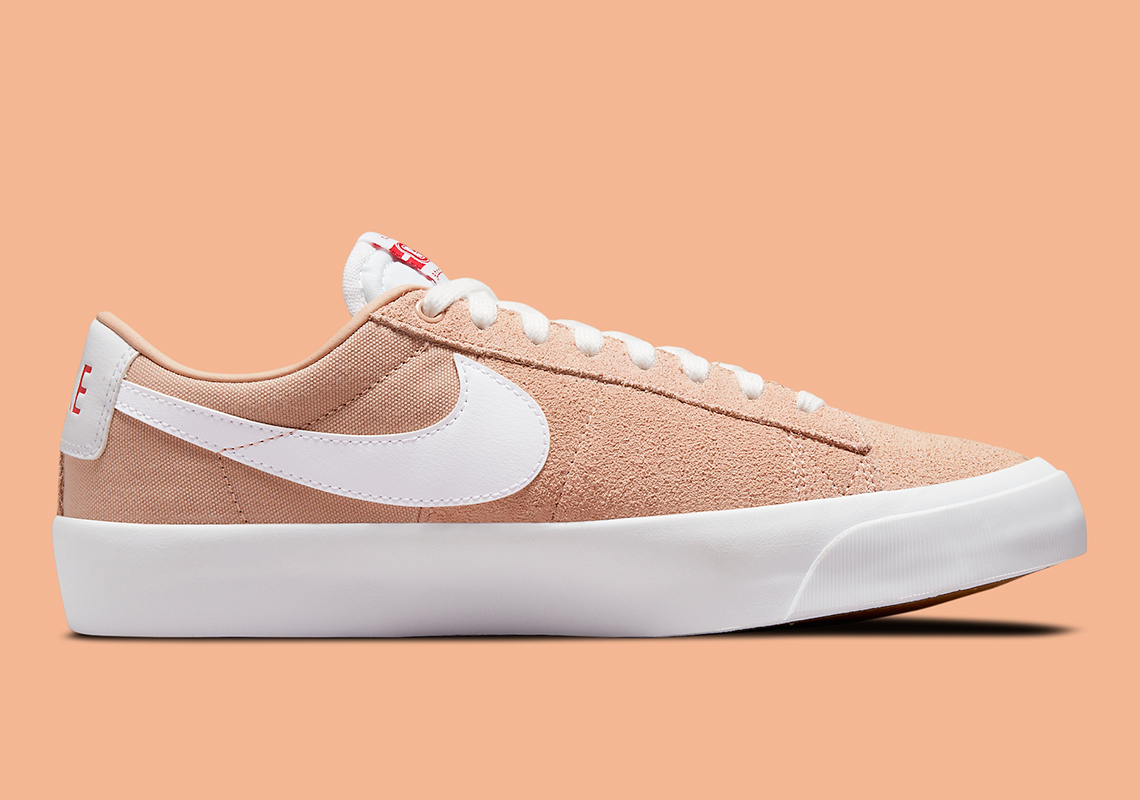 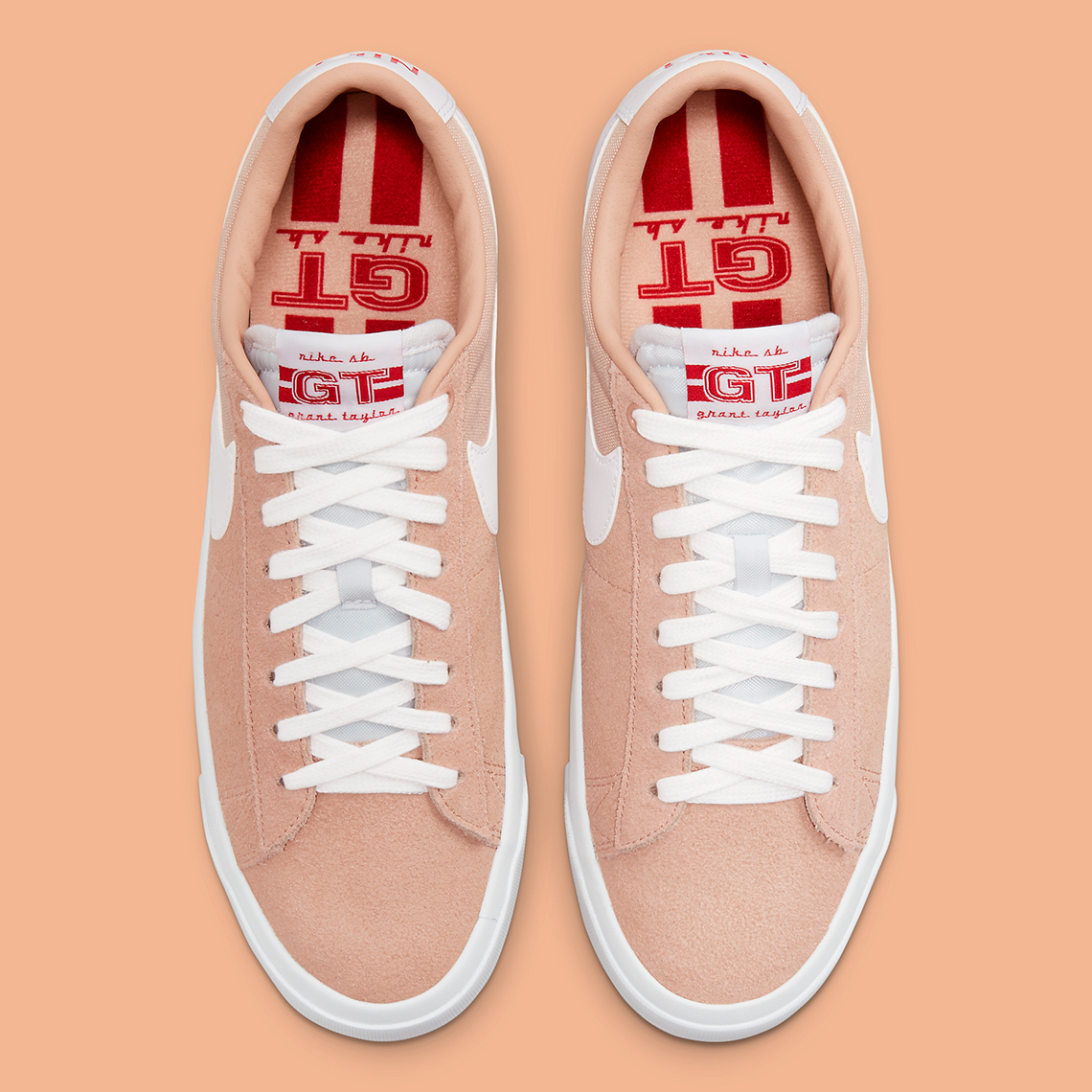 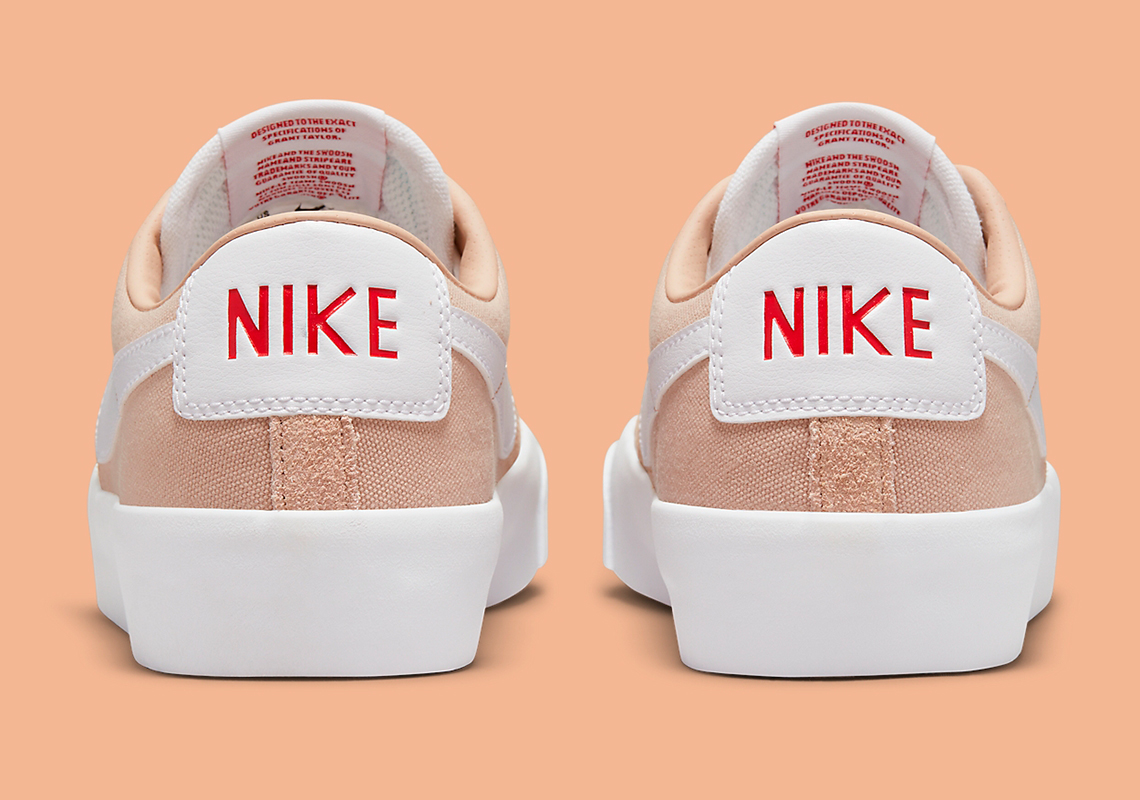 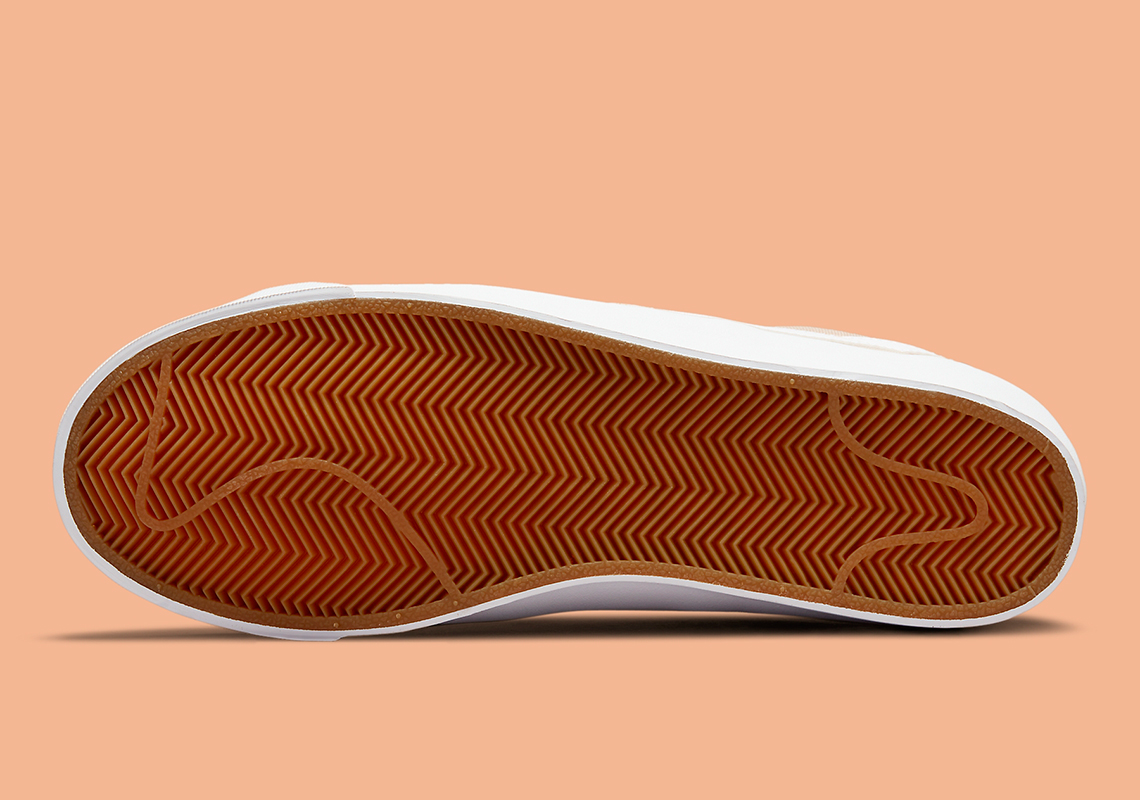 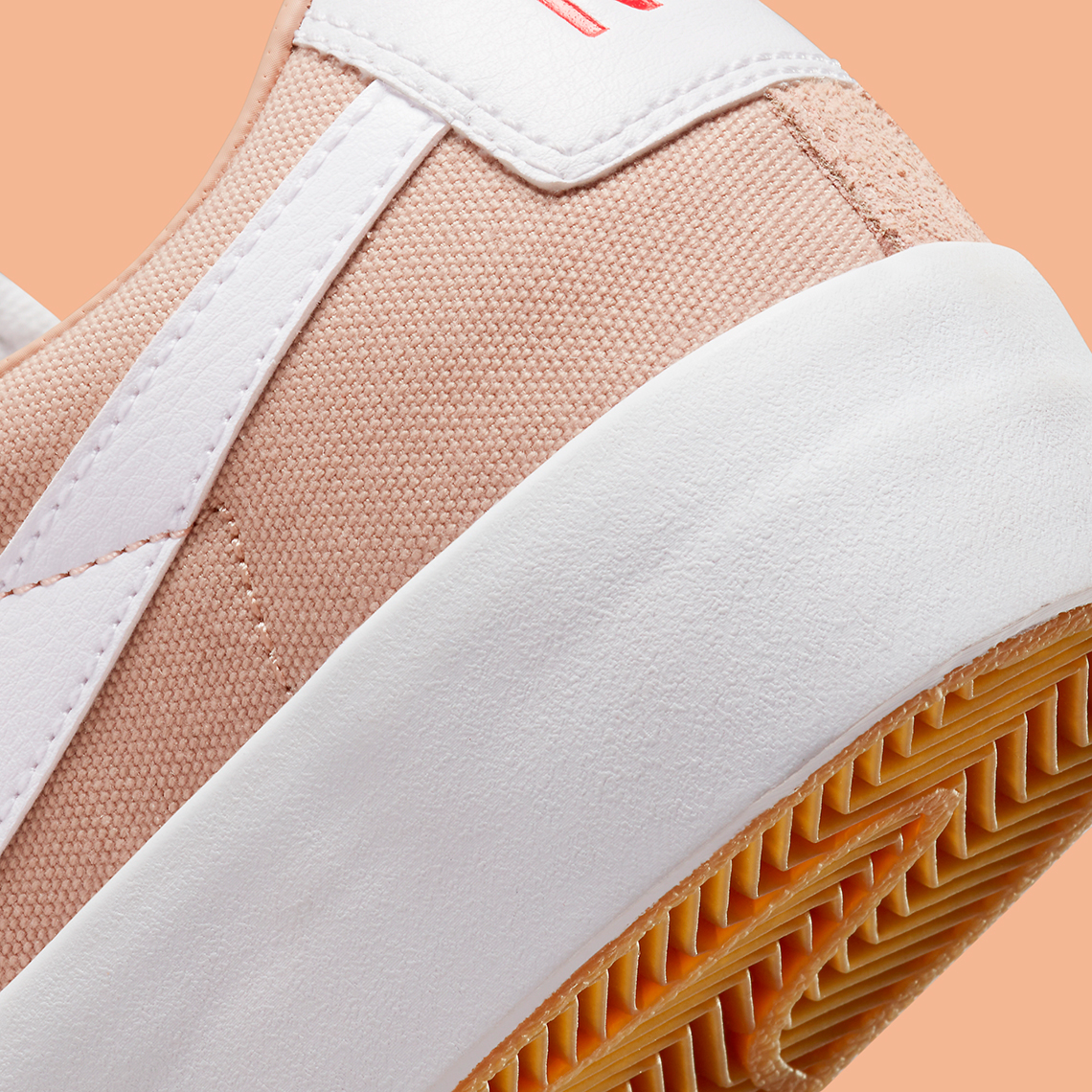 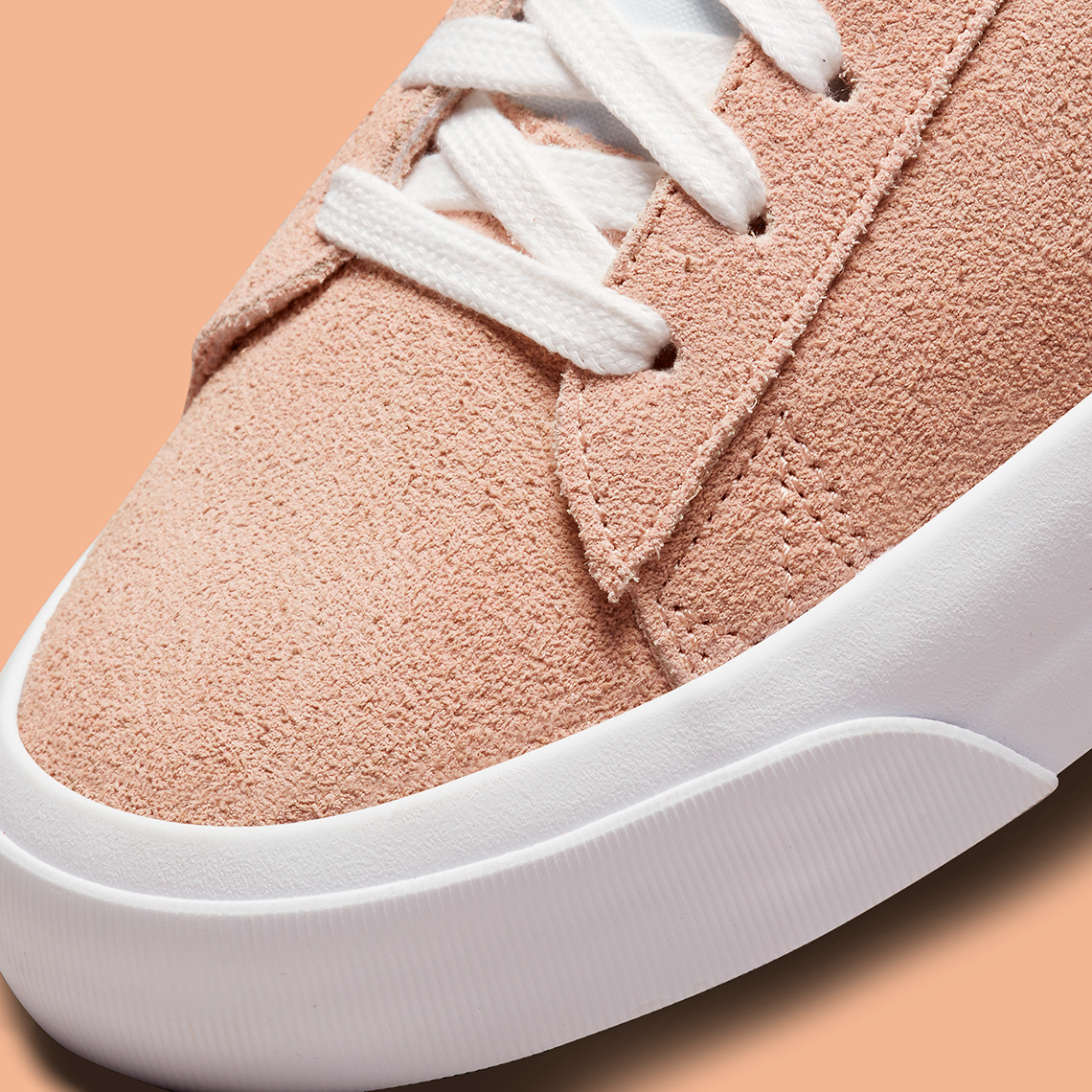