She is set to return as Catherine the Great in the second season of Hulu’s comedy-drama, The Great, on November 19.

First released in May 2020, The Great is a satirical, comedic drama about the rise of Catherine the Great—the last reigning Empress of Russia—from outsider to the longest-ruling female ruler in Russia’s history.

In season two, a pregnant Catherine finally takes over the Russian throne from her husband Peter III, played by Nicholas Hoult. Hulu said of the second season, “Catherine becomes both a mother to Russia and a child.” 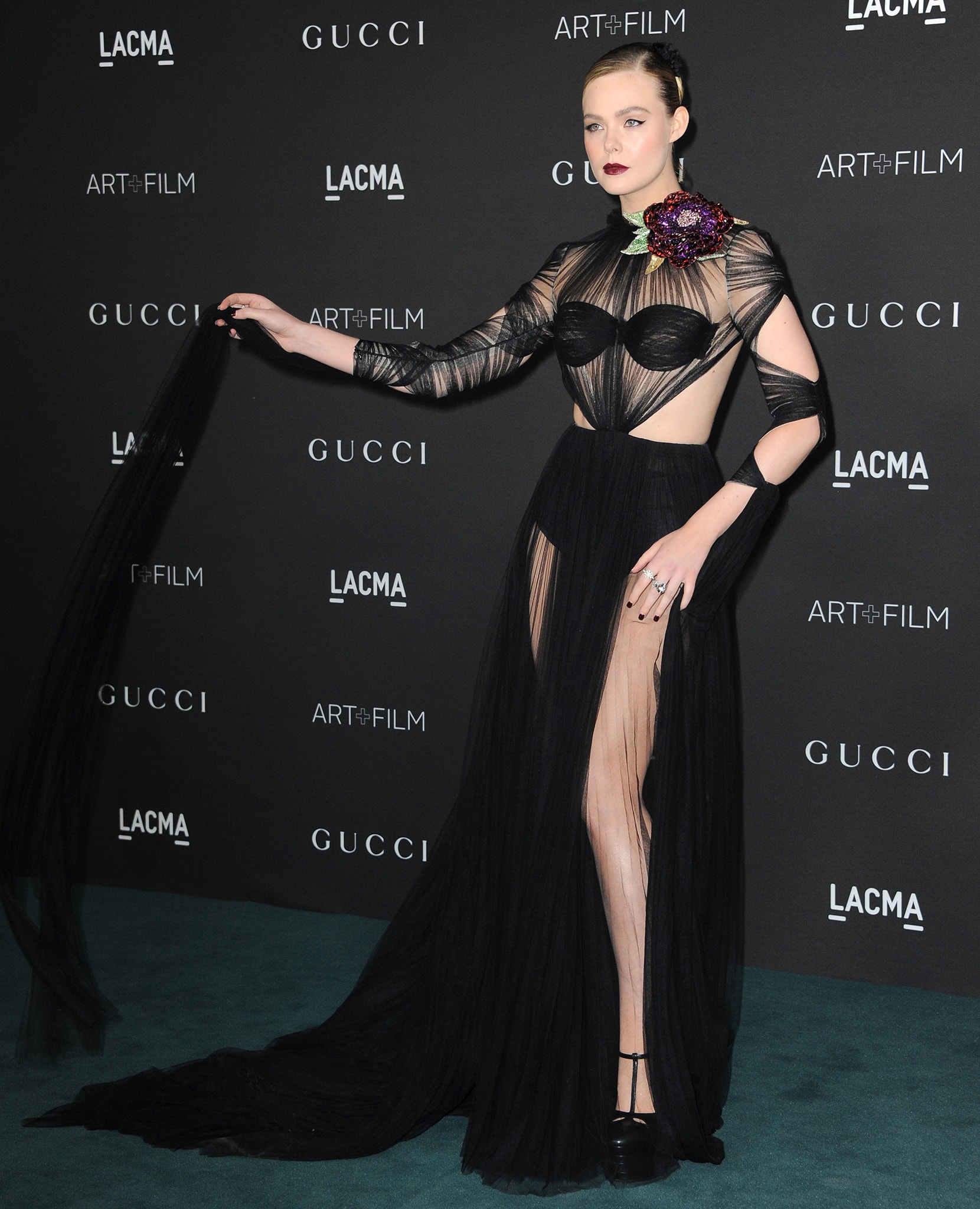 On Saturday, Elle Fanning commanded attention in a sheer black gown as she arrived at the 2021 LACMA Art + Film Gala.

Known for her delicate and feminine red-carpet looks, the 23-year-old actress switched up her style and channeled her inner goth, wearing a Gucci gown cut from see-through sheer fabric.

Elle Fanning’s Gucci gown is made from sheer fabric and features an open back, risky cutouts, and a see-through skirt with a thigh-high slit (Credit: Mega / WENN)

She showed plenty of flesh in the revealing number that features an open back design, diamond cutouts on the sleeves and waist, a ruffled high neck, and long fabric ribbons attached to the sleeves, which she dragged along the carpet like a cape.

The sultry gown beautifully flowed into a completely see-through skirt that has a dramatic train and a risky thigh-high slit.

Underneath her black dress, the Maleficent actress wore a strapless black bra and high-waisted black briefs to protect her modesty. 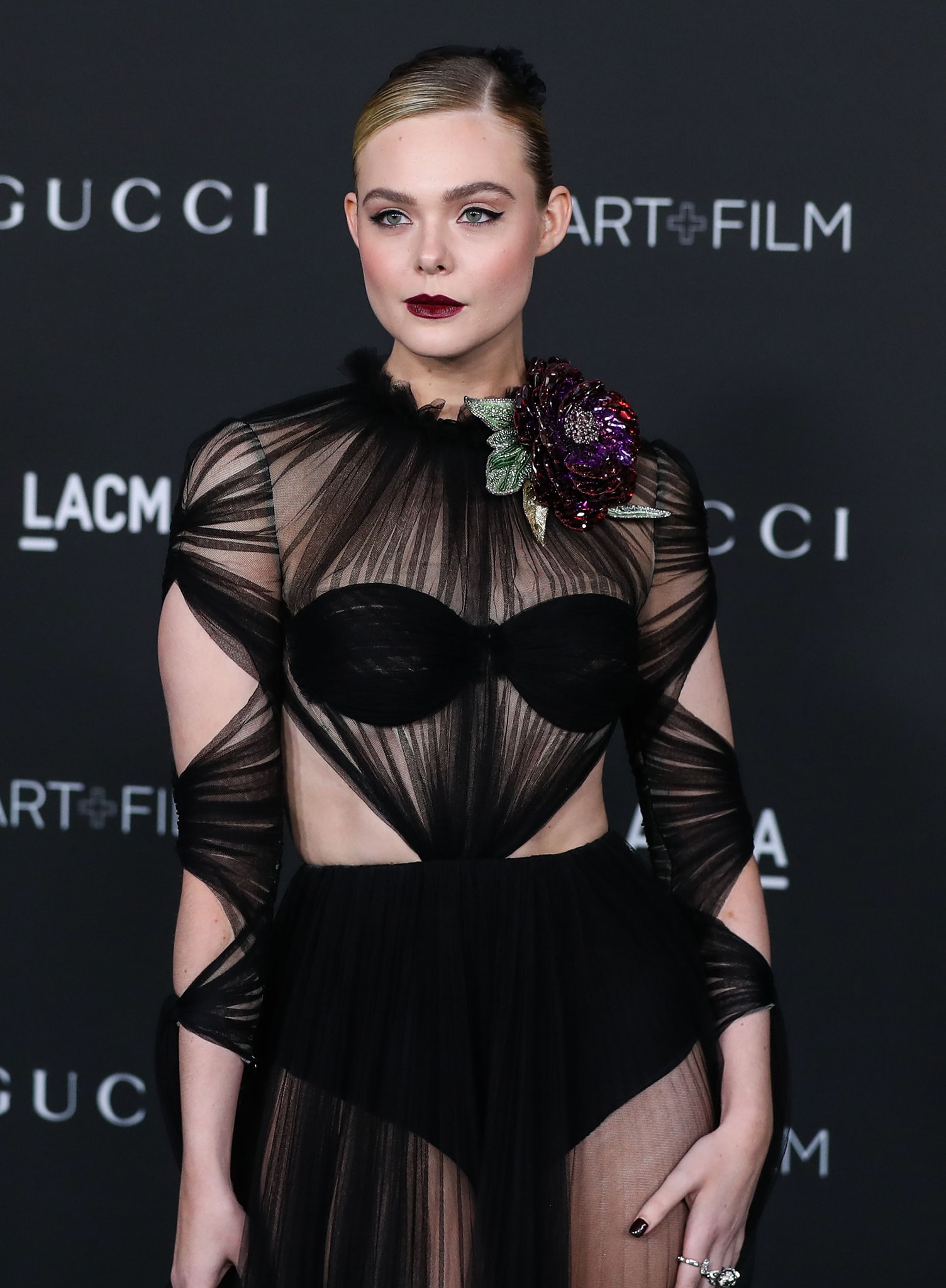 Styled by Samantha McMillen, Dakota Fanning’s younger sister added shimmer to the look with diamond rings and a large purple and red sequined boutonniere on her left collarbone. 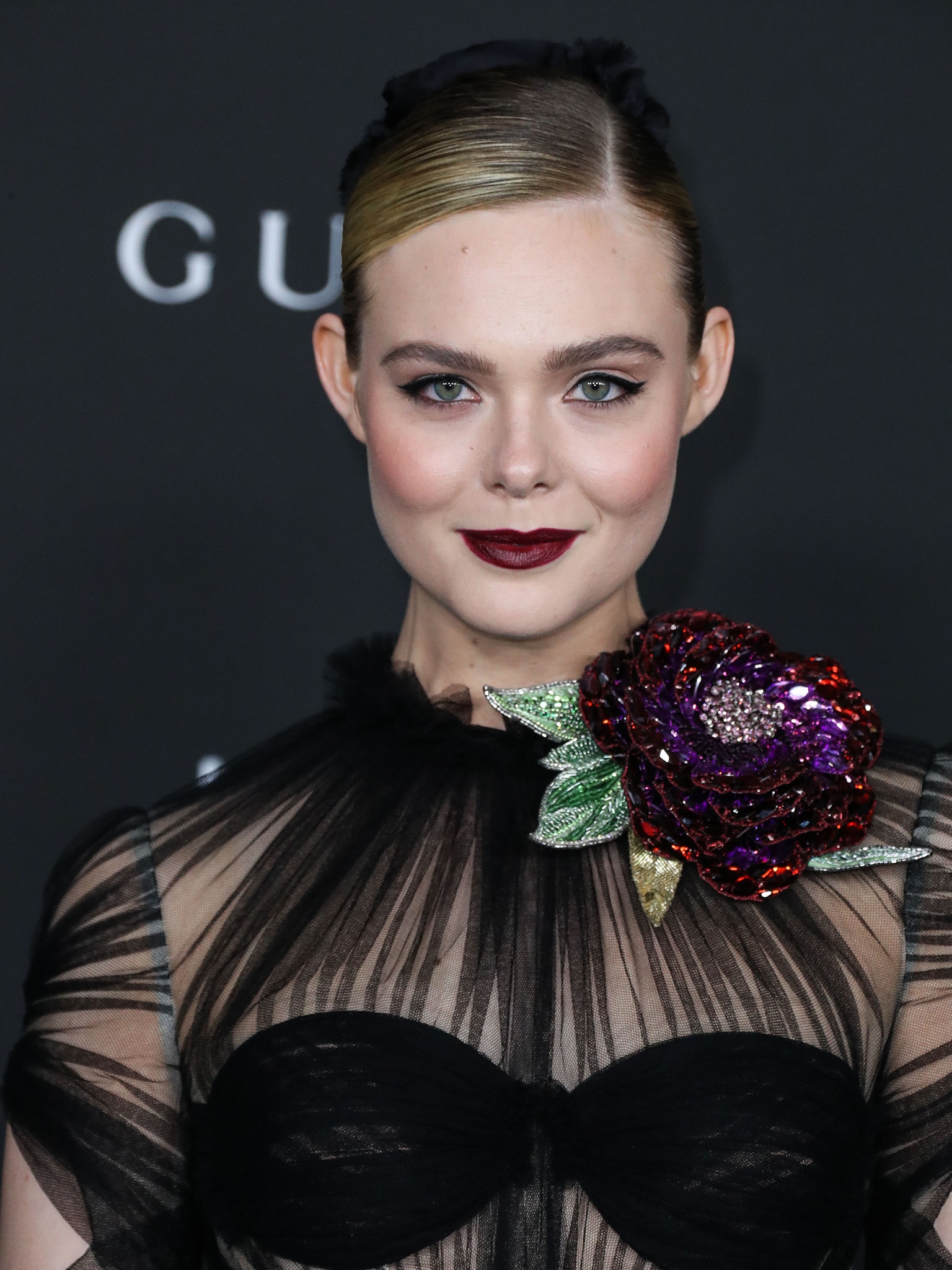 Elle Fanning wears a tight hair bun and glams up further with winged eyeliner and a swipe of burgundy lipstick (Credit: Mega / WENN)

The All the Bright Places star teetered on a pair of sky-high platform sandals, also from Gucci.

She chose the “Angel” leather pumps that boast thin ankle straps and t-straps, tiny cutouts on the closed toes, thick platforms, and about 5-inch towering heels. 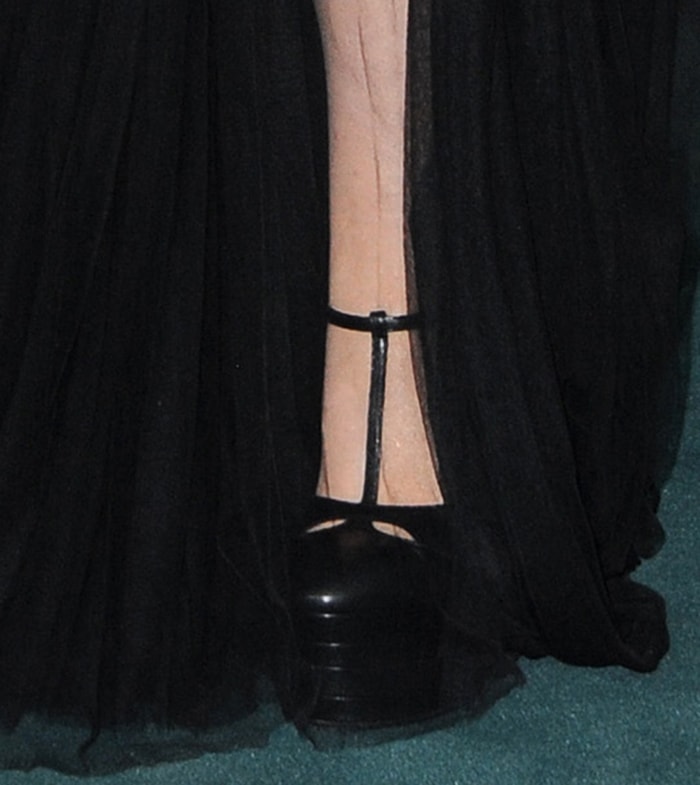