In an interview with Fast Company published this month, Jamie Lee Curtis speaks out about cosmetic procedures and makes clear they don’t work.

“I tried plastic surgery and it didn’t work,” the 62-year-old Halloween actress said in the interview.

“The current trend of fillers and procedures, and this obsession with filtering, and the things that we do to adjust our appearance on Zoom are wiping out generations of beauty. Once you mess with your face, you can’t get it back,” she continued. 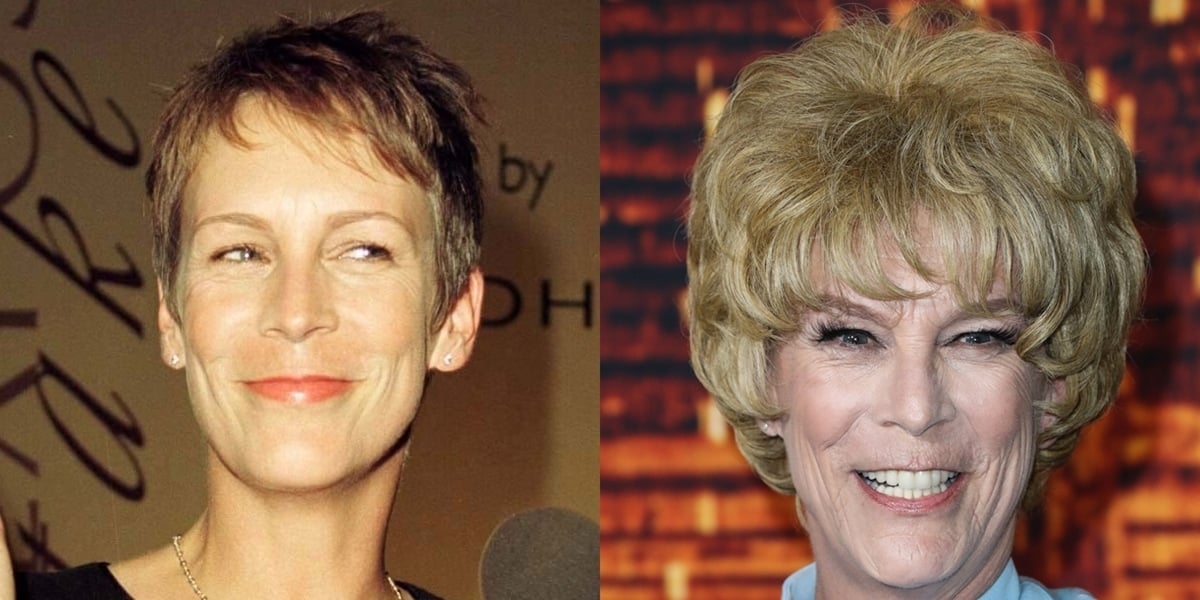 The Knives Out actress also opened up about her relationship with social media.

“I use social media to sell things and amplify things I care about. Period. The rest is cancer. I never read one comment. I believe I can do my job and have a private life. I believe in the separation of church and state. I believe that I do not owe anybody anything once I’ve done my work,” she said.

“I am by nature a super-friendly person, but I also have a very clear boundary of what is appropriate and inappropriate for me to share. There’s some remarkable good that has come from social media: I love the exposure to amazing people doing amazing things, to activism. The best example is Greta Thunberg. I’ve been inspired watching the movement she created. It’s also very dangerous. It’s like giving a chain saw to a toddler. We just don’t know the longitudinal effect, mentally, spiritually, and physically, on a generation of young people who are in agony because of social media, because of the comparisons to others. All of us who are old enough know that it’s all a lie. It’s a real danger to young people.” 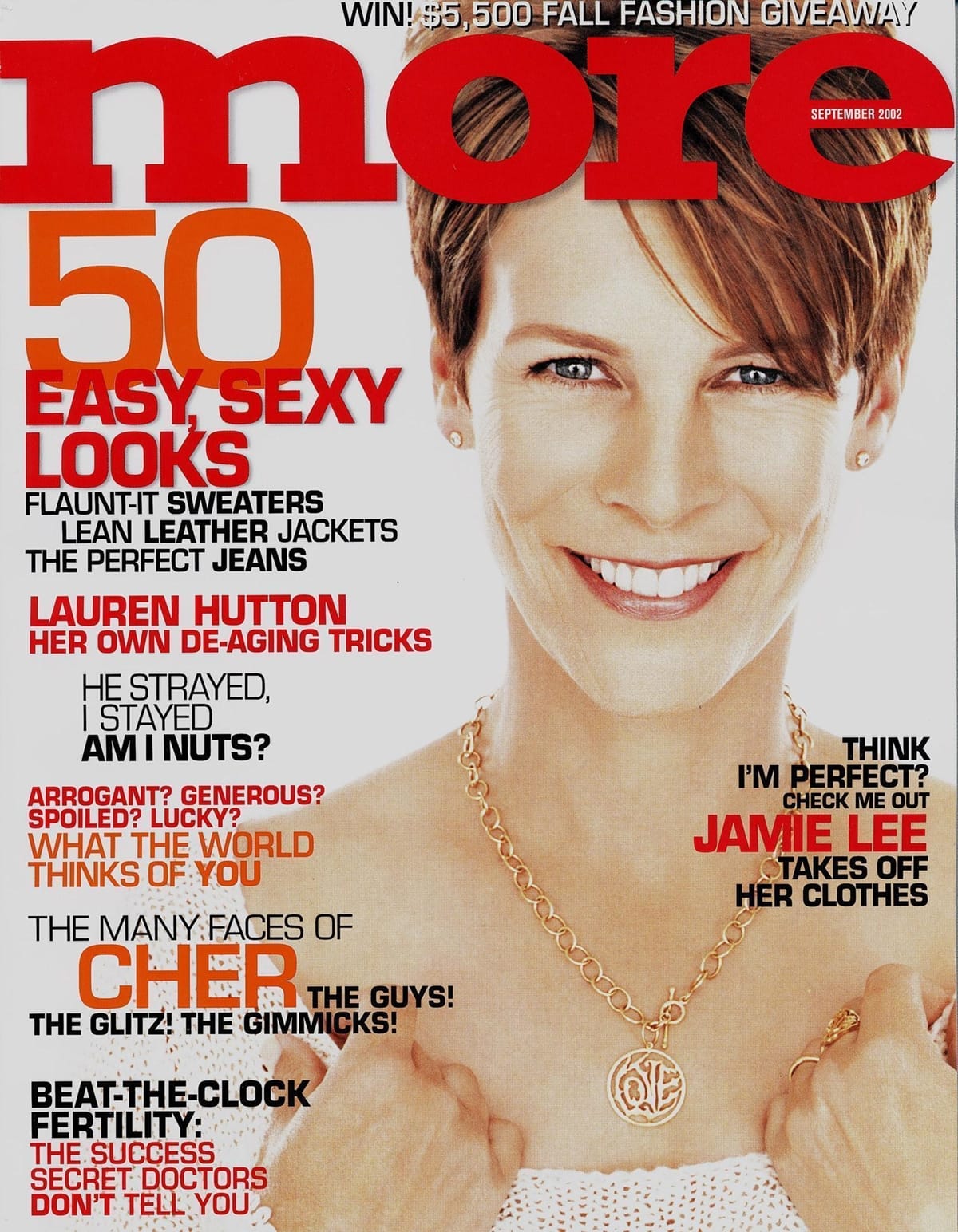 In September 2002, Jamie Lee Curtis posed for More magazine with no makeup and no retouching (Credit: More / WENN)

In 2002, Jamie Lee Curtis also spoke about plastic surgery in an interview with More, a women’s lifestyle magazine that ceased operations in 2016. “I’ve had a little lipo. I’ve had a little Botox. And you know what? None of it works. None of it,” she said. “It’s such a fraud. And I’m the one perpetuating it.”

“I don’t have great thighs. I have very big breasts and a soft, fatty little tummy. And I’ve got back fat,” the then 43-year-old actress made clear.

“People assume I’m walking around in little spaghetti-strap dresses. It’s the insidious Glam Jamie Jamie, the Perfect Jamie, the great figure, blah, blah, blah… It’s such a fraud. And I’m the one perpetuating it.” 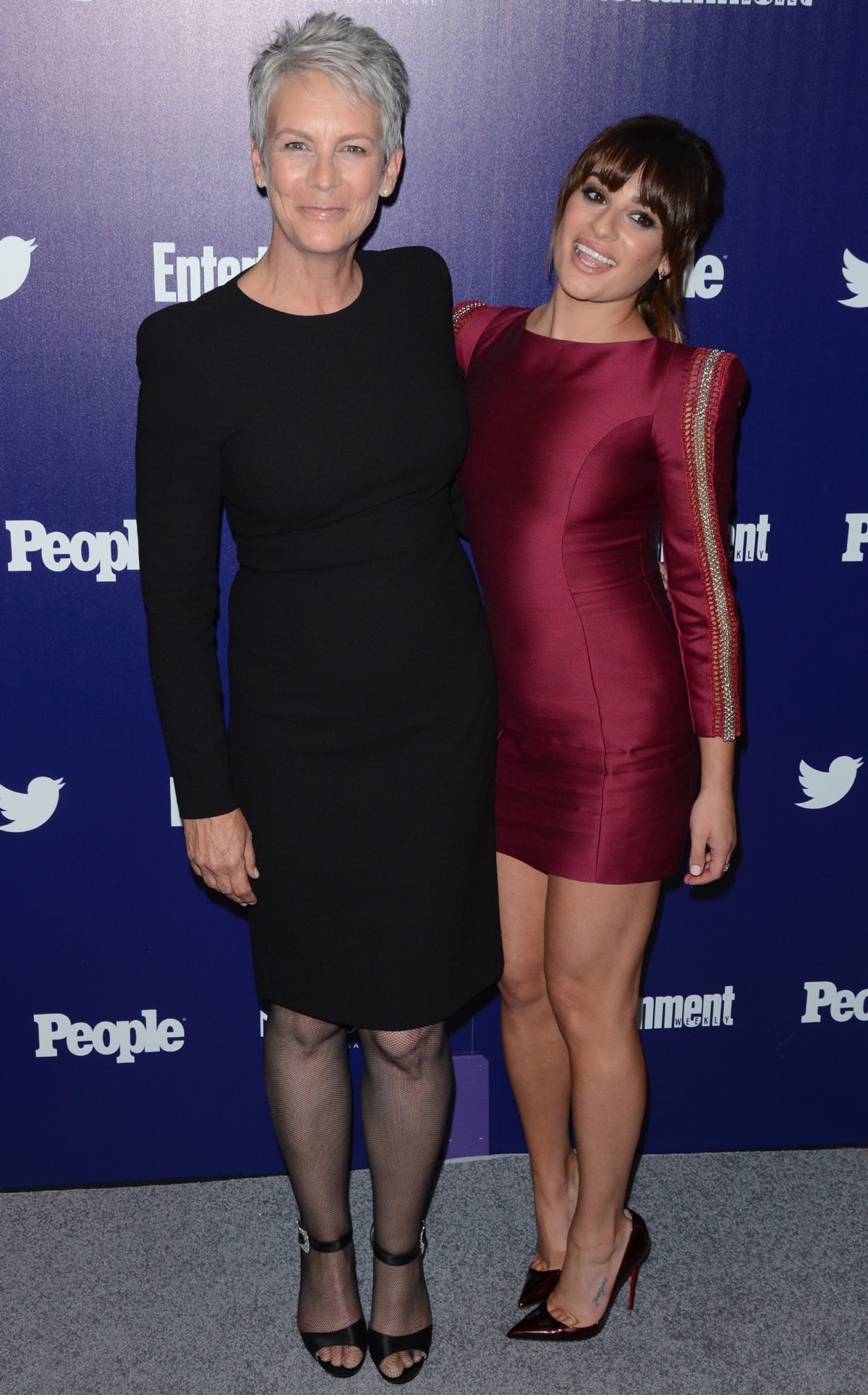 “I would hope a young person would look at me with my grey hair and wrinkly face and say, ‘That’s cool that you are who you are,’” Curtis told Glamour UK in 2019. 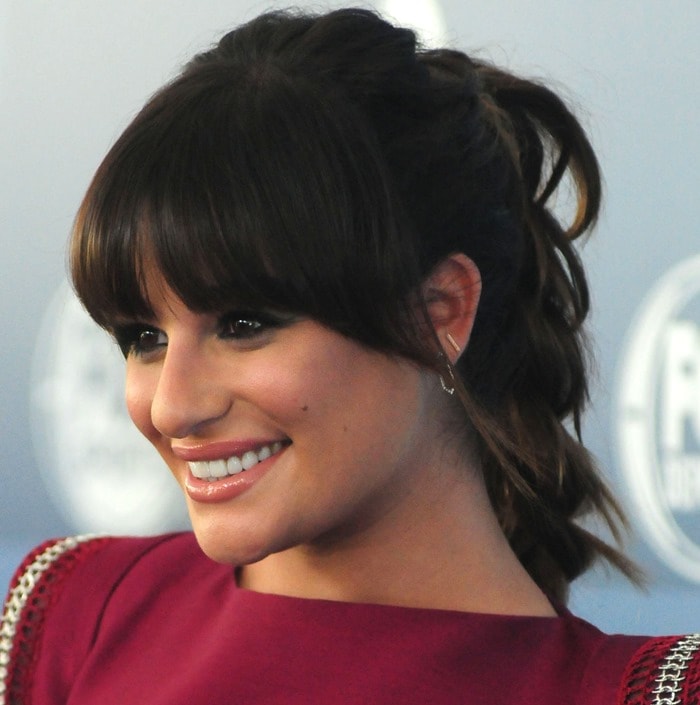 The then 28-year-old actress donned a burgundy mini dress from the Zuhair Murad Pre-Fall 2014 collection featuring metallic detailing on the sleeves. 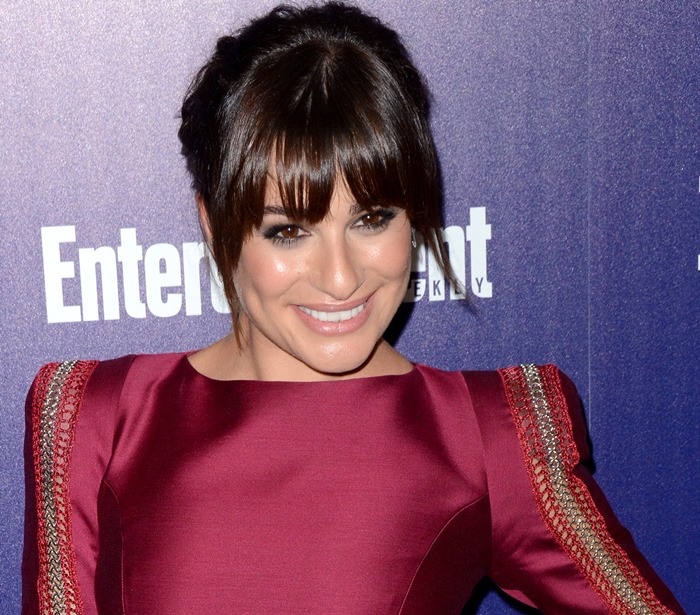 Lea accessorized with Rachel Katz jewelry and completed the outfit with a pair of “So Kate” pumps from Christian Louboutin. 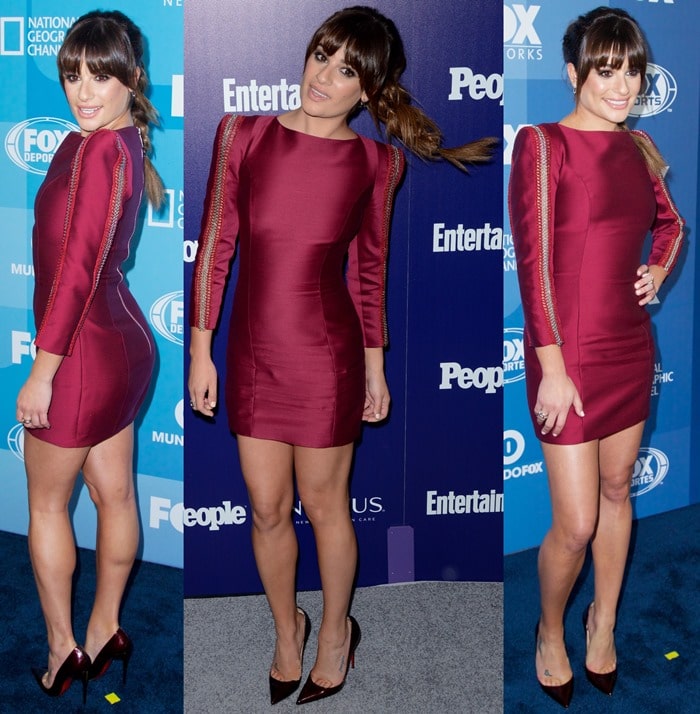 However, not only did her shoes look quite uncomfortable, but we also think she should have picked a different color and style to pair with this dress. Are you a fan of her foot tattoos? 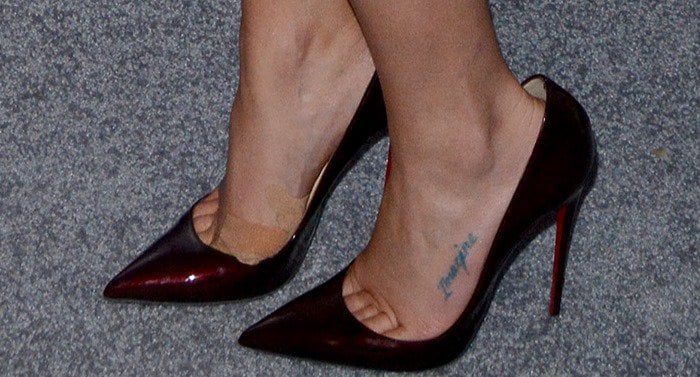 You can find the popular So Kate style in many variations at Nordstrom and Mytheresa. 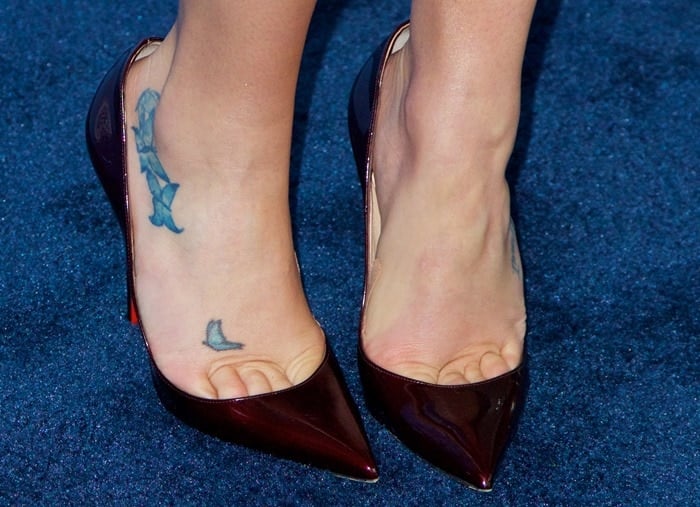 How do you like Lea’s Zuhair Murad dress and Christian Louboutin pumps? 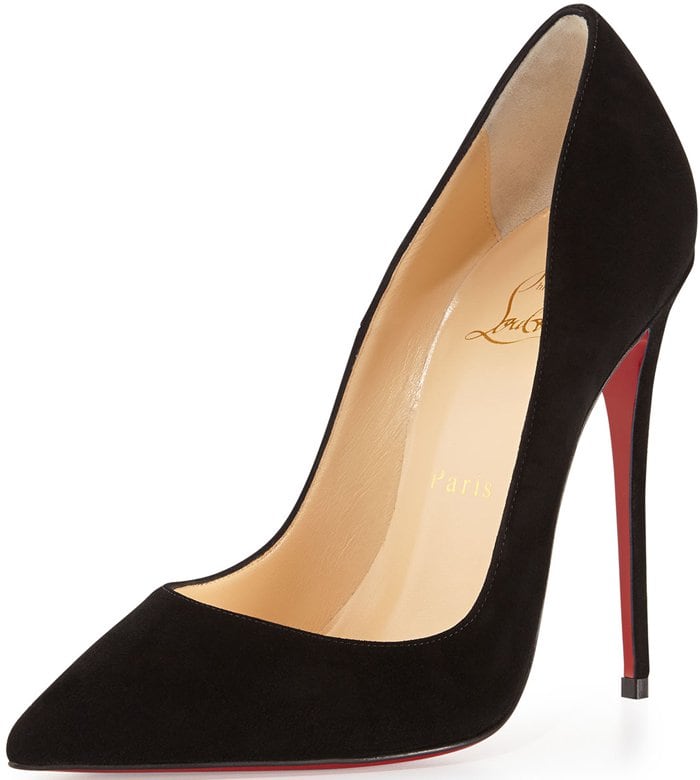 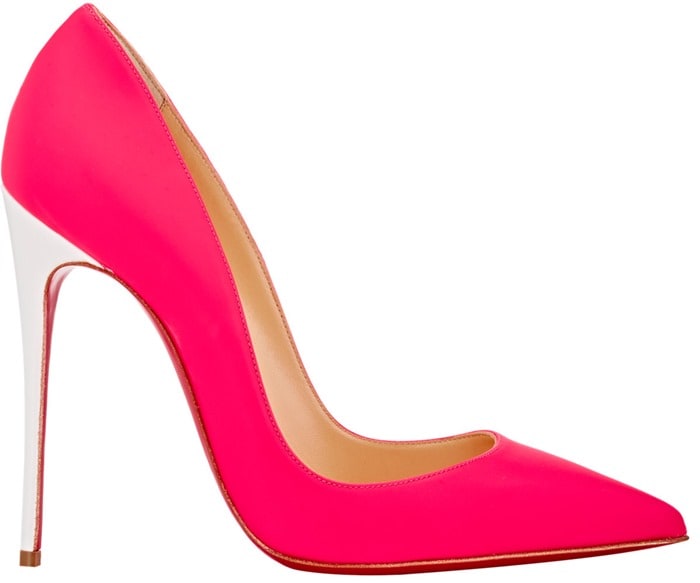 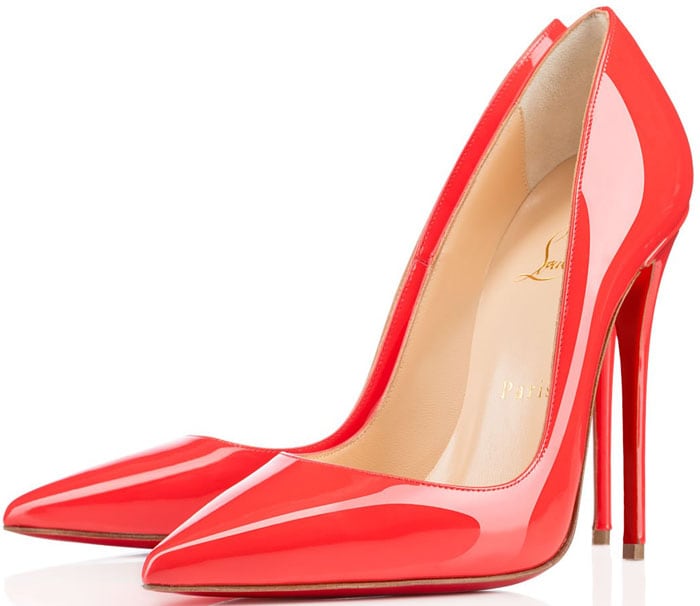 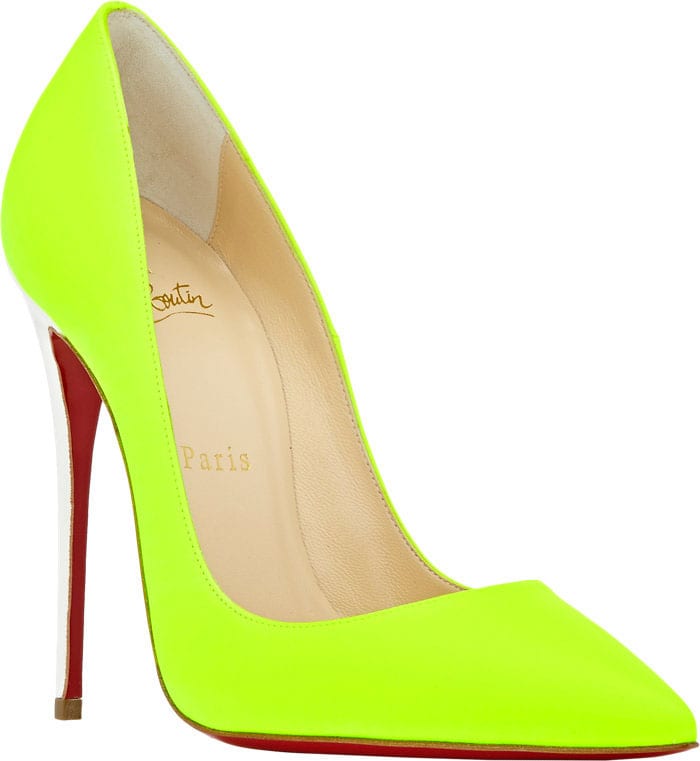 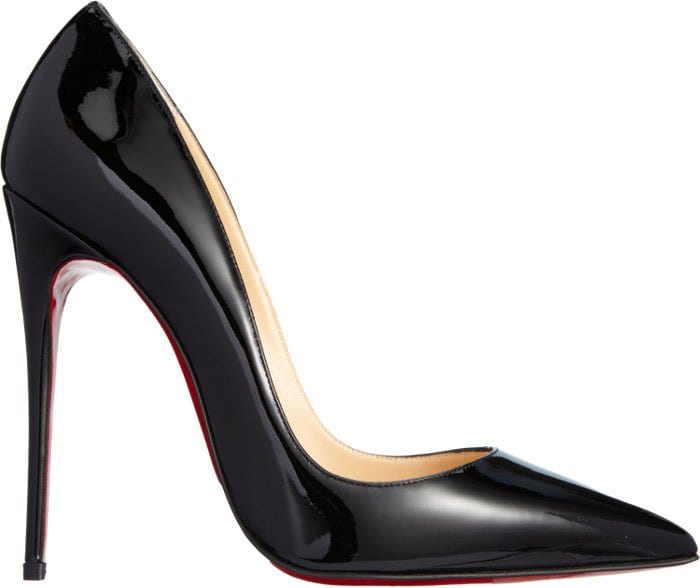 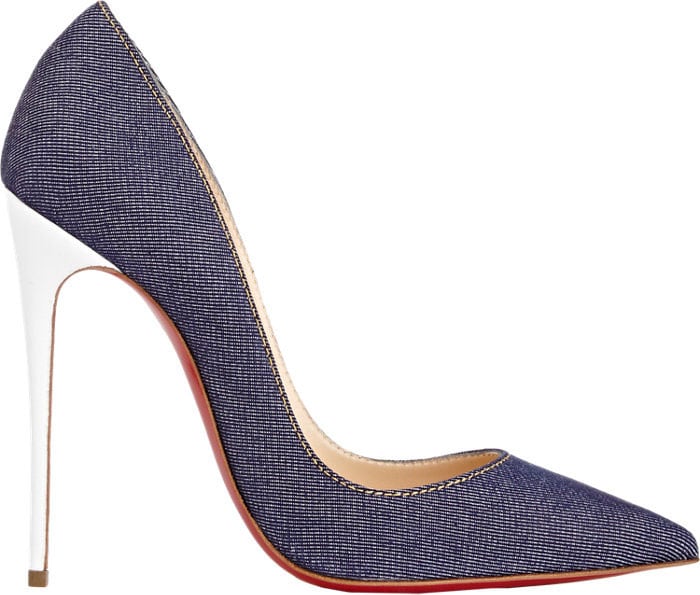 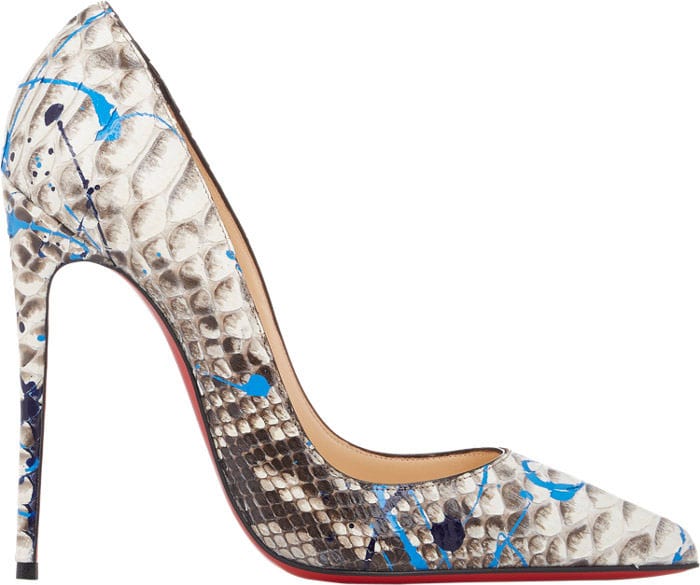 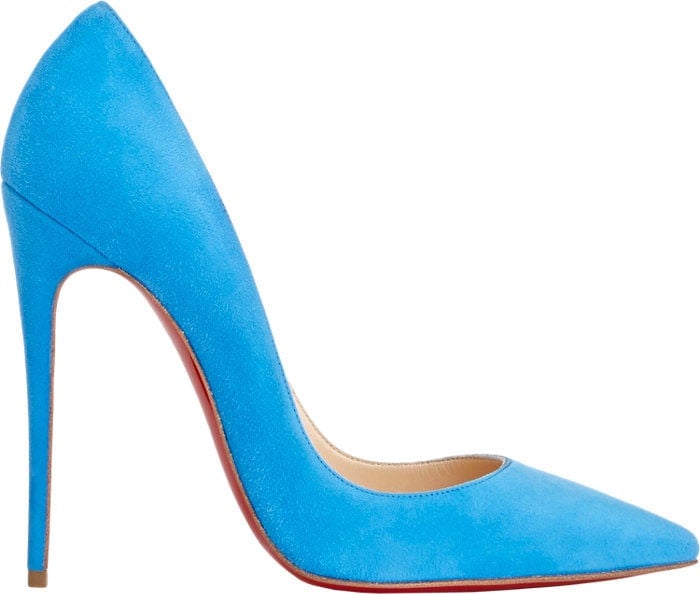