It now appears the rumors swirling on social media that Chris Evans and Selena Gomez might be dating have a very poor foundation.

A widely circulated photo showing the Wizards of Waverly Place actress and the American actor leaving the same studio in Los Angeles turns out to be from 2019.

The 29-year-old singer and the 40-year-old Avengers star have not commented on the rumors. Chris Evans started following Selena on Instagram on September 24, 2021, and she’s publicly commented on his good looks.

“I kind of have a crush on Chris Evans. Isn’t he cute? He’s very cute,” Selena said on Watch What Happens Live in 2015.

After television talk show host Andy Cohen mentioned that Chris‘ brother Scott Evans was the bartender on the show one week earlier, she exclaimed, “Really? Last week? Maybe it’s meant to be.”

A fan tweeted, “Honestly if someone was going to date my man Chris Evans then I’m glad it’s Selena Gomez.”

“Chris Evans and Selena Gomez finding out they are in a relationship and they didn’t know about it,” another fan joked.

Chris Evans and Selena Gomez finding out they are in a relationship and they didn’t know about it pic.twitter.com/fCxSkdiCi7

In July 2020, Christopher Robert Evans was linked to Mamma Mia 2 actress Lily James after they were spotted enjoying ice cream cones on a date at a local park in London, England. Neither of them commented on the relationship.

His last confirmed relationship is with Jenny Slate, whom he dated for just under a year until their split in February 2017 “due to conflicting schedules.” 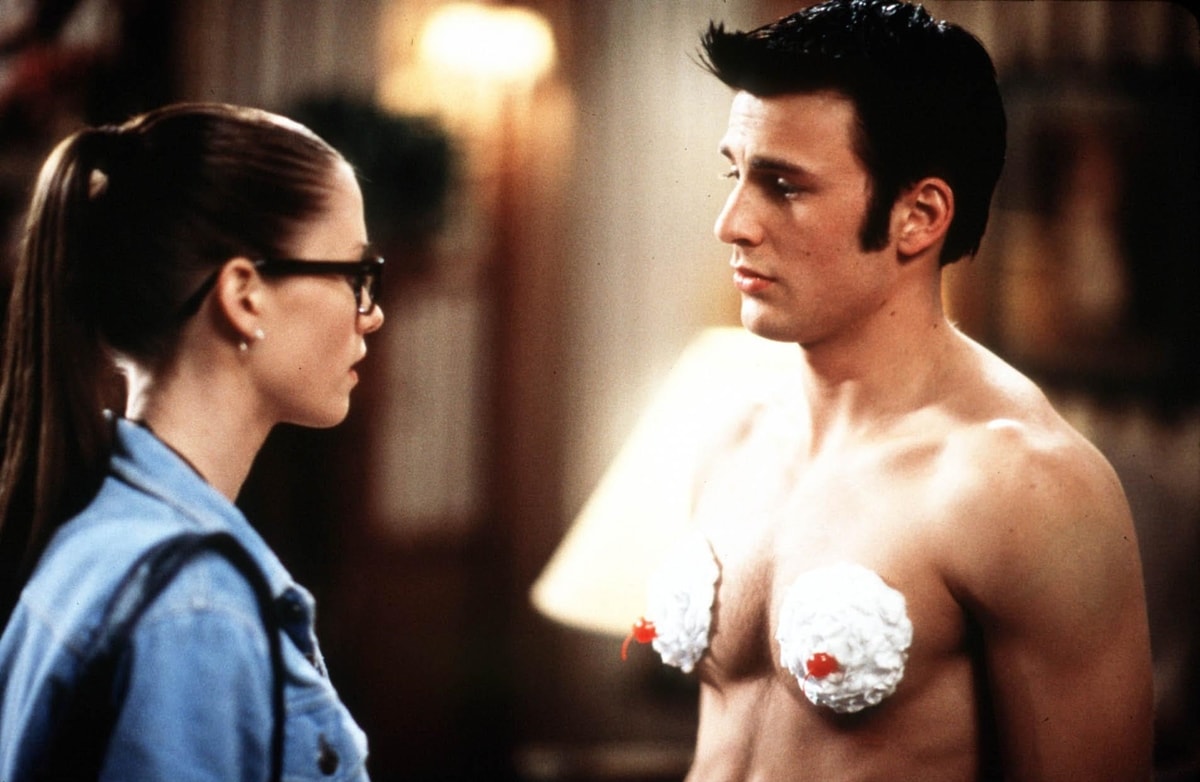 Chris Evans made his film debut as a high school footballer opposite Chyler Leigh in the 2001 American teen parody film Not Another Teen Movie (Credit: Columbia Pictures / WENN)

Selena dated Justin Bieber on and off between 2011 and 2018. She has since been linked to Nick Jonas, Taylor Lautner, German DJ Zedd, and Niall Horan. According to an interview with The Los Angeles Times in March 2021, she’s currently single.

“I honestly thought, ‘No wonder guys don’t want to date me!’ I think people only care because I’m young, and the older I get, the less they’ll care. For now, it’s a part of the job that I don’t really like,” Selena said about rumors that she was dating her Only Murders in The Building co-star Aaron Dominguez.

“I’m actually grateful that I’m not involved with anyone right now,” she added about her relationship status. 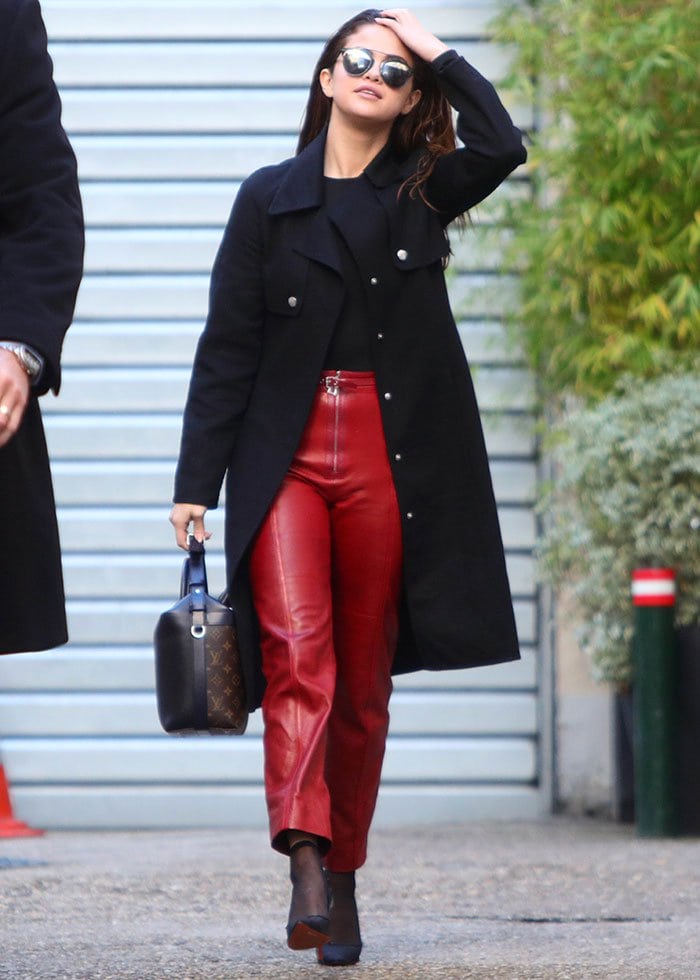 Selena Gomez brushes her hair back as she leaves a photo studio in Paris on March 9, 2016 (Credit: WENN)

In March 2016, Selena Gomez took Paris Fashion Week by storm in a series of risqué, stylish ensembles. Taking a break to run errands, she decided to cover up as she was spotted leaving a photo studio in the City of Love.

The then 23-year-old singer and actress highlighted her slender legs in a pair of red hot leather trousers by Louis Vuitton. 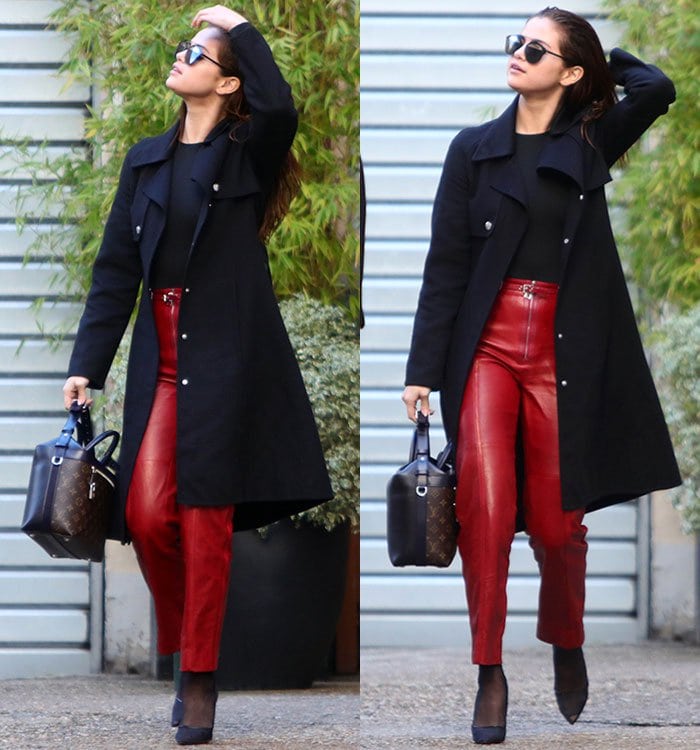 She teamed the pants with a black skintight Wolford top and a long navy coat that amped up the sultry and sophisticated vibe of her look. 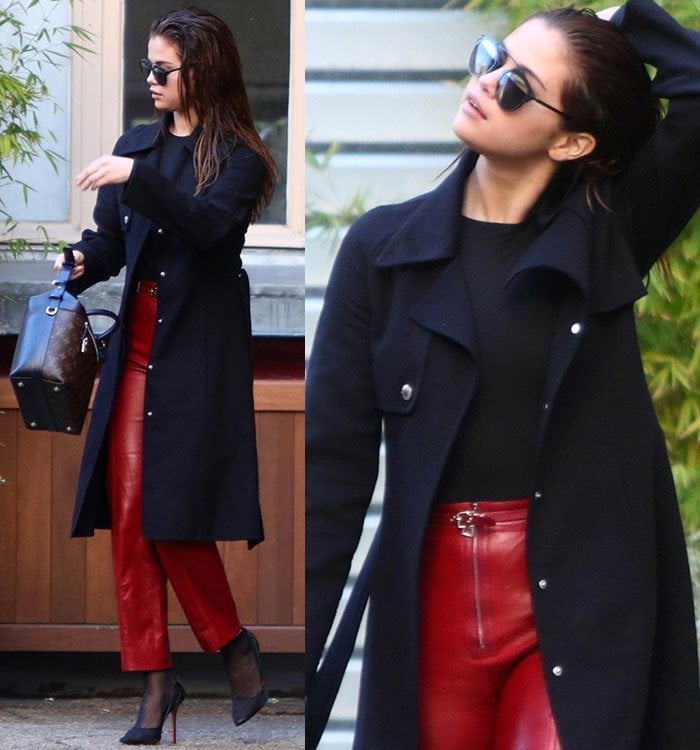 The “Good For You” hitmaker kept her accessories to a minimum with a Louis Vuitton bag, a pair of Dior sunglasses, and a pair of black pumps.

She swept her wet-looking tresses off her face and rounded out her look with barely-there makeup. 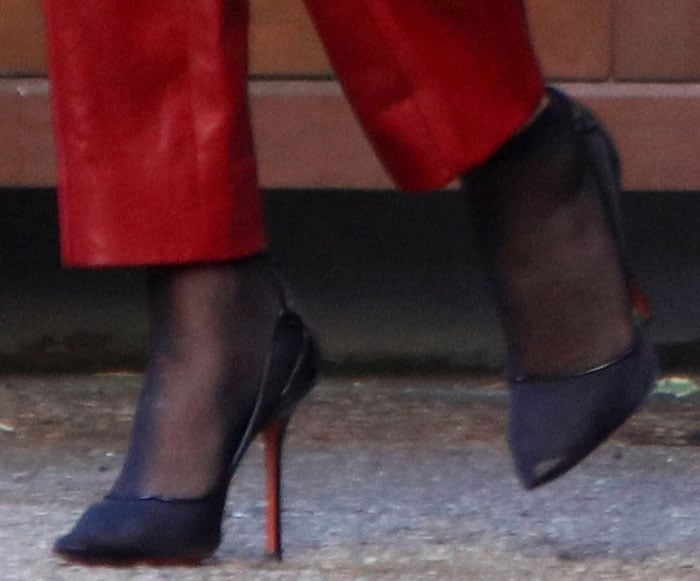 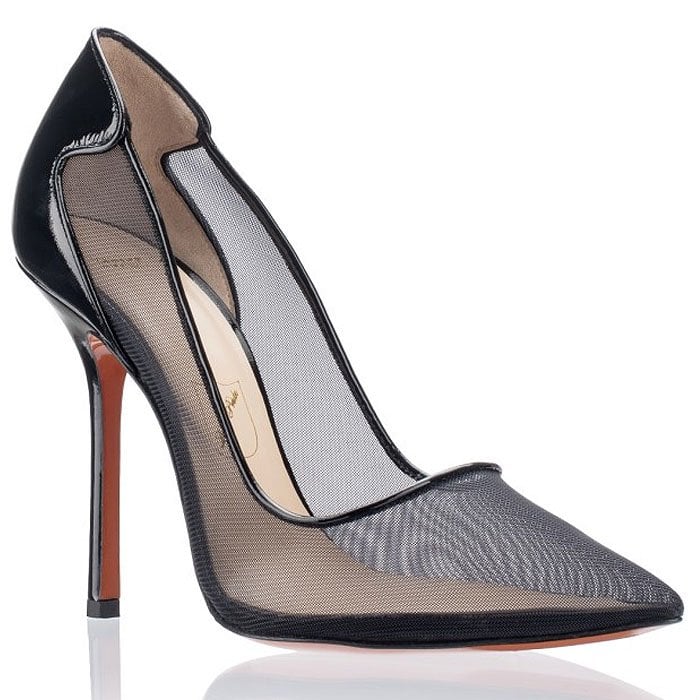