They were the hottest “It” couple of the early 2000s. And now in 2021, Ben Affleck and Jennifer Lopez are ready to reclaim their title as Hollywood’s ultimate power couple.

Since confirming their rekindled relationship, Ben and Jennifer have been inseparable. They also haven’t been shy about packing on the PDA wherever they go—whether on a Mediterranean vacation, strolling around New York City, or walking the red carpet.

On Saturday, J.Lo and Ben made another stunning red carpet appearance at the premiere of his latest film, The Last Duel.

Directed by Ridley Scott, the historical drama is based on the book of the same name by Eric Jager. Ben stars alongside Matt Damon, Adam Driver, and Jodie Comer.

Childhood pals Ben and Matt, who wrote and starred in the 1997 movie Good Will Hunting, also co-wrote the screenplay of the 14th-century tale. 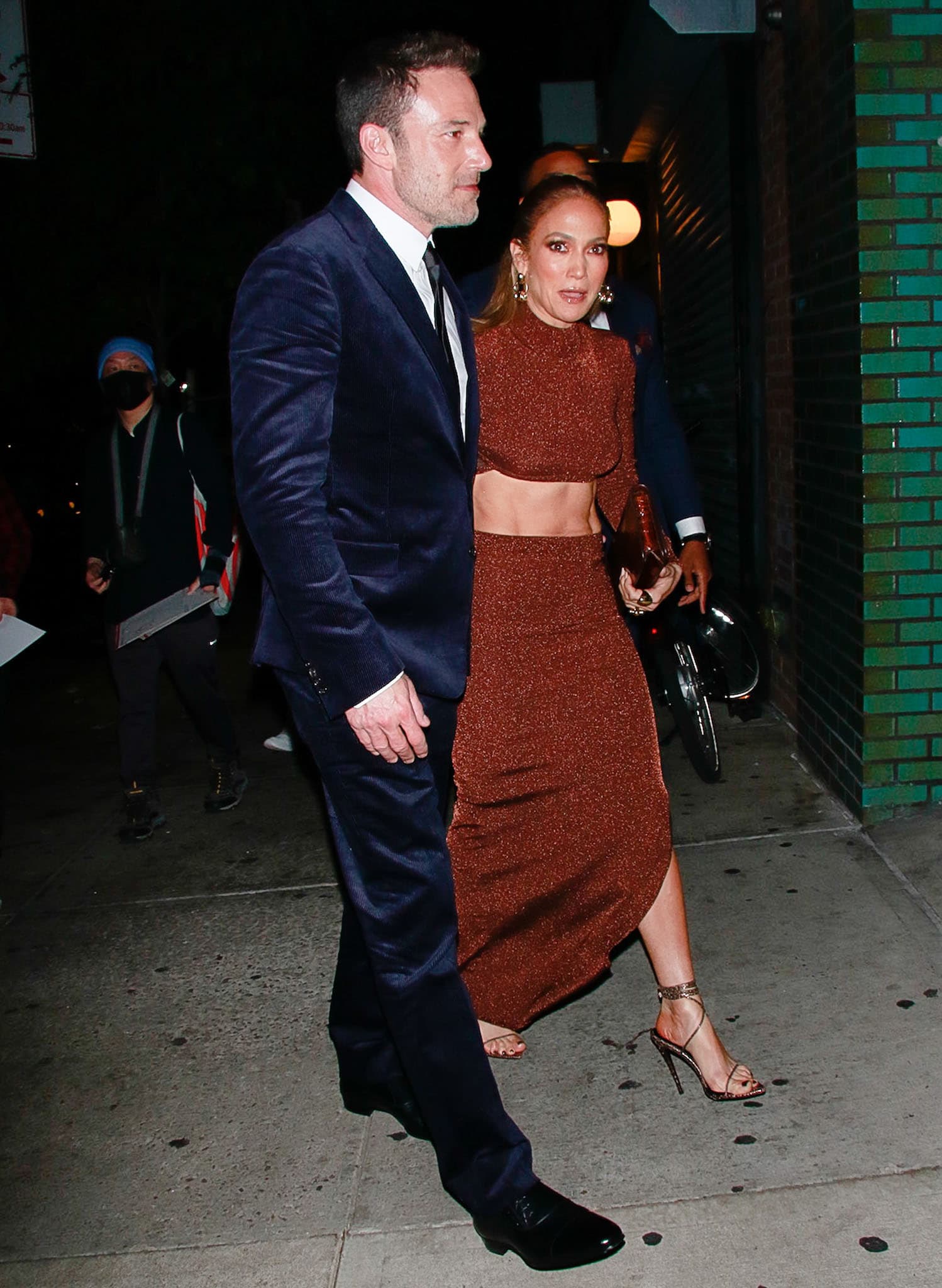 Jennifer Lopez shows support for her boyfriend as she accompanies him at the premiere of his latest movie (Credit: Mega / WENN)

Arriving at the Lincoln Center, the high-profile couple couldn’t keep their hands off each other as they posed up a storm in front of the photographers. 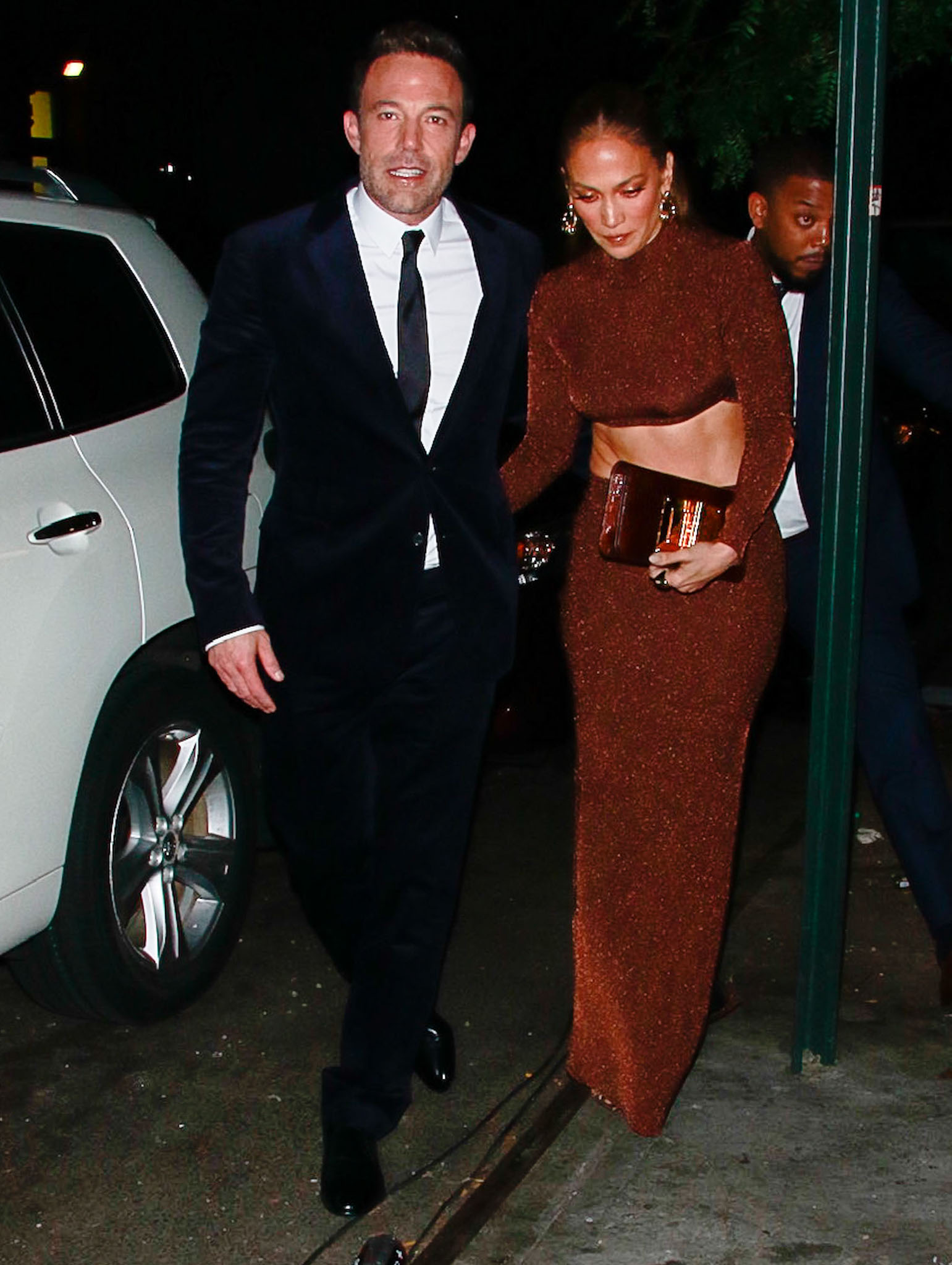 Showing her support for her beau, the 52-year-old multihyphenate pulled out all the stops as she showed off her washboard abs in a glittery brown two-piece outfit from Herve Leger’s Resort 2022 collection.

The ensemble included a long-sleeved crop top and a form-fitting maxi skirt with a high-slit that allowed her to showcase her toned legs. 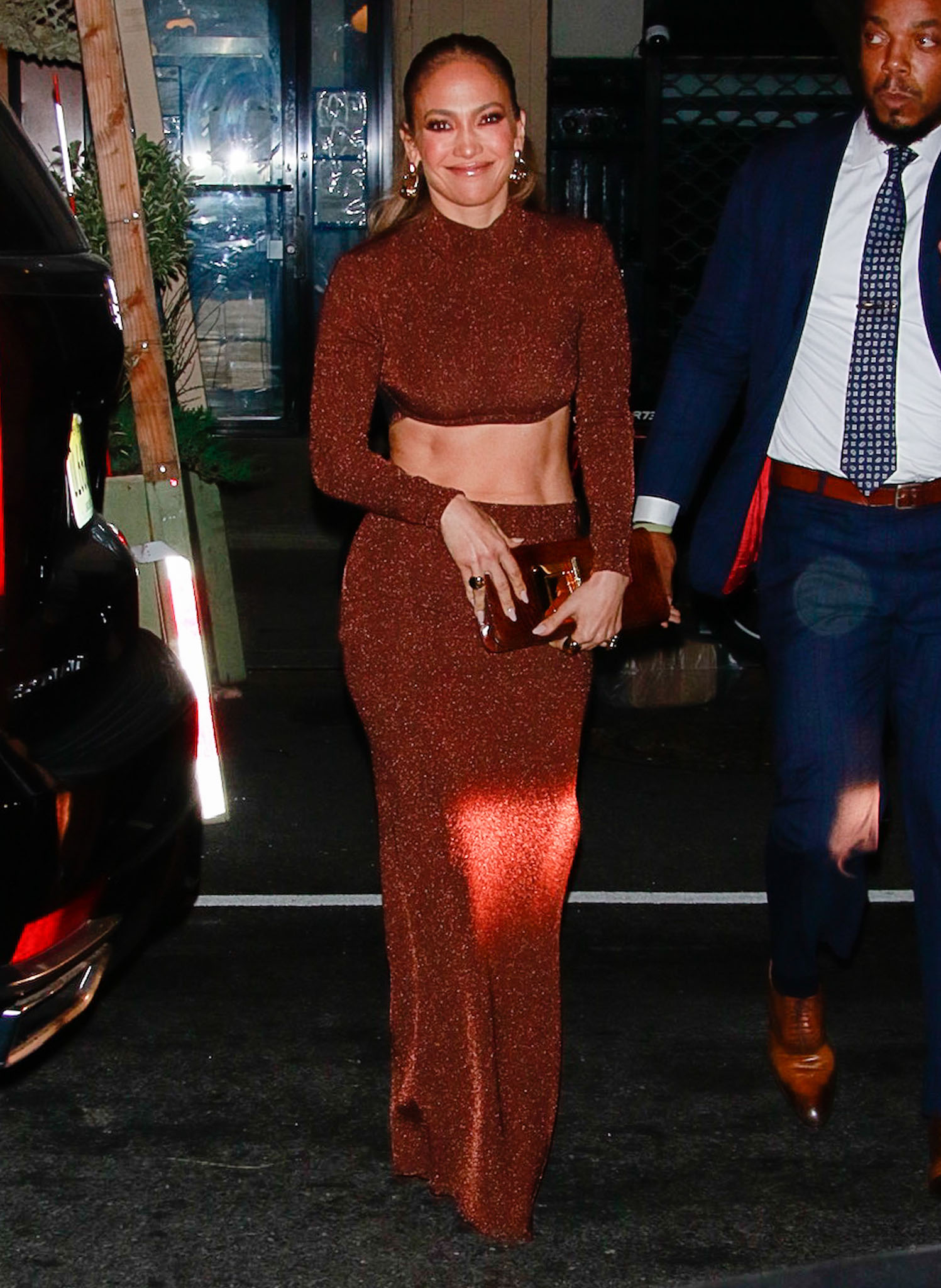 Jennifer Lopez flashes a smile as she shows off her abs in a two-piece Herve Leger Resort 2022 shimmering crop top and skirt (Credit: Mega / WENN) 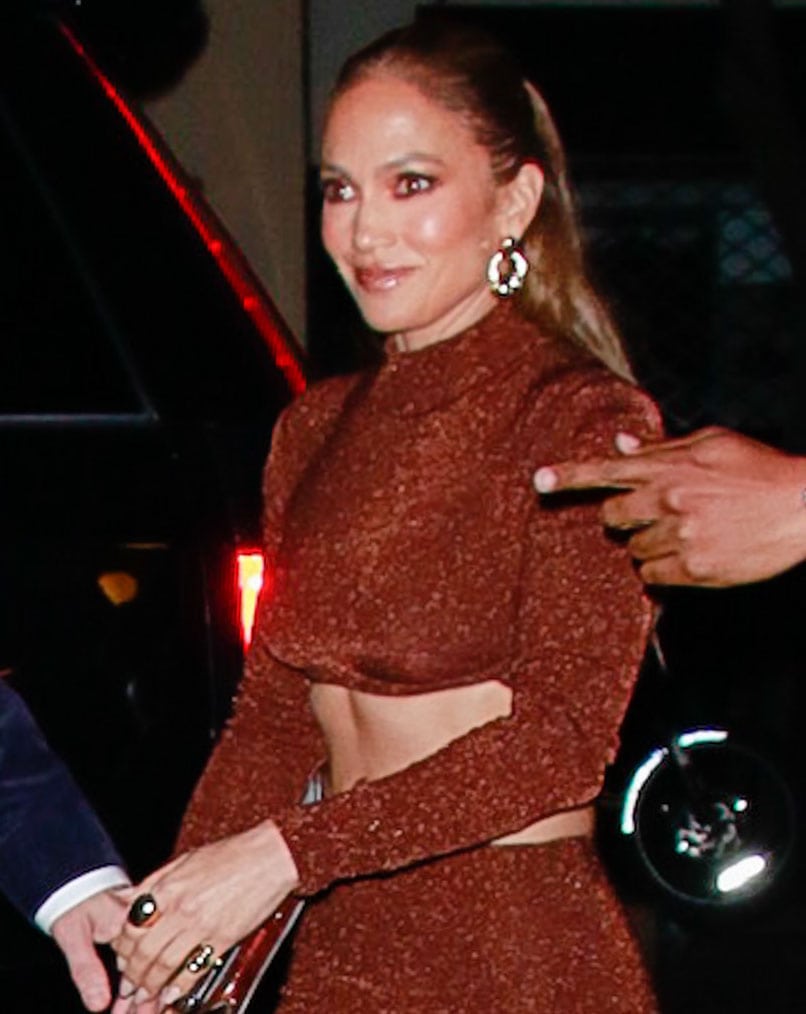 Jennifer Lopez styles her hair in a sleek half-up ‘do and glams up with copper eyeshadow and matching lipstick (Credit: Mega / WENN)

She then carried a large brown alligator clutch from American fashion designer Tom Ford and paired the look with brown python-textured strappy heels from Femme LA. 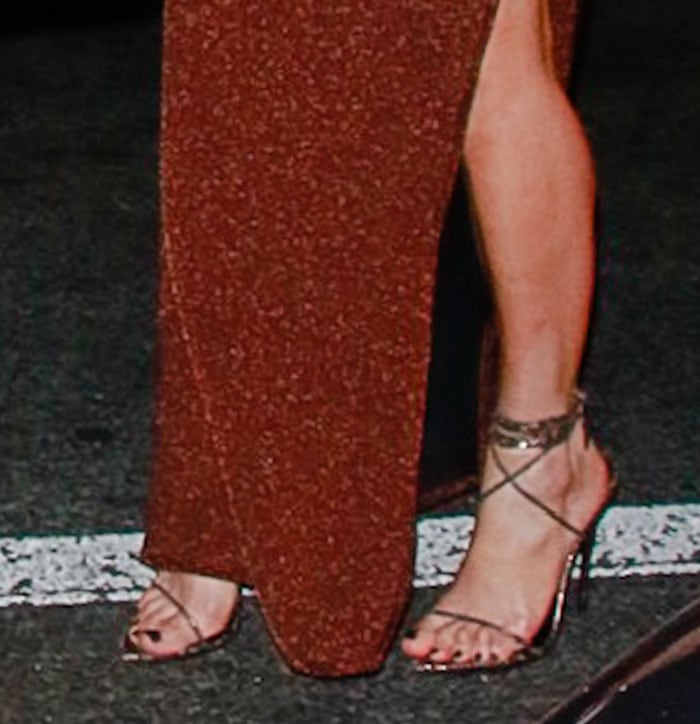 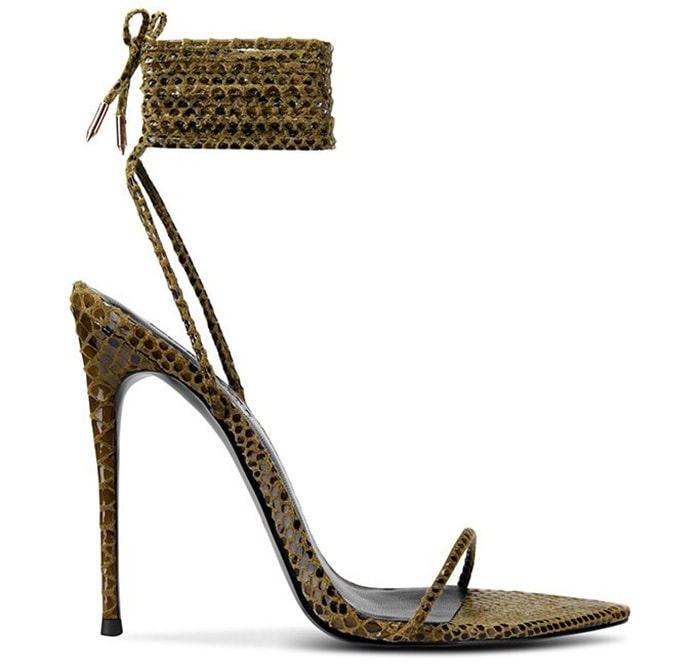