“There are people – strangers who I will never meet – who have been upset that I have not previously talked about that trauma. I have not had words, and even after untold amounts of therapy, I am not sure I have them now. But truth matters,” Gabrielle Union reveals in her new memoir “You Got Anything Stronger?” that you can buy on Amazon.

While many deemed Dwyane Wade and Gabrielle Union as the perfect couple goals, the Bring It On star admitted that their relationship has not always been smooth sailing.

In her memoir, she talks about her motherhood journey, infertility struggles, surrogacy, and forgiving the former NBA superstar after he fathered a child with another woman during their brief split in 2013.

Last week, Gabrielle made a guest appearance on Jimmy Kimmel Live, where she promoted her new book and talked about being a ‘connoisseur’ of strip clubs. 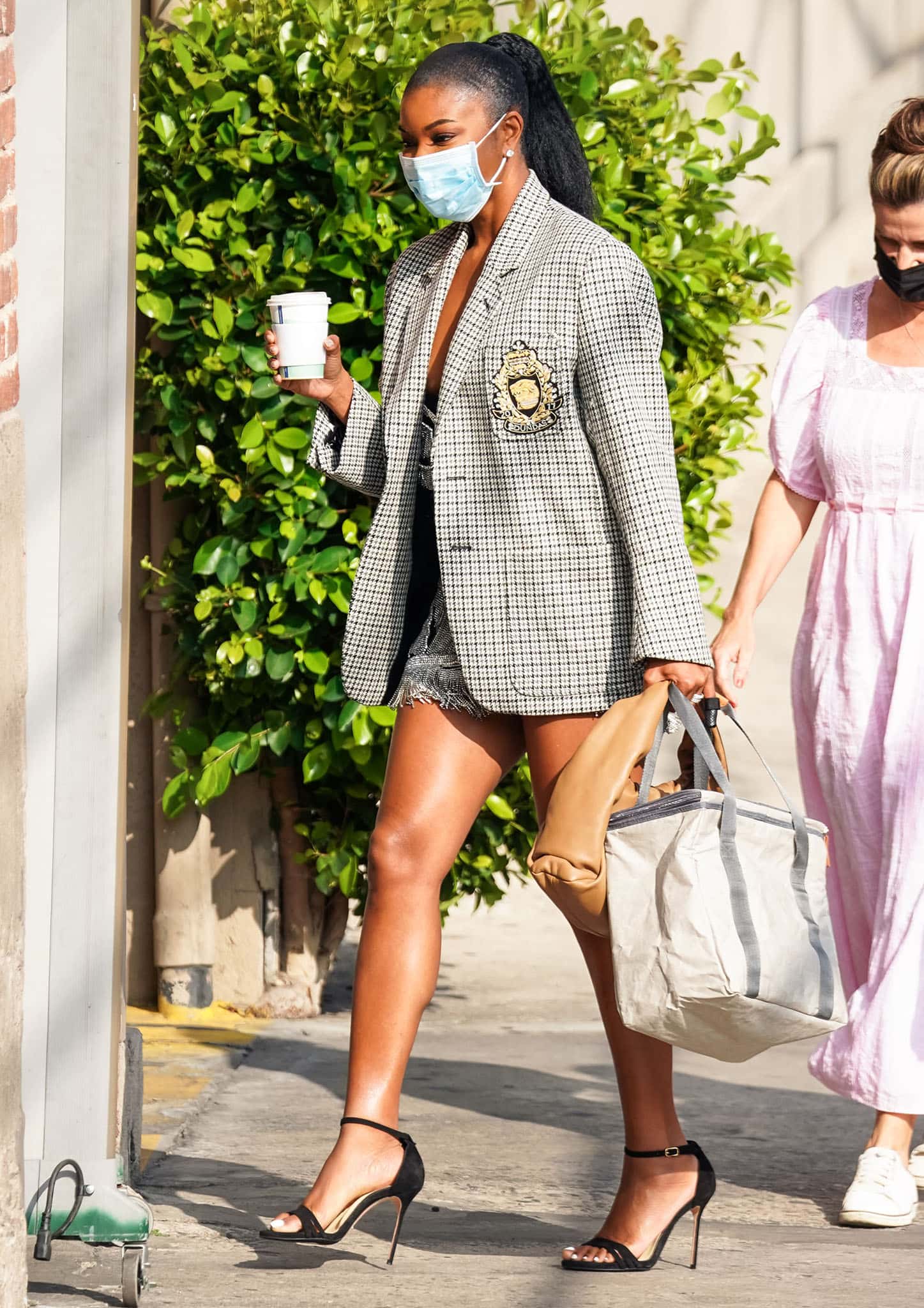 Parading her toned legs, the She’s All That actress arrived on the set in a large gray houndstooth-patterned blazer with a large emblem on the chest pocket from Dundas Resort 2022 collection.

Underneath the stylish jacket, Gabrielle wore a Dundas Fall 2021 fringe mini dress. The flapper-style number features crystal fringes done in a zebra stripe pattern, a cleavage-baring low-cut neckline, and a hem that fell several inches above her knees. 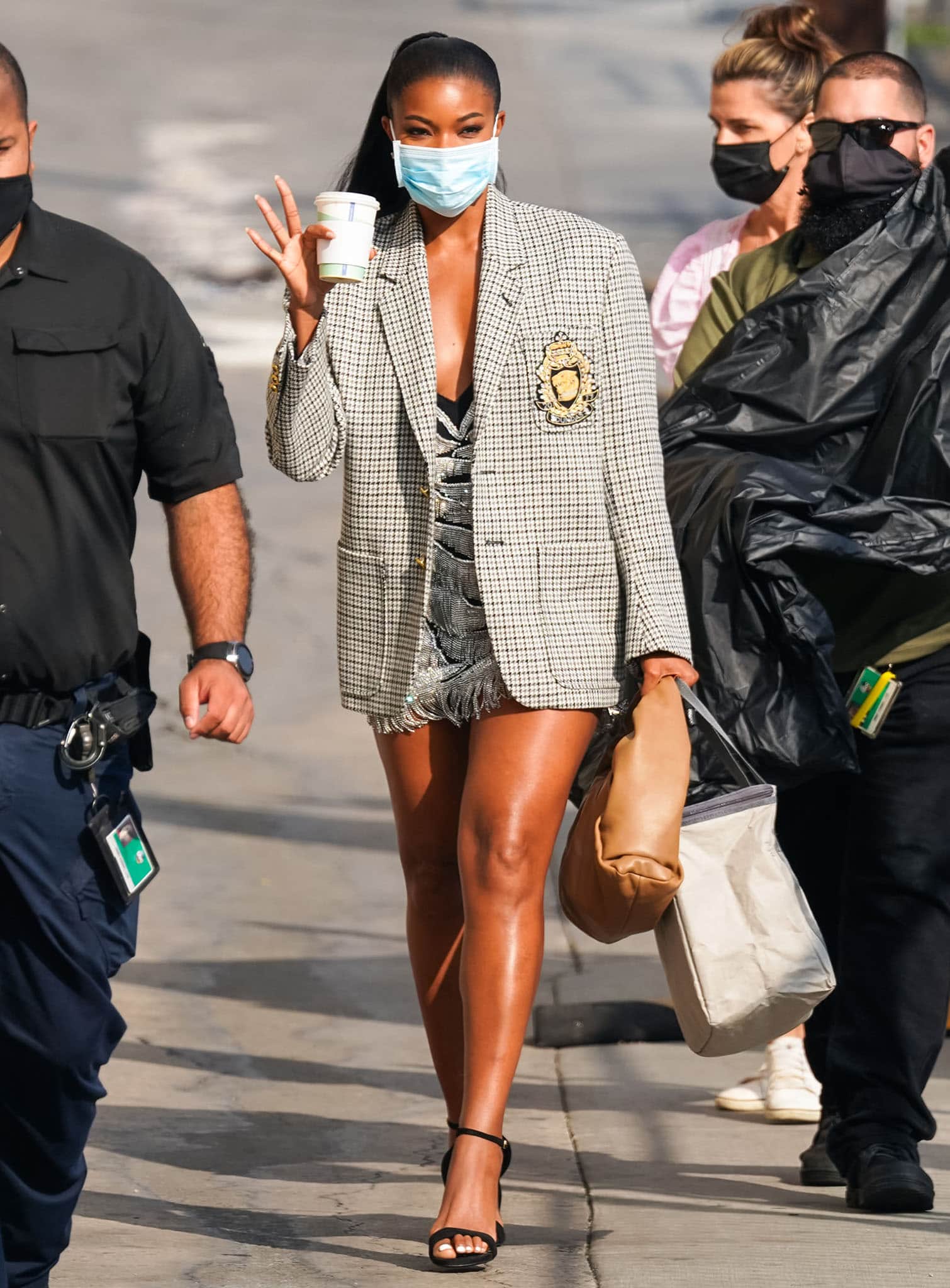 Hairstylist Larry Sims then pulled her tresses away from her face into a sleek high ponytail. 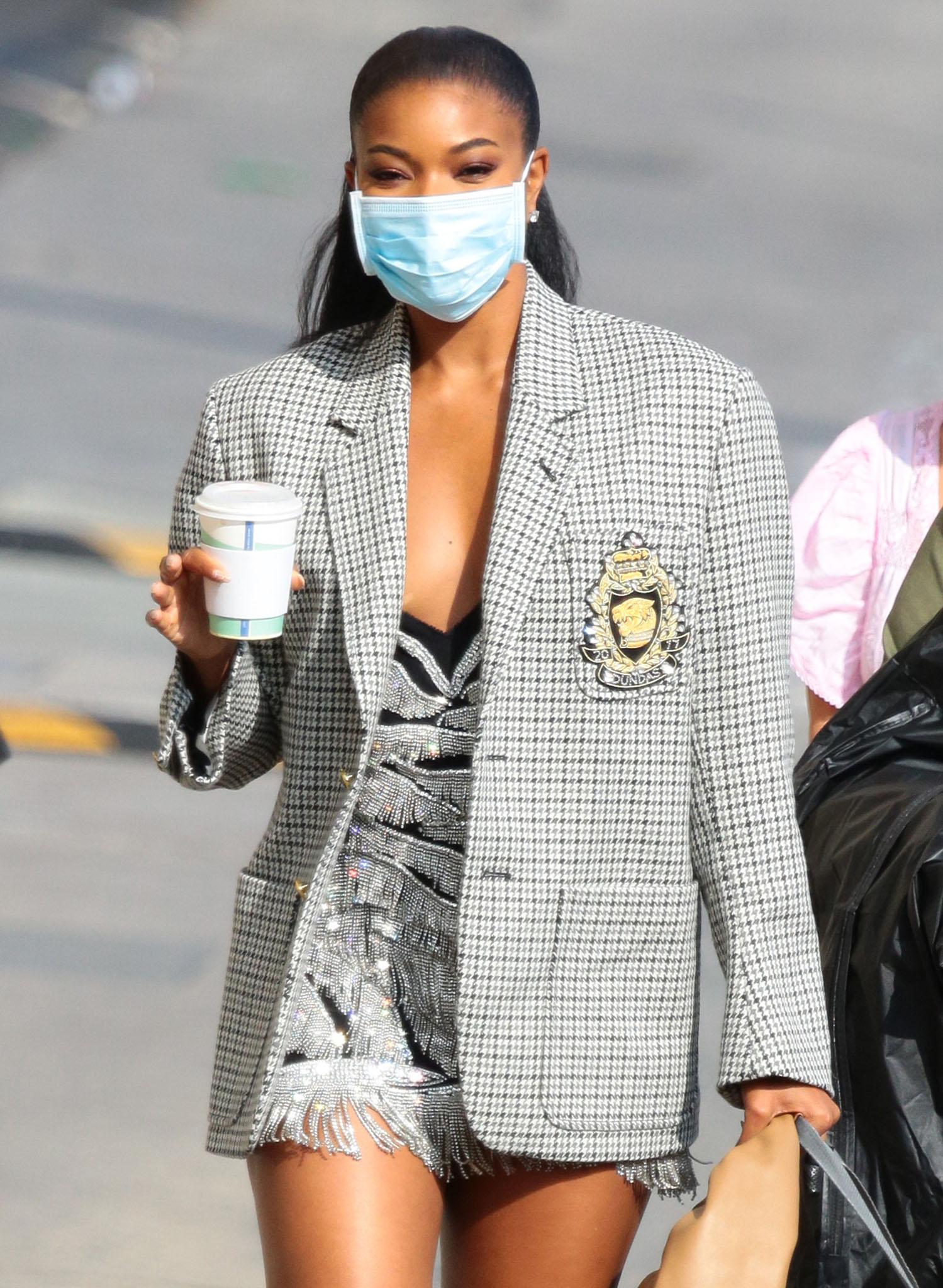 Handcrafted in Italy, the “Perfect” sandals have round open toes with an expanded toe box, anatomical arch support, and steel rod stiletto heels. 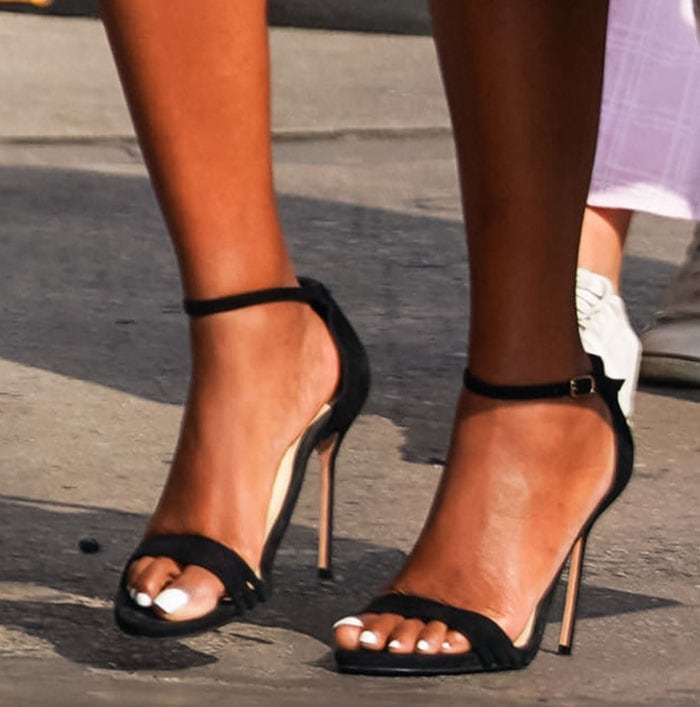 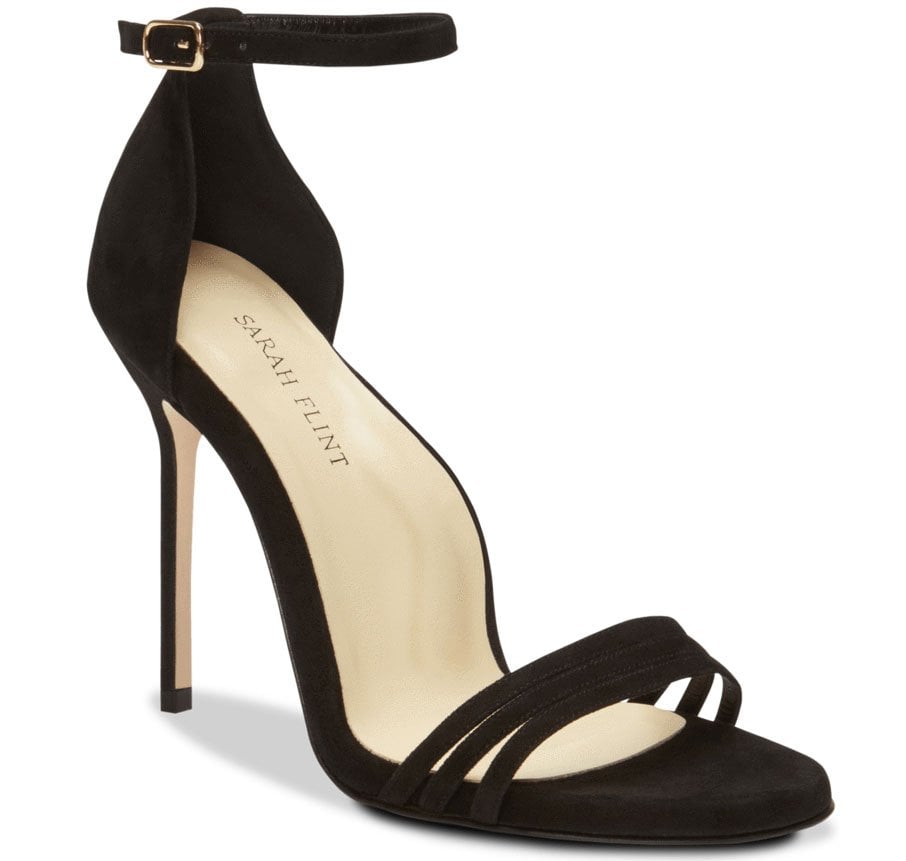 Why Gabrielle’s Family Was Skeptical of Dwyane

While she kept mum about Dwyane’s cheating scandal during the interview, she talked to Jimmy Kimmel about her early romance with the Miami Heat legend.

Gabrielle is ten years older than Dwyane. And due to her past experience with her first husband, Chris Howard, Gabrielle’s family feared that Dwyane was only interested in their daughter’s money when they first started dating in 2008. 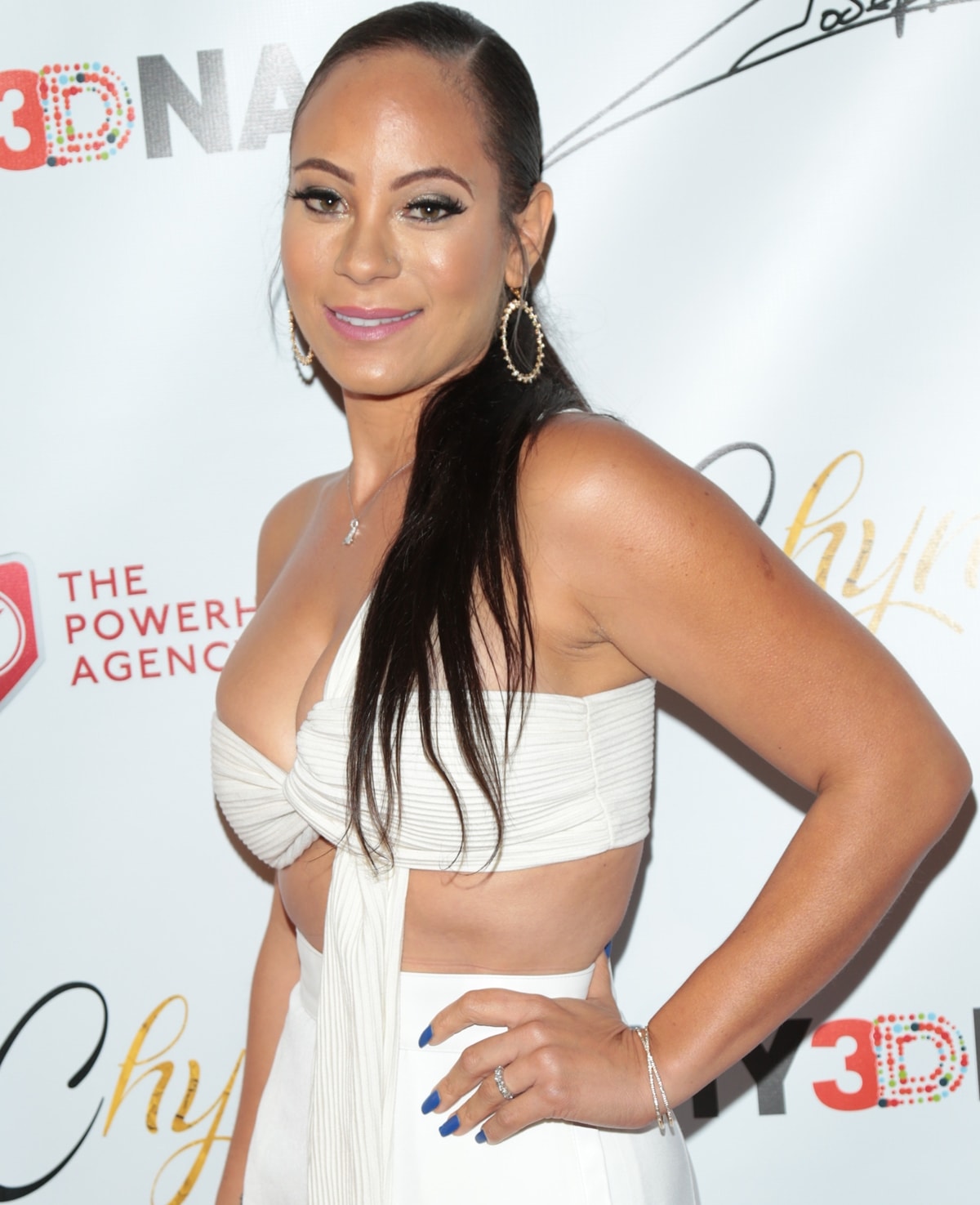 Dwayne Wade fathered a child with reality star Aja Metoyer in 2013 amid his split from his now-wife, Gabrielle Union (Credit: Guillermo Proano / WENN)

“Your family was nervous that Dwyane was going to take our money?” Jimmy Kimmel asked the actress. “Yes, because it had happened before. There was some precedent there, otherwise known as my first marriage” that left her “a little lighter” financially.

“We’re talking about a guy that’s making a lot of money—Dwyane,” Jimmy added, to which Gabrielle responded, “That’s what we were talking about the first one, too, and then there was a change of fortune. Bring It On hit.”

“When he [Gabrielle’s father] first met Dwyane, he was like, ‘What are your intentions? What do you want from my daughter?’” “There was a lot of distrust at the beginning.” 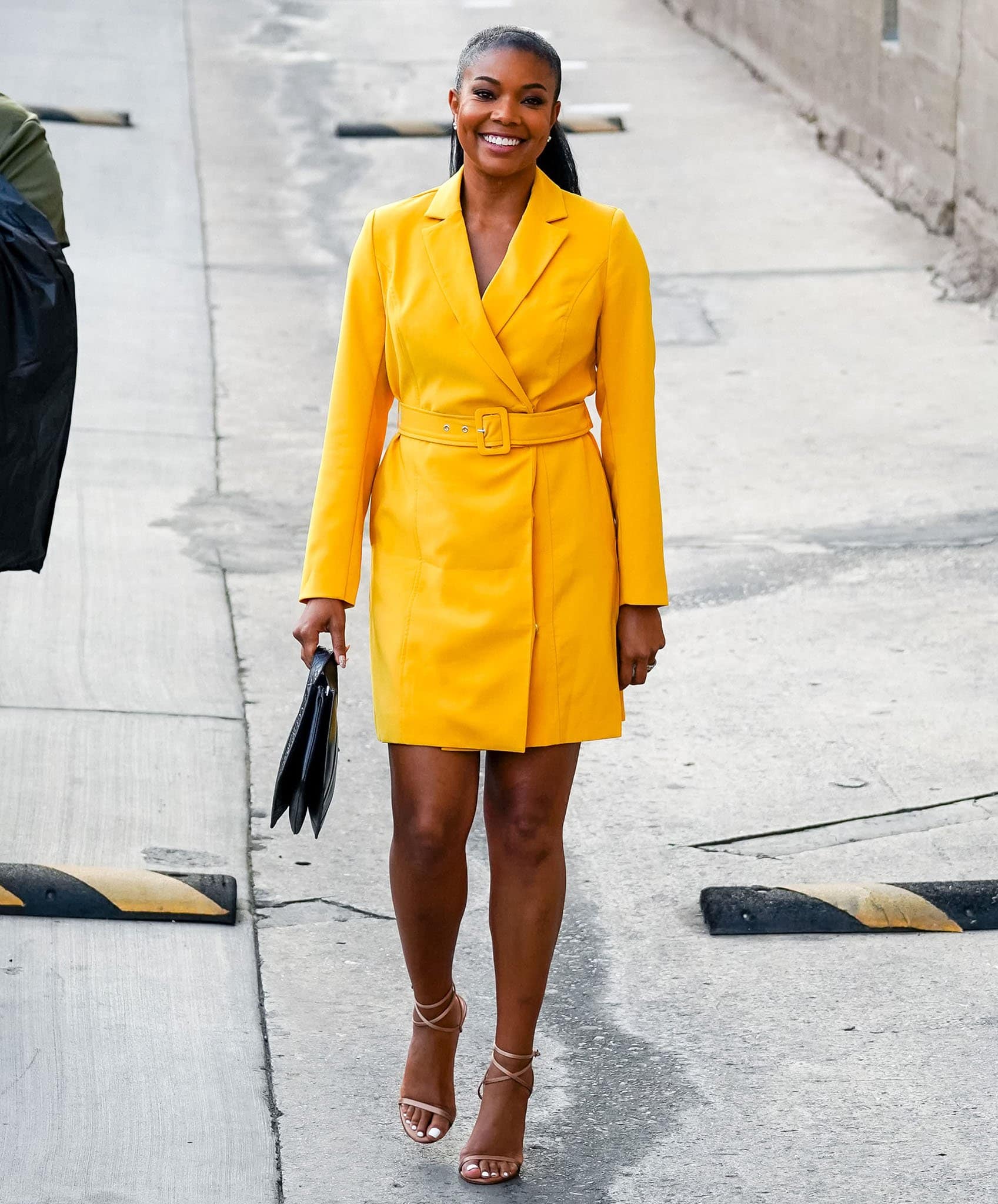 Following her interview, the 10 Things I Hate About You actress traded her flirty frock for a sunshine yellow wraparound coat dress with wide belt detail.

Carrying a black clutch, Gabrielle wore the same hair and makeup and styled her look with the same stud earrings. 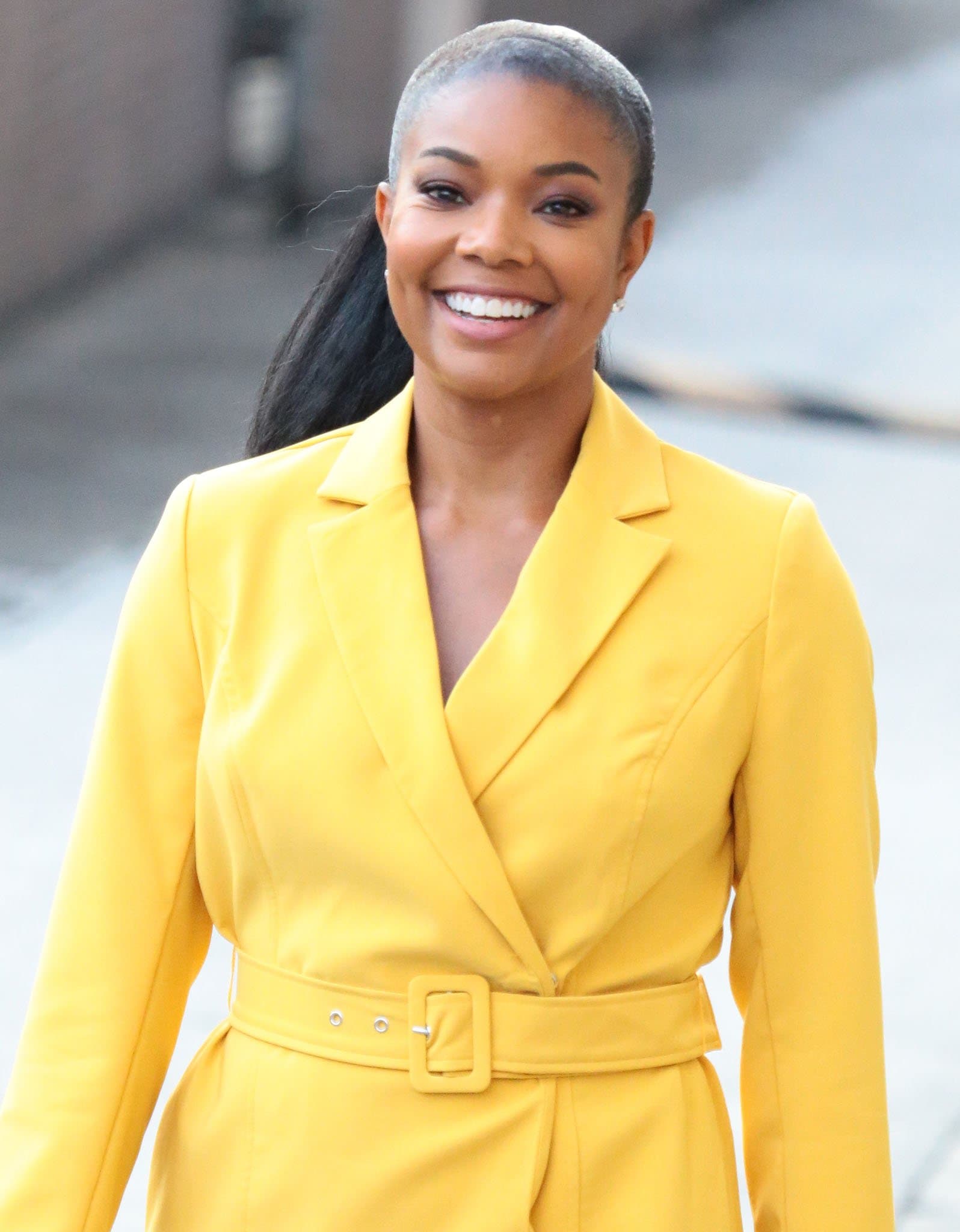 For her feet, she swapped her black heels for bronze sandals that feature criss-cross ankle straps, open toes, and about 4-inch heels. 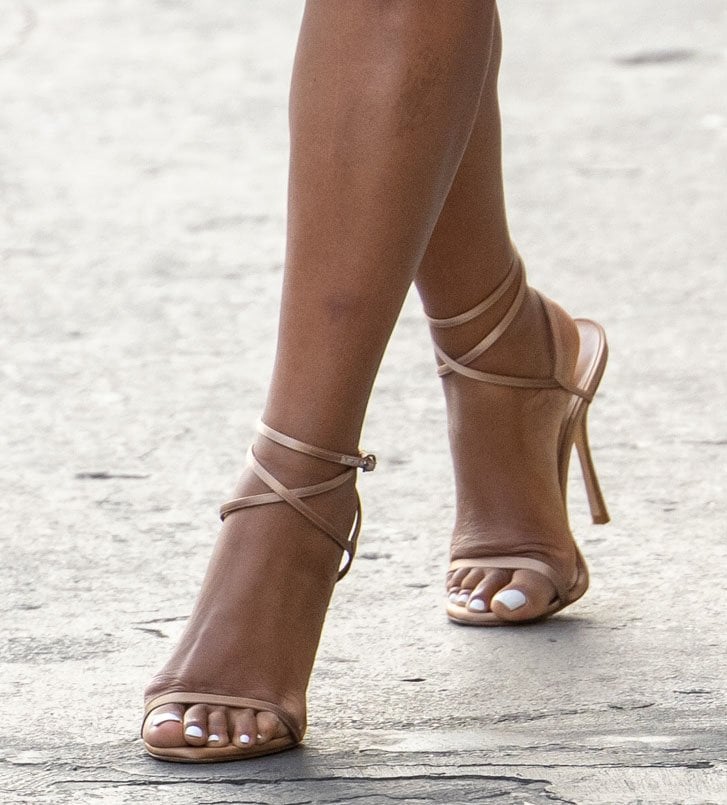 Gabrielle Union shows off her pedicured feet in a pair of bronze heels (Credit: Mega / WENN)

On Saturday, the mom-of-one arrived solo at the Veuve Clicquot Polo Classic in Los Angeles, wearing another bold look. 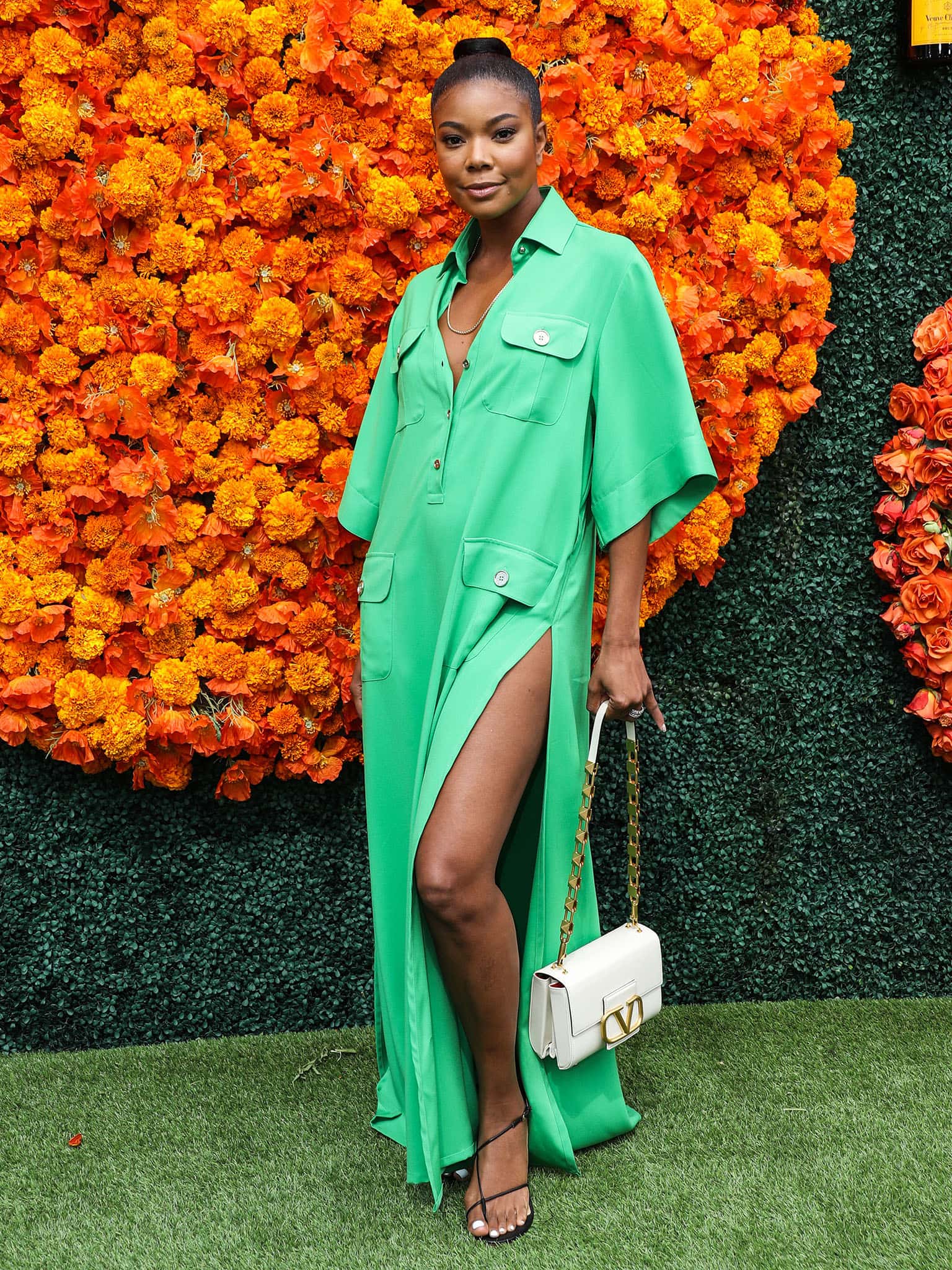 It also has an unbuttoned neck and risky thigh-high slit on either side that gave onlookers a glimpse of her cleavage and toned legs. 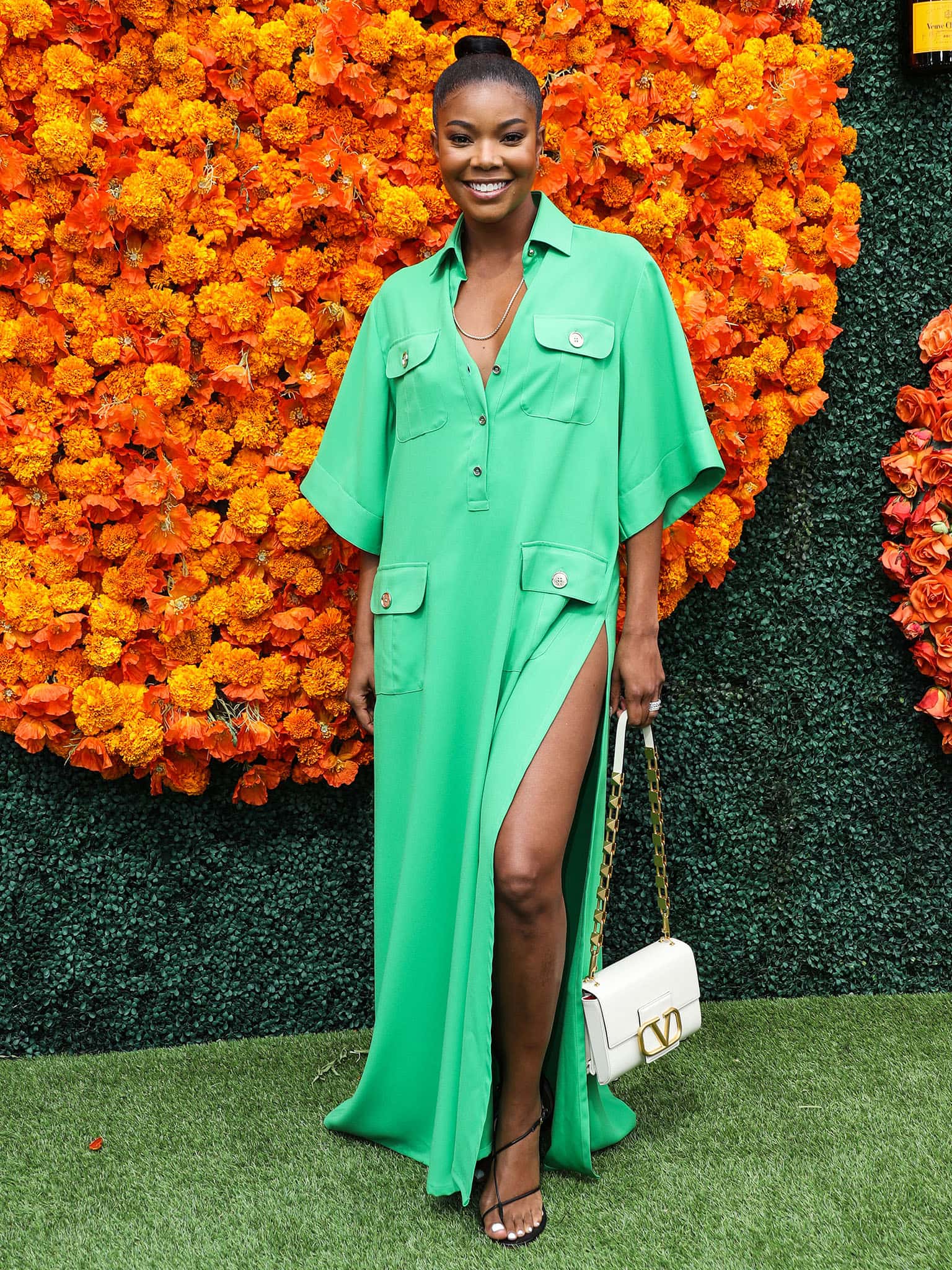 Her stylist Thomas Christos styled her look with a Laura Lombardi necklace and a white Valentino handbag with a chunky gold chain shoulder strap. 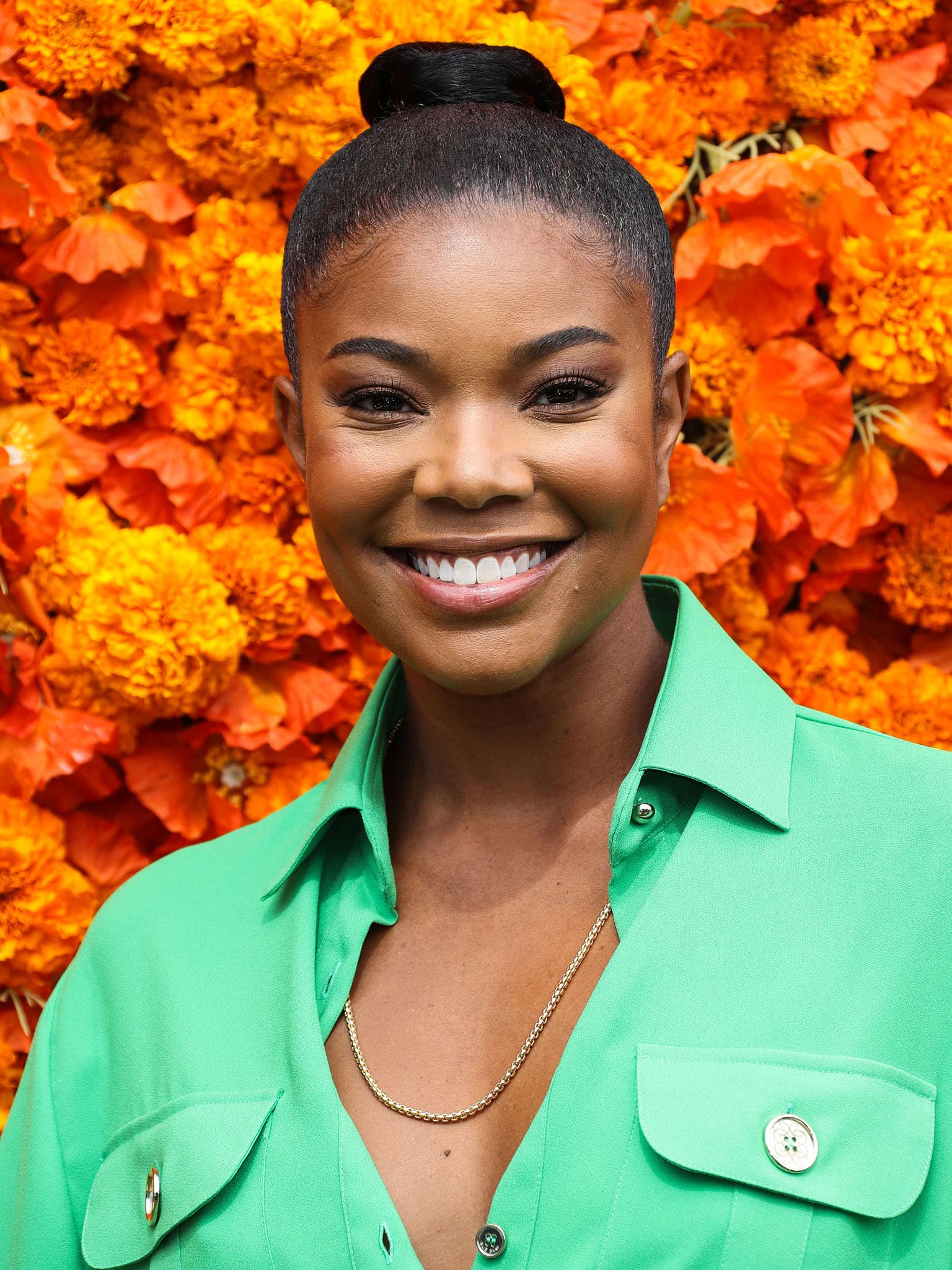 Gabrielle Union pulls her tresses back into a bubble ponytail and highlights her features with neutral makeup (Credit: Avalon / WENN)

To complete her afternoon look, Gabrielle slipped her pedicured feet into a pair of sandals from footwear designer Emme Parsons.

These minimalist flat sandals have thin black leather cord straps that wrap the foot, complete with a toe loop and 0.5-inch heel. 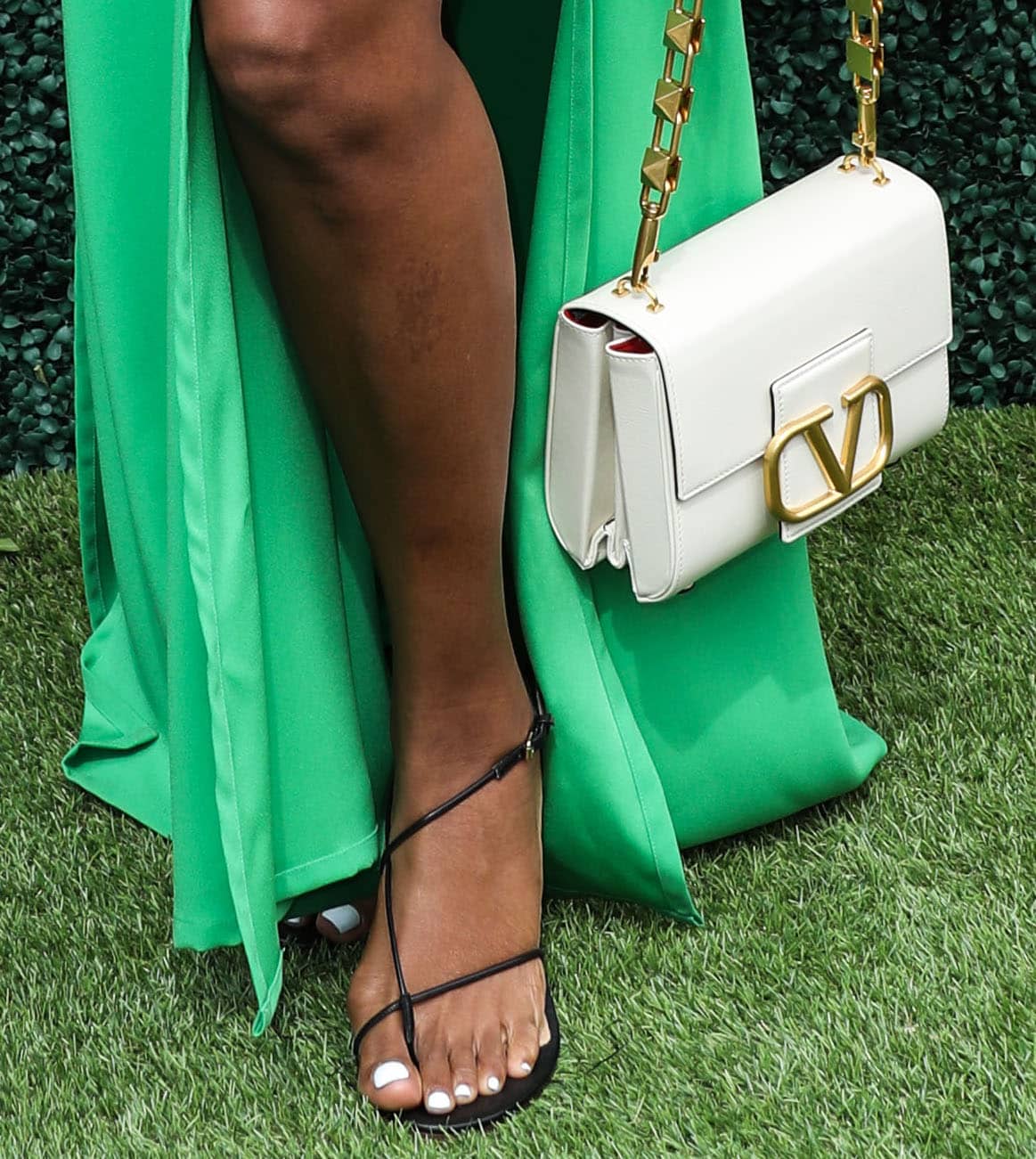 They’ve been dating for six years before tying the knot in 2014. But prior to their marriage, Dwyane impregnated another woman, reality star Aja Metoyer, who also has two daughters with her ex-boyfriend Damon Wayans Jr.

In an excerpt from her book published by Time Magazine, Gabrielle revealed: “In 2013, before we were married, Dwayne had a baby with another woman. It should go without saying that we were not in a good place at the time that child was conceived. But we were doing much better when he finally told me about the pregnancy. To say I was devastated is to pick a word on a low shelf for convenience.”

“The experience of Dwyane having a baby so easily—while I was unable to—left my soul not just broken into pieces but shattered into fine dust scattering in the wind.” 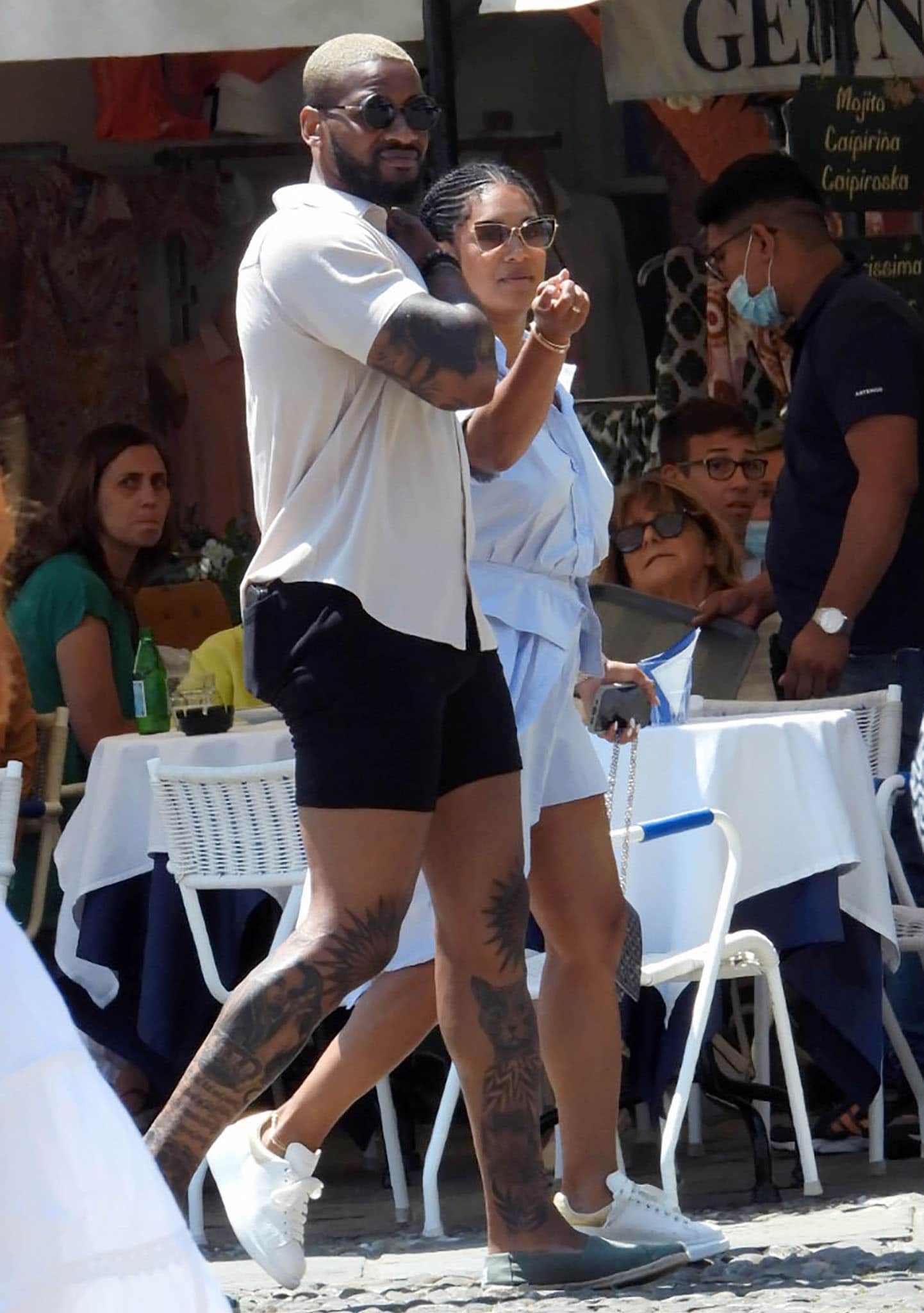 She also talked about her surrogacy journey, saying: “So much of what made the decision so difficult was that if I didn’t submit to surrogacy, then I was convinced I needed to let Dwyane go. Even if he didn’t want to, I had to let him find someone who could give him what he wanted.”

The couple welcomed their child, Kaavia James Union Wade, in 2018 via surrogacy. They’re now in a happy marriage after she decided to forgive and stay with Dwyane. 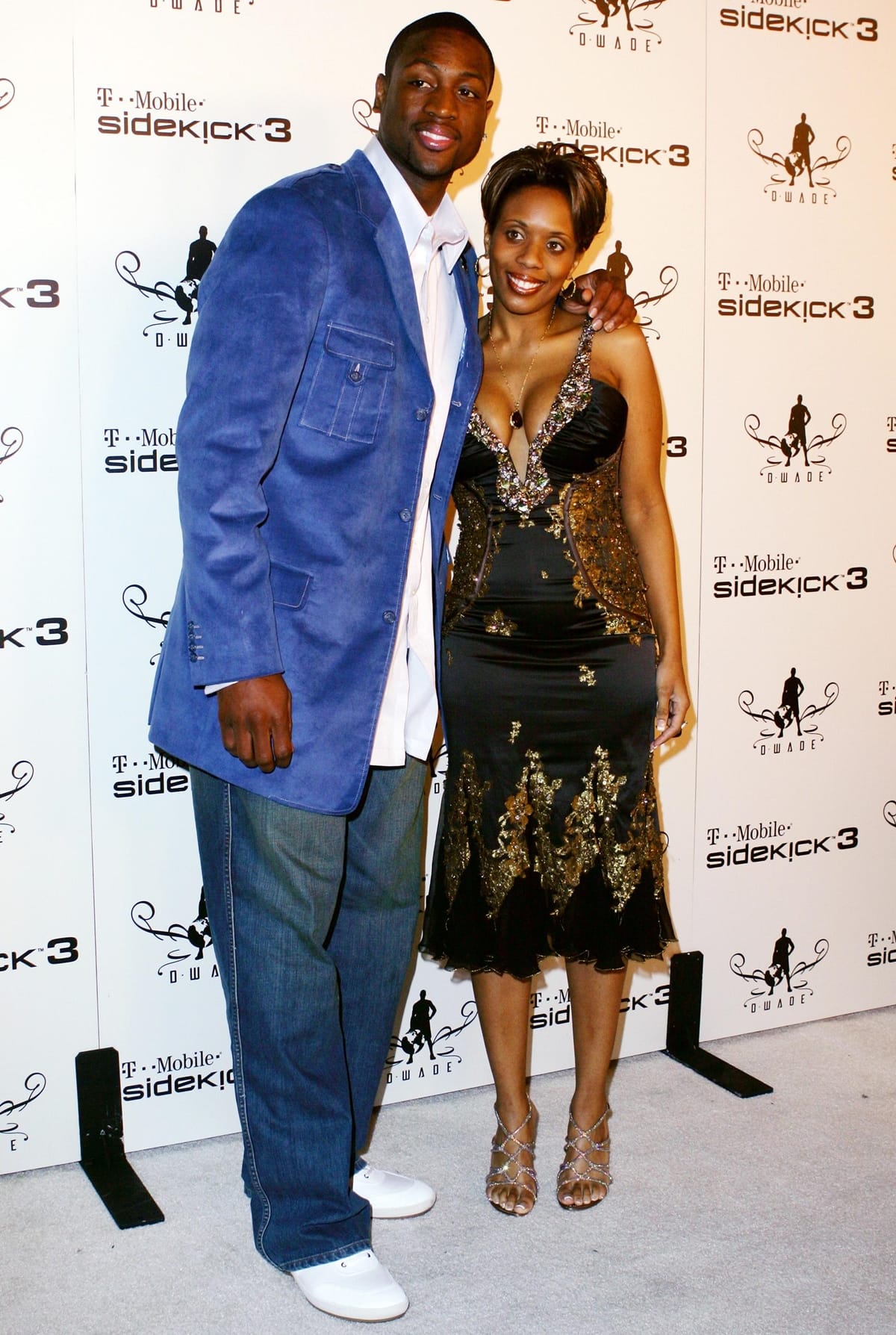 Dwayne Wade has two children with his high school sweetheart Siohvaughn Funches, with whom he was married from 2002-2007 (Credit: Judy Eddy / WENN)