It’s pretty hard to ignore a man swinging from a vine, wearing a loincloth- especially if he has piercing blue eyes and a chiseled physique like Brendan Fraser.

Disney released George of the Jungle in 1997, and Brendan Fraser captured our attention and our hearts from that moment.

“He was so delightful and funny and in the movie. I was supposed to fall in love with him so I fell in love with him in real life,” Leslie Mann said about her co-star while making an appearance on American late-night talk show Busy Tonight in May 2019. “And I was like ‘Judd [Apatow], I love Brendan’ and he was like ‘I know, stop it.’” 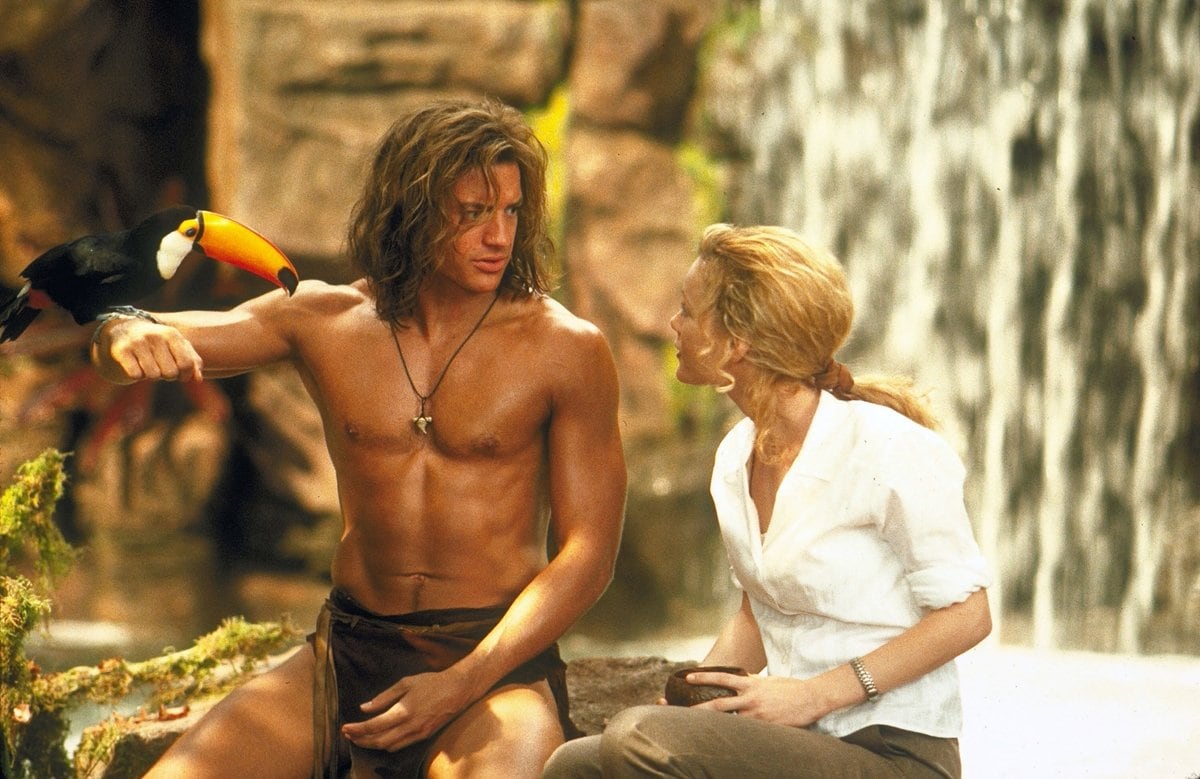 He actually got his start in Hollywood years before, but this breakout role led to a string of feature films including the blockbuster hit, The Mummy (1999). 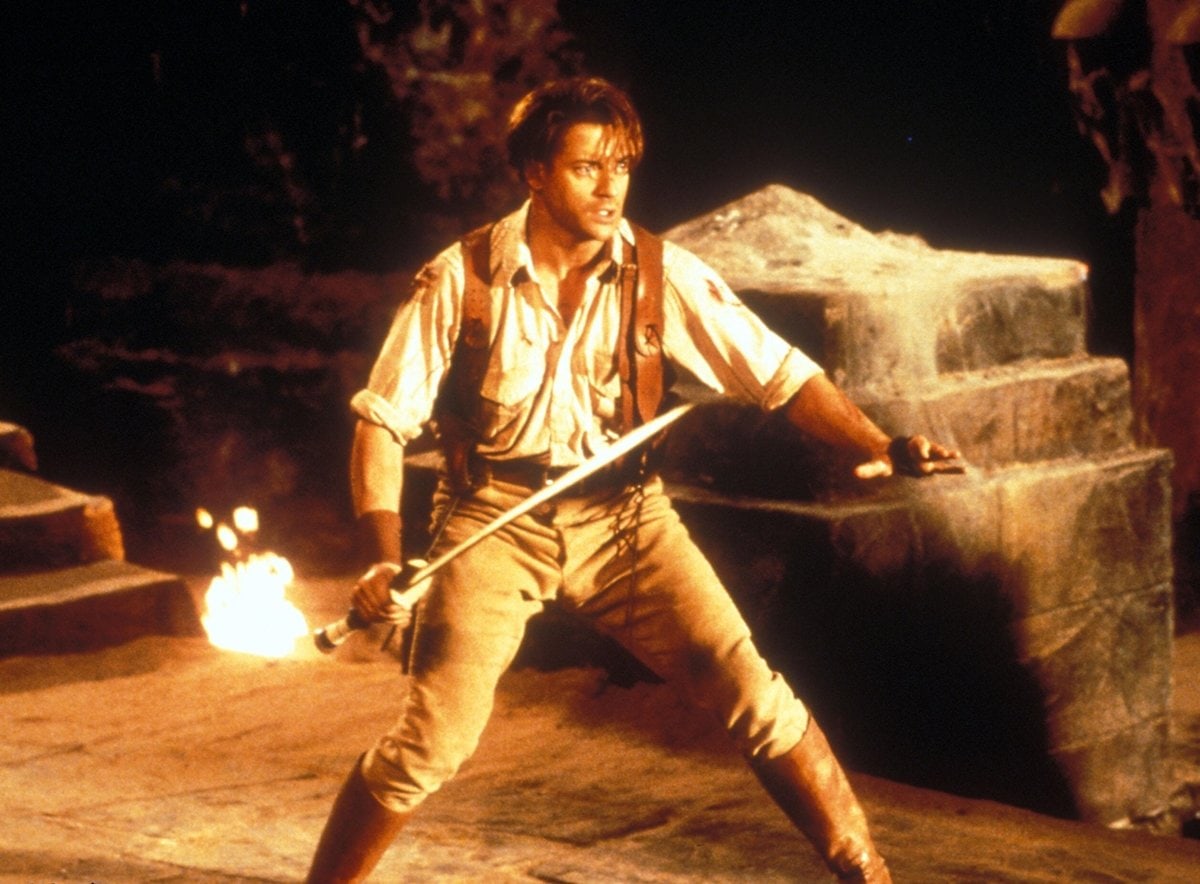 Like so many stars find, the entertainment industry has just as many dips as peaks sometimes, and Fraser’s experience is no exception.

Over the course of his career, he encountered countless setbacks, including a messy divorce and sexual assault allegations involving an industry journalism executive.

Where is Brendan Fraser from?

Brendan Fraser was born in Indianapolis, Indiana; however, he traveled for much of his childhood. He and his family moved about frequently, as his Canadian father was part of the Canadian foreign service.

Eureka, California, the Netherlands, Seattle, Washington, Switzerland, and Ontario, Canada are among a few of his childhood homes.

How did Brendan Fraser get his start in Hollywood?

Fraser studied acting in both Seattle, Washington and New York City, but he favored Hollywood to jumpstart his career in acting.

His first film, Dogfight, cast him as a sailor in 1991. During a fight scene in the film, Fraser claims to have bruised a rib; however, he was more than thrilled at the fifty dollar pay adjustment for performing the stunt himself. 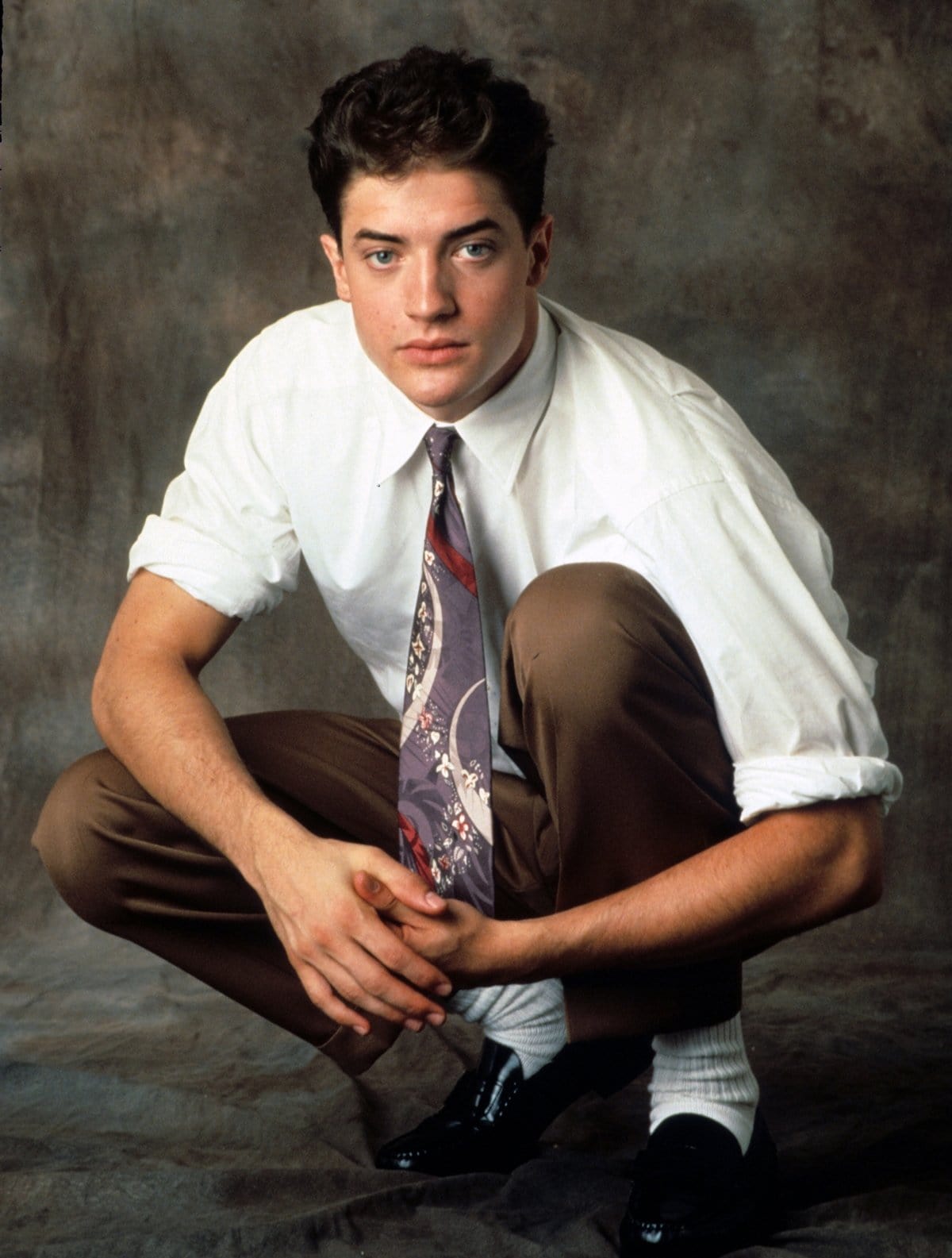 Shortly after, we would see Brendan in Encino Man in 1992, opposite fellow actor and comedian, Pauly Shore. He continued to pick up film credits over the years before landing his breakthrough role as “George” in George of the Jungle (1997).

The Canadian-American actor actor went on to tackle multiple projects each year leading up to the success of The Mummy (1999) and its sequels, The Mummy Returns (2001) and The Mummy: Tomb of the Dragon Emperor (2008).

Brendan Fraser and Afton Smith met at a barbeque for the Fourth of July in 1993 at the home of mutual friend Winona Ryder.

Soon after, we can see the two in the 1997 hit, George of the Jungle. The couple were wed in 1998 after dating for four years. 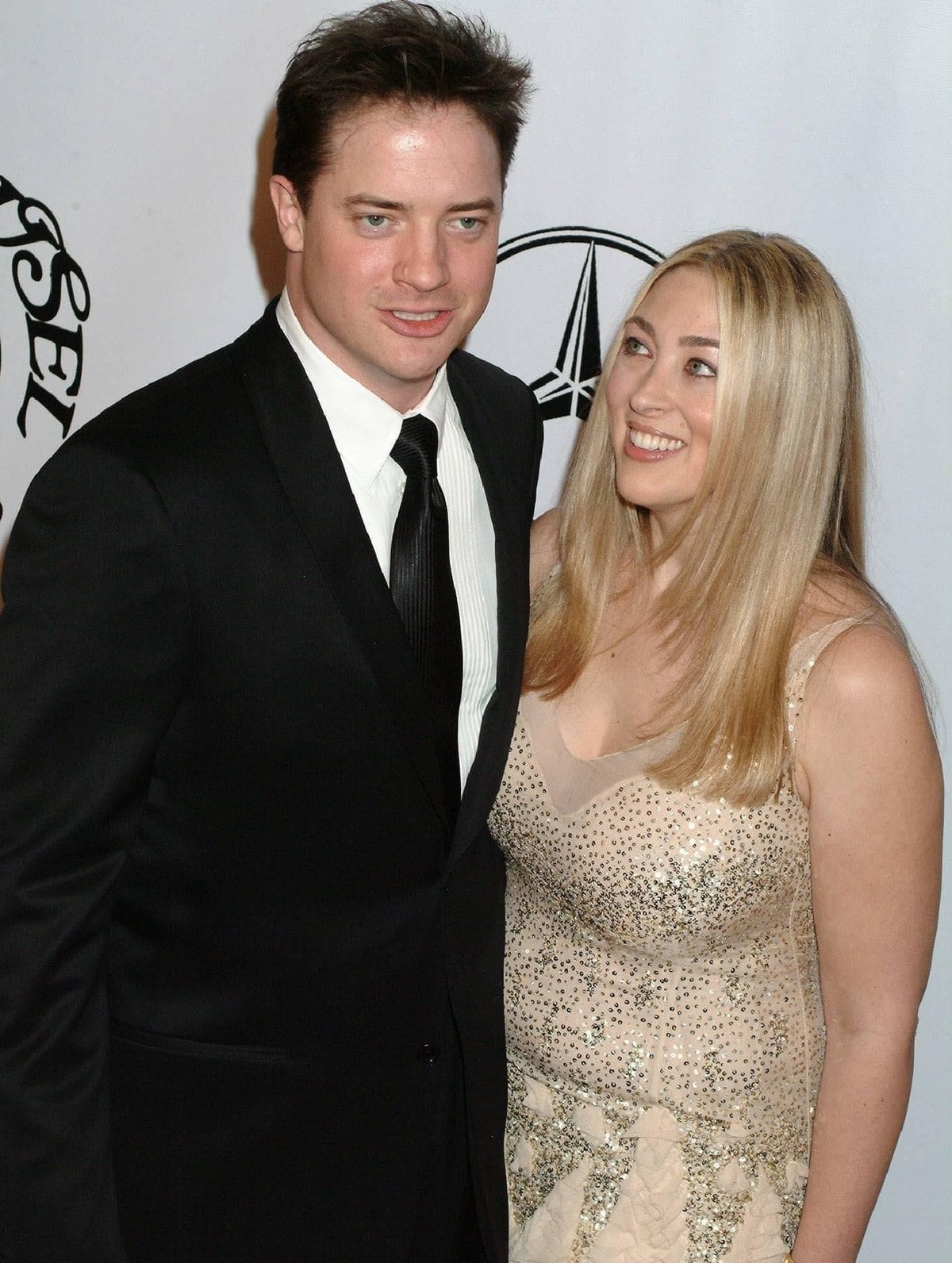 Before long, Afton and Brendan were blessed with three beautiful boys, around two years apart: Griffin Arthur (born in 2002), Holden Fletcher (born in 2004), and Leland Francis (born in 2006).

Who is Afton Smith?

Smith is an American actress, who starred in movies like Less Than Zero (1987), Fried Green Tomatoes (1991), and Reality Bites (1994) which co-starred Winona Ryder. 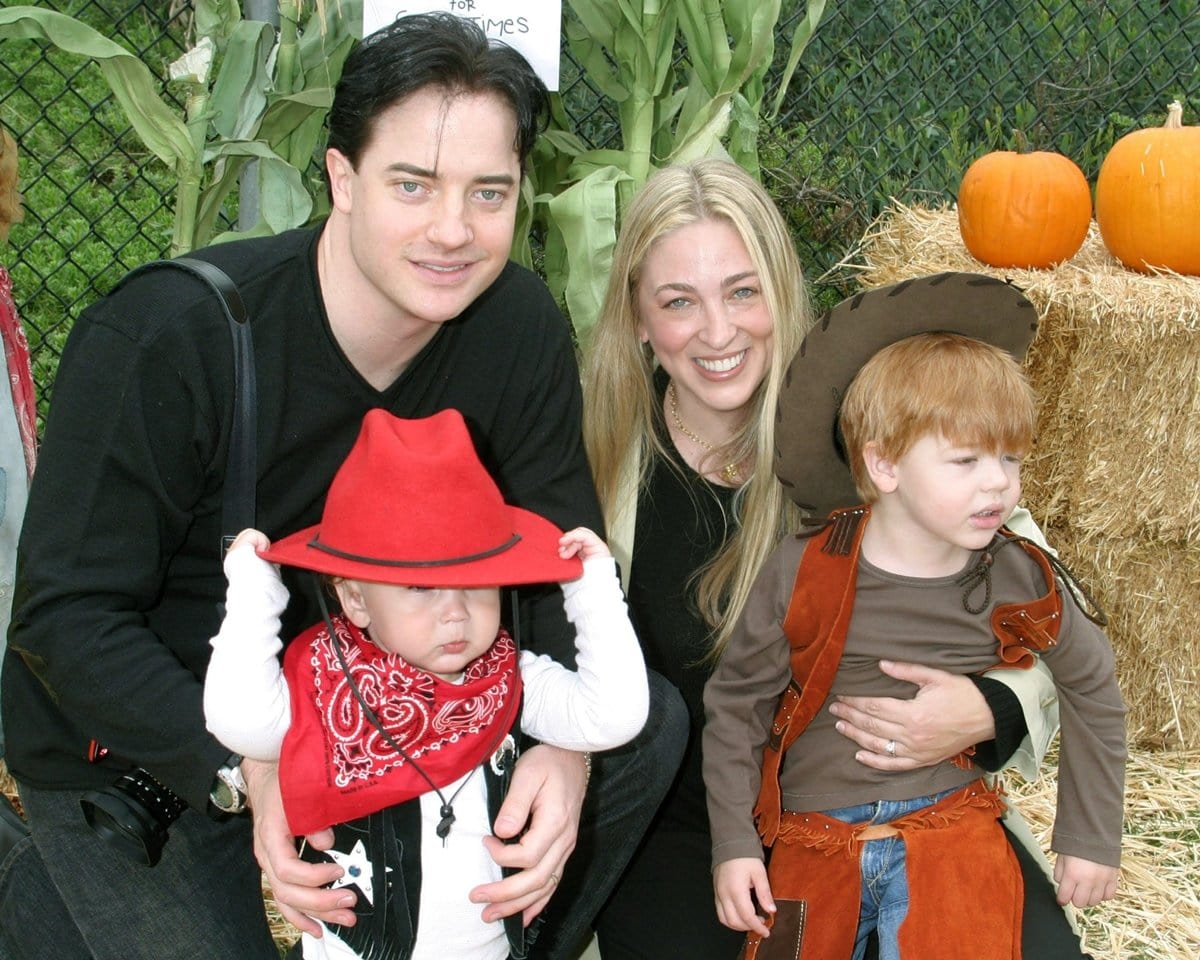 Afton has seemingly retired from screen work and has authored several books.

Brendan Fraser and Afton Smith: A Long and Complicated Divorce

After nine years of marriage, Brendan and Afton announced their divorce in 2007, although it was going to be a long and bumpy road for Fraser until it was finalized in 2009.

When the actor claimed to be unable to pay the ordered amount, he revealed that lack of job prospects and extensive medical bills had drained his income. 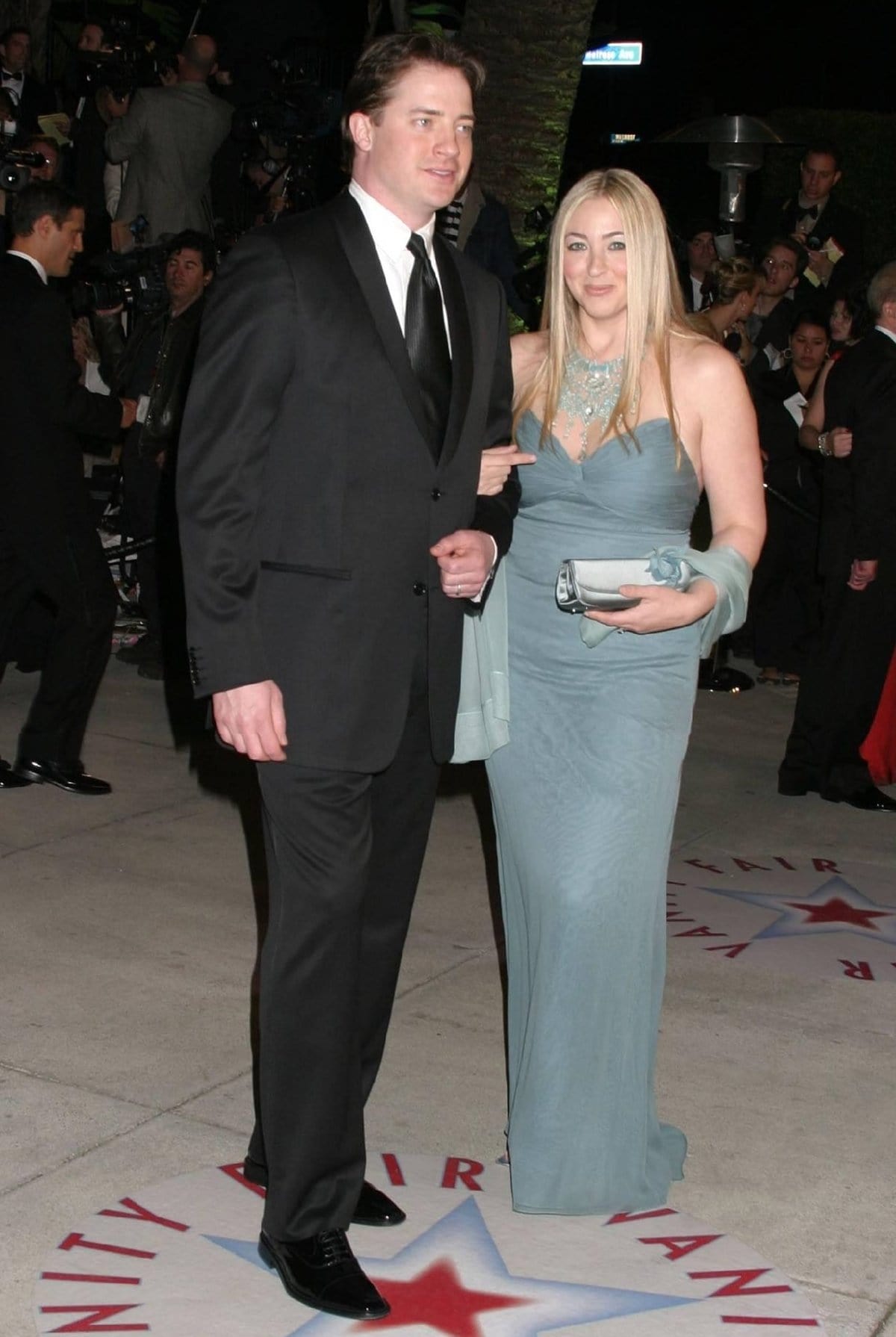 Smith was outraged at the actor’s appeal and claimed that Fraser had concealed nearly $9 million in movie contracts from her during the divorce proceedings.

The accusations were found to be unsupported. Despite the mudslinging, Smith was still awarded generous alimony, child support for their children, and joint custody of the boys.

The boys are now in their teens, and they spend time between the homes of Fraser in New York and Smith in Connecticut. Brendan still speaks very highly of the boys’ mother.

“It takes a great mother to make a boy into a good man,” he says.

Why did Brendan Fraser disappear from Hollywood?

After riding the wave of publicity surrounding The Mummy franchise, Brendan seemingly disappeared.

After experiencing so much success, we would understand if Fraser wanted to take some time between projects, but this hiatus may not have been his choice.

One afternoon in 2003, Fraser was attending a luncheon at the Beverly Hills Hotel for the Hollywood Foreign Press, the presenter of the Golden Globe awards.

When he went to shake the hand of then-president of the FPA, Philip Berk, Berk sexually assaulted Brendan by aggressively groping his backside.

Of the incident, Brendan told GQ in February 2018, “I felt ill. I felt like a little kid.” He later went on to say, “It felt like there was a ball in my throat. I thought I was going to cry.”

In today’s age, stars are afforded a certain level of protection or support when they come forward with sexual assault allegations, although too many have suffered retaliation for their sharing their truth.

Unfortunately, in 2003, individuals were not always afforded the same protections- and especially not men.

Fraser decided to come forward and request a formal apology from Philip Berk; however, he was met with the same denial and gaslighting that many sexual assault victims face.

It’s believed Brendan Fraser was blackballed after he spoke openly about HFPA’s Philip Berk sexually assaulting him at the Beverly Hills Hotel in the summer of 2003 (Credit: Arnold Wells / WENN)

Berk dismissed the allegations, saying it was merely a pinch and intended as a joke. By rejecting Berk’s advances, Brendan found himself landing on Hollywood’s blacklist.

The flow of employment opportunities slowed to a trickle, and he found himself rarely invited to functions for the Golden Globes moving forward.

“I blamed myself,” he said.

Years later, Brendan addressed the lack of offers, attributing some of the hiatus to the seasonality of his career, but when asked if he believed it was due to the incident with Philip Berk, he said, “There’s many reasons, but was this one of them? I think it was.”

In later years, when asked about the accusation, former HFP president Philip Berk described Brendan’s account as “a total fabrication.”

In August 2021, Philip Berk was expelled from the Hollywood Foreign Press Association after he emailed an article to his fellow members that described Black Lives Matter as a “racist hate movement.”

Life Continues to Strike at the Actor

Fraser has spoken in interviews about how he seemed to have a busy and somewhat tragic decade that kept him away from the set.

In addition the sexual assault allegations, Brendan rode out an expensive and messy divorce. He also lost his mother in 2016, with whom he was very close.

The punches kept landing when Fraser underwent several surgeries to correct injuries sustained while performing his own stunts. He also required surgery on his back after sustaining an injury at his home during the aftermath of Hurricane Sandy. 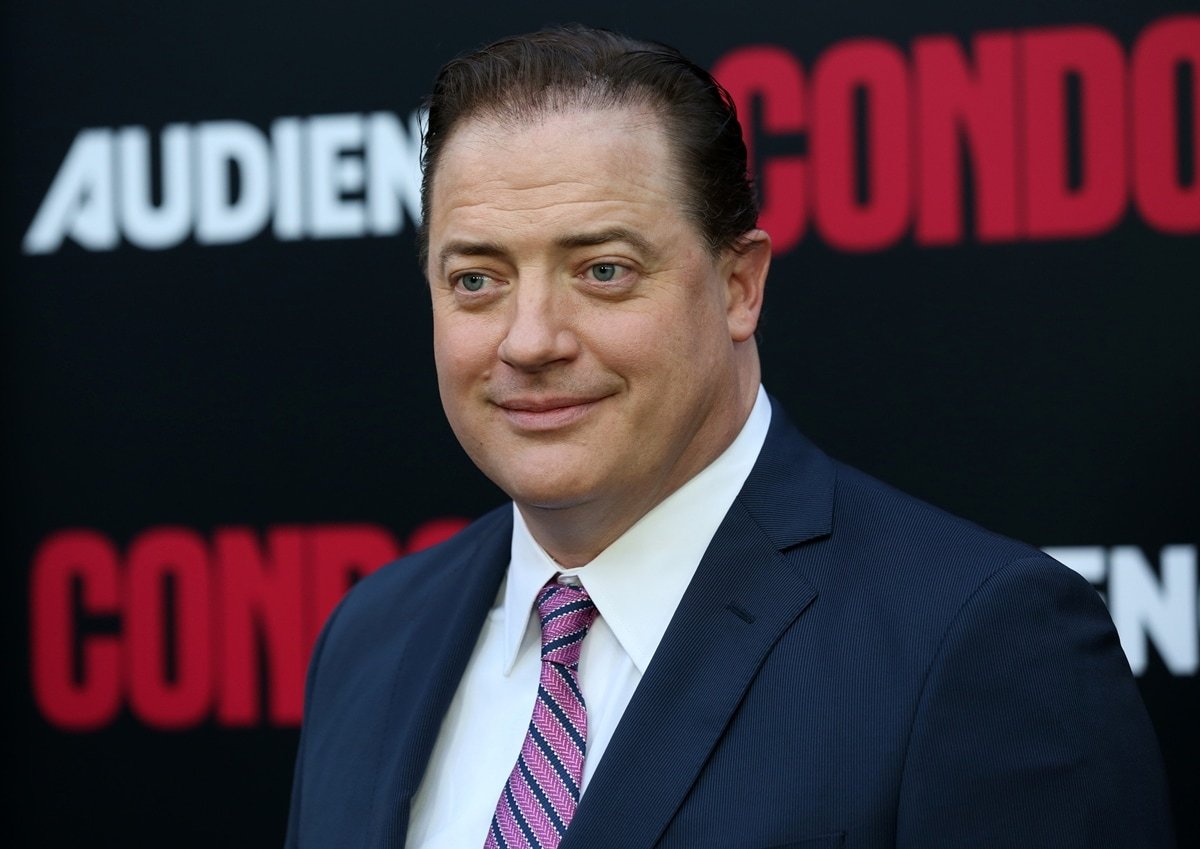 Brendan Fraser suffered from depression after his divorce and the death of his mother (Credit: Brian To / WENN)

He describes his state of physical decline as “building an exoskeleton,” every day using a combination of ice packs and protective sporting equipment to keep his body operational during filming.

These exorbitant medical costs, very public personal struggles with Afton, and lack of job prospects due to negative publicity led Fraser to seek refuge in his home.

As a result of so many traumatic events, Fraser struggled to escape the cloud of depression. Fortunately, as a silver lining of the isolation, he found solace in caring for his boys and investing in his mental health.

Part of his recovery, Brendan has revealed, is due to a horse. Pecas, as the horse is called, was rescued by Fraser from the set of Texas Rising, which he filmed in Mexico.

The dappled equine had absorbed kicks and bites from other horses without reaction. Maybe the mistreatment seemed all too familiar to Fraser.

Once filming had wrapped, Brendan imported Pecas to the United States, finally arriving at his home in New York. He says that riding Pecas makes him feel better.

He also has revealed that his oldest son, Griffin, is on the autism spectrum and finds great comfort in the repetitive nature of grooming and caring for Pecas.

When the #MeToo movement started gaining traction in 2018, Brendan Fraser spoke up about his experience with Philip Berk from 15 years prior. The secret that he had been carrying close to the vest was met with overwhelming support.

Even actor Terry Crews supported Brendan, calling him “courageous,” and adding, “One man’s ‘horseplay’ is another man’s humiliation.”

In recent years, Fraser is making more public appearances and currently has several movies in post production. He also just released a season of DC Comics Doom Patrol, where he voices the disembodied persona of Cliff Steele in Robotman and also plays as his human form. 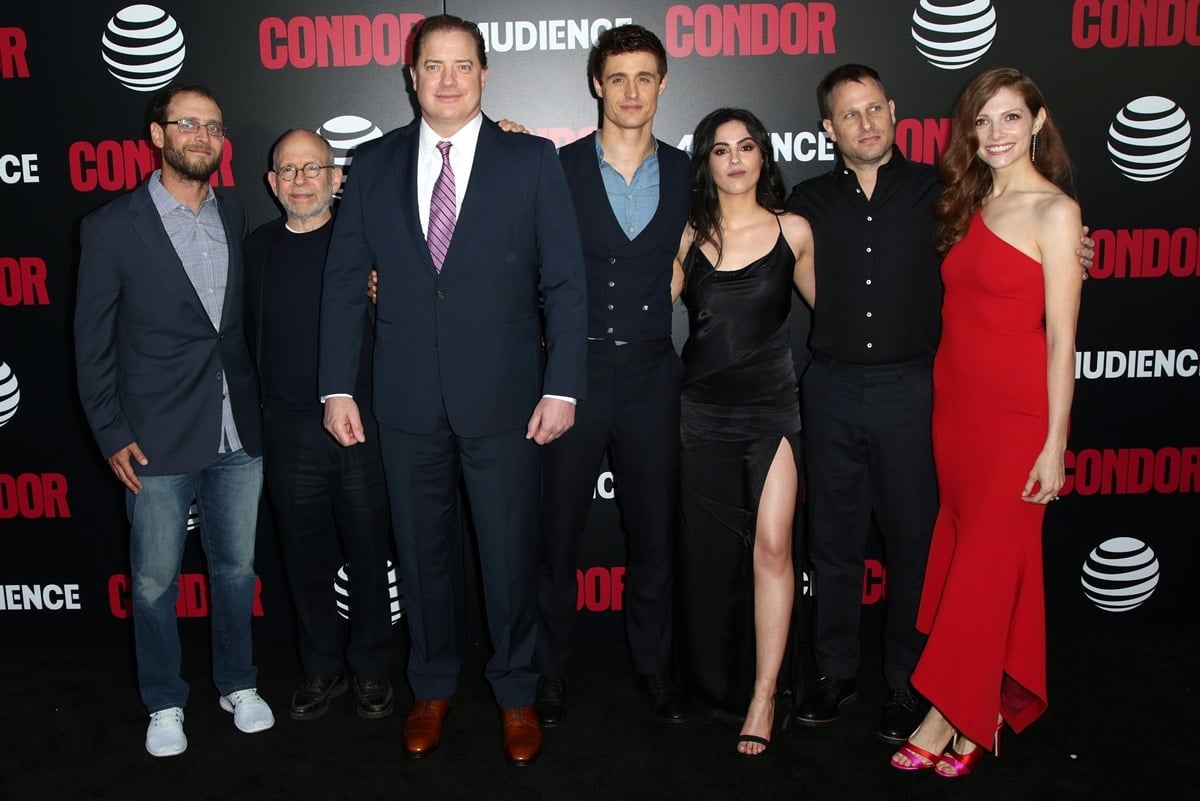 In recent months, Fraser appeared in a viral TikTok video, where an interviewer professed the web’s support and admiration for his body of work.

Brendan takes a drink, tips his cowboy hat, and with the biggest Brendan Fraser smile says, “Shucks, Ma’am.” Maybe he really is as pure as we had always hoped he was.

It seems Brendan Fraser has turned a sharp corner following perhaps the roughest decade in his life, and we can only hope that we will see more of this kind-hearted star in the years to come.