Just a few months after revealing shocking details about having 7 kids with different mothers, Nick Cannon opened up about dating Kim Kardashian back in the 2000s.

Meeting on the set of the American television sitcom Moesha, the Skims founder was Brandy’s personal stylist and even dated her brother, Ray J, on and off from 2003 to 2006.

Nick and Kim dated around the time when her infamous sex tape with her ex-boyfriend Ray J was leaked in early 2007.

“We were on the set of Moesha, and Ray J was with Kim Kardashian— and Kim was the stylist,” Mariah Carey’s ex-husband reveals in his mixtape, The Gospel Of Ike Turn Up: My Side Of The Story.

“I was like, ‘Who’s the stylist with all the ass?’ Even when I was scheming on Brandy. But whatever Kim and Ray’s situation was, she came up to me and asked, ‘What’s poppin?’ I was like, ‘Oh, let’s go get something to eat.”’

“People didn’t know, they were like ‘who’s that chick with Nick? She’s bad,’” he said on the “Drink Champs” podcast.

Nick Cannon says they split after Kim Kardashian lied to him about the existence of her sex tape with Ray J (Credit: Judy Eddy / WENN)

Nick continued, “I believe Ray J knew her before I did.” Nick said he was serious about their relationship, “I was really into her, I was vibing,” adding she is an “amazing person.”

“She broke my heart,” Nick emphasized. “Then, it started being these rumors going around that it was this tape.” He explained, “When I asked her about it, she denied it. I knew that they messed with each other. I never watched the tape.” 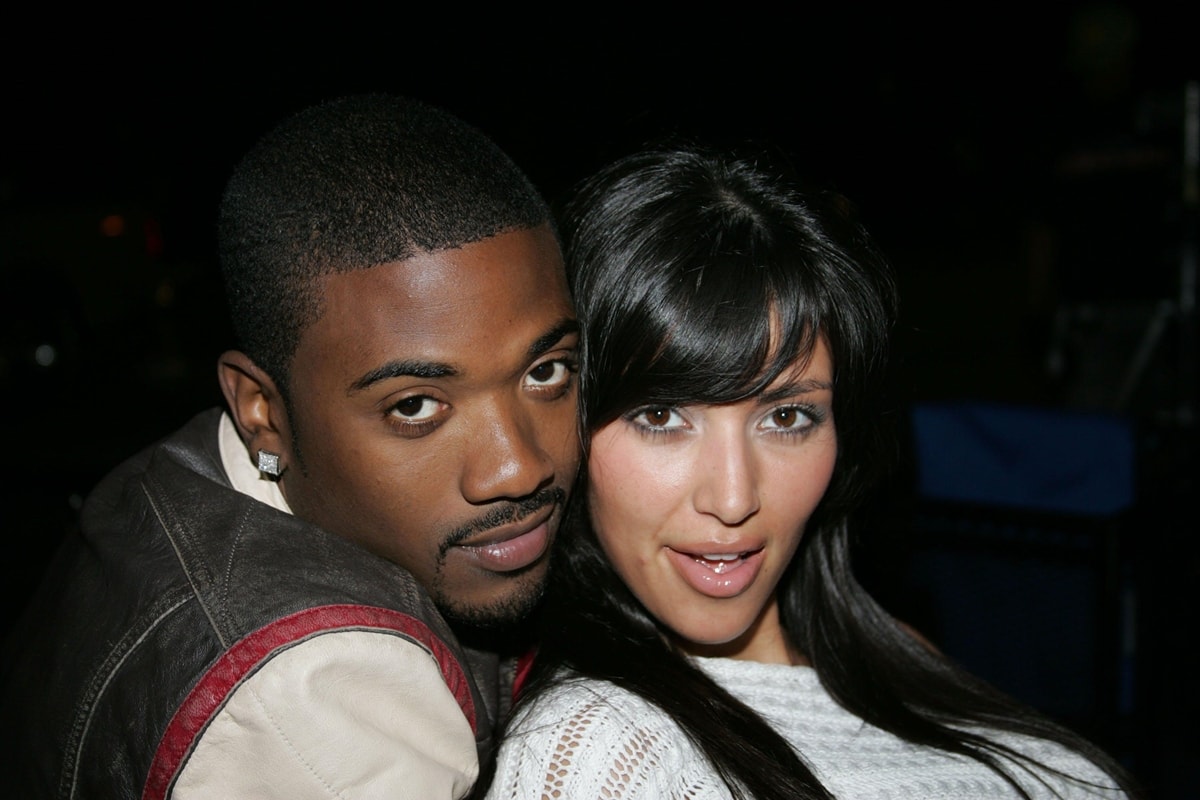 Kim Kardashian and Ray J dated on and off from 2003 to 2006 and their sex tape was released on March 21, 2007, by Vivid Entertainment (Credit: David Livingston / WENN)

“I did ecstasy once and I got married. I did it again, I made a sex tape,” Kim admitted in a 2018 episode of Keeping Up With the Kardashians. “Like, everything bad would happen.” 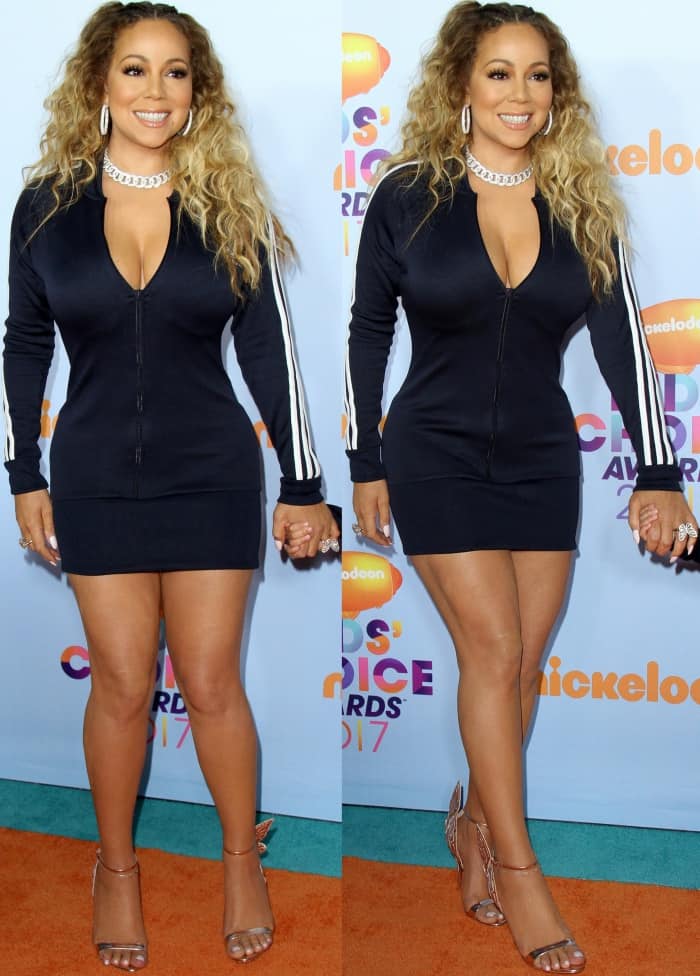 In March 2017, Mariah Carey turned the 2017 Kids’ Choice Awards into a fun-filled and stylish family affair as she attended the star-studded event with ex-husband Nick Cannon and their adorable twins, Monroe and Moroccan.

The family was dressed to impress in matching his and hers outfits while they worked the orange carpet.

The then 46-year-old superstar wore a dark blue mini dress from Adidas, which showed off her curves and plenty of cleavage.

Daughter Monroe wore a matching striped dress worn with white stockings, and both ladies styled their hair in loose curls with two braided pigtails on top. 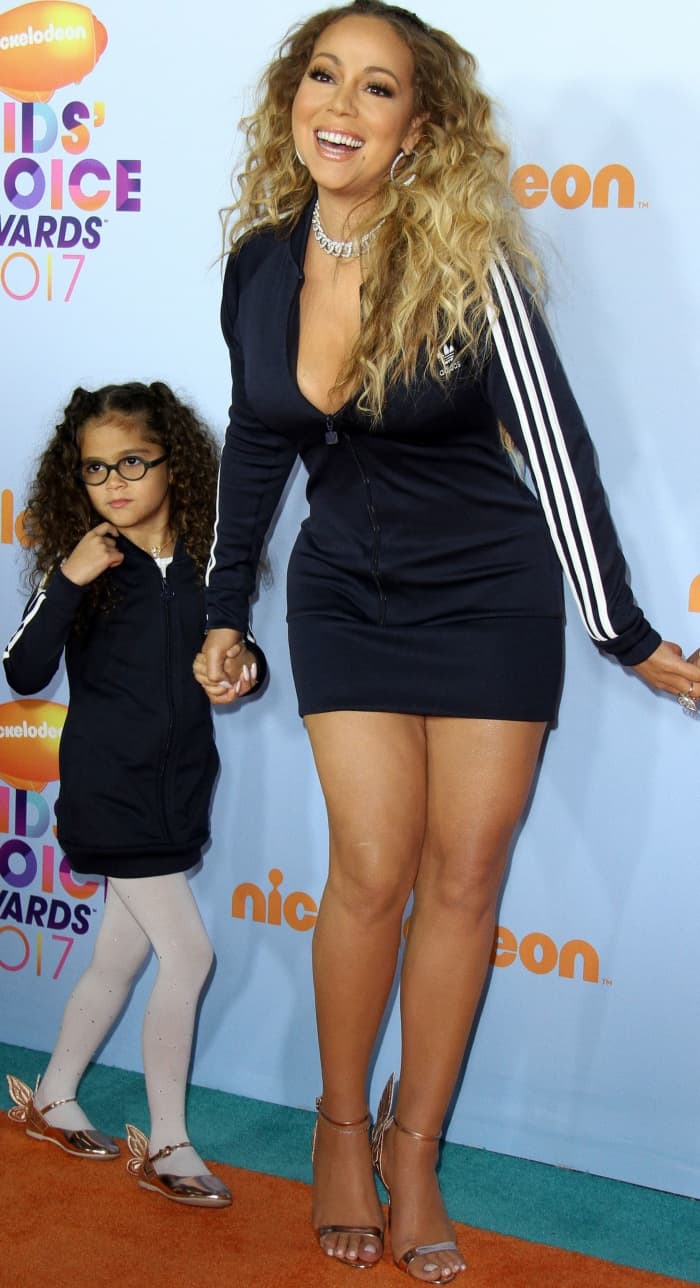 Mariah added a dose of glamour to her sporty look with a silver chain necklace, hoop earrings, and an assortment of rings. 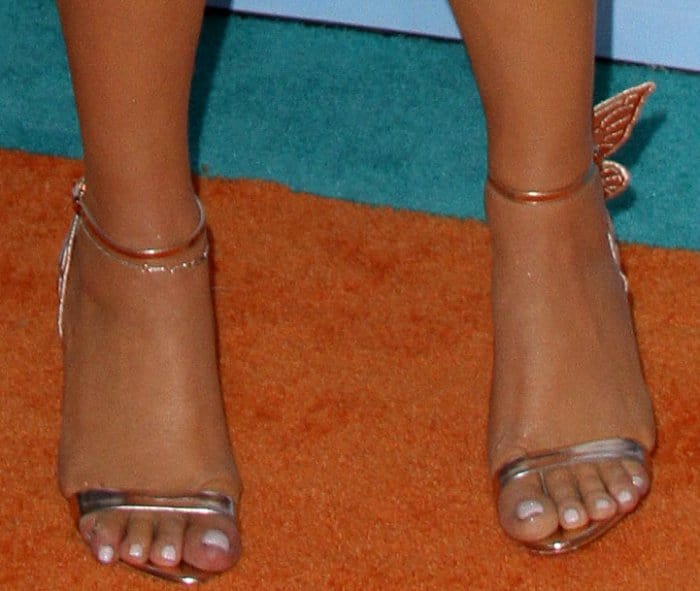 She completed her ensemble with updated “Chiara” sandals from Sophia Webster, while Monroe wore the “Chiara Mini” flats. 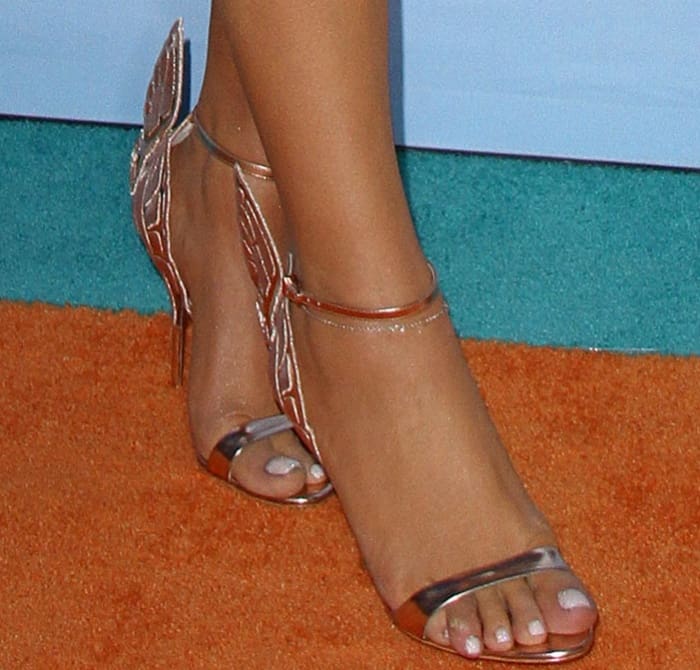 The embroidered butterfly wings jutting out from the scalloped heel counters are really what make these shoes stand out. 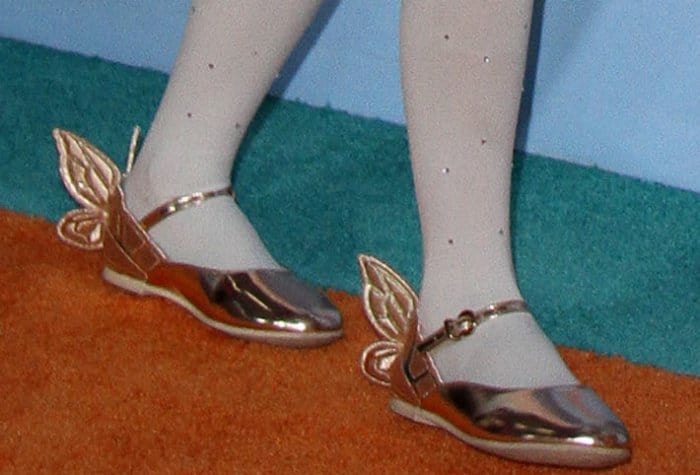 You can buy the shoes from the popular women’s shoe brand for $675 at Saks Fifth Avenue. For other “Chiara” styles, check out Farfetch. 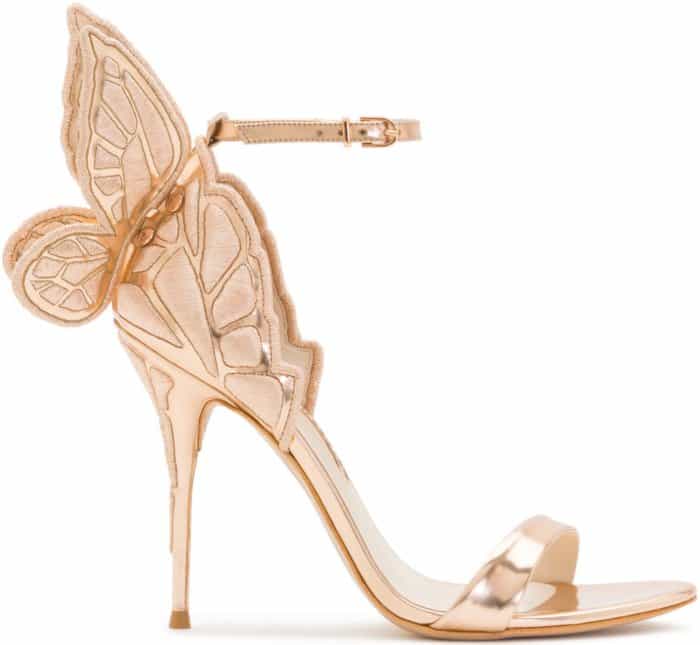 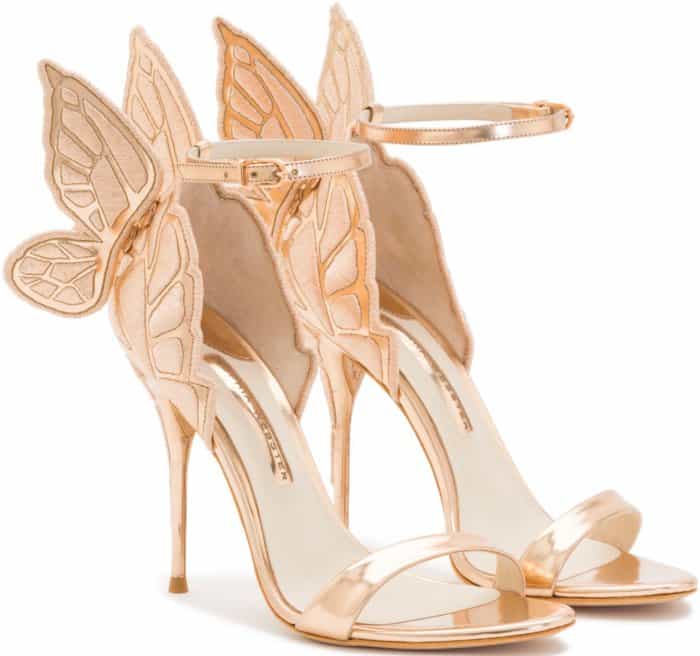 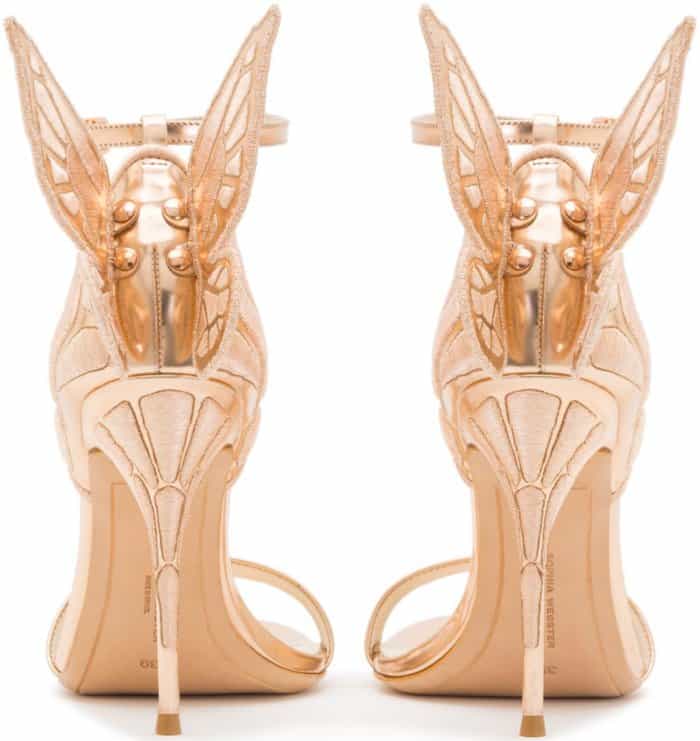 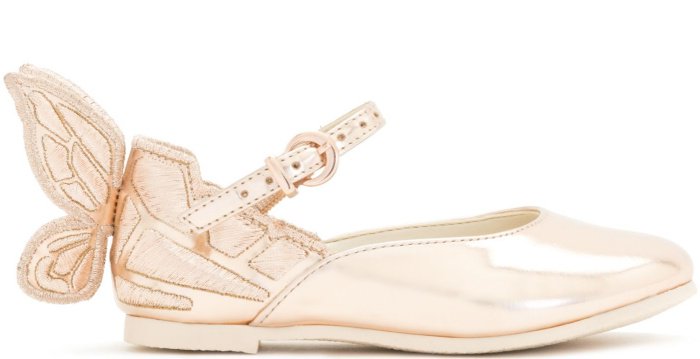 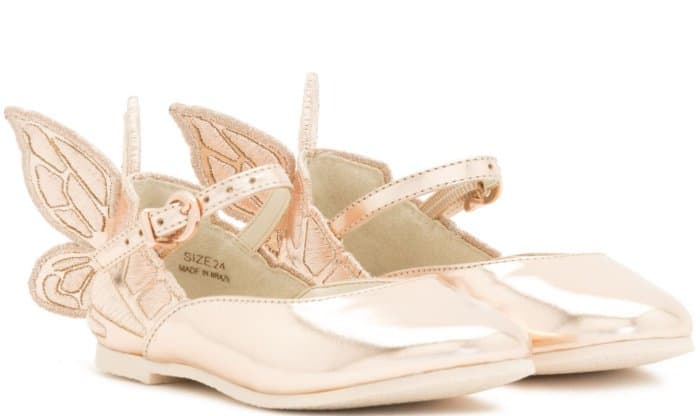 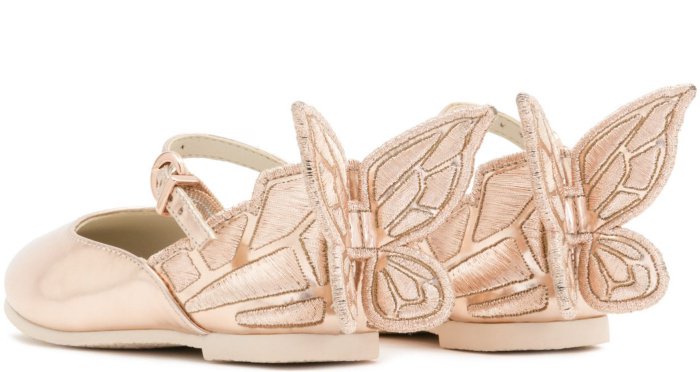 Meanwhile, Nick and his son Moroccan stepped out in matching orange ensembles. They wore sleeveless hooded sweatshirts and shorts. The boys also wore sunglasses and matching tan boots customized with the Nickelodeon logo. 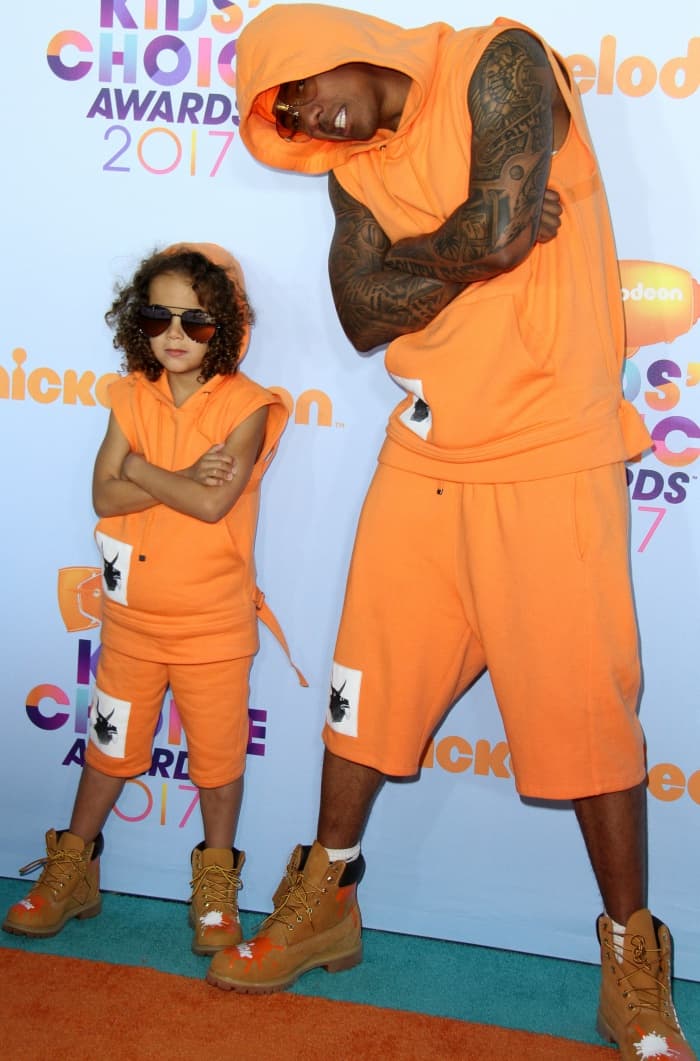