While sneaker gatekeepers are unlikely to agree, the Air Jordan 1 Mid has arguably had a better year than its taller counterpart. Heritage-inspired colorways have been mainstays within the silhouette’s roster of offerings, which the High has almost exhausted. For its latest ensemble, the mid-top trim has indulged in a “White/University Red” colorway worthy of a “Reverse Chicago” moniker.

Reminiscent of the “Metallic Red” style last seen in May 2017, the newly-surfaced retro primarily boasts a “colorless” arrangement throughout its upper and sole unit. Vibrant scarlet flair lands on the toe (which lends the pair to a “Red Toe” nickname), profile swooshes, ankle underlays and outsole. Branding on the lateral ankle flap and tongue label also partake in the stark “University Red” contrast, further tying the Air Jordan 1-variant to Chicago Bulls heritage. The two-tone component not only harkens back to simple styles of decades past, but also the recent string of Nike Dunk offerings to hit the market – both designed by Peter Moore.

Enjoy images of the pair here below, and anticipate a Nike.com launch soon.

Elsewhere under the NIKE, Inc. umbrella, the Nike LeBron 19 is set to debut as the 2021-22 NBA season gets underway. 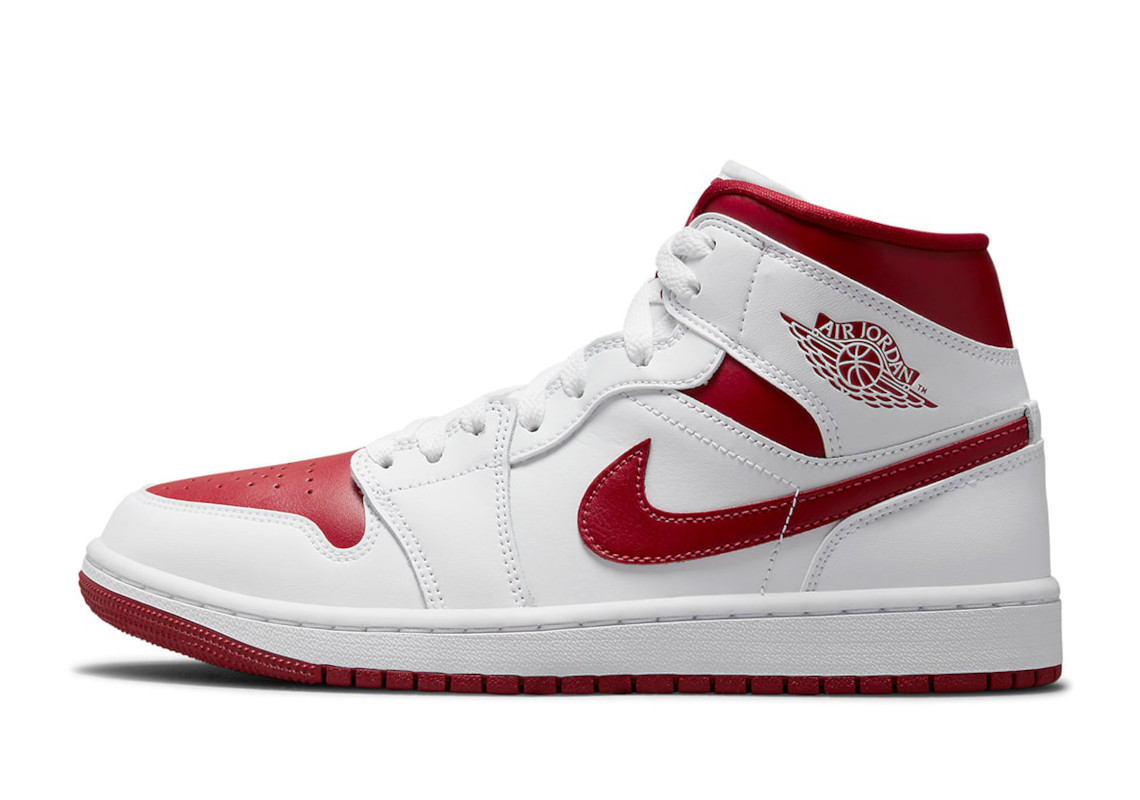 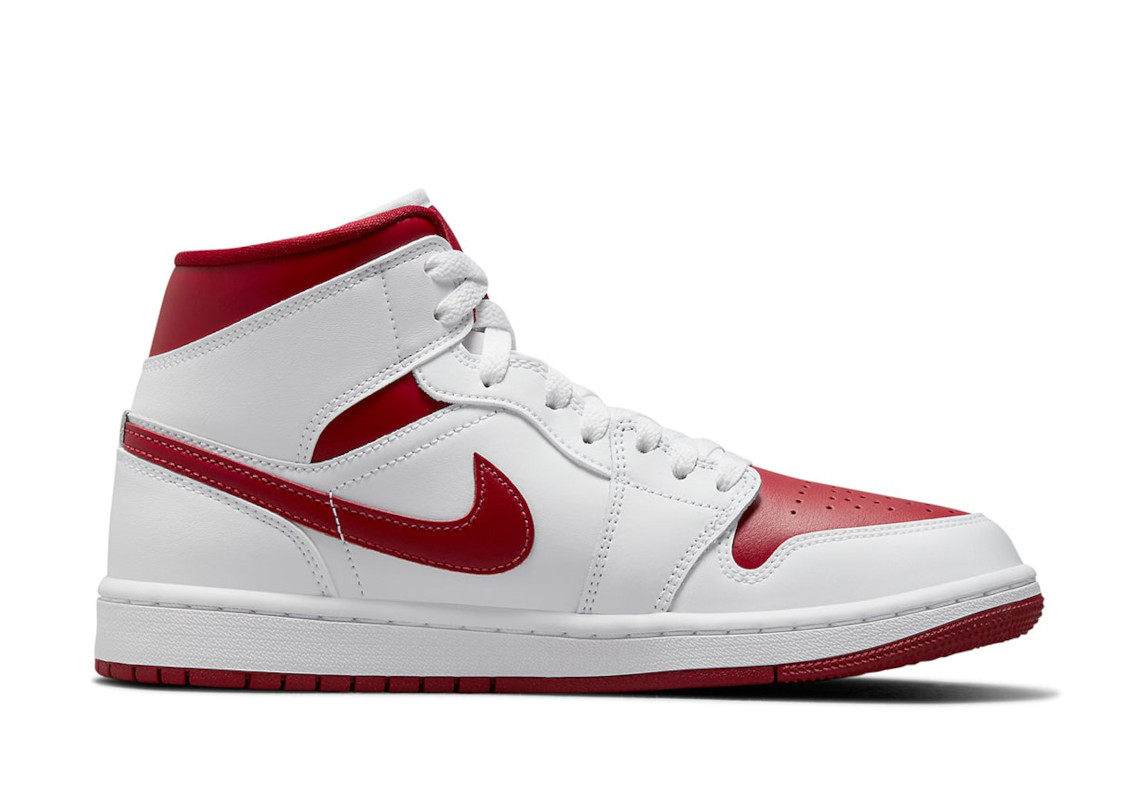 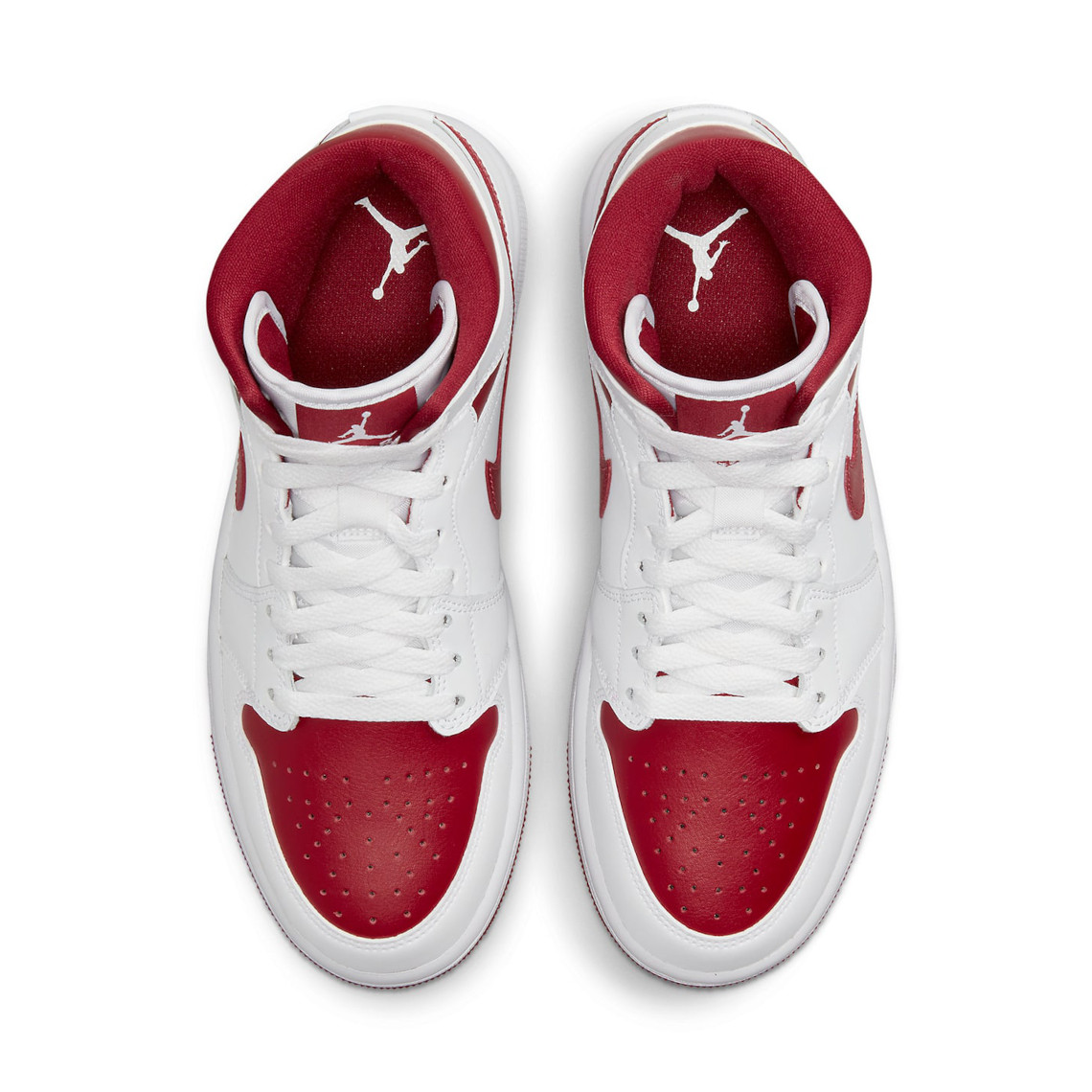 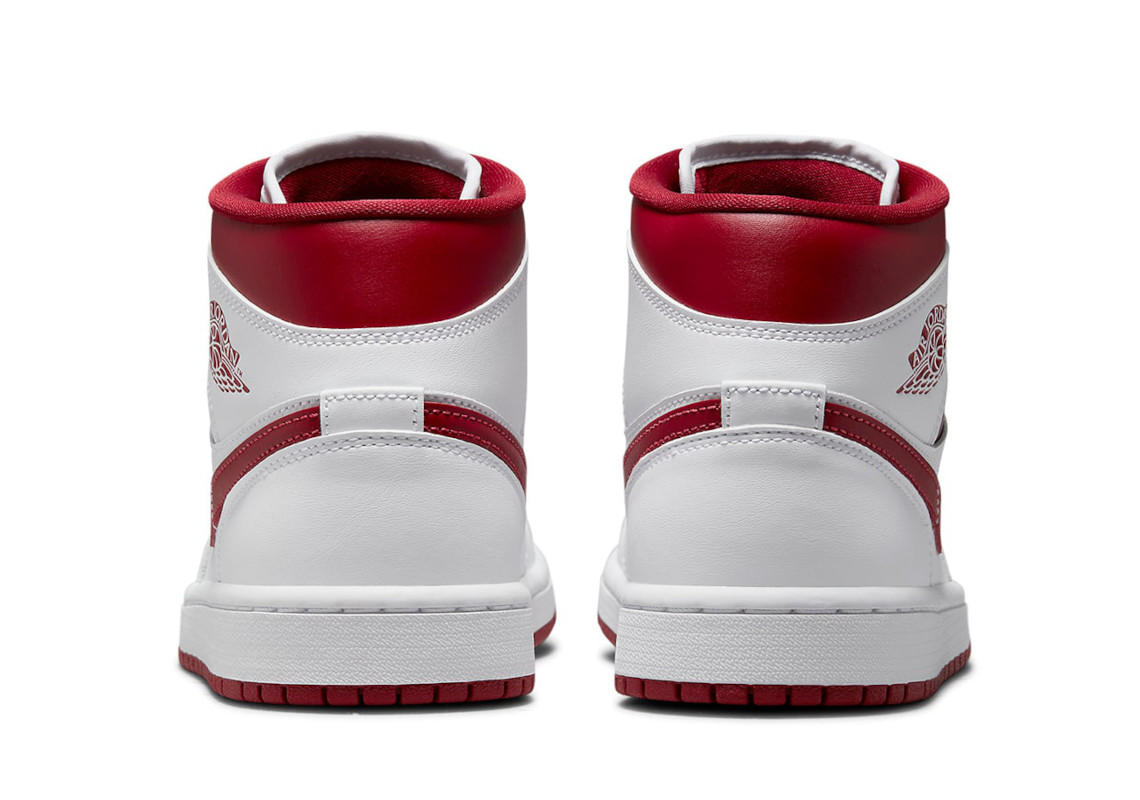 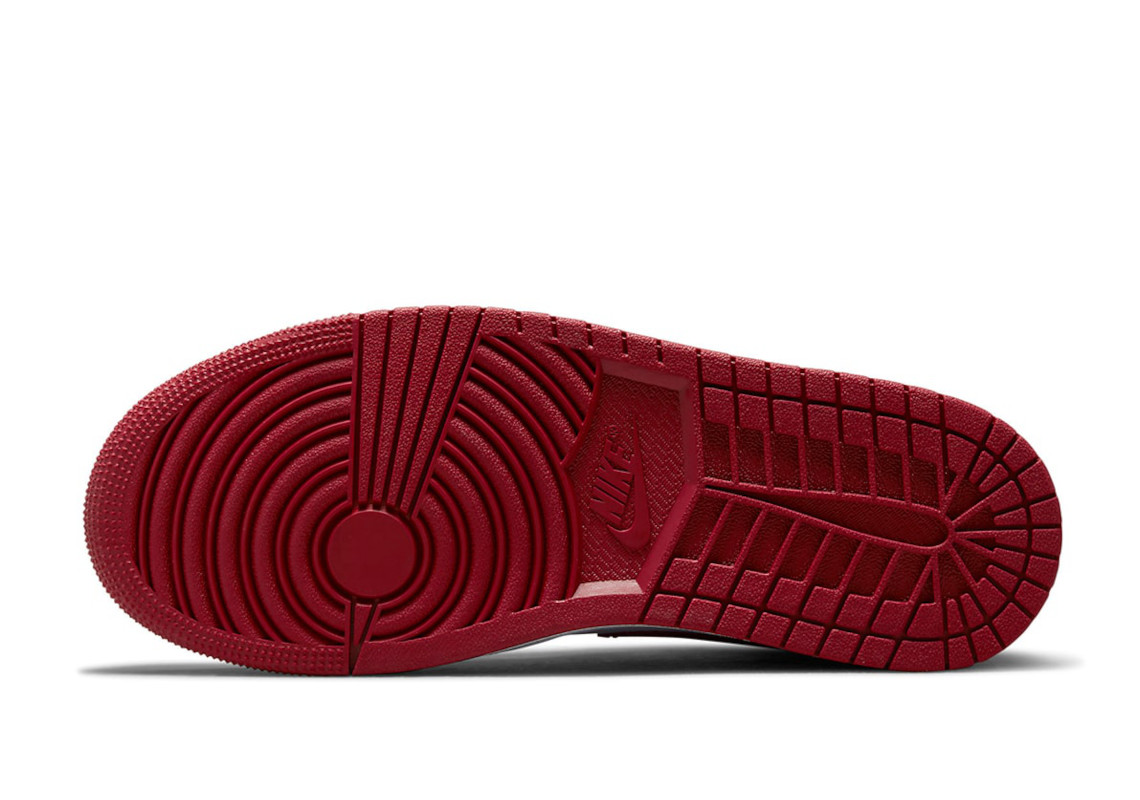 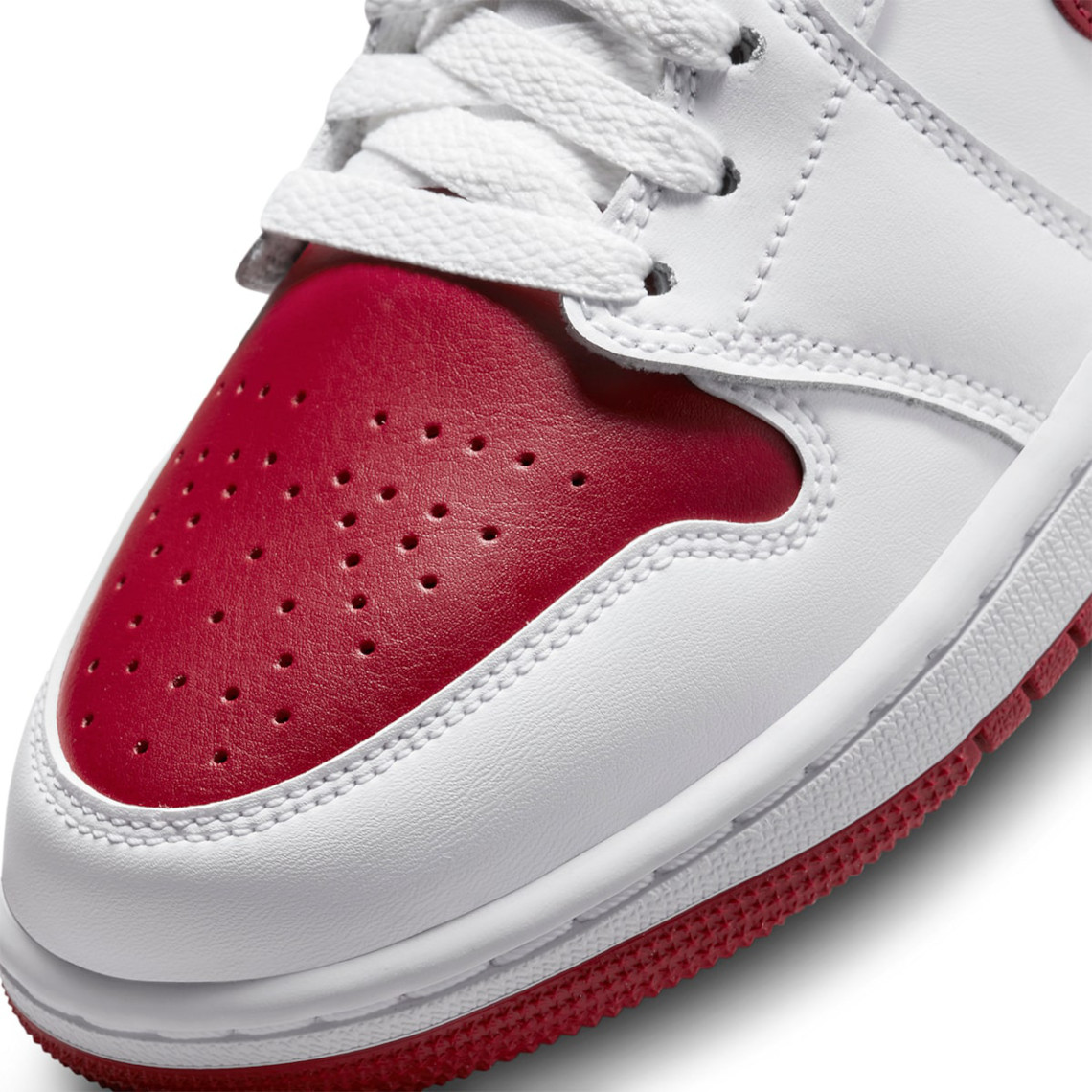 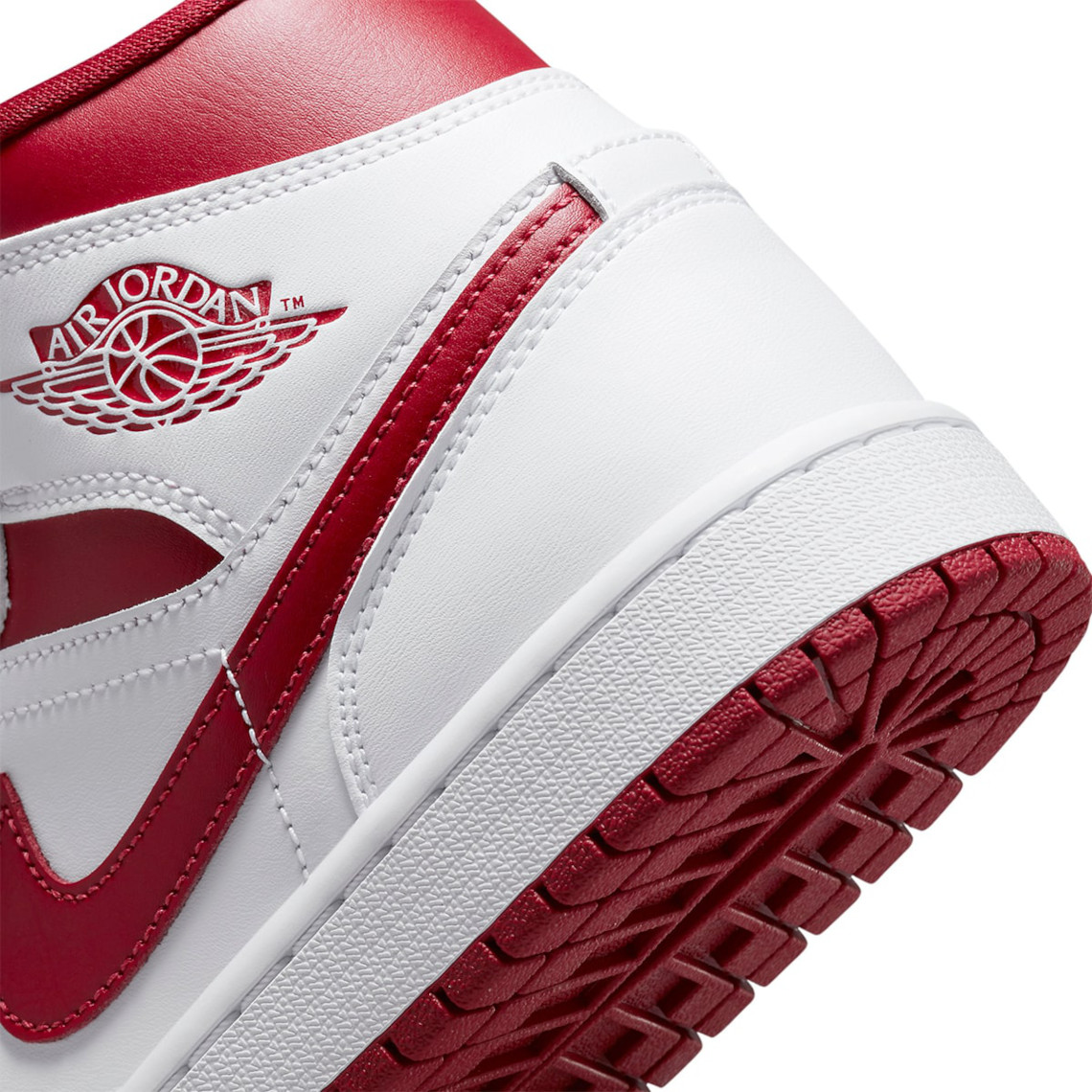