On Wednesday, Gigi Hadid showed off her new UGG Tazz slippers when visiting the Coperni headquarters for a fitting.

She rocked Re/Done high-waist loose jeans with a Gwendia vest from Isabel Marant that you can buy at Mytheresa. 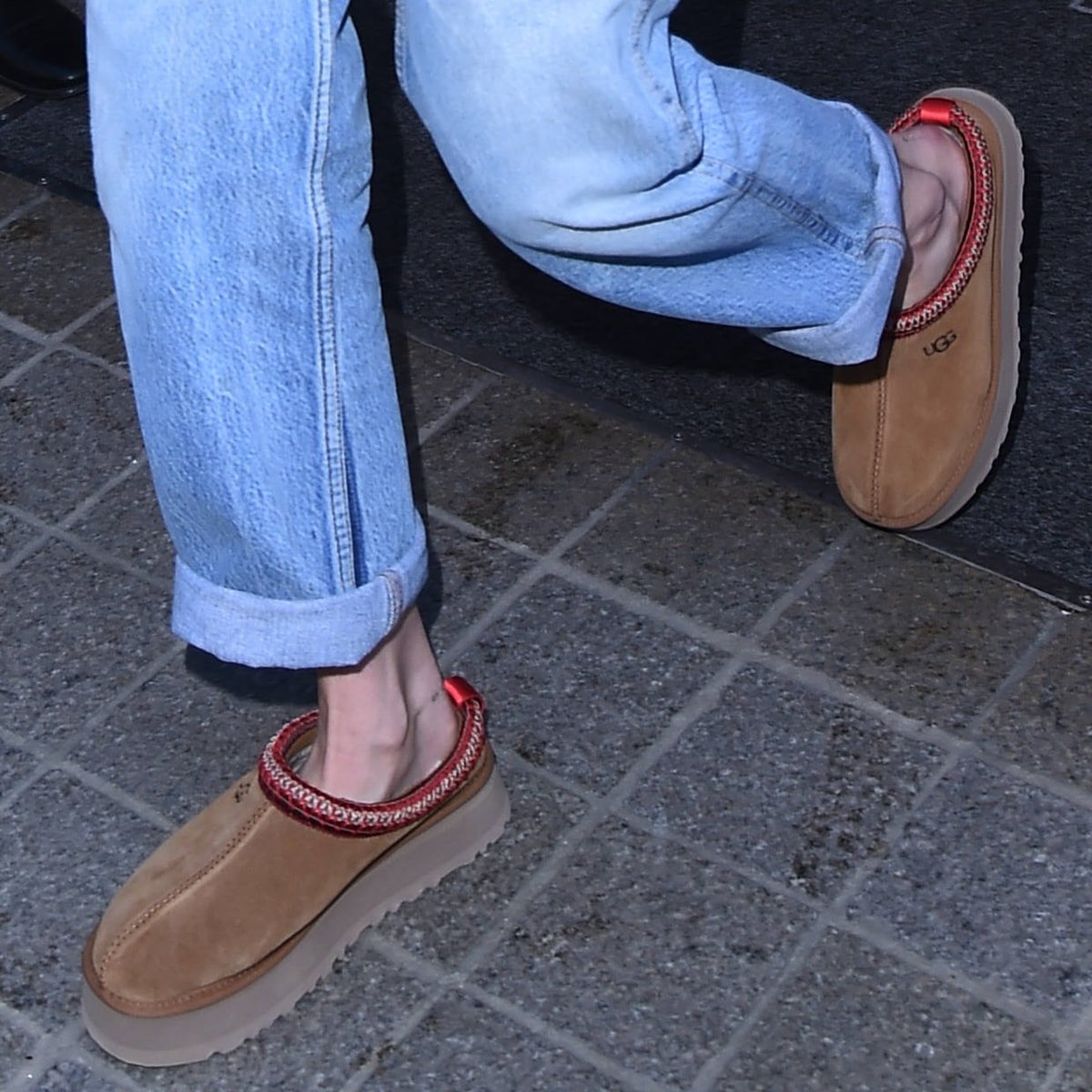 Gigi Haid’s UGG Tazz platform mule slippers are lined with UGGplush, a moisture-wicking textile made from a wool-rich blend but crafted to feel and wear like genuine shearling (Credit: MEGA / WENN)

Available in black, seaweed, and chestnut at Nordstrom and Zappos, Tazz is a maximalist take on the timeless Tasman. It features a 1.5″ platform sole for boosted cushioning and style. 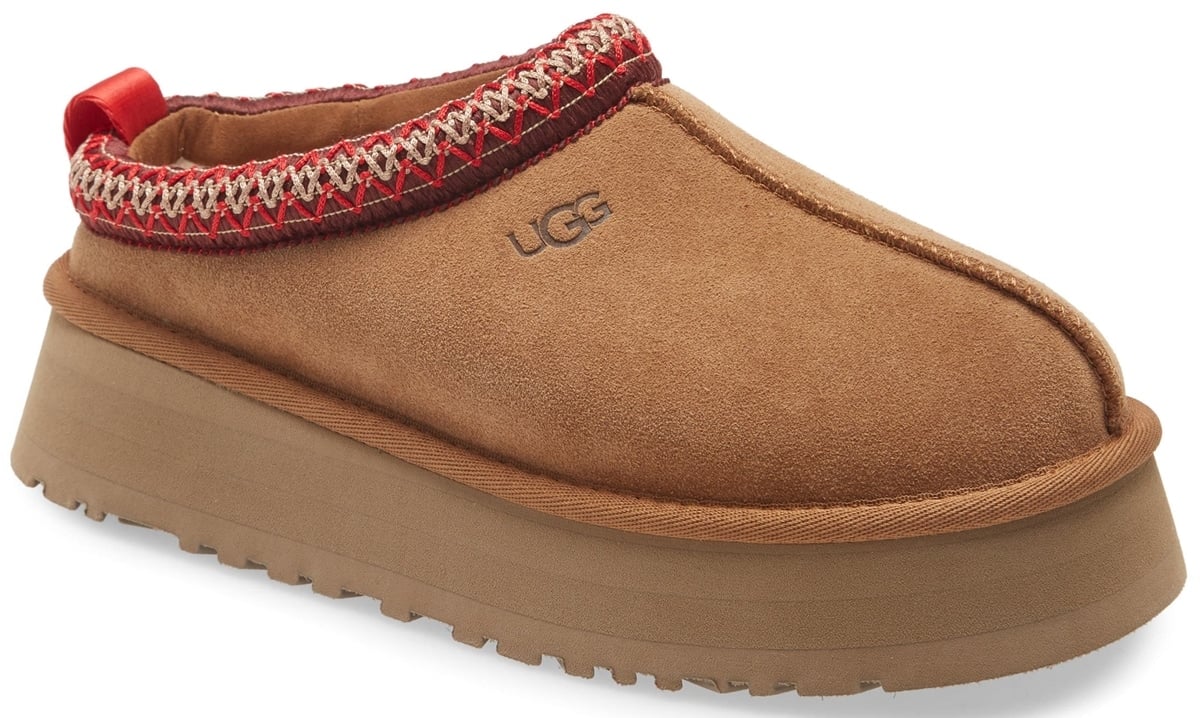 One day later, wearing an orange crop top paired with black platform sandals and a long silver low-waisted skirt, the 26-year-old model flaunted her toned abs while walking the runway for the Coperni show on Thursday in Paris, France. 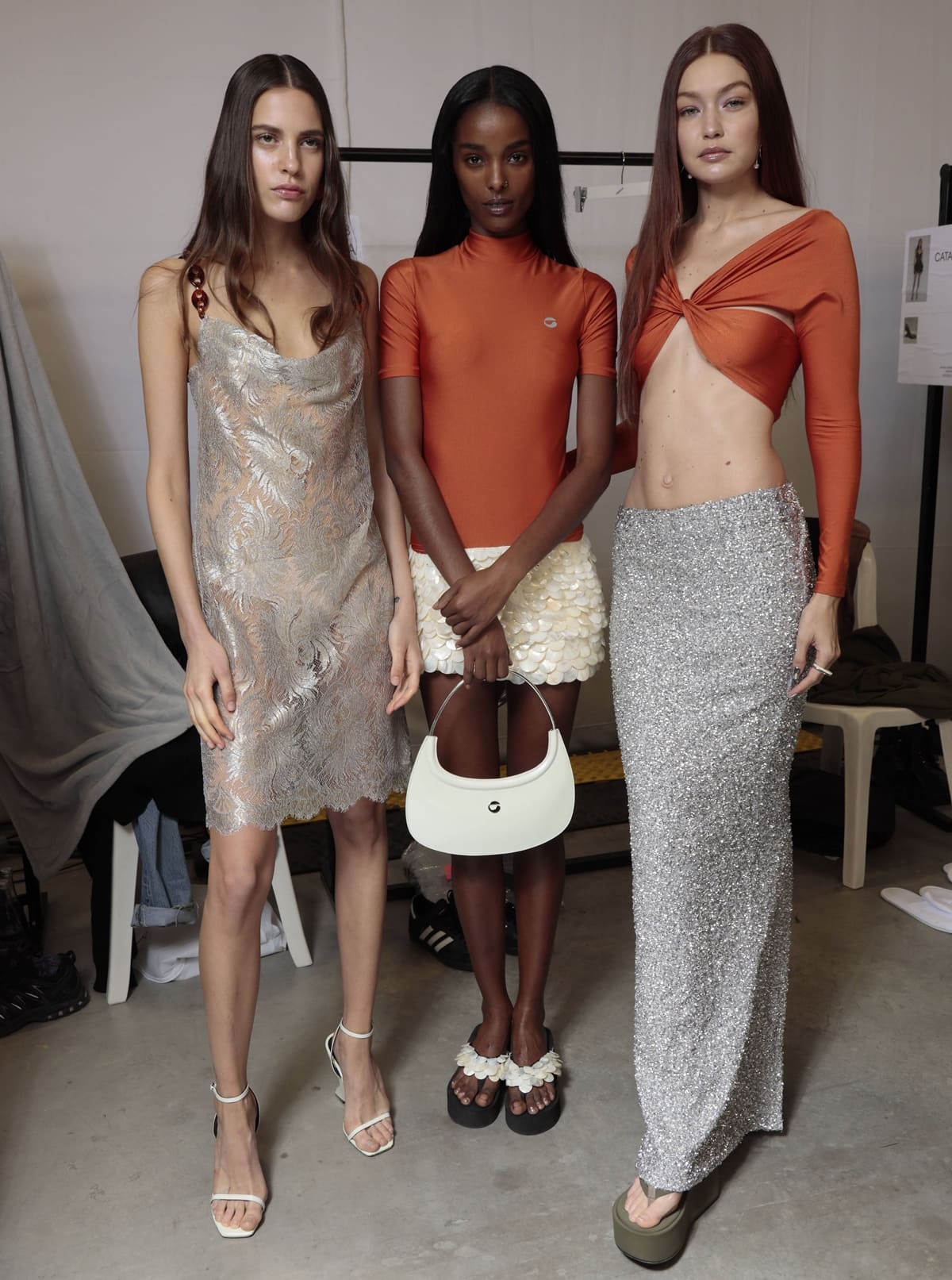 Joined by other stunning models, Gigi Hadid flaunts her toned abs backstage ahead of the Coperni Womenswear Spring/Summer 2022 show as part of Paris Fashion Week on September 30, 2021, in Paris, France (Credit: MEGA / WENN)

In March 2016, Gigi Hadid had quite the week in Paris, hitting the runways of so many high-end designers and basically living the life that every supermodel-wannabe strives for. 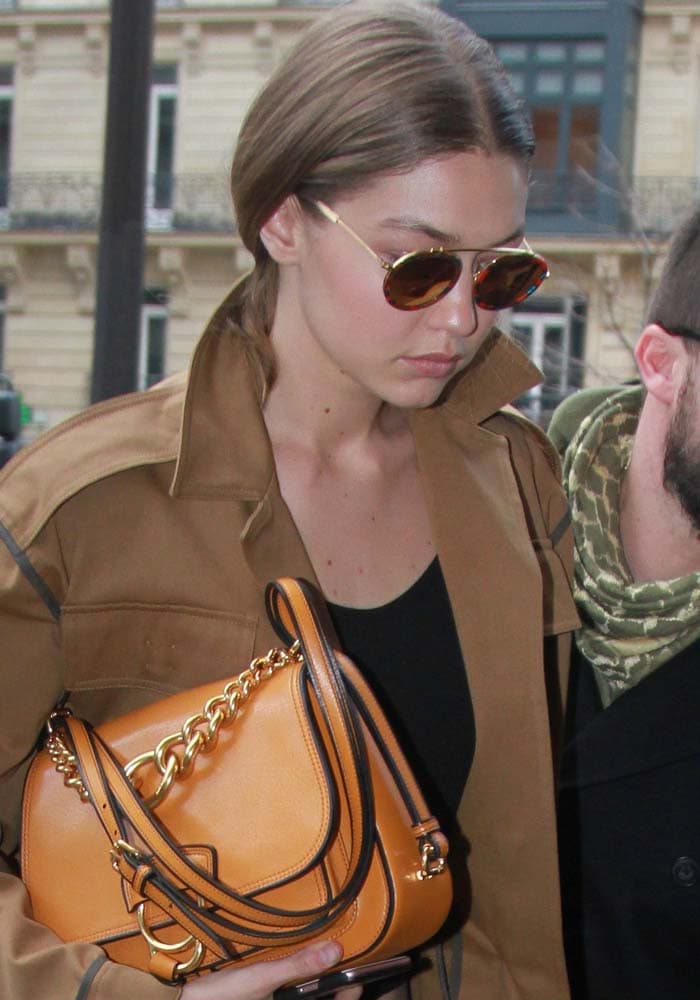 Gigi Hadid wears her hair back as she arrives at the George V Hotel in Paris on March 9, 2016 (Credit: WENN)

The downside of things? The model rarely had time to go out and take in the beautiful sights of Paris. 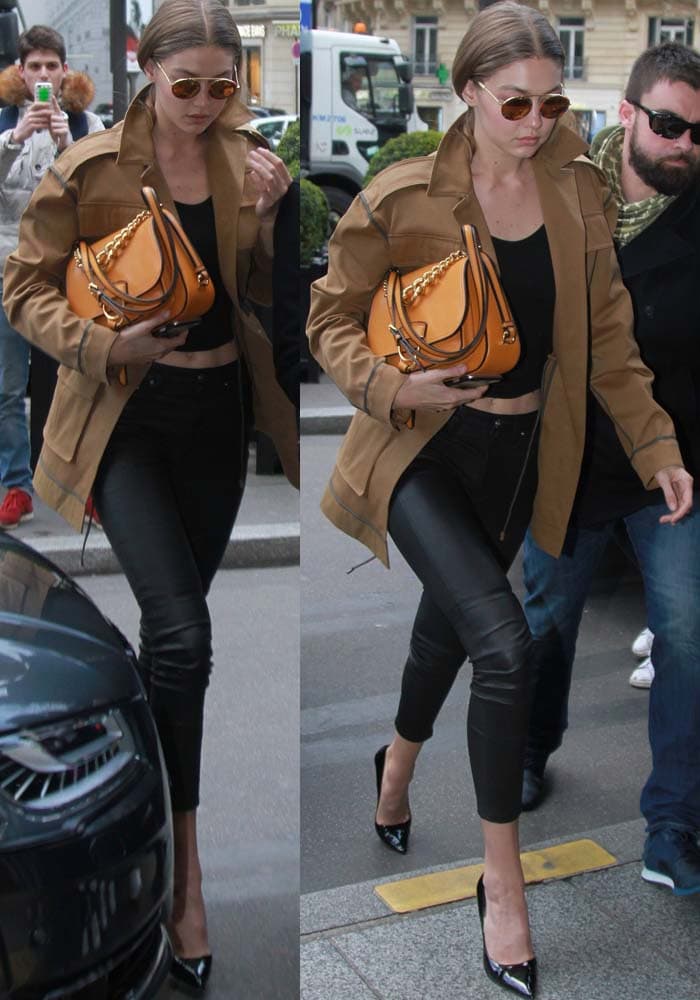 The older Hadid sister returned to her hotel in Paris after walking the Miu Miu runway.

Gigi went straight to Four Seasons George V Hotel in Paris after work in a black crop top and leather jeans, which she hid under her Versace coat.

The then 20-year-old sported a Miu Miu purse to show off her brand loyalty and completed her look with sunglasses from Krewe Du Optic and a pair of Kurt Geiger‘s infamous metal-heeled “Britton” pumps. 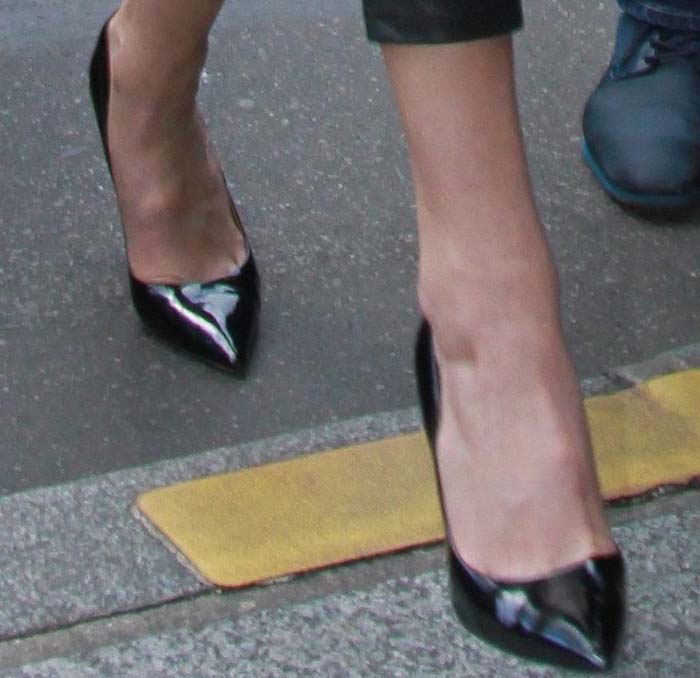 After retiring in two different cars the previous day, this time Gigi was joined by her sister Bella, who stepped out of the car in a leather jacket look.

Make your everyday pumps a little more chic by ordering a pair of Kurt Geiger “Britton” pumps in black patent leather or nude at Zappos. 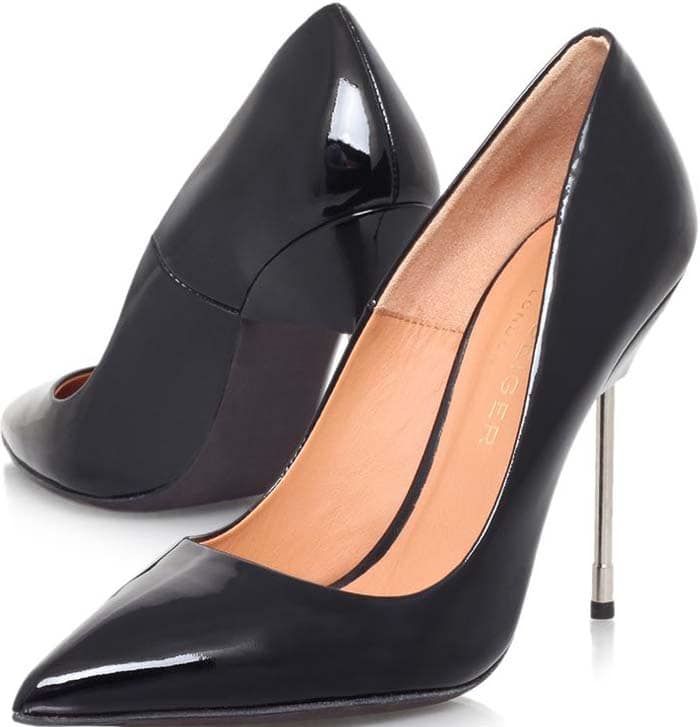 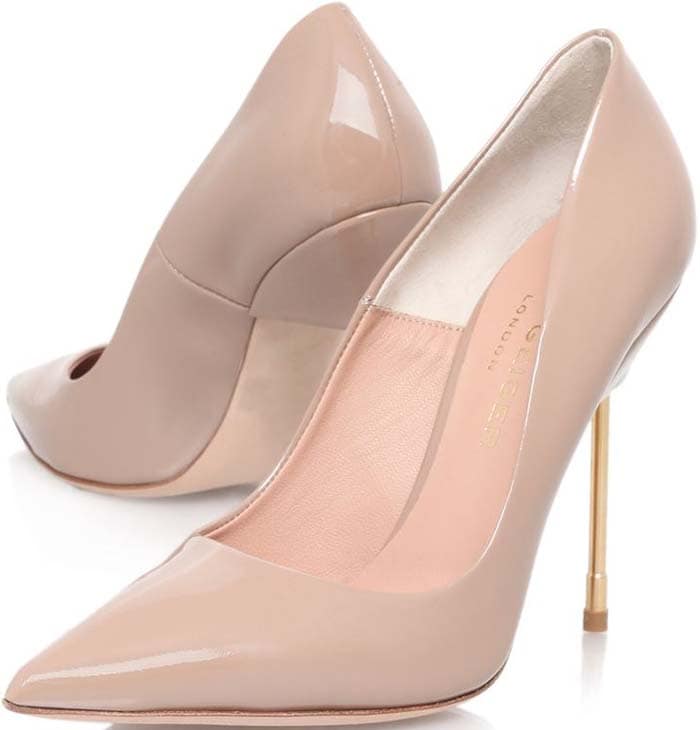