She’s best known for playing Gabriella Montez in Disney’s High School Musical. And for the first time in her career, Vanessa Hudgens is lending her vocal talents to the computer-animated fantasy-comedy film, My Little Pony: A New Generation.

The Princess Switch star is voicing the lead character, Sunny Starscout, in the movie, which was released on Netflix on September 24. It has received mostly positive reviews from critics.

On Monday, Vanessa appeared to be in high spirits as she headed to NBC’s Today Show to promote her new project. 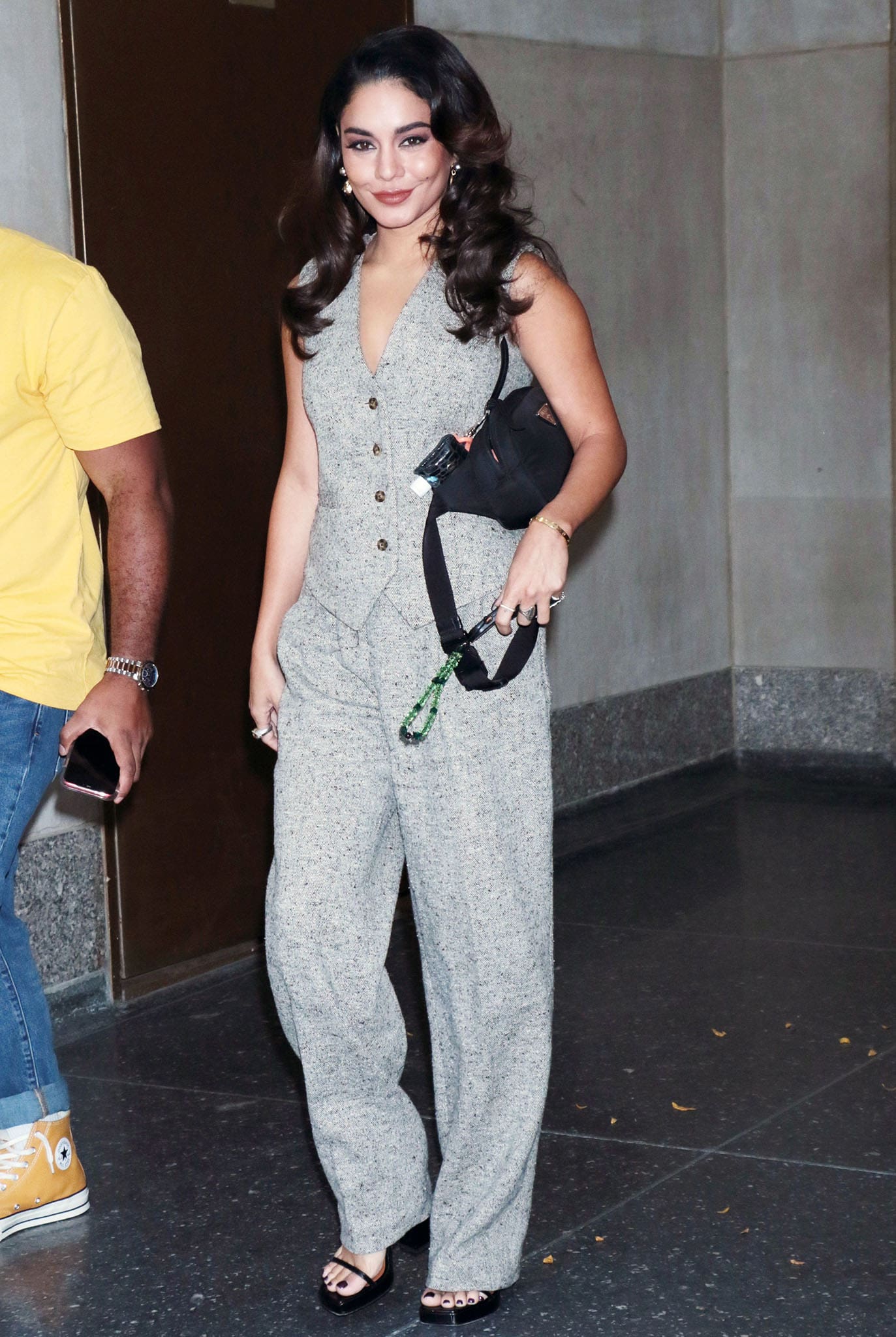 She opted for a ‘90s beauty look as she styled her brunette locks in side-parted bouncy curls and dolled up with light purple eyeshadow and a swipe of nude lipstick. 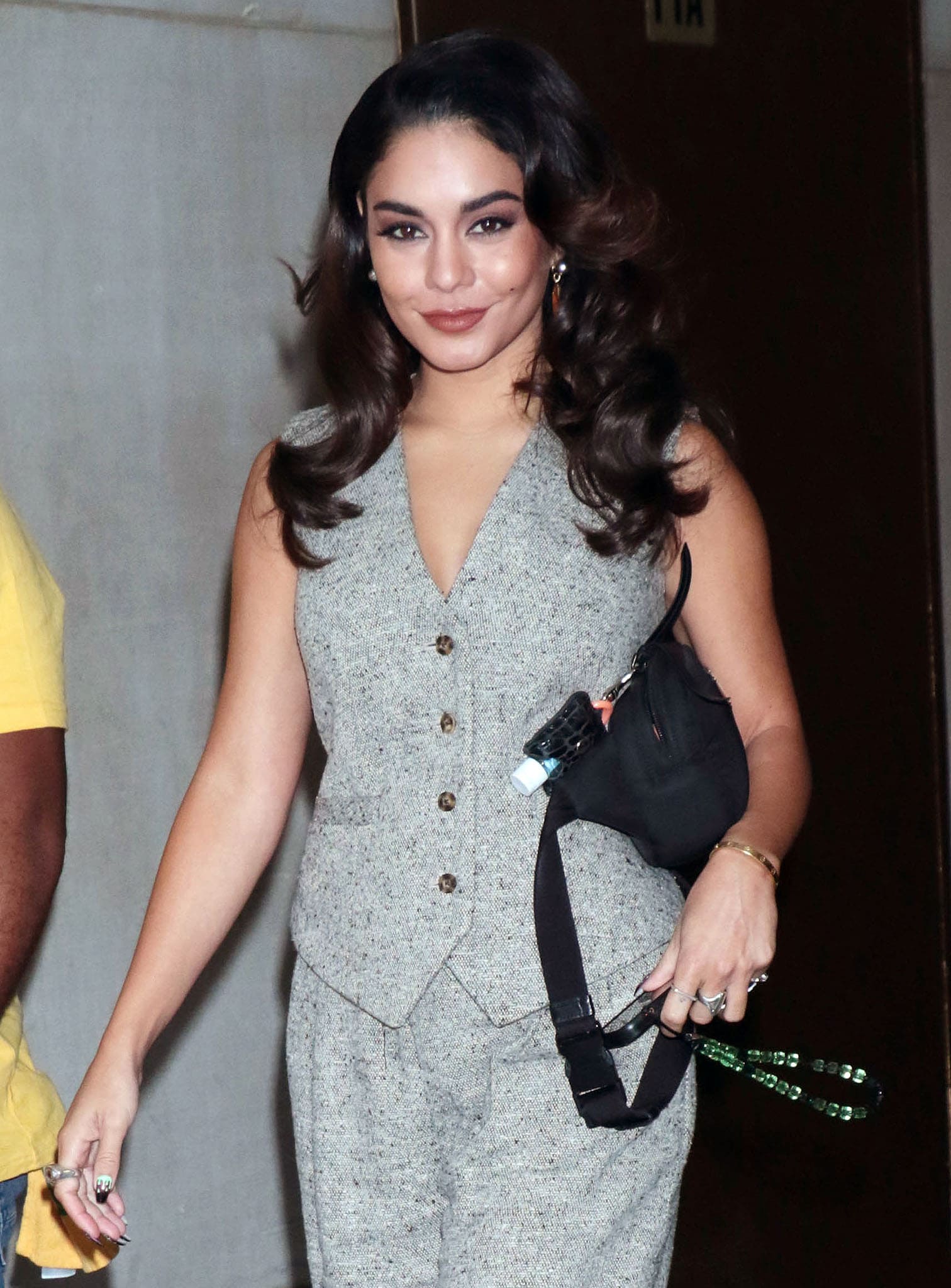 To complete her outfit, Vanessa showcased her black pedicure in a pair of platform sandals with open square toes and towering block heels. 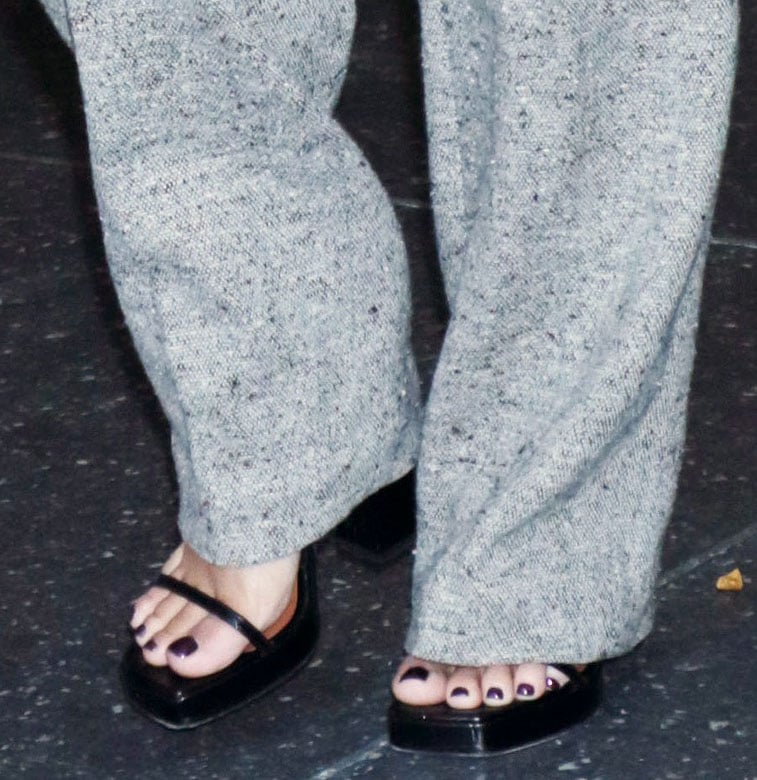 Vanessa also opened up about her boyfriend Cole Tucker, whom she first met during a Zoom meditation.

Describing her new romance as “the ultimate modern-day love story,” the Thunderbirds actress said: “It’s ridiculous. We met over Zoom on a meditation group. Like who are we, the most new-age couple ever.”

She added: “After our Zoom, I followed him on Instagram, and then I actually just did a deep dive, and two days later, he DM’ed me.”