She didn’t show up to the 2021 Met Gala as well as the New York Fashion Week last month, prompting speculations that she didn’t meet the venue’s COVID-19 vaccine requirement.

Just a few days later, however, Bella Hadid took to Instagram stories to share a photo of herself seemingly getting jabbed, shutting down claims about her refusing to get vaccinated. Adding a little sarcasm, she captioned her post: “ For anyone concerned.”

The runway staple didn’t explain why she did not attend the most-anticipated fashion events. Her sister Gigi Hadid, on the other hand, has been busy commanding the catwalks throughout the fashion month.

Bella Hadid spending some quality time with her brother Anwar Hadid and his dog Dexter at Manhattan’s Battery Park on September 24, 2021

Bella was also notably absent from the Milan Fashion Week. She was instead seen enjoying some bonding time with her brother Anwar in Manhattan’s Battery Park recently.

Turning the pavement into her catwalk, the 24-year-old supermodel flashed her toned abs in a black Alo Yoga Airlift bra ($58 at Alo Yoga) and a pair of black-and-yellow Adidas Break Away track pants.

She then styled the look with a logo-embroidered cashmere shrug from celebrated British designer Alexander McQueen, available to buy for $790 at Farfetch. 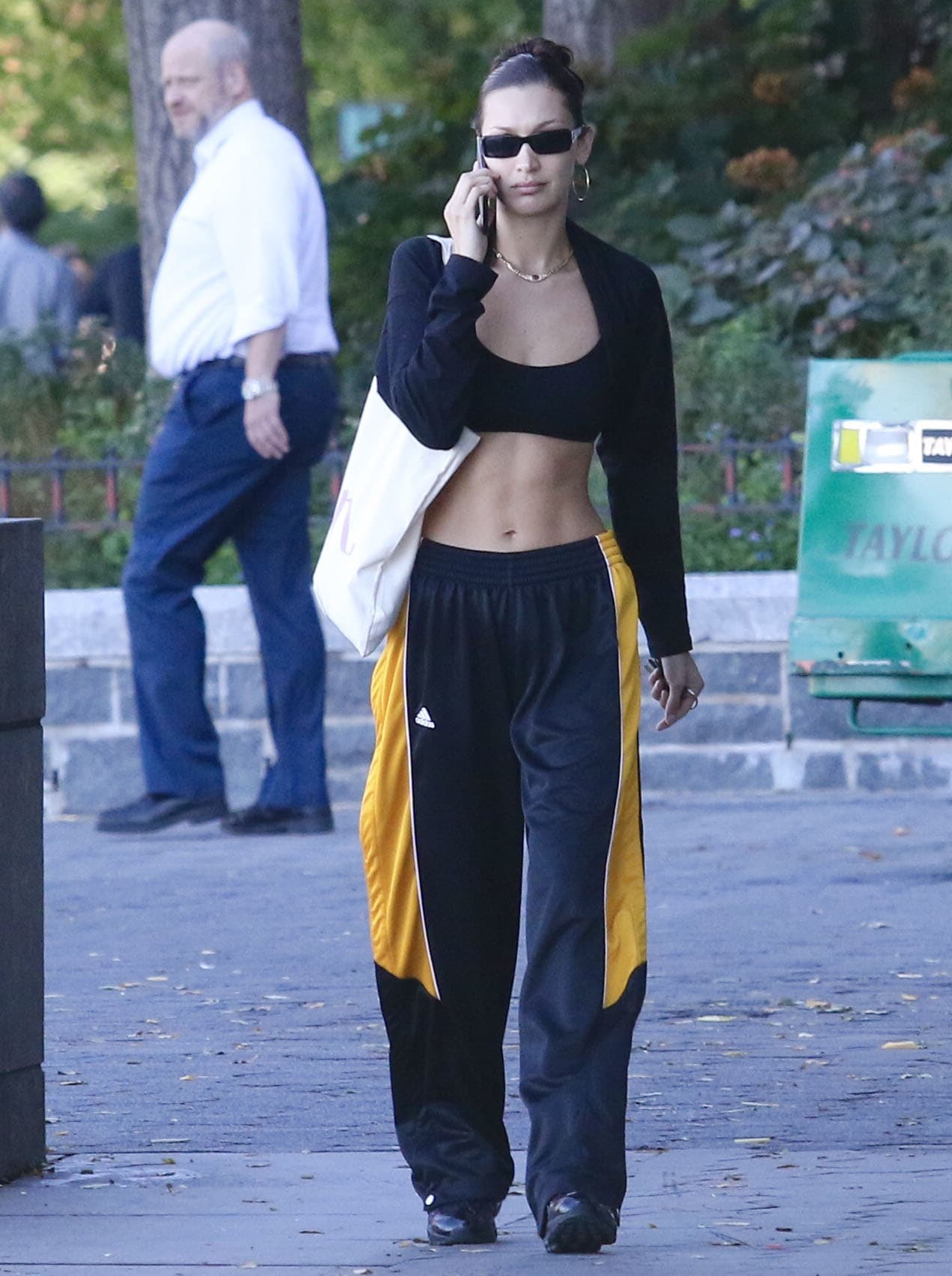 To amp up her athleisure, The Weeknd’s ex accessorized with a Bvlgari Ruby Diamond chain necklace and a pair of gold hoop earrings and hid her eyes behind a pair of Chanel black logo sunglasses.

She wore barely-there makeup for the outing and pulled her tresses up into a sleek updo with a $34 Emi Jay Big Effing clip in Aperol. 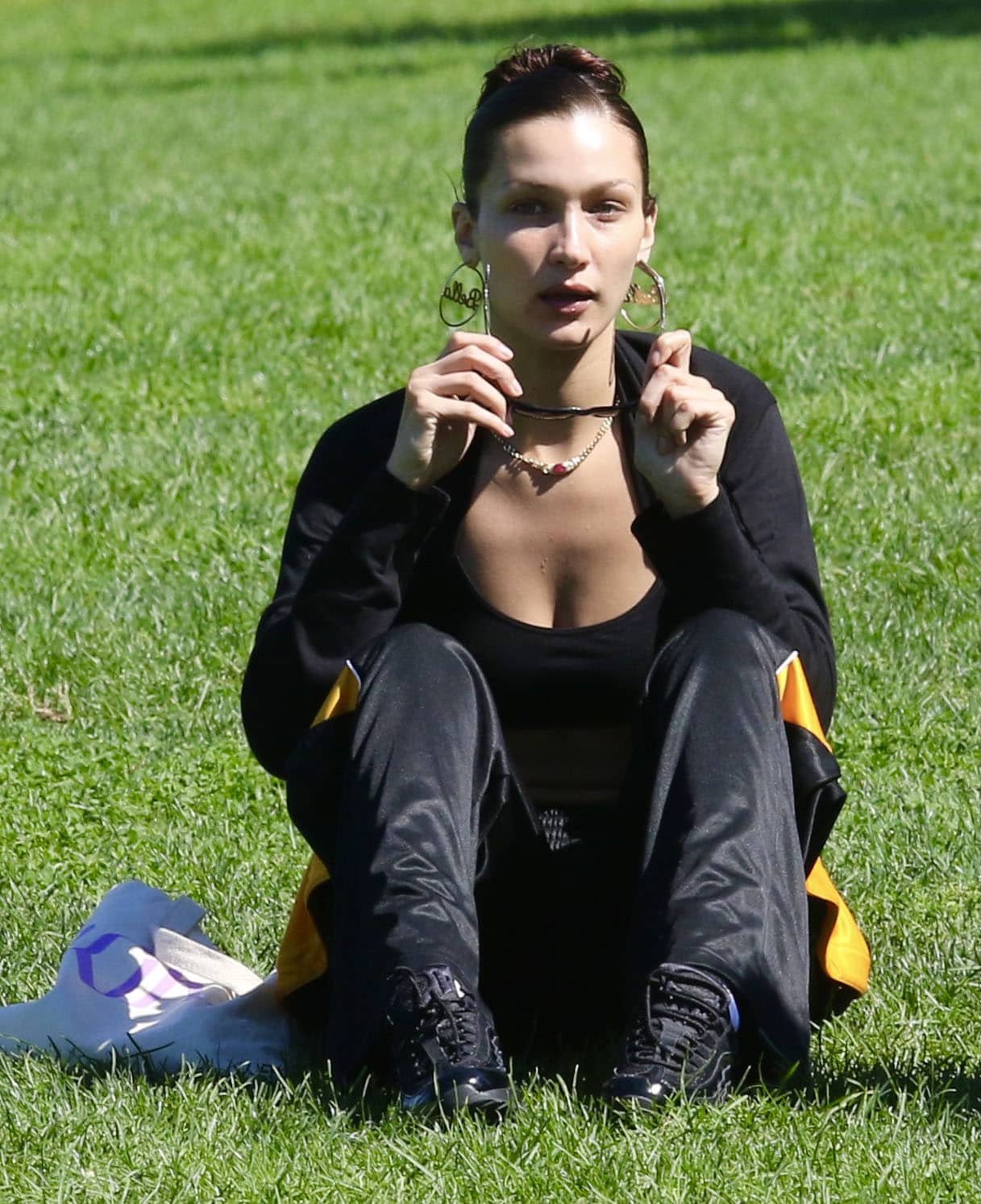 These sleek shoes have a caged design with a full-length VaporMax Air unit for cushioned support, lace-up fastening, the signature Swoosh logo, and reflective detailing. 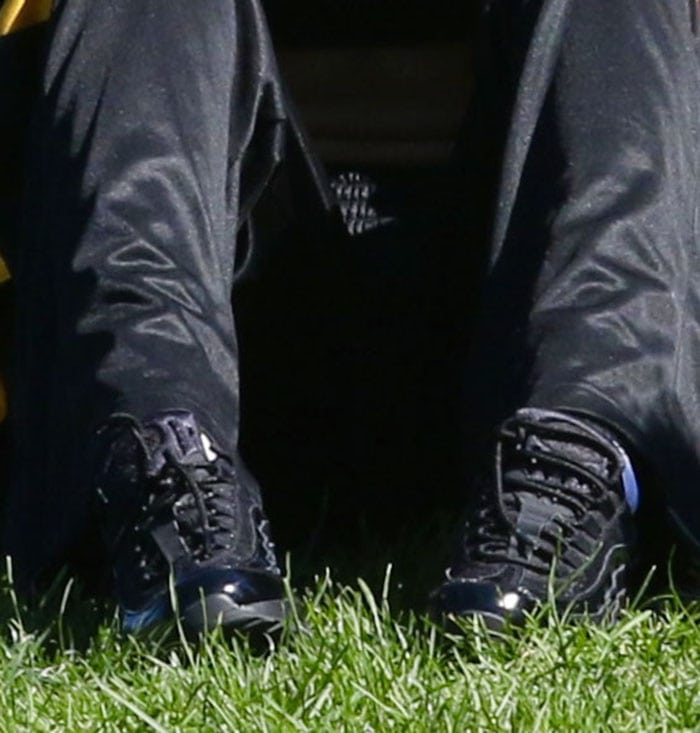 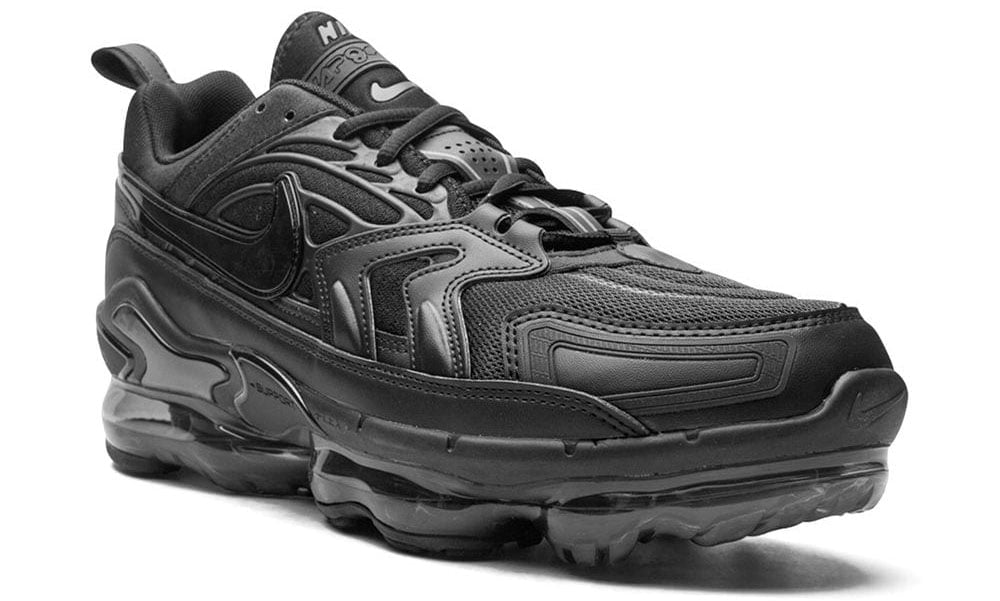 With a Triple Black colorway and a full-length VaporMax Air unit, this pair blends a sleek aesthetic with cushioned support

Missing from the outing was his girlfriend Dua Lipa, who made her runway debut at Versace’s Spring/Summer 2022 show during Milan Fashion Week. 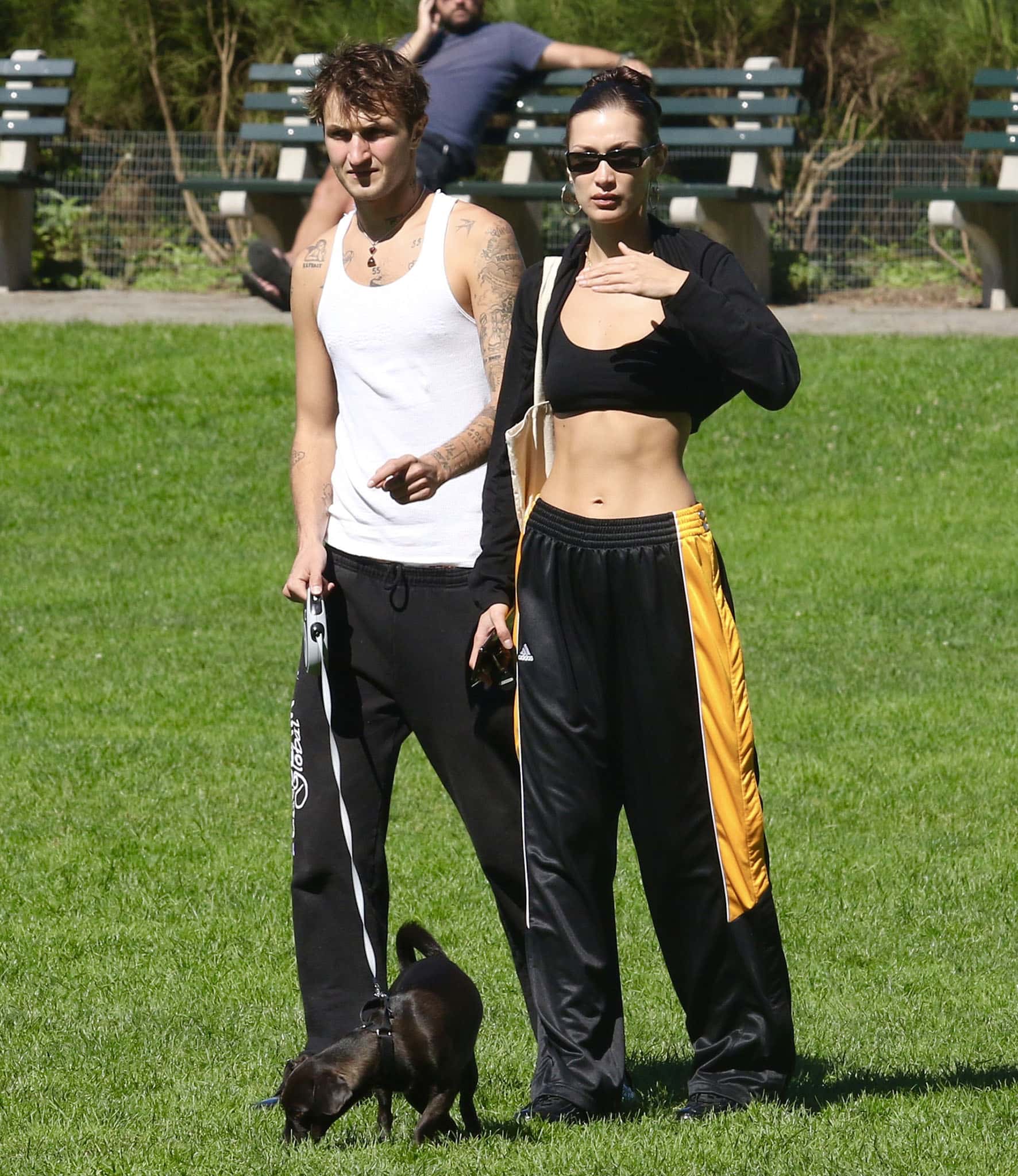