Joe Jonas and Sophie Turner are proving to be the coolest celebrity parents in NYC.

On Tuesday, the A-list couple showed off their cool mom and dad style as they stepped out in matching knitwear during a stroll around the city with their one-year-old daughter, Willa.

Channeling major 90s vibe, the Game of Thrones star, who’s taller than her husband, flashed her decolletage and flat abs in a $350 short-sleeved rib-knit cardigan from Calle Del Mar. 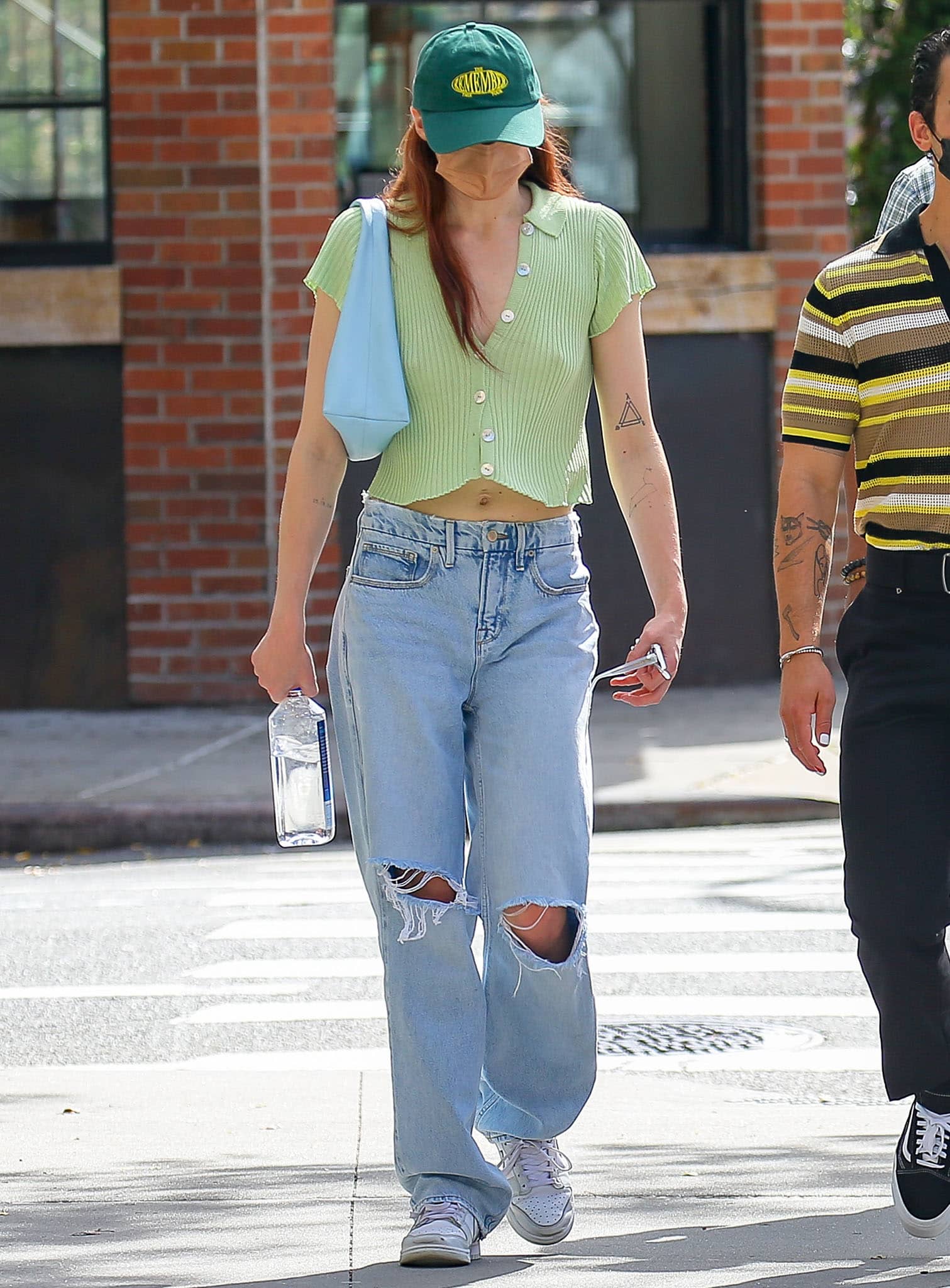 She teamed the breezy melon green top with low-rise baggy ripped jeans and a pair of Nike Dunk Low sneakers in Photon Dust. Originally created for hardwood, they later gained widespread popularity off the court.

Done in understated white and gray tones, the Nike Dunk Low boasts the OG aesthetic with the traditional woven Nike tongue tag, embroidered Nike lettering on the heel tab, and rubber outsole with a traction pattern. 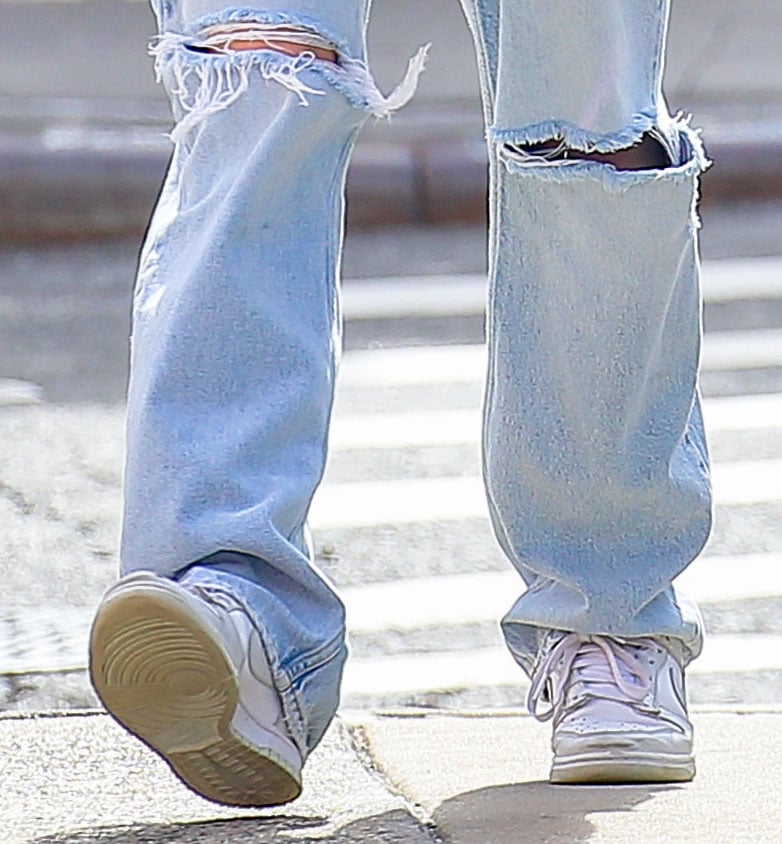 Keeping things casual, Sophie hid her red tresses underneath a $35 green Remember This Dad hat from the Jonas Brothers’ Remember This tour merch.

She then wore a Maskc Neutral face mask below her chin and carried a $325 pastel blue “Enzo” mini leather tote from Staud. 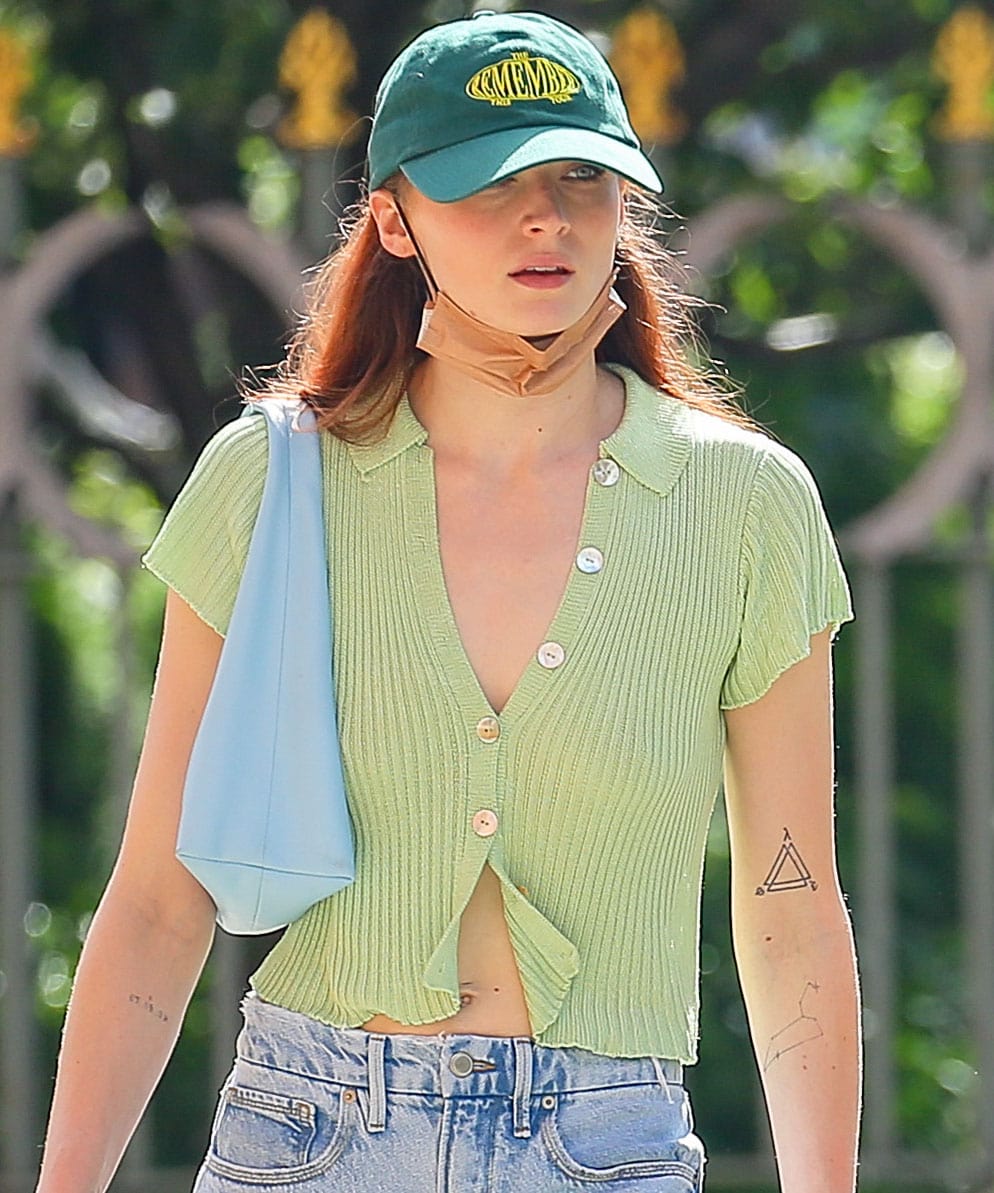 He tucked it into a pair of belted black slacks, finished with black Vans Old Skool sneakers. 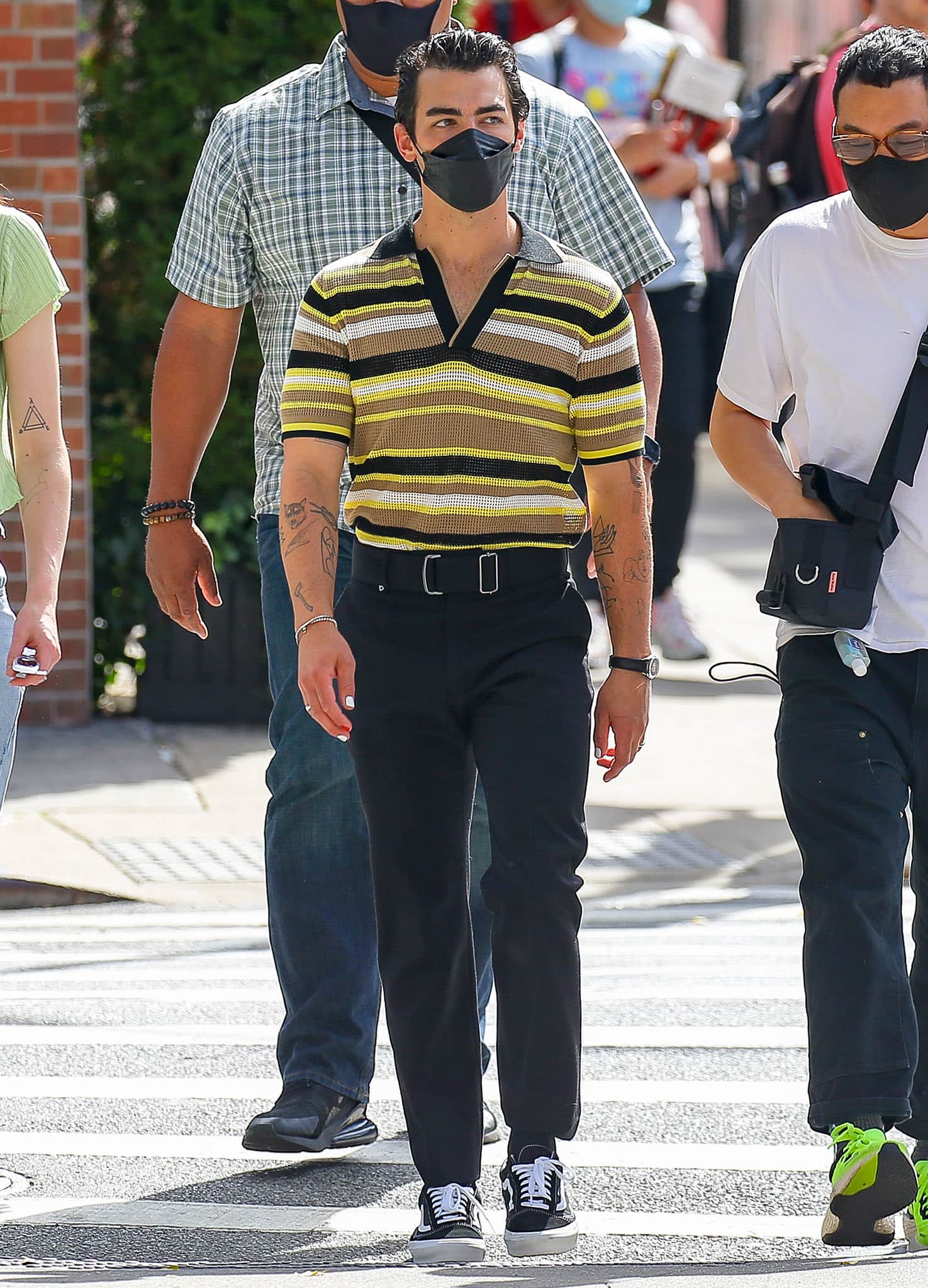 Their outing came a few days after purchasing a waterfront glass mansion for $11 million in Miami.

Just recently, the couple sold their 15,000 square-foot Encino, California mansion for $15.2 million—making it the second-most expensive sale ever in the San Fernando Valley neighborhood. 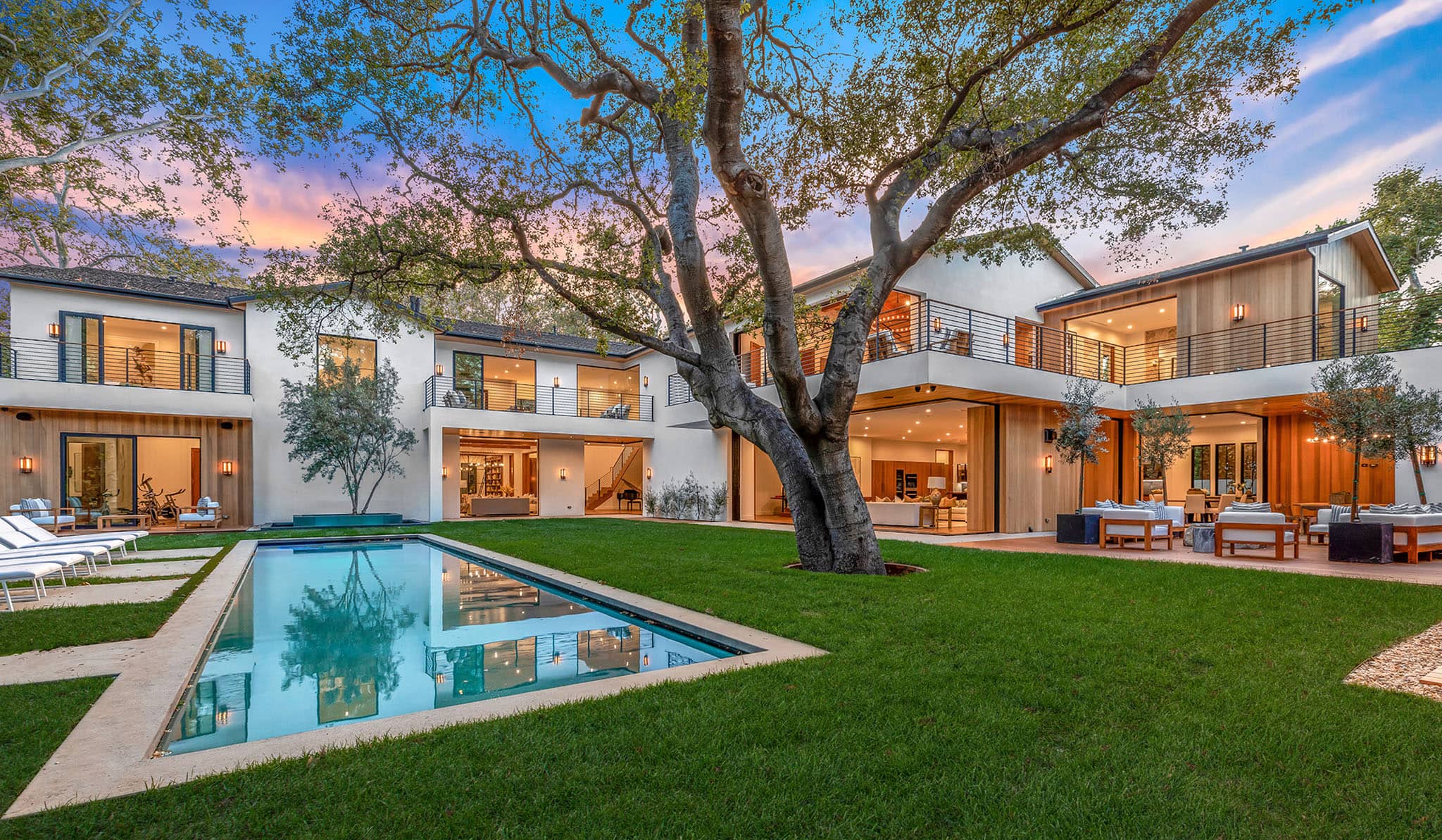 The couple managed to profit $1.1 million from the sales after paying $14.1 million for the mansion when it was built in 2019. 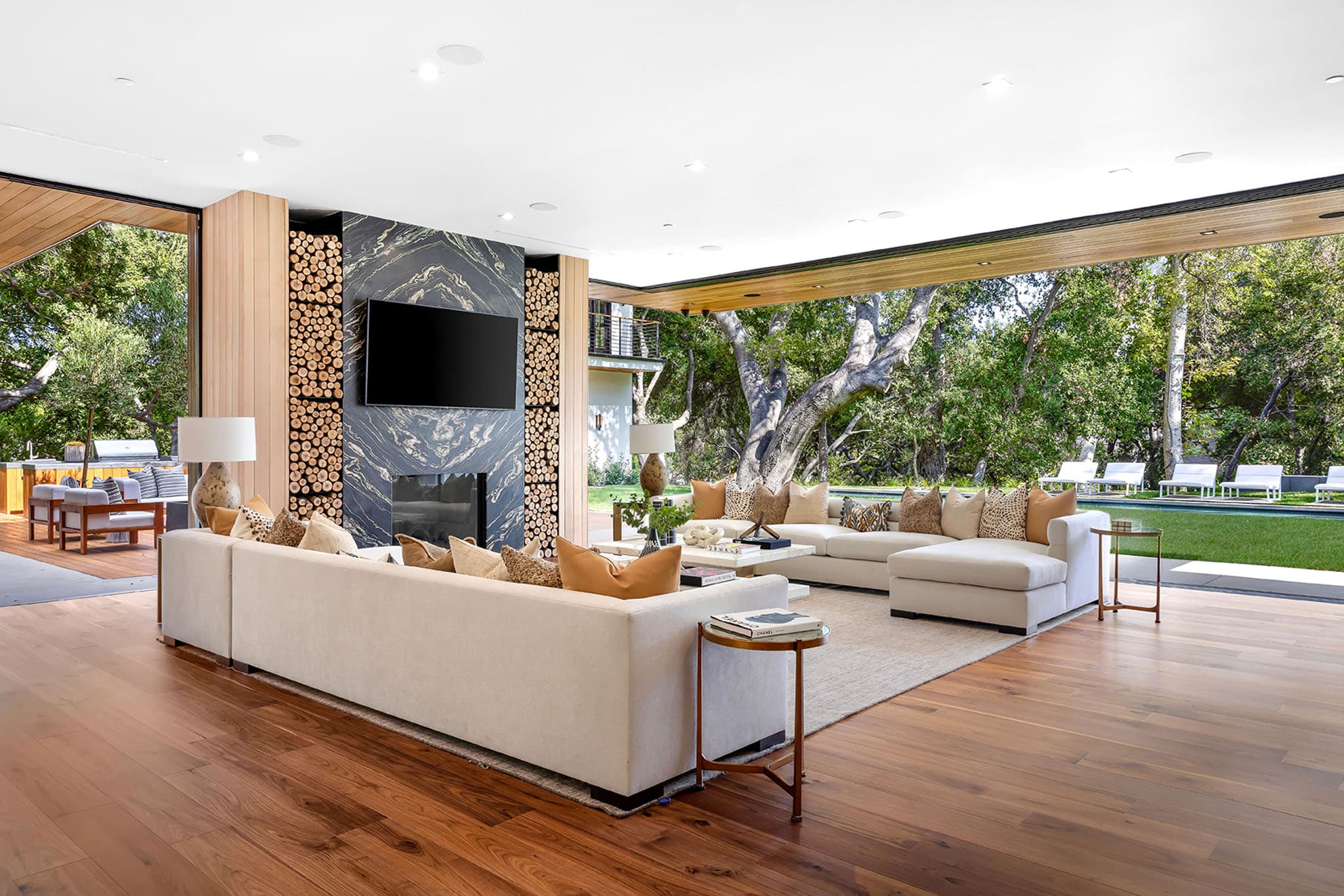 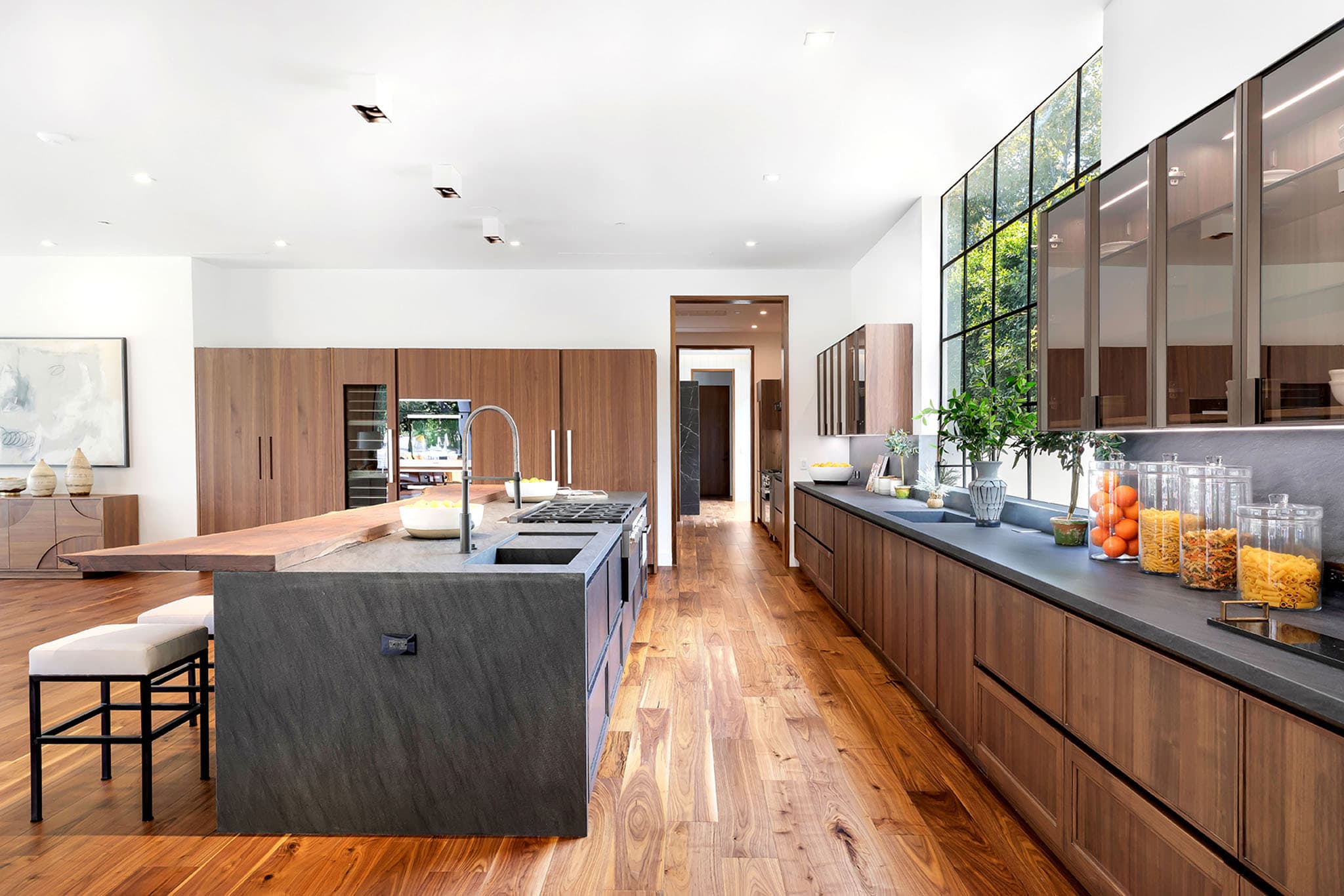 The mansion has 10 bedrooms, 11 full bathrooms, 3 half bathrooms, and an open kitchen (Credit: Mega / WENN)