Showing off her feet in golden mosaic-embossed Aquazura Fenix pumps that you can buy for $750 at Mytheresa and Farfetch, Catherine, Duchess of Cambridge (aka Kate Middleton) attended the No Time To Die world premiere at Royal Albert Hall on Tuesday in London, England.

Catherine, Duchess of Cambridge, Prince William, Duke of Cambridge, Camilla, Duchess of Cornwall, and Prince Charles, Prince of Wales at the World Premiere of “No Time To Die” at the Royal Albert Hall on September 28, 2021, in London, England (Credit: Avalon / WENN)

Joined by Prince William, his dad Prince Charles, and Camilla, Duchess of Cornwall, the 39-year-old member of the British royal family stunned in a custom embellished Jenny Packham cape gown. 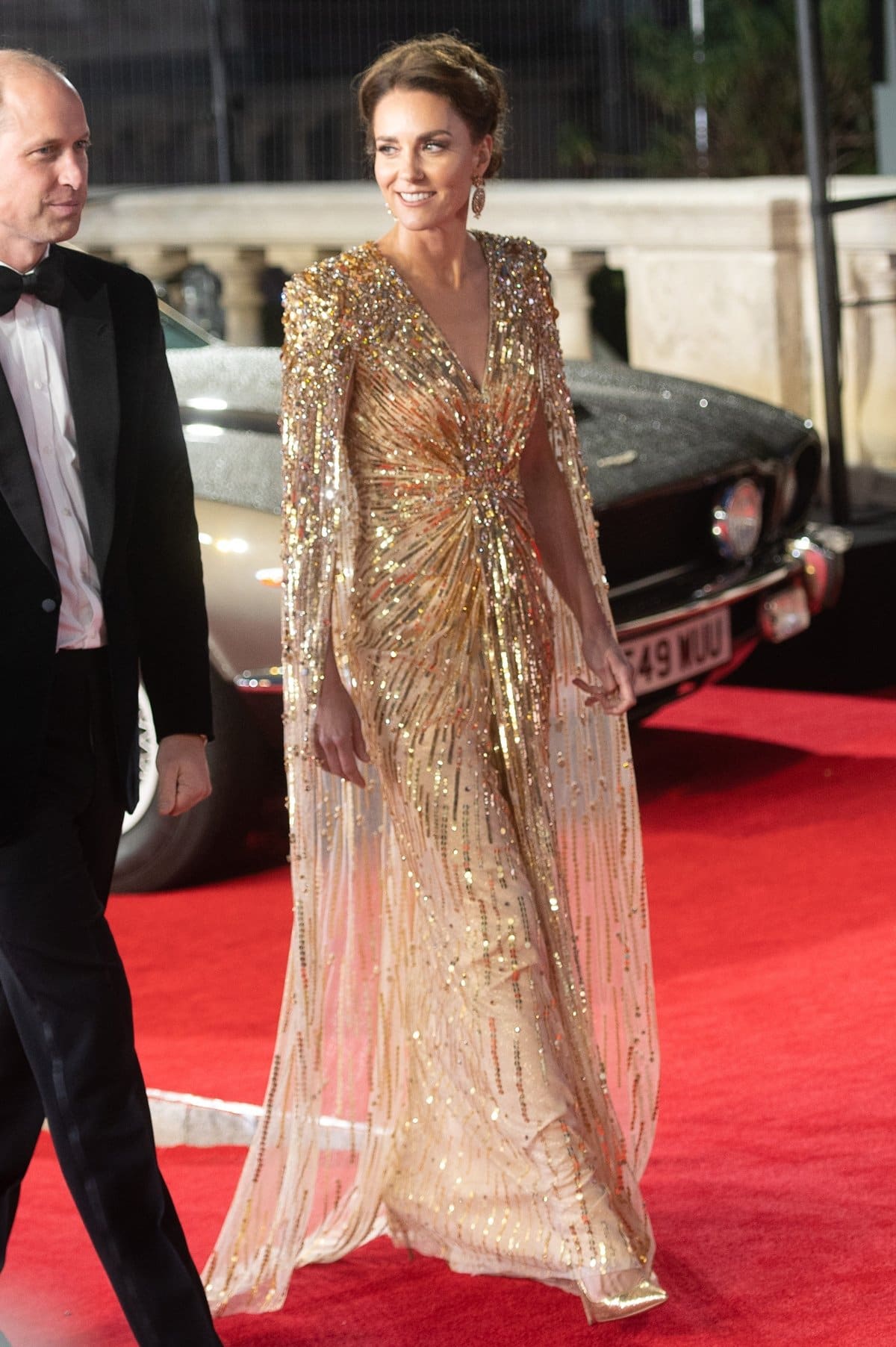 The 25th in the James Bond series and Daniel Craig’s fifth and final outing as the fictional British MI6 agent, the spy movie was originally scheduled for release in November 2019 but was delayed due to the global outbreak of COVID-19. 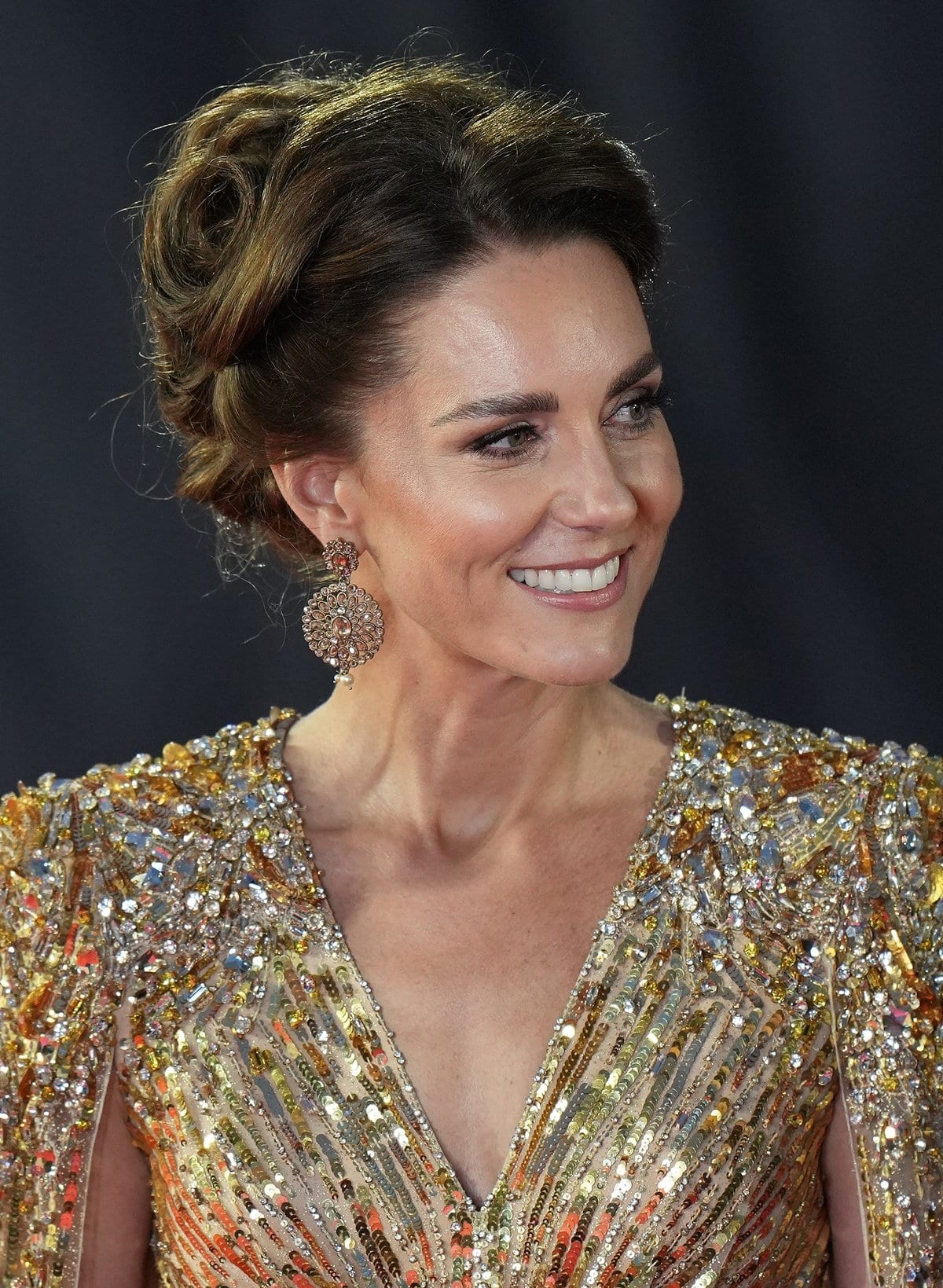 Catherine styled her spectacular gown with her favorite O’Nitaa earrings. She also opted to wear a Jenny Packham dress to the Spectre premiere in 2015. 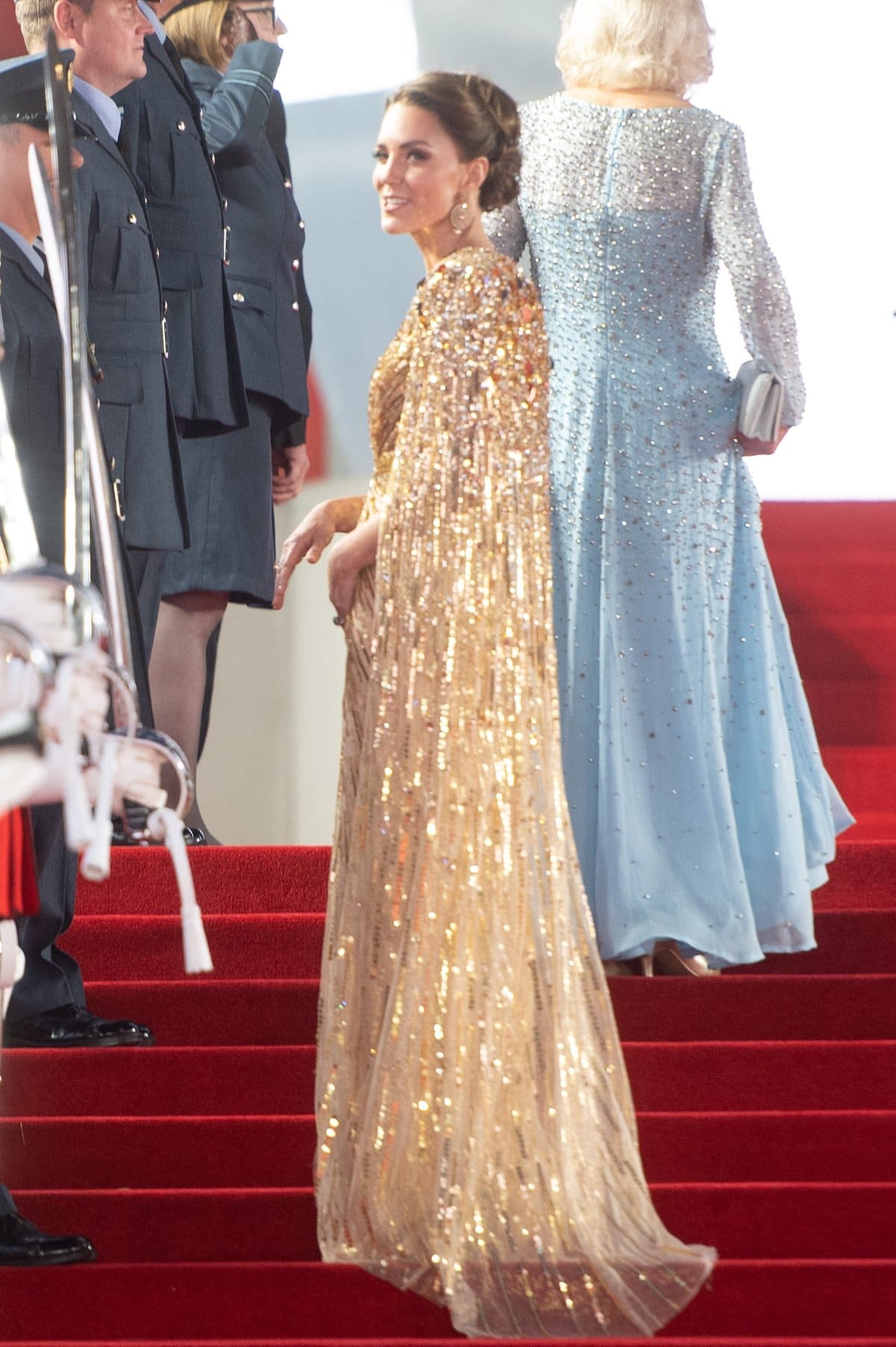 The signature Fenix pumps from the popular women’s shoe brand feature piercing point-toes, vertiginous 105mm soles, and a trio of cut-outs along with the collars.

They are also available at Farfetch and Mytheresa in a wide range of other colors, including black, blue, and green. 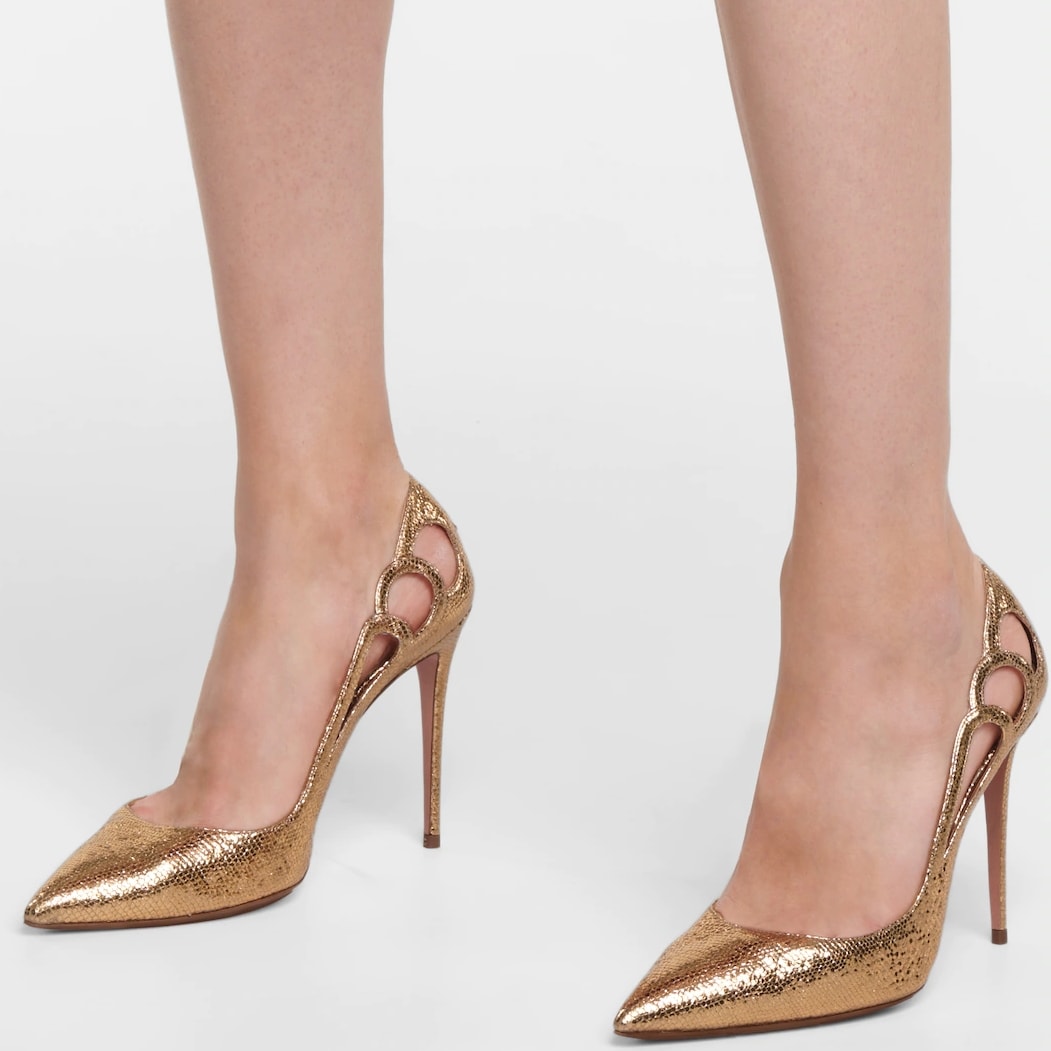 A few days earlier, Kate enjoyed a game of tennis with US Open champion Emma Raducanu during a homecoming event held at LTA’s National Tennis Centre in London, England. 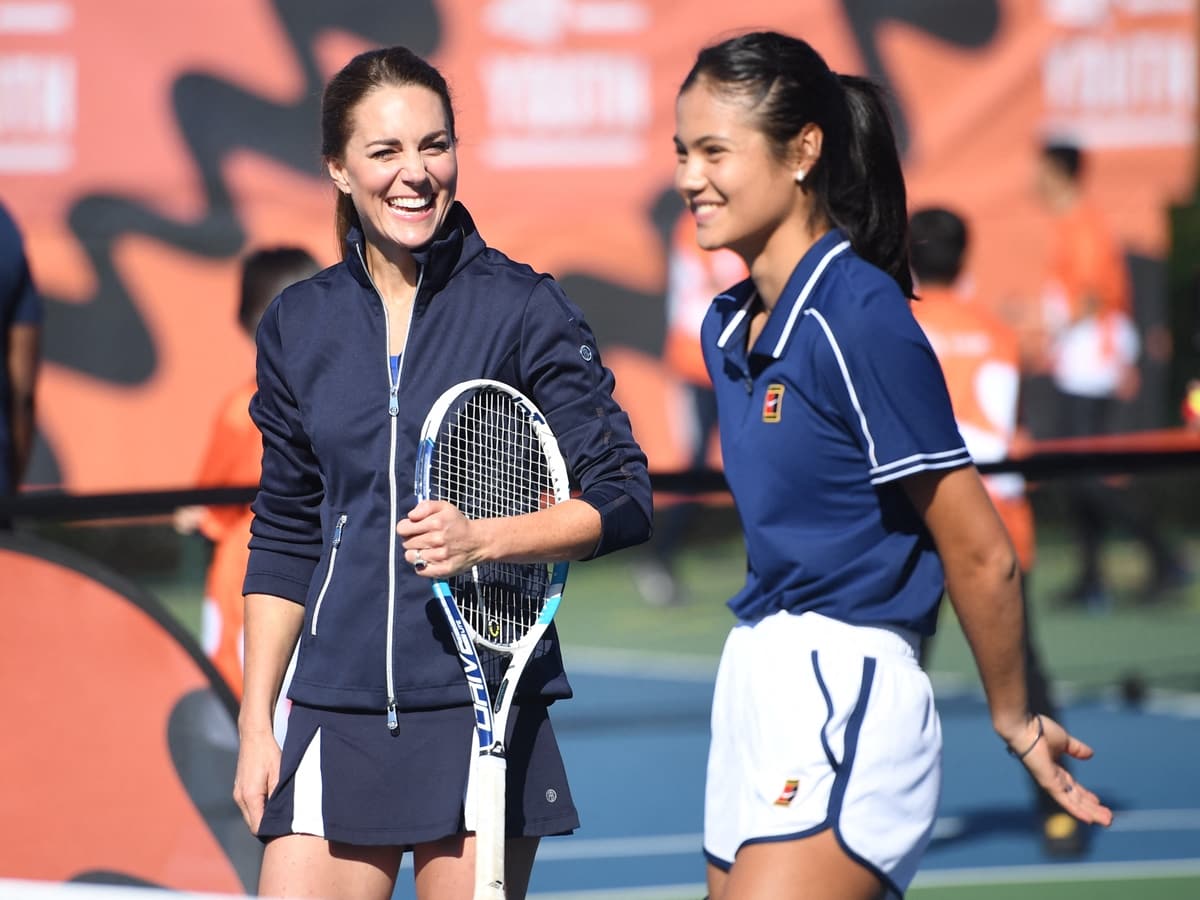 For the occasion, Kate wore a pique skort and polo shirt by designer brand Poivre Blanc and white On The Roger Centre Court court-tech street sneakers designed in collaboration with tennis icon Roger Federer. You can buy her shoes at Nordstrom. 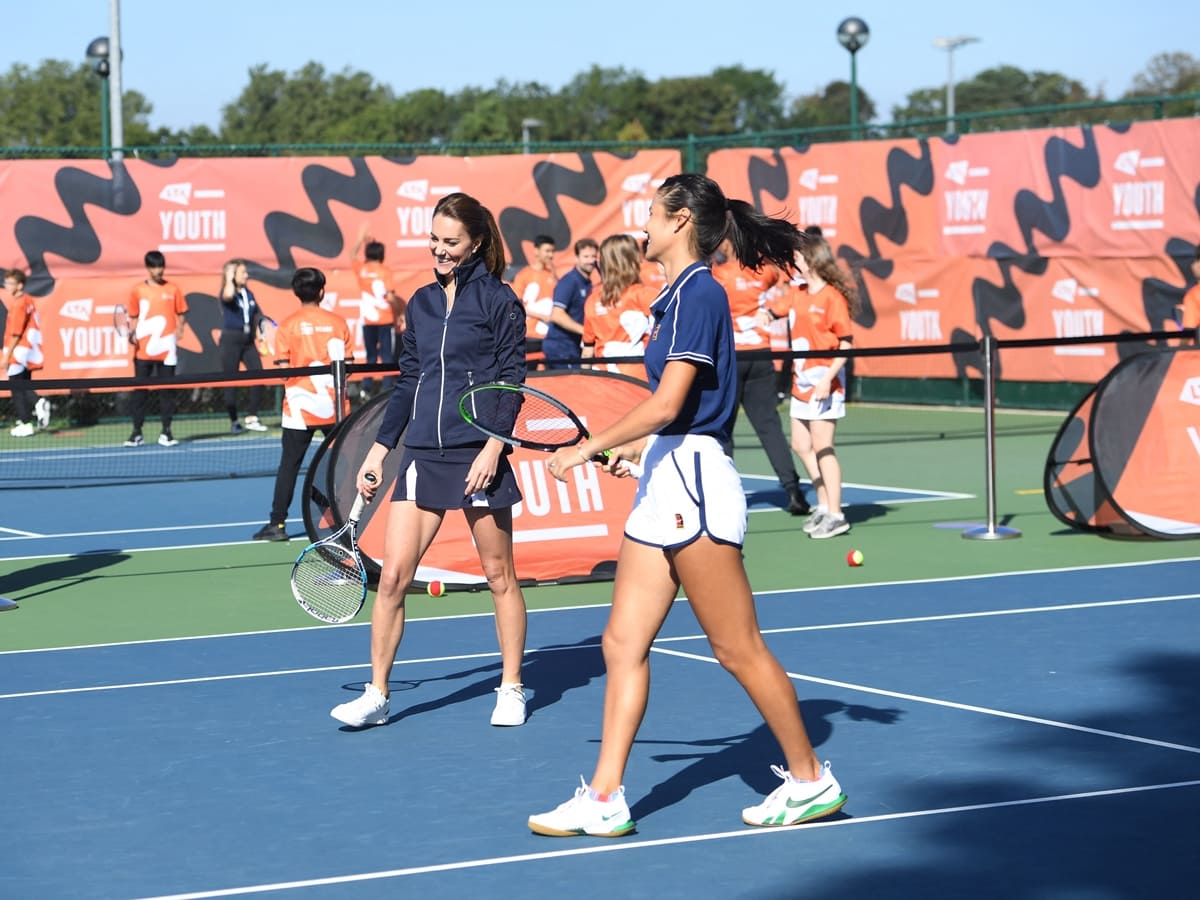 “[Tennis] inspires young people including myself. Every time Wimbledon is on I am thinking, ‘Yes, I could do the same’ and get out the racket. Sadly, not the same results,” she revealed in the Sue Barker: Our Wimbledon documentary. 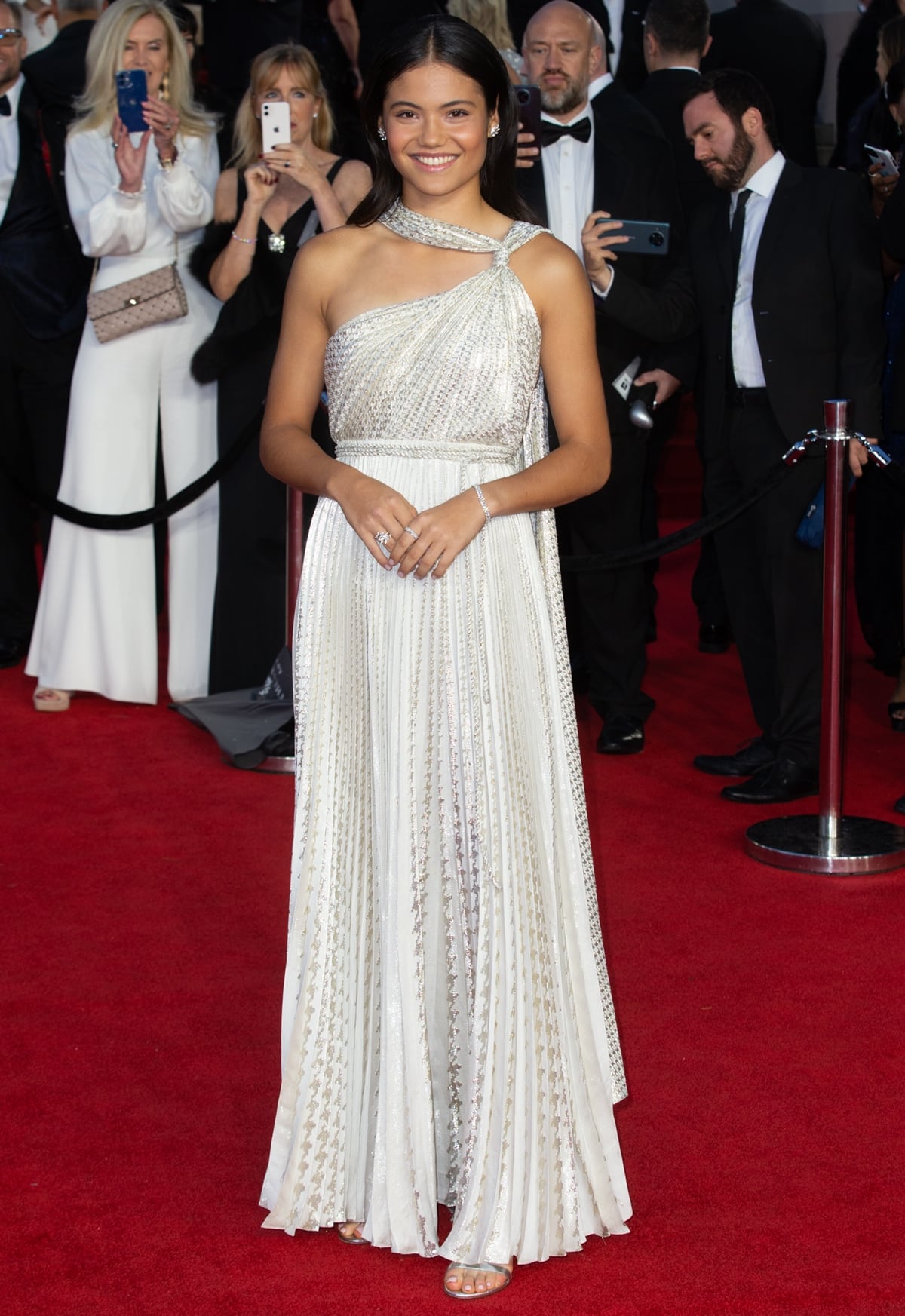 Emma Raducanu in a white embellished Christian Dior Resort 2022 dress at the world premiere of No Time To Die held at Royal Albert Hall on September 28, 2021, in London, England (Credit: Avalon / WENN)

After her win at the 2021 U.S. Open on September 11, Kate Middleton wrote a personal note of congratulations to Emma Raducanu.

“Huge congratulations @EmmaRaducanu on your stunning performances and historic Grand Slam victory! Incredible –we are all so proud of you,” the British royal captioned an Instagram image of Emma holding up the championship cup after beating out Canada’s Leylah Fernandez. 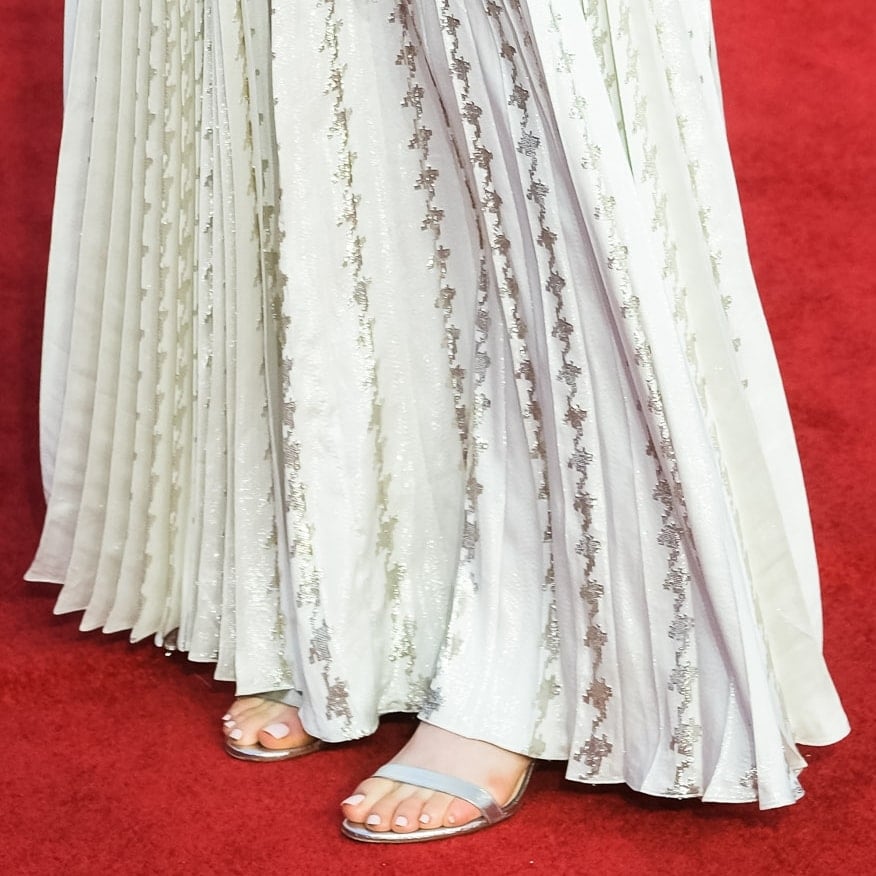