Inspired by levitation illusion, which is a trick performed by magicians to make an object or person appear to be floating in the air, Christian Louboutin’s colorful Papagaya Levita ankle-strap wedge sandals are now available at Neiman Marcus and Nordstrom. 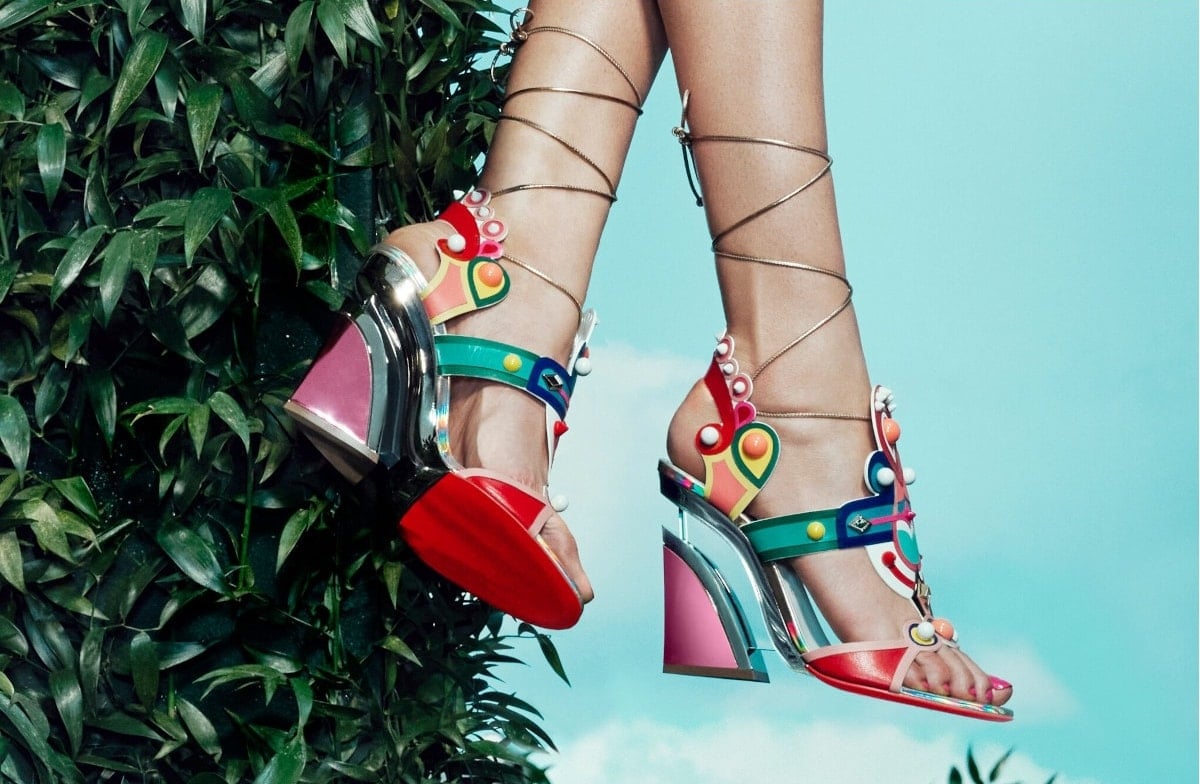 They are adorned with fancy decorations and feature a bricolage of studs and spikes. The transparent center bar at the wedge 100mm heel and gilt trim create a striking visual levitation illusion effect.

A street entertainer amazes shoppers on Galway’s Shop Street in Dublin, Ireland, with his apparent ability to levitate (Credit: WENN)

Would you wear these fun and summery shoes from the French shoe designer? They truly showcase his creativity and attention to architectural details!